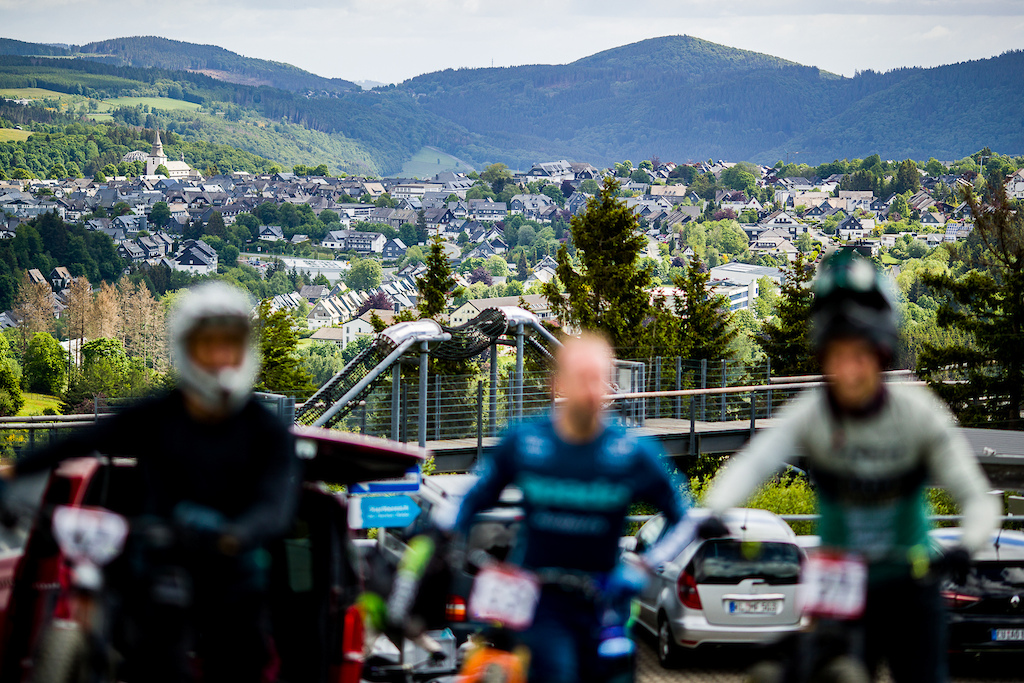 4X ProTour Round 2 - Winterberg
Words & Photography // Charles A Robertson
Last week saw the 2022 4X ProTour visit rough, rocky and ridiculously wet Fort William, this week for round 2, the polar opposite. Those with a keen interest in mountain biking will know Winterberg for the plethora of 4X ProTour's and IXS Downhill Cups. It's the epitome of a European bike park and after a few tweaks during the pandemic, there's now a hell of a 4X track.

Starting out the gate and you're straight into 3 randomly spaced logs. No, not log drops, just raw logs you have to pick up over. Then a bit of a controversial line where you drop into the old flow line. The reason it's controversial is that there has to be an advantage. If you're in gate one you are essentially dropping in mid berm with a short sharp drop. By the time you get out to gate 4, it's a constant gradient that you can drive the pedals all the way down. If you're struggling to picture it, think of those donned in lycra at the velodrome. Essentially if you're high up the banking and stay wide, you have a very long downward ramp to drive the legs for a very quick high speed, the compromise being that your acceleration is nowhere near what it would be if you were to plummet down towards the centre. This stumped quite a few riders and was only figured out by the time the round of 16 was raced. (Spoiler, if you're good enough, think the top pro's, you can pump it hard enough for a quick speed boost to get you that snap from gate 1).

Now that you're on the jump line you've got some big old senders. Firstly a table which hips left meaning gate 1 is on the rider's left, then immediately into a step up. If you find yourself in 1st you're on the brakes and covering the inside right hand 90-degree corner. You then forgo the jump line for an off-camber left before crossing the road and dropping into 2 absolutely rapid switchback berms. The second of which finishes with a shark fin to stepdown. You can probably guess why the fast berms were required, a super booter is up next, the one often Dirt Masters used for the whip off's. Again, this gave an interesting decision, do you go right with the more mellow take off, meaning less time in the air, quicker yet setting you up poorly for the following right-hand turn? Or do you hit the proper kicker on the left, get sent to the moon but have a perfect line for the following corner?

Following the super booter to the moon, is a long right-hander into an off-camber knuckle taking you onto the grass which, if the weather had been poor would have provided some entertainment for the crowd. After that, you're into another quick left-hander with a decent take off to get you over the road gap. A few very quick switchbacks later and you're at the finish. 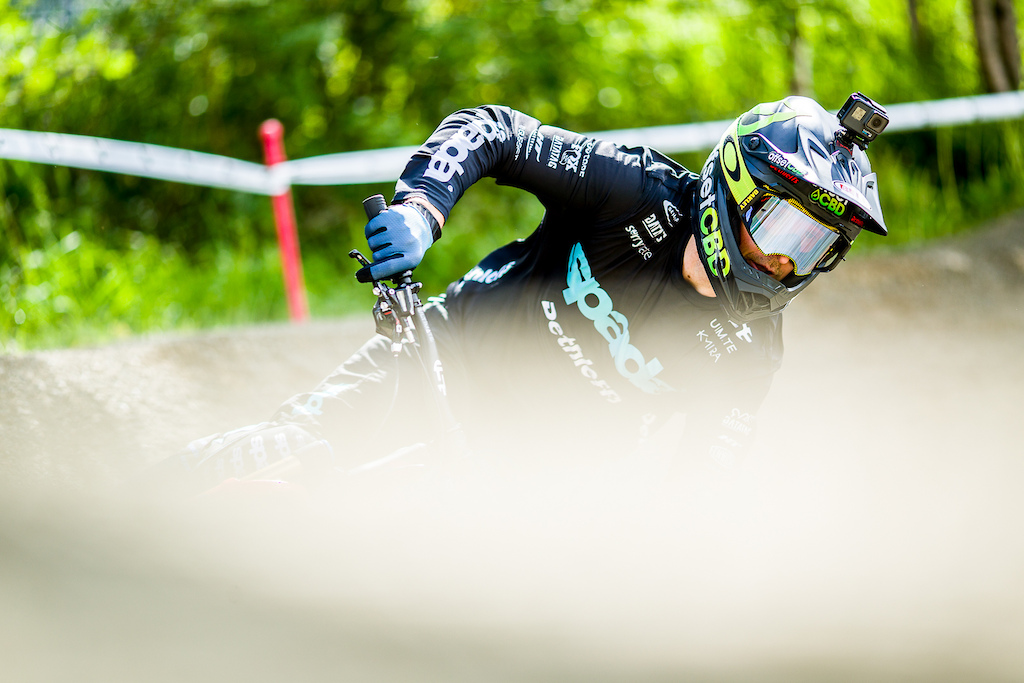 Fifth place went to veteran of the sport Scott Beaumont. Speaking with Beaumont after the fact, he was happy with the run given the conditions but left a good bit on the table. The extremely strong gusts of wind coming from the east that were unpredictable meant odd riders were being hit with a side wind on most of the big jumps. Scott decided after a very near miss in his last practice run that he would ride with a bit of caution and keep as close to the deck as possible rather than potentially end up in the back of an ambulance. 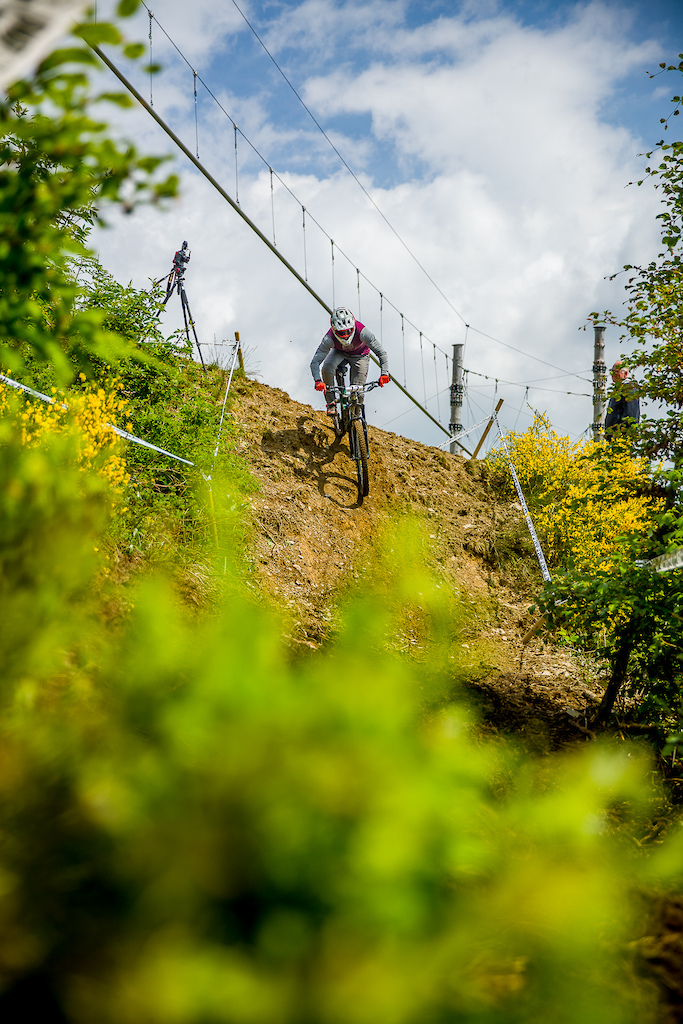 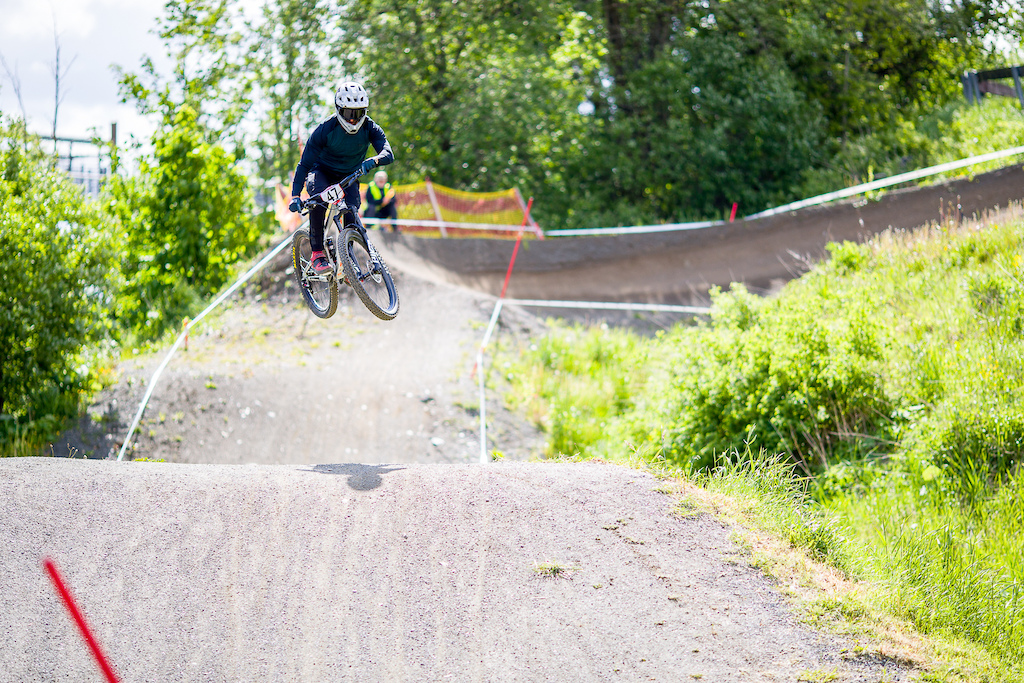 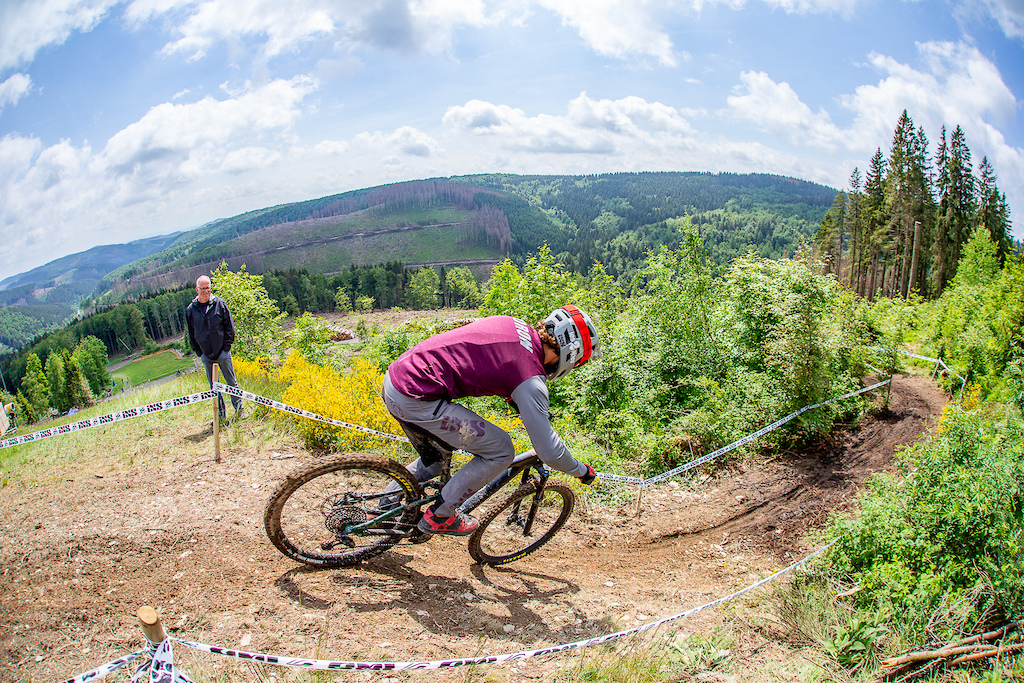 Adrien Loron was getting the most amount of bike time and exposure for his sponsors IXS competing in both the IXS Downhill Cup and the 4X ProTour. It would appear one of the benefits of being a trail builder is that you inherit a decent engine, after rattling out runs on the DH, Loron managed to qualify 4th. 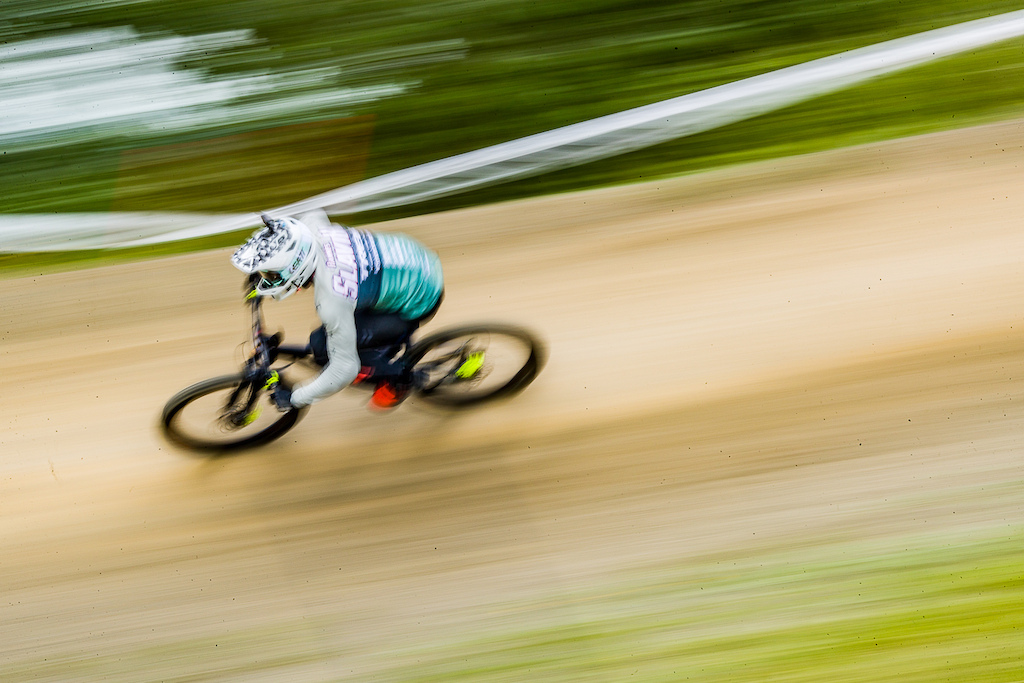 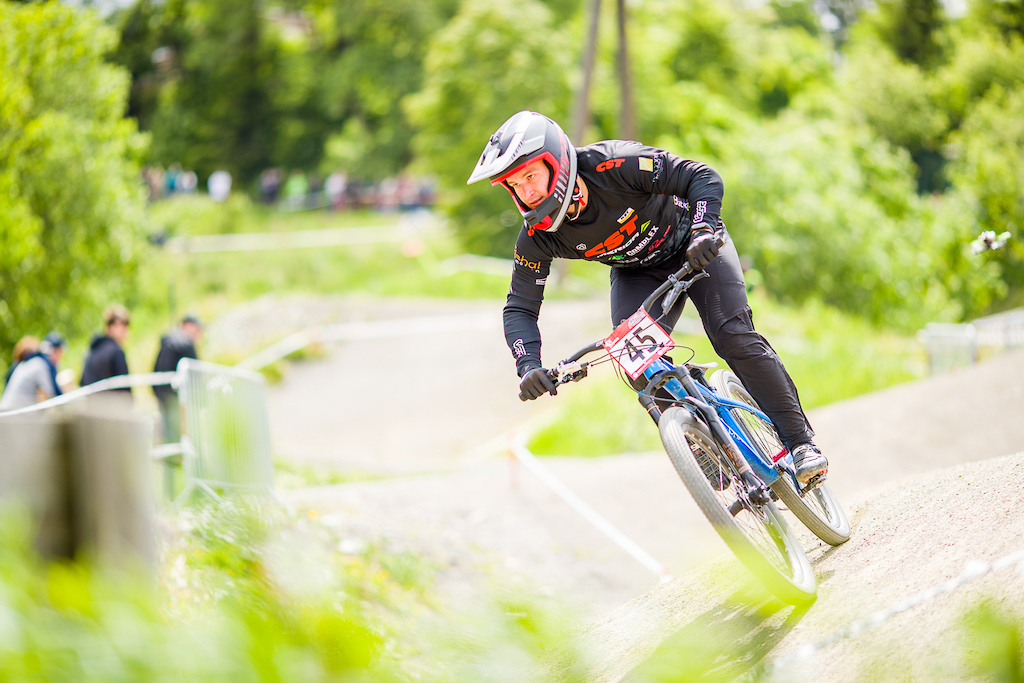 Shout out to Gustaw Dadela who had an absolute stormer of a run, qualifying second and being the only rider in the top 5 on a hardtail. 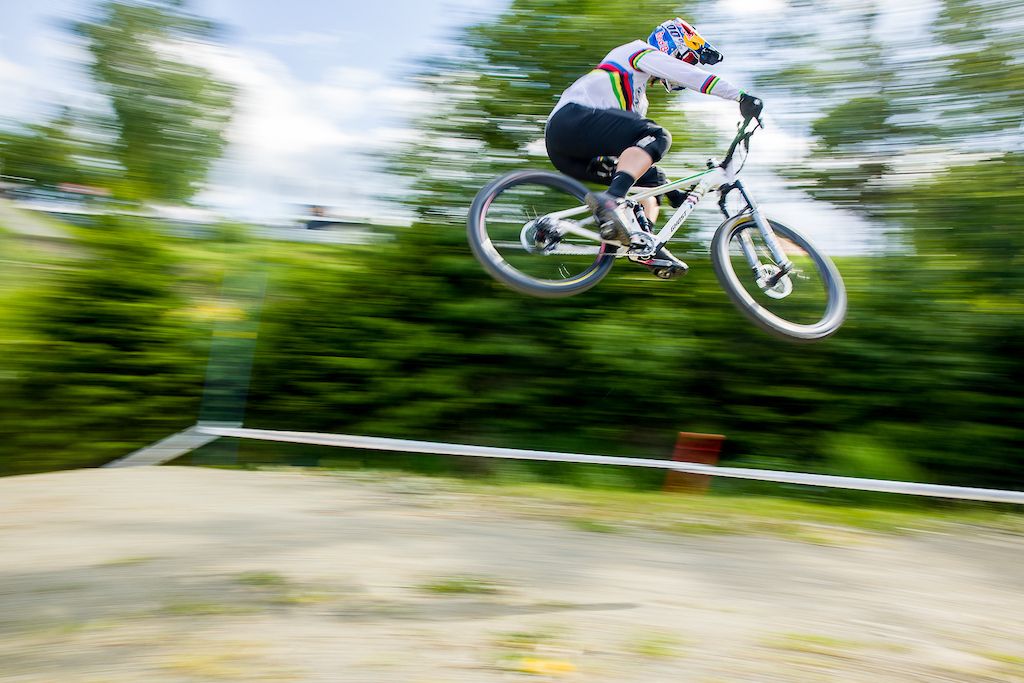 The man that can... Thomas Slavik putting over 1.2 seconds into everyone and taking P1. Perhaps he was out to prove a point, or maybe he was just rectifying the P2 qualifying at Fort William. Watching Tomas through practice, he's a crafty fox. The super booter on the mid part of the track, he was the first to figure out that there was time to be saved by taking the left line but rather than sending it to the moon he would cut the lip of the take-off out by turning to the right. Barely in the air, even wider set up for the next right and being on the pedals straight away. 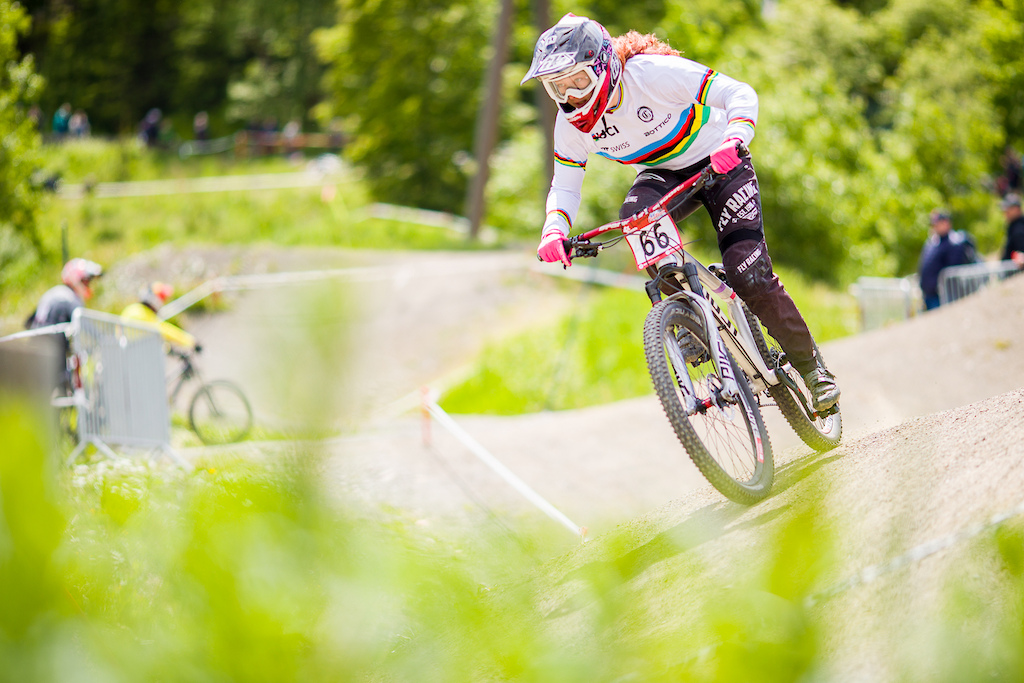 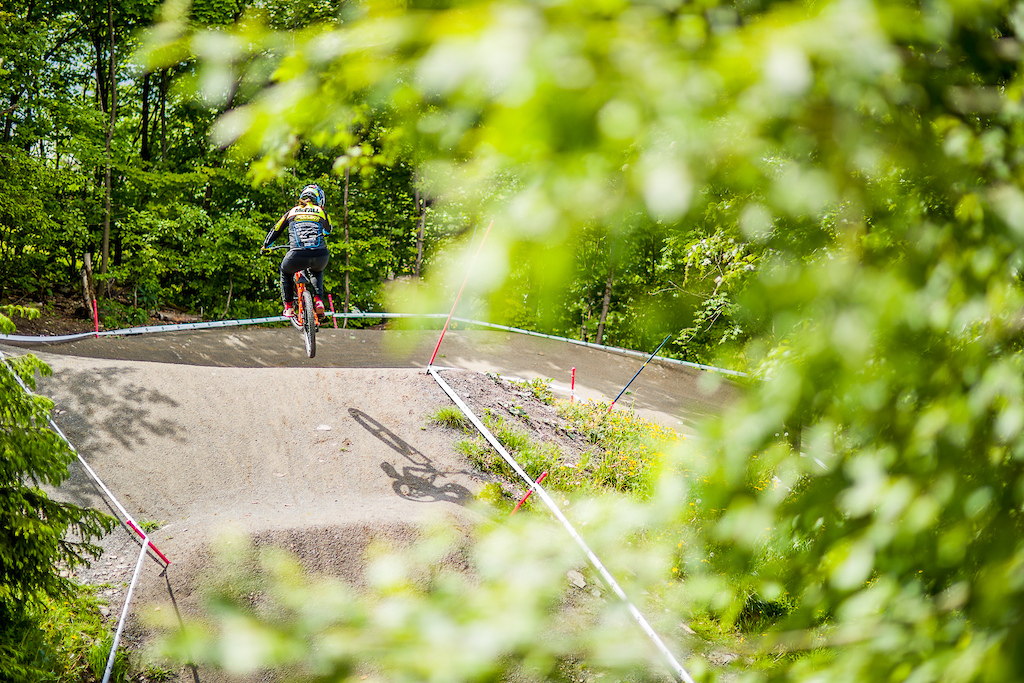 Josie Mcfall's willingness to commit the time to turn up a few days early to get practice in clearly paid off winning the women's qualification by almost half a second. 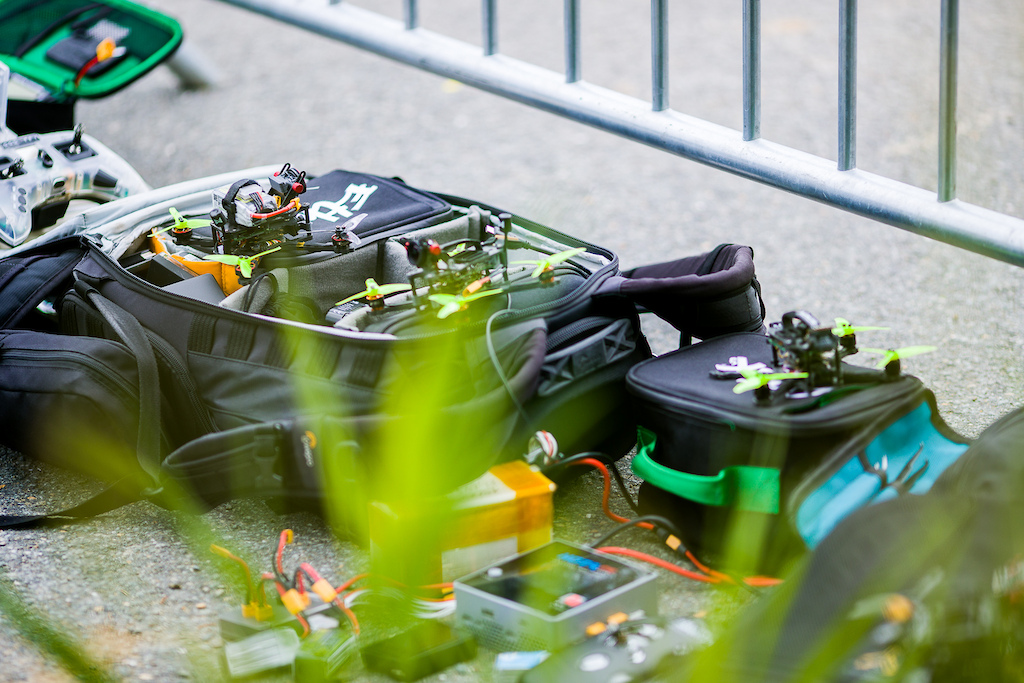 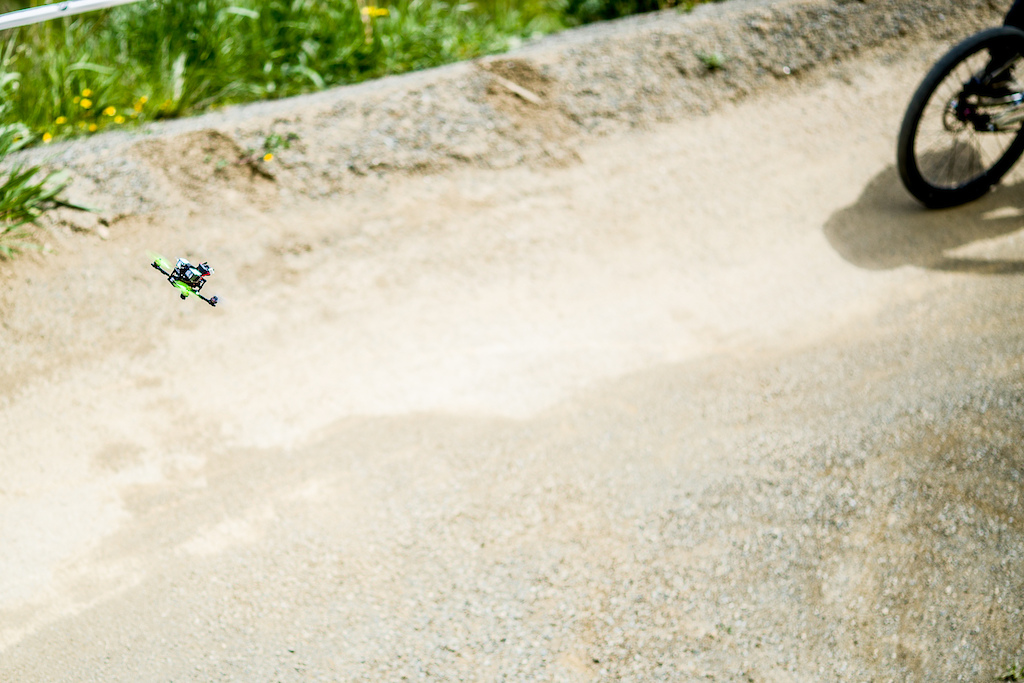 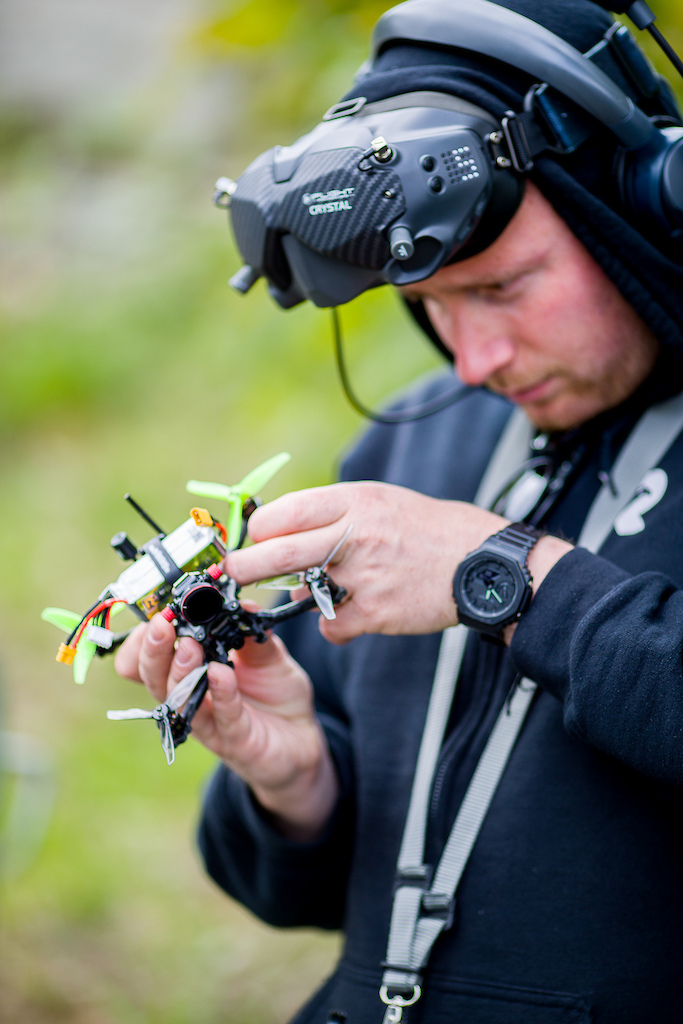 The 3 man team from Red Kyte Media were working/flying flat out through qualifying. They would have 1 operator flying a drone from the start gate to the road crossing, another operator from the road crossing to the road gap and a final operator covering the roadgap to the finish. I managed to get a quick glance of the footage and as you can imagine, it's awesome. An incredible way to show the sport. Once their edit is live I'll get it embedded. 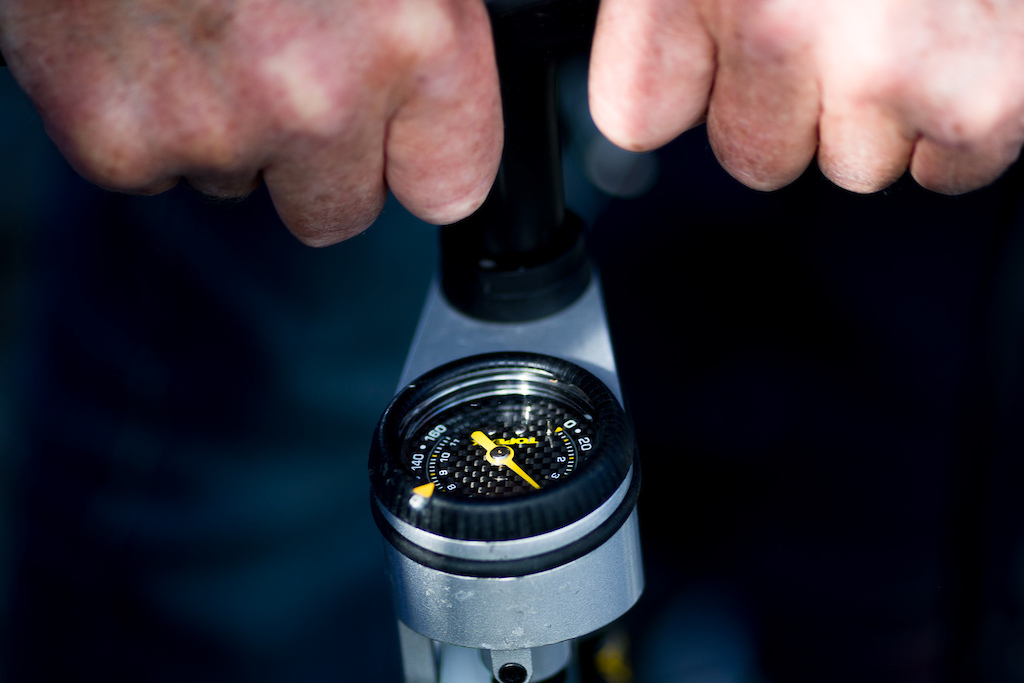 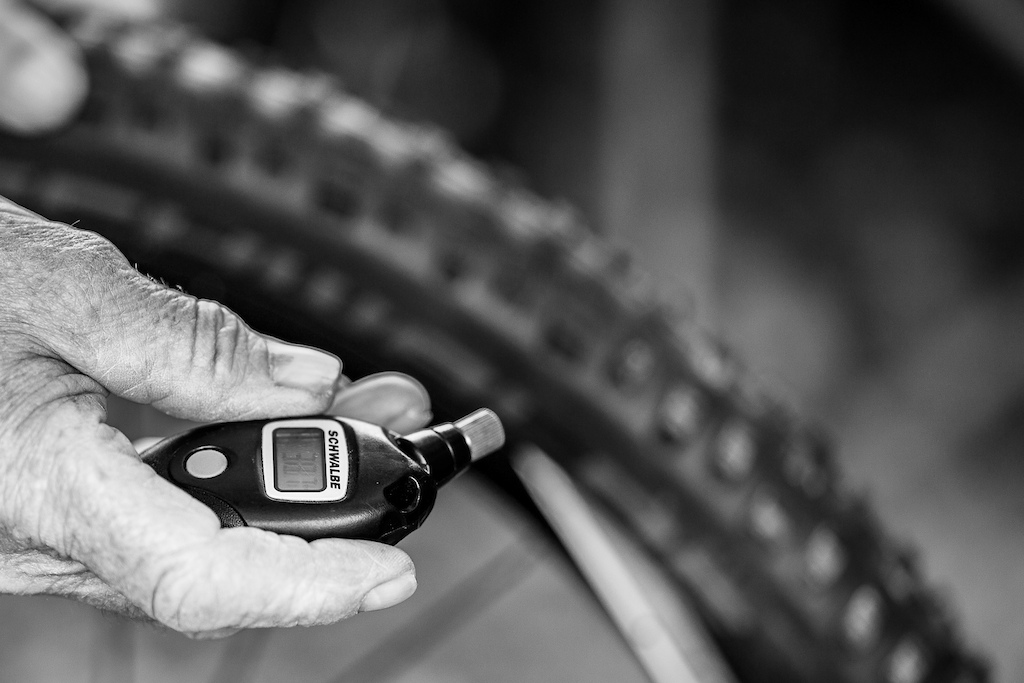 A slight shower of rain in between qualification and racing meant minor changes to tire pressure. 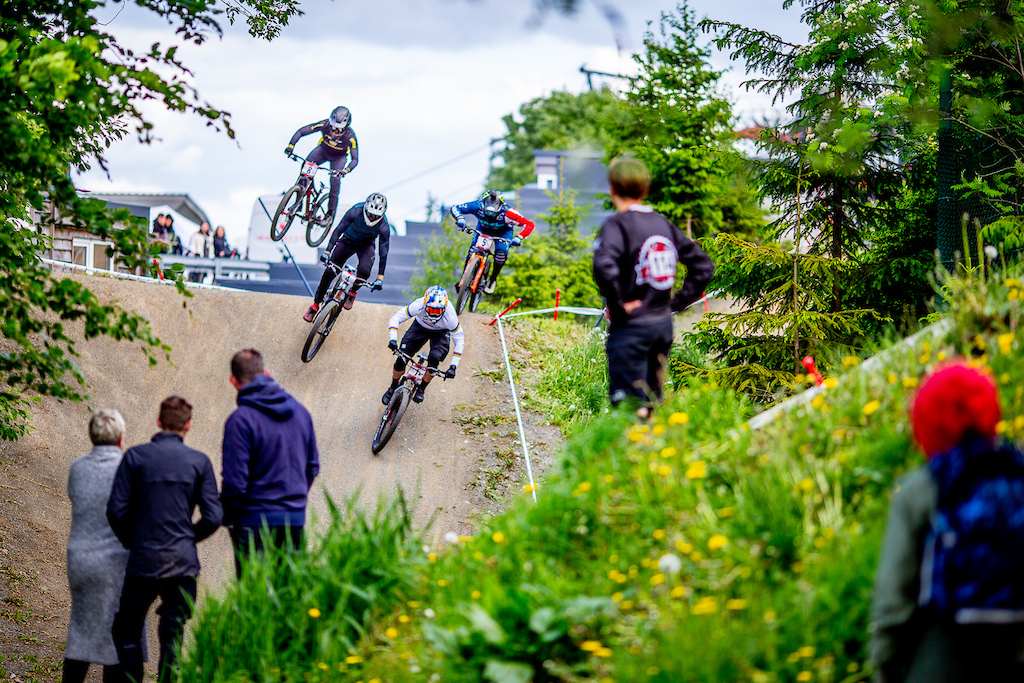 With qualifying 1st your life is supposed to be made a whole lot easier, this couldn't be further from the reality that Tomas Slavik faced. As you can see here, in only the second round of racing he faced off against Loron, Beaumont and Kaufmann. 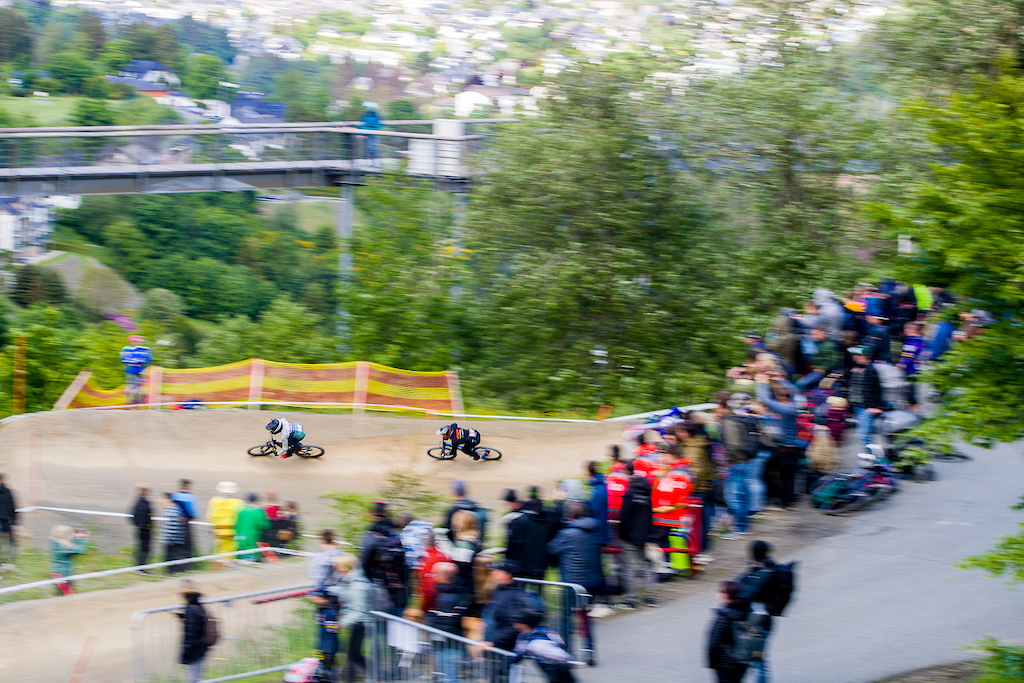 The opposite then was true for Hannes Slavik who clearly comfortably lead out his second round of racing against Dadela, Mihaljevic and Hermes. 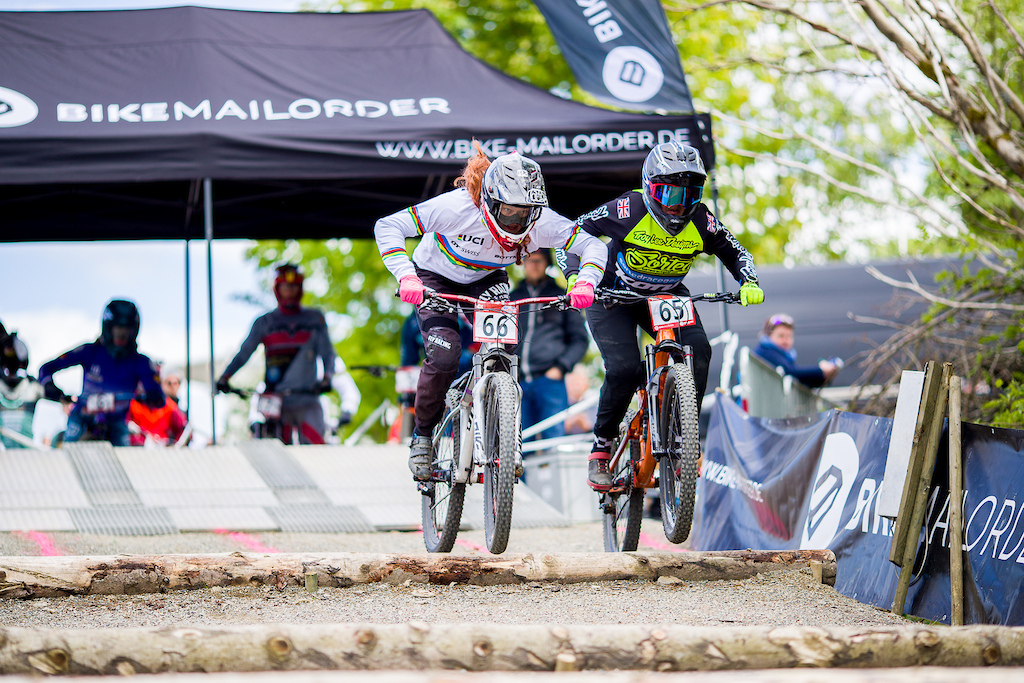 Picking up with the grudge match we witnessed at Fort William for round 1, World Champion Hajkova was looking for the same result. Perhaps losing out to McFall in qualifying tripped a switch? Needless to say when the gate dropped for the final she was elbows out full guns blazing leaving McFall nowhere to go on the start straight. After a bit of tooing and froing it finished Michaela 1, Josie 2. 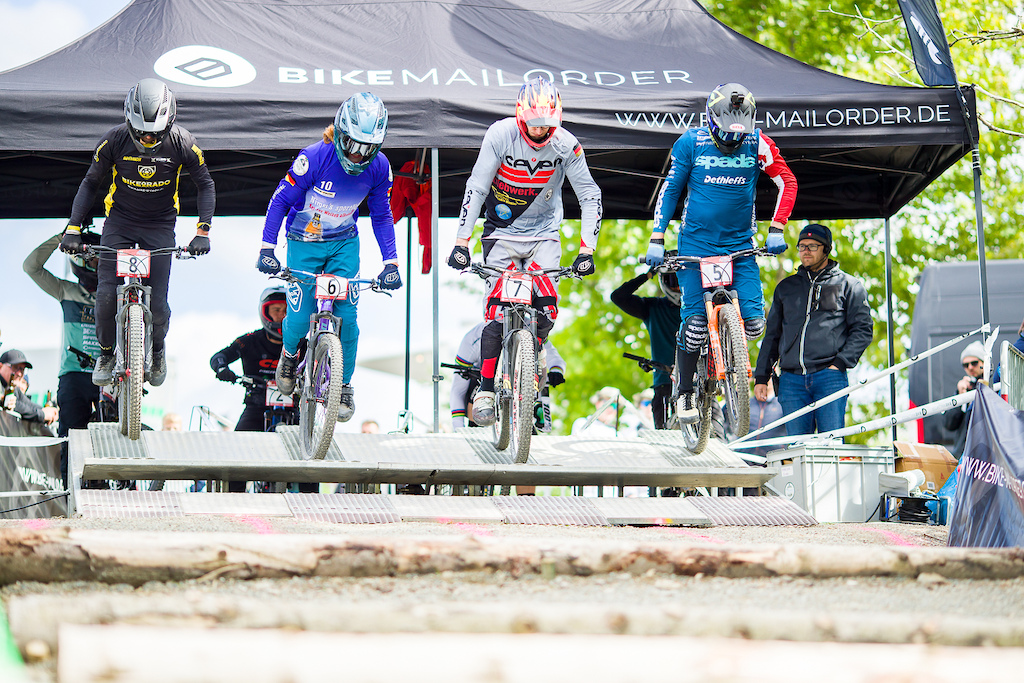 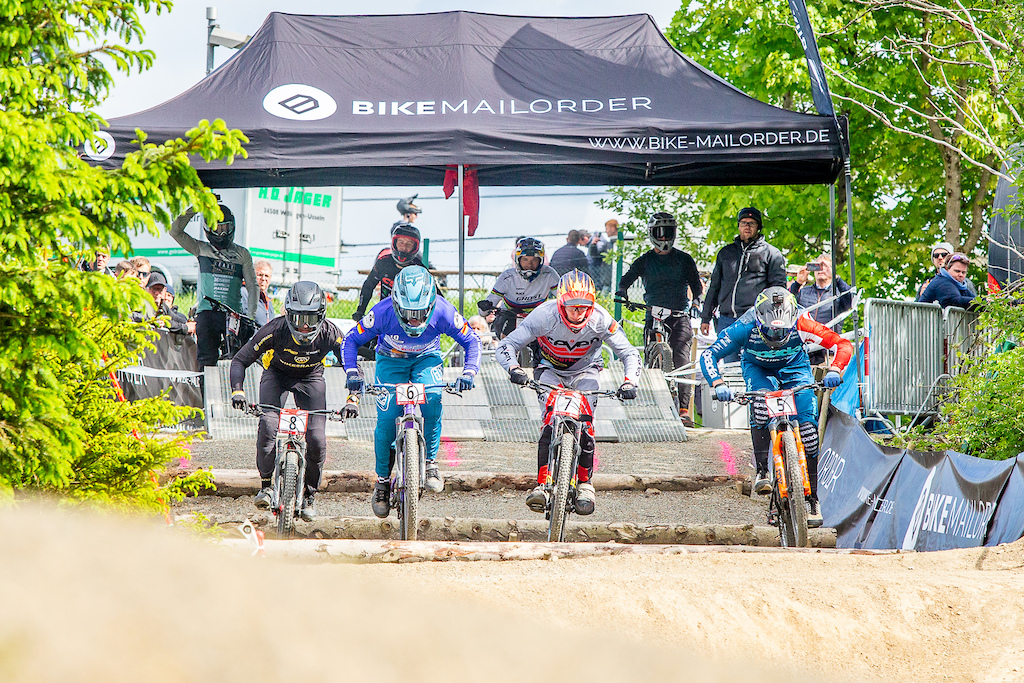 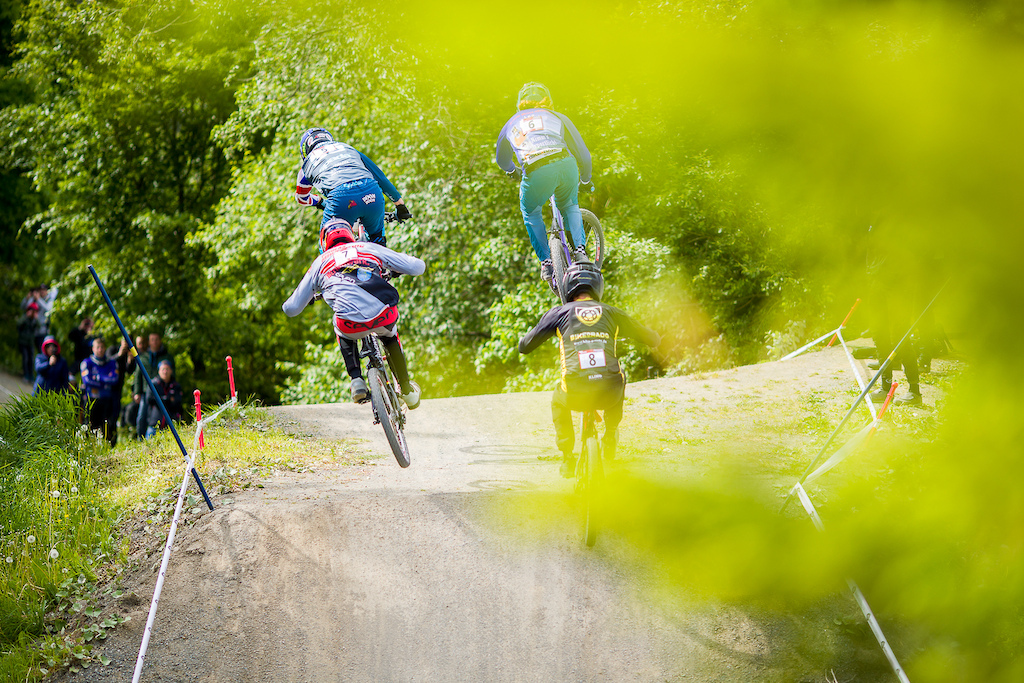 The small final for the men's was an interesting affair. Beaumont clearly had the reaction speeds and the snap out of the gate but couldn't shake Hermes. Side by side 4's up over the table and Scott manages to cut the inside off from Leonard and that's how the race would finish. If Hermes had managed to get ever so slightly further forward on the table he would have certainly taken the last step on the podium. 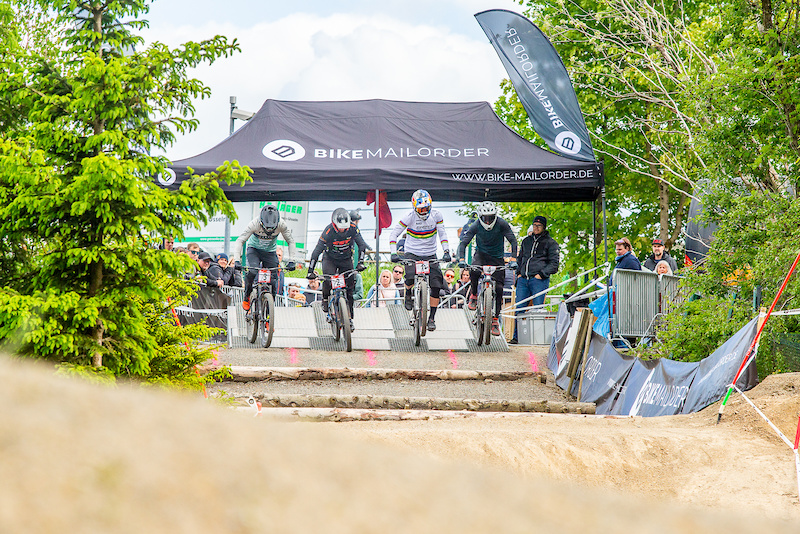 
Onto the final and what a final. Gate 1 - Loron, Gate 2 - Tomas, Gate 3 - Dadela and finally Gate 4 - Hannes. For the cross country and roadie fans out there, there's a whole load of wattage in that gate. Everyone gets pretty much the perfect gate start and it's level pegging down the first straight. Tomas starts to move across to Hannes to try and block him off and slow him down on gate 4 as Hannes would have the inside line onto turn 2 which would be pivotal if Hannes was slightly in front. Meanwhile whilst all that is going on Loron is having the drive of his life. 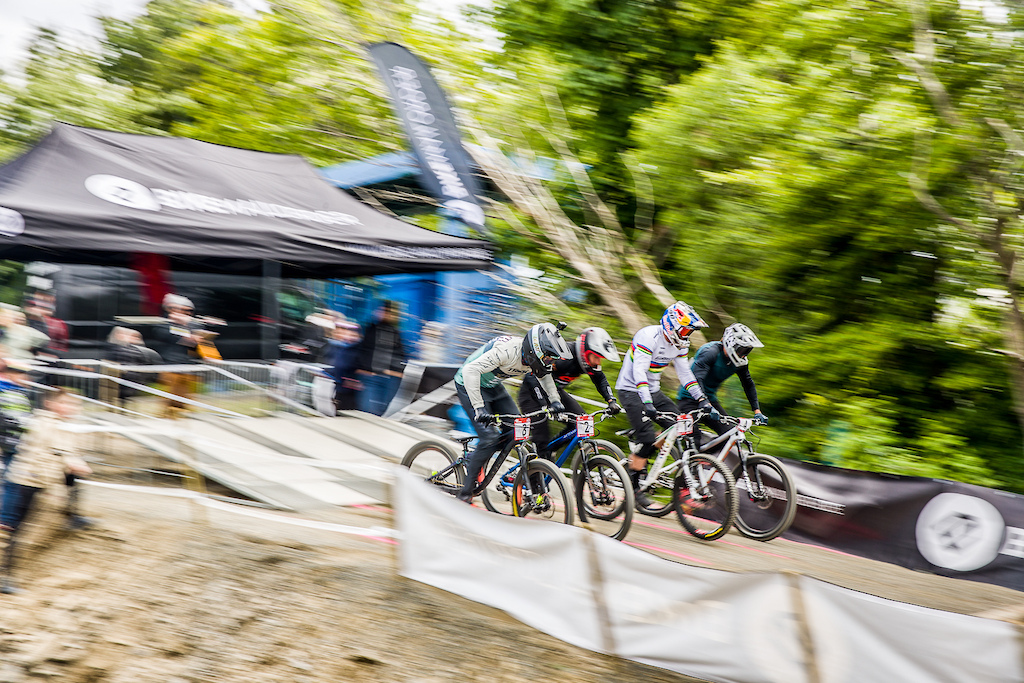 Loron manages to be leading coming out of the logs but I don't think Tomas is too concerned as turn 2 is where it all goes down and with Loron in gate 1, Tomas knows Loron needs to be a full bike length in front of him before he has to worry about the second turn. 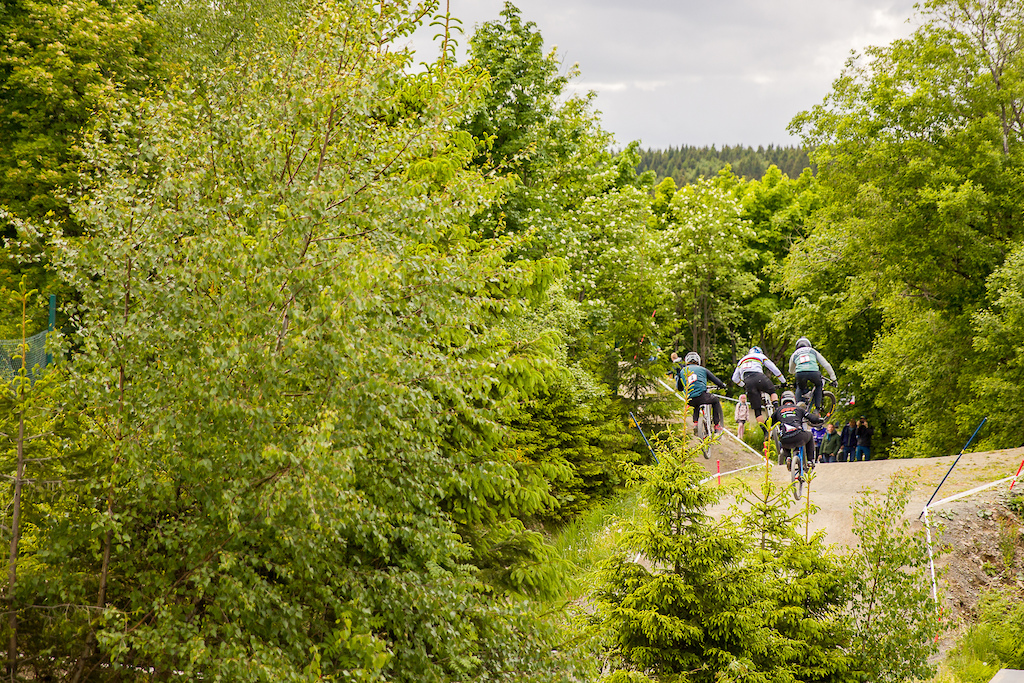 Now here's the controversy as you can see in the above image, Adrien is forced wide on the table by the Slavik's battling it out. This causes Adrien to cut the course tape accidentally as he had nowhere else to go. I've seen a video clip and it is as clear as day, unlike in a lot of other sports though, there is clear respect and sportsmanship in 4X. According to the rule book, if the officials do not pick up on this then the results of the race stand, otherwise it would be considered a DQ. The only way this is overturned is if a rider complains then the footage/evidence can be looked at. If it didn't happen in Val Di Sole for the 4X World Champs where a rider had clear footage of someone cutting the course and beating them 1 place on the podium, then it certainly wasn't happening in Winterberg. 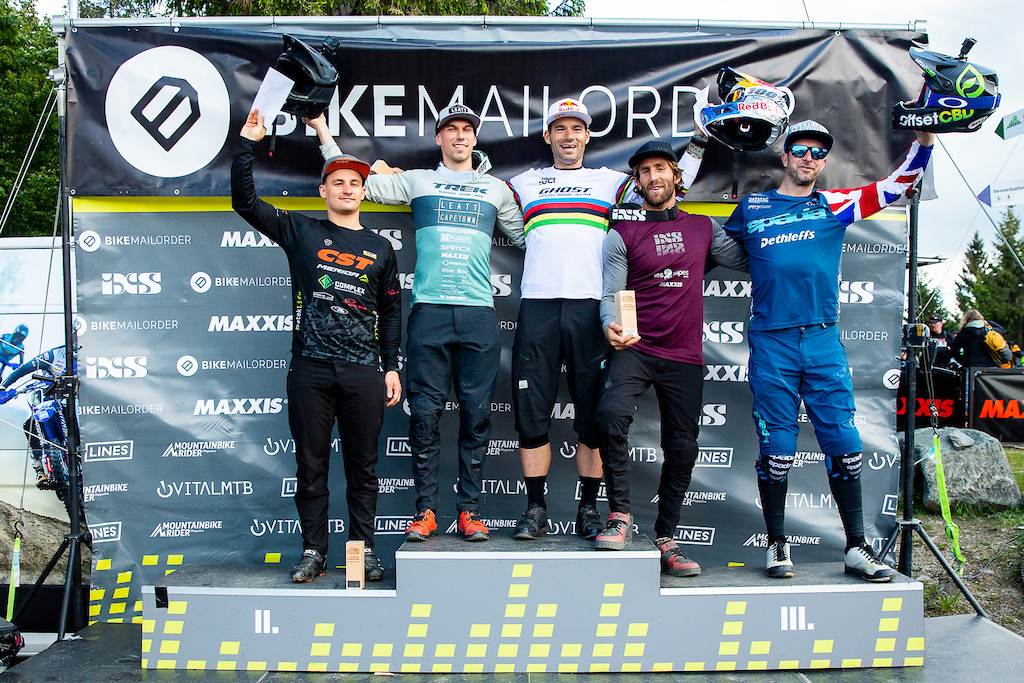 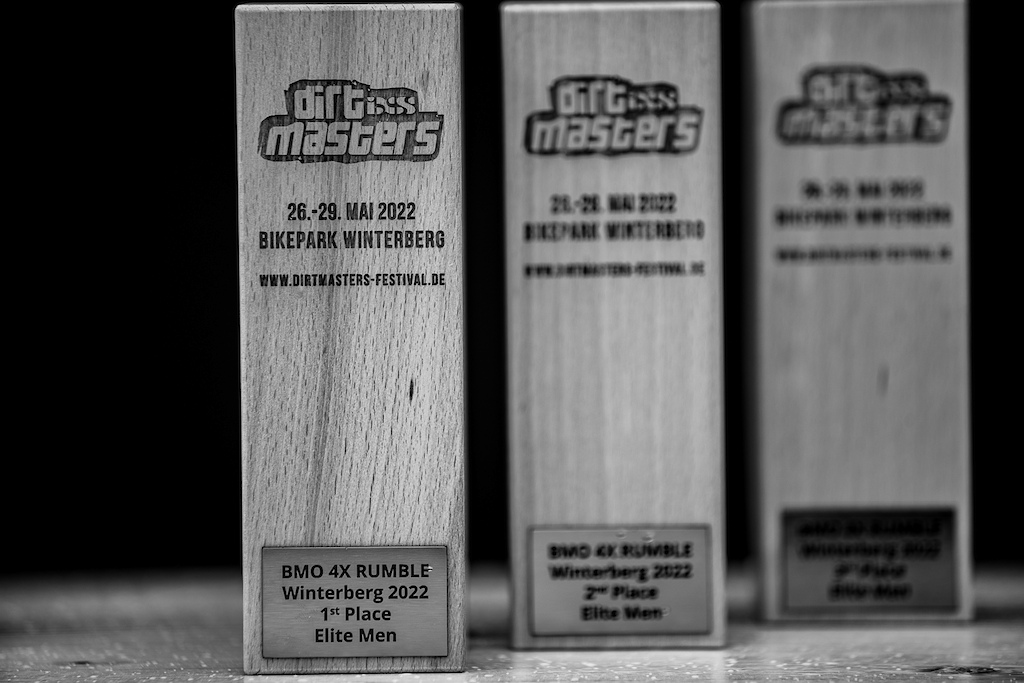 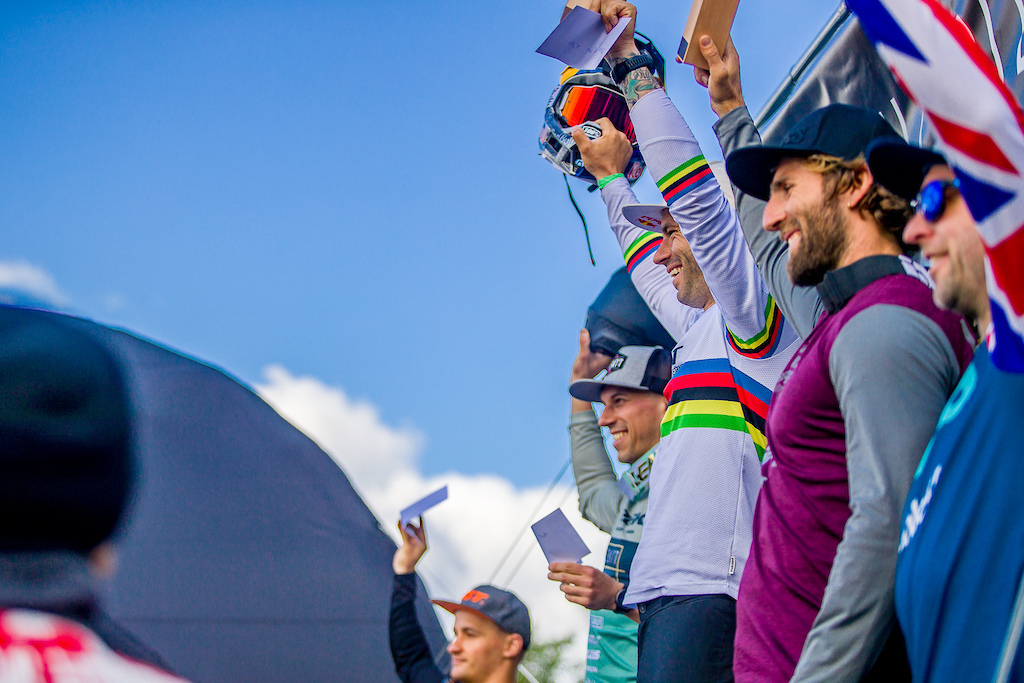 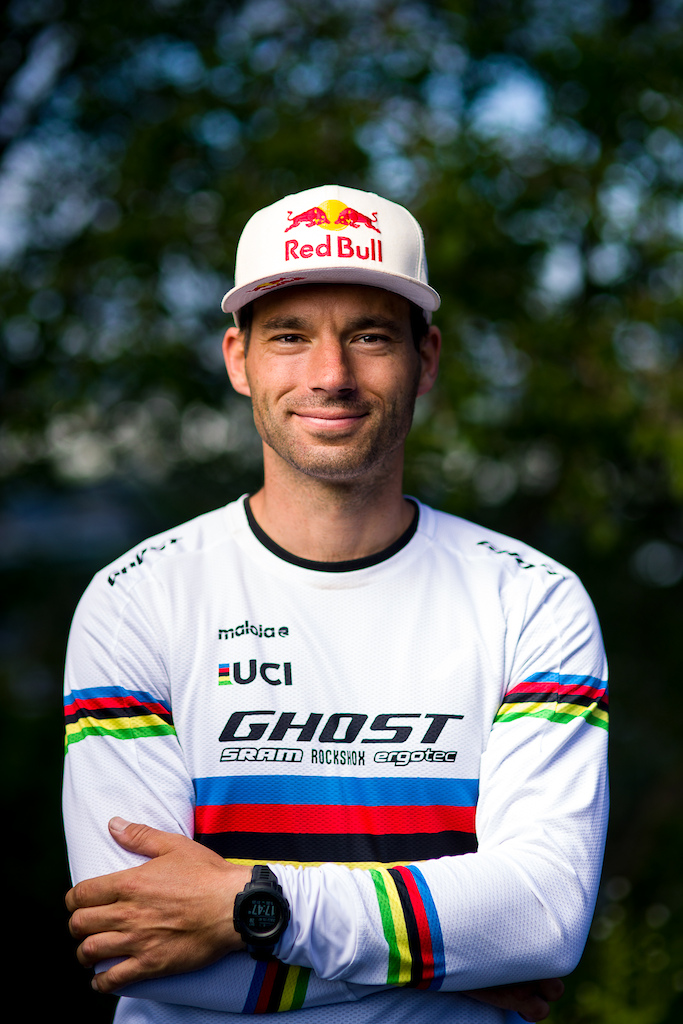 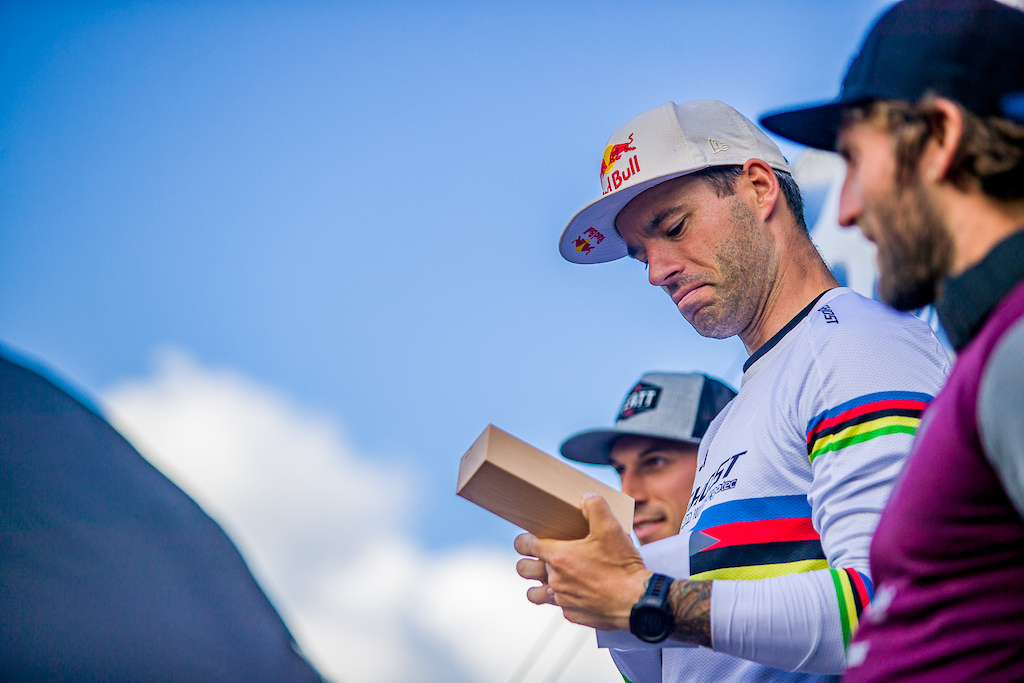 ScottBeaumont (May 31, 2022 at 1:30)
Brilliant weekend. Thank you PinkBike for featuring the report. Thanks to DirtMasters and Bikepark Winterberg for hosting this round. Definitely the best Winterberg 4X race track that we have had. Looking forward to returning in 2023