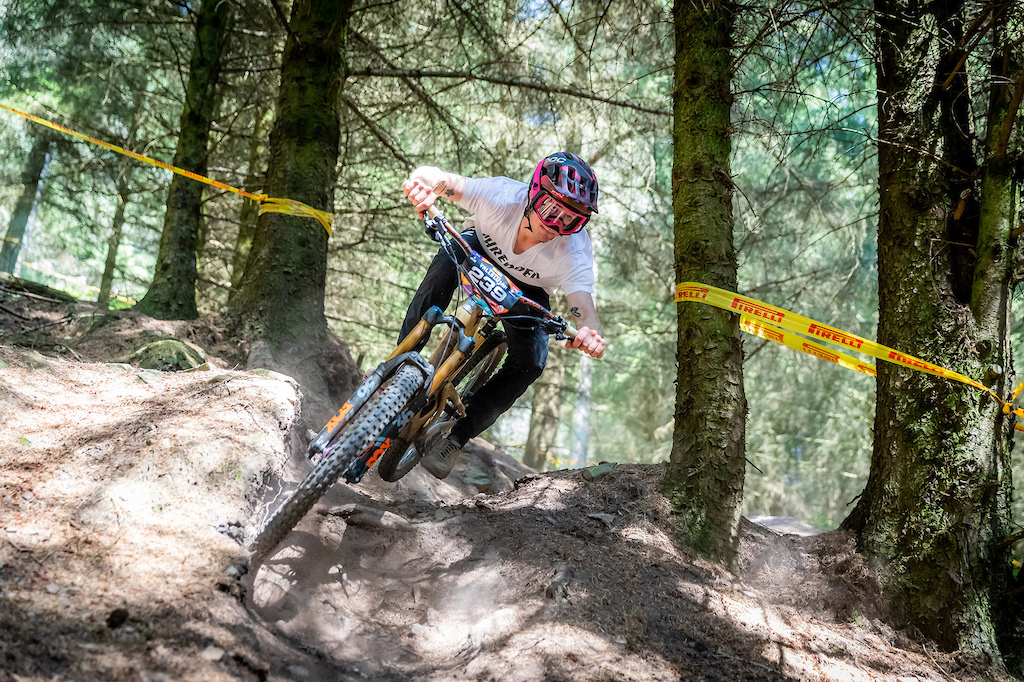 
After TweedLove’s teaser with the Local Enduro back in May, the double hit of Pirelli Vallelujah and King & Queen of the Hill saw top-end enduro racing firmly back on track in the Tweed Valley.

Coming out of the most surreal non-racing period in enduro history, TweedLove had to come back with a bang. Vallelujah has traditionally been an early-season opener, steering the racing community back to timed runs and taped tracks. With a later start in the year and so many races to fit in, TweedLove geared up for hosting two big Tweed Valley enduros in two weeks. As the opener to the Triple Crown Series and round 2 of the British National Enduro Series, the Vallelujah course designers went big for 2021. 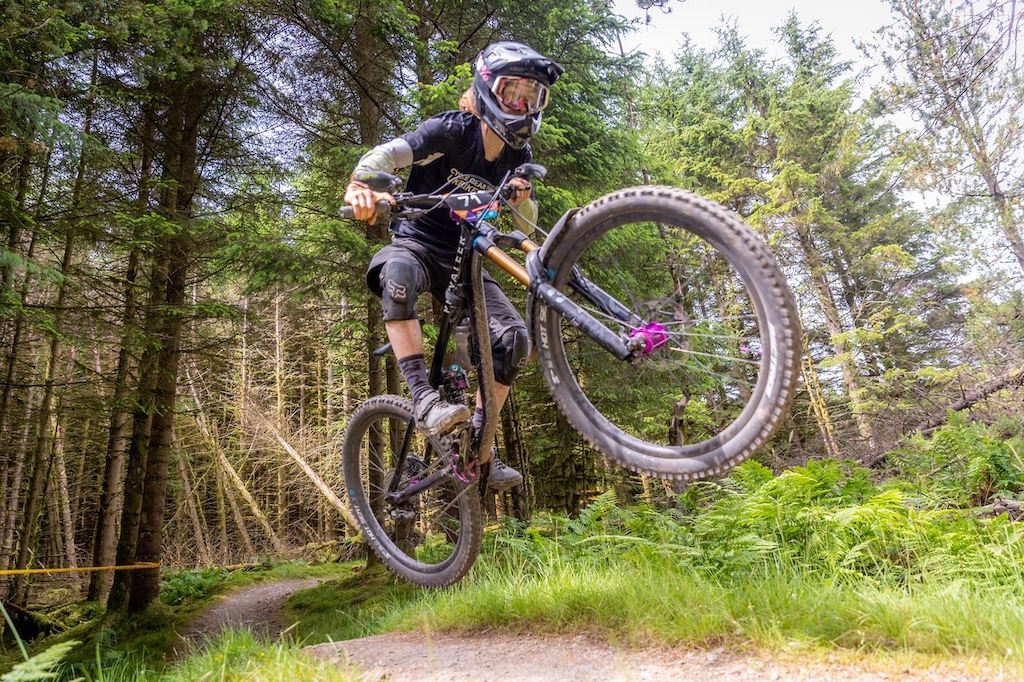 Jack Ackroyd throwing his Privateer into the course
With sites set on Glentress, the Hillside Outside event team went about working in three classic enduro trails and then got to work with Forestry Land Scotland to try and include two brand new tracks that had never been raced before. With a monster course on offer - and the driest, dustiest race conditions Glentress could dish up - the anticipation from the 600 strong pack of riders was high. The riding community had demonstrated that racing was still very much on the agenda. 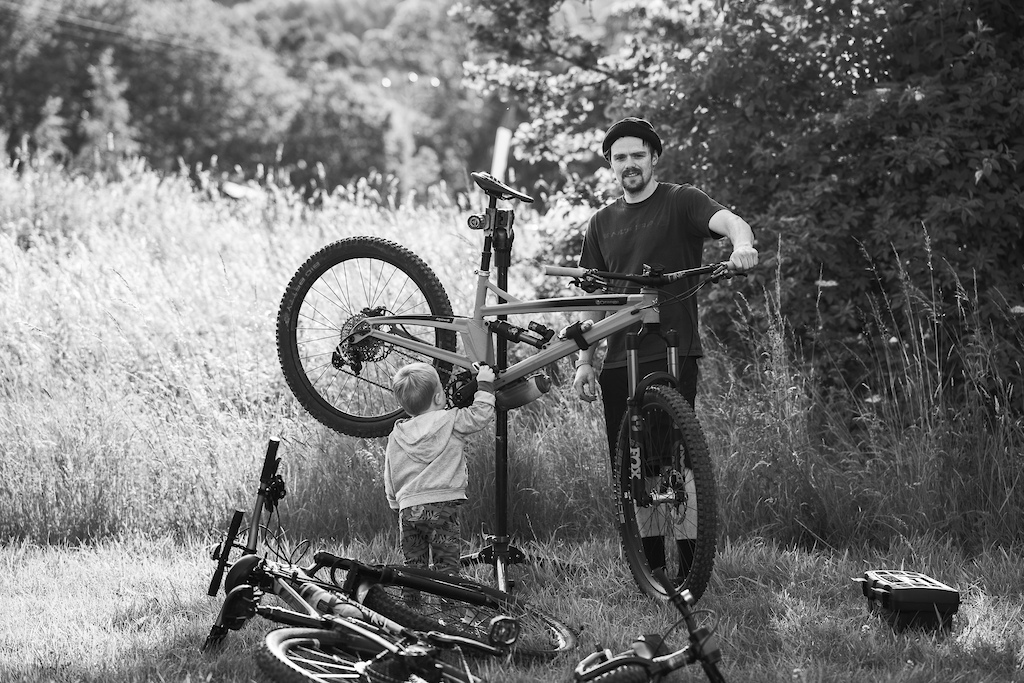 Top Chief - Joe Barnes, only sharing his set-up with his closest team members
For any riders new to Glentress - who may have believed it was all Berm Baby Berm and Spooky Woods - Stage 1 was a baptism by fire. The steep tech of B-Side – originally built for TweedLove's 2015 edition of the EWS – was a wake-up call for some and a huge endorphin rush for others. 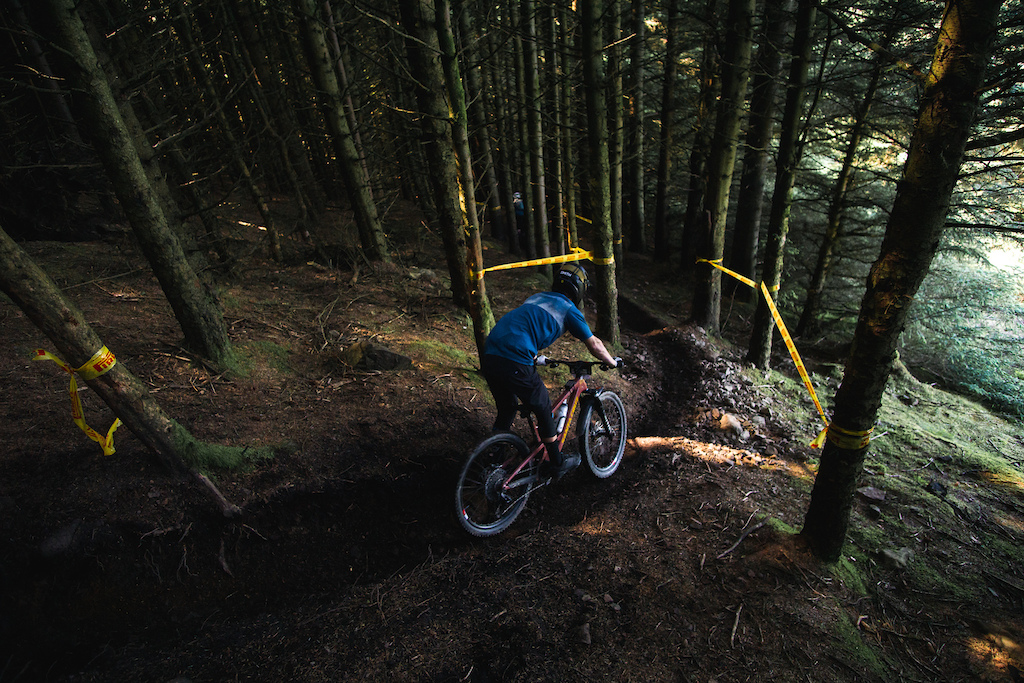 A whole new level of Spooky Woods
It was Stage 2 – Hammertime – that was getting everyone hyped. Regulars to the forest knew that if conditions were even mildly moist, this track was a tricky one to tame. Born under lockdown and crafted by locals, Hammertime was being raced for the first time and had caused plenty of internet chatter when it was finally revealed in the course preview. 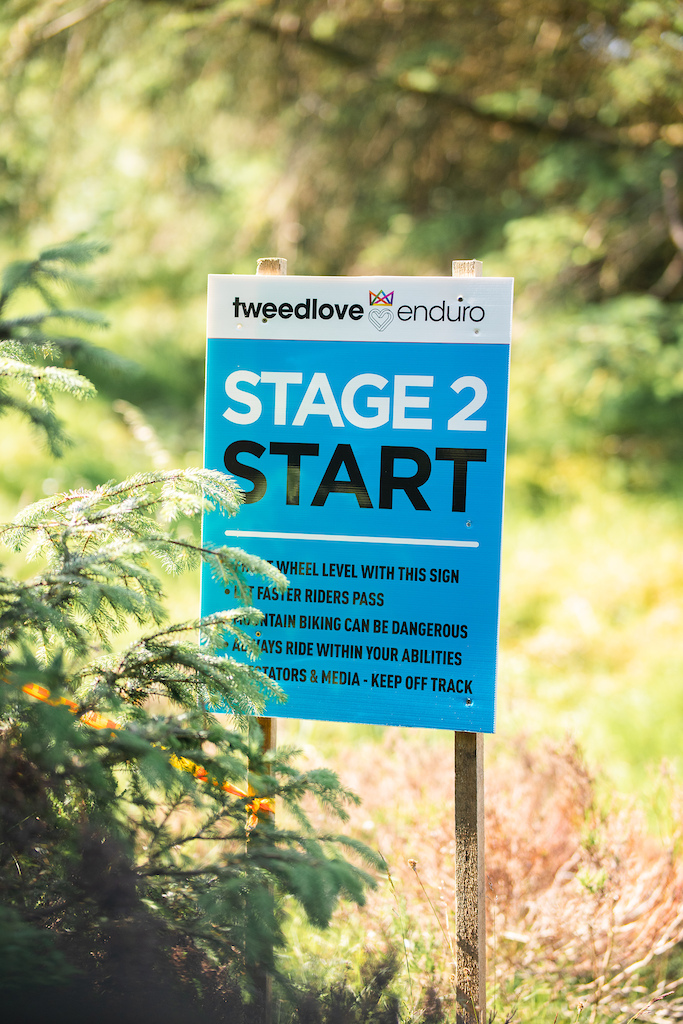 Can't touch this
The hill had been hit by rain earlier in the week, but the trails had now been baking in the scorching sun for days and were running as fast and loose as anybody had ever known. The talk from the quick boys and girls was of showing the stage some respect and not overcooking it. If you want to finish first, first you have to finish. 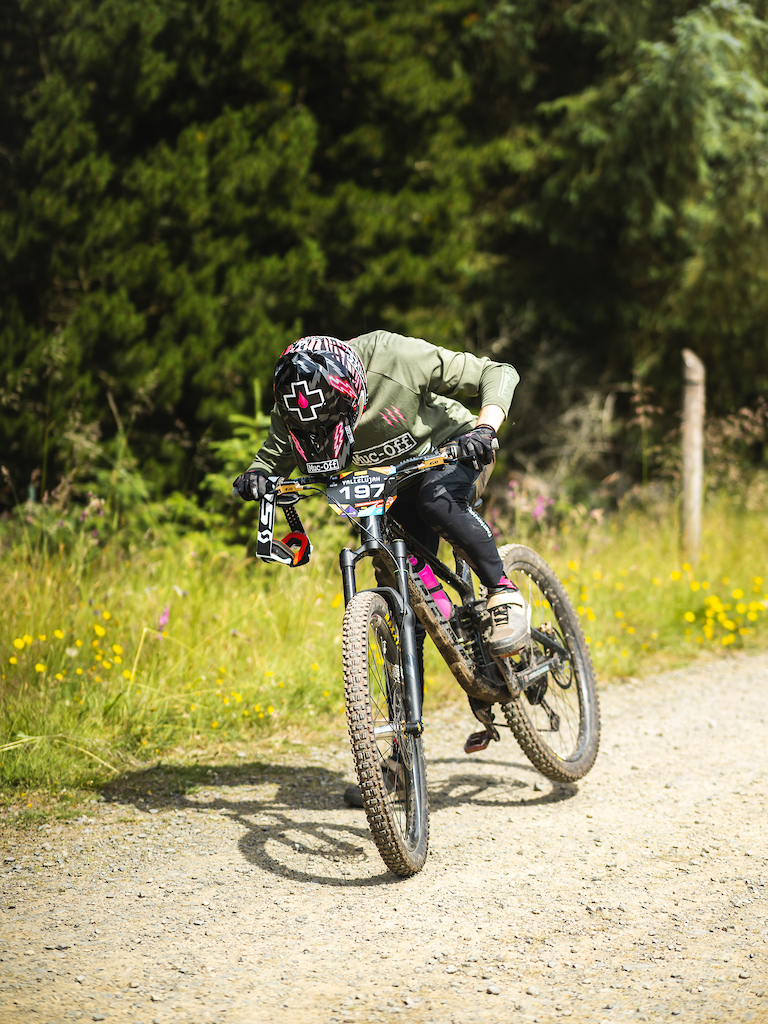 #fullsendonly
Lew Buchanan may have had half an eye on the upcoming Red Bull Hardline at this point with his Norco enduro rig soon to be sending 20-metre drops, but right now he was looking well set for a tough Tweed Valley course.

As the race developed, it was two other experienced Valley regulars that were lighting up stage times. Jess Stone – who has stood on many TweedLove podiums - was relentless in her attack of the technical tracks. Christo Gallagher (Contour Collective) who has previously won the Triple Crown series, was looking focused and seemed all set for a season-opening win. 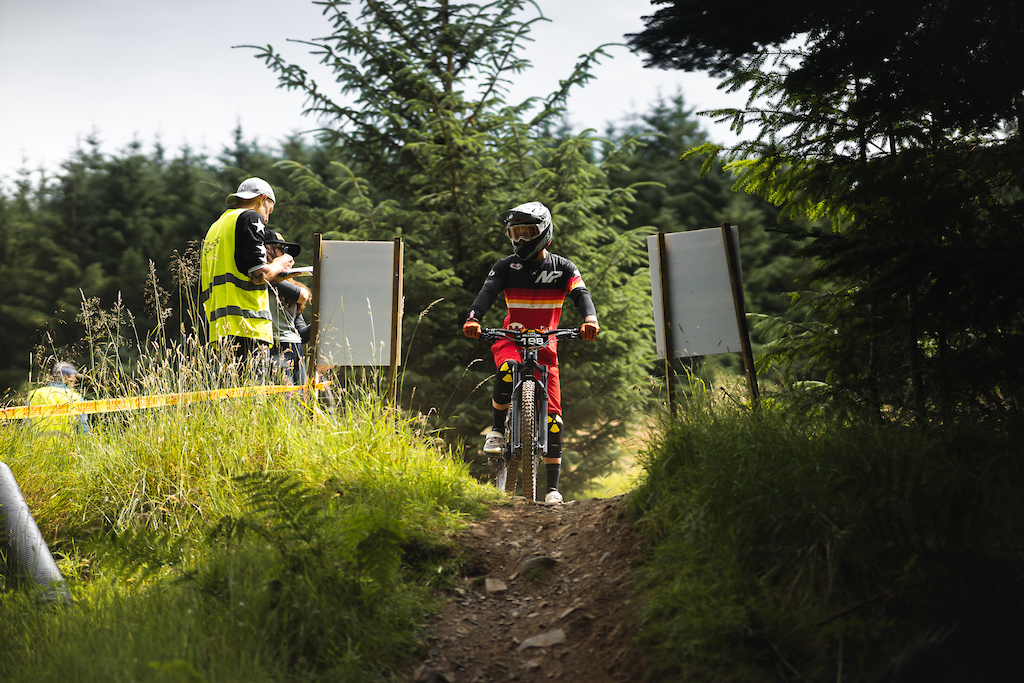 Corey Watson - A future King?
The New Wave of enduro talent had other ideas. Corey Watson (Nukeproof/Hotlines) had consistently put in fast stage times and was never going to let Christo have an easy day. On the final stage of the race, a mistake from Christo was enough for Corey to take home the haul of first-place prizes. 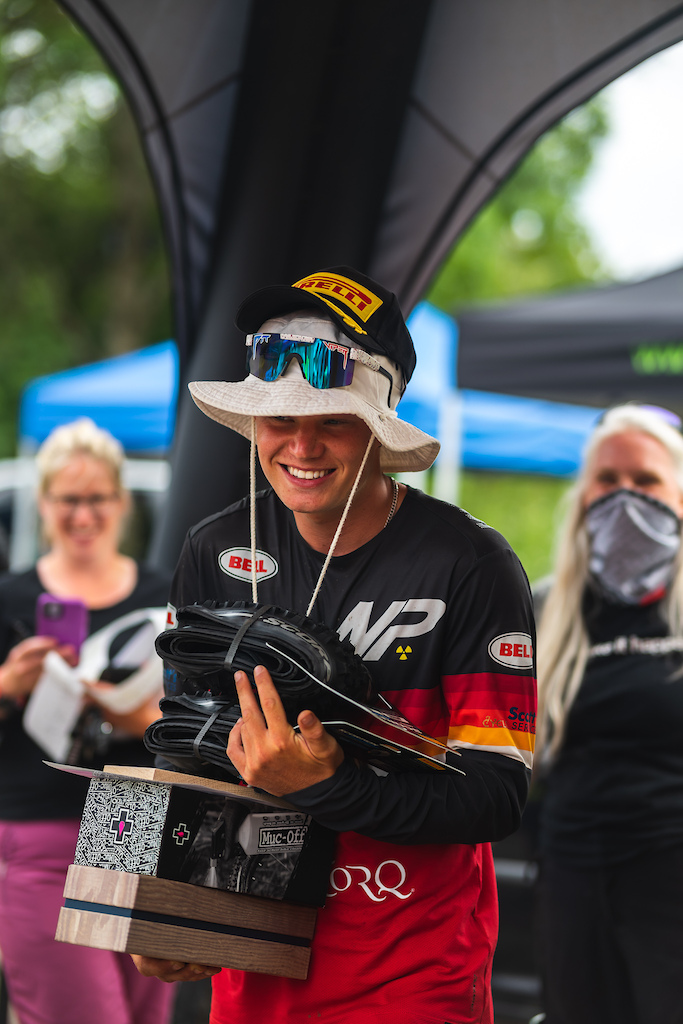 If the Pirelli Podium Cap fits...
It was Polly Henderson (Juliana Bikes) – growing in speed, race craft and confidence with every race – that eventually beat Jess to first place by only 8/10ths of a second. A second Tweed Valley podium for Polly and two from two wins for Corey, they are leading the charge for the New Wave of young enduro riders racing onto the global scene. 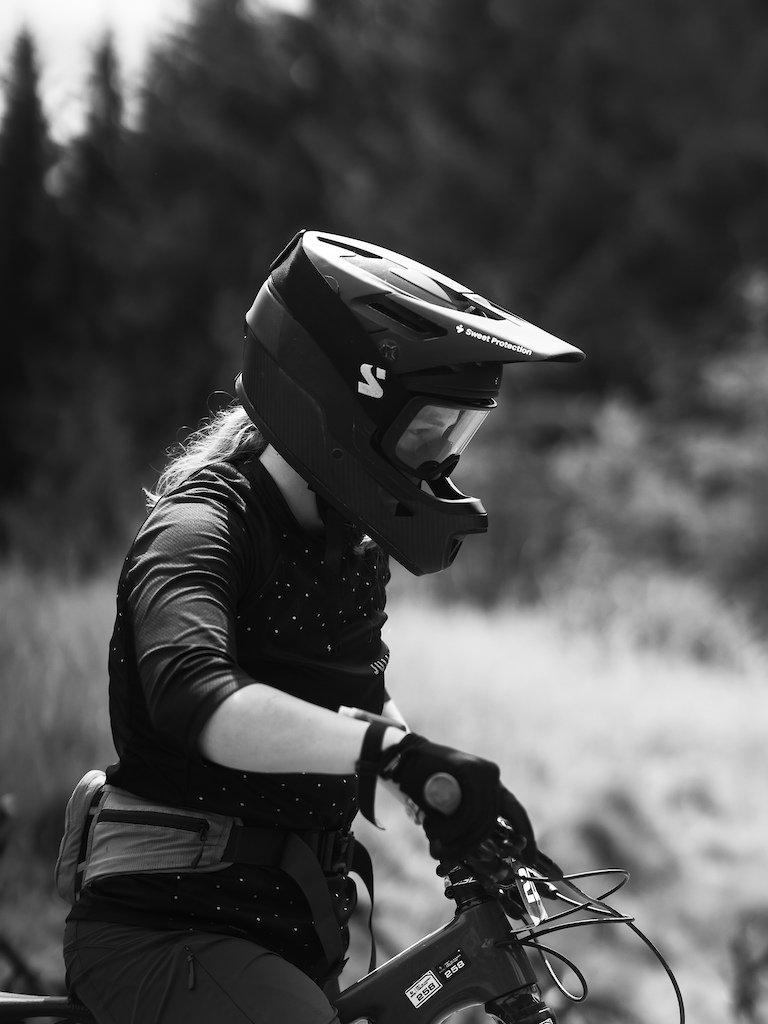 As the eyes of enduro turned towards Innerleithen for Pirelli King & Queen of the Hill, the long dry heatwave was coming to an end in Scotland and light rain brought a bit more familiarity back to the trails. The stoke remained at an all-time high, the dust turned a little more Scottish and the Innerleithen tracks got a touch spicier.

First on the race card was some revamped Golfie gold. The Tweed Valley Trails Association had not been idle over the last eighteen months, using the time to put in some hard graft to refine some of the Golfie's greatest assets. New York New York proved to be a fitting track to welcome a return to racing in Innerleithen. 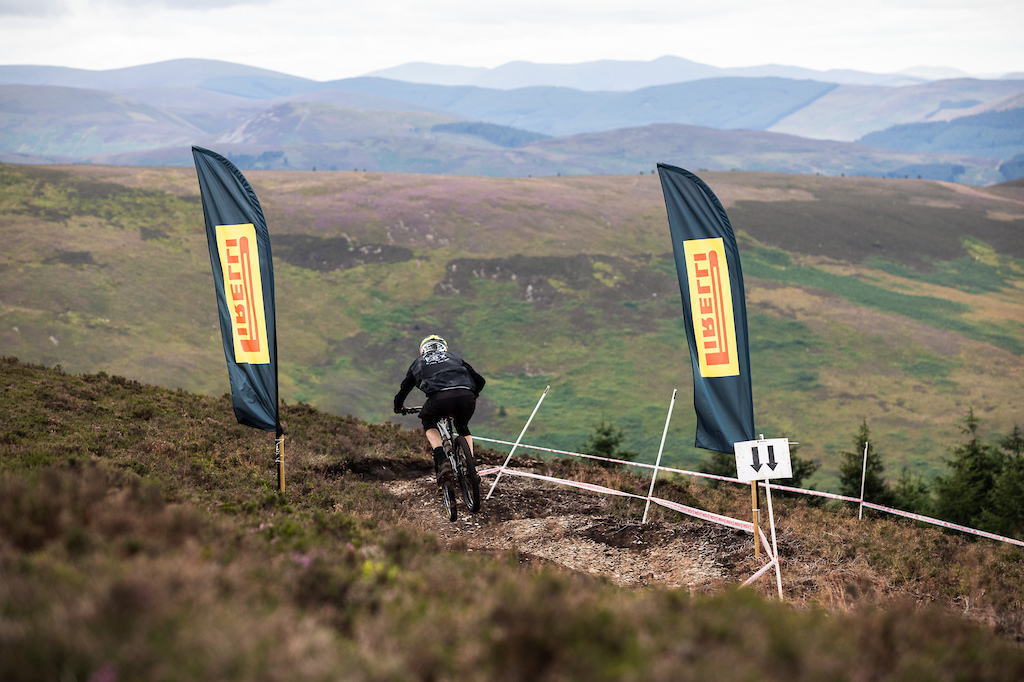 Dropping into Innerleithen from the top of the Golfie on Stage 1
The race took in another punchy classic track reborn under lockdown in the shape of 3G, before heading back up to the infamous reservoir for the start of something all new. Big Baw was about to see its first race. Not as steep as many of its Golfie siblings, but it boasts so many features that it demands quality technical riding from start to finish. 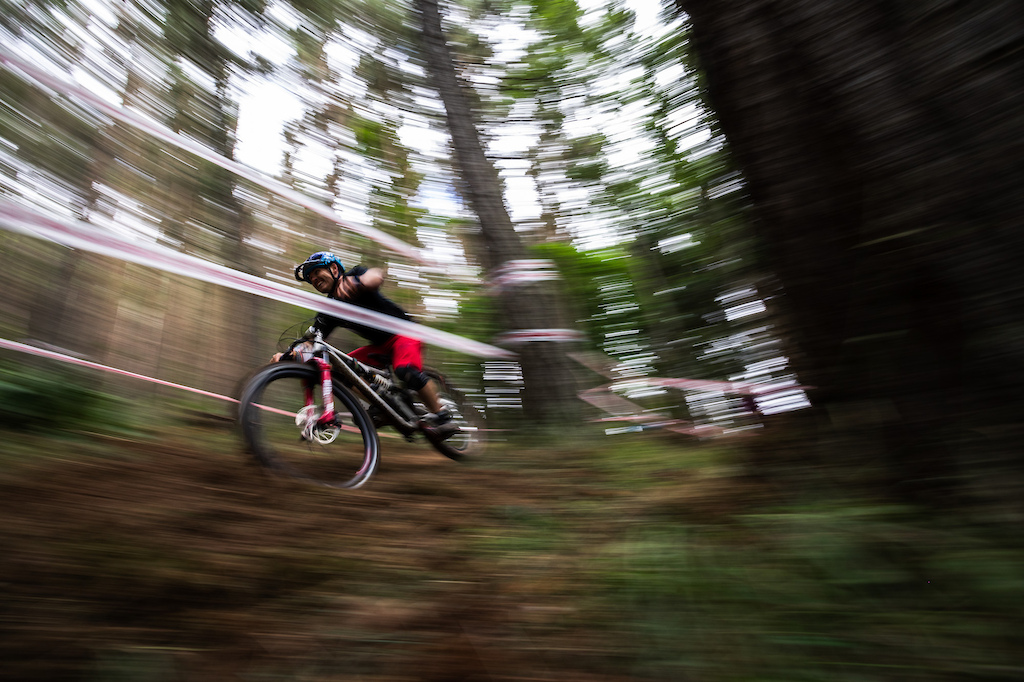 Tweed Valley Forest goodness at warp speed
Corey Watson and Christo Gallagher continued their battle from two weeks earlier, setting the fast pace for the rest of the pack to chase. Meanwhile, two big hitters had made their return to the Tweed Valley to place their claim on the Queen of the Hill crown. There was nothing to split Katy Winton (Nukeproof) and Bex Baraona (Ibis Cycles) all day and it was clear that both the mens' and the women's race would be taken to the very last stage. 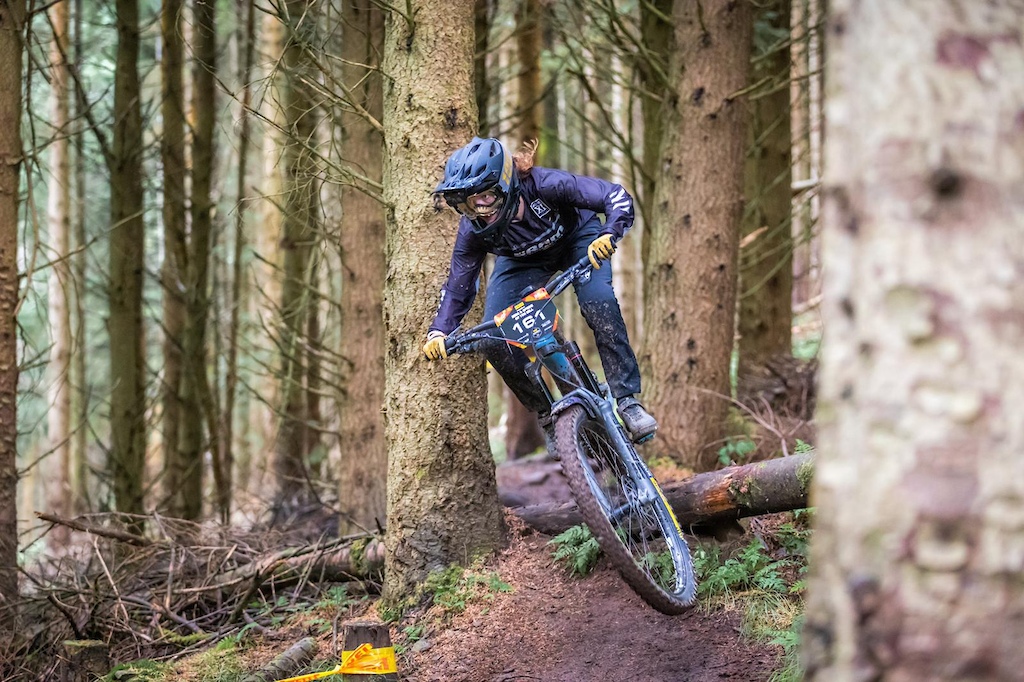 Katy Winton carrying speed through the technical rollercoaster of Big Baw
Stage 5 would prove to be a decider for both the King & Queen. Taking in sections of almost every classic downhill trail in Traquair Forest, it was a head-spinner from start to finish. Gravity fuelled and feature-packed, it was the perfect stage to find the true winners. Corey Watson's downhill pedigree came to the fore and he claimed his third stage win to take the crown. Bex was on a storming run - starting to take some time back from Katy - until a tree got the better of her. Katy Winton had regained her Queen of the Hill title once more. 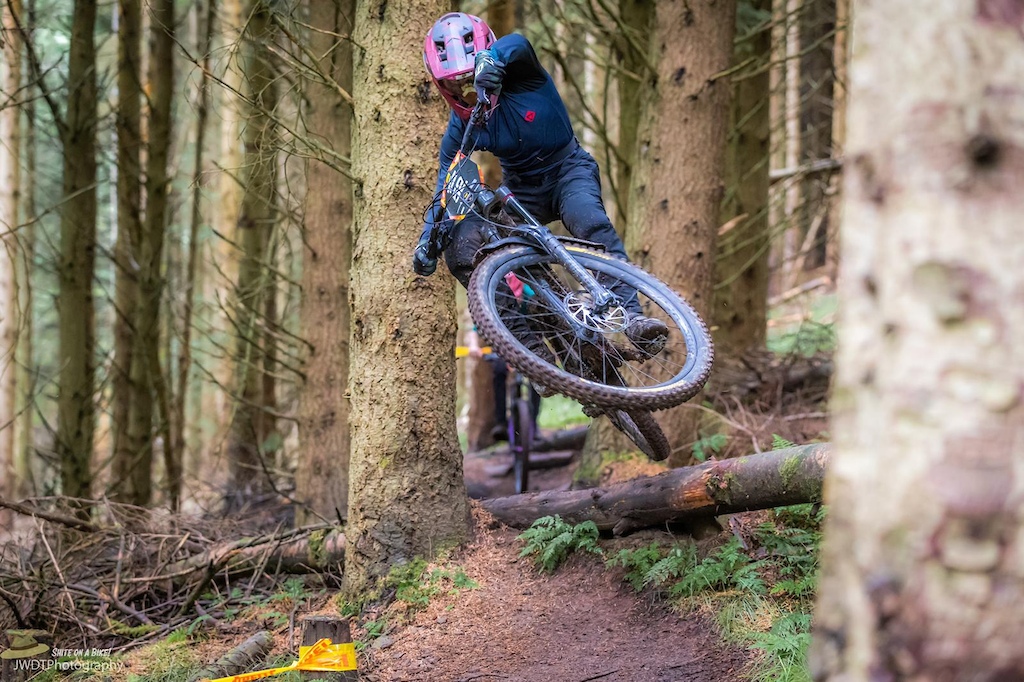 The future of Enduro racing looks fast. The Tweed Valley community has nurtured its riders for a generation and it shows. At just 21, Corey Watson is one of a new wave of fast young things and even they are looking over their shoulder at the under-18's and even under-16's putting down fast times. Long term, we can look forward to seeing these riders develop into experienced racers. For now, we can look forward to round 3 of the Triple Crown at the Chain Reaction Cycles Bike Festival on 17-19 September. 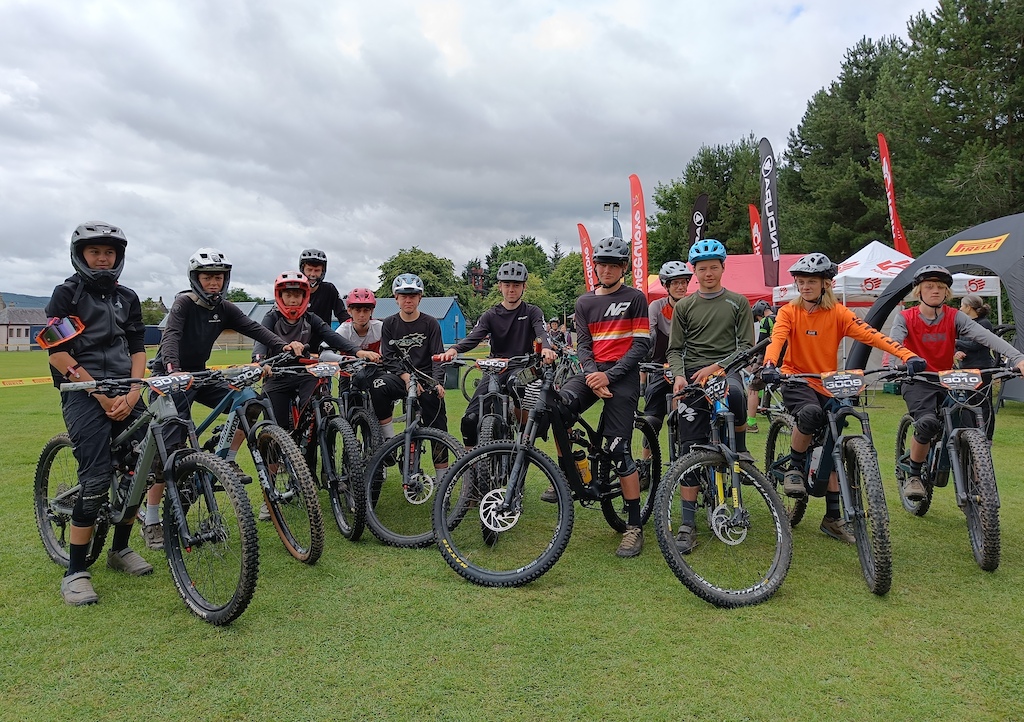 The New Wave in waiting. Not a sixteenth birthday on the horizon, but some were nudging the top 10 overall stage times.