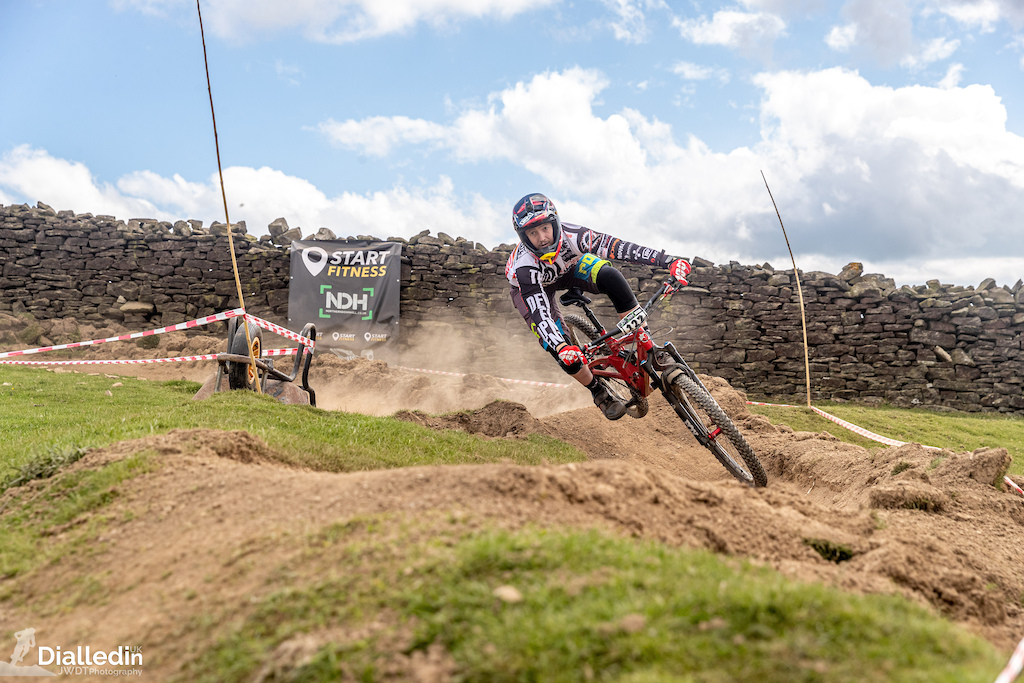 Nick Turner railing the dusty berm
Last Sunday saw the return of the Northern Downhill (NDH) entertaining 124 riders at a very unique location. It's all a bit strange for the NDH race series, as they are mostly a winter racing series, with the exception of the Naughty Northumbria, they haven't put on races in the summer months since 2018. But I suppose these are not your typical times.

When I heard Carl was putting on another race in a farmer's field, my first thoughts went to the amazing Eastgate race and the huge field he's secured for racing. Then I heard it was a small field just outside of a small town in Country Durham called Tow Law. I did wonder, how the hell is this going to work? There's simply not enough elevation. But then I realised, this is Carl we're talking about. Not only a race organiser for some years now but someone who raced downhill way back in 2001. Yes, you heard it, 20 years ago! He has a plethora of experience both between the tape and organising behind the tape. 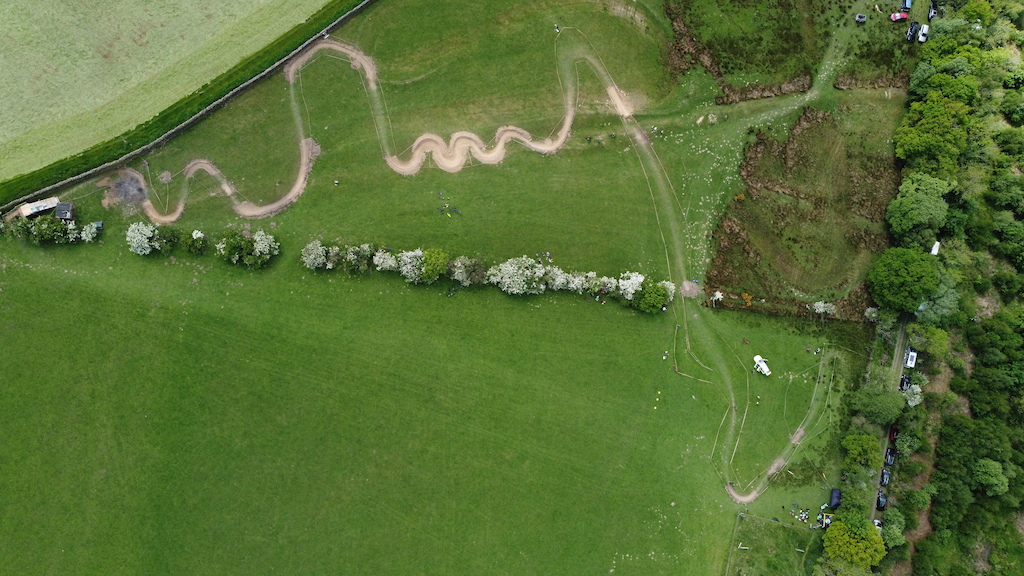 Aerial view of the entire course
With a team of trail builders, a dedicated team and friends the Castlewood TT was born. With an utterly outstanding understanding from the farmland owner and his support, Wallace let the lads build whatever they wanted in the time they had. For once a race didn't have steep chutes, rocks and roots, but berm after berm and jumps put in for added gravity fun. Probably the wildest feature of the course was the series of 7 tight berms that required pace, control and a rhythm to get through if you weren't to stall and lose time. But technique in berms wasn't all you needed, you also needed the ability to deal with loose dust. 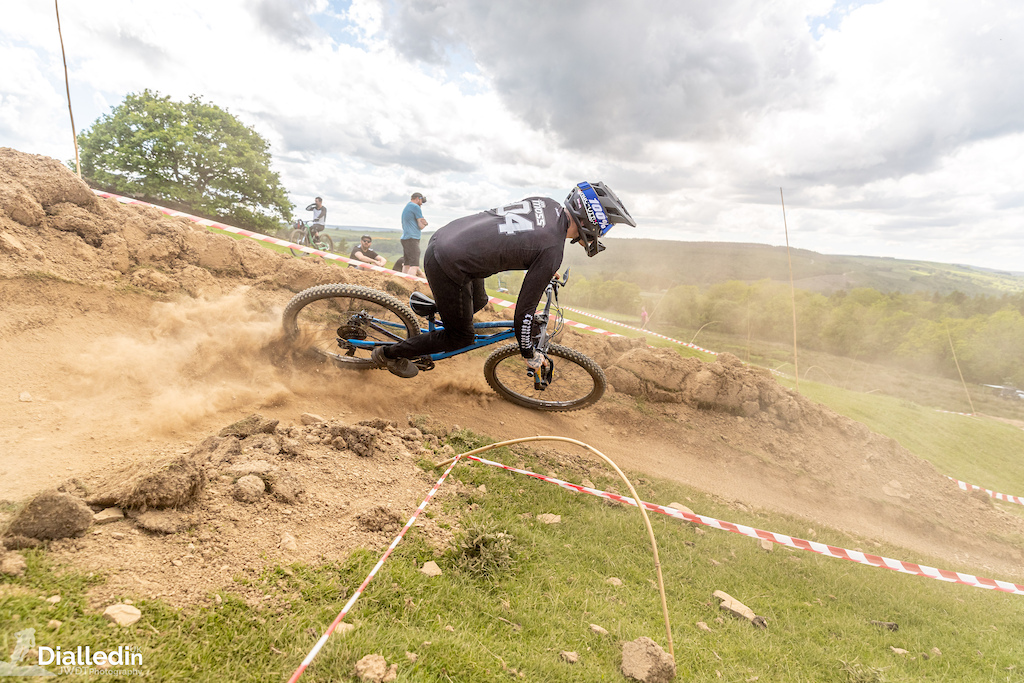 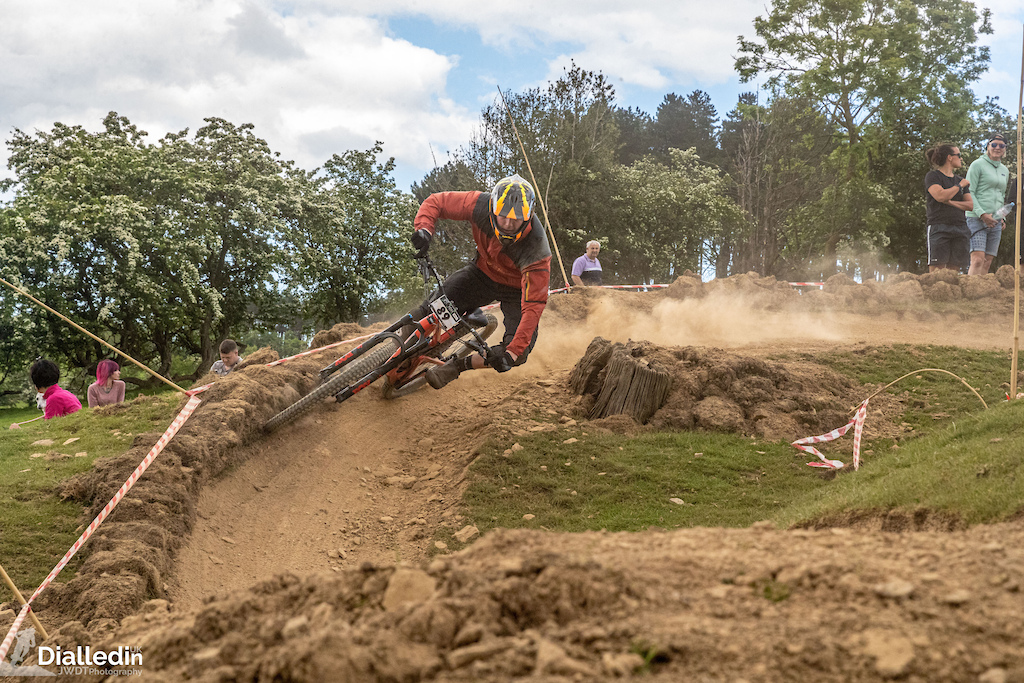 Michael Tait (17-18 men) put in a cracking 2nd fastest overall and winning his category
The fastest riders were finishing the track in sub 50 seconds, the less on the sharp side of racing were completing the track in 70 seconds. This wasn't your typical TT race either, with such a short course riders were able to race and record their fastest time as many times as they could fit into one and a half hours. On average riders managed to get in 4-5 race runs, with one or two managing 7 race runs. 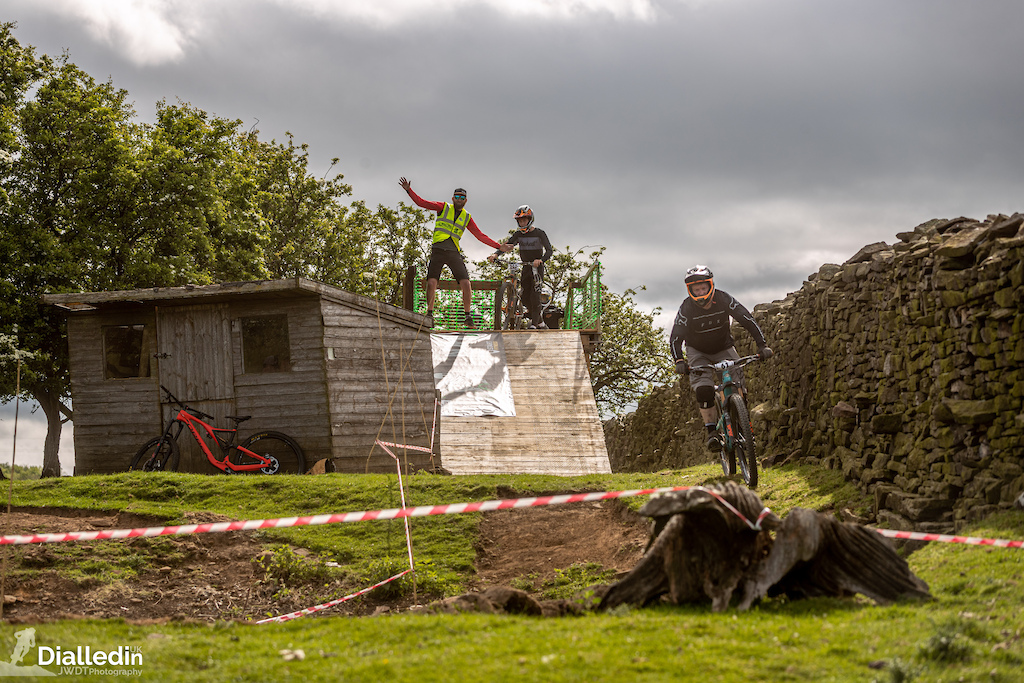 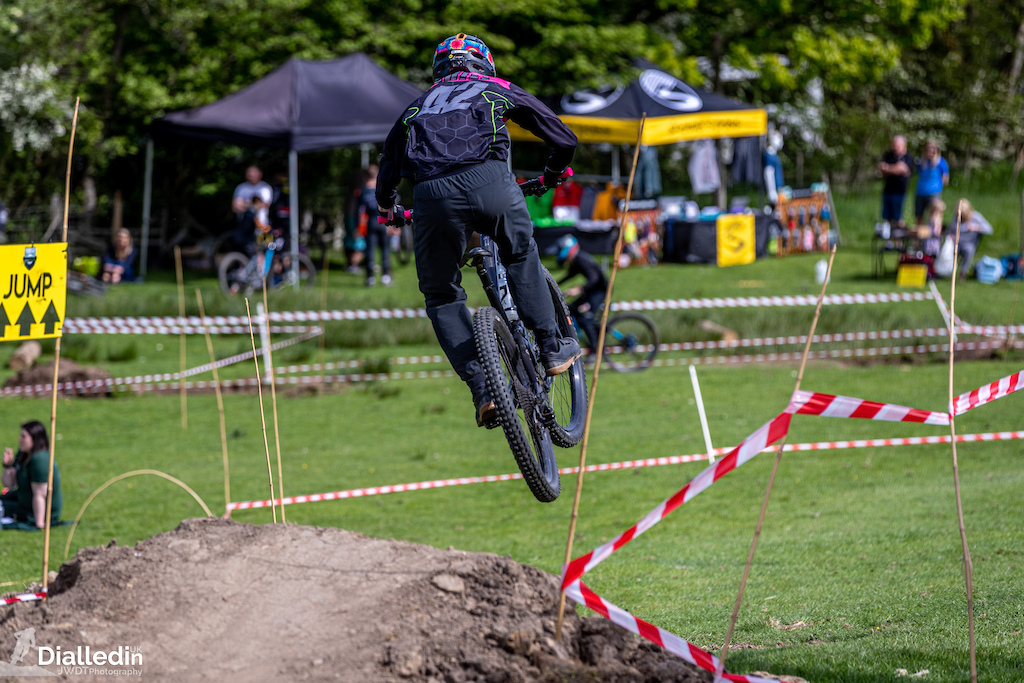 40 seconds into the race run and you're jumping into the finish arena
The overall fastest time of the day went to Jon Philogene (19-29) in an incredible 43.96s, followed by less than a 2-second gap was Michael Tait (17-18 ) in 45.69s and then third fastest went to Brad Illingworth in 45.89s. The racing was so tight on this course, the first 21 fastest places were separated by only 5 seconds. 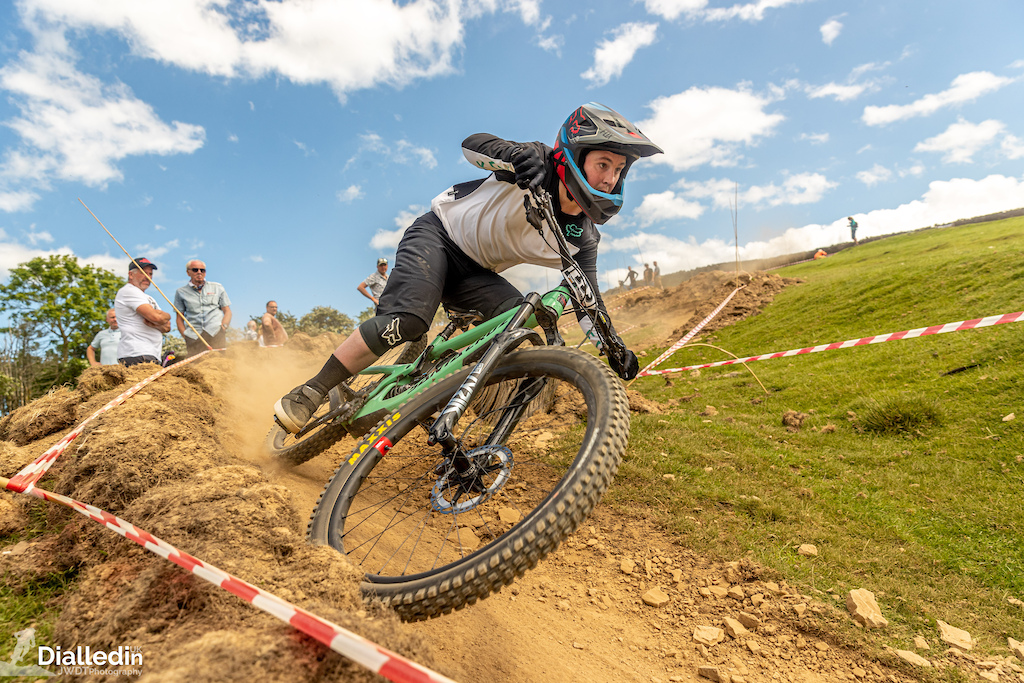 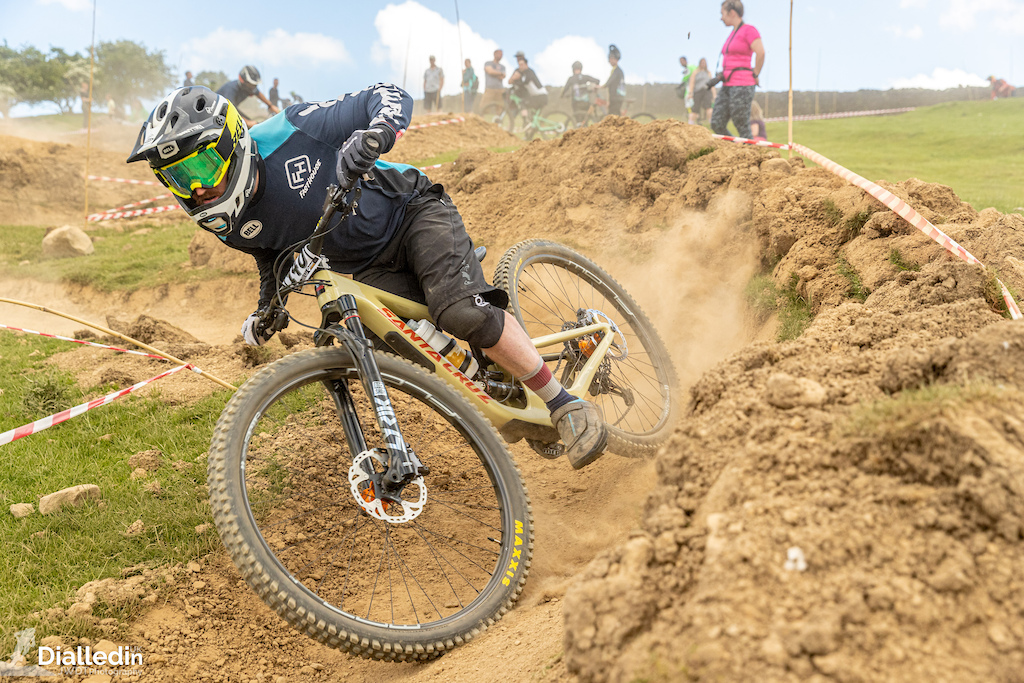 Brad finding his rhythm in the berms
The women's race was also tightly fought out, with the legendary Helen Gaskell taking the fastest time in 49.94s, her fastest time being her final third run and breaking in under 50s. Next fastest was Hollie Vayro in 52.50s, I said many times, Hollie is one to watch for the future. Third fastest was Lucy Bell in 52.89s, less than 1/2 a second behind Hollie. Unbelievably close racing!! 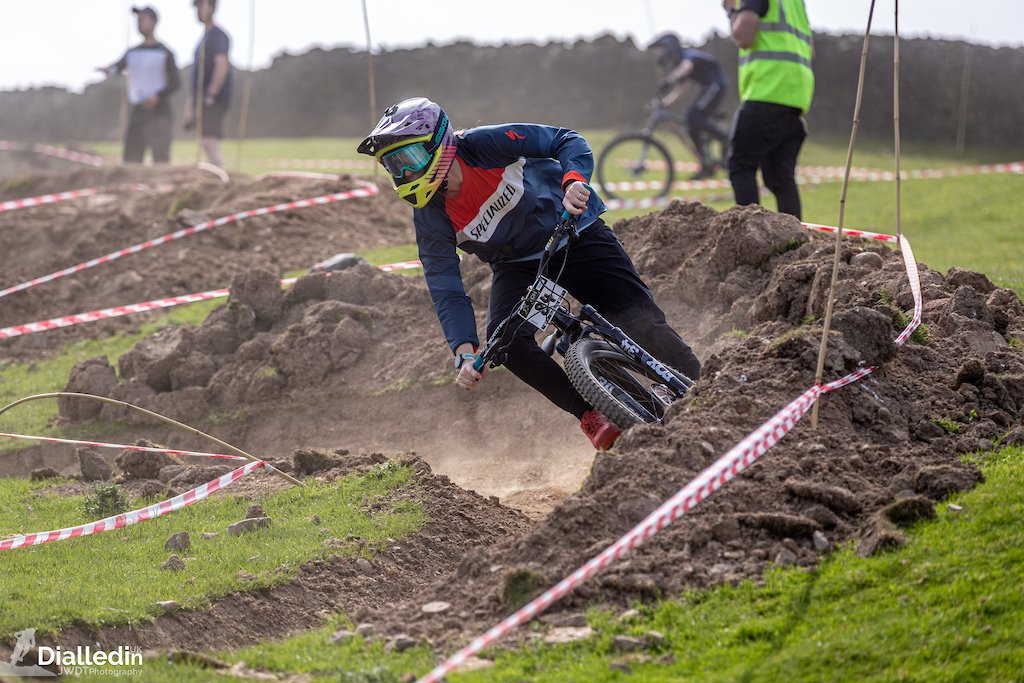 Helen Gaskell, eyes on the prize 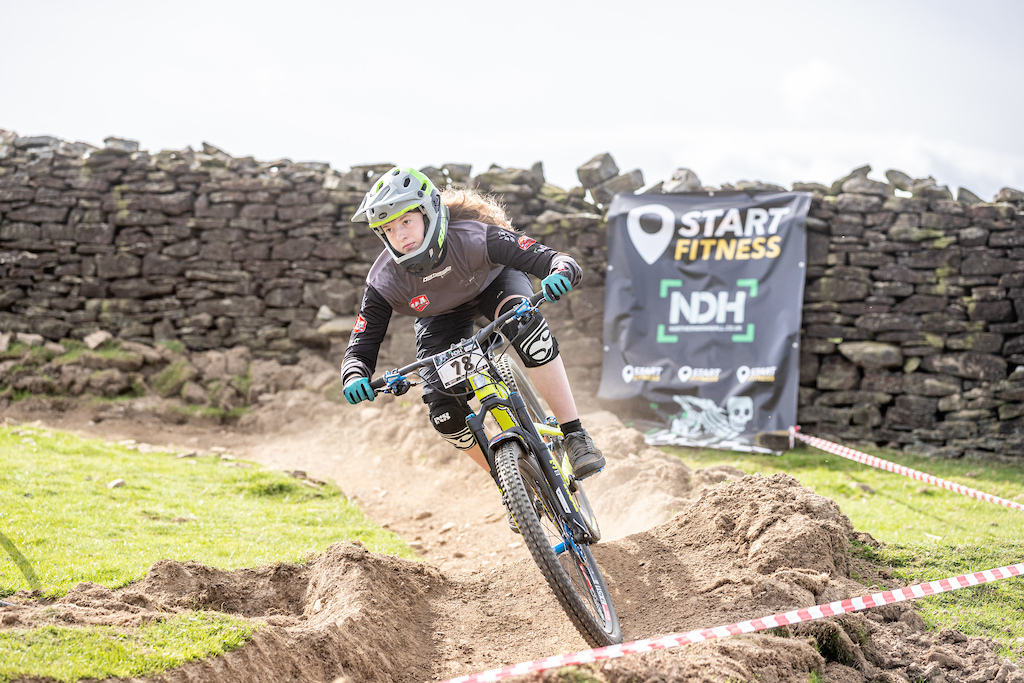 Looking pinned Hollie Vayro
For a full run down of the results, head over to roots and rain.

So that's a wrap for this completely unique and outstanding race. The post-race euphoria has been off the scale this time. It was a tiny venue, but the track itself was superb and everyone I spoke to had an absolute blast. Long may this venue live and develop. Huge thanks to Wallace the farmer who let this happen. To find out more about Northern Downhill races, head over to their Facebook or website. Next up is the Descendant Enduro at Danny Hart's Descend Bike Park. 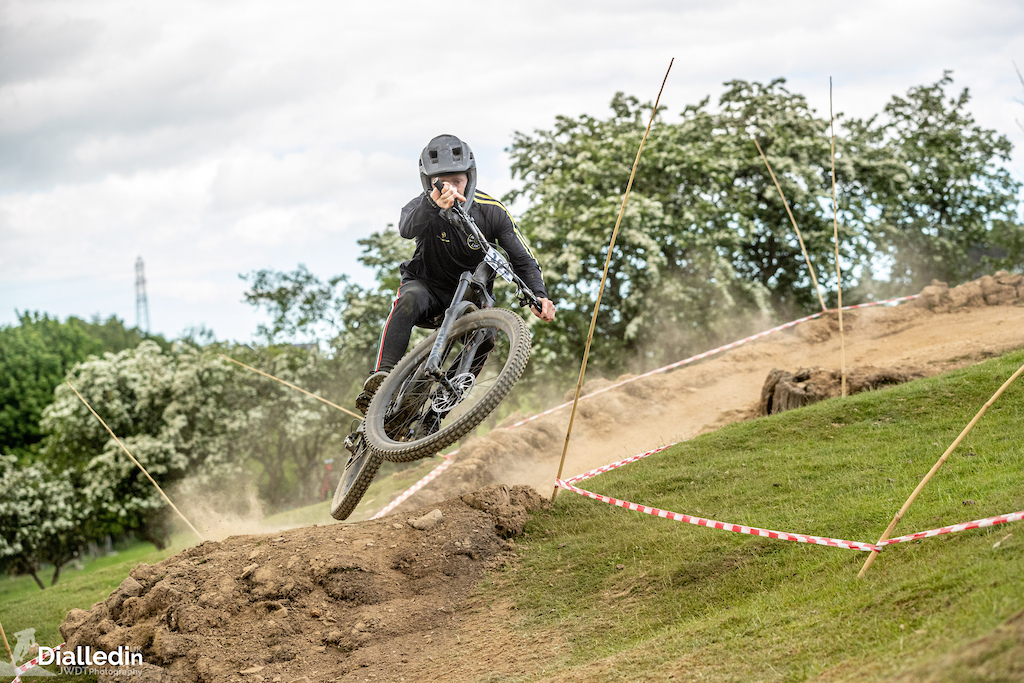 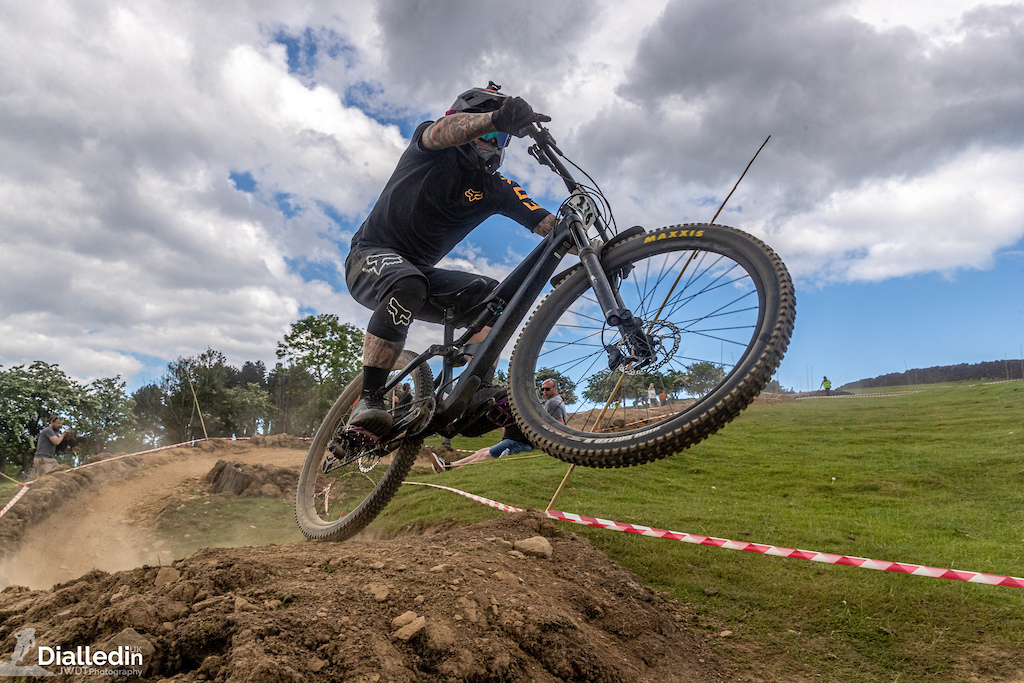 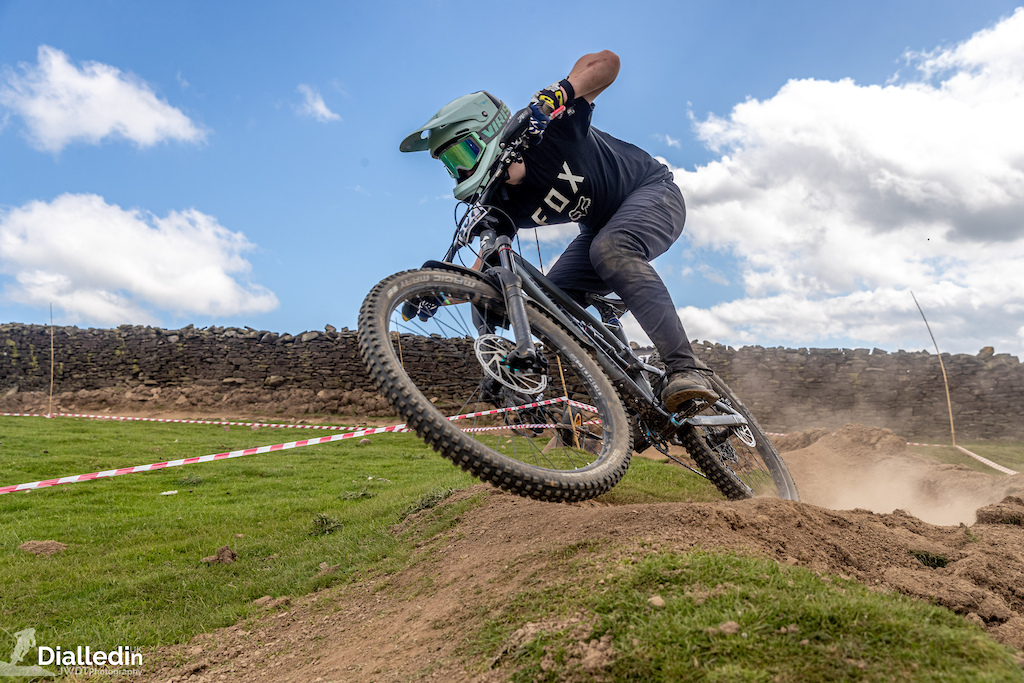 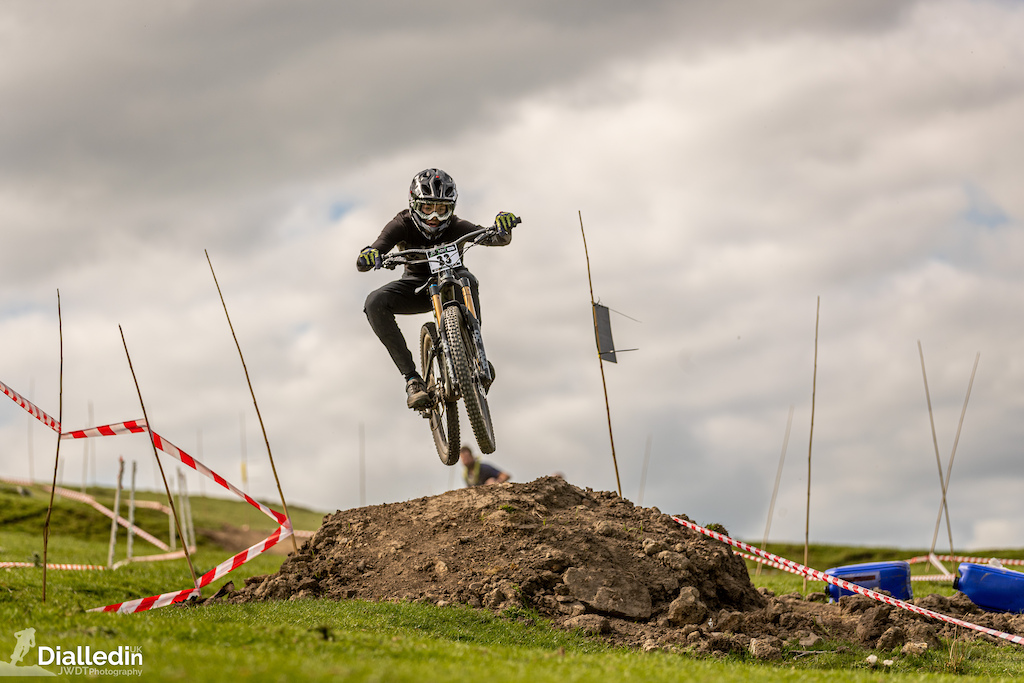 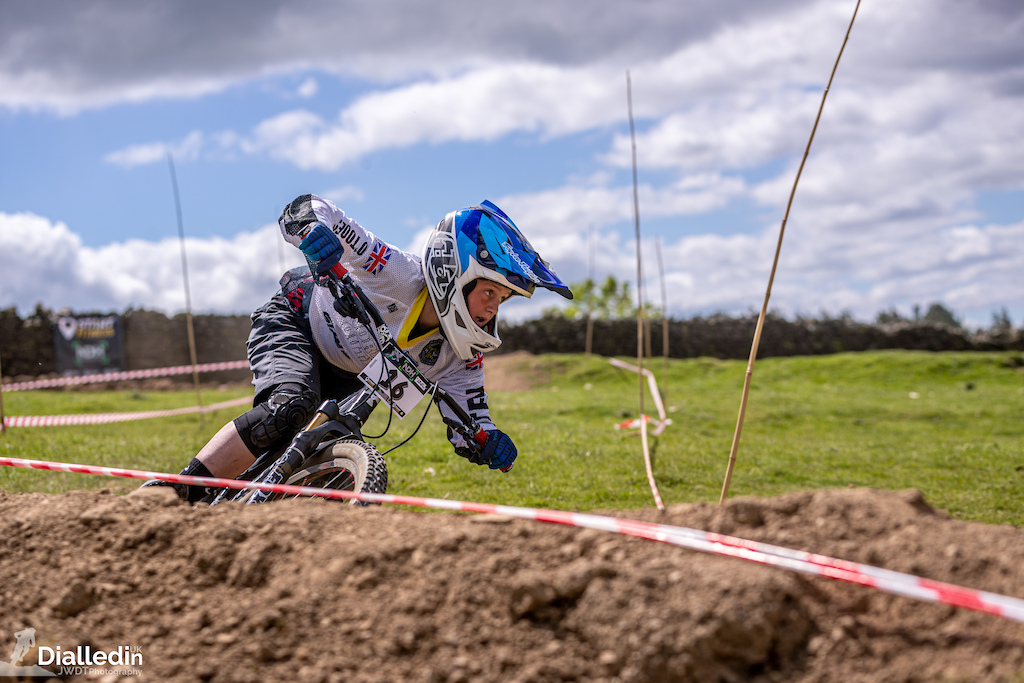 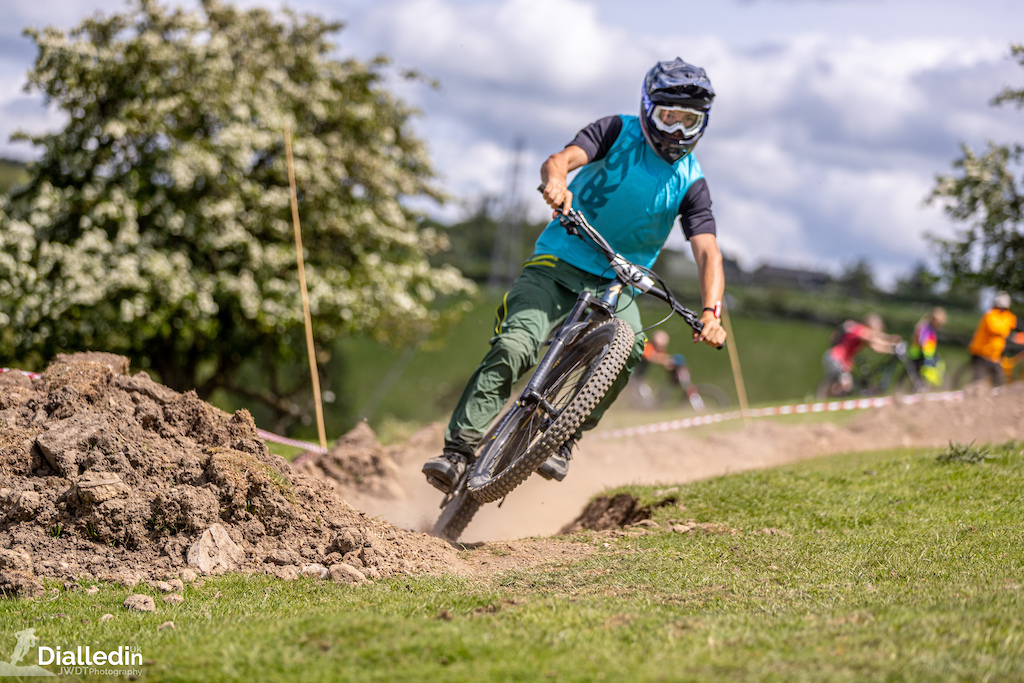 Cheers, I did get it sorted. My eyes are getting olde.

JWDTphotography (Jun 9, 2021 at 7:03)
Certainly had that vibe to it. Many thanks for the compliment.

DoubleCrownAddict (Jun 9, 2021 at 0:58)
Track actually looks pretty well laid out and the grass section is sweet even though it won't last.
Post a Comment