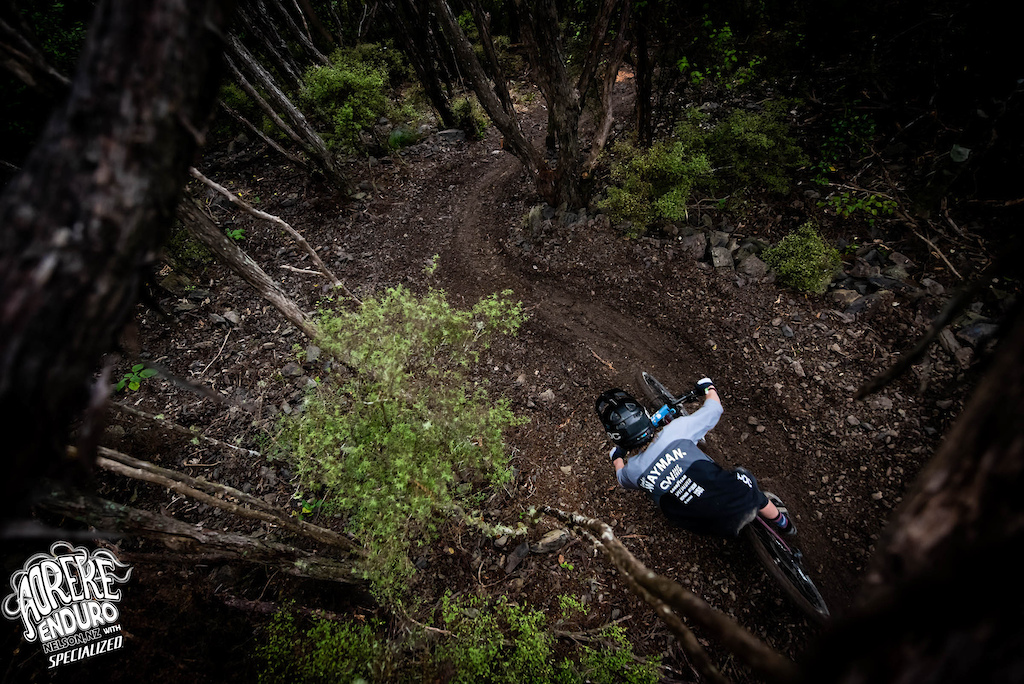 Nelson, New Zealand’s sunshine capital, saved the best weather 'til last for the second running of the Aorere Enduro with Specialized. While it wasn’t the EWS round that had been planned, this EWS qualifier still drew some big guns to see some competitive racing. 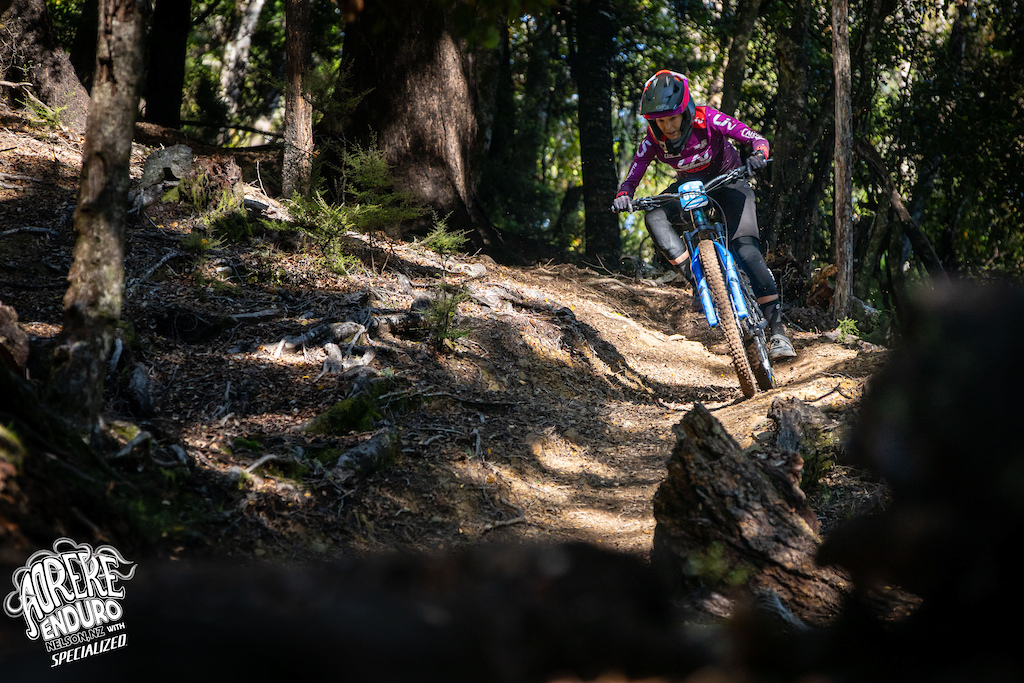 The course included two unraced and newly built trails. Stage one, Butters – a trail jointly funded by the Santa Cruz Pay Dirt fund and Nelson City Council and named in memory of the late Dr. Bernard Simmonds. This trail hasn’t even been opened yet, so riders were keen to check it out. Friends of Bernard who rode the trail said it was a fitting trail for their mate. Nestled into the bush, remote yet minutes from Nelson, the trail is bound to become a new Nelson classic. The second new trail was stage five, Whaimana, a Nelson City Council funded back country adventure built last winter by Local trail masterminds Easy Trail Services. 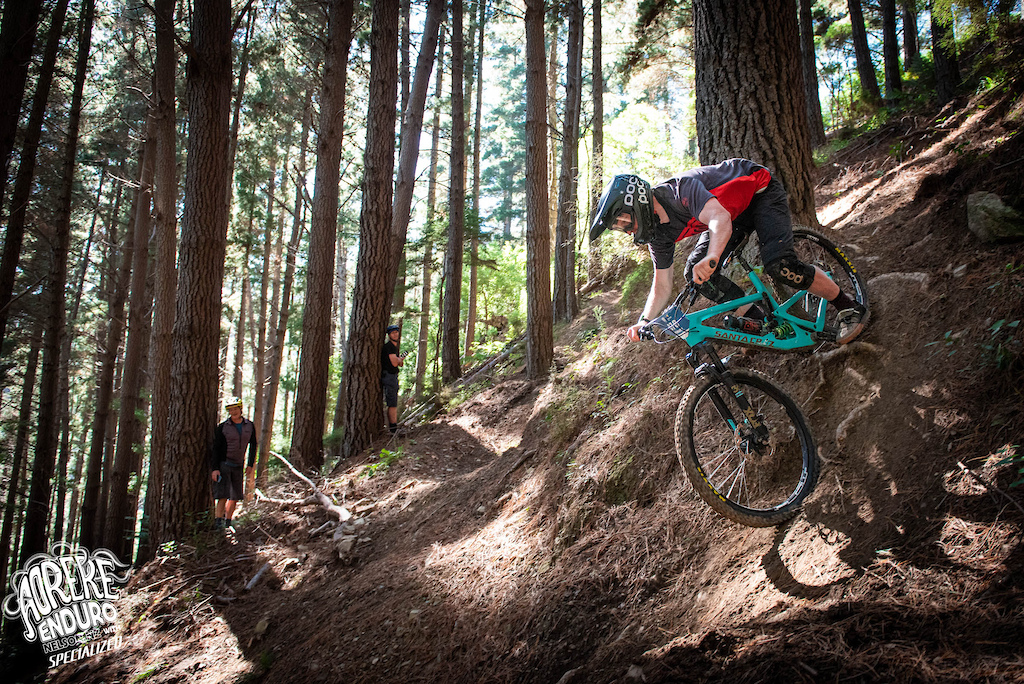 Shuttling is a must in Nelson if an event is to make the most of the trails on offer, so each day started with a shuttle to the top of Fringed Hill. An experienced crew of Nelson Mountain Bike Club volunteers ensured the shuttle was hassle free. 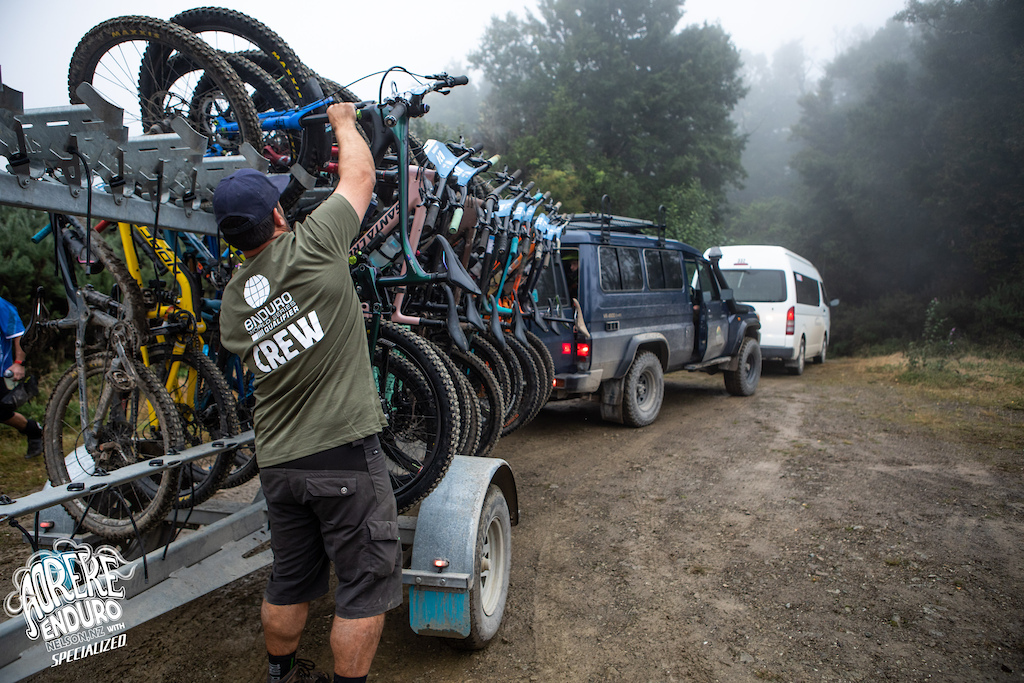 Race day one: Foggy and loose.

After ascending 700ish vertical meters in the shuttle, stage one set the tone for the event, freshly built and still soft, steep and technical but still finding flow, the trail wound its way through the manuka bush before crossing to the Punga ferns on the sunny side of the ridge then back again to join Fringe downhill to finish off riders who had any strength left. 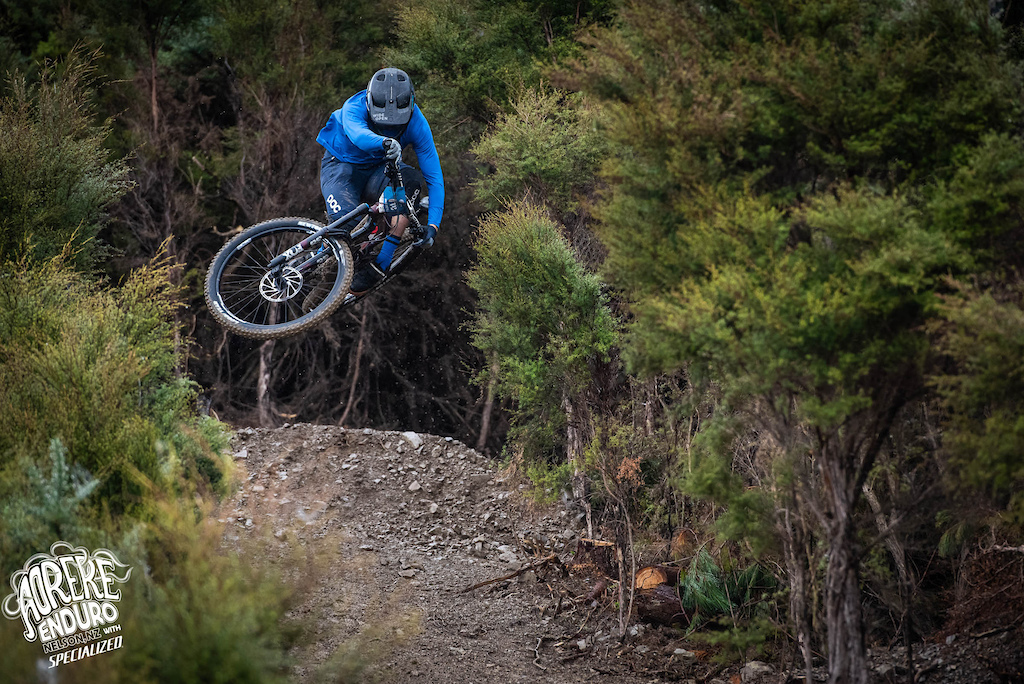 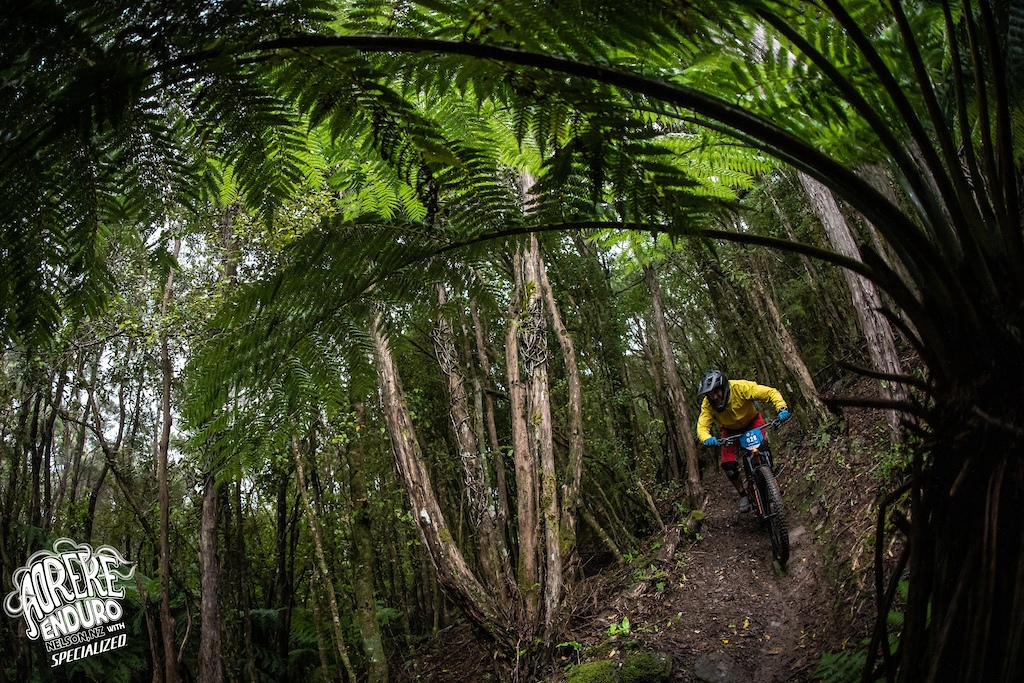 The riders then climbed through the codgers trail network and pinched up to get stage two on the steep and tight but flowy Smasher. 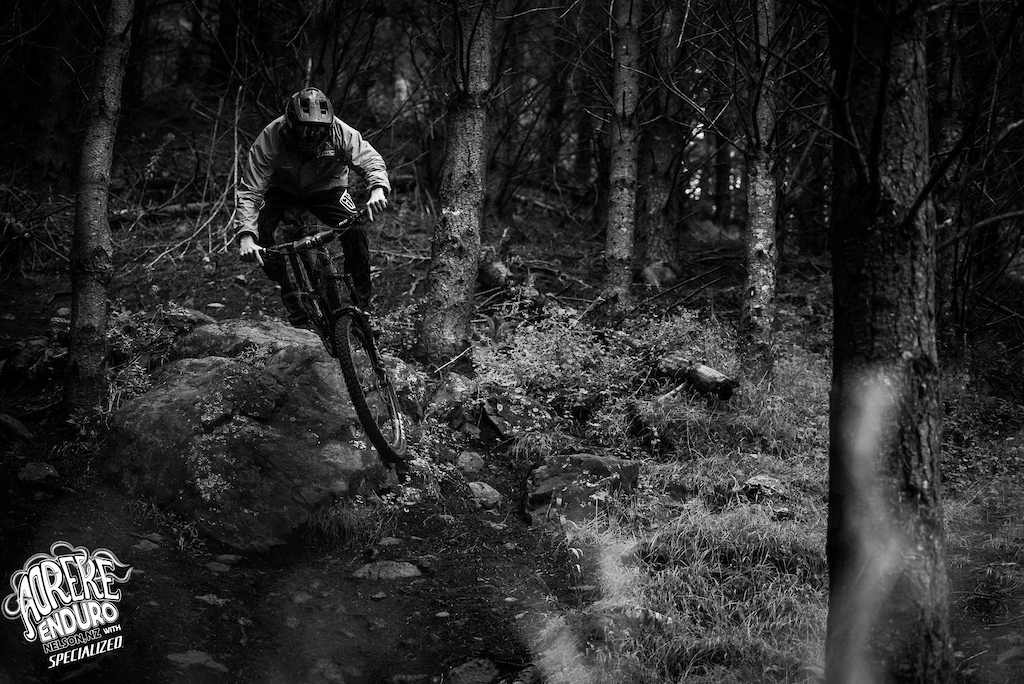 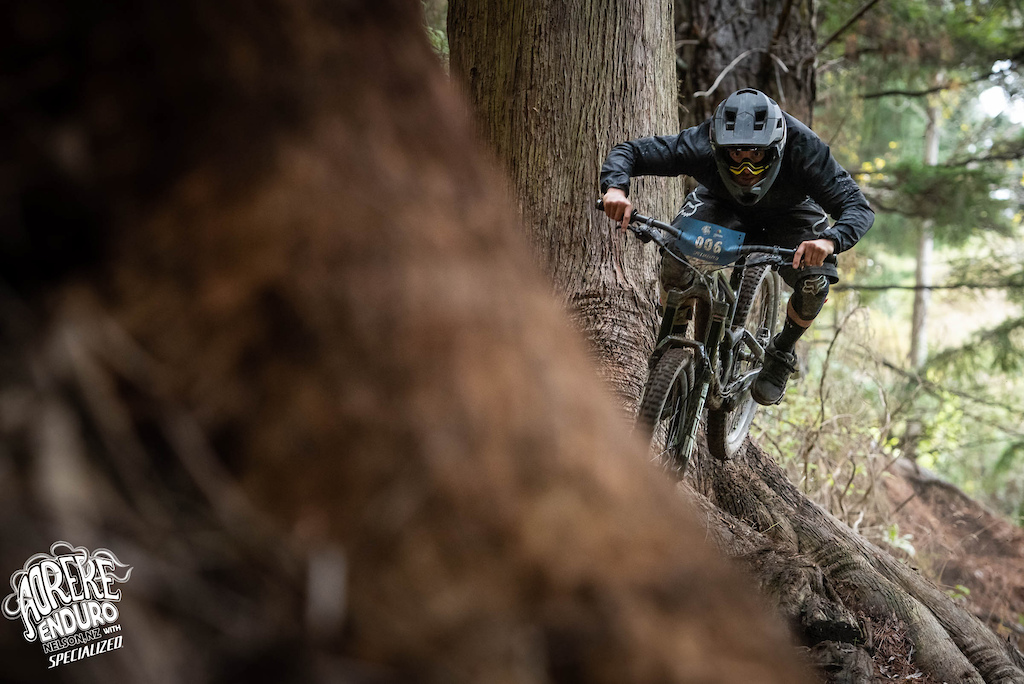 Aiden Limmer sneaking over the eucalyptus roots on Smasher 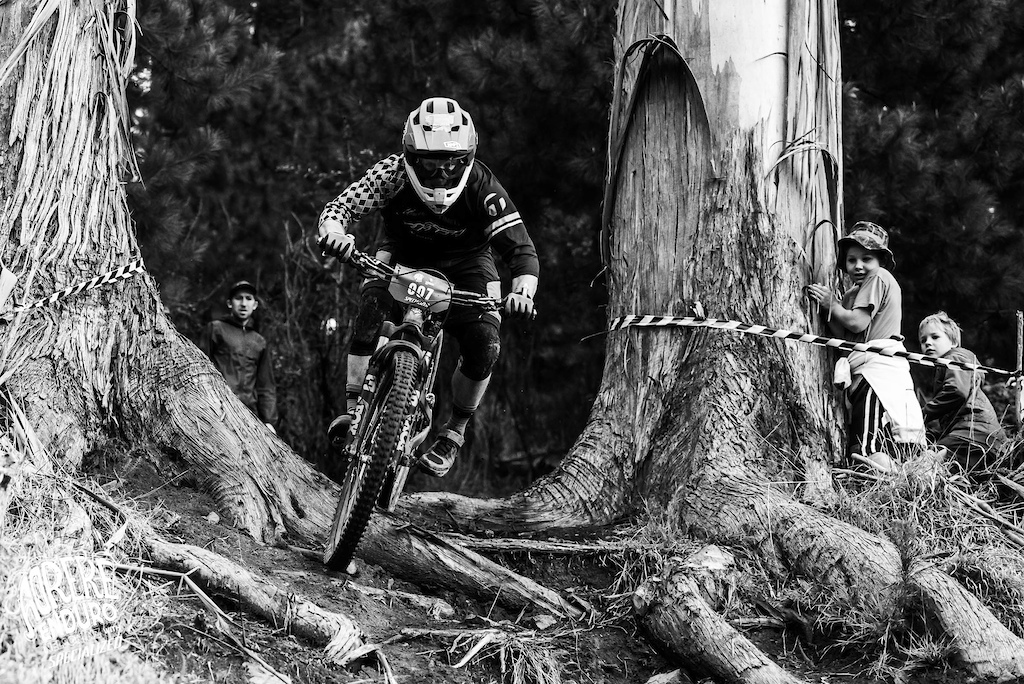 After a quick stop in the village the riders had a quick climb up to stage three, Loam Ranger. 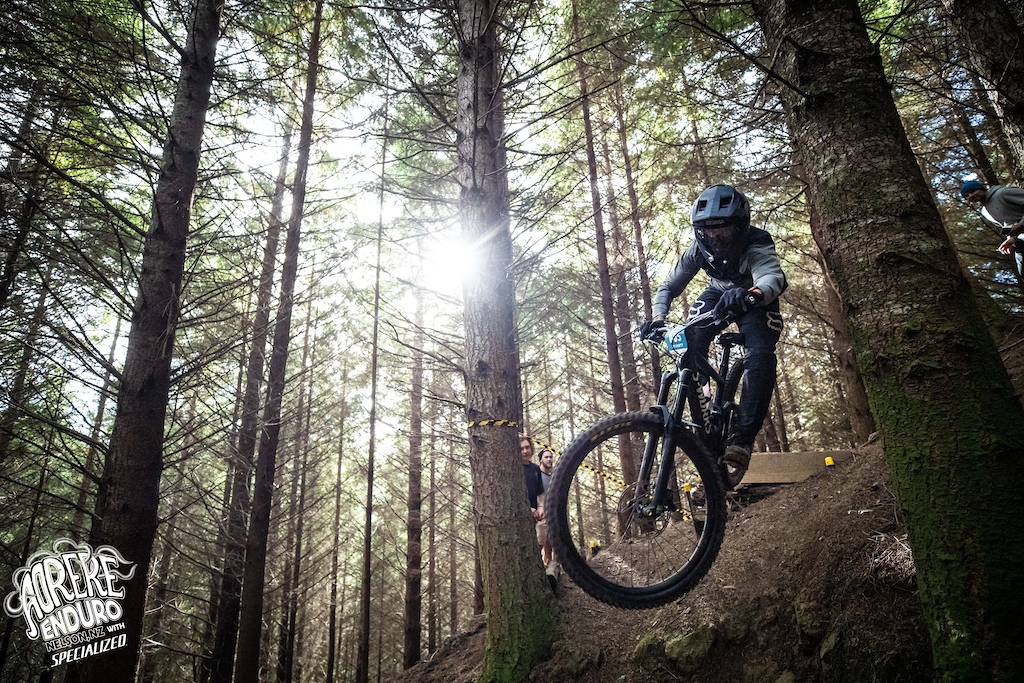 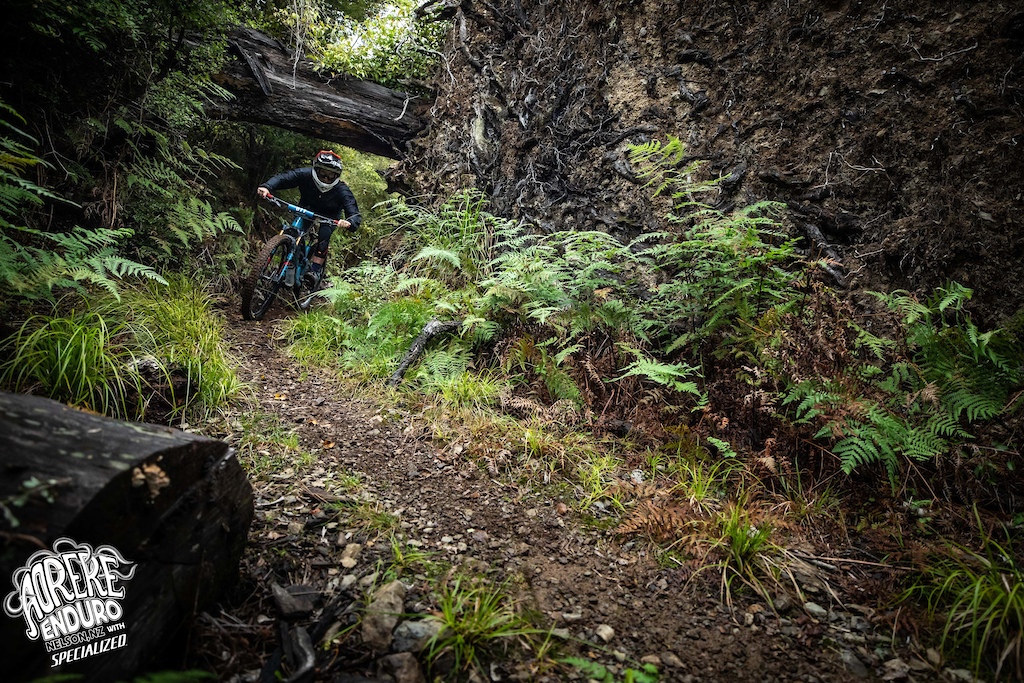 From the top of Fringed Hill riders liaised for half an hour along the tricky and undulating Black Diamond ridge to the start of stage four. This was a much talked about stage due to its unrelenting nature and tricky mixed rooty, rocky surface and brutal pinch climbs. Race Director Hamish Berkett had planned a 13 minute plus monster, but decided to shorten this stage due to the conditions. Riders still found the stage challenging with many of them spending time up side down. 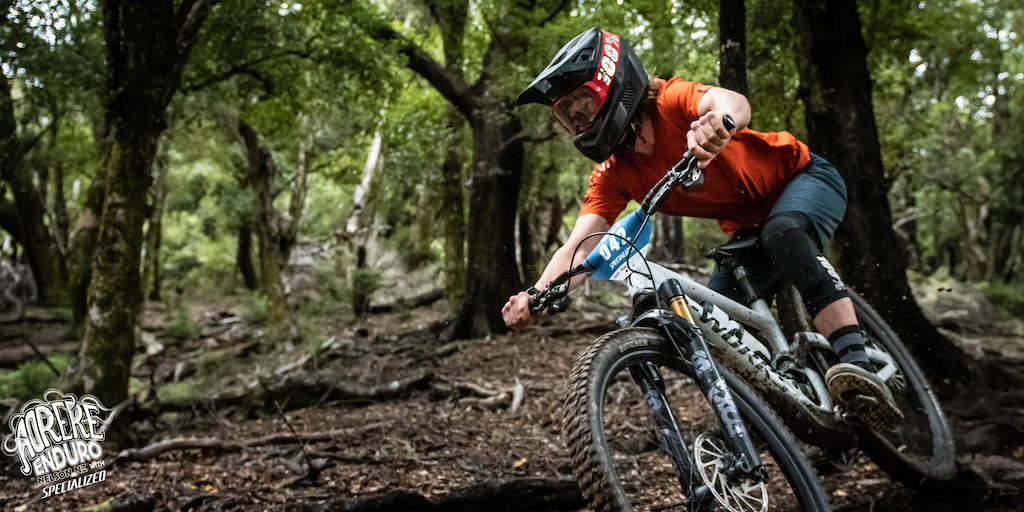 Jamie Bartlett placed second in under 21 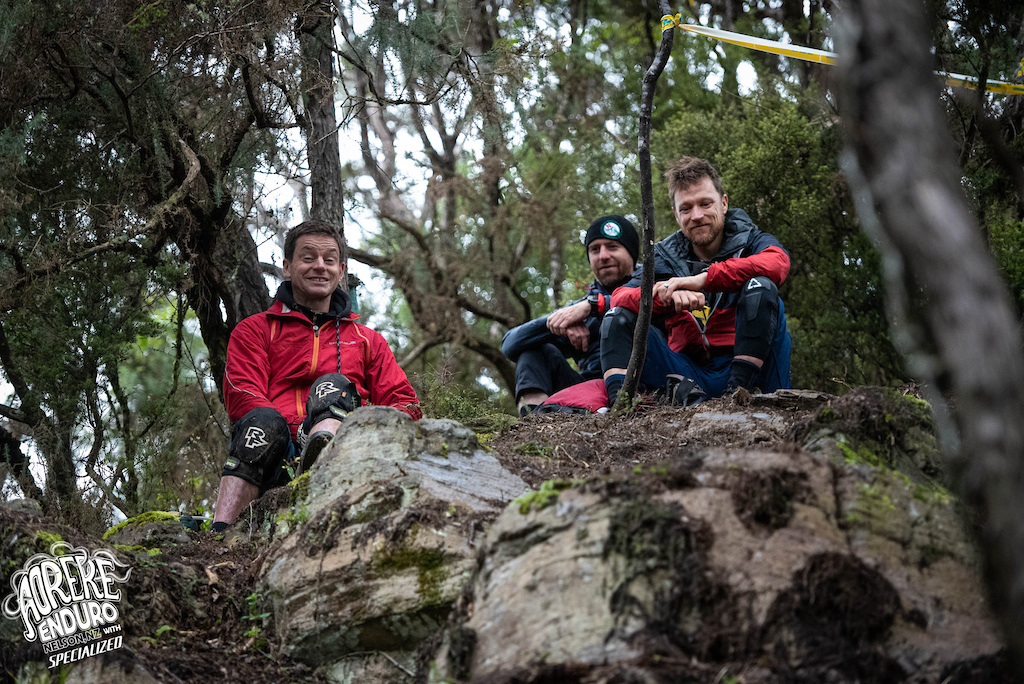 The medical team play a huge role in keeping the events running, we are all endlessly grateful for their time and patching up skills 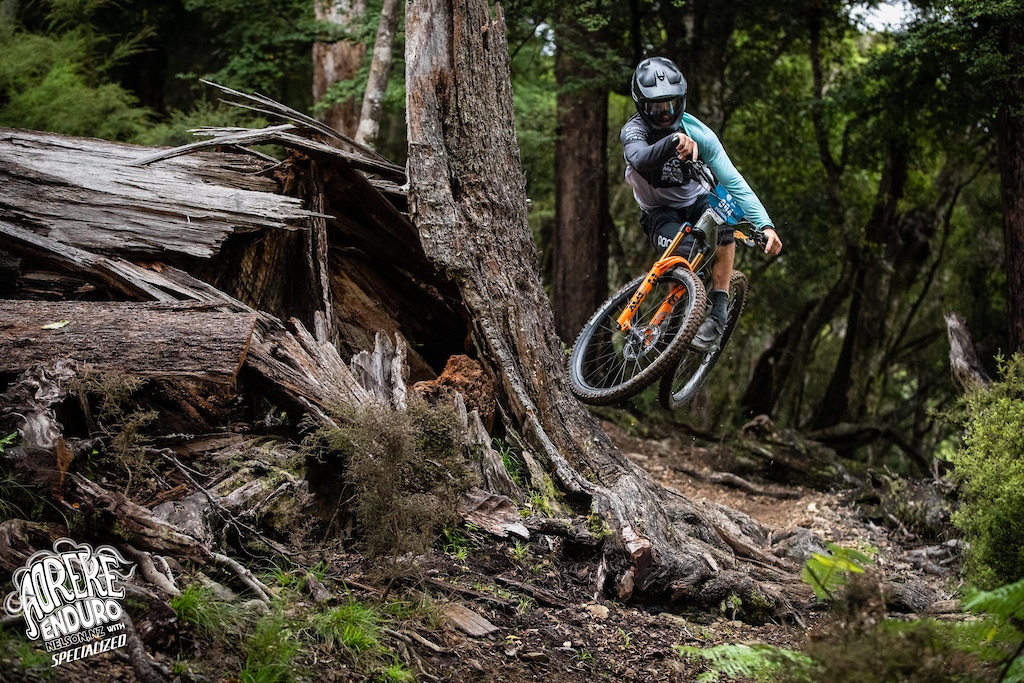 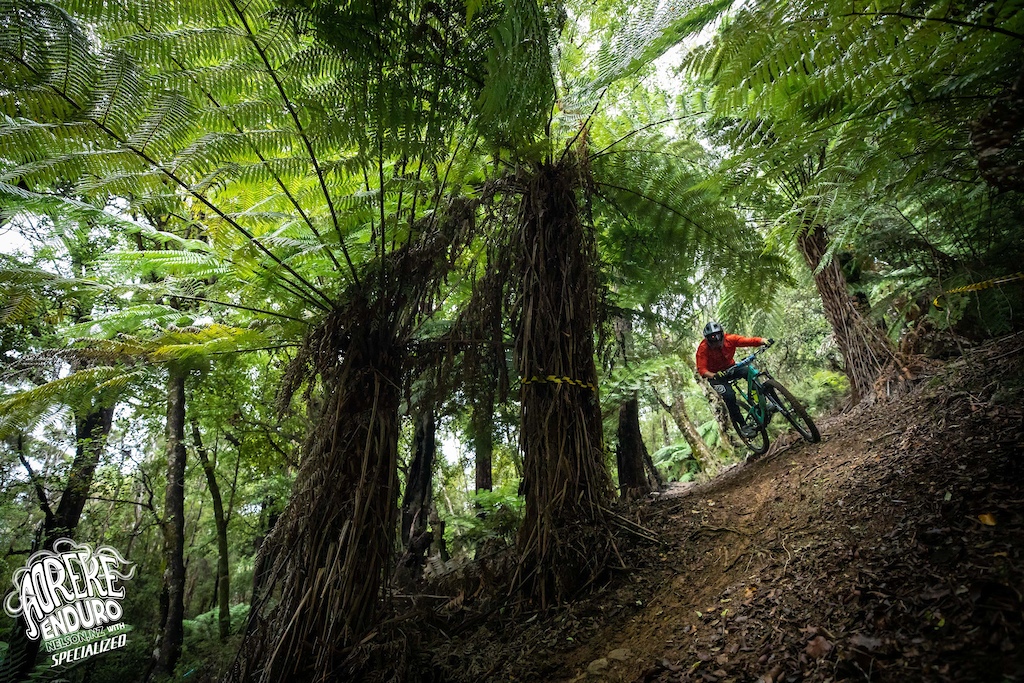 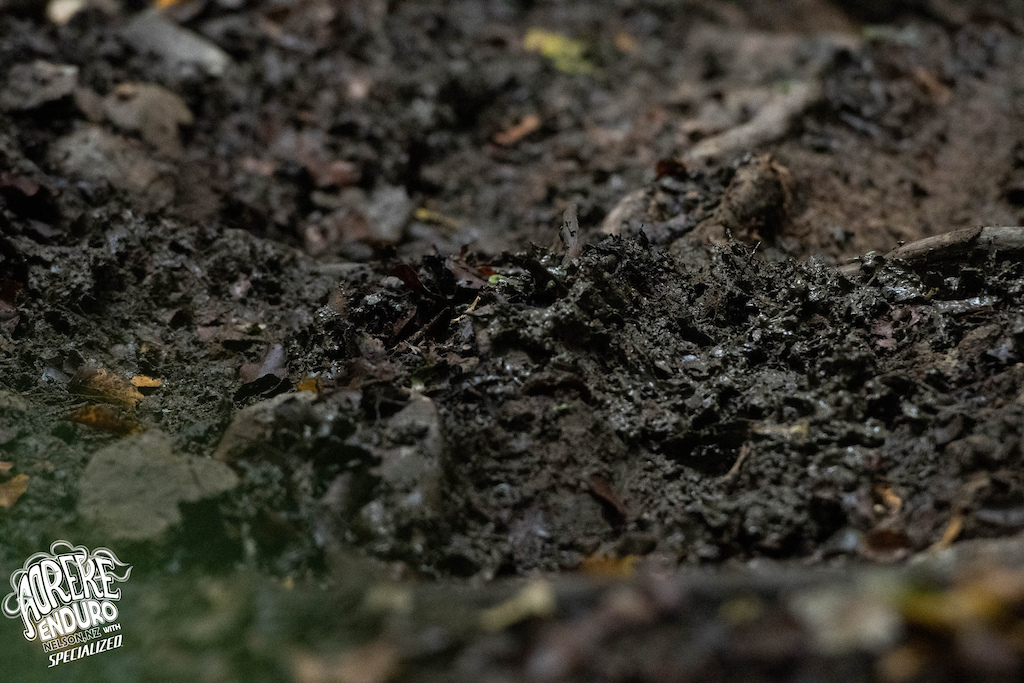 Stage 6 track conditions; moist with a side of slippery


Racers then enjoyed the undulating beach forest traverse and short climb to the beginning of Whaimana, the stage with the biggest vertical drop of the day. Whaimana starts on a peak high above the Maitai valley, and descends on minimally built trail snaking through virgin beach forest before diving onto fast narrow benches that thread between the mature pine trees on the steeper lower half. 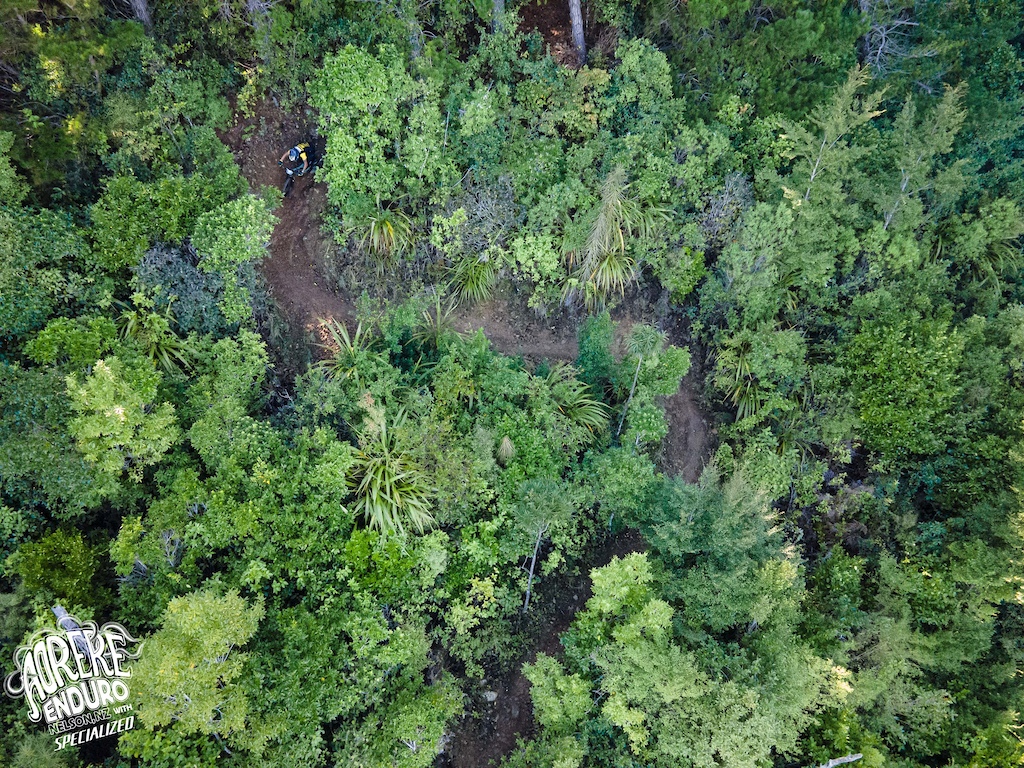 A drones eye of Aorere 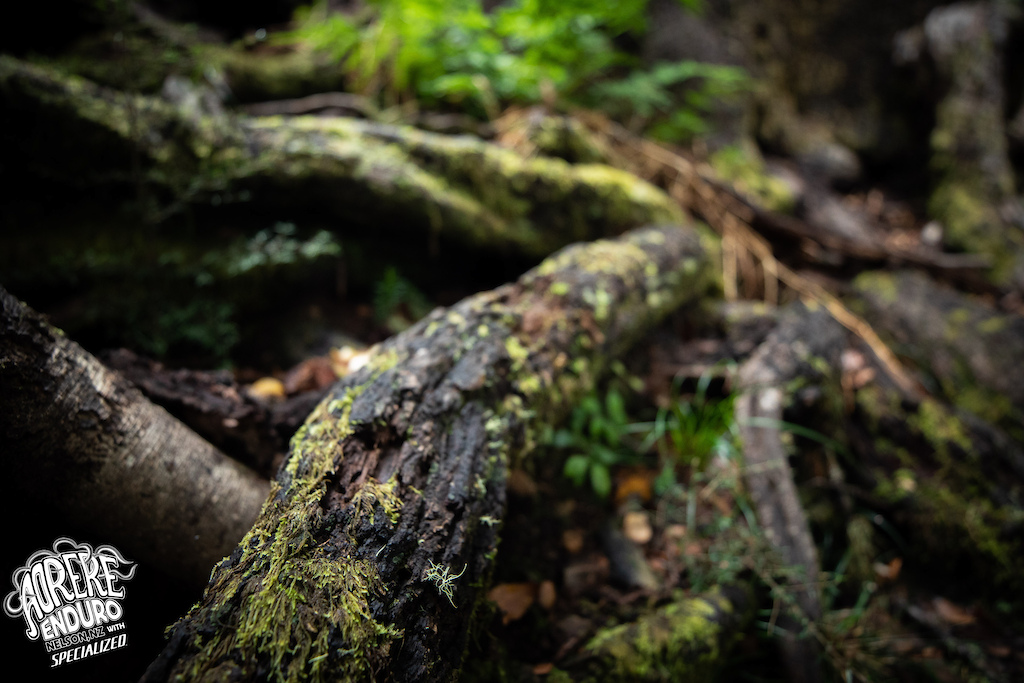 These roots have been here a while 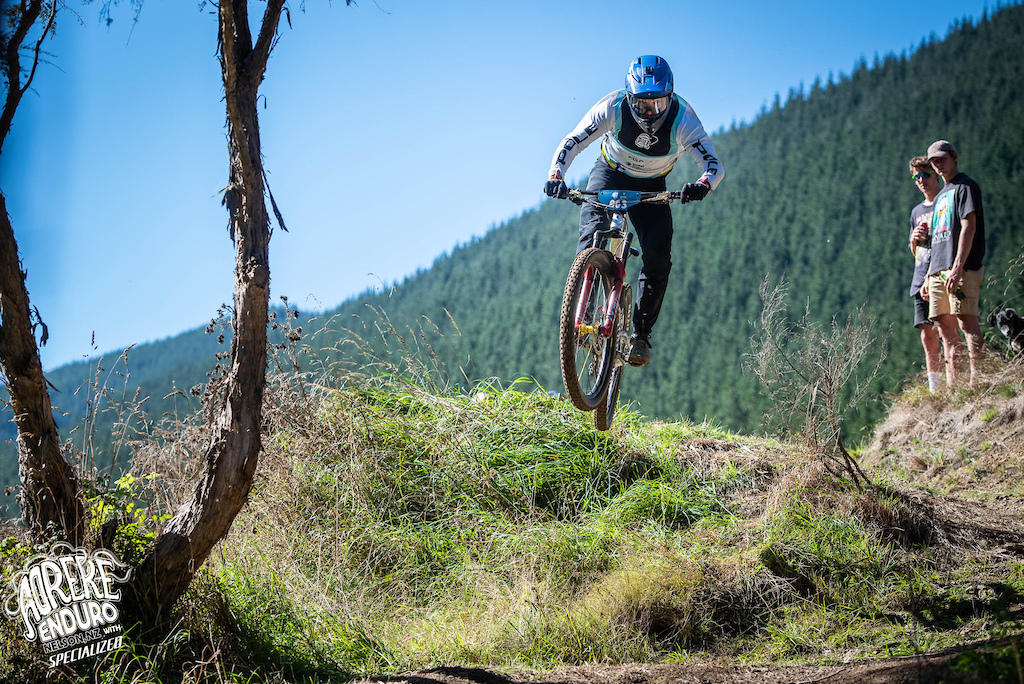 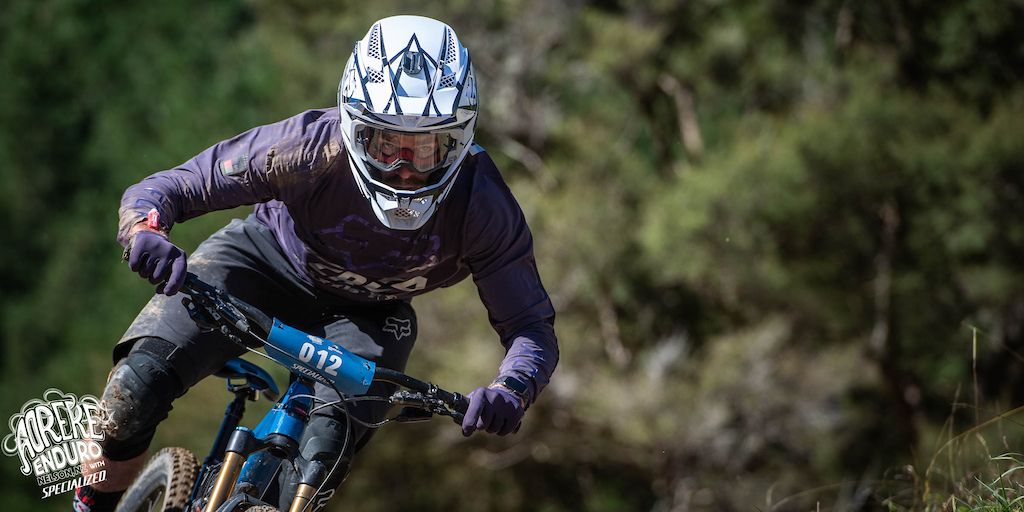 Kieran Bennett rode well until an unplanned upside down experience on Whaimana severely dented his result
After a check into the Village, riders then made their way up the hour long climb to the event’s namesake trail, Aorere. This is a long stage with many different sections, each with their own style and flow. The trail took riders between nine and fourteen minutes, with three short sprints breaking up the hand built forested sections. 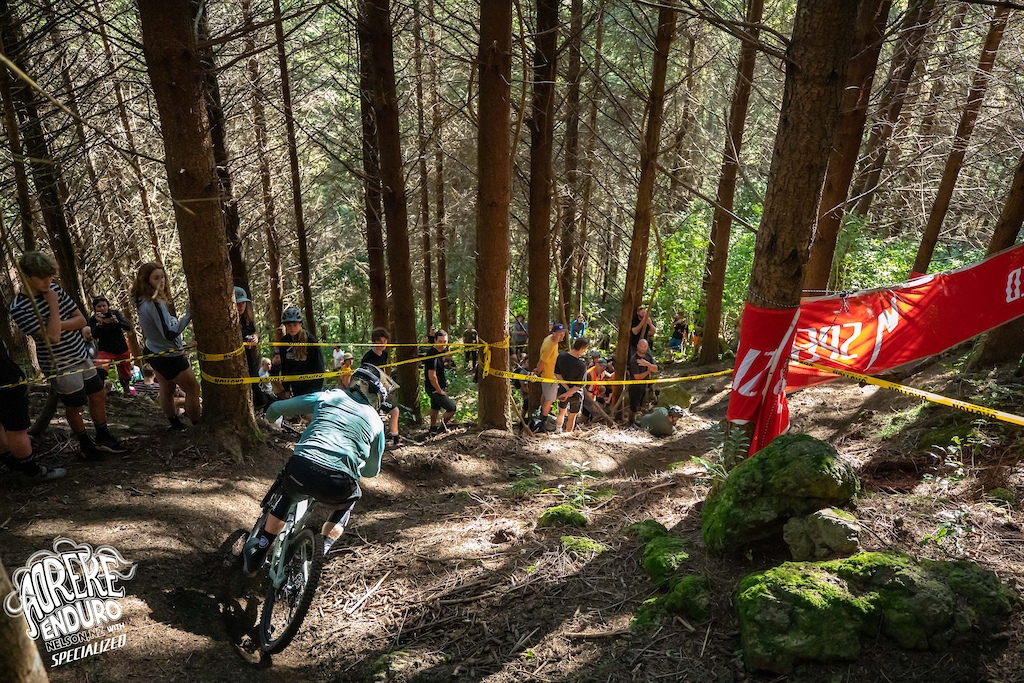 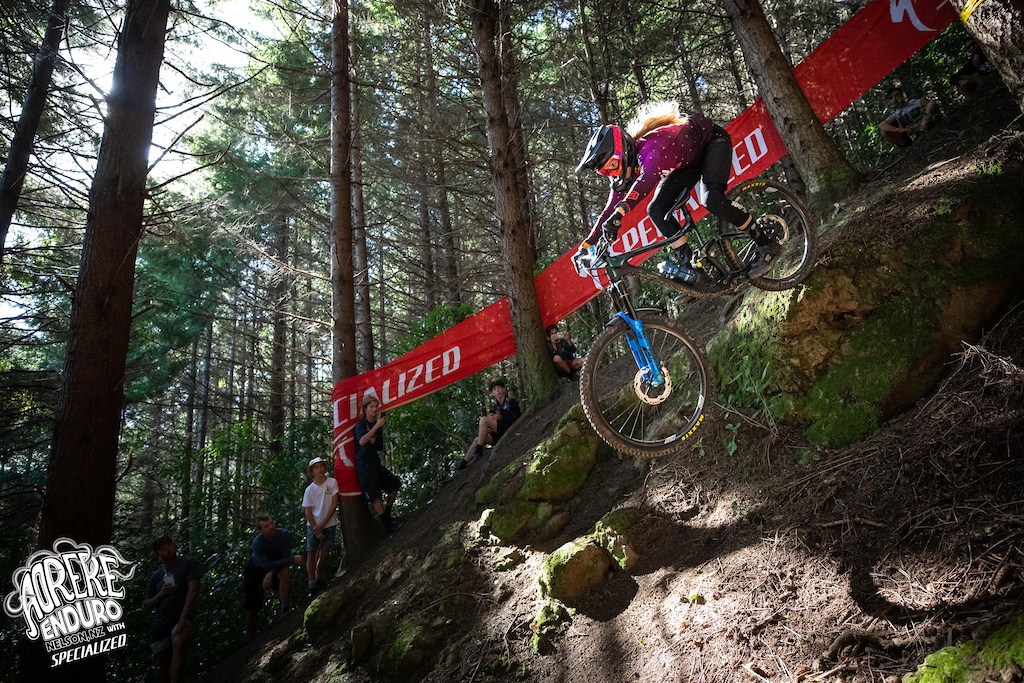 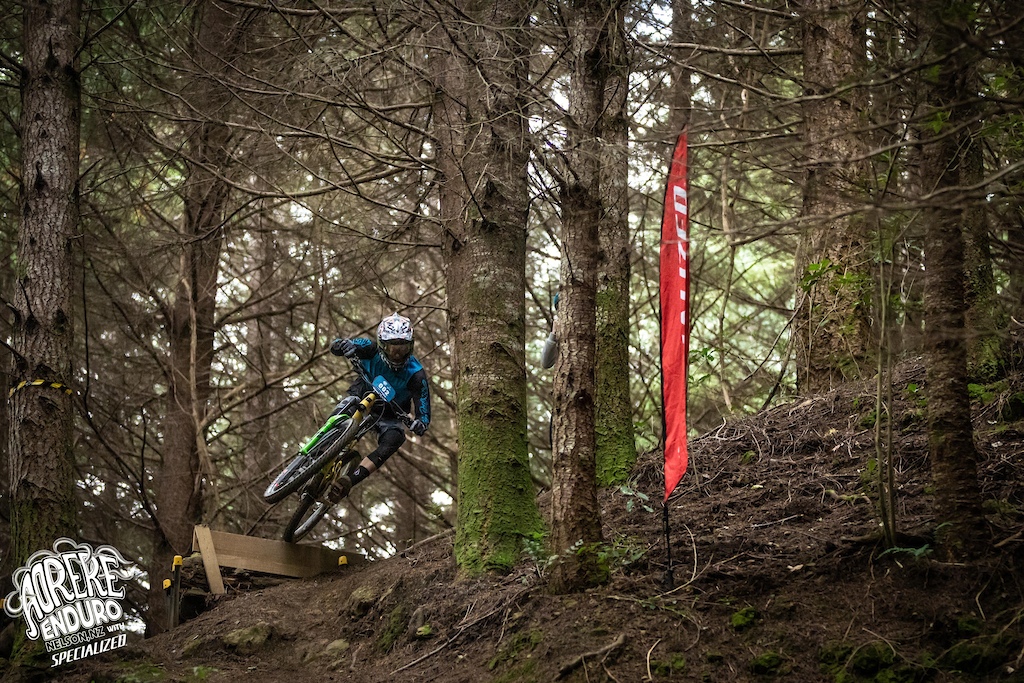 After Aorere, a sustained forestry road pedal brought riders to the final and steepest stage of the race, Maitai face. This four minute trail drops almost 400 meters through dark dingy Douglas fir forest with steep committed corners connecting sketchy pencil benches and tricky off camber sections. Specialized set up their Fan Zone near the bottom of the stage where there were several committed line choices. Spectators were treated to a show by the fastest racers while others failed to make it through the stage with their bike between their legs. 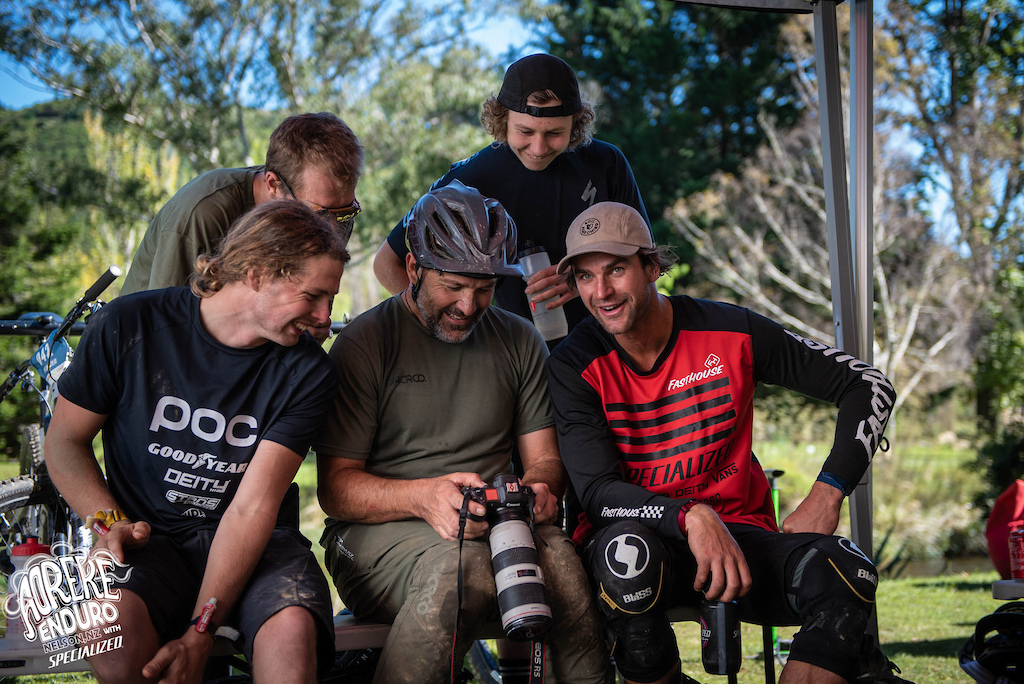 The Specialized crew and Sammy Shaw gather around Sven Martin to see his sequence of Cole Lucas. 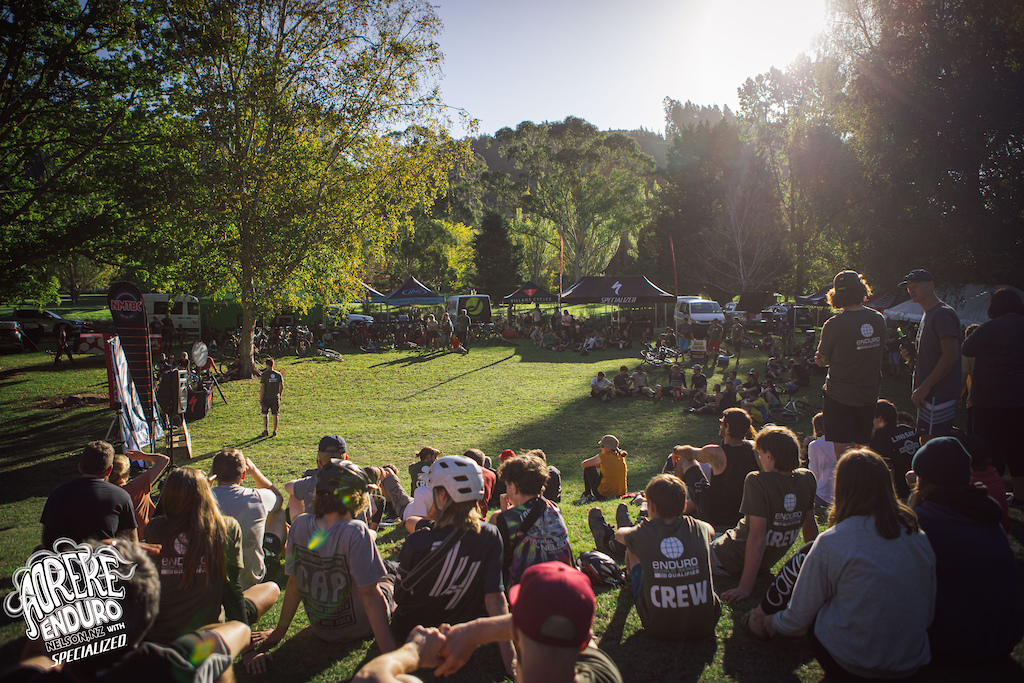 Racers Gathered in the park for Prize giving

Thanks to awesome sponsors, there was an $8000 cash prize pool for the podium.
Brady Stone took the AON Insurance Open Mens win and Raewyn Morrison taking out the DVO suspension sponsored Open Women's category. 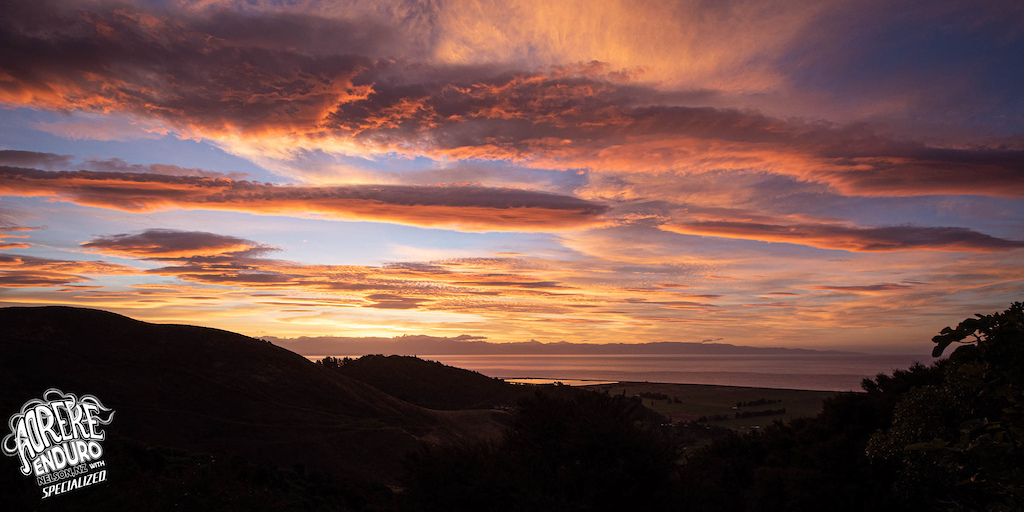 See you next year for EWS!