Completing a Stoneman trail in Austrian Alpines within two days

My old mate Pavel Cinegr is a professional orthopedist in one person whom I owe several medical interventions that helped me to recover serious sports injuries. Fortunately, I need not call him just in an emergency. The last time I dialled his number, was to propose him the idea about ​​heading to Austria and taking part in the Stoneman Taurista bike challenge. "Have you ever heard about it?” I asked him at the of the August. 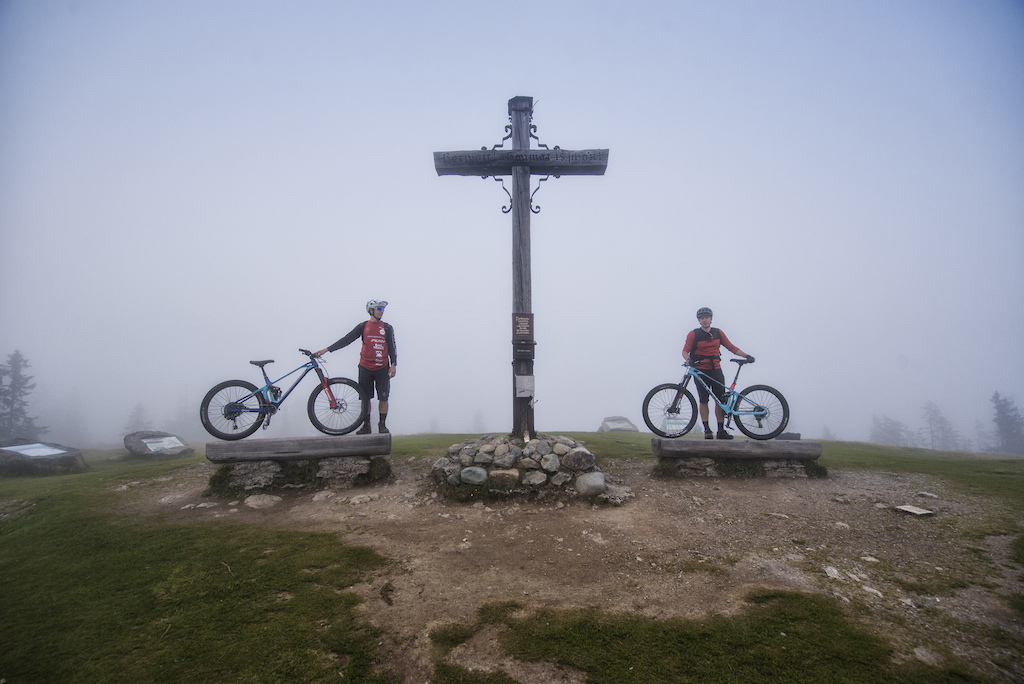 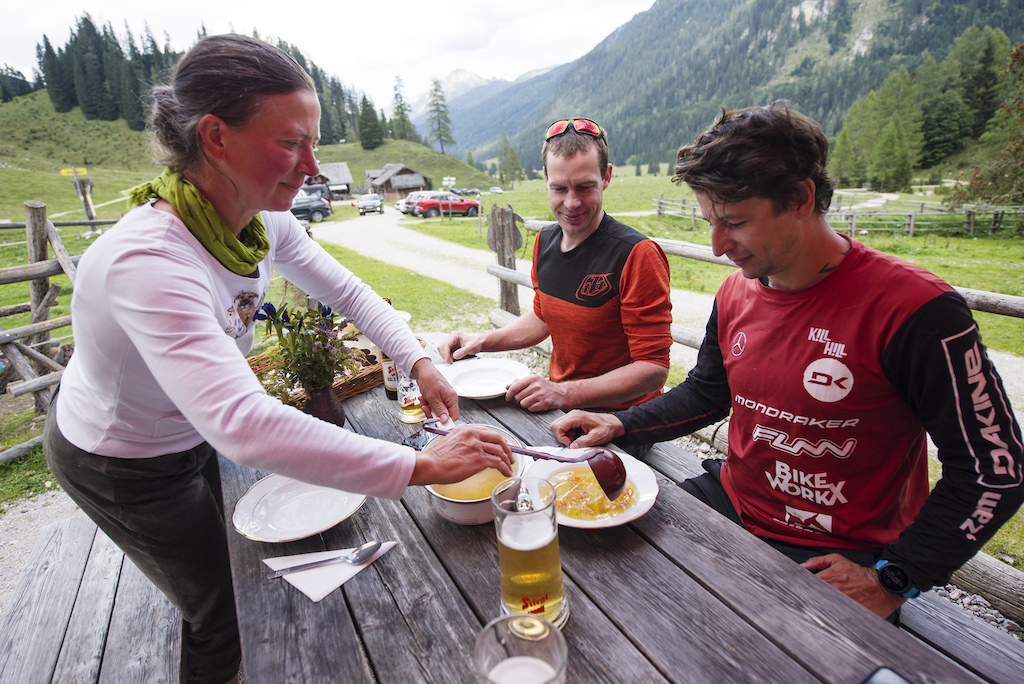 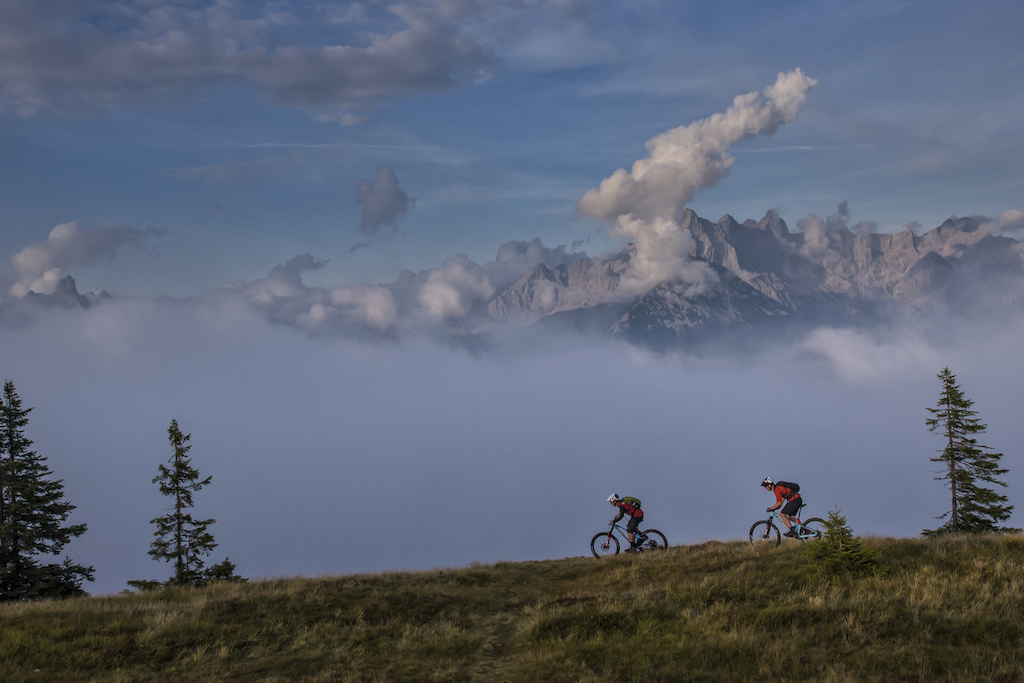 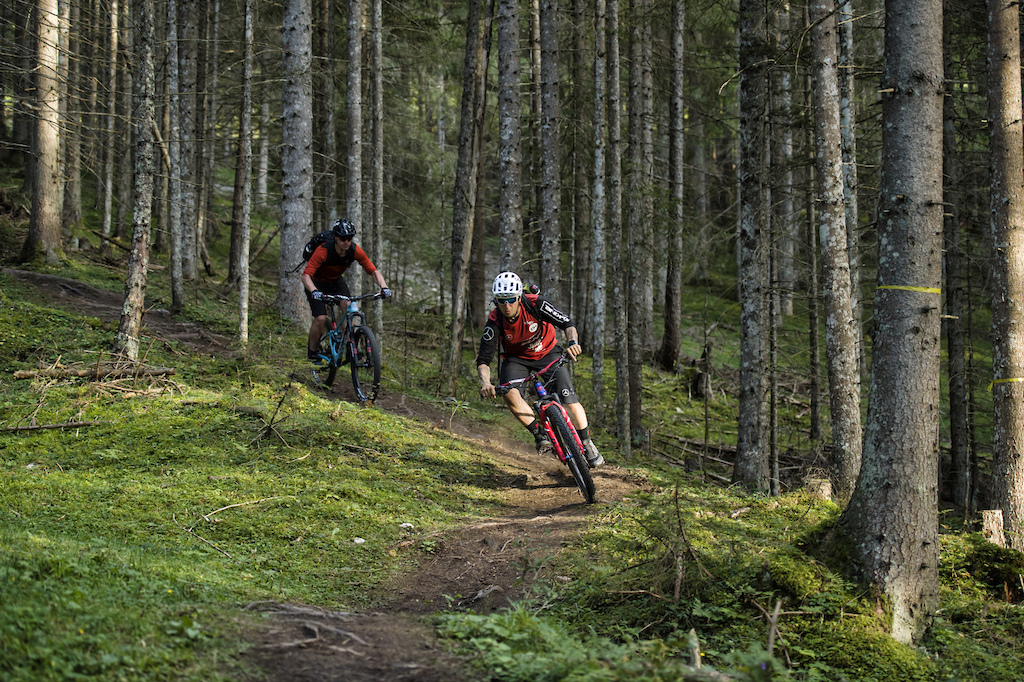 Accessing the eight peaks of SalzburgerLand, the Stoneman Taurista belongs to the most challenging MTB official circuits of the Alps. The route runs across pastures, mountains, lakes. On top of that, the itinerary includes crossing several alpine passes and visiting a six-meter high waterfall. Since stage races were unlikely to happen in these sad days, we agreed with Pavel that travelling to the Austrian Alps and conducting an individual ride was a decent way to recall our sports experiences. 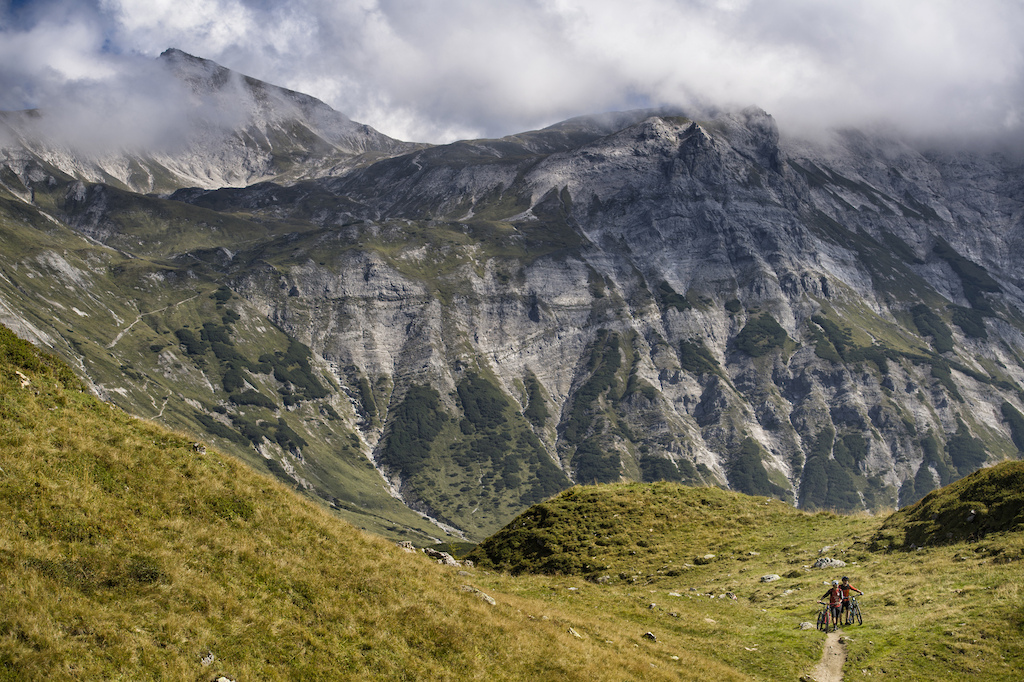 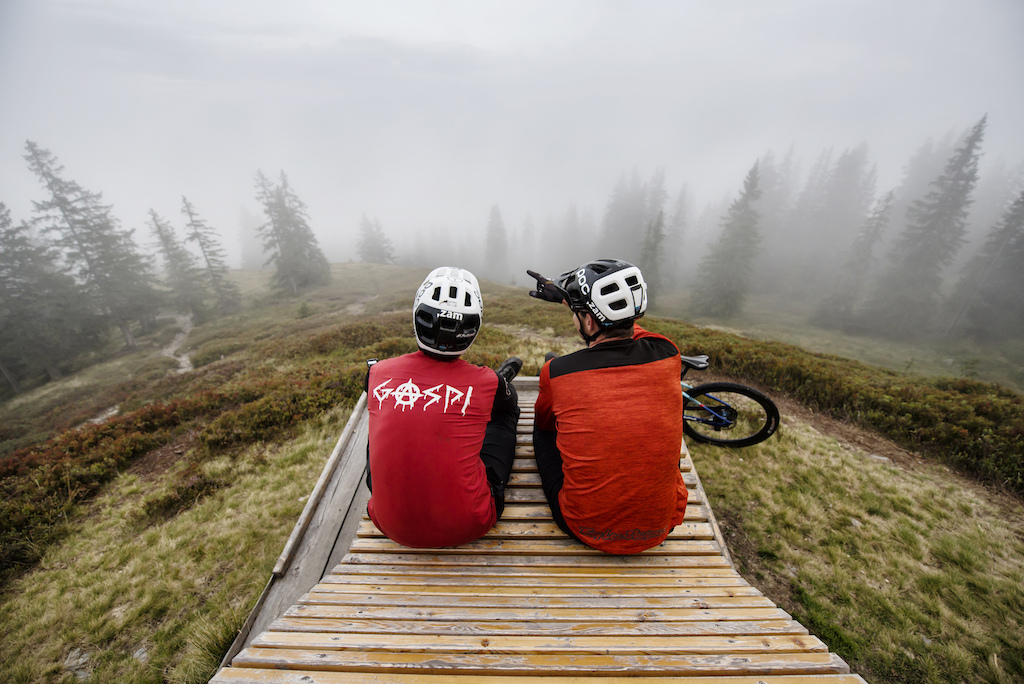 When checking with the track profile, I found that my heavy free-riding bike was perhaps not the right choice, yet it was too late to turn the car and come back to pick a lighter one that would suit better the 123 km long trail with 4,500 m altitude.

Even though I knew the ‘Doc’ was in a perfect condition, I did not expect him to completed over 4000 km on the MTB a year so far. When I found out, my jaw dropped, as he was so much ahead of my, spending most of the summer in a car seat. That is how I realised for the first time that my legs are likely to burn in hell soon. 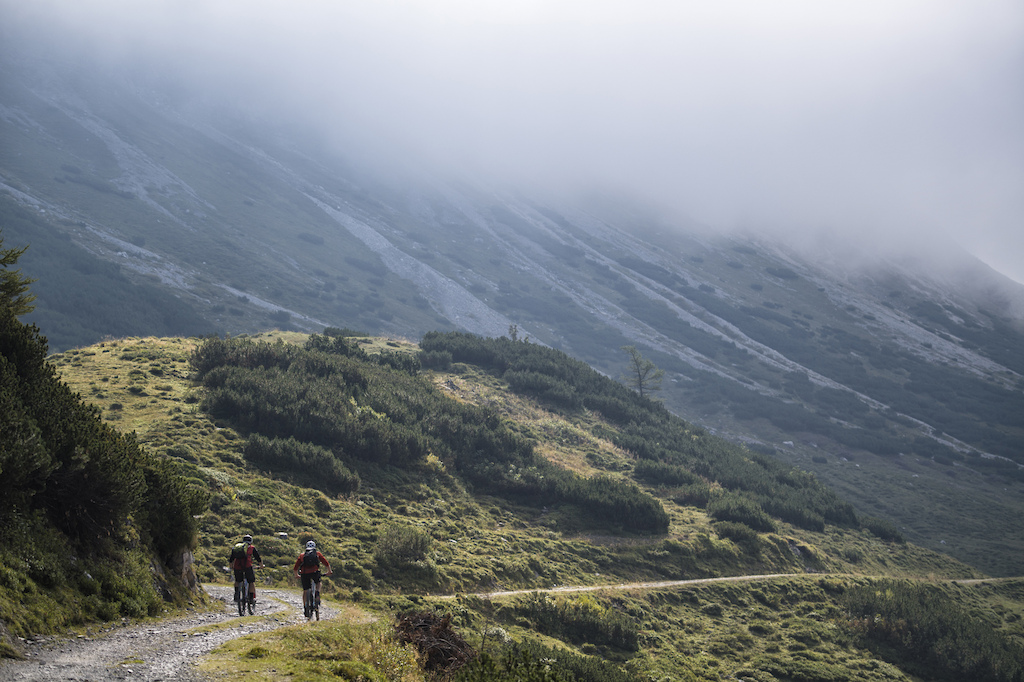 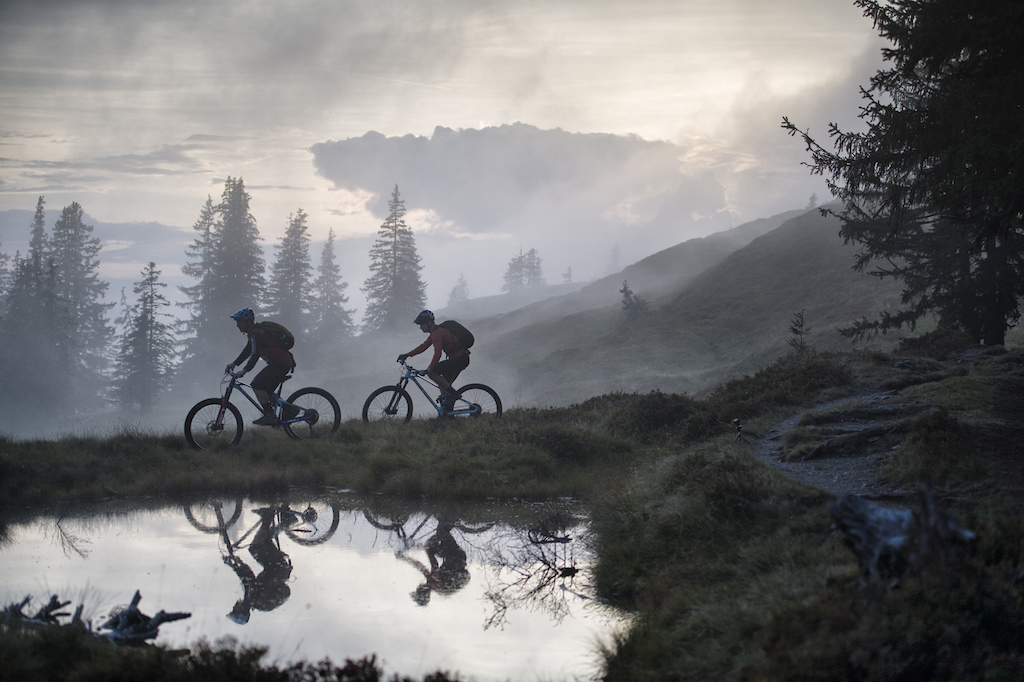 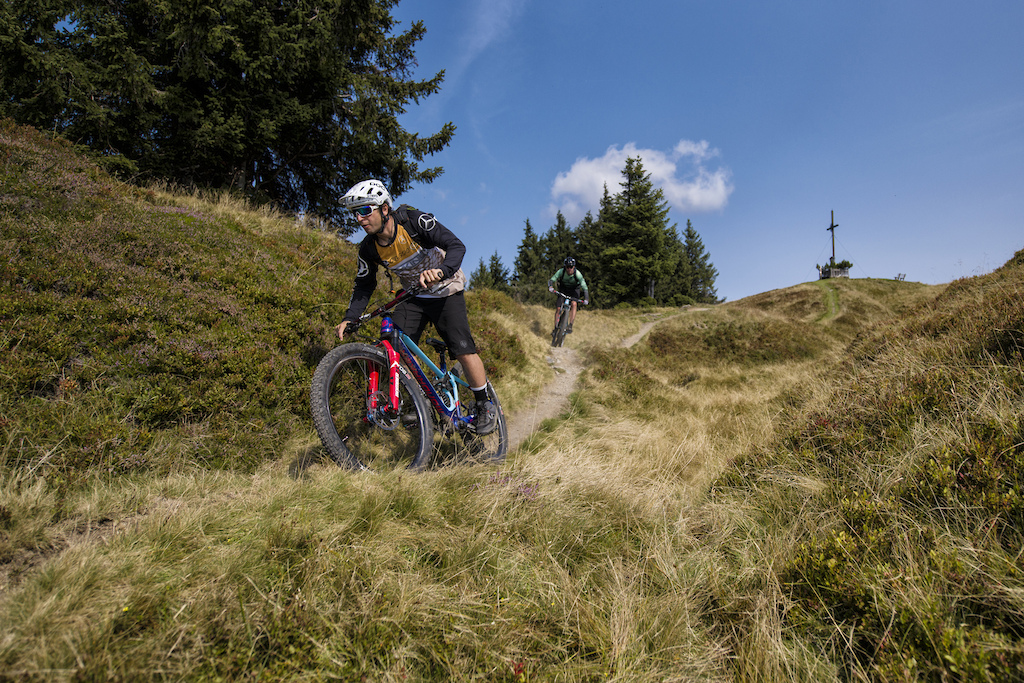 Cards to stamp
Stoneman participants are free to split the whole distance into as many parts according to their likings, skills, weather conditions. The only limitations given is the capacity of the mountain lodges which we had to book ahead to provide us with the overnight accommodation. Anyone registered gets his card and is obliged to collect stamps at the checkpoints to prove everyone completed to route without cheating or taking advantage of any shortcuts. 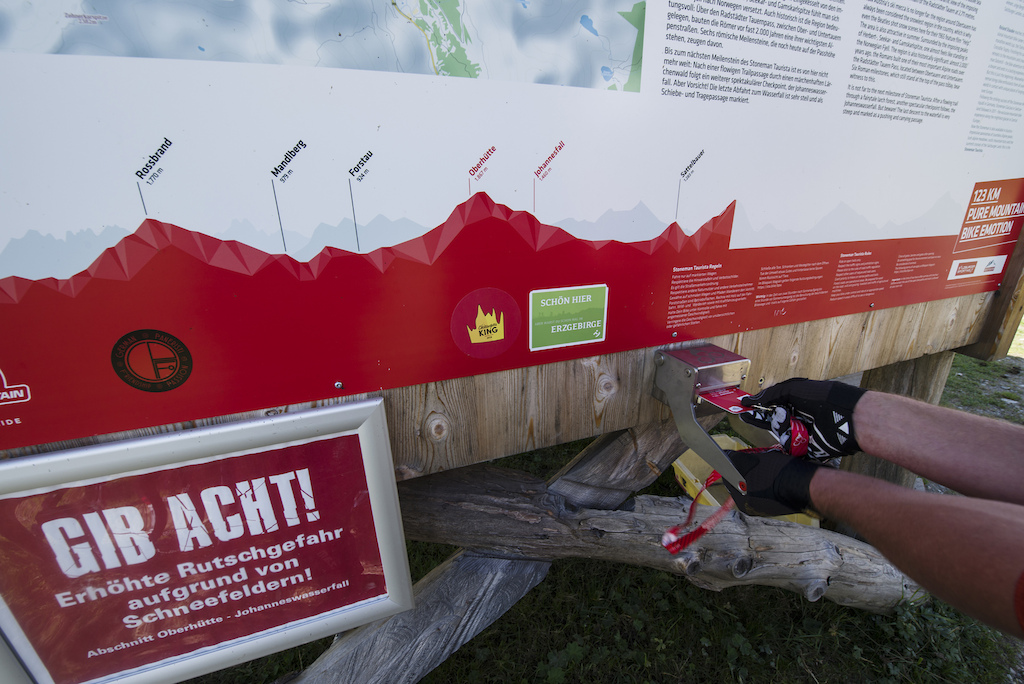 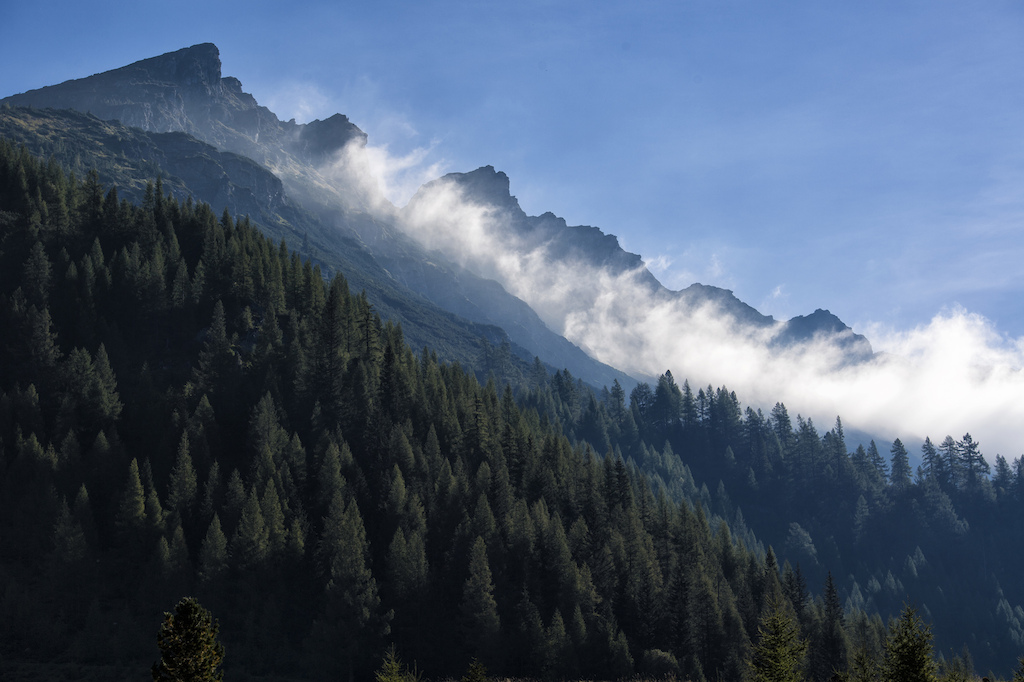 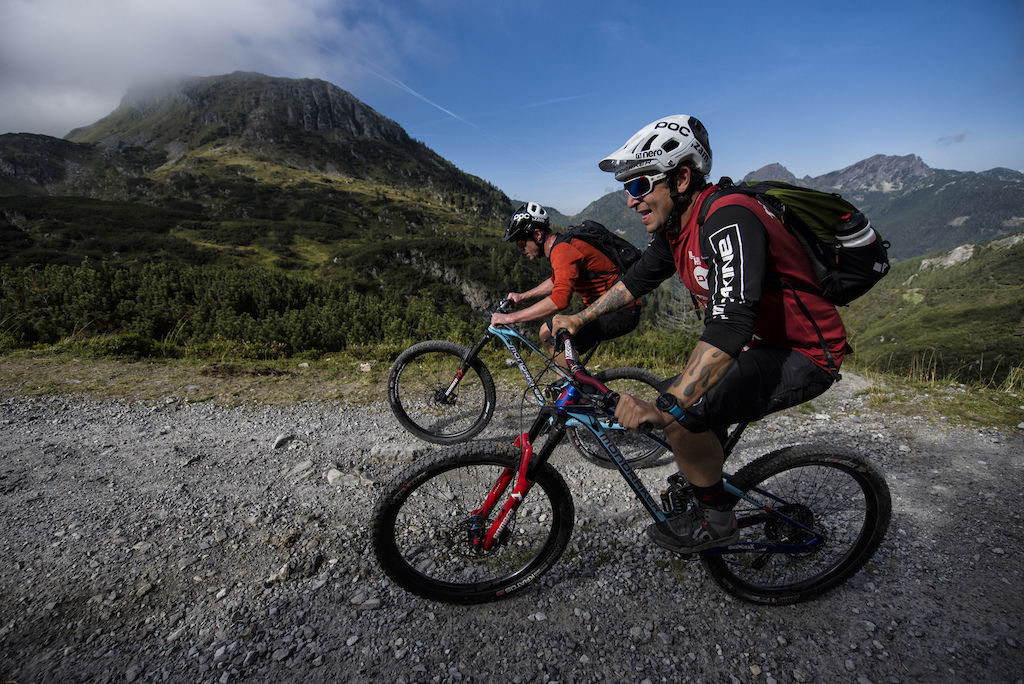 “Well, we can do it in two days, can't we?” Pavel asked using a black humour own by most of the doctors I have ever met. I knew that the tour is going to be tough, but it could be even worse as some people are making the entire route in only a single day. Luckily for me, Pavel was not that eager.
The start was climbing torture. One remark I could not give a miss after several hours of sweating was that Stoneman Taurista is not a holiday destination you want to experience with a girlfriend unless you date a national XC cup champ. Every other girl would throw the bike on your head after a few kilometres of twelve per cent climb or pushing it up to the Oberhutte Mountain lodge. I am not a fan of climbing either, but I did not want moan, since everyone has to go through this part. 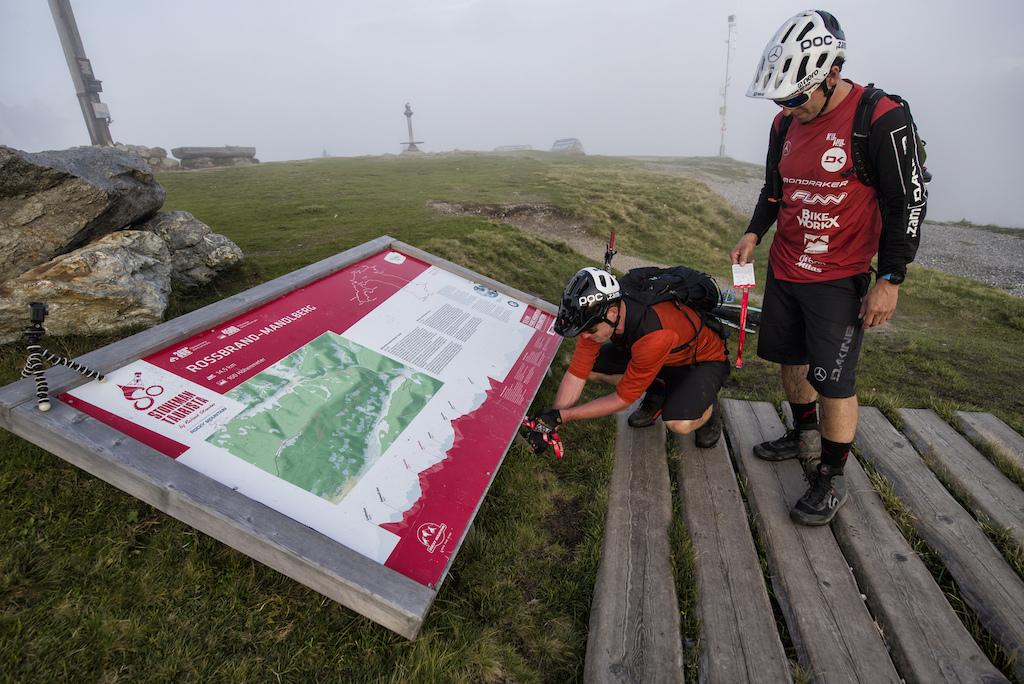 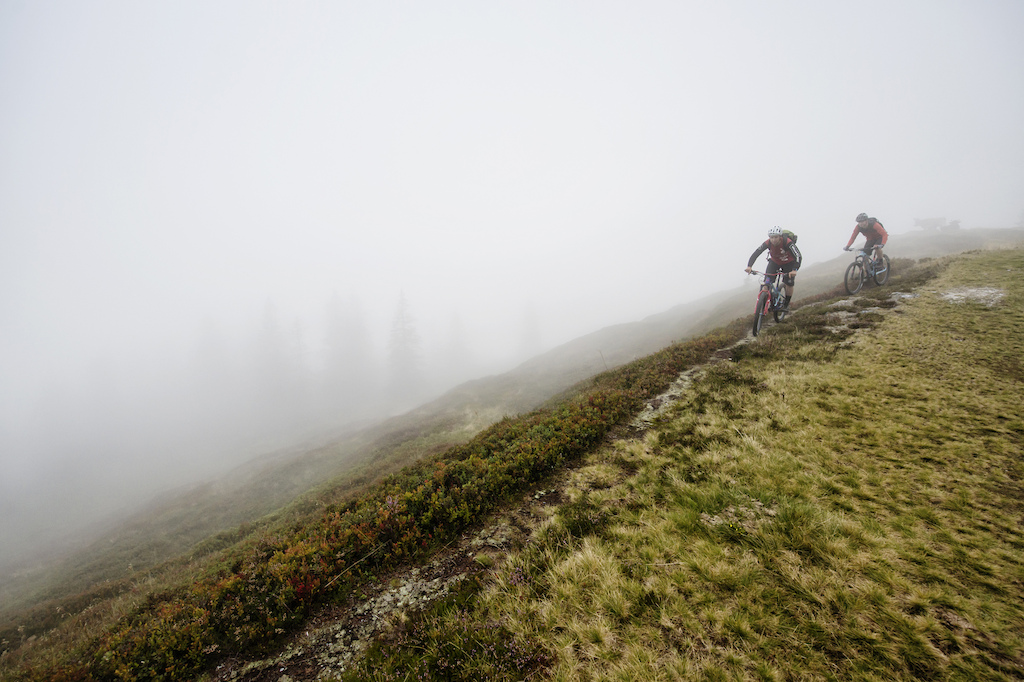 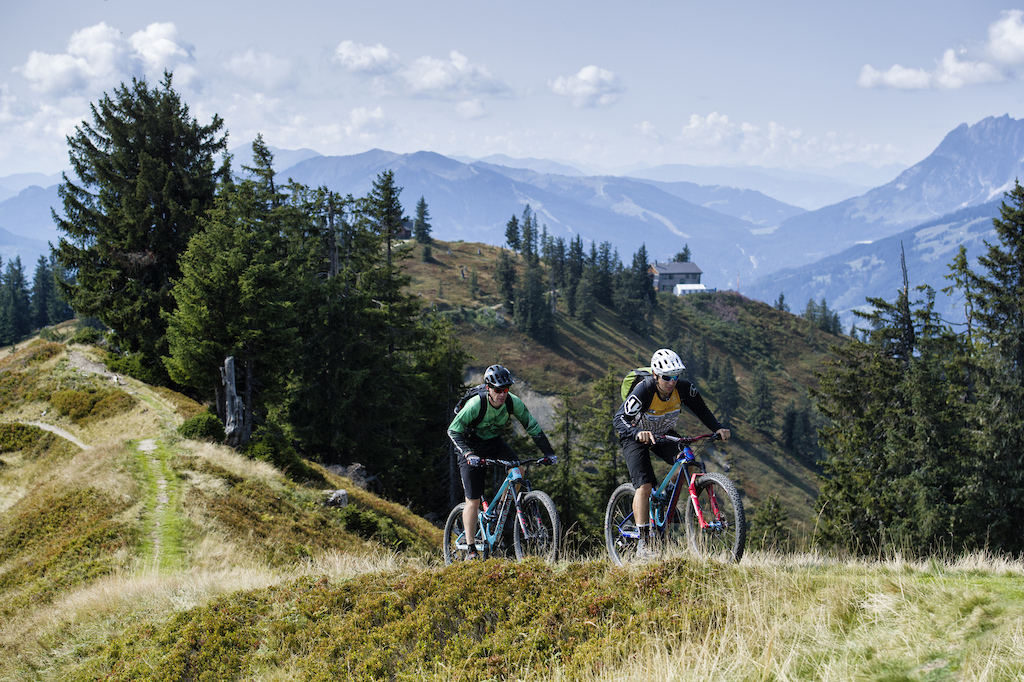 After gaining on altitude, however, I had to admit the breathtaking views over the Alpine landscape surpassed all of my expectations. You may never experience seeing something as beautiful as this from the windows of the office. While watching rain clouds breaking on the peaks of the Hohe Tauern Mountains, I almost forgot about the pain stabbing in my thighs and drops of sweat burning in my eyes. I also accepted we had to dodge free-grazing cows and horses, and even forgave them to poop all over the ground that was now filling tread patterns in my tires with the unmistakable aroma of the Alpine countryside. 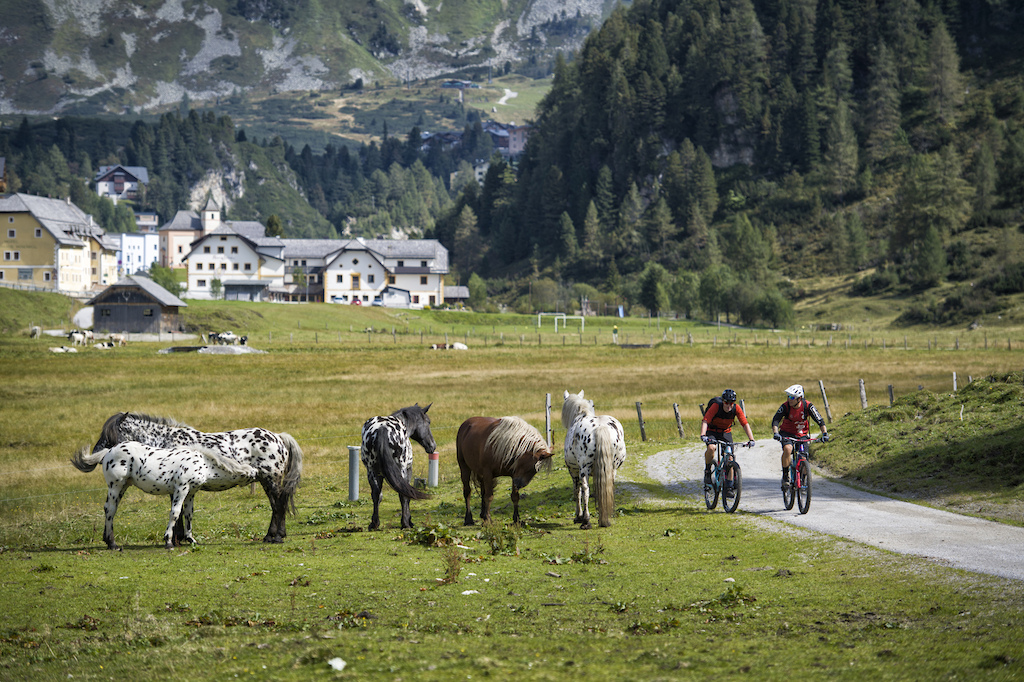 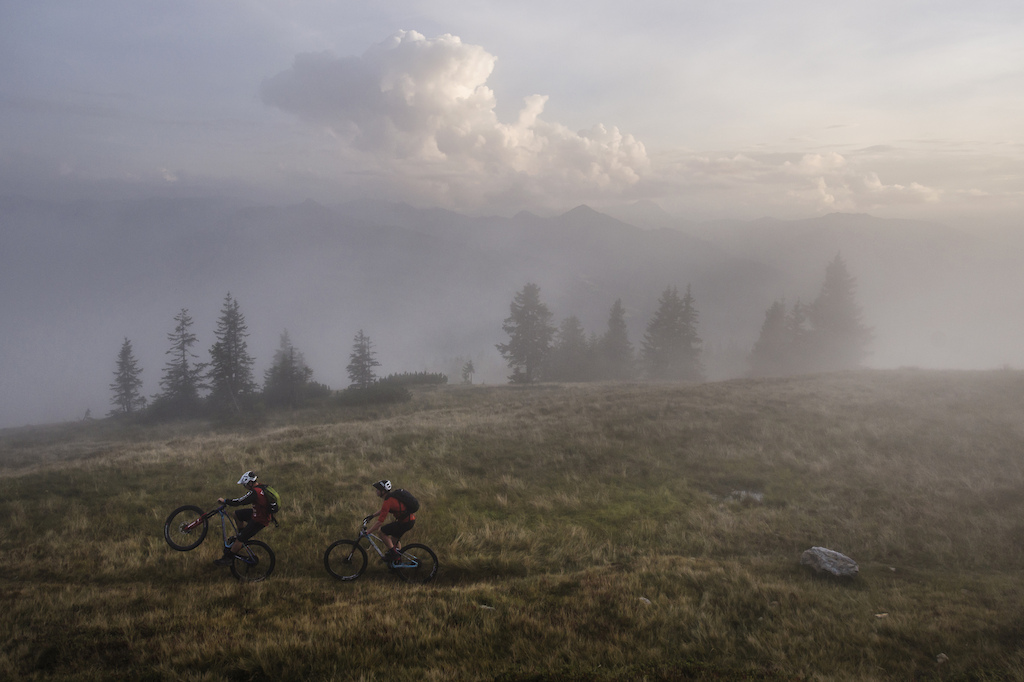 The warmth of Austrian hospitality
The next destination was an old wooden cottage that slowly grew in our sights as we got closer and closet. With no signal stripes on the mobile phone display, and lady pouring us a plate of a hot soup right from the pot on the stove, we felt as if heaven opened its gates and warmly embraced us. After we finished our delicious food, the landlady played a couple of song on the accordion and offered us toast with a glass of homemade pine-spirit. One would spend the whole day on that place, yet we could not afford to stay idle and enjoy the local hospitality for any longer. 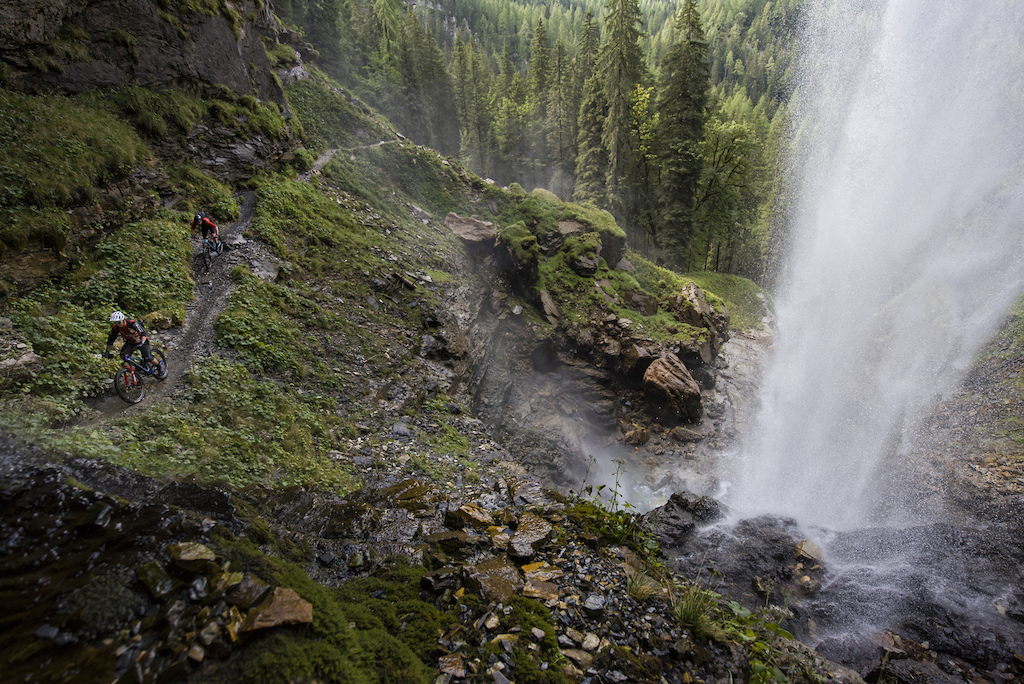 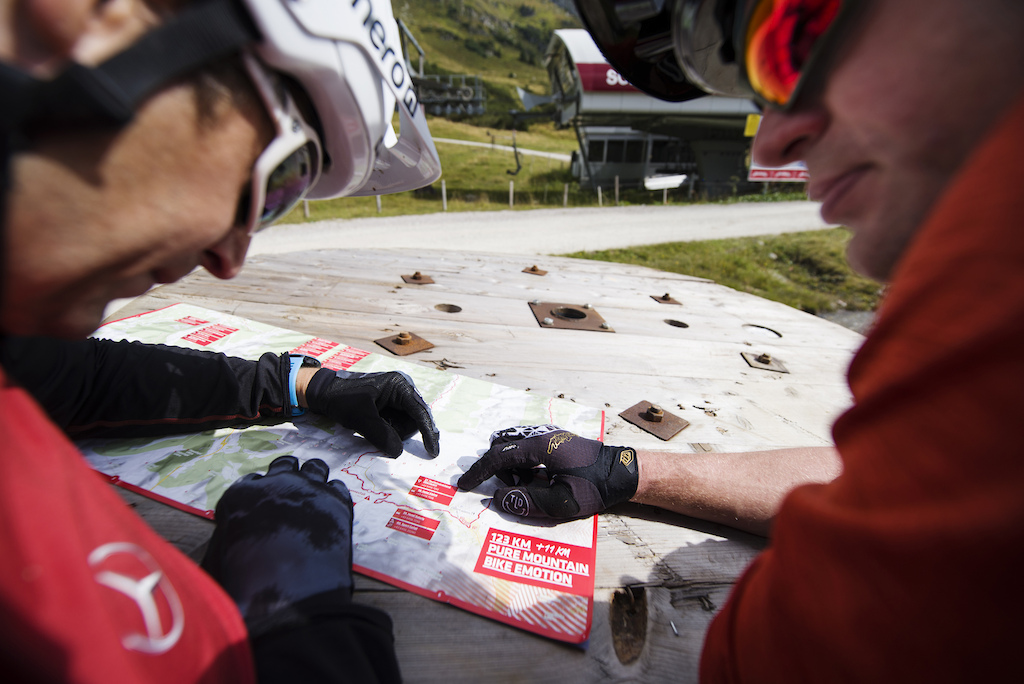 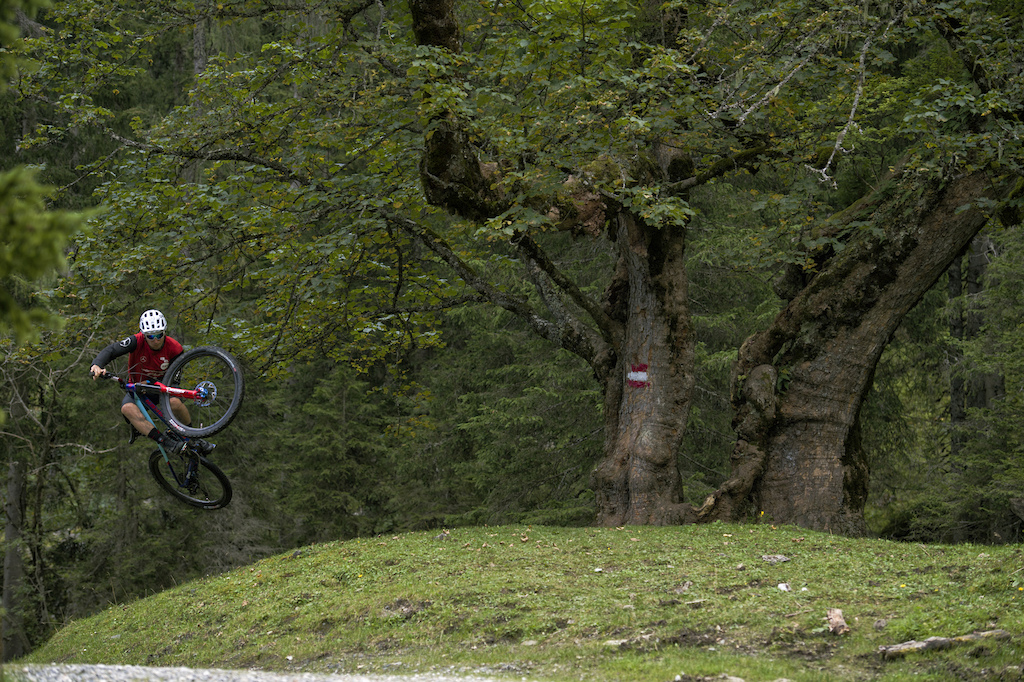 Since we decided to squeeze the itinerary in mere two days, there was no more time to waste. Our next goal was to climb some more hills and get our cards stamped at each checkpoint alongside the route. From some reason, most of the checkpoints find themselves on the highest peaks and ridges, so it cost us lots of energy to reach them one after another. With the number of stamps in our cards growing, we learned that the end is nigh, yet the biggest challenge was still about to come. 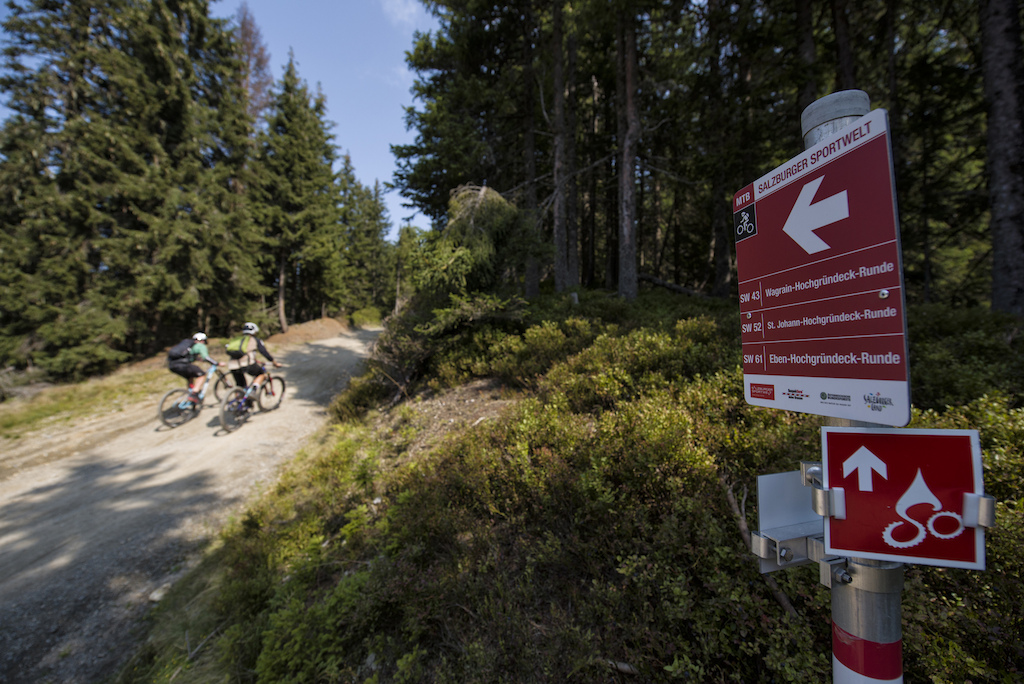 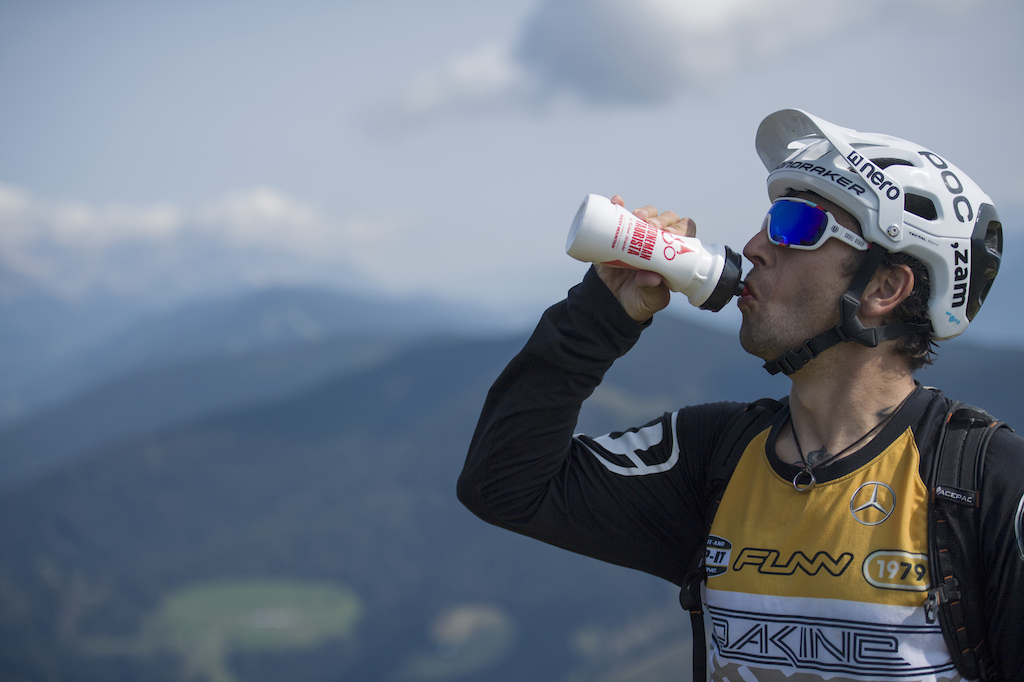 I will never forget the endless ascent to the Hochgrundeck cross (1827 m), where my lungs ran out of the oxygen once for all. One last click, though, and my the record card was completed. After emptying a glass of chilled shandy beer, we finally turned back to the valley. After such a climb, returning down on a wide gravel road was a little disappointing, yet any technical downhill would cost us too much of precious time we did not have much to lose as the autumn day was considerably shortening. 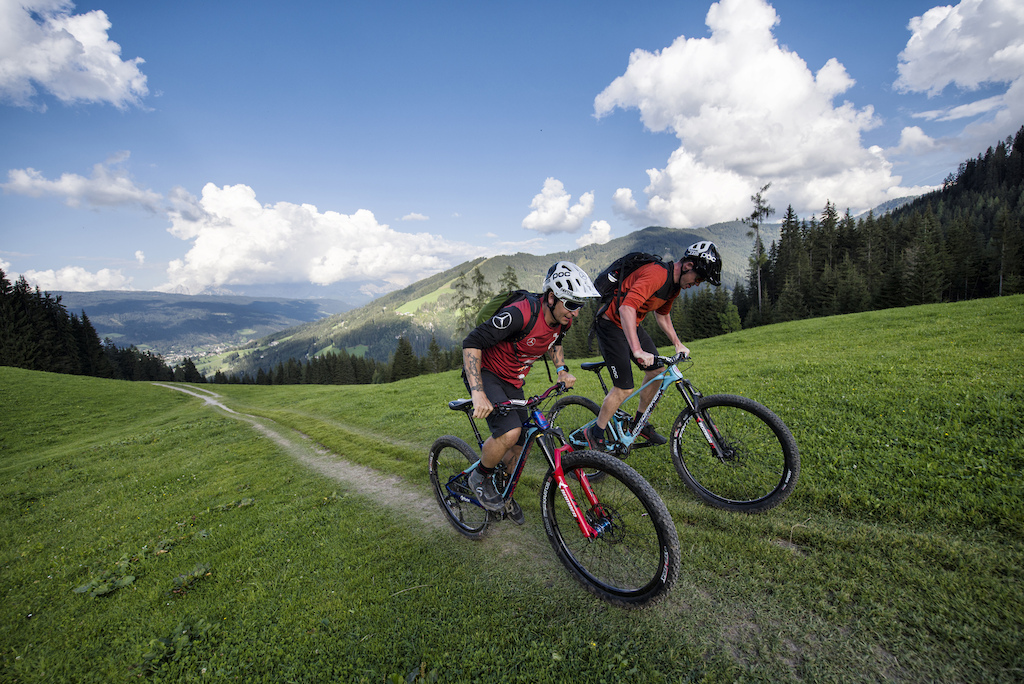 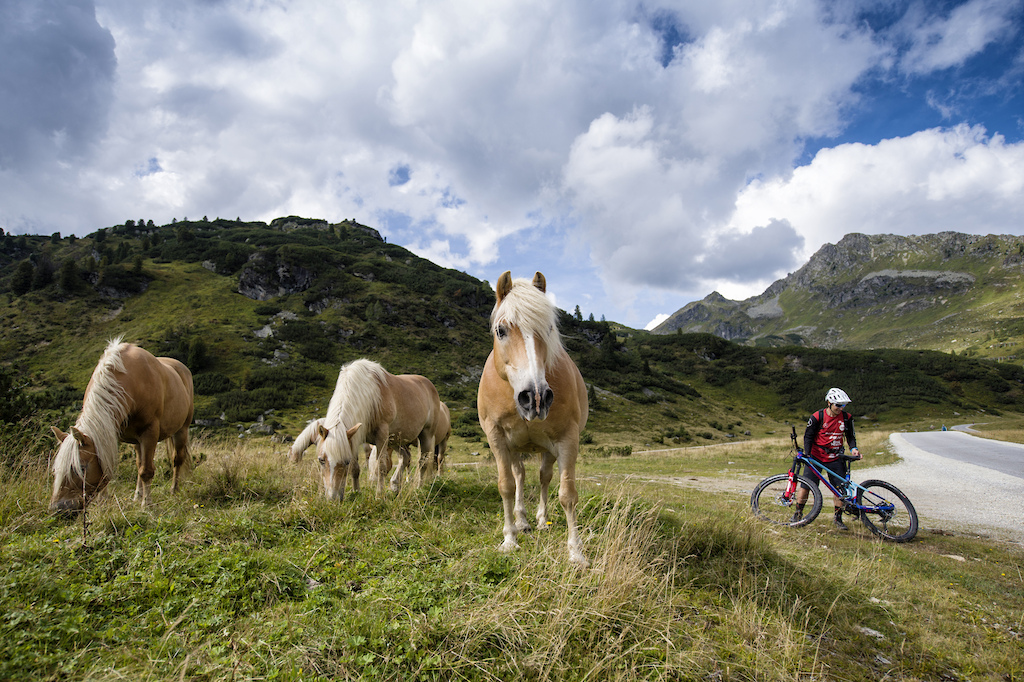 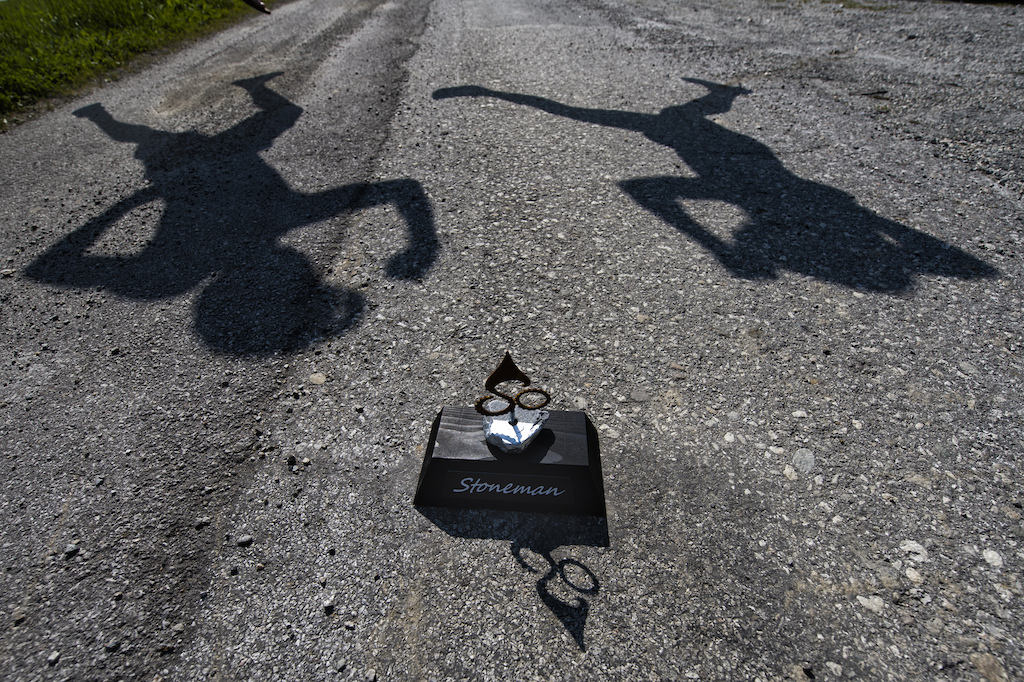 Hungry but happy, we made it to the very end, and we got a beautiful trophy as a reward for our performance. Given that there are more Stoneman original routes around Europe, I am a little worried which one of them Pavel is going to choose the next year. 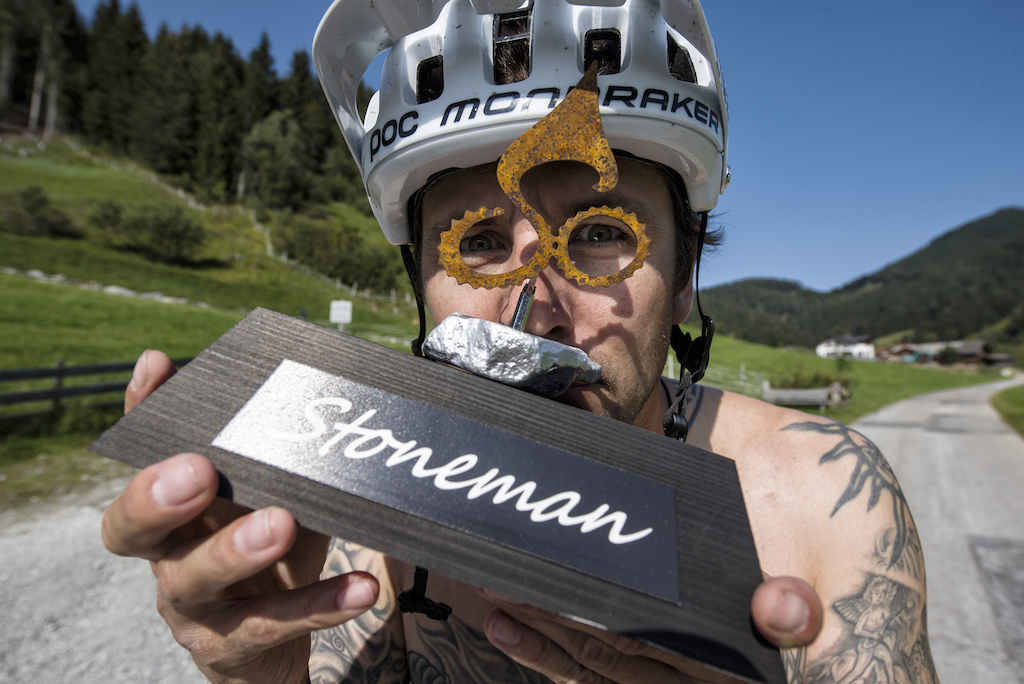 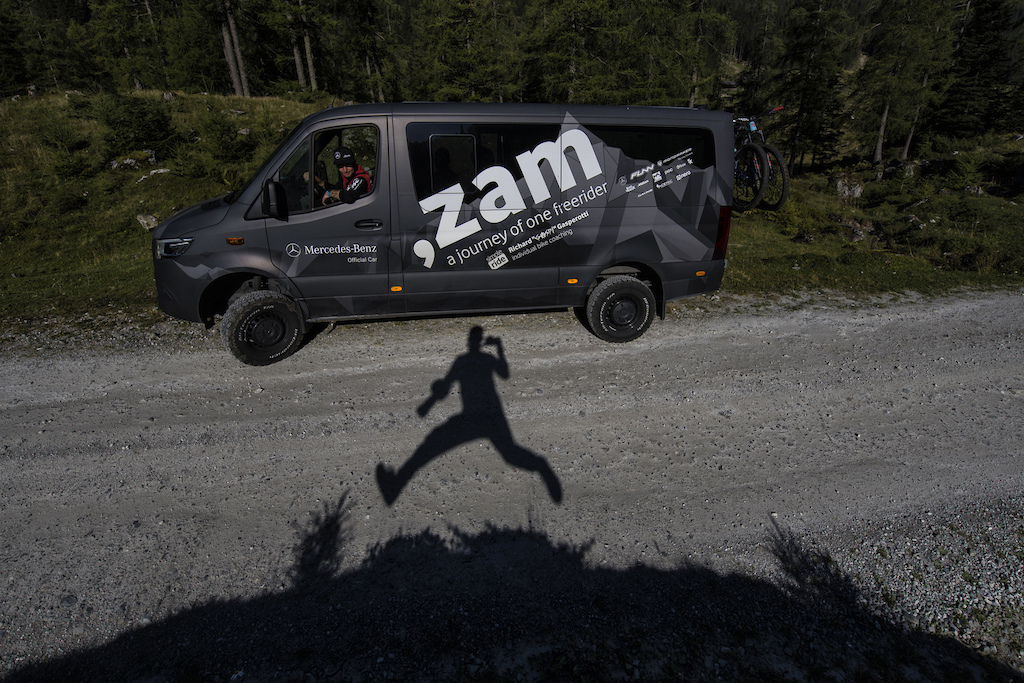 threetrickpony (Nov 9, 2020 at 2:38)
I would have enjoyed the read if you hadn't seen the necessity to dedicate almost an entire paragraph to describe your weird sexist conception that women will give up on this long uphill unless they are some type of professional racer.

Riggbeck (Nov 10, 2020 at 6:07)
Sounds like most girls don't want to ride with this sexist dinosaur. I know plenty that would cruise the full route in a day.

Are they sperm on his arm or are they tadpoles?

zokinjo (Nov 11, 2020 at 9:11)
You are wrong buddy...
I talked to the landlady of that very old wooden cottage and she remembers him as great and handsome gentlemen doing his man's job very, very good. So, inform yourself before you start with those "me too" charges...

threetrickpony (Nov 12, 2020 at 1:31)
@zokinjo: I assume I am speaking for most people that upvoted my comment above that this is not a personal or nice person / not nice person discussion. We'd just very much prefer the author had used a metaphor that's not sexist, no matter what his reasons were for doing so. There are many ways to express in an elegant or funny way that it's a damn hard climb that don't insult anyone.

ski-bike-repeat (Nov 9, 2020 at 2:30)
goes off to google the Stoneman routes across the Alps. I can feel the beginnings of next years challenge germinating. Thx guys

Madfella (Nov 8, 2020 at 17:02)
I was lucky enough to get to Austria last year, indeed the hospitality is excellent

thedirtyburritto (Nov 13, 2020 at 6:27)
This dude is such a cringe fest. misogonistic commentary complete with stereotype reinforcing flame tats....Pinkbike please do better.