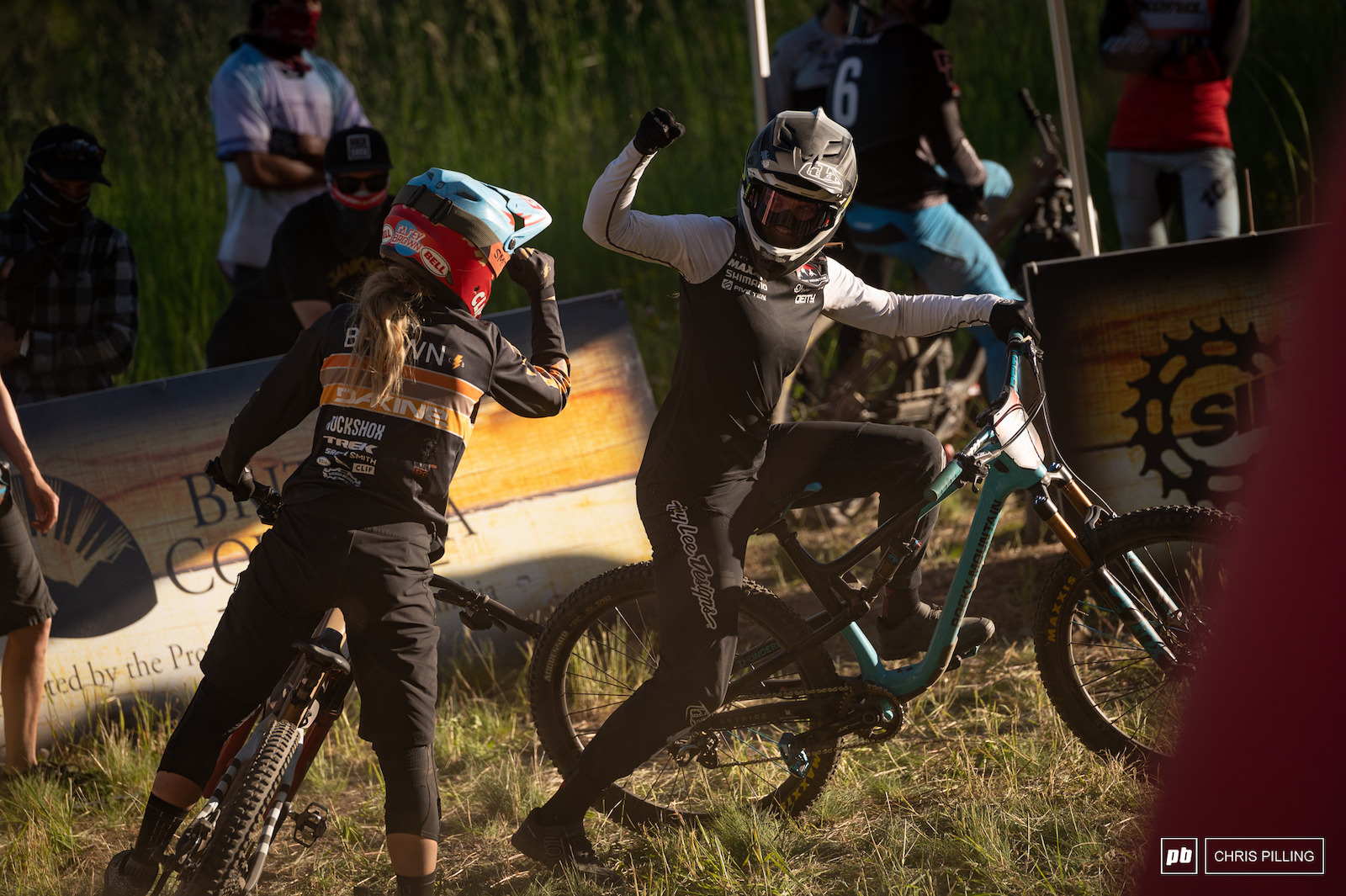 Social distanced fist bumps.
The second event of twelve in three weeks of Crankworx Summer Series racing action kicked off in SilverStar today. Here's who stood on the podium after some exciting racing. . 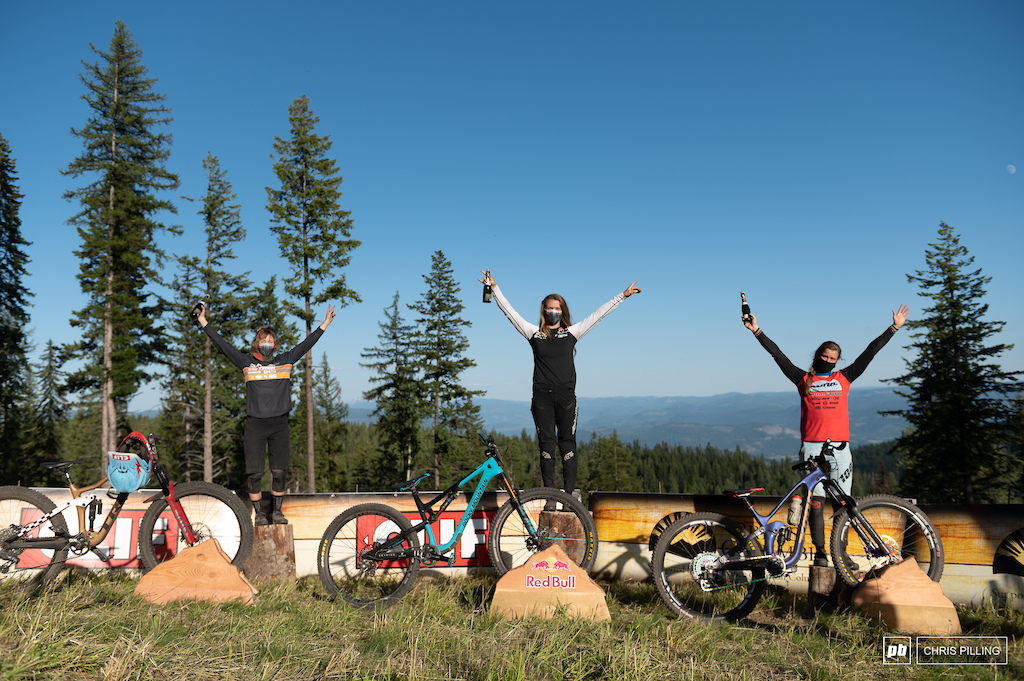 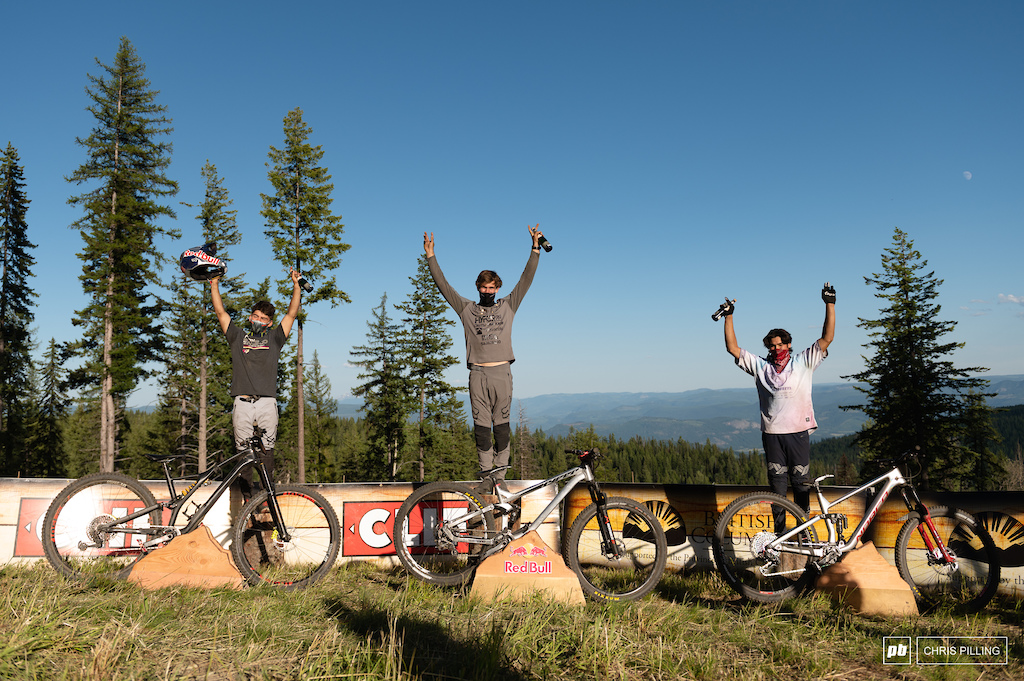 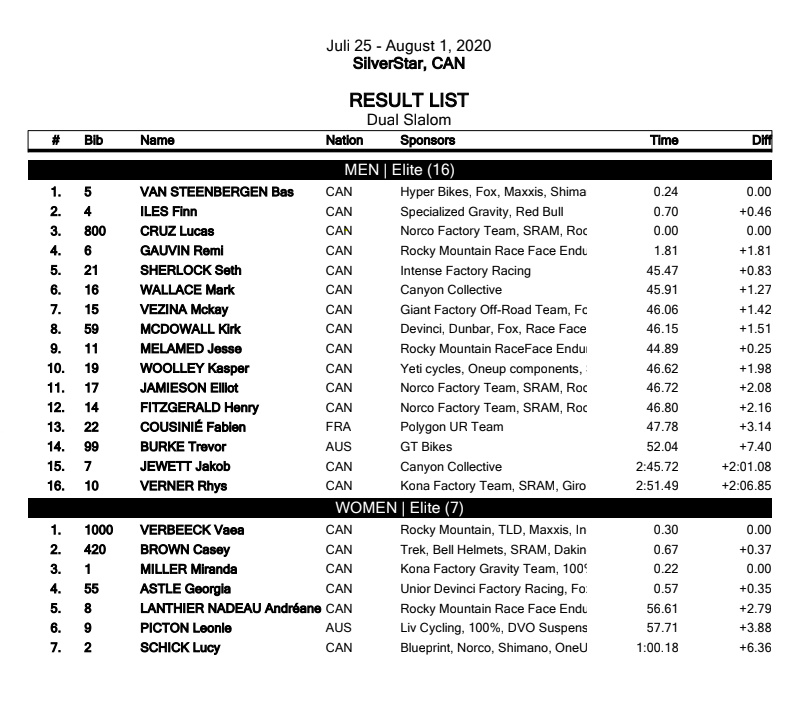 Check out the schedule in the Pinkbike Primer and stay glued to our Instagram for live updates. We'll also have more videos and photo epics coming to the homepage soon.

13:52pm: Jesse Melamed drops a chain against Luca Cruz and finishes second in the heat.

13:54pm: Mark Wallace crosses the line ahead of Henry Fitzgerald.

14:04pm: First-place qualifier Bas Van Steenbergen goes into the round of 8 as he wins against Rhys Verner.

14:07pm: Kirk McDowall moves into the round of 8 as Kasper Wooley has a spectacular save.

14:09pm: Remi Gauvin coming from behind against Fabien Cousinie and knocks him out of the round of 8.

14:11pm: Nice save from Trevor Burke, Seth Sherlock goes into the round of 8.

14:15pm: Jesse Melamed wins the second heat against Luca Cruz but can't make up the +1.50 differential so it's Cruz that moves onto the round of 8.

14:17pm: Mark Wallace holds on with his time on run 1 and moves into the round of 8 while Fitzgerald is out of the race.

14:24pm: An eventful run with a burped tire and chest to stem for McKay Vezina.

14:34pm: Second place qualifier Casey Brown goes down ahead of Lucy Schick with Schick the max differential of +1.5 behind Brown.

14:36pm: Bas Van Steenbergen finishes ahead of Kirk McDowall in the first heat in the round of 8 for the men.

14:58pm: Miranda Miller moves into the round of 4 ahead of Leonie Picton.

15:26pm: It's going to be Verbeeck vs. Brown in the big final for the women and Miller vs. Astle for the Bronze medal round.

15:29pm: It's going to be Bas Van Steenbergen vs Finn Iles in the gold medal match up.

15:34pm: Time for the Bronze Medal match up. Astle vs Miller. Going into round two it's Miller +0.22 behind Astle.

15:35pm: Remi Gauvin vs Lucas Cruz for the men's Bronze Medal match. Gauvin goes off course so it's Cruz that wins this first heat.

15:43pm: TIGHT racing, Vaea Verbeeck vs. Casey Brown - Brown goes into the lead by 0.3 seconds going into the second heat in the Gold Medal match.

15:48pm: Another bronze medal for Miller over Georgia Astle! Cruz the bronze over Gauvin in fourth for the men.

lastminutetech (Jul 30, 2020 at 21:00)
Maybe for the following locations have a bracket layout like March Madness