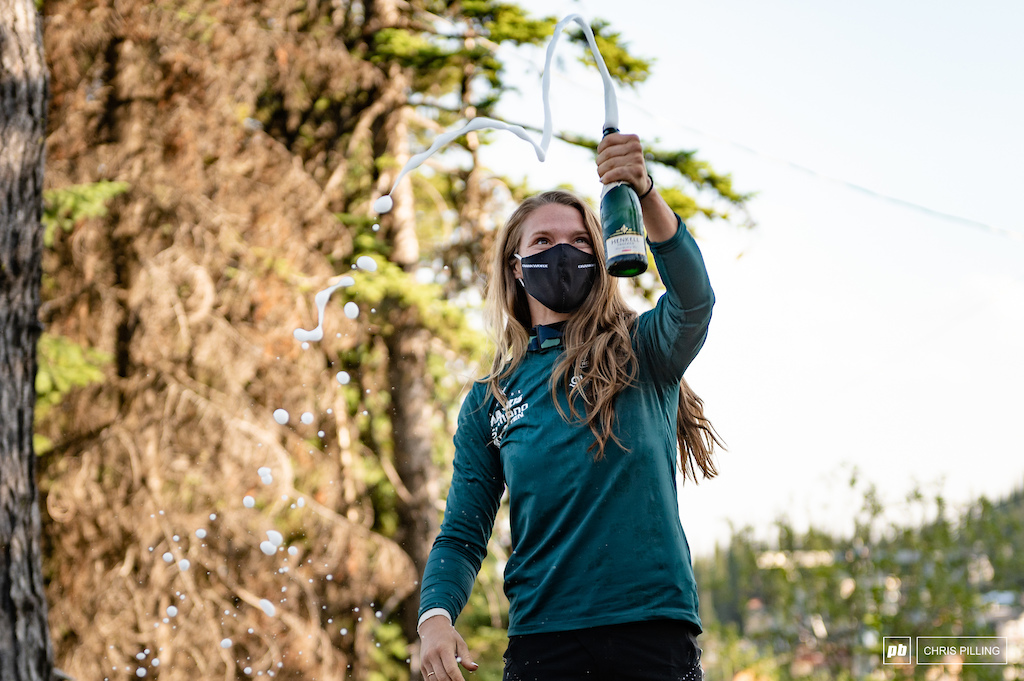 We're reaching the mid-way point here in three weeks of racing as the second Dual Slalom event of the Clif Crankworx Summer Series kicked off in Kicking Horse today. Here's who stood on the podium after some exciting racing.

The semi-finals saw crashes from both Finn Iles and Bas Van Steenbergen and so despite advantages coming into the second run, they met up in the Bronze Medal round while Lucas Cruz and Mark Wallace went up against one another in the Gold Medal round.

Kasper Wooley sat this one out after a crash practicing for the Psychosis DH, while we saw Ainhoa Ijurco back in the mix after sitting out the past couple events after a crash in Silver Star. 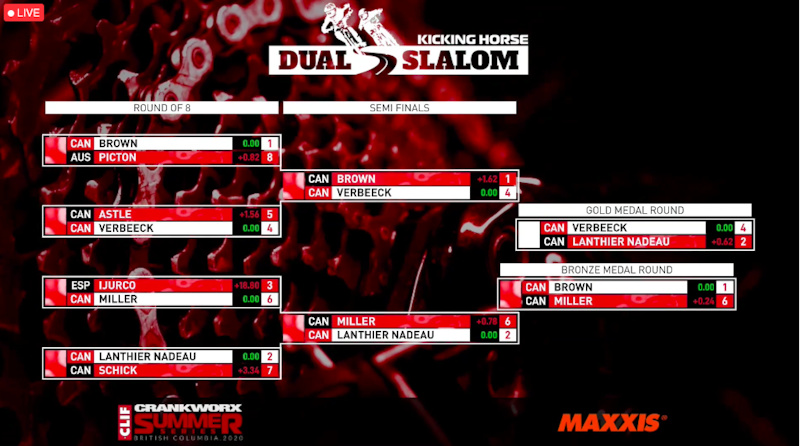 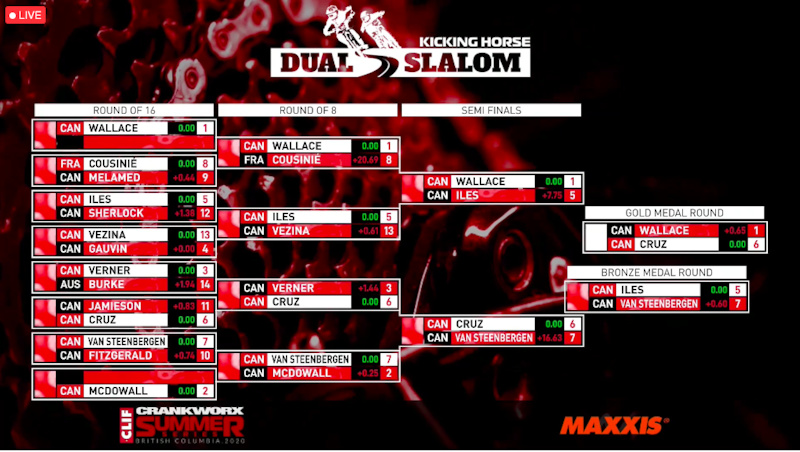 Jaib06 (Aug 6, 2020 at 16:56)
Gotta say was rooting for Iles, but good see to some new faces on the podium, well done all and cheers Clif and Crankworx for puttin on such a cracking event!

bikesandbeers (Aug 6, 2020 at 17:01)
Crashes are all part of racing, shit happens to everyone, its just that some are more vocal about it

EliasFritzen (Aug 6, 2020 at 20:09)
@brianpark: exactly, clearly the others were riding better since they didn't crash

Raikzz (Aug 7, 2020 at 1:04)
Wish they would show times also, even during live broadcoast they showed only time gained or losed on opponent

hardtailhowie (Aug 6, 2020 at 23:53)
he is only racing dh and dh air. you will have to talk to eddie masters about #rheederforenduro/slalom

tunnel-vision (Aug 7, 2020 at 9:06)
I'm an official Lucas Cuz sponsor. His mom was my real estate agent.
Below threshold threads are hidden

Downcountry Field Test will resume next week, and that other thing you're waiting for should drop the week after that...
Post a Comment