Join Pinkbike  Login
The results are in from the 2020 Marathon XC World Championships. Check out the full results below. 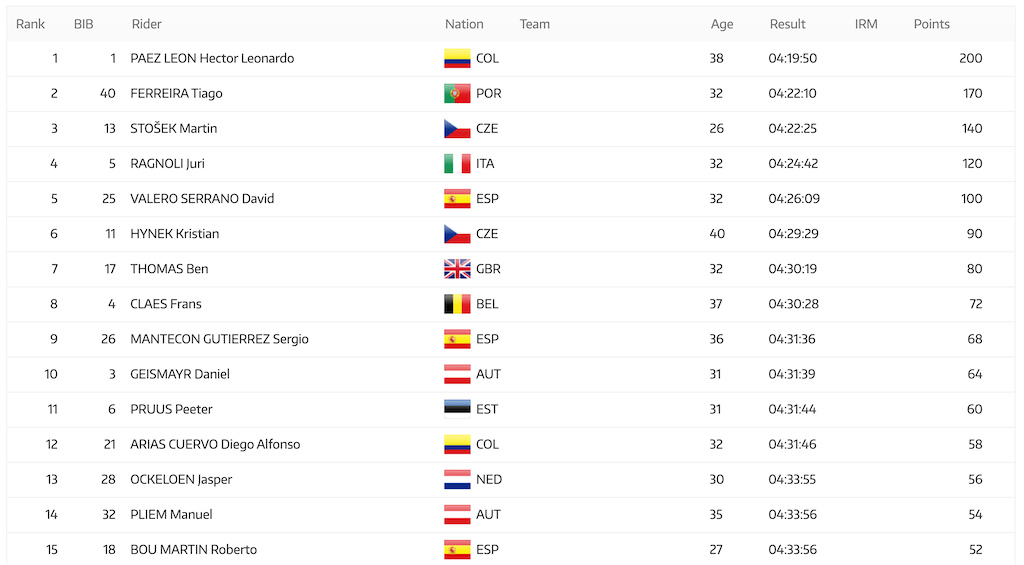 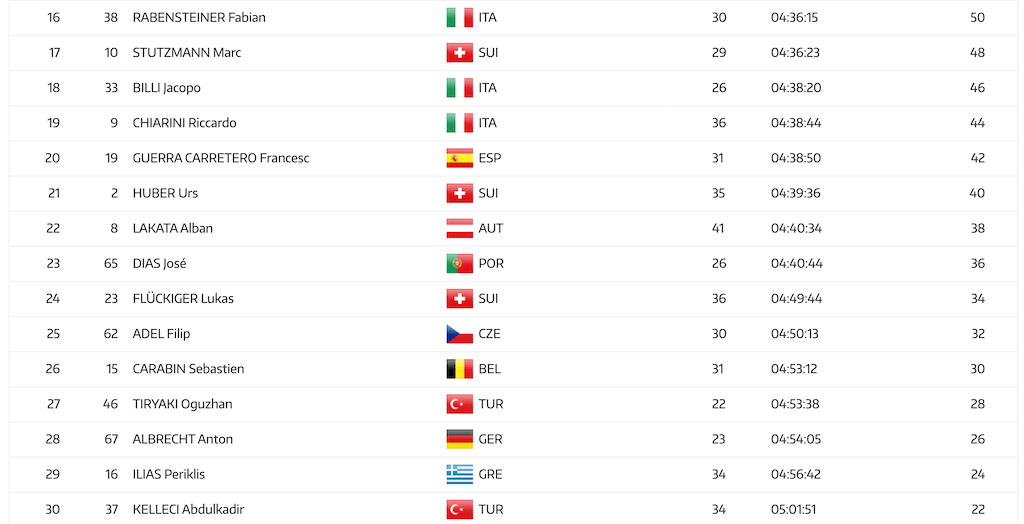 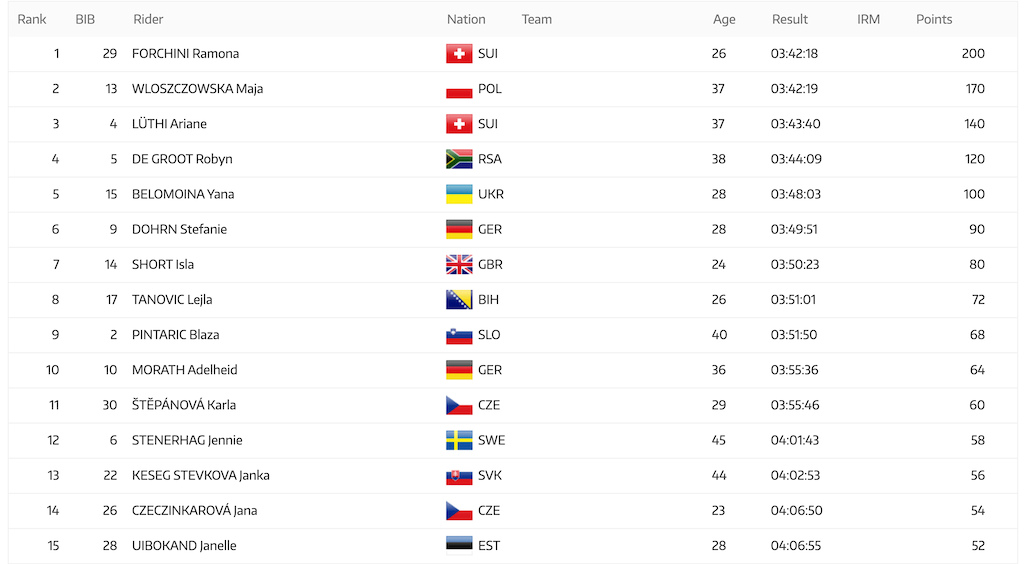 jayacheess (Oct 25, 2020 at 10:59)
I'm not super familiar with Marathon XC. I just watched parts of the 2020 live broadcast, and it looks like it's essentially a road race that takes place mostly on smooth double track dirt and gravel. Is that typical for these races?

Augustus-G (Oct 25, 2020 at 13:07)
XCM races vary of course but they all tend to have a lot of everything from tarmac to cobles to gravel to double track to single track. You're not going to find a whole bunch of super tech on these courses; but that's not what XCM is about. From the bit I've seen of the course in Turkey it was pretty mild in terms of both Tech and Elevation but it's no Road Race.

Also, that's usually because those are the easiest places to get the cameras. This one for the Ladies was almost 3 3/4 hours long and the XCM side of the house doesn't have the support the XCC/XCO side has from Mercedes/Red Bull etc.. You usually don't get much coverage of the "Outback" portions of these races. The UCI has a better schedule and support for the XCM Series next year so you may see some more of the bigger names in these races if 2021 doesn't end up the debacle 2020 has been. If the bigger names get involve I'd expect that the coverage will improve.

MrDrynan (Oct 25, 2020 at 13:55)
XCM is like a road race on dirt and single track. It is the ultimate cycling discipline, the spiritual heart of mountain biking and very very difficult to get into a TV screen. (That's kinda why XCO was invented)

jayacheess (Oct 25, 2020 at 14:43)
@MrDrynan: What makes it the spiritual heart of mountain biking over other disciplines?

powturn (Oct 25, 2020 at 21:35)
@MrDrynan: Agree with your sentiment, but would put it this way: as a competitive discipline, XCM is the purest expression of the spirit of epic backcountry adventure, self-sufficiency, & endurance in the sport of cycling. As a racer who came into XCM in the early 90s as the first major European races were established, the revelation of marathon was how it freed the rider from the unhappy constraints of both road & XC racing. Suddenly, we weren't racing 9 laps of a 15-minute dirt loop in some park somewhere, but instead were traversing the Alps over 100km routes with over 3000m of vert, racing "blind" over track that was new to the racer km after km. It also threw most of the team tactics of road events out the window. Races always started w/ a major doubletrack climb that shattered the field and created an immediate selection. The strongest riders had to come to the front & begin duking it out right from the gun. It also required a different technical skillset. Could you ride flat out for 4-6hrs and still maintain the focus to navigate sections of technical singletrack that were at the limits of what a hardtail of the period could survive? The explosion of marathon in the 90s was the precursor to the enduro boom of the last decade: riders came out of the woodwork to line up and test themselves: for most, proving you could survive the vert & complete the course was already a challenge and reward.

dirty-sundays (Oct 25, 2020 at 21:57)
This track was ridiculous - it happens now and then. The broadcast is horrible as well. Some of the XCM world champs were super technical with bike park descends - obviously going around big jumps and not doing a hardcore DH track. It really can be a mix of everything. I did the 2016 worlds in Laissac, FRA and it was a really fun course, more like a very, very long XCO race.

BenTheSwabian (Oct 26, 2020 at 13:07)
@Veloscente: Agreed. I personally started with Marathon-esque races and most events I enter for fun still carry that same feeling of epic backcountry adventure, as you put it. It's just you and your bike out there and everything else stops being important. I've had the craziest battles with other racers of similar fitness, overtaking each other time and time again whenever the opportunity presented itself over endless kilometers of single- or doubletrack. I would agree that compared to how sanitized XCO was about ten years ago, Marathon was always the more pure and raw form of racing. But since then XCO has changed a lot. The groomed and frankly speaking relatively boring experience that XCO was back in the day, has become increasingly raw and visceral aswell, with tracks becoming more and more gnarly each year. Personally, I think XCO is currently one of the most competitive and most exciting scenes of bicycle racing and it will probably only get even better from here on.

snarlymarley (Oct 25, 2020 at 18:43)
This year's course made it look like the folks from the Belgian waffle ride could have dominated with their gravel bikes

Augustus-G (Oct 25, 2020 at 19:39)
After watching the lion's share of the video I'd have to agree. Looks a whole lot like a Gravel Race course.
Much more Improved surface riding than I can ever remember seeing in a higher level XCM race.
A good day for Hardtails, Fixed Seat Posts & 2.1" tires.

On the positive side, the coverage was better than in the past with the E-Bikes in the field. Having a multiple Loop Course helps with the coverage too. The Ladies did 2 loops and the Men did 3.