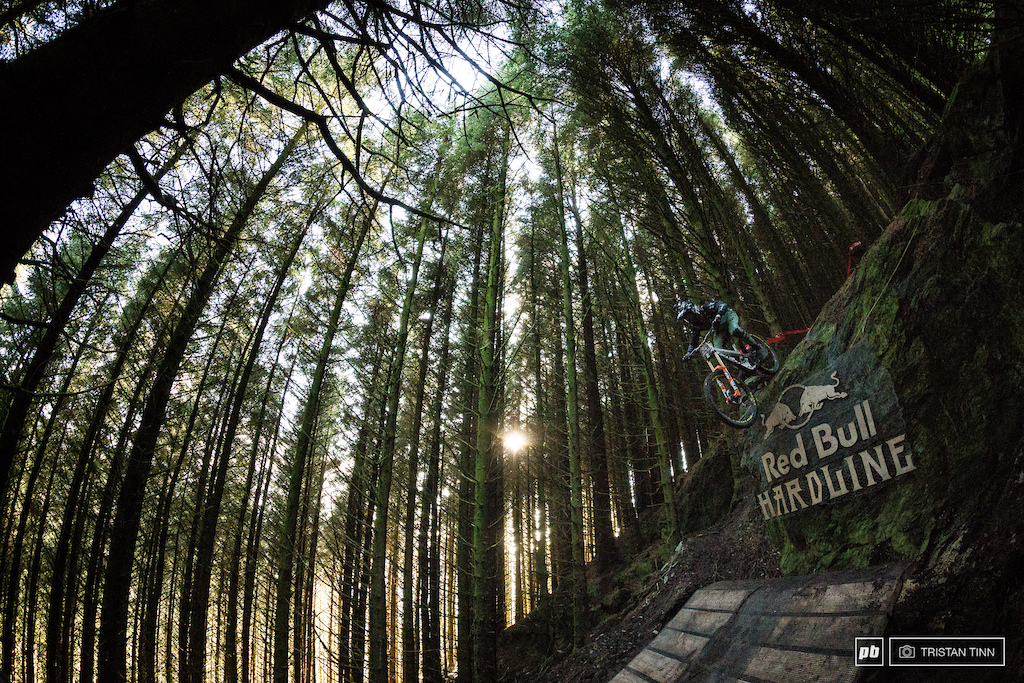 The results are in from qualifying at Red Bull Hardline, see who has made the cut for finals tomorrow. 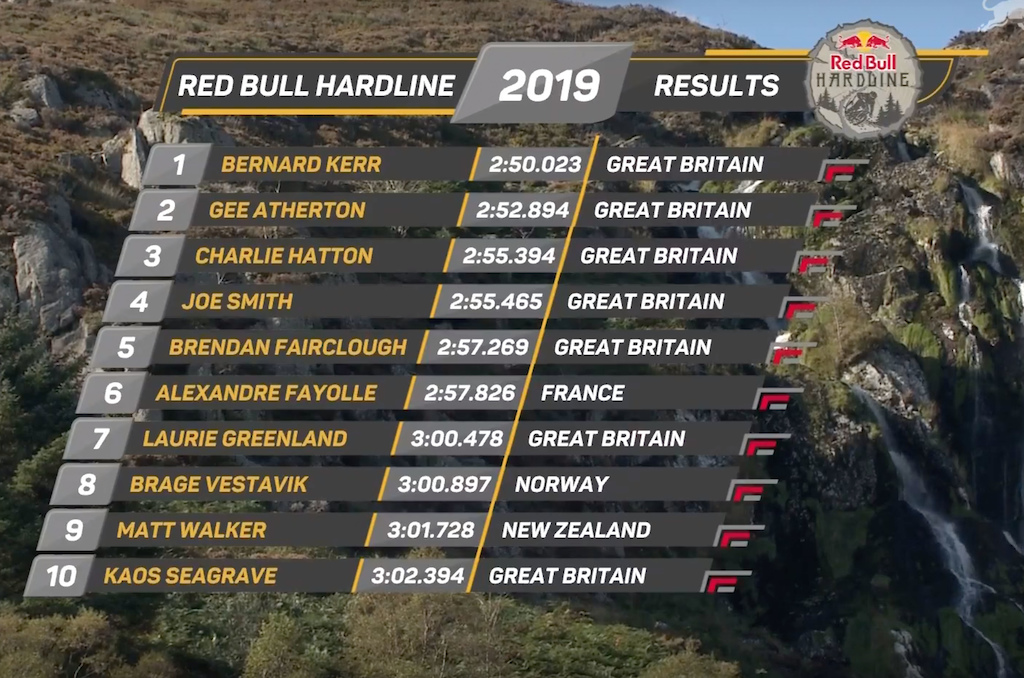 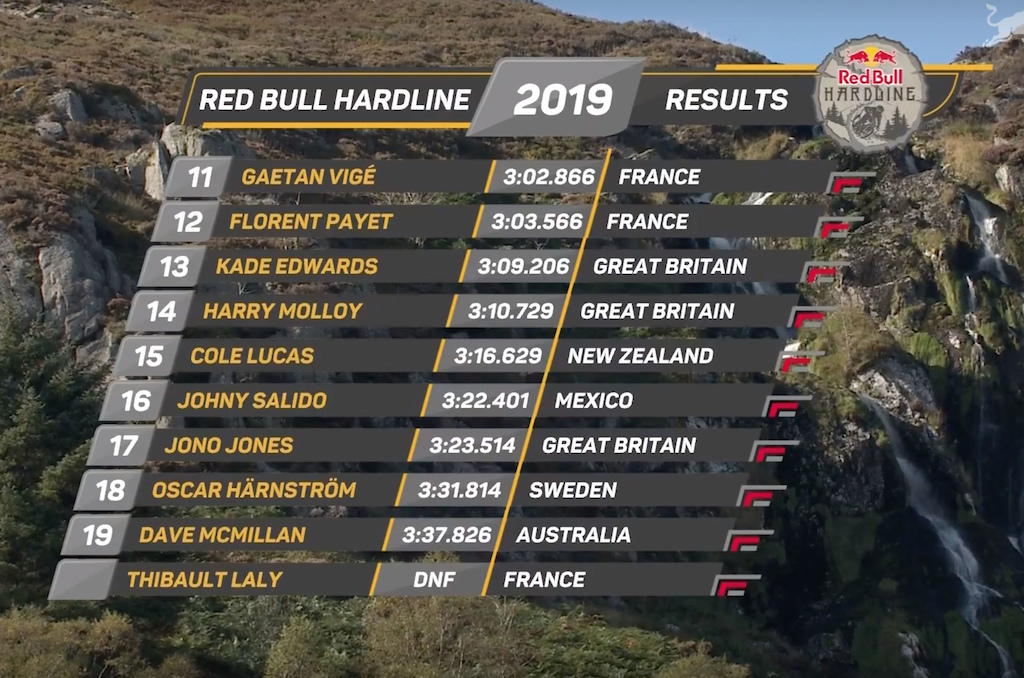 RudeDH (Sep 14, 2019 at 22:50)
Called it the moment I saw he was bringing two hardtails. It was great seeing a vlog from Hardline but he came off a bit silly and lame and it showed... Dan ripped him up good for bringing XC-bikes though and Gee more of less scolded him..

preach (Sep 14, 2019 at 10:19)
@Franzzz: it’s football season here. We are all parked on our couches with 25lbs of chicken wings, a keg of beer and an unfurled American flag flying in our living room with twin bald eagles resting on our shoulders.... ;-)

panzer103 (Sep 14, 2019 at 12:05)
@flipoffthemonkeys: There are places. They're not the greatest but we have little patches of land we make the best of. Don't get me wrong, Nebraska hates bicycles in like 2016 there was a study of least bicycle friendly states and the Husker Nation came in 47th. Its ridiculous it really is. The Trek Supercaliber would be a perfect bike for Eastern Nebraska trails.

subwaypanda (Sep 14, 2019 at 10:32)
I'm not sure he was very serious about doing it. It was good publicity and a lot of fun seeing him hit some of the features in practice. Gives Marin some exposure and the other riders looked happy to have him there.

Nicotrias (Sep 14, 2019 at 11:21) (Below Threshold)
if in the starting list there is no women then no women are doing this EINSTEIN IS LOOKING DOWN PROUD

b4ldur (Sep 14, 2019 at 11:29)
Rachel once said she wouldn't even ride down this course, never mind racing it. They talked about women doing hardline during the broadcast and it doesn't seem there are many interested in the event. I'd imagine some WC Racers, including men, wouldn't race there because it seems pretty high risk, kinda like rampage. Guess this kind of track isn't for everyone.

aerob (Sep 14, 2019 at 12:38)
remember last year when minaar wouldnt even ride the course? only a portion of the top men are willing to take the risk to run down this track. this would be a very risky event for even the top women, as there's few opportunities to prepare for a track this difficult and the risk is higher for women who are less strong on average, therefore more affected by crashes/casing jumps/etc. i think we will see it some day, but it will take a few more years to see women's participation progress in events that can help elevate the top women to this kind of level.

opignonlibre (Sep 15, 2019 at 0:17)
If you watch the world cup you are perfectly aware the women do not carry nearly as much speed as the men. Some of these hardline jumps have a minimum speed you have to take them otherwise you are pretty sure of casing the jump. There were already a few guys in qualy half casing the biggest one. I guess no current woman racer would try it.

Also many world cup racer do not take part to it for many reasons, schedule (they enjoy having a break after worlds and last world cup), risks, maybe even sponsorship.
Post a Comment