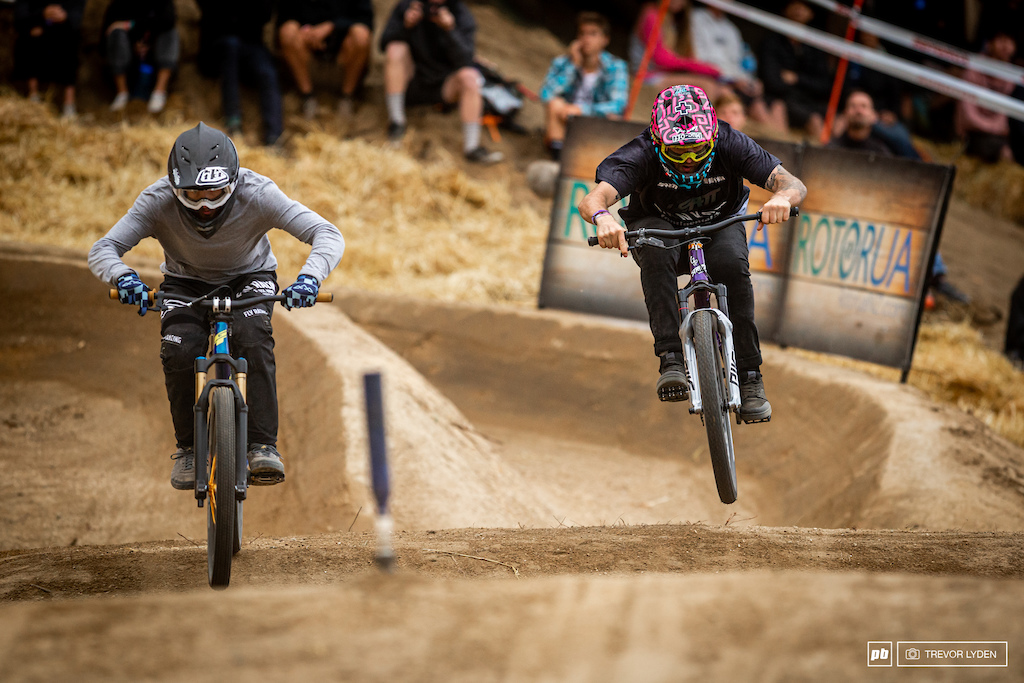 Speed & Style Rotorua 2020.
The CLIF Speed & Style Presented by Mons Royale at Crankworx Rotorua 2021 is in the books, and it was Harriet Burbidge-Smith and Billy Meaclem who took the women's and men's victories this time around in this season's final edition of the head-to-head trick throwdown.

Caroline Buchanan and Vaea Verbeeck were almost completely tied in the second semifinal run when Buchanan over-rotated a backflip, crashing brutally and dropping into fourth place, putting Verbeeck against Harriet Burbidge-Smith in the finals. Verbeeck crashed in the first final run and opted not to take a second lap, leaving Burbidge-Smith to ride to an anticlimactic victory.

On the men's side, Bas van Steenbergen put down all the fastest times of the day, but Billy Meaclem managed to beat him to the finals by sending massive tricks. Not unlike what we saw in the women's race, Tomas Lemoine crashed in his first run against Meaclem in the finals, making it almost impossible to make up enough time against Meaclem, who went on to take his second gold medal in Rotorua. Van Steenbergen took third, securing his title of King of Crankworx.

Phevia99 (Nov 4, 2021 at 17:36)
Well done for Billy Meaclem, with all the covid stuff he couldn't compete all year at all... Hope next year he goes to Europe and Canada!! Very talented rider imo