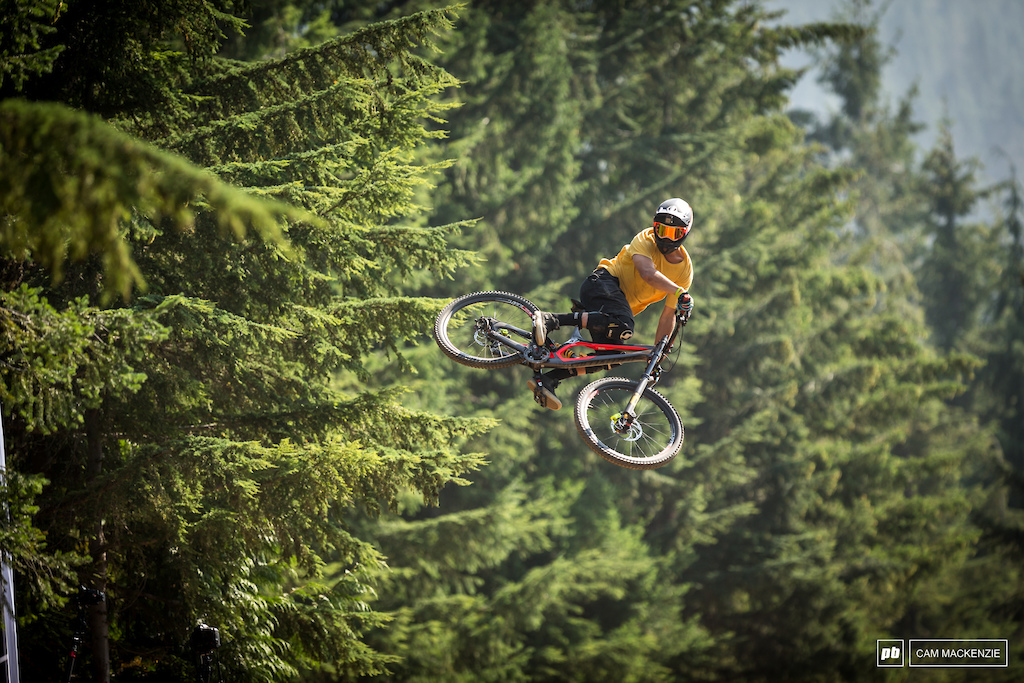 Style and skill reign supreme at the Official Whip-Off World Championships presented by SPANK in Whistler, a jam-style event that reigning champion Casey Brown has called “Christmas” for the bike-minded. The premise? Simple. Hit the Whistler Bike Park’s most infamous jump line, go big, and throw your bike as sideways as possible, then bring it back underneath for a smooth landing. The invitational event brings out one of the biggest crowds of the year, drawn to Crabapple Hits by the promise of big style and great vibes as a mix of the best riders in the world battle it out for the coveted championship belt, and the title of sovereign of style.

anchoricex (Aug 15, 2019 at 18:50)
r dog has my most preferred whip every whip off. perfect both ways, perfectly straight on the landing. effortless. dirt jump / slope guys have the whips i need in my veins.

Shaun Palmers mental game: tell them how easy it is for you and much you are chillin’, work your ass off when they don’t see you, make it look easy when they see you.

StanMarsh (Aug 15, 2019 at 21:02)
Sick day everyone was killing it! The girl throwing down in the tie-dye shirt was robbed should have been 2nd if not 1st! Would hate to be a judge tho

You NEED to remember that we've "progressed" beyond judging individuals based on the content of their character. ALL that matter in the modern progressive world of intersectionality is your skin color and gender identity, and you have all the wrong immutable characteristics.