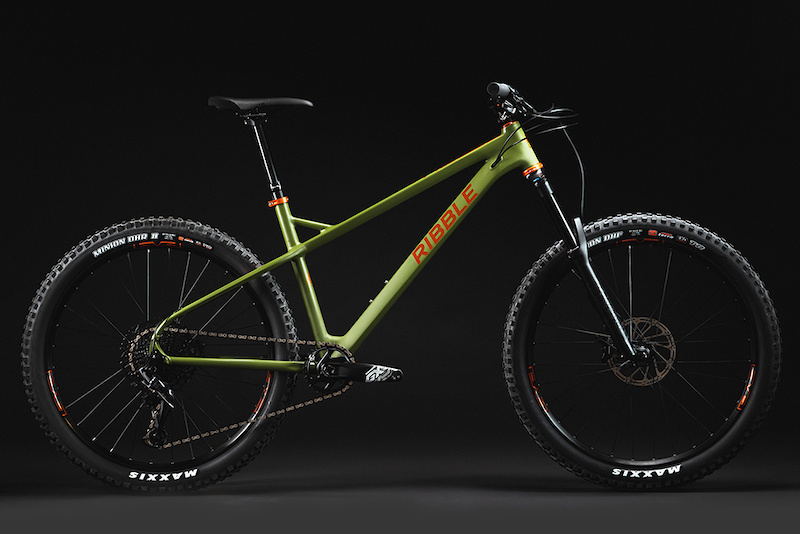 British direct-sales company Ribble Cycles has introduced two new hardtails, the HT Trail AL 29 and the HT AL, both of which were designed and developed in-house in the UK.

The HT Trail AL 29 is an all-around trail hardtail with 29” wheels and a 65-degree head tube angle with a 130mm fork. The 6061-T6 aluminum bike has a long wheelbase, short chainstays, and internal dropper post routing. 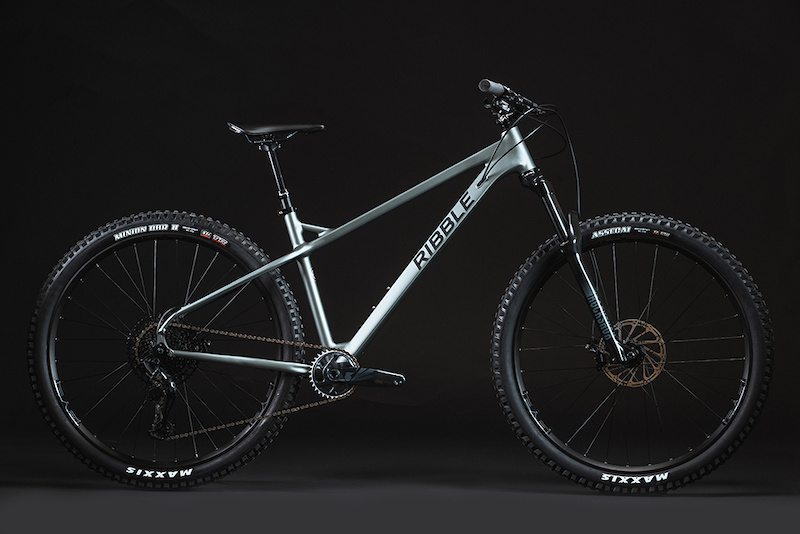 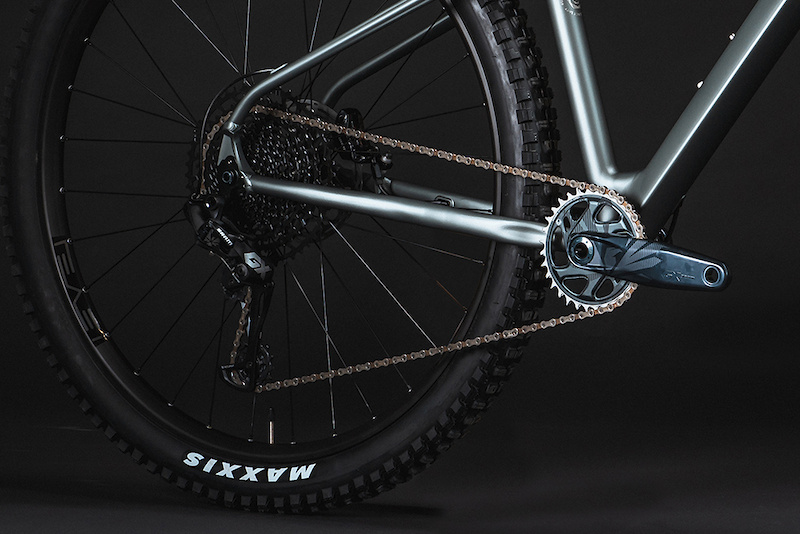 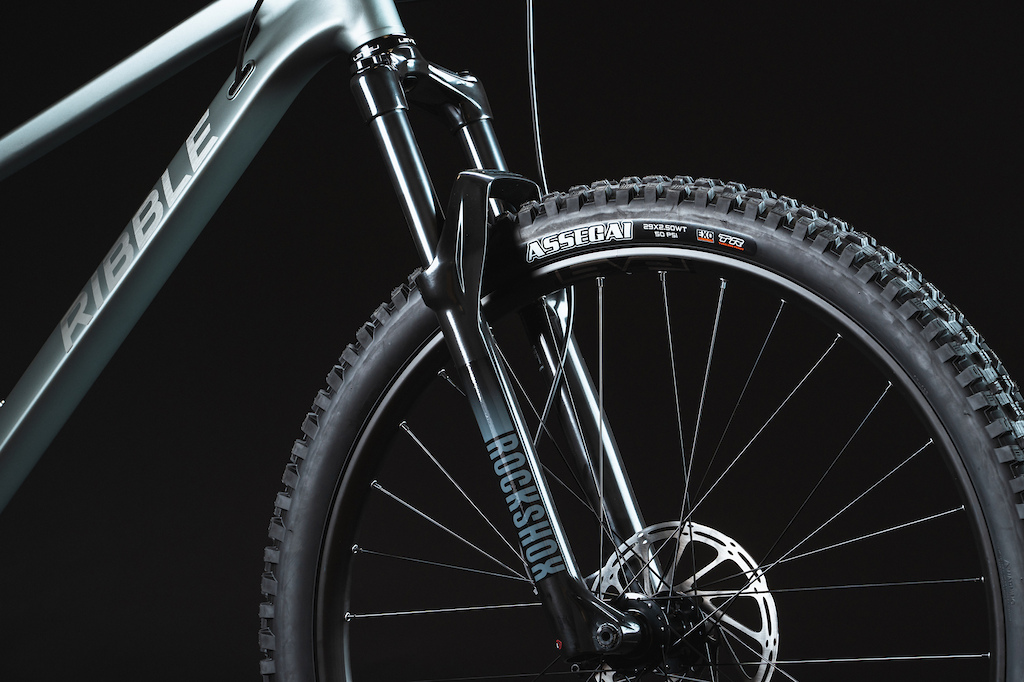 Its rowdier sibling, the HT AL, is designed around 27.5” wheels and a 150mm fork. It keeps much of the same geometry but has a slacker 64-degree head tube angle and some shorter tubes to accommodate the smaller wheels. The HT AL adds a relatively affordable option to Ribble's hardcore hardtail lineup alongside the steel and titanium versions of the same bike, which have been available since 2019. 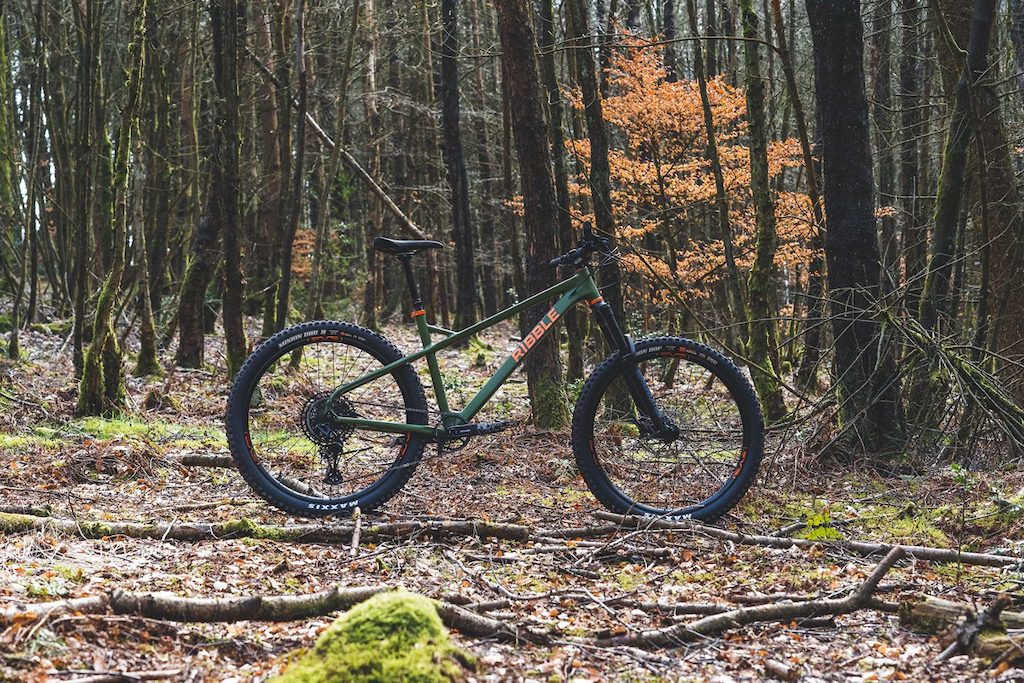 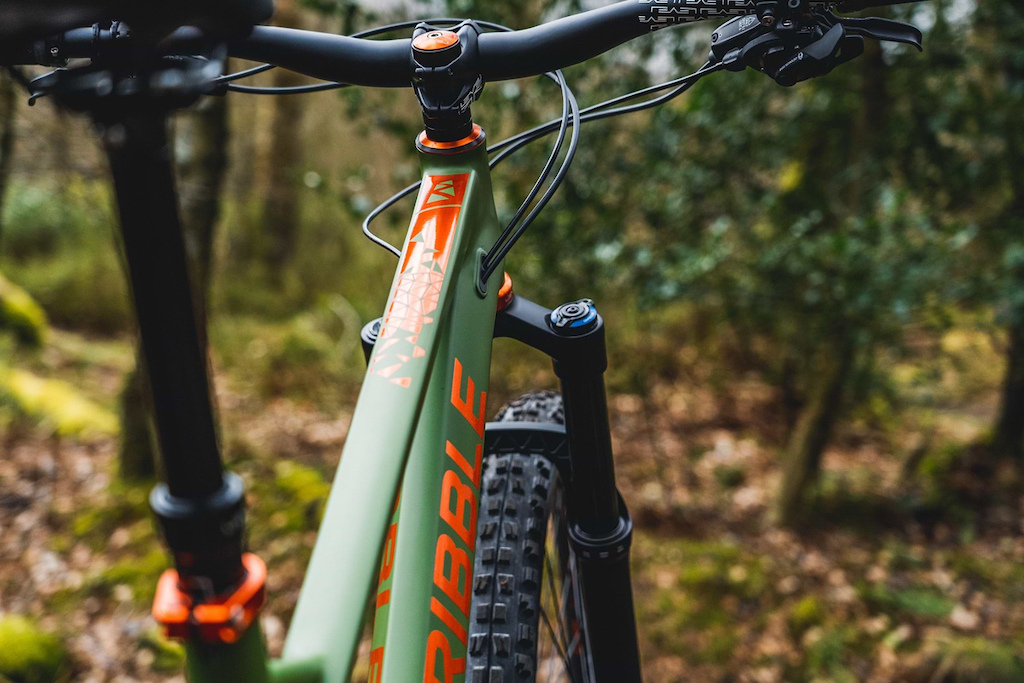 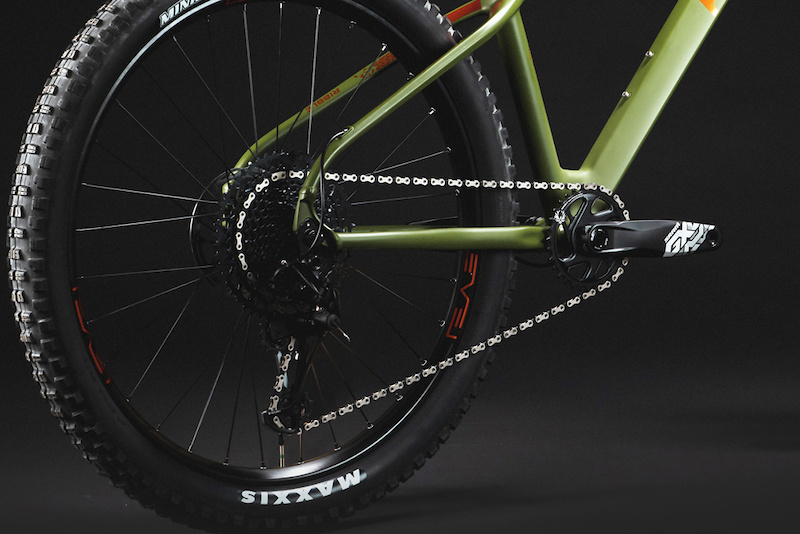 Both bikes are available with three suggested build kits or are completely customizable – both parts and colors – using the online BikeBuilder tool.

More information is available at ribblecycles.co.uk.

zephxiii (Apr 15, 2021 at 5:04)
@threeofswords: Carbon, compliant and I like the way it handles. I also have a alu HT with 438mm, it's way stiffer but the Ergon saddle, carbon post and bars make it compliant so it rides well to the point where sometimes I prefer it.

wyorider (Apr 14, 2021 at 17:57)
Calfee schmalfee. This is what modern hardtails should be. Affordable, progressive geometry. A great starter bike or addition to the quiver.

TannerValhouli (Apr 14, 2021 at 18:32)
Actually after looking at the calfee again I rescind my prior statement. Cool concept, rubbish execution. Like if communism was a bike.

spgrace (Apr 14, 2021 at 18:41)
Ribble - my first proper MTB - they used to sell a catalogue double diamond aluminium bike, was it 69 head and 73 seat the classic numbers. Ordered it with full DX I think. Great to see them carrying on the tradition of entry level bikes.

Jamestyrrell (Apr 14, 2021 at 21:19)
Wow how have I not heard of this company? I'm in the market for an agressive hardtail ATM as I'm just not using my full Susser and it kills me doing longer xc type rides. Just checked their website and they sell a titanium framed complete for £2299! Insane! Fair enough it's NX drivetrain and guide r brakes but hey those can be upgraded if they break!

chakaping (Apr 15, 2021 at 4:22)
Since you Pinkers love your puns, I'll just give my opinion that the full builds are teRibble value compared to other options here in the UK. And publishing a geo chart without reach is not going to win them many fans among internet MTB comment section geeks.

Tasso75 (Apr 15, 2021 at 0:47)
Aside from the confusing geo charts.
455mm chainstays on an aggressive hardtail *could* make sense.
When the rear wheel impacts an obstacle, the HT acts like a 2nd class lever, with the fulcrum being the front axle, the load being the rider weight through the bb, and the force being the obstacle lifting the rear wheel.
If so, for a given obstacle, longer CSs should yield less BB lift, which *should* mean a smoother ride.
Or it's just me that needs another coffee

Inertiaman (Apr 15, 2021 at 9:52)
$800 for an alloy frame that isn't even well thought out?? WTF? The bike-components.de Podsol is a far better design and execution and WAY cheaper. Maybe if this ends up selling at 65% discount like some stuff on Ribble it starts to make sense.

ceecee (Apr 14, 2021 at 20:02)
They're flipped compared to Ribble's site, which has the 27" w/ the shorter chainstays and slacker HT. No wonder they have experts standing by. I built a 725 with GX, Fox 34 and Transfer K--'completely customizable' is an extreme exaggeration--about $4500 shipped to USA with end of July delivery promised....

justwaki (Apr 15, 2021 at 3:29)
Even if - it’s still good. Several brands showcased cuts through their carbon frames and you could see voids, wrinkles and places with too much resin.

MattP76 (Apr 14, 2021 at 22:19)
Just look at this! A beautifully engineered metel bike. Just look at the finish on it. A pleasure to see over the constant barrage of plastic bikes.

Steventux (Apr 15, 2021 at 1:49)
Yeah they were using Reynolds 5** steel in previous HT frames, assume the bottom line has something to do with this.

nojzilla (Apr 15, 2021 at 22:38)
@Steventux: These in steel look to be 752, so unless it's some super alloy blend/manufacturer at the same price I'd definitely pick the Reynolds!

Publicanus (Apr 15, 2021 at 0:55)
Us vertically challenged riders have been left out once again

nozes (Apr 14, 2021 at 19:25)
Not all steel is created equal. There are some steel bikes out there that don't offer the ride that made steel's good name. In order to make frames ready for anything,some brands delivered heavy frames that ride as harsh as a stiff aluminum bike.

woofer2609 (Apr 14, 2021 at 20:44)
Aluminum is real too! I've touched it, and unless I'm riding a chimera, it makes a great bicycle frame. Aluminum is the most abundant metallic element in Earth's crust. It's real!