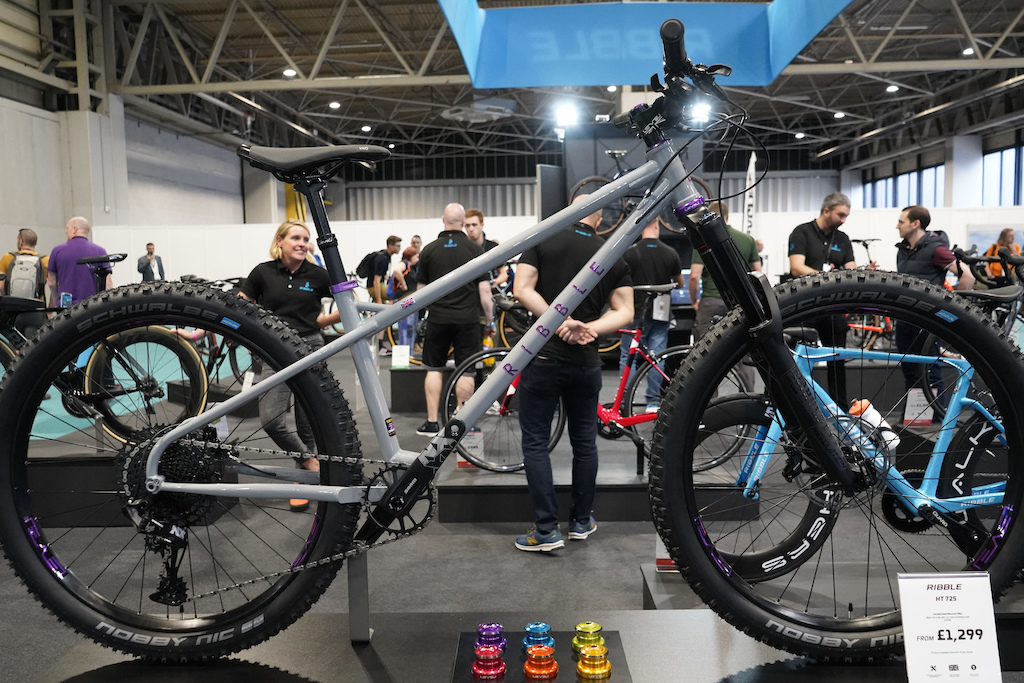 Ribble HT 725
After launching their first-ever mountain bike back at the London Bike Show earlier this year, the road-based brand Ribble has added another bike to their lineup with a steel version of their titanium hardtail.

The Ribble HT 725 mostly follows the same outline of its titanium counterpart, except it does miss out on some features saved for the premium model. One example of this is the integrated seat clamp that's been replaced with a standard collar. 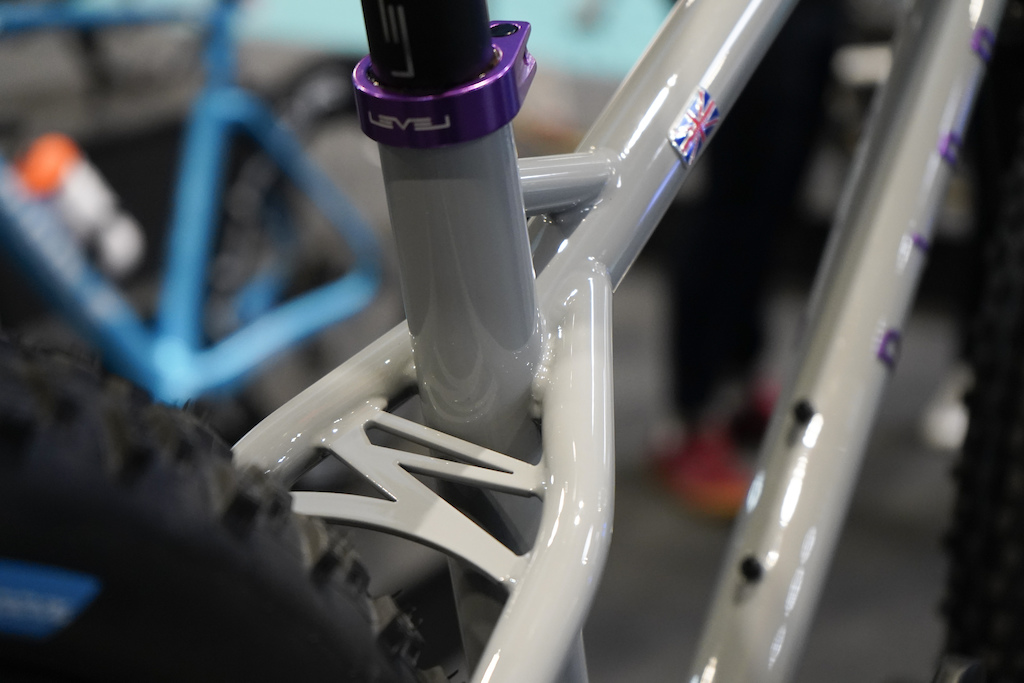 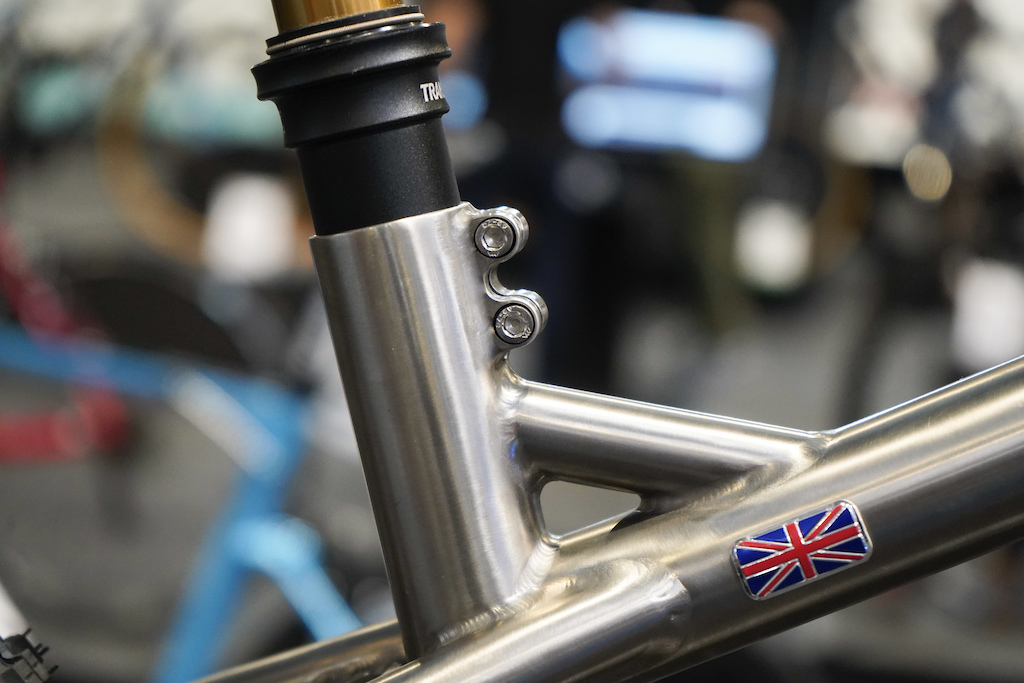 The bikes should offer plenty of fun, with a 64-degree head angle and 150mm of fork travel. Although being offered at a lower price and missing a few premium details, the steel bike still has a few quirks of its own, including embossed lettering. The bike will be offered both as a frame-only (prices to be announced at a later date) and as a range of completes starting with an SX/Rockshox 35 build at £1,299. The full range of options is set to mirror that of the titanium builds, and this includes NX/Rockshox Revelation RC, GX/ Rockshox Pike Select+ and XX1/ Fox 34 Factory build options.

You can also customise the look of the bike with a range of colored components and a bike builder allowing you to mix and match between the offered builds. 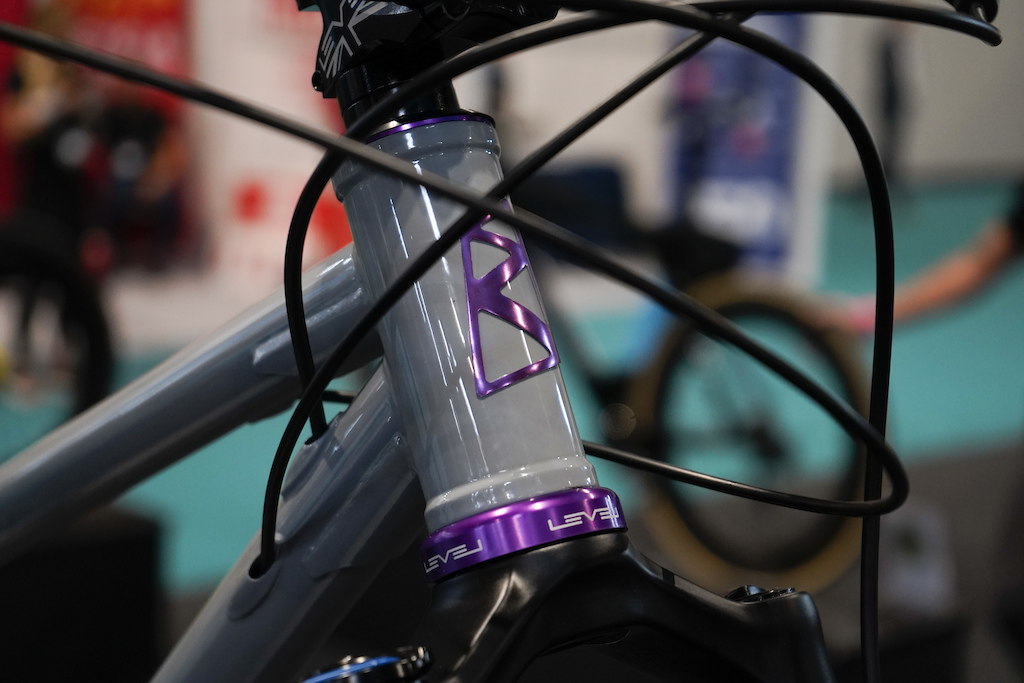 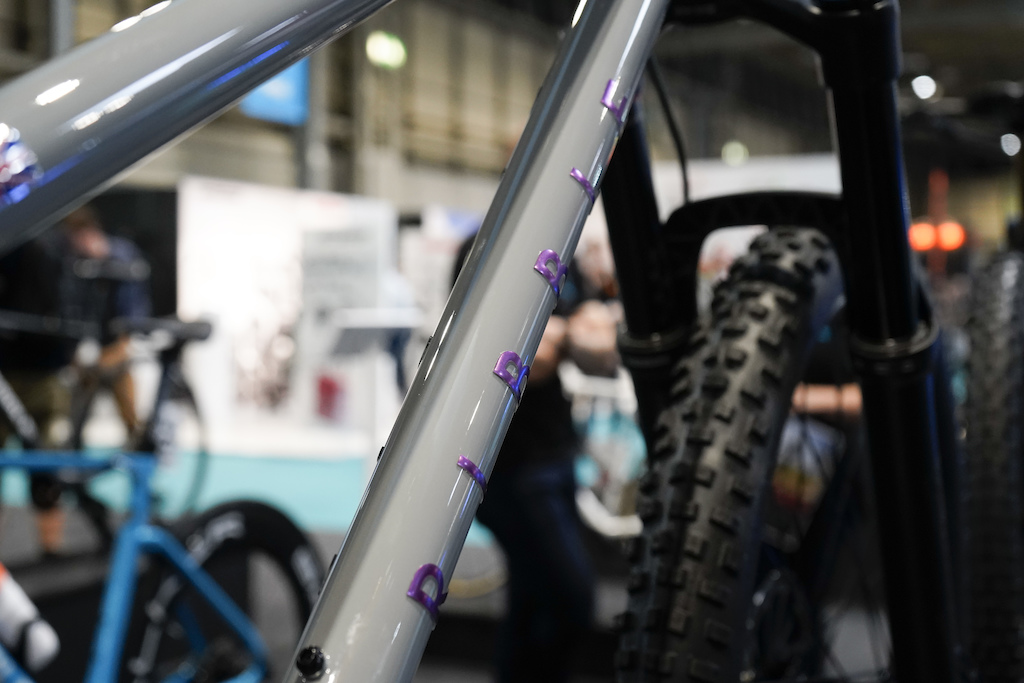 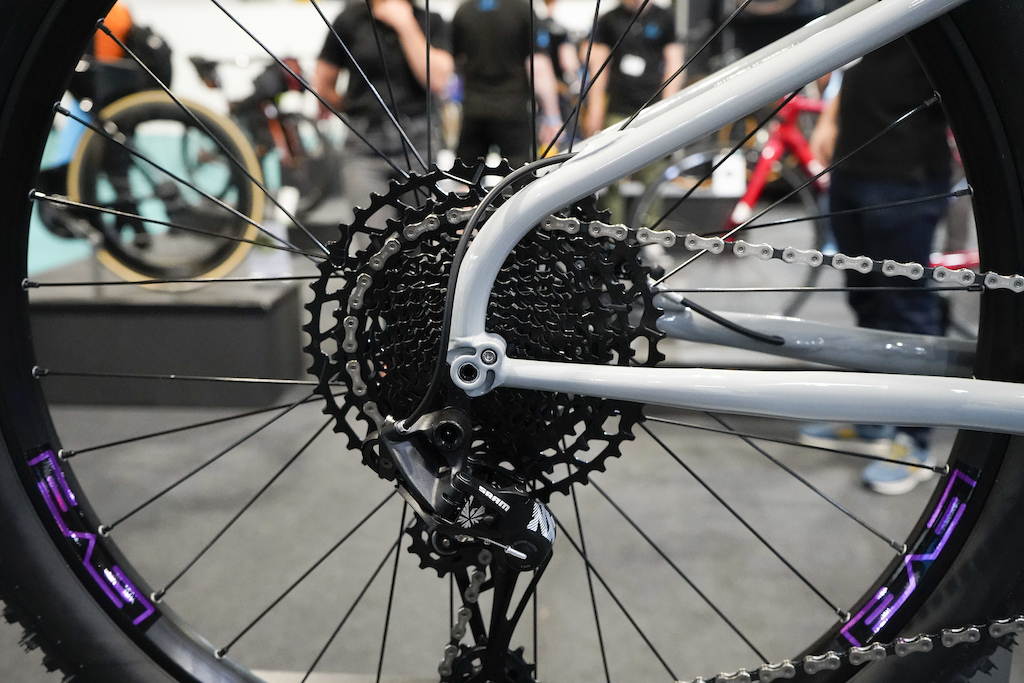 Their titanium hardtail, pictured below, was at the show, too. It starts at a relatively reasonable £2,799. 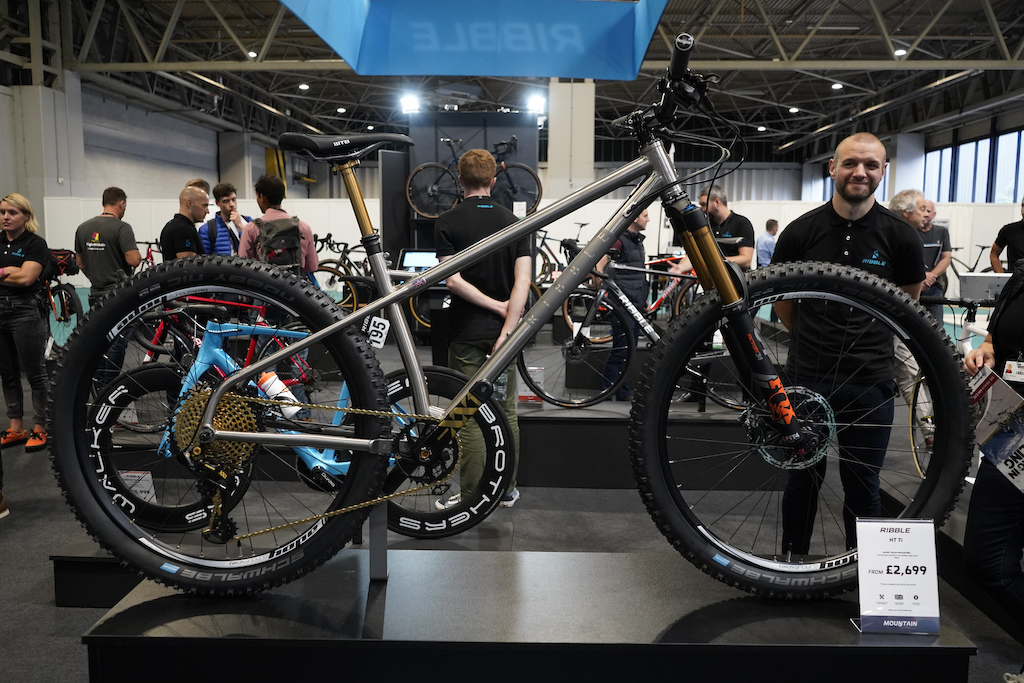 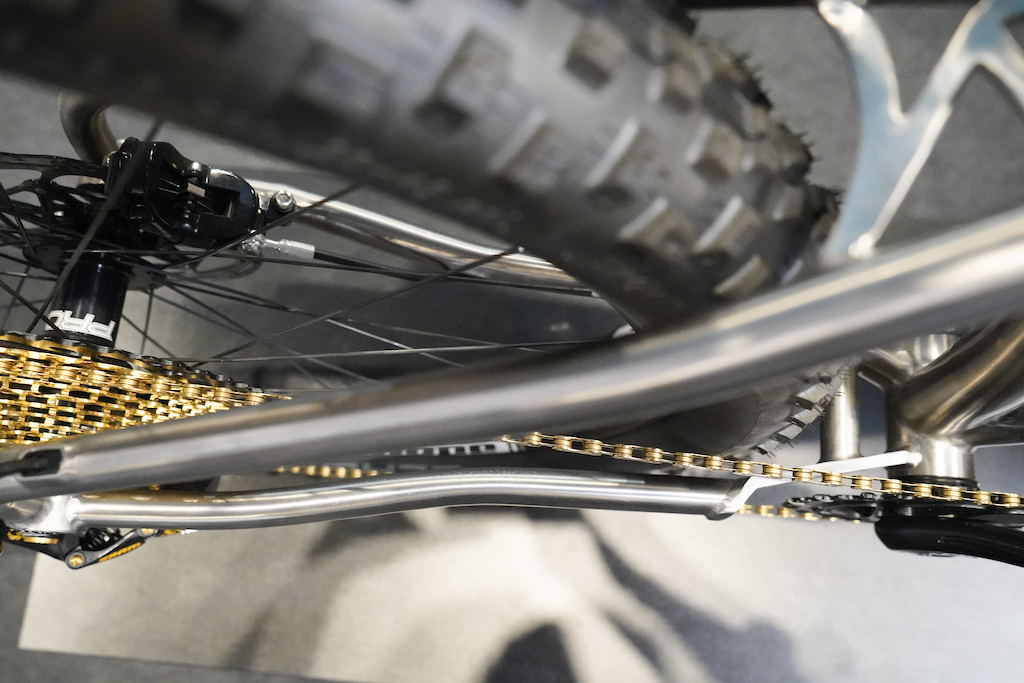 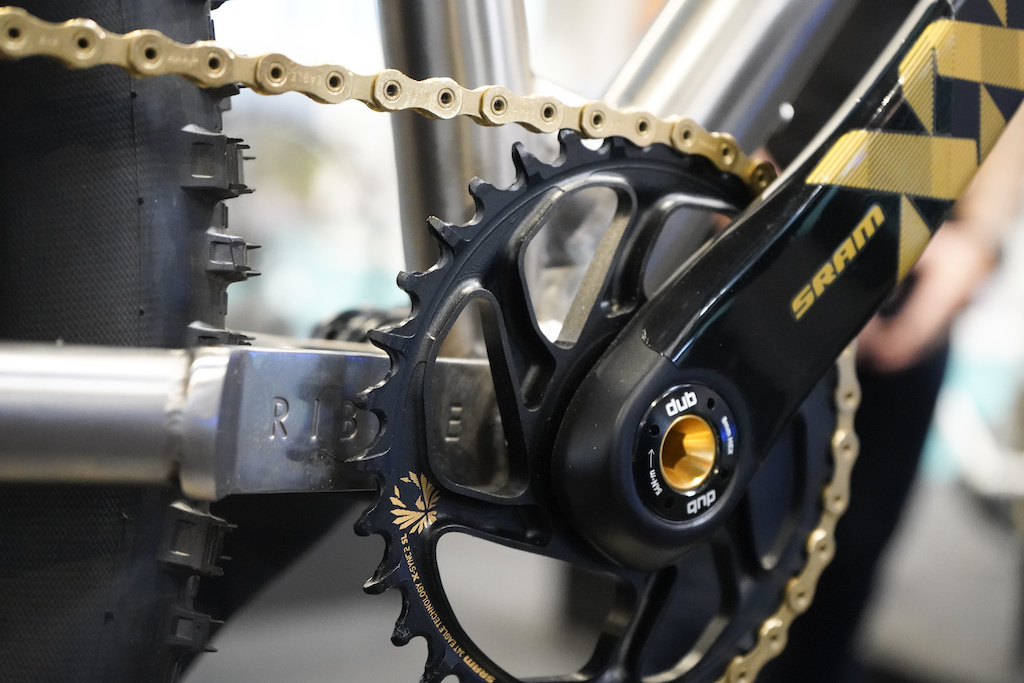 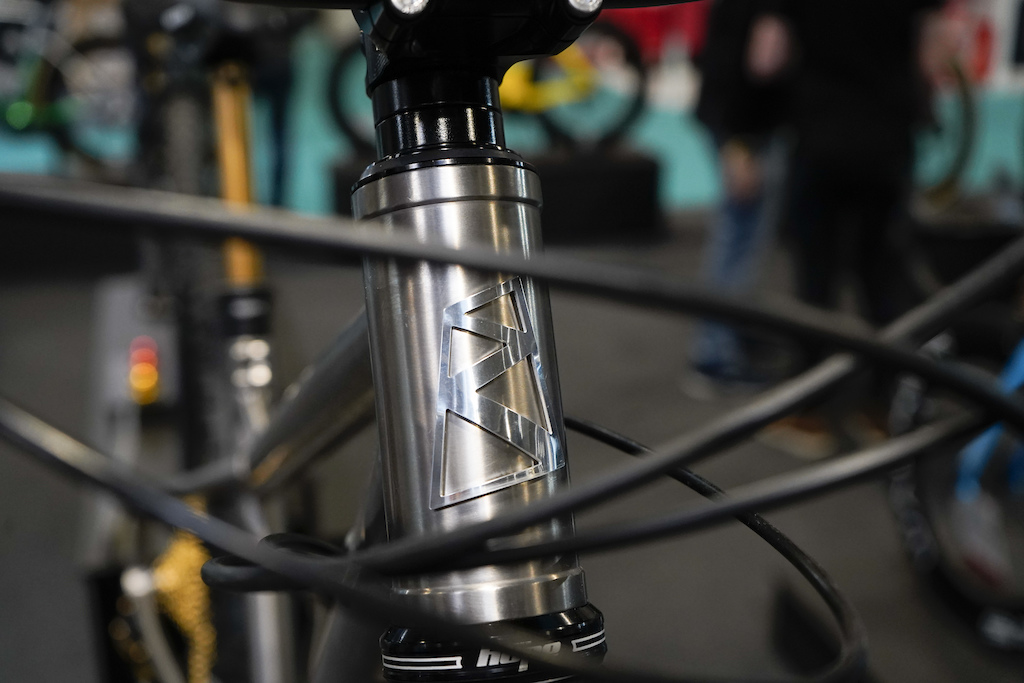 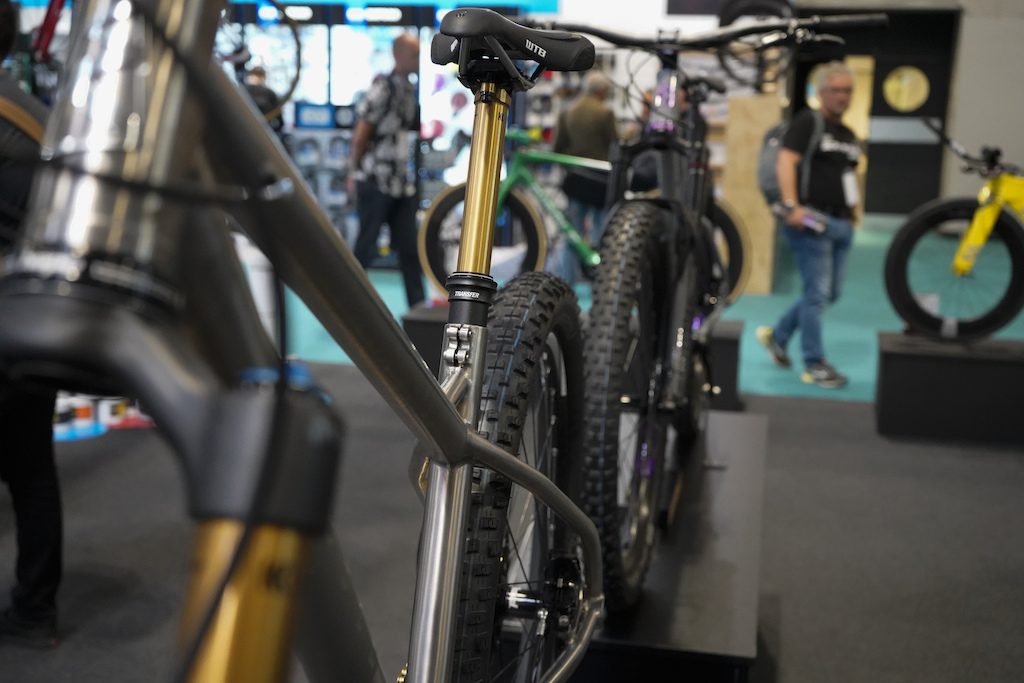 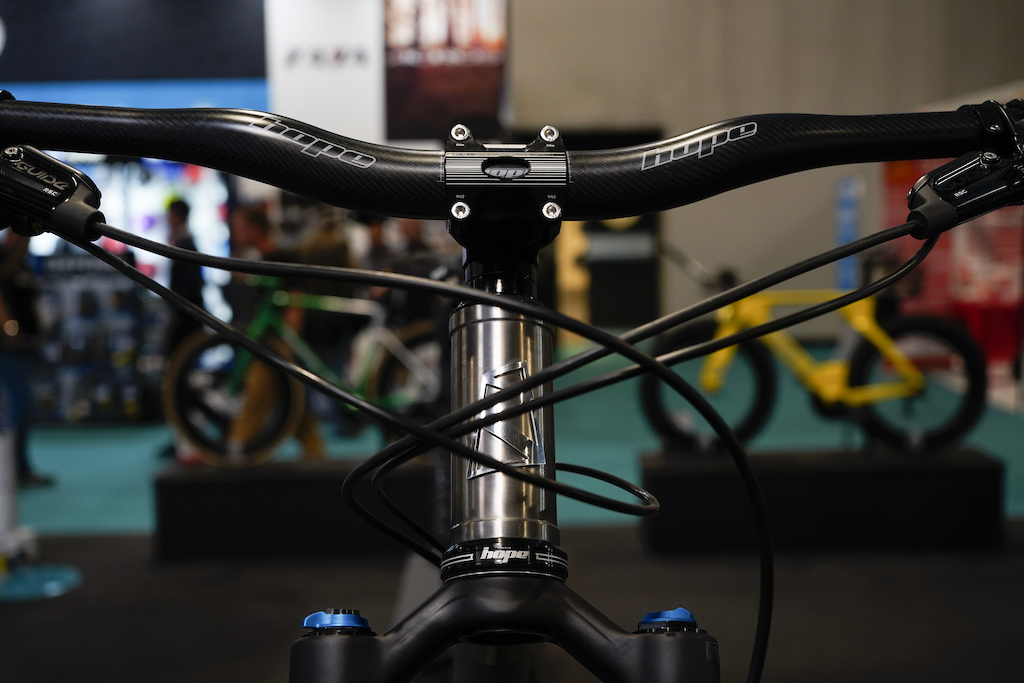 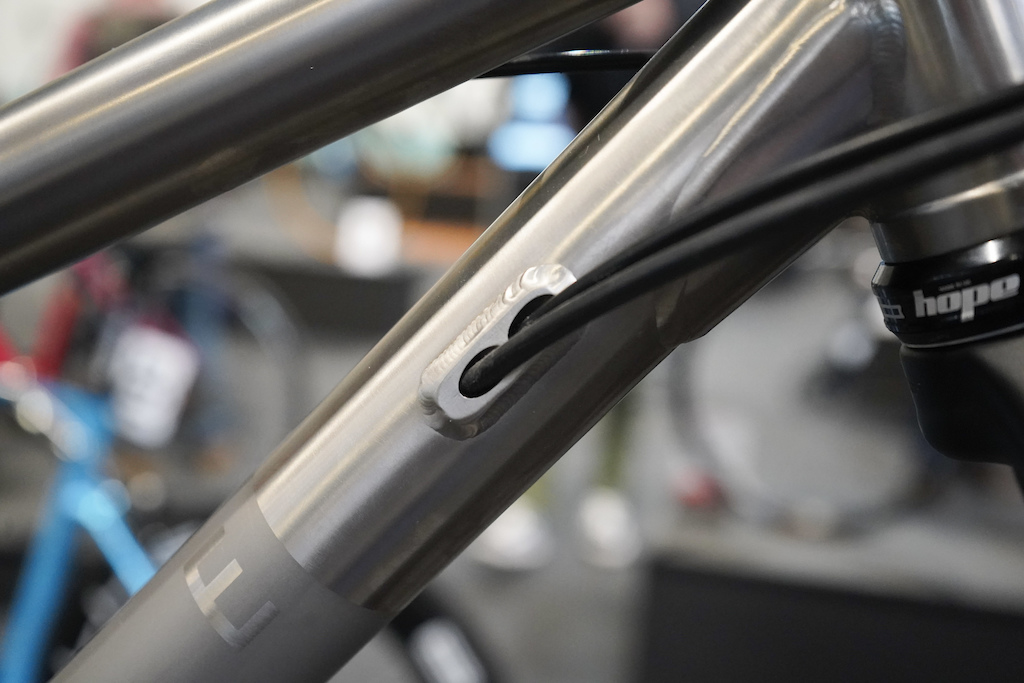 silverstanktions (Sep 12, 2019 at 21:03)
Yeah, like Chromag Rootdown/Primer and RSD Middlechild. I lust after these bikes.

tacklingdummy (Sep 12, 2019 at 18:20)
Chromoly steel is pretty good because it has some flex and which can be a little more forgiving. Never rode a titanium frame.

honourablegeorge (Sep 13, 2019 at 4:23)
@Clem-mk: The better fatigue thing is true, but the welds tend to be the point of failure for Ti frames in most cases, steel frames usually last as long or longer.

leelau Plus (Sep 12, 2019 at 20:28)
I've got a Cove Ti Hummer. Spat the chain out a few times when I set the derailleur up wrong and it bounced off the cogs but otherwise it's been fine

ilovedust (Sep 12, 2019 at 21:07)
Not once has my chain come off on my stanton with no guide. Hardtails have no chain growth like full sussers - of which mine does have a chain guide!

cholla (Sep 12, 2019 at 21:27)
aint carbon, ain't 4 me... fuck thats not true give me everything else but pricey composite junk
Below threshold threads are hidden