Back at the start of the year, I came across Tarlair Swimming Pool online. Situated in the North East of Scotland, Tarlair Pool was a popular location for Scottish holidaymakers but as European holidays became more affordable, Tarlair became abandoned. Today the site remains derelict but locals still head down to walk around and remember the pool in its former glory. 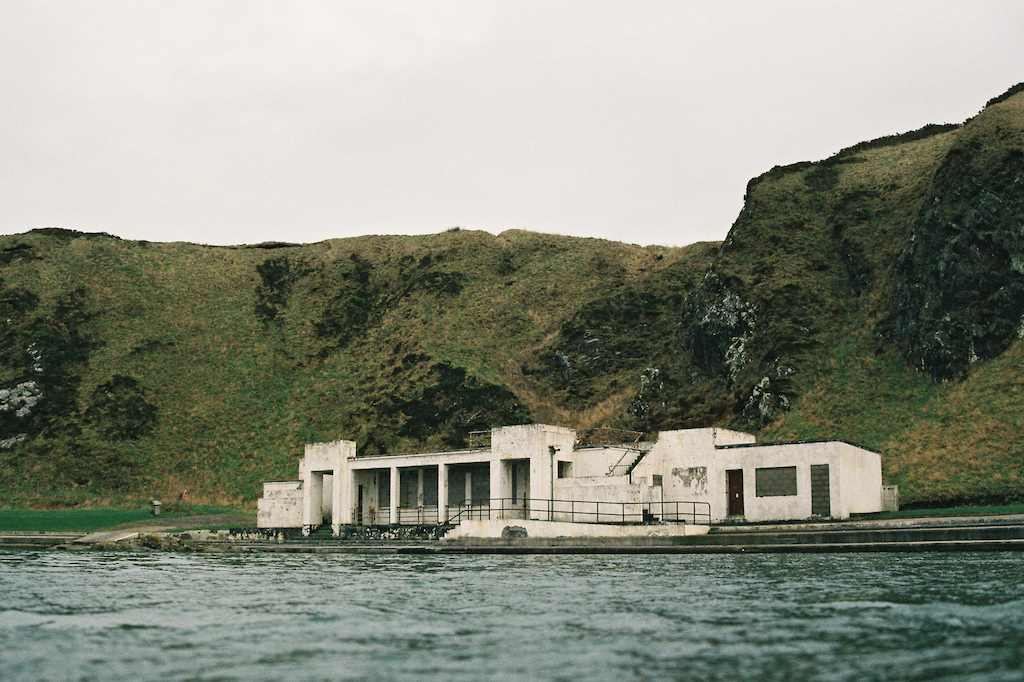 Myself and Joe Urquhart knew that this would be a cool location to do trials video in as it had some rad features. In April we headed up to check it out and find out how rideable everything was. After a successful recce, we couldn't wait to get back up and start filming. In total, the video took 3 full days spread across a month. The first day of filming proved really successful and we managed to get a lot more than we expected to. Day two wasn't as great as rain totally stopped everything and proved to be a wasted journey. We came back two days later keen to get the film finished and we did just that. 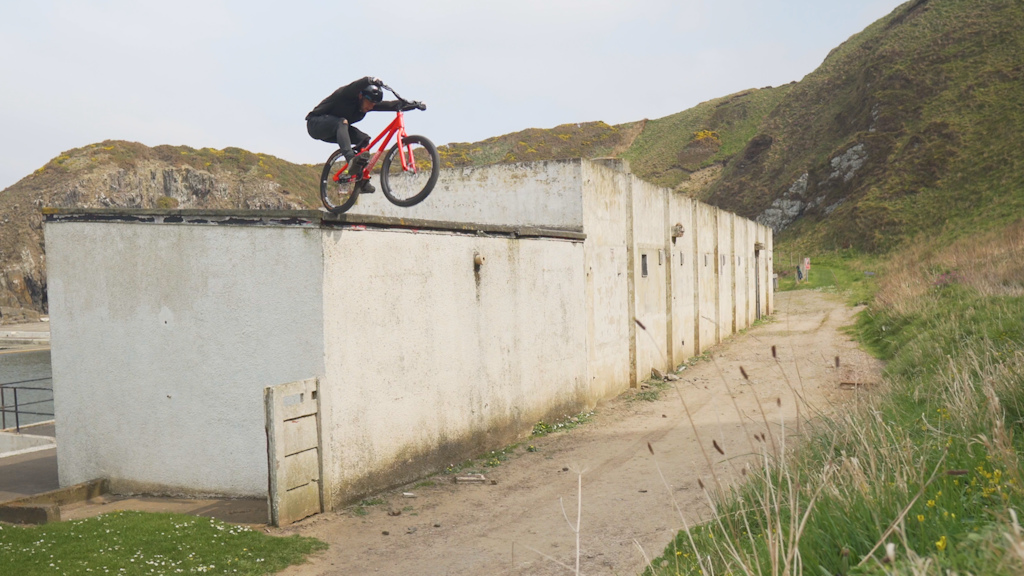 One thing I loved while doing this film was how excited the locals where to see something being done with the pool. We had plenty of conversations with various locals that reminisced about Tarlair in its former glory and how they'd like to see it done up and brought back. I hope they see the video and like what we've done. 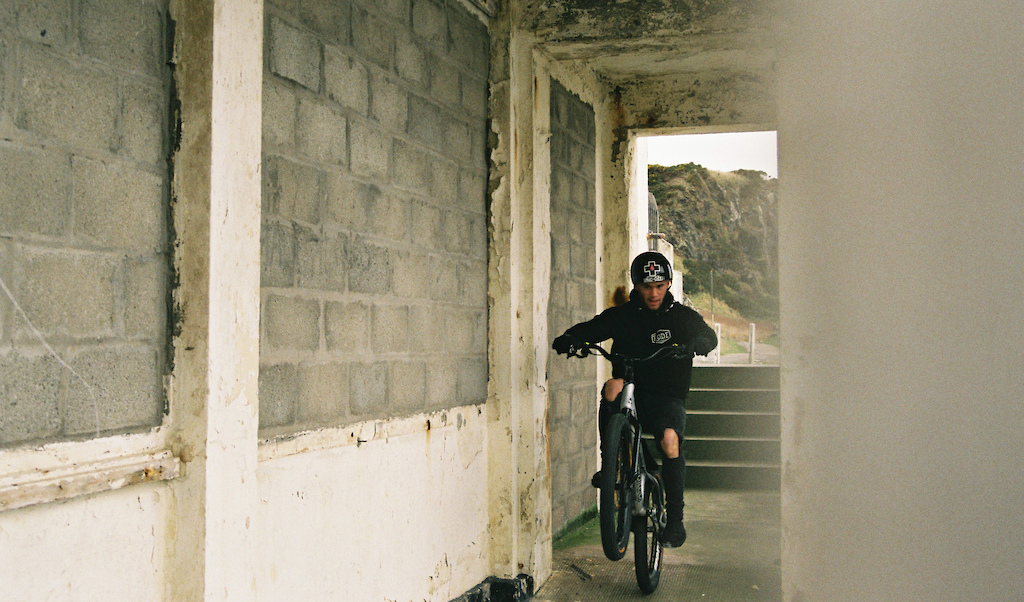 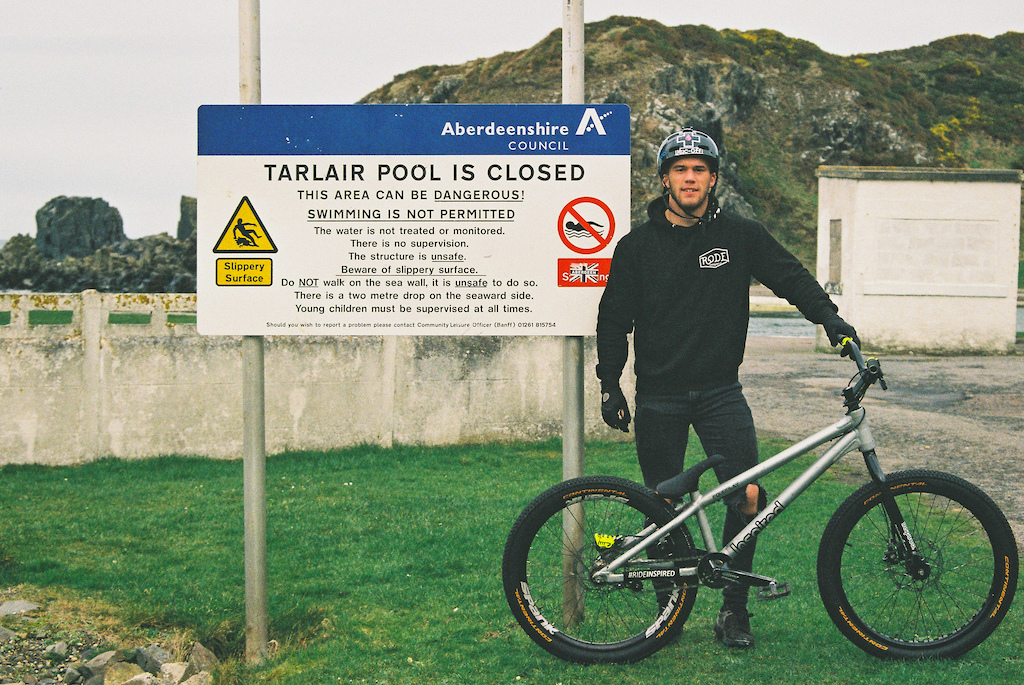 A few BTS pics from the recce in April

Ohdoh (Aug 5, 2019 at 23:56)
I liked this. Just a guy having a nice mellow session in a neat place. Way more relatable than the over the top videos from Danny or Fabio with tricks and lines even they have to shoot several times to get right. Not that I don't enjoy their videos as well, but in a different way.

tobiusmaximum (Aug 6, 2019 at 0:27)
Second that. People are spoiled by the Danny era. I think if you find yourself at a point where every trick has to be a flip whip.. you need question why you even started riding bikes in the first place.

nielsdewit (Aug 6, 2019 at 12:10)
Completely with you guys.
I used to ride trials shows (Comp style).
But lost it as a backflip and tricks á like were the things people wanted to see.

Great smooth riding and edit with a loose vibe here!

TobiasHandcock (Aug 7, 2019 at 0:16)
You gotta check out Pat Smage's channel on YT. Just what you're talking about, backyard stuff.

.looks more like waterfront property with water that has been walled in with concrete.

MacRamsay (Aug 13, 2019 at 4:44)
There is still an outdoor pool open in Gourock, it's brilliant! The water is lovely and warm even when the rain is lashing down above you

MacRamsay (Aug 13, 2019 at 4:48)
What a fantastic location and such chilled riding vibes! Reminds me of the feeling of, wow, I wanna go put tyres on THAT! Good work guys.

Shiny-side-up (Aug 6, 2019 at 12:28)
Cool video boys. Surprised i didnt know this place existed because its not far from where i live.

km79 (Aug 5, 2019 at 9:41)
I remember reading a few years ago that these swimming pools were being restored. Hope this isn't the after shots!

Patrick9-32 (Aug 6, 2019 at 6:20)
Interesting, I loved this, chilled vibe, super clean riding with great style, interesting filming and edit. To each their own I guess?