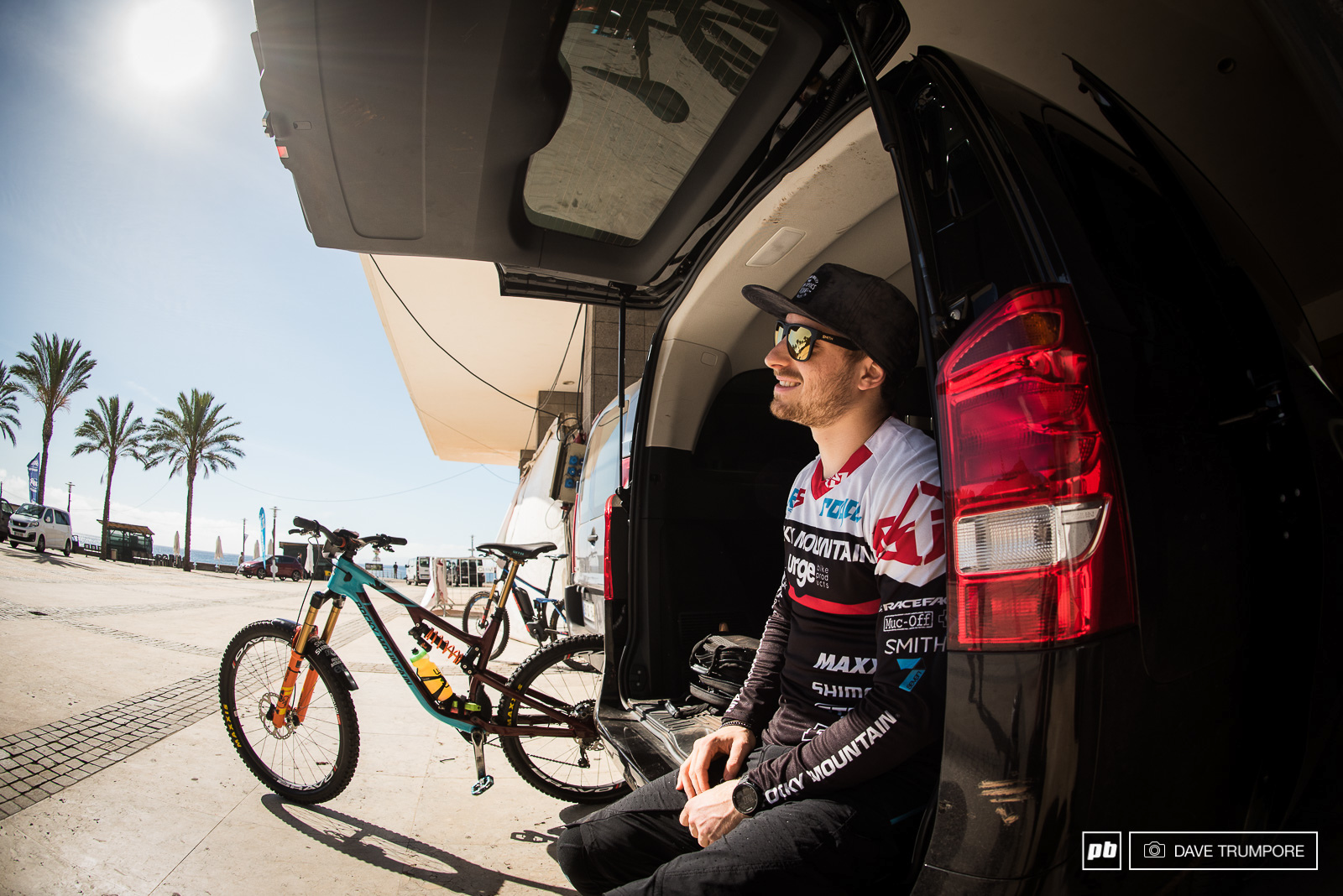 This weekend's Enduro World Series race in Whistler, B.C., is a special one for Rocky Mountain Urge bp Rally Team racer Jesse Melamed. Not only is it in Melamed's hometown, but it's also the site of one of his best overall results, a second place after leading the field going into the long and demanding final stage, a bruiser of a run that started at the top of the mountain and finished in the village. The second step on the podium, after leading at his home event for so long, would have no doubt been hard to swallow for a lot of racers, but Melamed never saw it that way. Instead, the Canadian took the positives from the weekend and from the 2016 season that saw him take a third at the next event in France.

We caught up with the always smiling Melamed before the Whistler EWS to talk about racing at home in front of his family, that final stage of last year's race, and what he thinks of his 2017 season so far.

What's it like racing in front of friends and family in Whistler? Do you feel like there's more pressure or are you more relaxed than usual?

I think it's a combination of both. I definitely feel relaxed at home. I can stick to my own program, eat like usual, and be surrounded by my family, friends and my girlfriend. It makes it seem like a normal week. But it's not quite a normal week, is it? I have a lot of people wishing me luck and wanting the best for me, and I love that. It makes me want to perform for everyone and that's what creates the pressure. I have so much support here, and I don't want to let anyone down! There is a lot of expectation as it's my home trails and I consistently have good stages and results here; everyone knows I can do it, so there is pressure to live up to that. I'm very anxious for practice to start now...

At last year's Whistler EWS, you were in the hot seat until the very last racer, Richie Rude, crossed the line and bumped you to second. Is that on your mind at all going into this year's event, or are you purely focused on what's ahead?

Honestly, I am one hundred percent happy with my race last year. I've been close so many times only to have some mechanicals keep me from a good result. I gave it everything I had last year and had a good, clean day, which I was very proud of. To me, second place was as good as a win last year. Richie deserved the win, no doubt about that. This year it's game on; I won't let him have it easy.

Do you have any special approaches or strategy for the Whistler EWS?

I'm trying to keep my strategy the same as any other EWS race weekend to limit the stress. I'm just going to go about it the same as I would at any race and trust my process.

Will you be riding the Slayer or the Altitude for the Whistler EWS, and are there any specific setup changes to the bike to suit the course?

I will be on the Altitude as I have been all year; it's a new bike this year so the longer I spend on it, the more comfortable and fast I get. It's mostly the same as usual. I'm just running a slightly different rear shock, and I went back to the Maxxis Griffin for the rear tire. Otherwise, everything will be the same to keep it consistent and comfortable.

You just had a hell of a result at the seven-day-long BC Bike Race. How do you think an event like that can help your EWS racing?

Well, I would hope all that pain and suffering translates into increased fitness! It was definitely a big boost in my confidence; it proved that I wasn't slacking in my winter training. We have a lot of long, physical stages in the EWS and now I'm not scared of them. I know I have the fitness to be there with the strongest guys.

You were so close to another big result in Madeira, and you've had some strong rides since. What are your thoughts on the season so far?

I am really happy with how the season is going. It was hard to finish the 2016 season strong and then just break into the off-season. There was a lot of questioning whether I could keep the results going. The first two races didn't go well for me, and I have to put that down to the weather; it psyched me out. Leading the race after day 1 in Madeira at the next round showed that I still have the speed to be at the sharp end of the race. Since then, I haven't been outside the top 10, and the speed is only growing! It has been a hectic summer, but looking back I am proud of what I have accomplished so far. It motivates me to keep pushing!

tetonlarry (Aug 11, 2017 at 11:59)
I like Jesse. He has that Troy Brosnan "I'm just happy I get to ride my bike for work" attitude. Seems like some of the other guys cannot have fun unless they are #1 which seems to hurt them more than help sometimes.

theky1e (Aug 11, 2017 at 4:35)
Remi does. As does Flo sometimes. Makes sense that all the sponno riders ride the latest and greatest release though. They'll all be on the Instinct next season

Good luck this weekend Jesse! Do what you do and everything will be fine mate. Yew!

tkrug (Aug 11, 2017 at 6:12)
Sounds like he prefers to get really comfortable on one bike rather than switch back and forth.