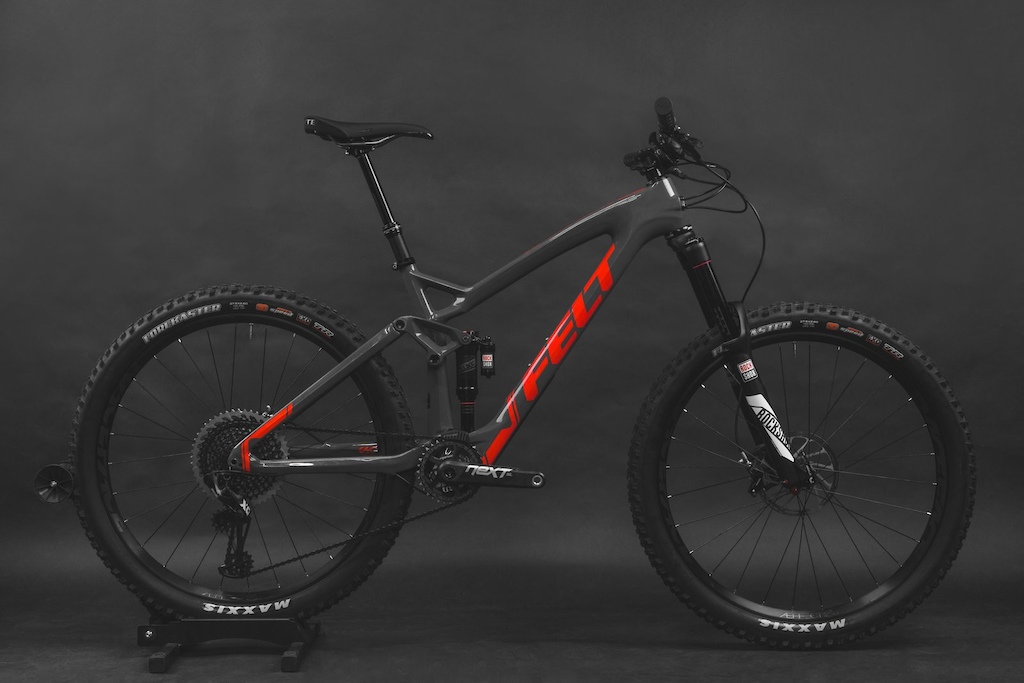 Rossignol has today announced it is selling Felt Bicycles to Pierer Mobility, the owners of KTM motorcycles, Bicycle Retailer reports.

Rossignol first bought Felt in February 2017. However, it has now almost fully exited the cycling industry following the sale of Time Sport to SRAM in February this year. Rossignol now no longer has any dedicated cycling brands under its umbrella, but it reportedly will continue to produce mountain bikes under its own name.

Pierer, by contrast, is now starting to move into the cycling market. The Austria-based company began selling sells its Husqvarna e-bikes in the U.S. and Canada, earlier this year but now has its first brand solely dedicated to cycling.

Stefan Pierer, the CEO of Pierer Mobility, said, "The acquisition of Felt Bicycles fits perfectly with the overall strategy of Pierer E-Bikes – that of becoming a global player in the field of two-wheel mobility, with both electric and non-electric bikes, across all cycling categories. With FELT we are able to expand our bicycle portfolio and also strongly enter the North American market with an established, high-performance brand. The company is also heavily involved in competition, which brings an extra attraction for us."

Felt Bicycles was founded by motorbike mechanic and triathlete Jim Felt in California in 1994. It had been making mountain bikes up until the start of 2021 and sponsored the jb Brunex World Cup cross country team until the start of this season. We will wait and see if Felt is able to start making mountain bikes again under its new ownership. One manager at Felt told BRAIN, "Skiing is great, but I think the two-wheeled alignment is fantastic. They are all about optimizing products to go fast and be the world's best. That was music to my ears."

usedbikestuff (Nov 23, 2021 at 12:04)
Shows picture of category that brand doesn’t even participate in any longer.

TannerValhouli (Nov 23, 2021 at 11:50)
Had the most recent version of felts enduro bike a few years ago. Their 6 bar equilink platform was one of the most versatile suspension designs I’ve tried to date but had many a reliability/serviceability issue. Hopefully KTM gives them the resources they need to make something cool happen.

srjacobs (Nov 23, 2021 at 12:26)
Haha, I'm not sure KTM is the right company to make them more reliable or serviceable. Now, if they'd been bought by Honda, I'd be on-board. KTM will make sure you have to bring them into the shop for some proprietary part after every 20 to 30 hours of riding.

Duderz7 (Nov 23, 2021 at 12:37)
I had one of their "Equilink" bikes many moons ago and I too feel that the design is among the best out there, just needs some refinement.

big-red (Nov 23, 2021 at 13:20)
It seems like Yeti is using very similar linkage to get the dynamics they want on their e-bike. Not sure they'd ride the same at all, but interesting that the general configuration allows designers to tune the bikes exactly how they want through the stroke.

deeeight (Nov 23, 2021 at 13:38)
Ever since Felt stole the Equilink suspension design from its actual inventor (who made the mistake of showing it off at the handbuilt bicycle show one year, and then talking to Felt employees about having the merits of his design...before he'd gotten it patented... and they went and filed their own patent instead cutting him out of the great potential profits and licensing opportunities for his own invention. I stopped caring about the Felt brand when the truth behind Equilink got out... and have been hoping they'd go bust or get bought out by someone else. Well now they've been bought out twice.

kylar (Nov 23, 2021 at 18:18)
@srjacobs: they getting better. Granted most of their bikes are race bikes, so you get race bike intervals. Their bigger bikes are pretty reliable. Though, I’m about to go in on a 690/701, so maybe prepurchase rationalization. Granted, nothing will ever touch the 90’s Honda’s.

WayneParsons (Nov 23, 2021 at 20:51)
KTM bicycles is not the same company as KTM motorcycles. They just licensed the name.

Afterschoolsports (Nov 23, 2021 at 21:13)
@srjacobs: not sure if I got lucky but my 2019 300exc that is ridden off road about four hours a day takes very little maintenance, and I can get all the bits I need at a local auto parts supply store. It costs more to maintain than my ag xr, but not hugely more.

kmarm (Nov 23, 2021 at 12:16)
I had a FELT Decree for a few years and it was honestly the best performing suspension design I’ve owned. It utilized flex stays on a 140mm bike back in 2016, something the other brands are just recently releasing. The only downfall was their sizing—the bike was always too small. If KTM can release a bike with the same platform and weight, but with modern geo I’ll buy one immediately. Still wish I had it.

big-red (Nov 23, 2021 at 13:23)
I had a Decree too. It was crazy light and rode nicely. For all the fear people had about flex stays, it held up fine under my XL body and is still going with the guy I sold it to who's bigger than me. Not sure how much the original design team still exists, but I'd love to see what a modern-geo refresh of a Decree could do six years later.

It’ll be interesting to see if new ownership will be willing to spend the money to develop a new suspension platform and bring it to market.

duro1 (Nov 24, 2021 at 15:20)
Sure seems like Rossi figured out a little late that they bought one of the worst MTB brands. Turns out it's better to have a fresh start with off-the-shelf bikes and the Rossi name than what Felt had.

mtb-thetown (Nov 24, 2021 at 20:11)
I had a Felt decree which I got a great deal on around 2015. It wasn't a very good bike. Going to a Patrol was like a different sport and I stopped going over the bars every third ride

kazwei (Nov 23, 2021 at 23:12)
Rossignol was very disappointed after they bought Felt when they found out that Felt doesn't make skis

BenTheSwabian (Nov 23, 2021 at 12:04)
Hey maybe that means there's still hope for Felt as a brand! Would like to see a comeback. They made some really interesting bikes.

qman11 (Nov 23, 2021 at 13:31)
are you wondering about Felt or "KTM Bicycles"? KTM bicycles is actually a completely separate company from KTM motorcycles.. a lot of people don't realize this since KTM bicycles use the same logo as the motorcycle company is famous for.

There's even an article about it on bicycleretailer.com from February this year.

blacktea (Nov 23, 2021 at 23:50)
These big money companies that buy and sell bring nothing to our world!
Below threshold threads are hidden

Fullsend2-13 (Nov 23, 2021 at 12:00)
Husqvarna and e-Bike do not belong in the same sentence. If it's made by Husqvarna it's an e-Dirtbike, not an e-Mountain Bike, lets get the distinction correct folks.