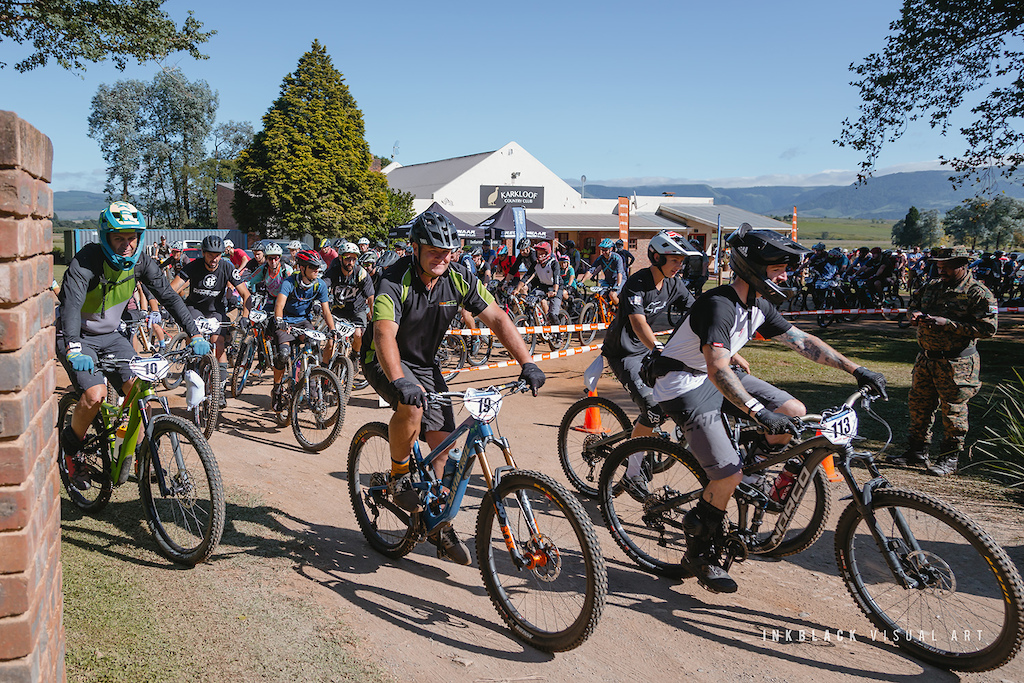 The picturesque Karkloof valley just outside Howick in KwaZulu-Natal played host to Round 2 of the 2020 KZN Gravity Enduro Series presented by Greg Minnaar Cycles. Warm sunny conditions greeted the riders who were eager to hit the meticulous trails prepared by Karkloof MTB Club and Sappi Forestry. 5 stages were on hand for the day, comprising a variety of technical stages from extensive rock gardens to smooth and quick bermed sections.

With 150 riders entered, the wait at Stage 1 would be a long one but once racing began, the guns came out with Sharjah Jonsson, Keira Duncan and Luke Dinkel battling it out for the top step, and the position overall series leader. Stage 1 “Keiras” was a rock-strewn trail that tested riders early on, pushing them to the limit. Stage 2, the infamous “Syd Vicious” with its cumbersome, not-so-slick rock sections made it a tough one to retain a fast run, allowing the riders who kept smooth lines an opportunity to pull away from the pack. Stage 3, began with a pedal-fest that opened up into a fast and flowing section filled with jumps and berms. The race for the top spot was on, with the elite riders still neck and neck meaning that it was all to play for on the final 2 stages of the day. Stages 4 and 5 started next to one another, with SP4 negotiating the awkward rocks of “The Bachelor”, whilst the riders were treated to a roller-coaster of jumps and berms through “Richerts Realm” to finish off the day. 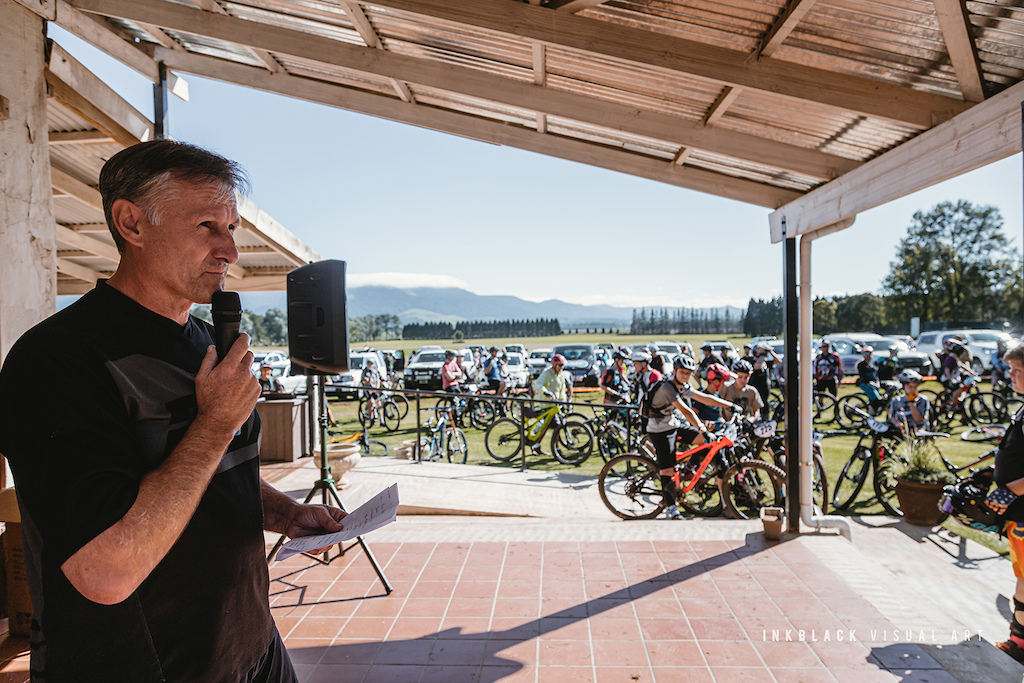 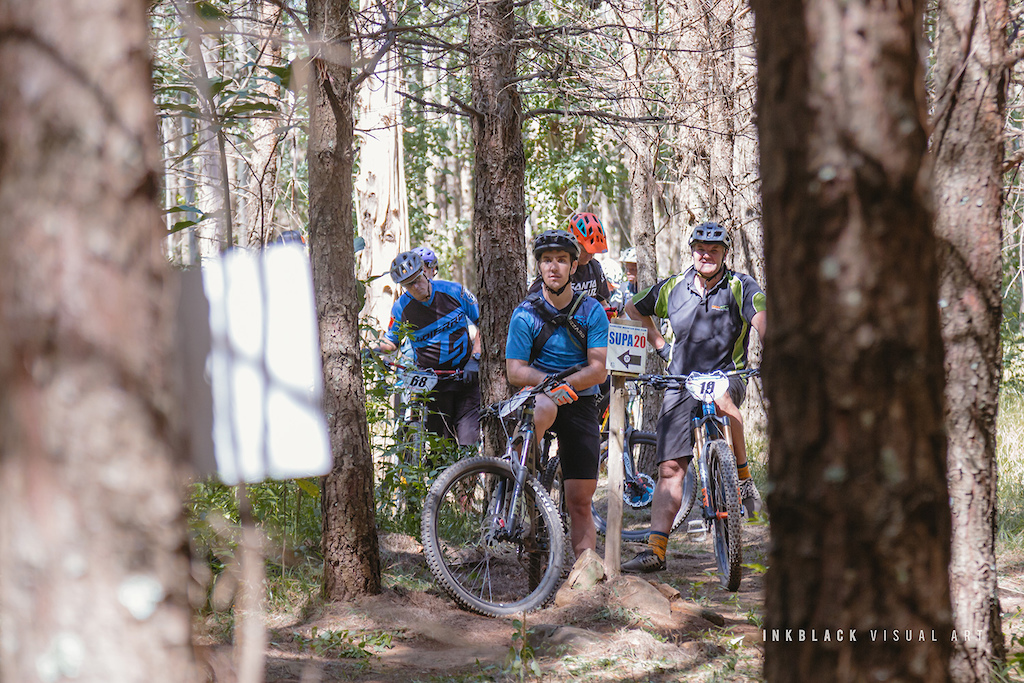 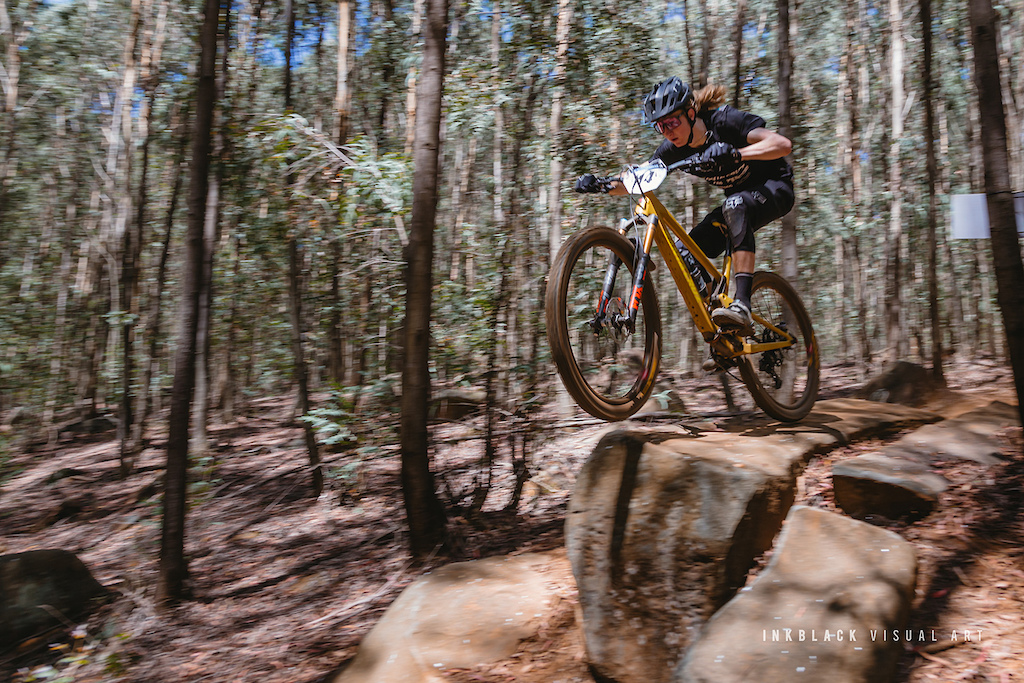 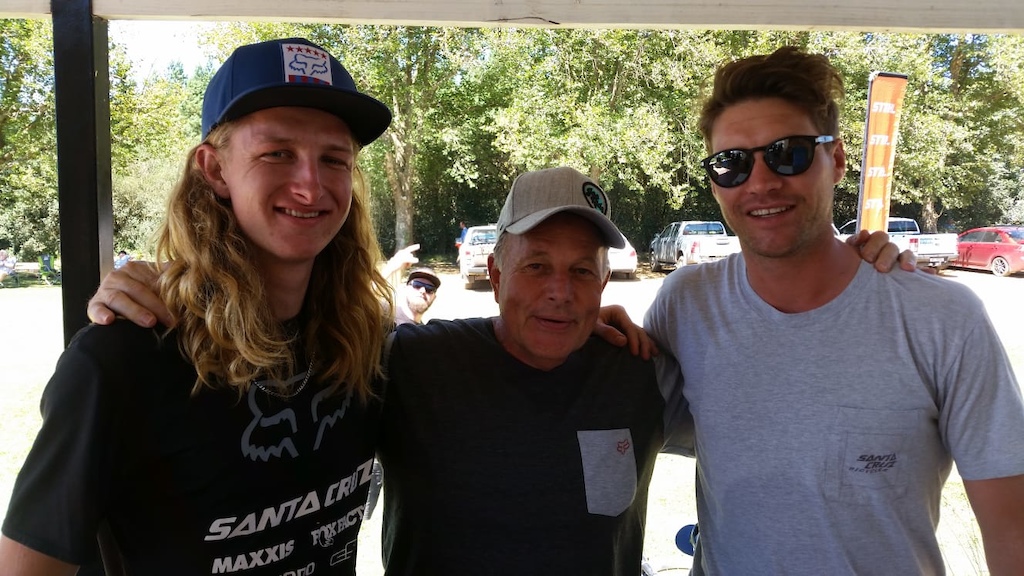 Greg Minnaar made a guest appearance, shredding the trails along with South Africas finest Enduro riders. Always a welcome addition to the field with his friendly demeanour and time to chat to fellow riders, especially the groms. 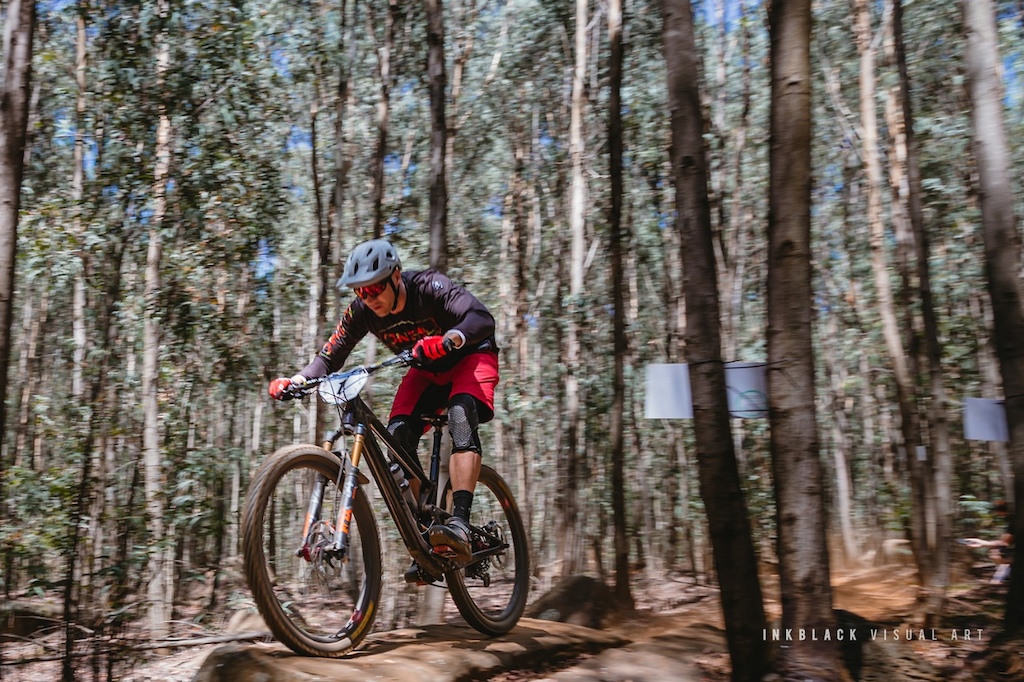 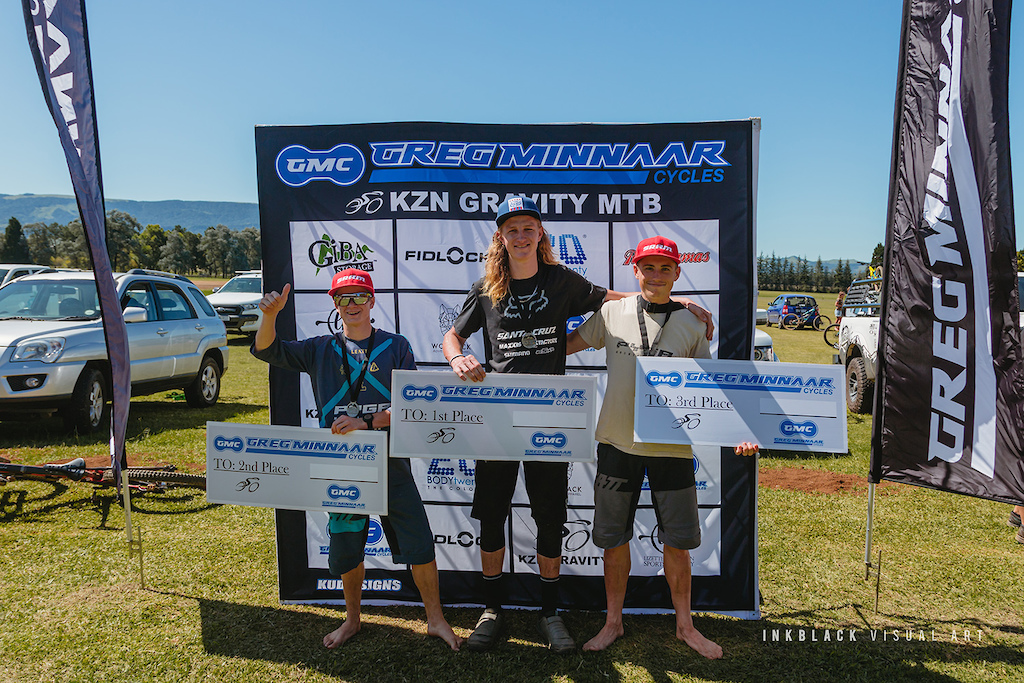 Sharjah Jonsson | Keira Duncan | Luke Dinkel
Once the dust had settled and all riders eagerly awaited to hear who had claimed the overall, it was Sharjah Jonsson (Fox Racing / Rush Sports) (13:23) who took his place on the top step, giving him the overall lead in the series to date. Hot on his heels was Keira Duncan (Pyga) (13:24) and Luke Dinkel (Pyga) (13:34), leaving the series still in hot contention with two rounds to go. 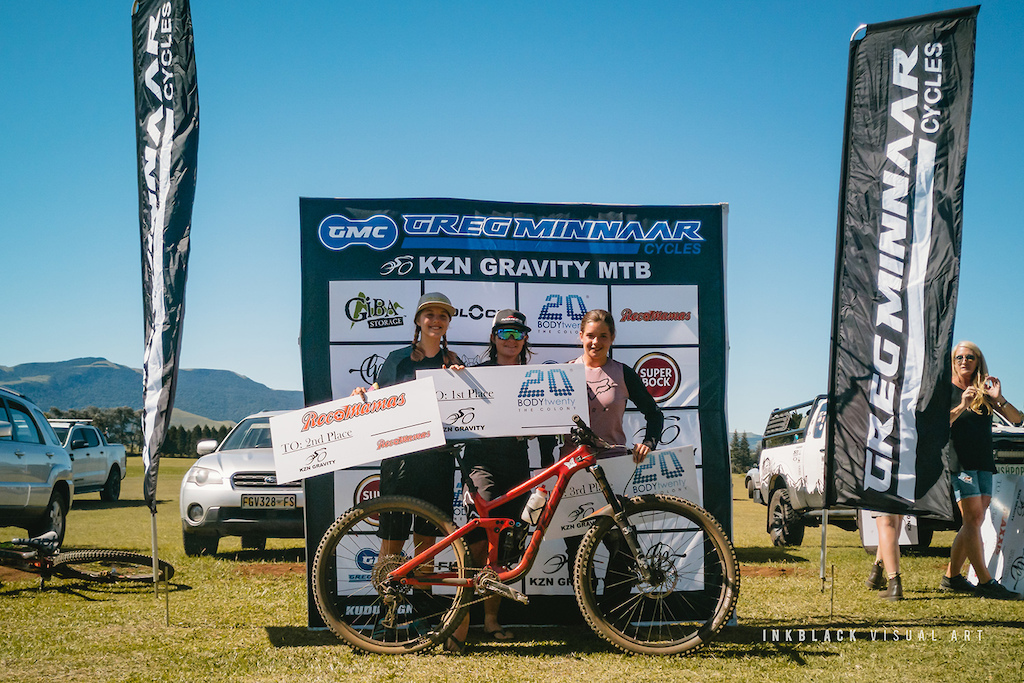 Steffanie Grossman took the ladies round title with a 16:37 followed by Robin Stewart, and Anvia Breedenkamp to finish off the podium.
DOWNHILL - ST IVES | LIONS RIVER 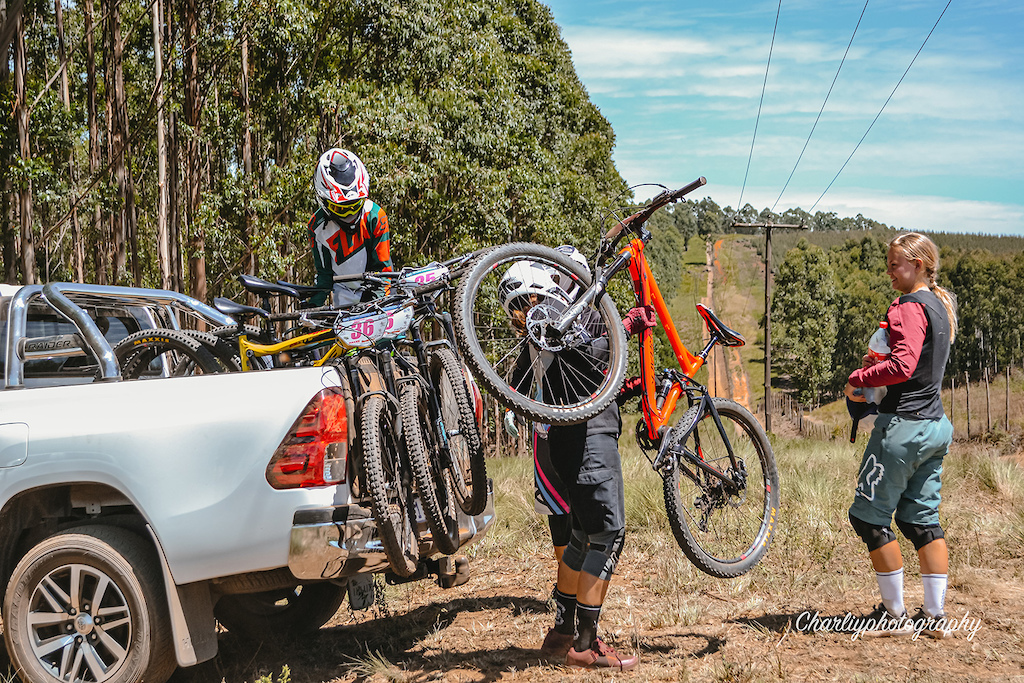 KZN is definitely spoilt for choice when it comes to venues, with the event migrating to the St Ives Boma in the heart of the KwaZulu-Natal Midlands the Downhill Race on Sunday. 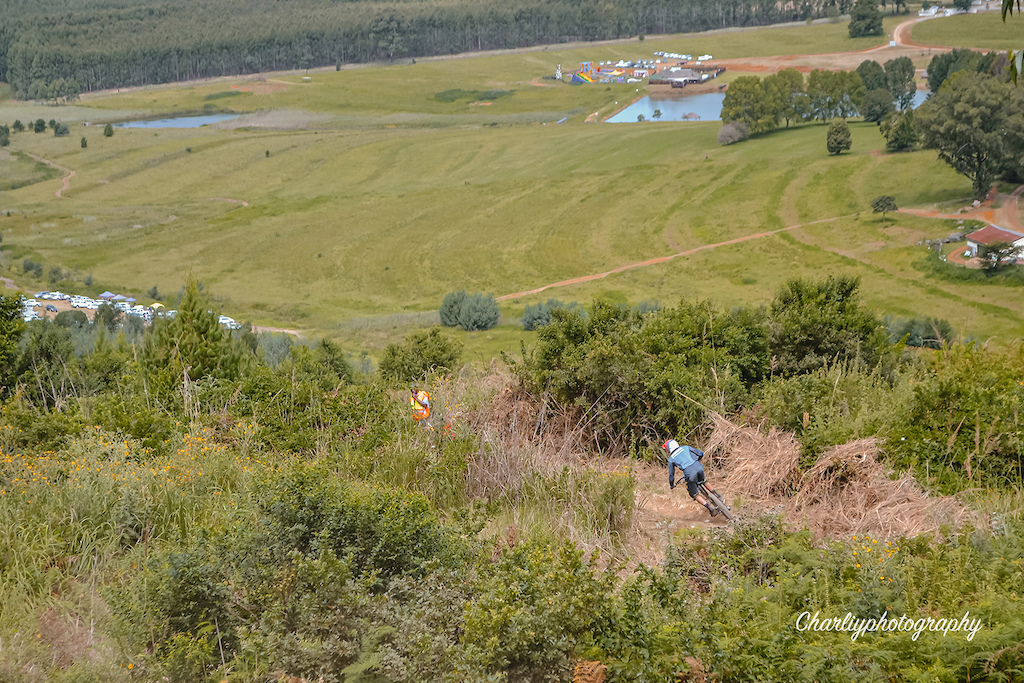 St Ives is renowned as a short, tricky track that keeps riders on their toes and sees very close racing times. The track once again claimed many a spoke and chain with it unassuming, but very technical rock gardens, before opening up into fast and flowing sections topped off with a new jump into the finish arena.

It's always great to have more female riders, and St Ives not only attracted SA's top talent, but some newcomers too. 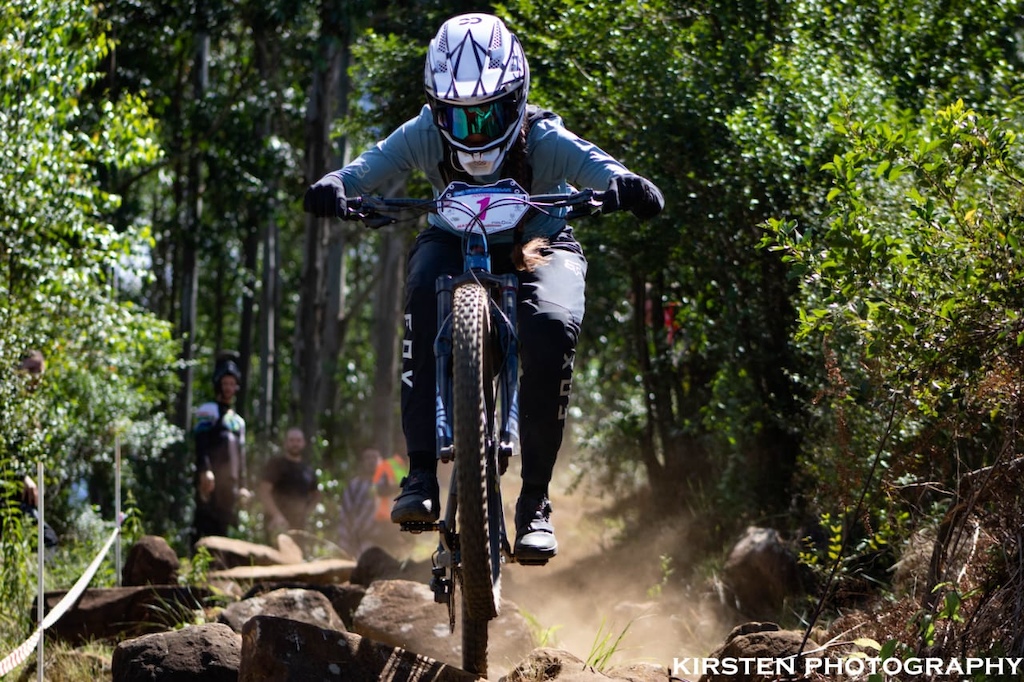 SA Champion Sabine Theis holding onto her commanding lead in the series with an unbeatable two runs. 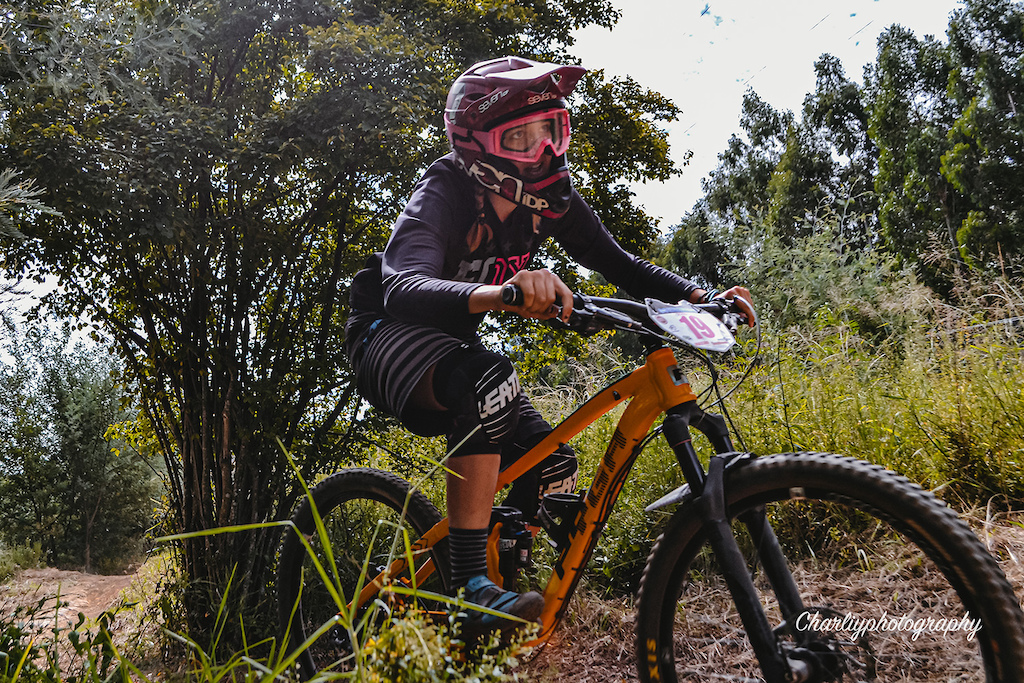 Robin Stewart laying it all on the line for a shot at the podium. 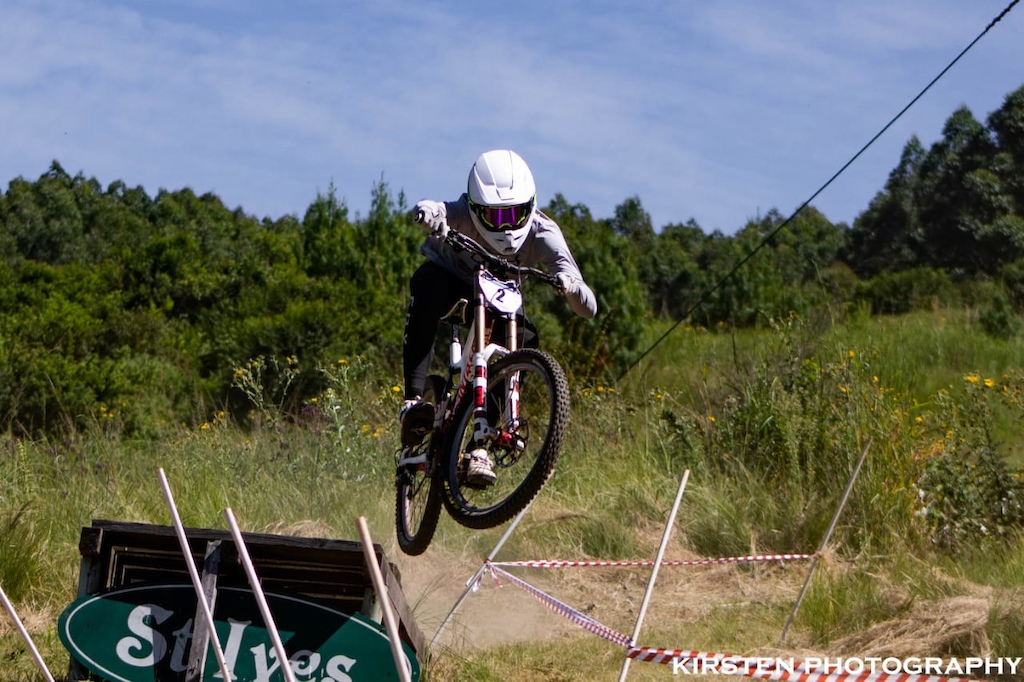 When the dust had settled, it was the McMaster brothers who showed their might, with a resounding 3 second lead over the rest of the field, with only a split of a second between them, but it was Cullen McMaster who took the win over them all cementing his place at the top of the series log after the second round.
Cullen McMaster 1:23.24
Struan McMaster 1:23.75
Connor Finnis 1:26.46 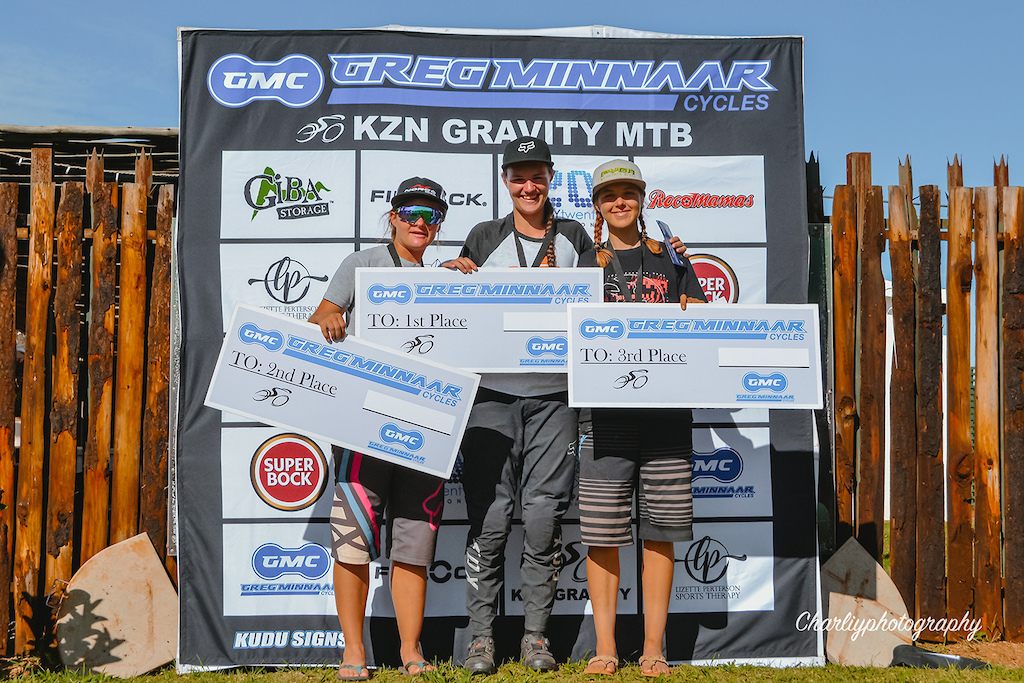 Congratulations to KZN Gravity, Karkloof Country Club and St Ives Boma on a successful event round, with the next round approaching in May at Giba Gorge Mountain Bike Park in Pinetown.