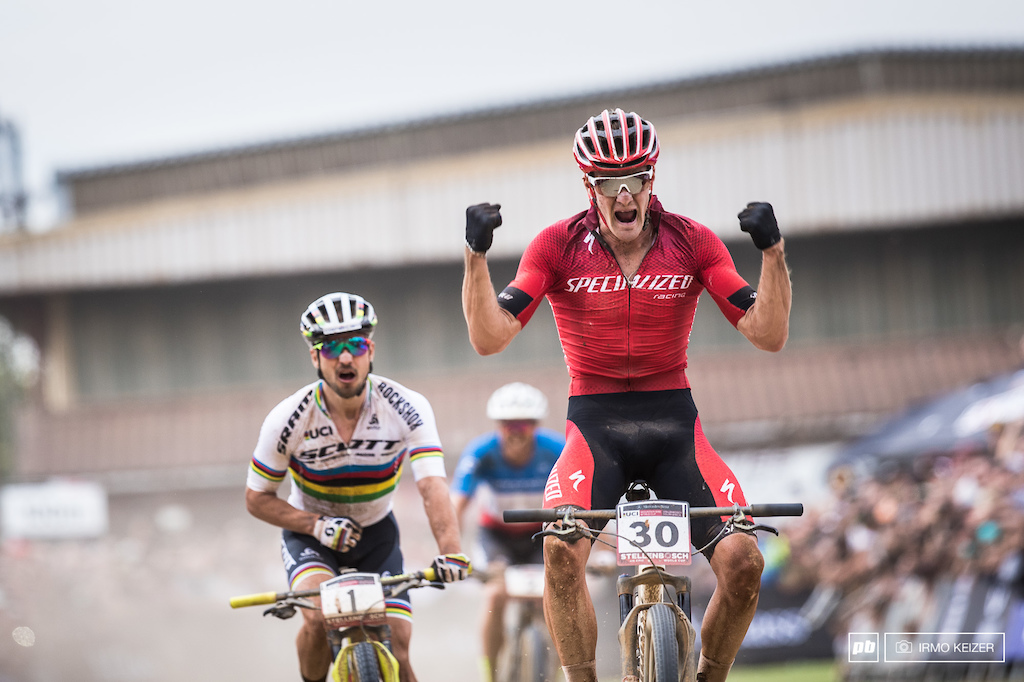 Sam Gaze has confirmed he will be parting ways with Specialized for the 2020 season after five years with the brand.

Gaze enjoyed a successful partnership with the Big S as he won two Under 23 World Championship titles, graduated up to Elite World Cups a year early and podiumed in 2017 and then claimed his first World Cup win at the first round of the 2018 season in Stellenbosch. This season he suffered a severe concussion at the Cape Epic stage race in spring and spent most of the season recovering. 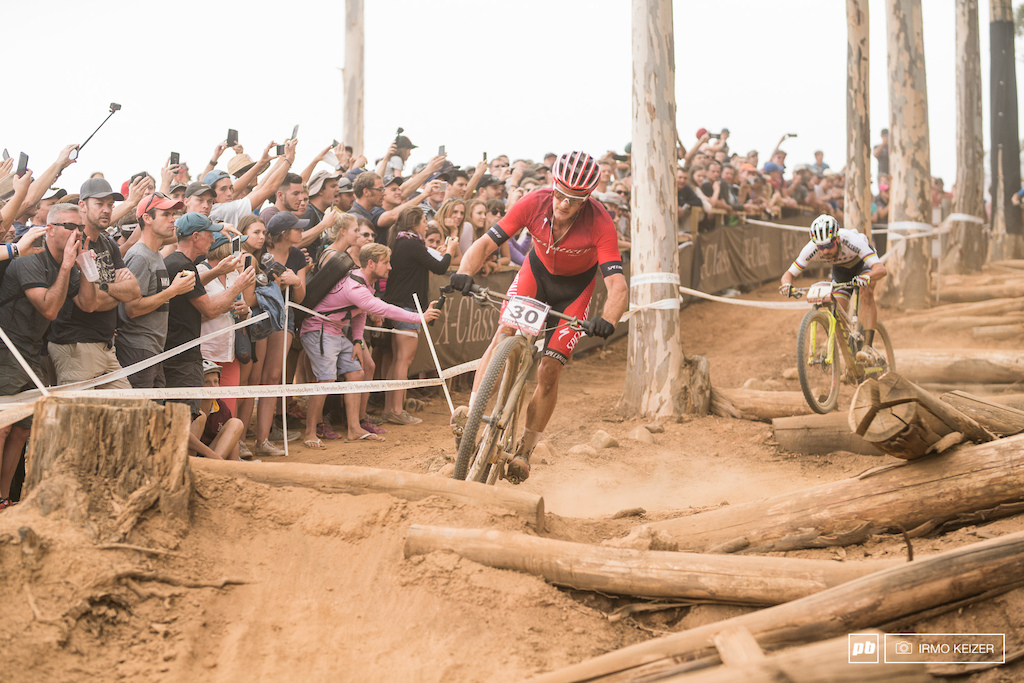 So, what's next for Gaze? Well, the rumours we've seen on European road cycling news websites seem to indicate he will be joining Mathieu Van Der Poel on the Corendon Circus team, with claims that he has already been spotted at their team training camp in Benicassim. We'll update you with official news when we receive it.

headshot (Dec 11, 2019 at 4:13)
Gaze has shown himself to be mentally and physically fragile and with temperament issues. I think Spez are breathing a sigh of relief.

thehappyhucker (Dec 11, 2019 at 7:11)
Specialized has a habit of placing a lot of pressure on young riders who post good results or have a breakout performance. This can be detrimental to that riders future performance. Imagine what they were thinking when Gaze beat Schurter head-to-head at the first WC round and was the WC leader...

TheBearDen (Dec 11, 2019 at 8:45)
@aps62: He's not far off. A friend of mine who works for the big S who's name for today will be aaaah "STEVE" has commented before about how Specialized doesn't enjoy "entitled" athletes. Even if the athlete is successful Specialized will part ways just cause they cant be bothered. The can be either not re-uping a contract , just plain dropping them or telling that athlete they wont pay them the amount they want.

One who recently left specialized to join Scott bikes was a prime example. Yes, thats right, looks are deceiving at times.

sjg20 (Dec 11, 2019 at 12:04)
@TheBearDen: I think your mate "Steve" ain't in on the whole picture haha. People in all careers change jobs and even directions if they so choose, no difference in pro sports and doesn't always mean dramas.

pargolf8 (Dec 11, 2019 at 15:29)
@aps62: getting pretty defensive bud. Sam, is that you? I watched an interview with him about the whole anton caron thing. I personally think sam acts like his shit doesn’t stink. Bu i bet you it does

danlovesbikes (Dec 13, 2019 at 3:39)
@thehappyhucker: you mean a sponsor expects results from the athletes they're paying and and training? Incredible.

thehappyhucker (Dec 13, 2019 at 8:09)
@danlovesbikes: no, there are reasonable expectations and there are unreasonable ones. Pressuring a rider who has a good result to sign a contract for low pay with a bonus structure built around unreasonably high results can have extremely bad outcomes for riders who are on the verge of consistent high performance. Not saying that's what happened here, but it is something that I know has been done by Specialized in the past.

Flyingdinosaurhunter (Dec 11, 2019 at 2:26)
Wow, Corendon Circus seems to pump a lot of money into XC and road, given that they are a Pro Conti Team from CX and I don't even know remotely what their sponsors do.

heinous (Dec 11, 2019 at 4:02)
The CX team deals are very different to what you expect. The way they are funded and support given to athletes is not at all what you’d think.

Flyingdinosaurhunter (Dec 11, 2019 at 6:13)
@heinous: Yeah, that's kind of my point: I know what even a sub-top-level road operation costs per year. It sure aint cheap! Even if CX and XC are much cheaper: They run basically three teams all year round!

heinous (Dec 12, 2019 at 14:31)
@74tenomresc: Sure. Look at a lot of the juniors on the Belgian / Ned CX teams. The main costs (bikes, campers, staff) aren't covered directly by the teams except for a few rare circumstances. Mostly they have to bring sponsors to the team or cover them themselves.

heinous (Dec 13, 2019 at 3:01)
@ak-77: Correndon don’t own the team, they sponsor it. last year correndon riders excluding a couple had to pay for carbon rims cracked racing, or pay for repairs.

ak-77 (Dec 13, 2019 at 13:16)
@heinous: I didn't say they owned the team. @Flyingdinosaurhunter was saying they are pumping a lot of money into cycling, and I meant to imply that the total budget of the company is big, since they need to buy airplanes which are very expensive, so compared to that the cost of sponsoring a cycling team is pretty small. Also because the costs outside of rider wages are low. What you say about riders having to pay for cracked rims actually makes the same point I was trying to make with saying the bikes are sponsored. If Corendon would have to pay full msrp for every piece of equipment used by all their teams they would have to increase the budget or lower the number of sponsored teams.

heinous (Dec 14, 2019 at 2:00)
@ak-77: you said equipment was cheap compared to planes. Then you said it’s too expensive to replace. This illustrates more that you don’t understand team budgets than anything else.

ak-77 (Dec 14, 2019 at 4:19)
@heinous: ?? Why do you react, for the second time, so aggressively to things I did not say or imply? I said that if the team would have to pay full msrp for all of the equipment, they would have to increase the budget. Given that their annual turnover is around 700 million, and they are not the only sponsor, I think Corendon could afford that increase IF they would want to. What they want yo do is something different of course, especially since the takeover by Sunweb.

trails801 (Dec 11, 2019 at 7:21)
What ever the inner circle workings are... who cares? Best of Luck to Sam and I hope you have a great season and show-em with your riding! PB comments are like msnbc -all drama. Ride the bike and smile.

thelibatteryguy (Dec 11, 2019 at 8:27)
i am pretty sure he is joining quickstep. he posted on his gram about this a few months back and he is already on their roster on the website

chri92 (Dec 11, 2019 at 23:31)
@streetkvnt-kvlt: And in a couple of months, when he might win an olympic medal, he'll be New Zealand's darling again and everyone's favourite athlete.

Artikay13 (Dec 11, 2019 at 18:53)
I think this is the first comment section on an article to do with Specialized and their athletes where people are on the side of the big S

gotohe11carolina (Dec 11, 2019 at 3:44)
Spesh has lost two of the sports up and coming (young) riders in successive years. Yeesh, hate to be in that office this morning.

drjonnywonderboy (Dec 11, 2019 at 4:20)
Do you mean Specialized, who sponsor Loic Bruni and Peter Sagan? I doubt they are worried.

fpvteg (Dec 11, 2019 at 5:35)
@drjonnywonderboy: Neither of which are in XC. They lost Sam Gaze and Kate Courtney in consecutive years.

headshot (Dec 12, 2019 at 2:23)
@fpvteg: Gaze took himself out of contention falling on his head in the Cape Epic. That was the end of his entire 2019 year. How long do people usually take off for a concussion?

Augustus-G (Dec 12, 2019 at 13:28)
@headshot: Depends on the severity, some people never recover fully recover.
It can really degrade a person physically and mentally for the rest of their days.
From what I saw of his helmet it was a pretty nasty knock. We'll just have to wait-n-see.

As for his behavior, I think he did quite a lot of growing up in his 5 years with the Big S.
From beginning to end there was a marked change in the way he handled himself.
I think he was really embarrassed by his own behavior at the Commonwealth Games.
He seem to have learned a lesson from that middle finger outburst.

weeksy59 (Dec 11, 2019 at 2:58)
the team announced that Corendon Airlines, a Turkish-Dutch airline company, and Circus, a Belgian betting company had signed three-year sponsorship deals. Circus, who also sponsor the UCI Continental team, ERA–Circus announced they would continue to do so until the end of the cyclo-cross season in March

veres12345 (Dec 11, 2019 at 4:28)
Simply putting "Airlines" under Corendon on the riders jerseys would probably be a huge boost to their business from both the riders and fans!