One to Watch - Sam Maddison

Join Pinkbike  Login
At only 16 years of age and bursting with talent, Sam Maddison is now signed up with the Team Mountain high/Orange, with high hopes of making his presence known on the UK Downhill scene this year. Get a glimpse of Sam and his bike in a very rare still opportunity.

Check out his new ride, pics and video inside... 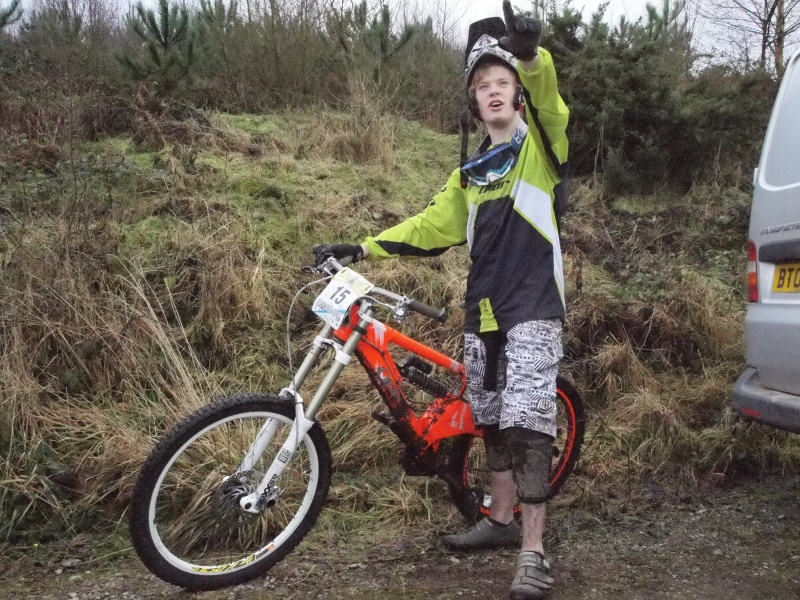 Worst ever moment in 2009 - Breaking my wrist at Cearsws on Saturday's practice on my first run.

Favourite place to ride - Forest of Dean on the unofficial trails.

Who do you most enjoy riding with - Joe Isaacs

Most embarrassing moment racing - Falling off my bike and it was caught on camera and repeated in a video more than 5 times!

Riders that inspire you - Aaron Neumann, the man that inspired me to try out for Borderline events.

Best result in 2009 - Winning the long jump comp at Moelfre.

Hopes for 2010 - To have my name noticed more in the racing scene and to get in the top 10 in junior races.

People you want to thank - Aaron Neumann for inspiring me to get into the racing world, and my parents for funding me for everything I've done. And the racers guild for helping me improve through their regular 'Timed Practices'. 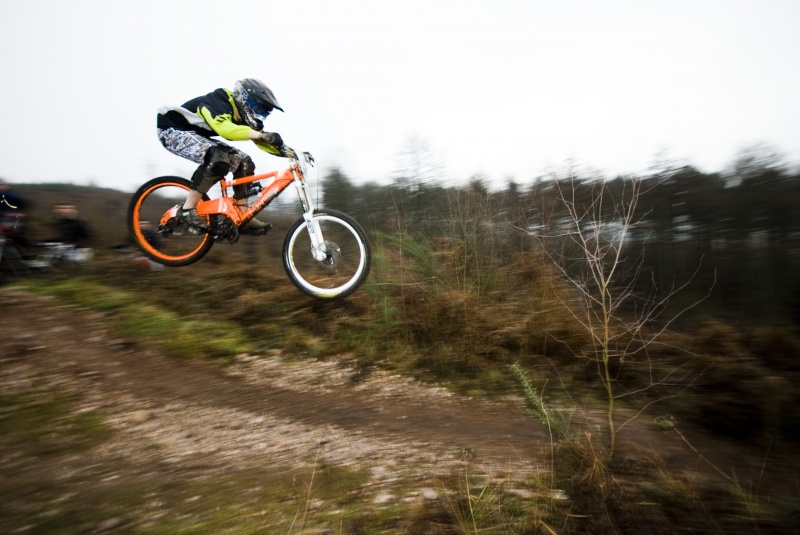 Sam airing his way into 3rd place on his first ever ride and race of his 224
Describe your new bike and your first thoughts on it - Bright! Well it's fluorescent orange, so I stand out big time! The new 2010 boxxers work beaut with the head angle on the Orange 224 and the plush rear shox allows you too float through the air with perfection! It feels great and I look forward to my season on it! 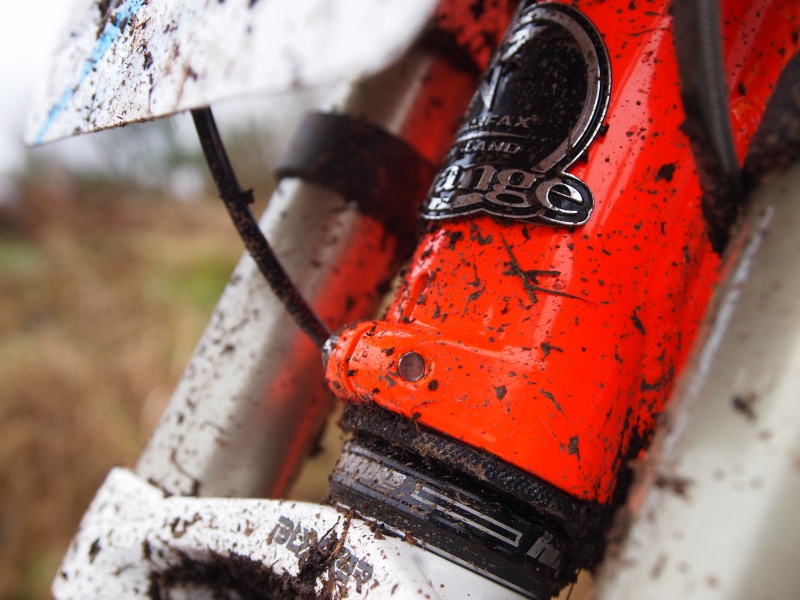 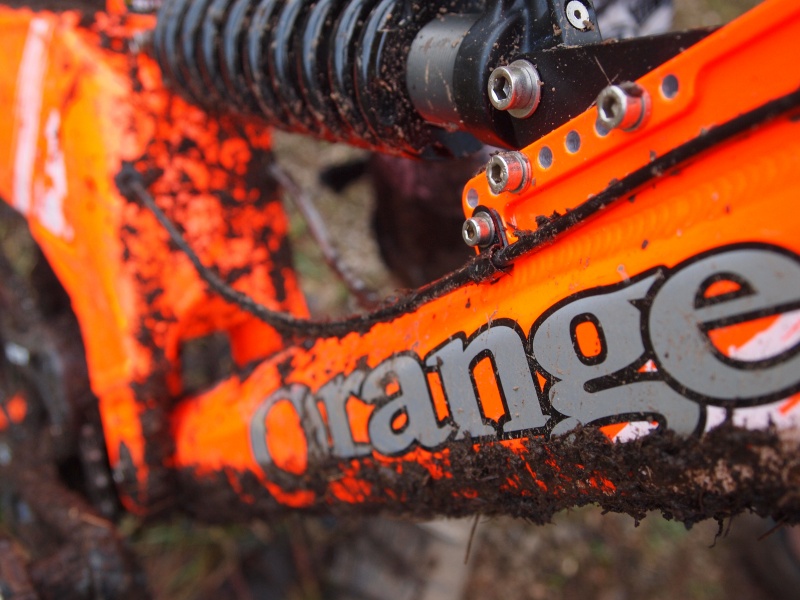 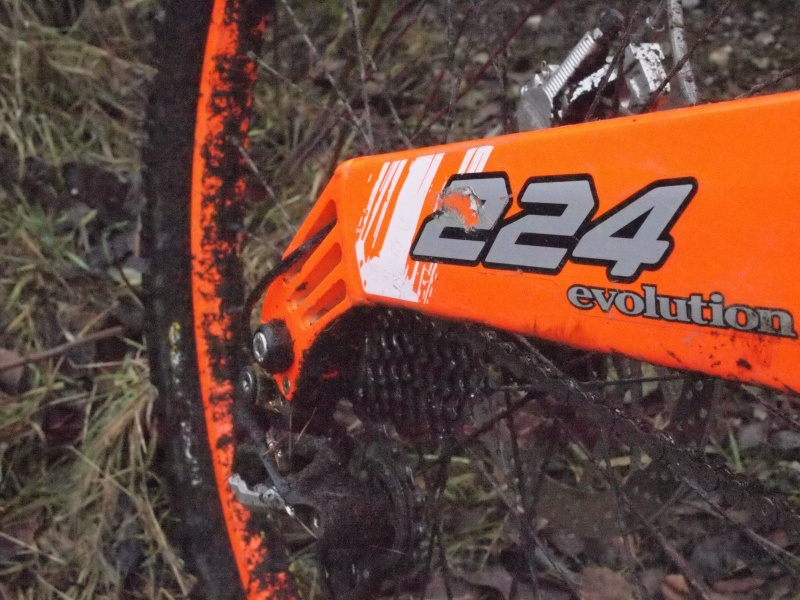 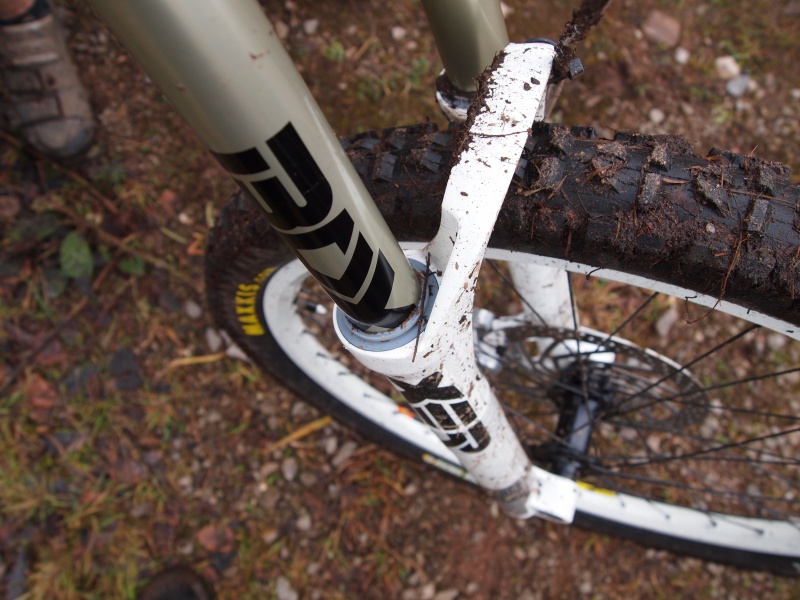 Orange 224
What first grabbed me with Sam was his pictures and results from the 2009 Moelfre Borderline race and the fact he won the long jump comp! He looks really comfortable on a bike whatever he is doing and it's a pleasure to help a rider like Sam with their first ride! A great guy on the team who is committed and enthusiastic - Micheal Marsden (Team Manager)

SmellyHarry (Feb 8, 2010 at 10:39)
Watch out for Sam this year, the kid is scary fast. Total shredder, doesn't seem to have any fear and will just hit stuff at warp speed until he gets it clean. On that bike you will find it hard to miss him!

Keep up the good work young man. Keep it fun!

jumble (Jan 28, 2010 at 6:19)
Cheers dude - was my first go at photography - my still shots are ok but I need to work on action shots - Luckily my mate Jon snapped him good on the step down!! He has a bright future and im sure you will see him (or his crazy colored bike!)!

charleyboy14 (Feb 2, 2010 at 14:14)
i think it was him i seen at the winter round and to be frank that paint job with diff color wheels and shiz is gash as an understatement

bunkey (Feb 8, 2010 at 10:18)
He looks pretty quick, could maybe do with growing a little though - Not really big enough to muscle the bike around yet watching that vid.

bunkey (Feb 8, 2010 at 11:25)
He just looks small on the bike in that wee vid, especially when he's pedalling and humping it over the jumps. Ive no doubt he's quick like.

jumble (Feb 8, 2010 at 10:33)
this "kid" aint slow! I promise if you see him ride you would be well impressed - try and remember this wah his first day on the bike and when you film a rider, its very difficult with a short amount of time to get alot of decent fotage at full speed.

TeamBoon (Feb 9, 2010 at 8:23)
The track we used was very loamy and damp which did not help with the speed
Post a Comment