Join Pinkbike  Login
Aye it's Heaven! That is the answer I got from Ross when I asked him what the track was called that we were riding just outside Santa Cruz.

I still don't know what the trails were called but here is how it went down....I got picked up from Marina at around noon by Ross, Jev, Muffin and Ozzie and we made for Santa Cruz. The plan was to rendezvous with yet another Irishman, Owen, from San Fransisco and drop the Muffin at the bike skate park downtown and then hit the shuttle trails just outside Santa Cruz.

We started out on a mellow trail but the corners and flow were unbelievable, pretty much a racer's dream. One thing about the Irish boys, they like to session the corners, I have ridden with lots of guys who like to session jumps, skinnies, drops, hips, but today it was all about the corners. I thought the fact that they left their Sea Otter number plates on their bikes made them look especially fast. 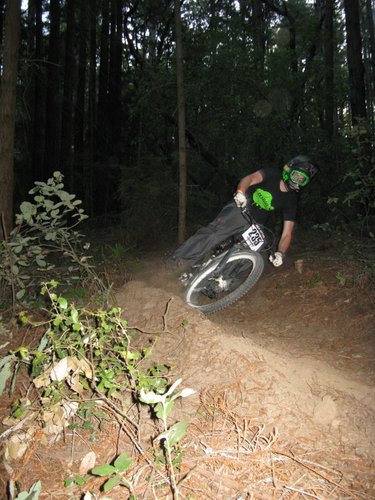 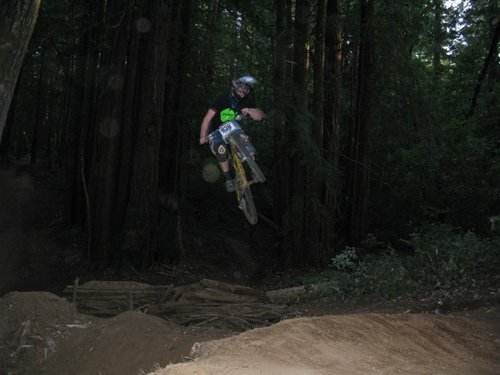 Half way through the shuttle frenzy we got a little peckish so hit the nearest Taqueria, down here in the south Taquerias are like Tim Hortons in Canada, there's pretty much one on every corner. I split a taco salad with Ross, taco salad pretty much means beef, beans, sour cream and rice with a light dusting of lettuce on top, yum!


Then it was back to the track, I sent the boys on a mission to get some sweet shots of their amazing cornering skills while I drove the truck down and dealt with the 60 year old lady who flipped us the bird in her gardening gloves on the drive up, scary. The boys produced some sick shots and we were off to pick up Muffin, hit some surf shops and call 'er a day.


Sea Otter has been a blast so far but I have to say that Santa Cruz shouldn't be missed if you are here. Rip it up! 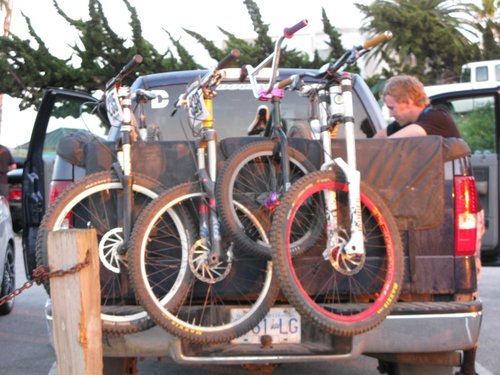 riderfromsantacruz (Apr 21, 2008 at 13:06)
Thats Z's at ucsc, was riding there the day before you all showed up. And taqueria vallarta is the shit