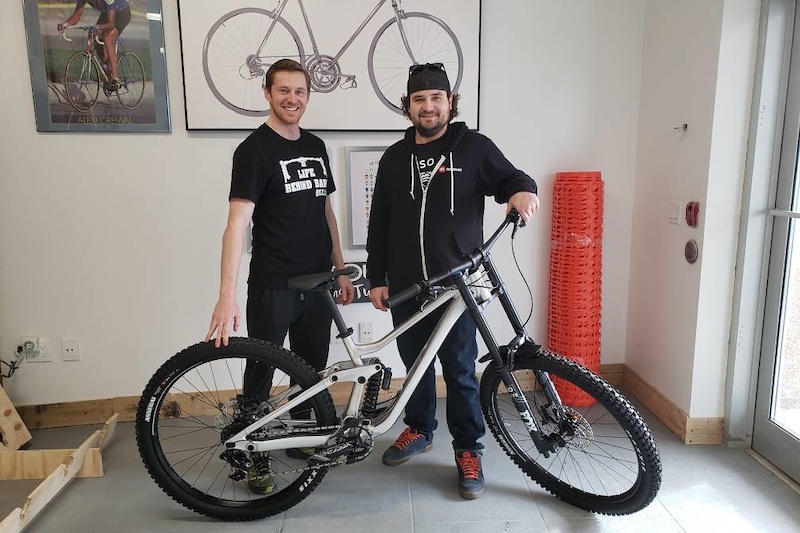 It all started with a bit of a joke...

It's important to stress that bike companies pay attention to comments, forums, opinions etc. Sometimes, they're fantastic, other times, they're a bit hard to swallow!

So, when the review of our 2020 Gambler Tuned came out, we thought it would be fun to hijack the seemingly most popular comment of all time, "Looks like a REDACTED"

Wouldn't you know, it worked. It ended up being the 11th most upvoted comment of the decade on Pinkbike so we said to ourselves, "You know what, we should do it. We should give away a bike, just for fun."

So we reached out to team PB, and asked if they would be so kind as to generate a list of all users who "participated" in our "giveaway." We then randomly selected a name from that list, and this is what followed...

..which led to the perfect response, typo included for effect.

@pearlwham as it turns out, is one Ben Jones from Toronto. He was stoked. Here is a photo of him with his new DH rig! 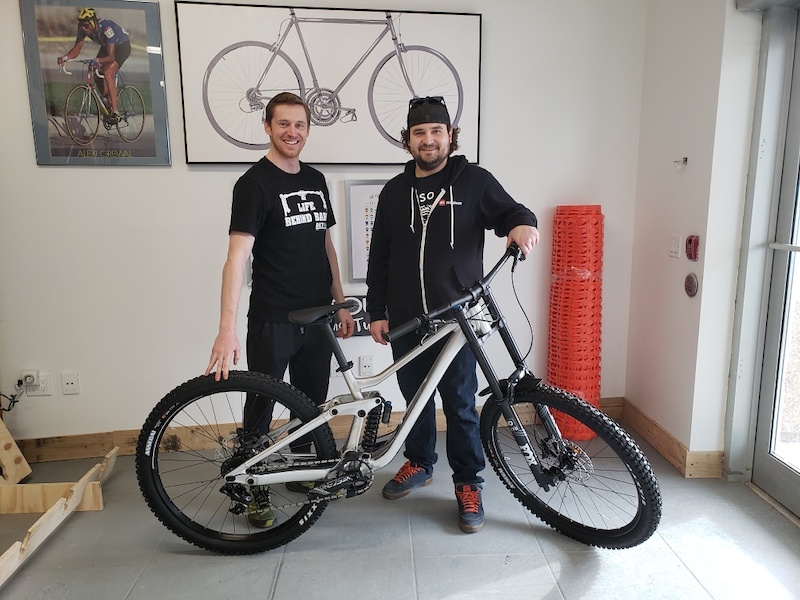 I guess it all started with 'it looks like a session' eh? To be honest, after typing it out I didn't think a few months later I'd have a Gambler in my hands (I mean I don't even work for Pinkbike after all!). Although I'm pretty sure it was a joke to start off with, thanks for following through!
-Ben

Many thanks to our folks at Mica Sport in Canada, and to Detour Bikes for getting Ben sorted with his all-new Gambler.

Pix6z (Mar 20, 2020 at 9:04)
SCOTT won the internet on December 11, and did it again today. Nicely played guys, great to see companies taking their community seriously!

WAKIdesigns (Mar 20, 2020 at 9:17)
I will clap to this. Trolls, like any other sexual minority need love and understanding too.

scott-townes (Mar 20, 2020 at 11:28)
Are they certain they gave him a Gambler because that looks awfully similar to a Session.

We will see who makes the best session.

Consider this the gauntlet thrown down (-:

pearlwham (Mar 20, 2020 at 9:25)
Just wanna say thanks to Julian from Scott again. Thos all took me off guard when it all went down. Looking forward getting out on the dirt with this bad boy!

nfontanella (Mar 20, 2020 at 11:56)
The article says that they gave him a gambler but there's clearly a man holding a session in the pictures

freestyIAM (Mar 20, 2020 at 13:51)
@bishopsmike: totally. My prev impression of scott was mehh. In a sea of bikes that look like sessions this is what differentiates a company.

@SCOTT-Sports, you owe the guy(s)/gal(s) who maintain this PB account and took this to the next level a bonus.

DangerDavez (Mar 21, 2020 at 7:46)
@bishopsmike: They're really great bikes imo. Demoed a bunch of bikes including the Genius and settled on a Spark. Genius would have been my choice were I looking for a bit more travel.

landscapeben (Mar 20, 2020 at 10:00)
@owlie: That's a good question actually, @WAKIdesigns...considering that you are this communities loudest mouth (read most prolific commenter), have you ever won anything for your efforts?

SacAssassin (Mar 20, 2020 at 10:37)
@landscapeben: He has to have the most downvotes. That should at least be good for the broken slayer frame from last years bike test.

dkidd (Mar 20, 2020 at 9:07)
In a cruel twist, the bike was delivered literally dripping with Coronavirus, killing Ben instantly the moment he looked at it.
In the morbid hush that followed, a faint voice could be heard from the shadows,
"Call my bike a Session, will ya?"

gotohe11carolina (Mar 20, 2020 at 9:46)
I’m guessing evil isn’t gonna send me a following after saying it looks like a diamondback.

(Please give me a bike)

(I'll take the base model, SC. I don't mind buying a dropper post)

voltagerider (Mar 21, 2020 at 6:15)
@SCOTT-Sports Believe it or not Im actually the founder of the "looks like a session" comment back in 2011 when a new version of the norco aurum came out LoL. P.S. I was riding a scott voltage fr10 back then freakin awesome bike! So can I have a new Scott too?! Cheers ????

LaurensVR (Mar 20, 2020 at 10:29)
So awesome! I'm happy I bought one from a company that wastes part of my purchase amount on this sort of bs. For real, I'm not even sarcastic this time

Mine will arrive around 20/5, hopefully outdoors is open by then..

savagelake (Mar 20, 2020 at 21:39)
looks like someone is just going thru and neg'ing everyone. isolation syndrome.

mudmandhbrazil (Mar 20, 2020 at 9:45)
Congrats @pearlwham beautiful bike and Scott for the give away.
One only question: you are going to use or sell it?

FlounderPounder (Mar 20, 2020 at 15:41)
I own a Trek... and these new Gamblers, especially the raw aluminum one is drool worthy to me. Such a good looking bike!

nojzilla (Mar 24, 2020 at 22:03)
@Richyy86: yeah man, after what seemed like the wettest winter we've ever had I was all ready for a sweet spring/summer. Bikes just gathering dust now. For 3 weeks anyway. What's the situ over there

Richyy86 (Mar 24, 2020 at 22:18)
@nojzilla: Pretty good man, not much rain and temps in the double digits, great early season riding. Just can't get too rowdy on the trails and wind up in the hospital with the virus.

Richyy86 (Mar 25, 2020 at 22:33)
@turtle17: Lol I know dude, I lived in Toronto for five years, and its not a real mountain, def the nicest place to board, and kind of a pain to travel that much for the love of riding for mountain bikes. Here in Squamish, I drive 10 min for world class trail. If I won a sweet prize bike for being dumb like B.J. I'd seriously trade that sucker for a full suss trail or xc machine and tear up the Don Valley trails. This isolation shis has got me stir crazy and I need to just go and ride some bikes.

However I already have a Remedy for the don and Kelso and whatnot. The gambler isn't optimal for my situation but it will definitely help when I make trips out to MSA and Killinton.

Richyy86 (Mar 27, 2020 at 17:09)
@pearlwham: I never had the opportunity to ride there before I moved, but it's nice to have options & a weapon of choice that's perfect for the job. I'm happy to hear you have plans to shred that sweet new ride. One problem I had living in Toronto was not enough space for all my bikes and my wife's bikes. #firstworldproblems

PrimachTeam (Mar 21, 2020 at 1:33)
While many talented athletes need support, you give out bicycles to forum worms, bravo.