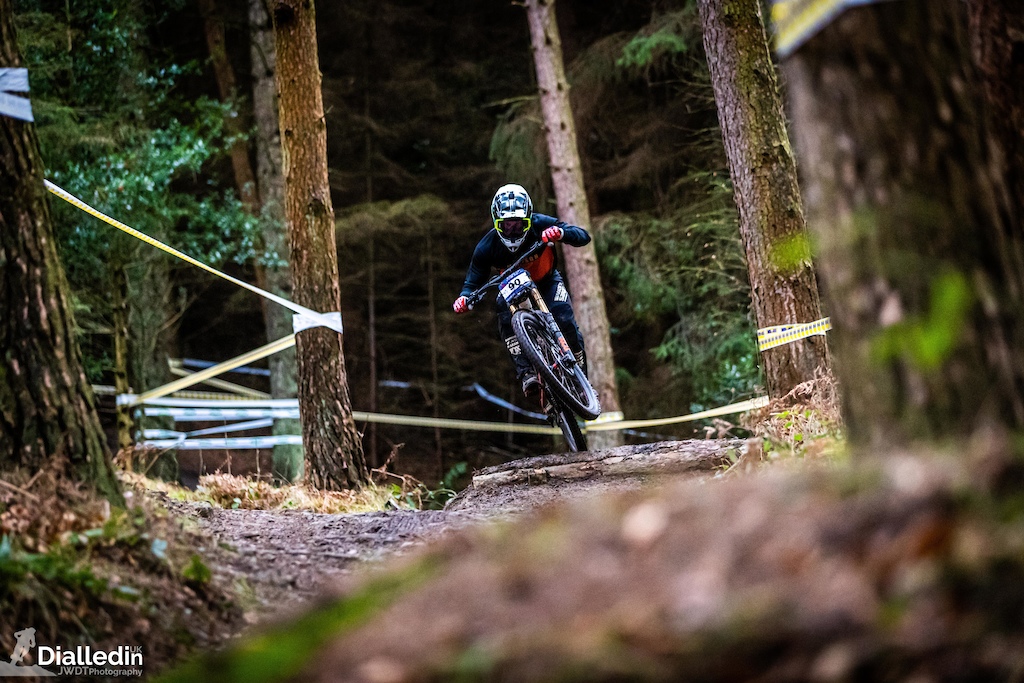 Scott Mears looking lit on his second run of the day
It's been 2 years since the Harts have hosted a one-off race at the Danny Hart's Descend Bike Park, and this year's race brought out some fierce competition. This was a one off race, winner takes all, the crown, the fastest rider at Danny's bike park, a 4 times World Cup UCI winner. Not only did this race attract some other elite riders, but this was one for the local lads to settle the scores and compete with each other. 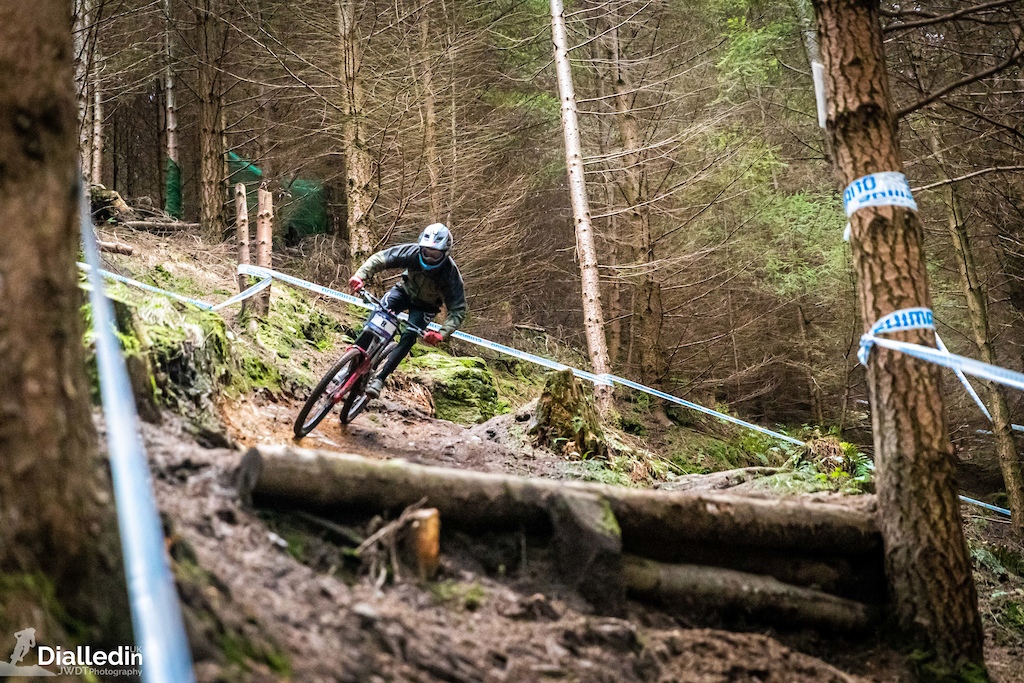 The Black Magic trail was a superb choice for the race
With excellent dry weather the week before the race, the course was fast, but tacky. Paul Hart decided to use the legendary Black Magic trail, possibly one of the most challenging ways down the hill at race speed. Malcolm from Gravity Events and some of his team also helped out with marshals and the official timings. Sue Hart was there, always working hard sorting out the riders. This was one well organised and smoothly run event, that's for sure. 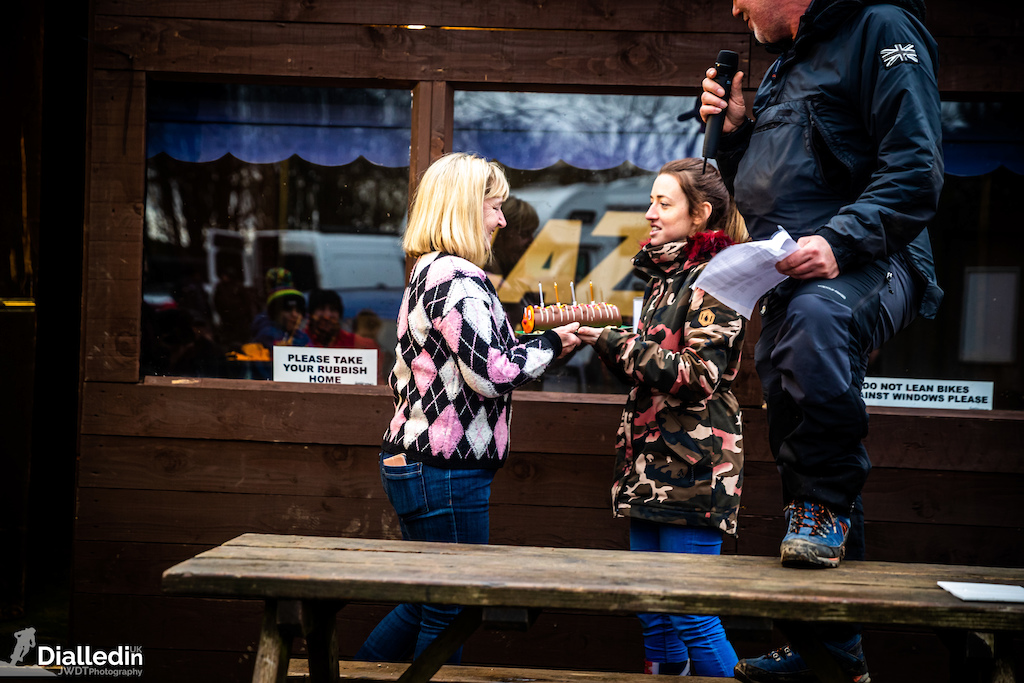 Sue Hart getting ambushed with a Birthday Cake 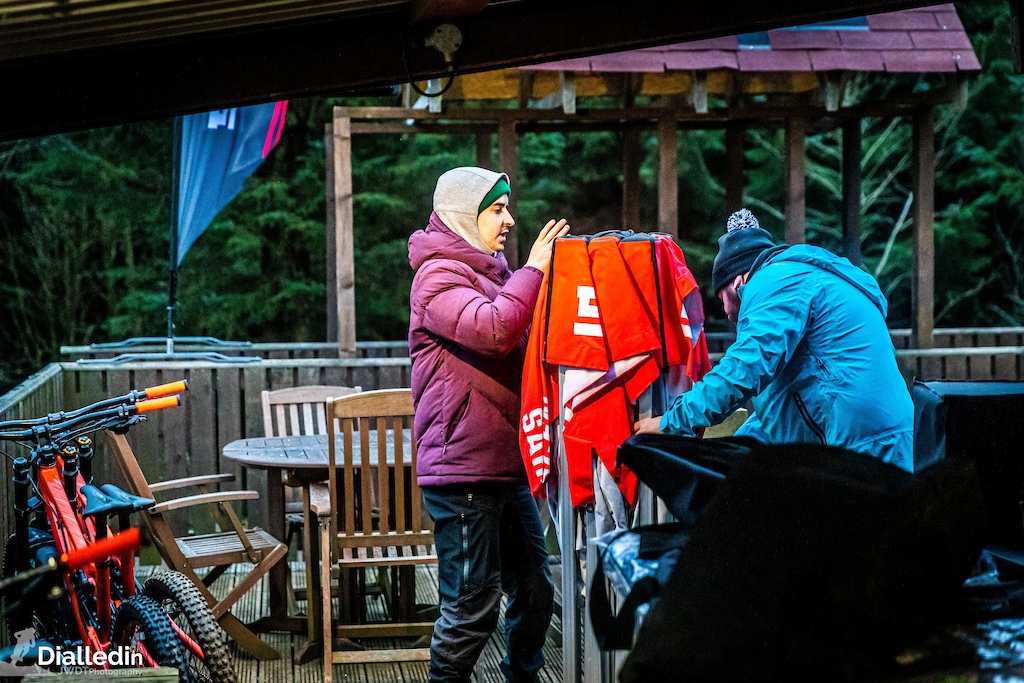 Danny and Joe hard at work setting up the one day event
Black Magic itself starts off with a reasonably flat start, fast and well built with a fully committed gap jump into the trees, with a double step down, that some of the faster lads doubled. Then more jumps, gaps and roots until you cross over a fire road into the dark, steep, rocky, rooty and steep sections. This is where the trail becomes somewhat rowdy. Steep rocky shoots and drops that needs full on focus and commitment, and finally over the final infamous drop into the finish. I'm told by some riders that it was all rollable, with some chicken lines, but even those became sketchy as slight rainfall throughout the day created more greasy trails. 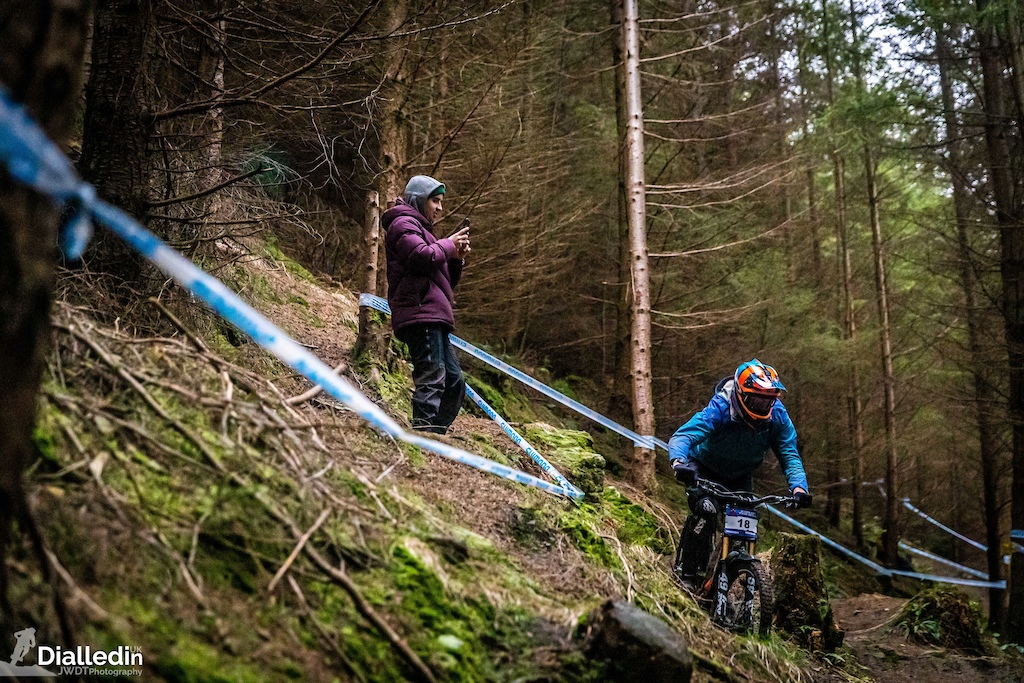 Practicing under the watchful eye of the master himself, Danny Hart 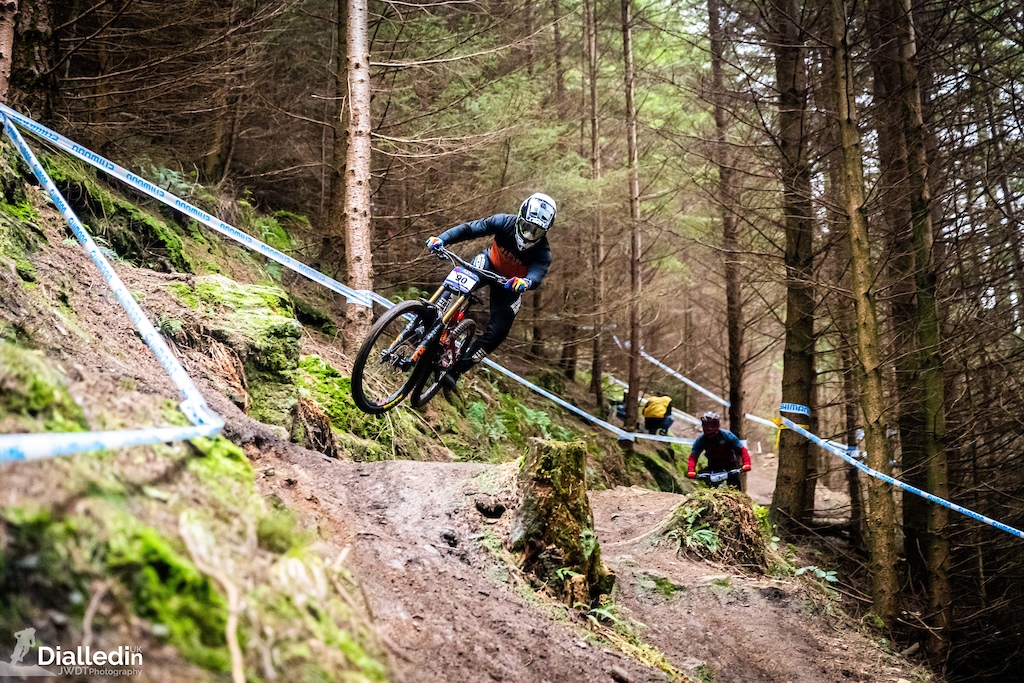 Danny had asked me and Ross the marshal if anyone had gapped this feature. Then along comes Scott
The fastest time of the day and overall winner and elite category winner went to Scotty Mears in an incredible 1:13.330, but holy hell was Ad Brayton breathing down his neck literally coming in at 2nd place and only 0.470s behind. 3rd place was Rob Young in an incredible 1:16.470 and racing on a Santa Cruz Megatower, what a lad! For a full rundown on the results, head over to roots and rain. 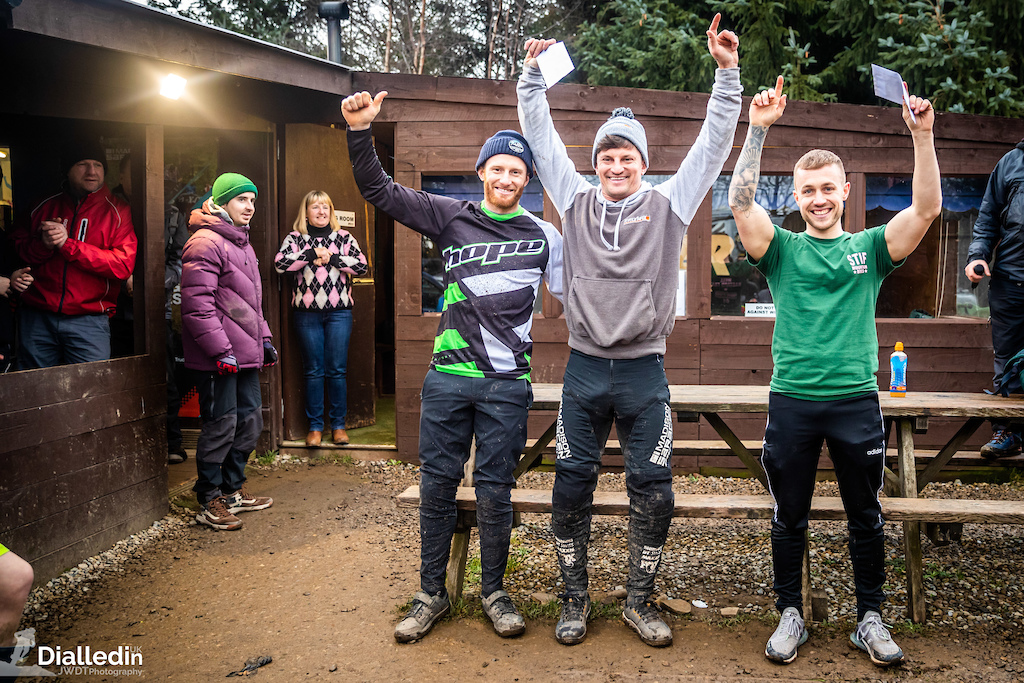 That's some podium! Scott, Ad and Rob
Two women entered the race and the fastest went to Vaska Prostova in 1:55.27 followed by Becky Wareing. It's always great seeing women racing in a very male dominated sport, there was some great camaraderie visible between these 2. It is both interesting and concerning to see the numbers of women racing in the North East diminishing... 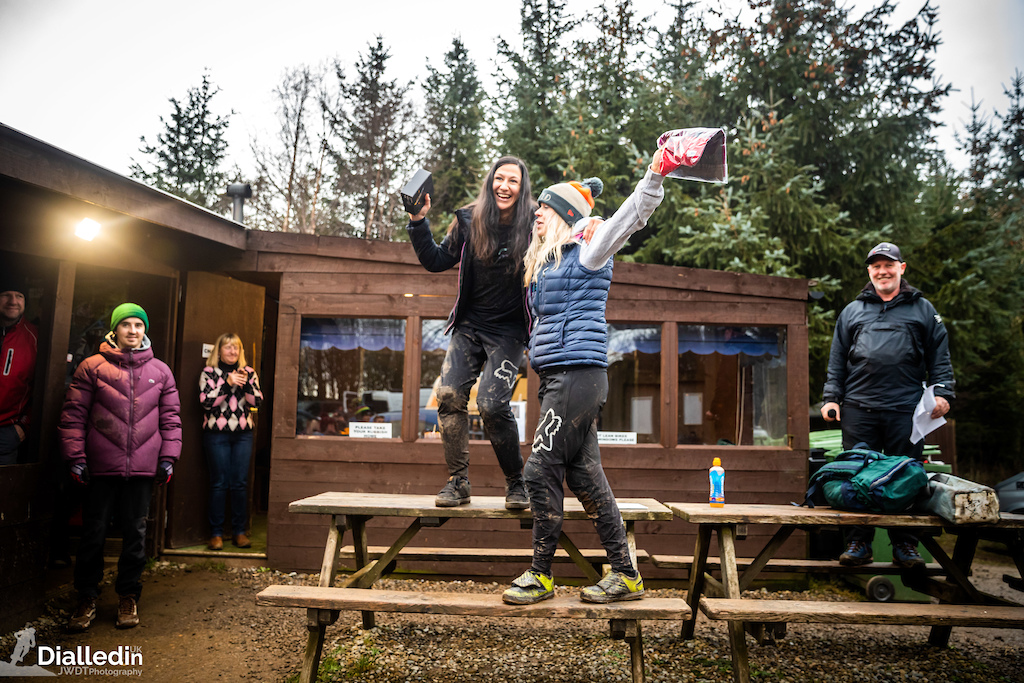 Vaska and Becky well deserved podium place
Next up at Danny Hart's Descend Bike Park will be the Gravity Events Downhill 2020 opener on 12th April 2020. This will be one not to be missed! For more information head over to their website here. 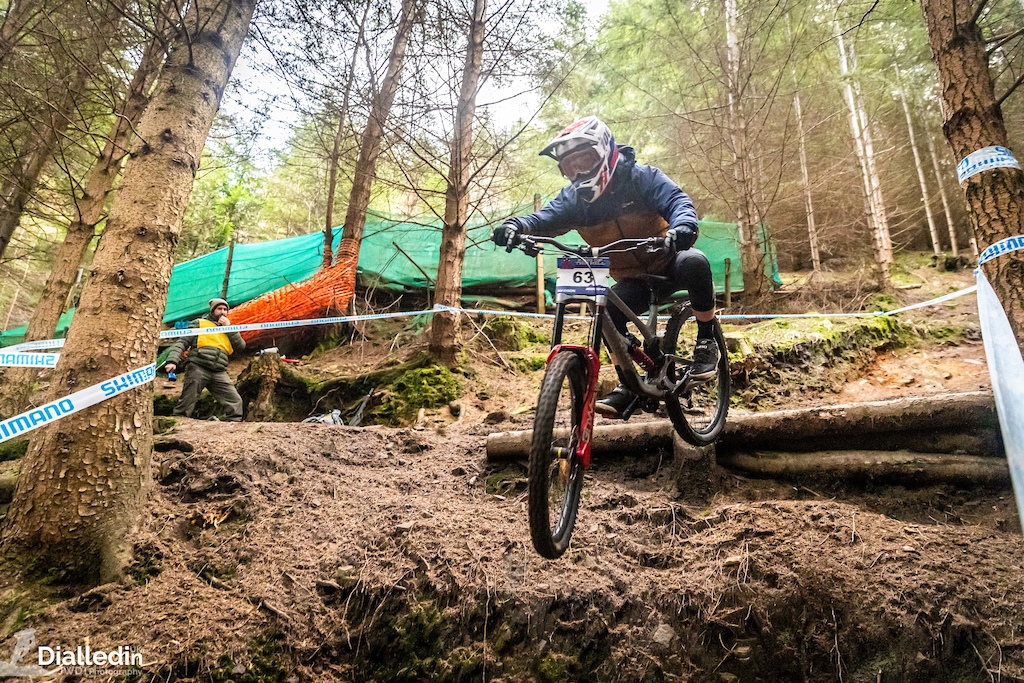 The final Black Magic drop, did not intimidate most riders 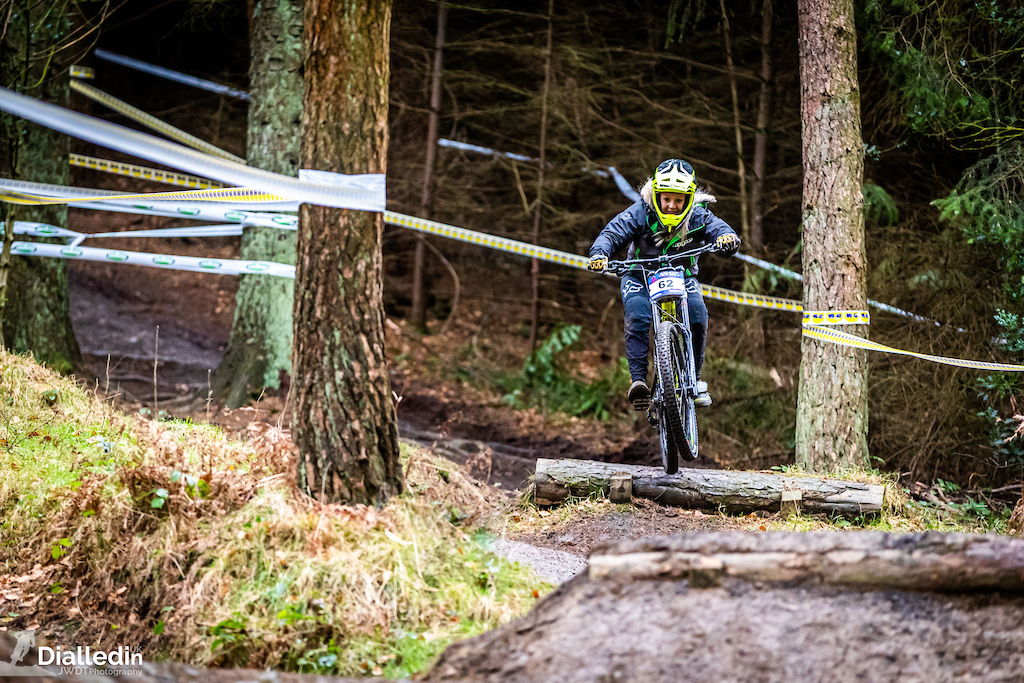 Becky Wareing keeping it low and smooth on her first run
Danny Hart's Descend Bike Park offers incredible all year riding. With some of the North East's best tracks, from beginner to elite style tracks, you can uplift here all day and probably find a different way down the hill all day long. For more information and book the uplift online, head over to the website. Sue Hart and Paul Hart will sure be there to look after you all day long, but book early to save disappointment. One other shout out goes to Joe Cox, he flips an awesome burger at lunchtime, has a plethora of advice about the trails and is just one top guy. 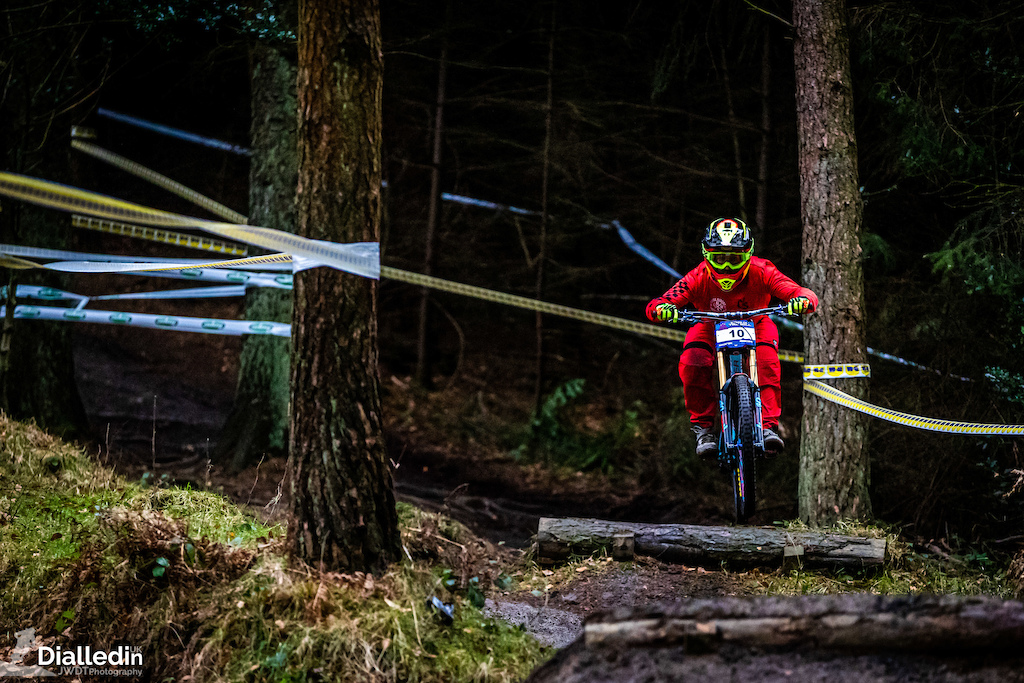 Mark Neal, "From out of the Darkness" 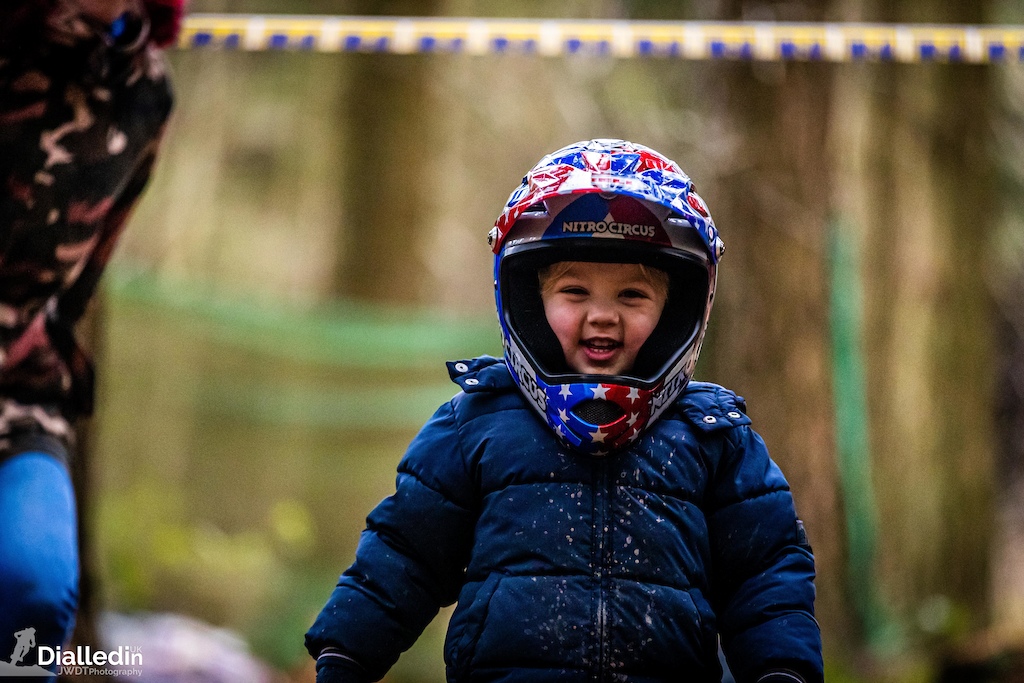 You gotta start them young!

thankfully. you don't want the black magic trying to get intimate with you.

Sorry, but I can't help it, I was educated in the olden days.