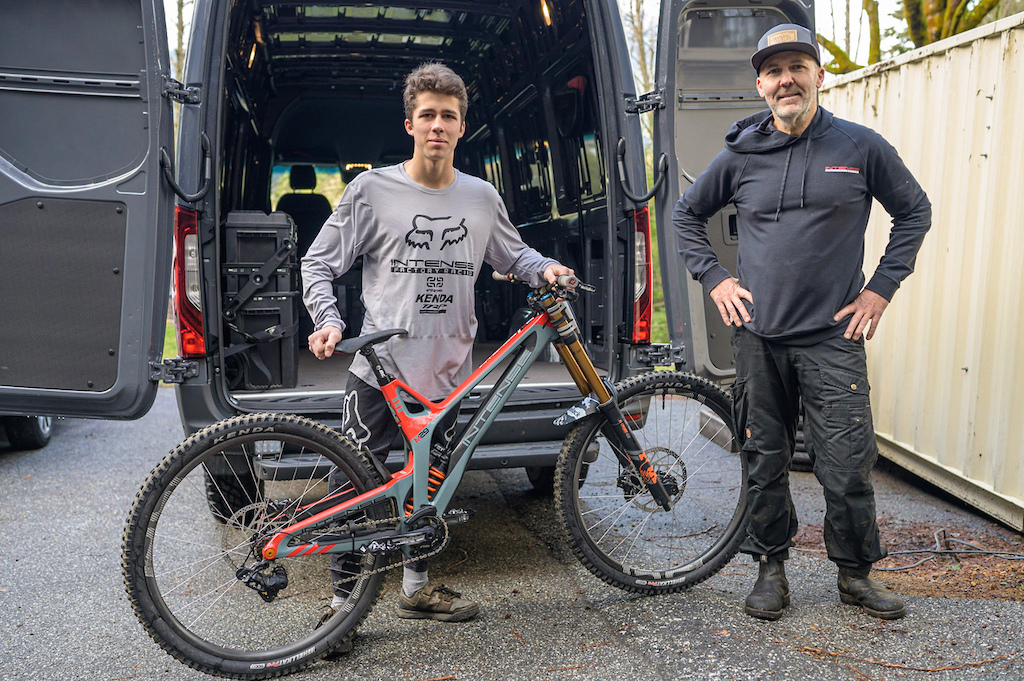 Over the past few years, Seth has been under the guidance of Kovarik Racing, but he has had had a relationship with Intense Cycles since the age of 10. In 2019, Seth landed on the radar with two UCI World Cup Junior podiums, including a win at the Lenzerheide World Cup. In his first World Cup DH season, Seth was able to finish a strong 4th place in the overall standings. For 2020, Seth will enter his second season as a junior with and is hungry for the 2020 World Cup overall Junior title.


The team's full release will come next month after the team camp at the end of January. 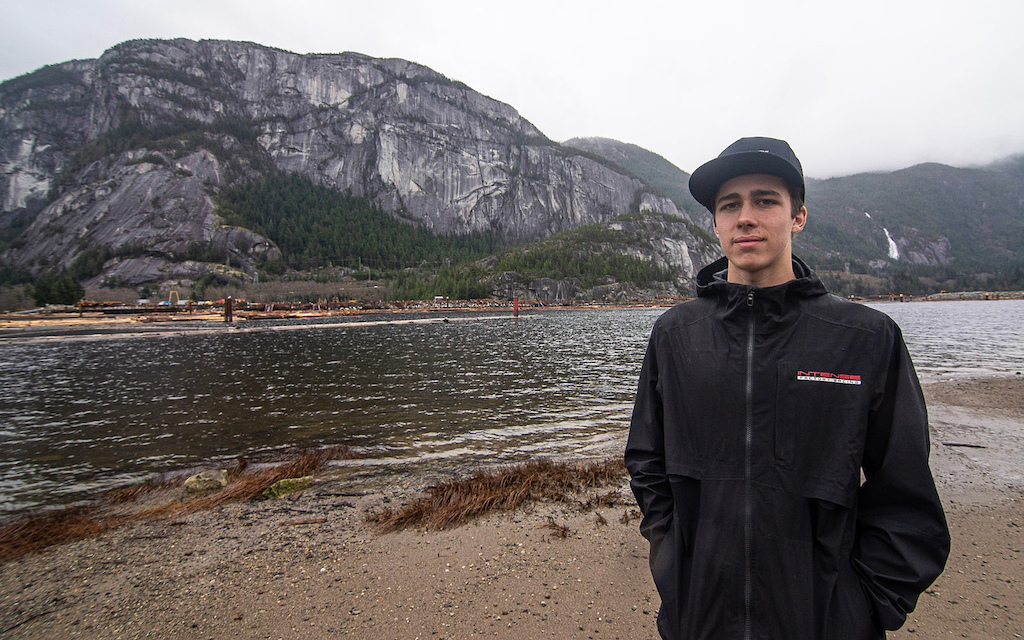 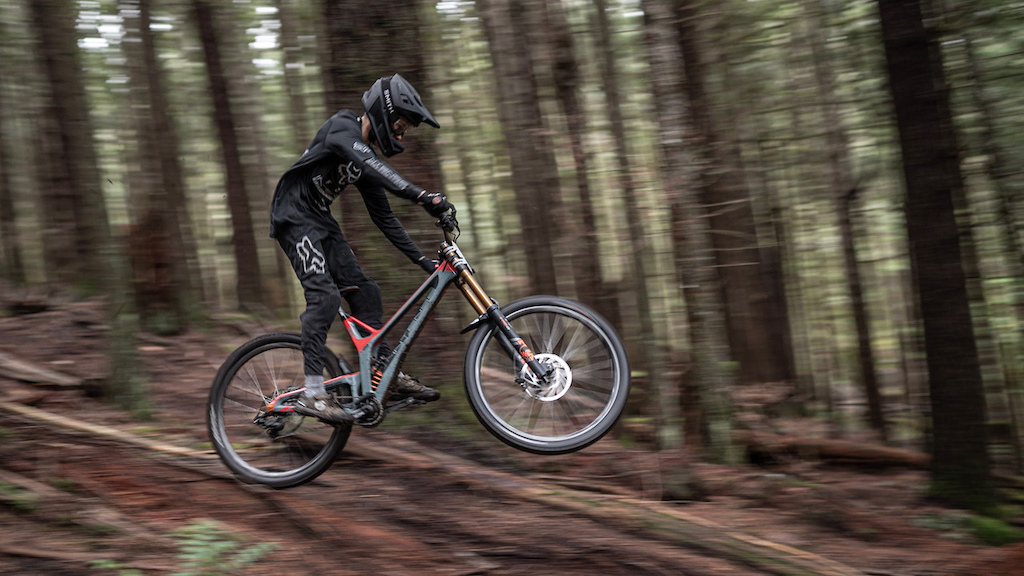 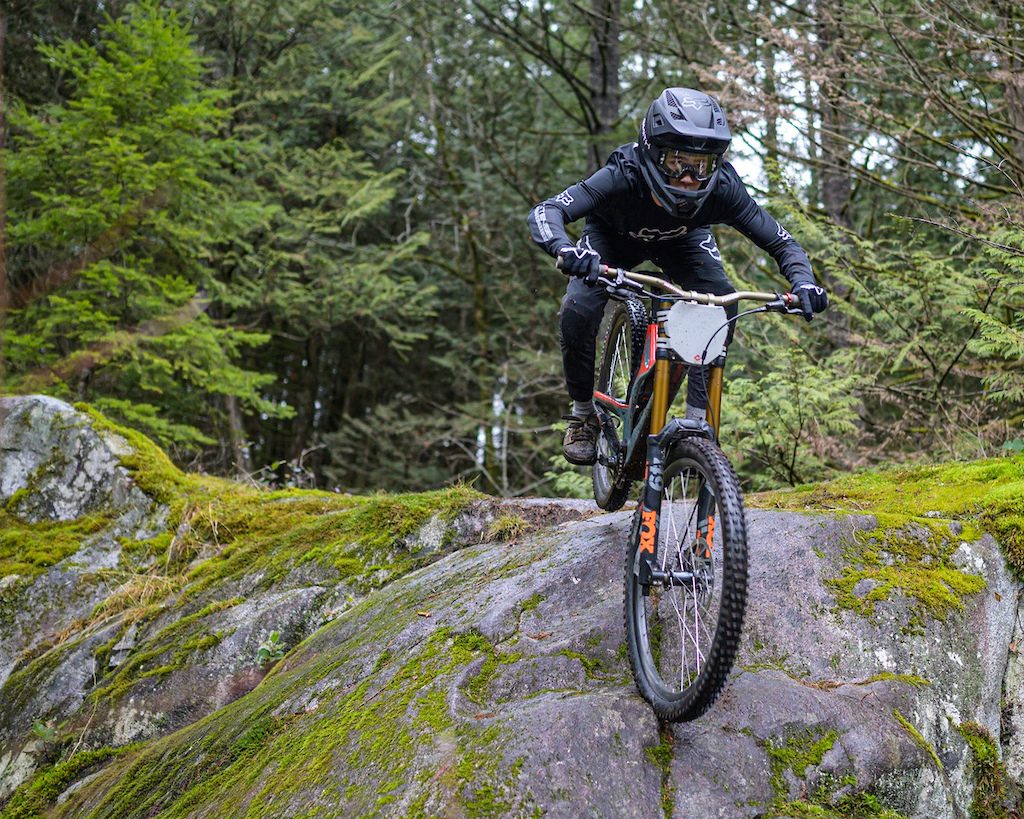 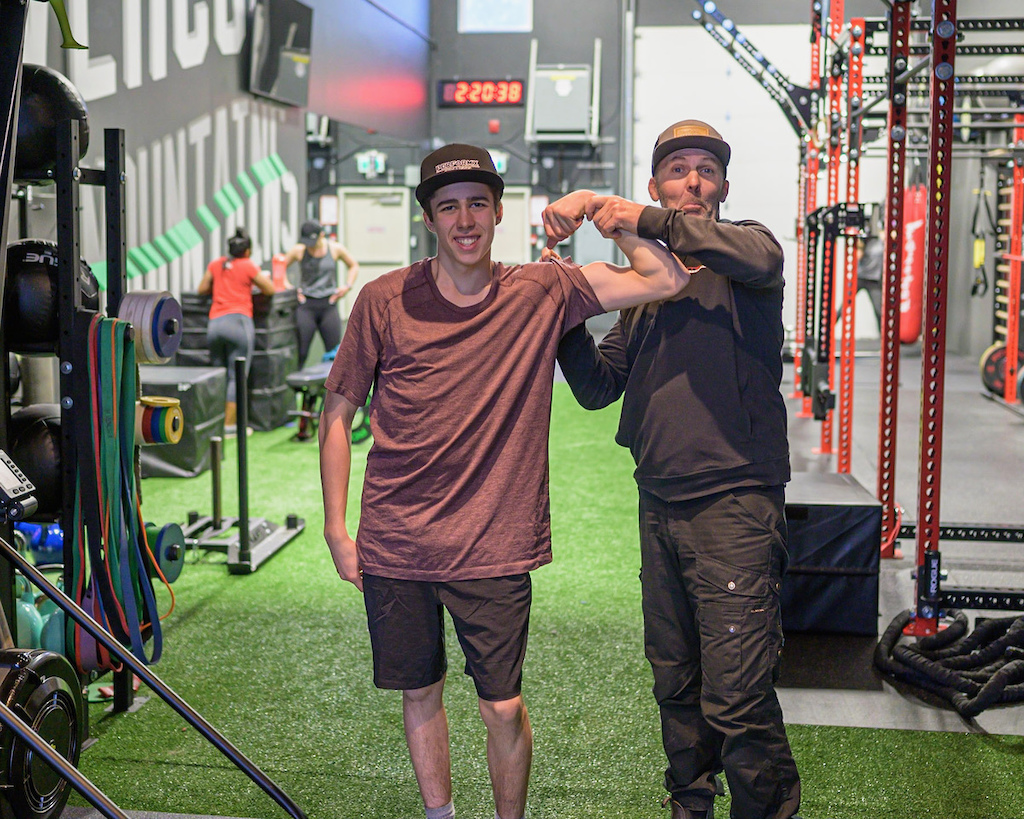 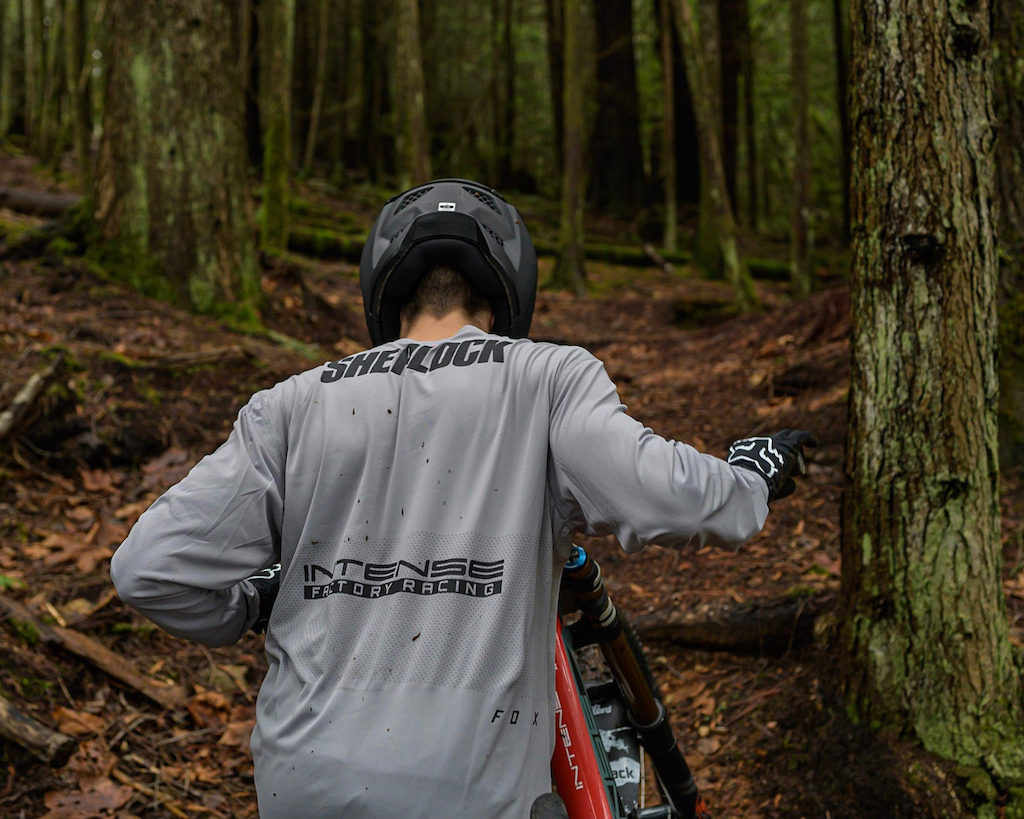 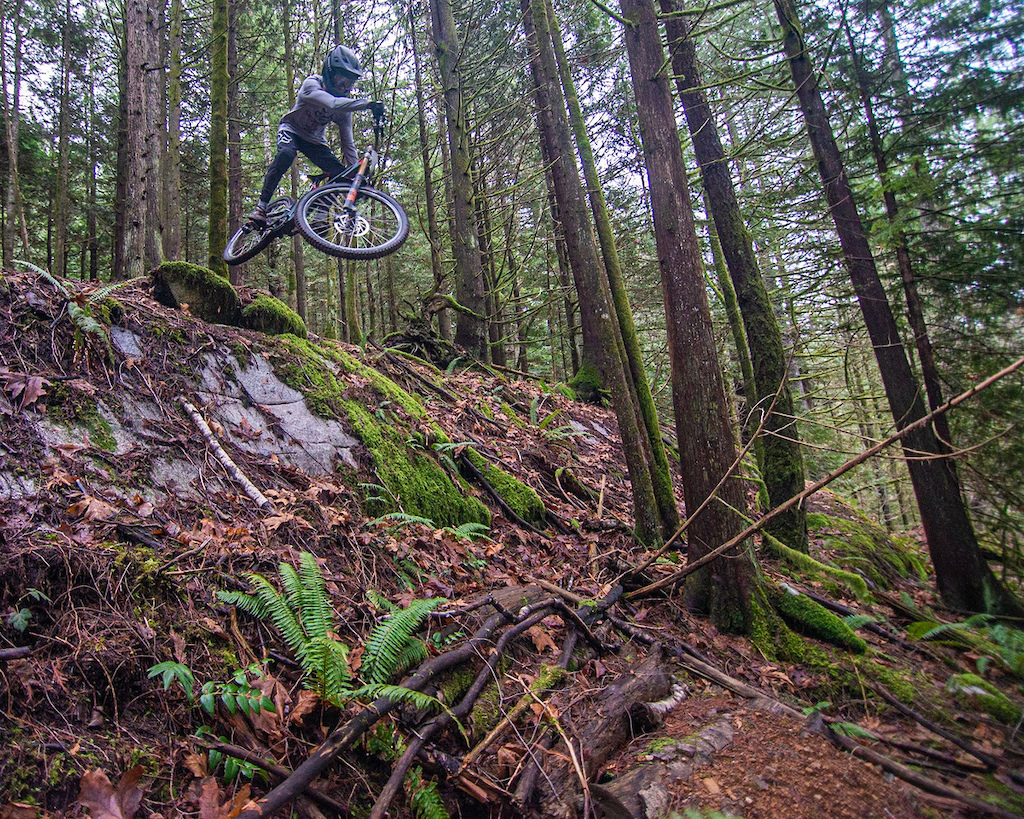 The-Foiling-Optimist (Jan 6, 2020 at 14:44)
I ran into him riding with friends off Garbanzo somewhere. I'm like, "Hey are you Seth Sherlock? (which he likely was having 'Sherlock' on his jersey), Congratulations on winning at Len-zer-Heidi" or something along those lines, which he had done the previous weekend. He was very gracious about it and good to talk to, which isn't necessarily easy when you're a teen talking to weird adults, but it is strong sign of a successful pro-to-be. I am super stoked for him and hope he has a fantastic year. I hadn't realized he was a junior junior this past season so to get two podiums is excellent.

tobiusmaximum (Jan 7, 2020 at 6:35)
pretty sure i remember seeing him, on a video, chatting after a race last year and thinking what a polite, grateful and humble kid he was.

kamsbry (Jan 7, 2020 at 8:42)
Seth, Jackson, Ethan and some of the other BC rippers have been racing our local series in Port Angeles for years. They all seem like really friendly level headed kids who also absolutely rip. Fun to watch them get super fast over the last few seasons.

SnowshoeRider4Life (Jan 7, 2020 at 11:36)
Its awesome to see him and Goldstone make it after their awesome Builder Movie segment a few years ago. Interesting to see them take different paths with racing and slope

plyawn (Jan 6, 2020 at 18:46)
they've essentially been developing him for a long time. He raced with Chris Kovarik under intense since he was a little grom.

blowmyfuse (Jan 7, 2020 at 5:50)
Shirlock is being trained by Shumlock on how to use a Padloc whilst all out of wedlock beneath the majestic hemlock and eating nothing but hamhock and playing a woodcock with a TV in the background on FraggleRock only wearing one sock and scatching his bro jock.

Just throw in something about kicking someone's a$$ (honestly, who is he kidding?!) and you got a new Limp Bizkit song.

RCederholm (Jan 6, 2020 at 15:15)
"The team's full release will come next month after the team camp at the end of January" Does this mean an additional pro-rider or the full-on press release is coming later.....or both?

kjjohnson (Jan 9, 2020 at 11:25)
I think it means the team will be feeling very relaxed after training camp

I am the only French or German guy who cannot acces to the DH bikes of the Intensecycles website ? Looks like it's only for USA ....

herzalot (Jan 6, 2020 at 19:06)
@hamncheez: Hey now - that's my backyard you're dissin'! There's a reason most of the pros around the world come here to train. Well, it could be the weather. Or the fact that much of the major MtB industry is based here. No - I'm pretty sure it's our rad illegal trails!

TimBigHitFSRII (Jan 6, 2020 at 18:56)
is he biker sherlock's grand son?
Below threshold threads are hidden