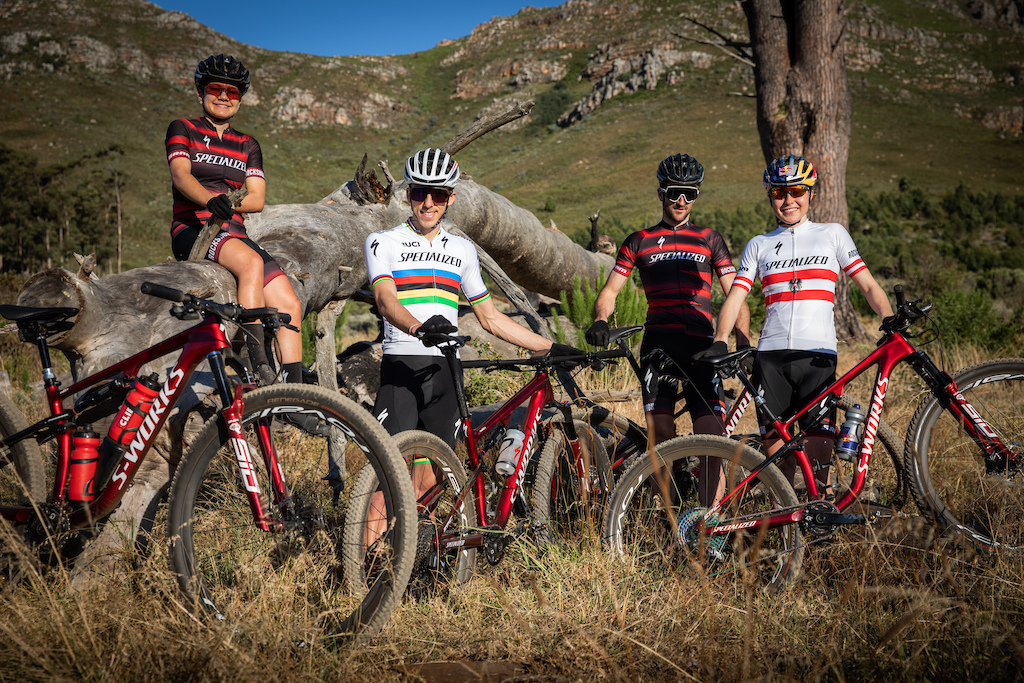 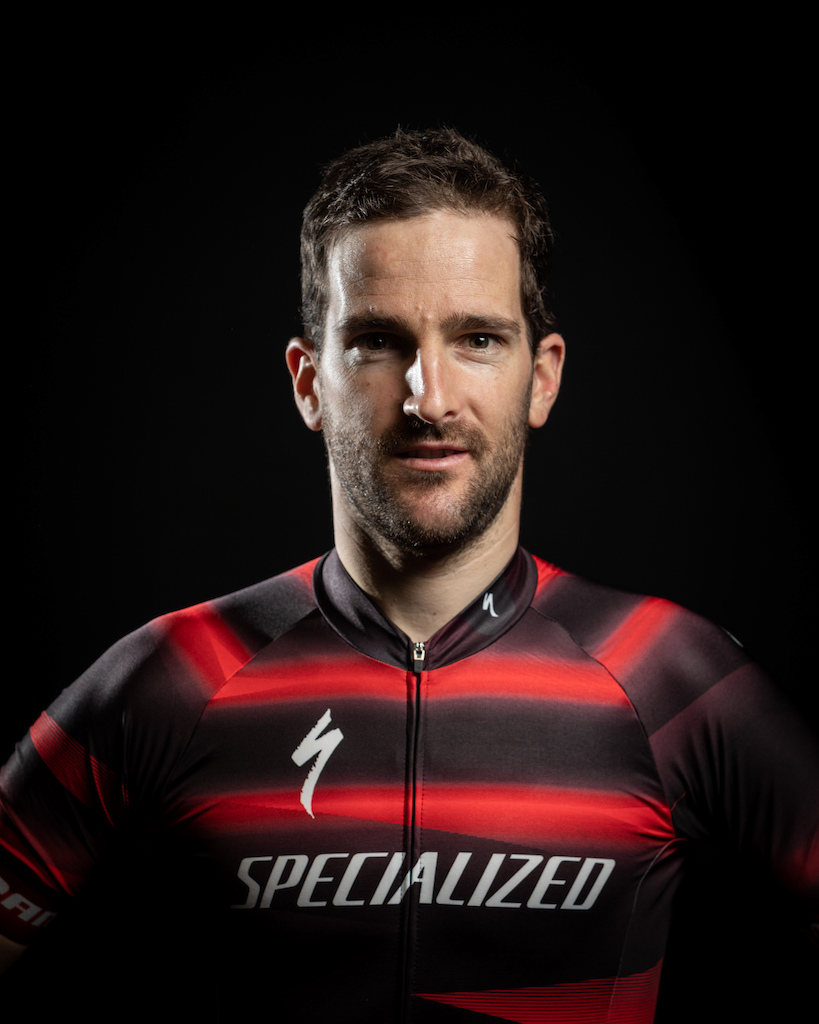 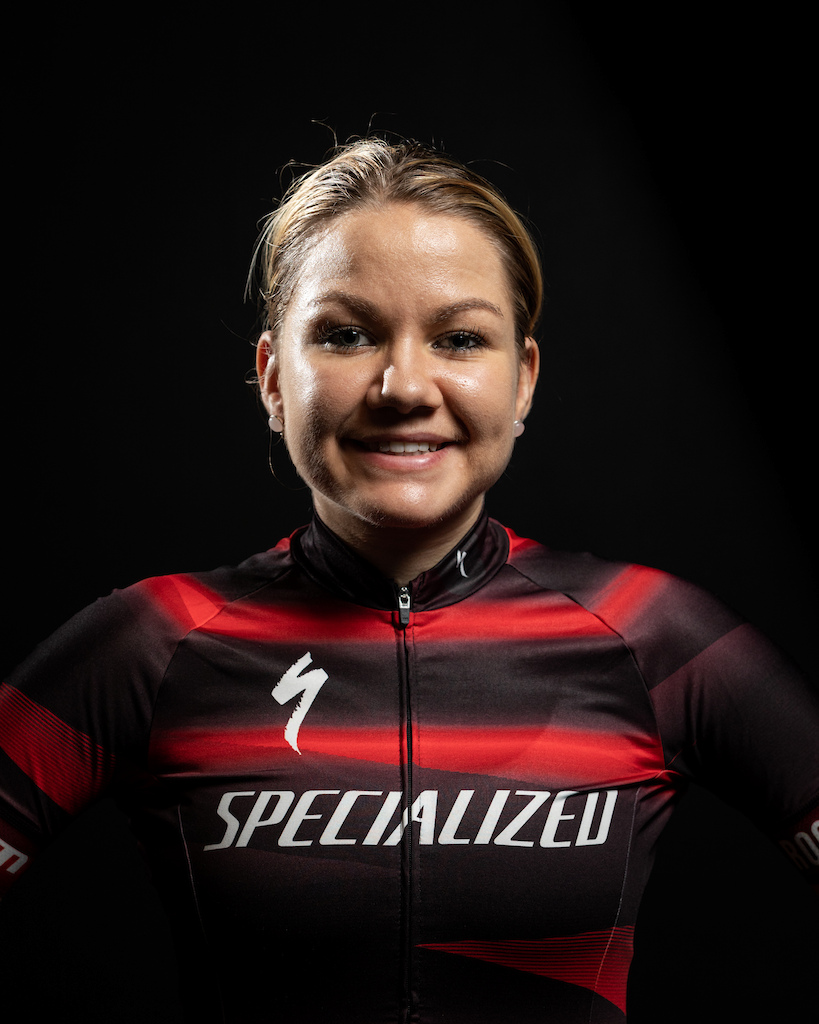 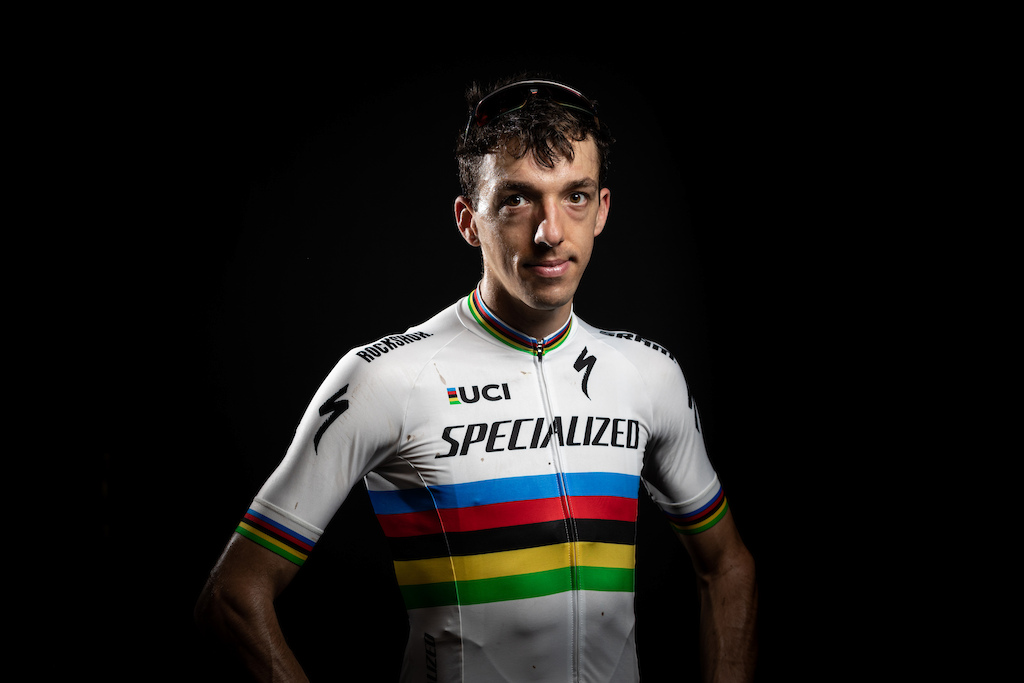 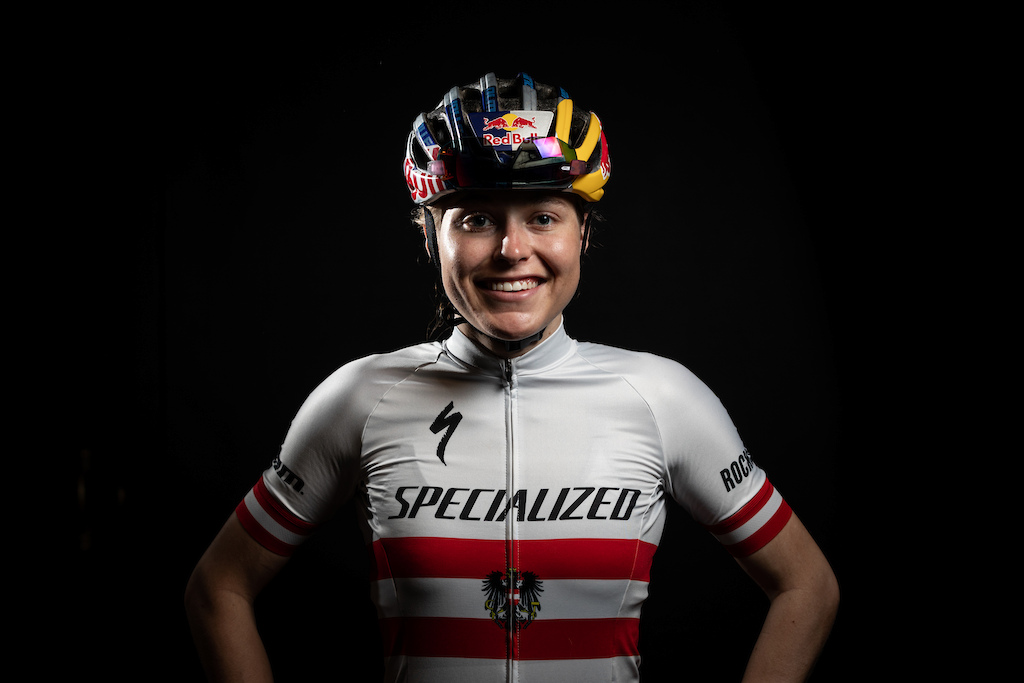 Laura Stigger
Jordan Sarrou is the 2020 UCI MTB World Champion and joins Specialized on a multi-year partnership. The 28-year-old Frenchman said he has ridden Specialized bikes from a young age and expressed great excitement in joining the factory team. 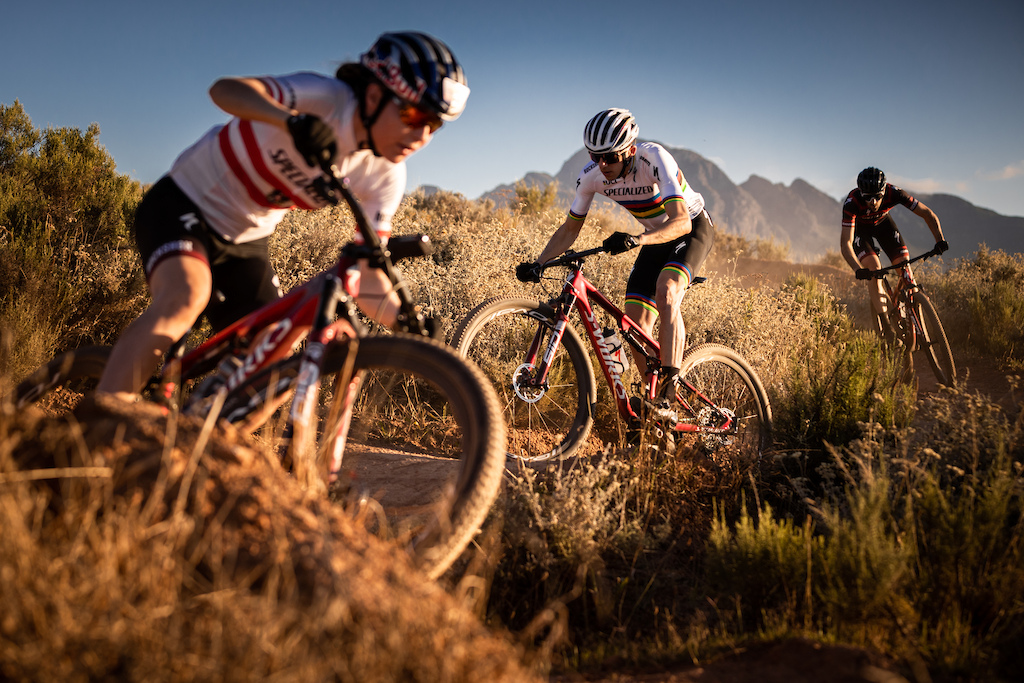 Alongside Sarrou, Specialized have signed former Italian National Champion, Gerhard Kerschbaumer. ‘Geri’ as his team mates call him has set his sights on the 2021 World Title which will be contested in his home country, Val Di Sole, Italy. Apart from chasing the rainbow stripes, Kerschbaumer will focus on the World Cup series and an Olympic medal. 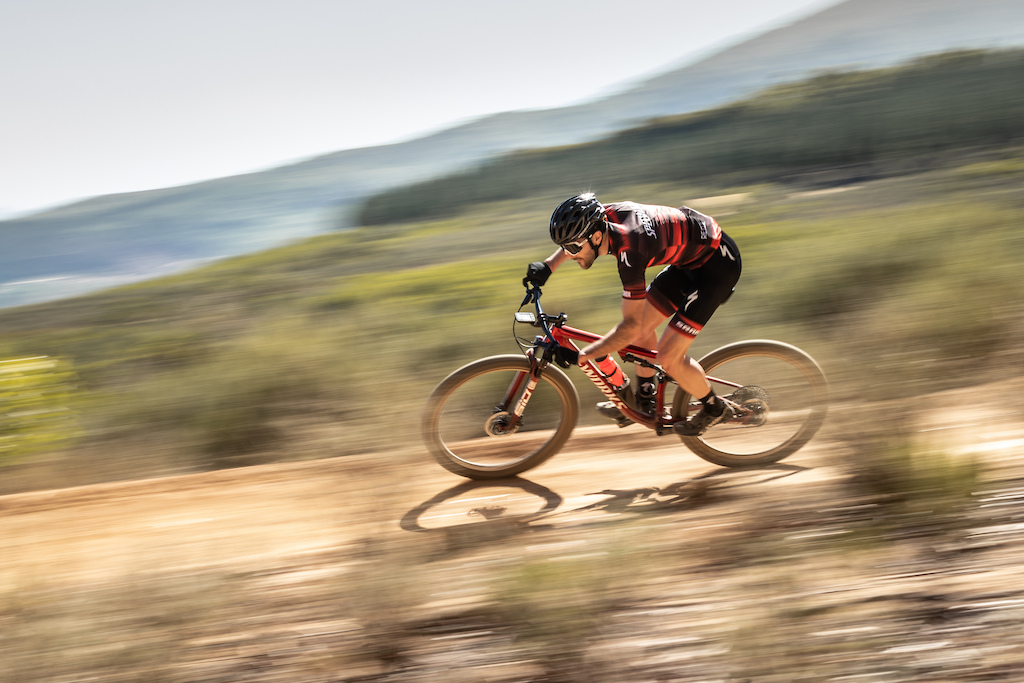 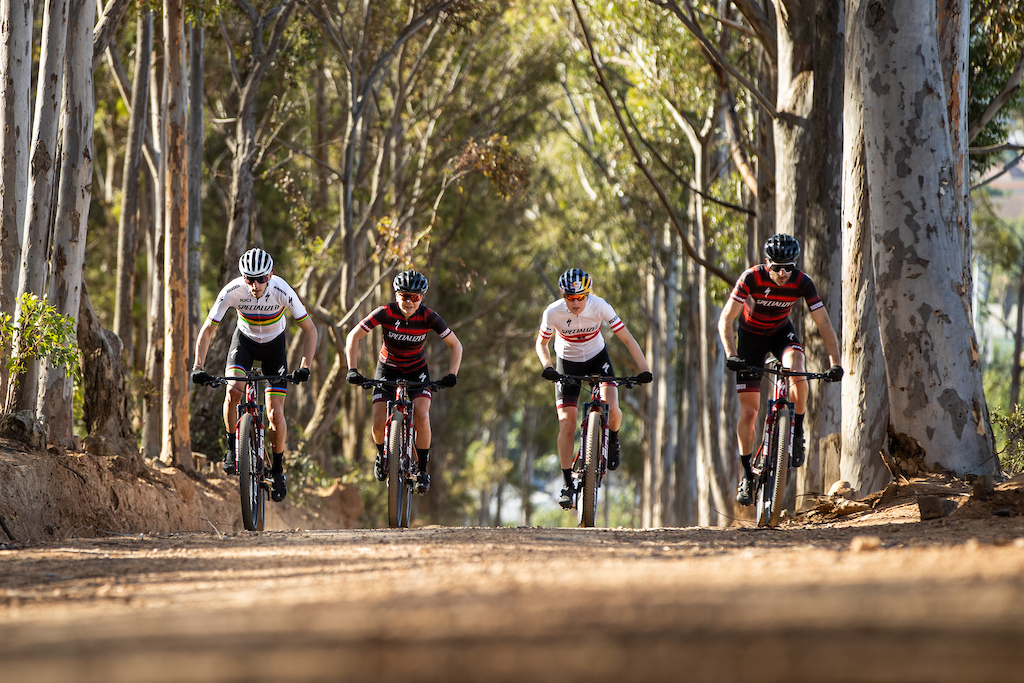 Benno Willeit who has been with the global race team for more than 10 years makes a return to the Specialized Factory racing team as program manager. Willeit has spent the last few years pioneering the E-bike racing category for Specialized and his wealth of knowledge and experience on the world cup circuit will be invaluable to the team’s future success. 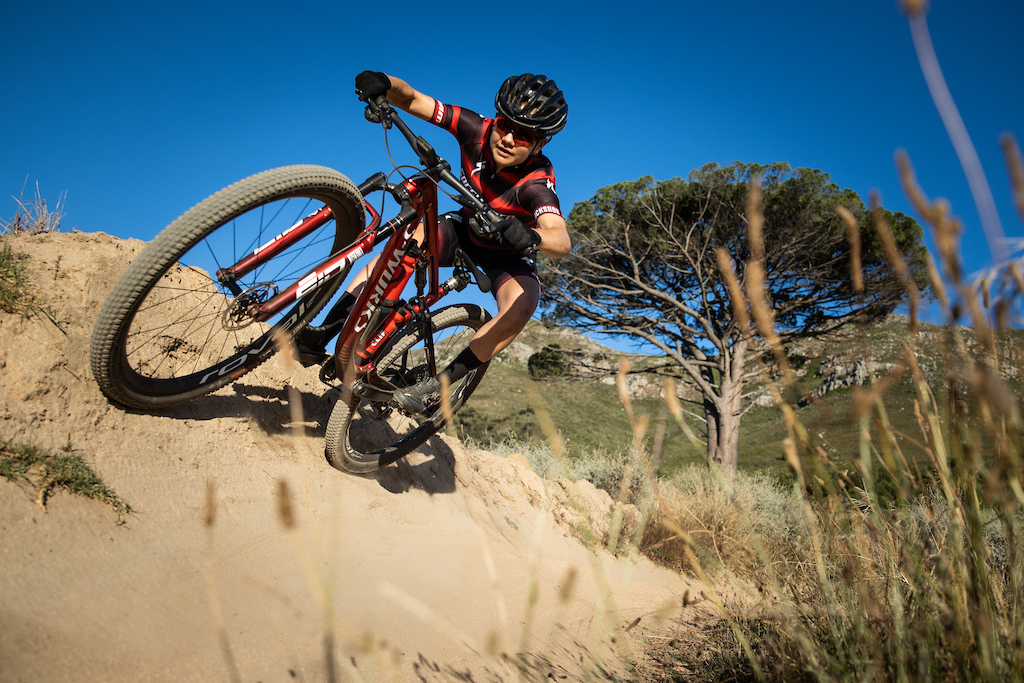 Sina Frei has an impressive résumé which includes U/23 World Champion, U/23 European Champion, Swiss Champion and at 23, she is undoubtedly one of the women to look out for in the Elite category. Frei joins Specialized on a multi-year partnership and is excited to get back to racing.


Joining her teammates on the S-Works Epic for the first time, Sina has been impressed with the setup of her new bike and the Retül fit process – “From the first time I was on the bike, it has been super comfortable. Riding here in Stellenbosch, the bike is smooth and very precise in handling. I also had a Retül fit for the first time ever and the data is really interesting. I enjoy seeing the numbers and already, we have made a few tweaks which have improved my position on the bike.”

Another talented rider who has been supported by Specialized, but now makes the step up to the factory racing team is Austrian, Laura Stigger. While she could still race in the U/23 Category, the 20 year old Stigger made the decision to race in the Elite women’s category and has already made huge impressions on the mountain biking community. 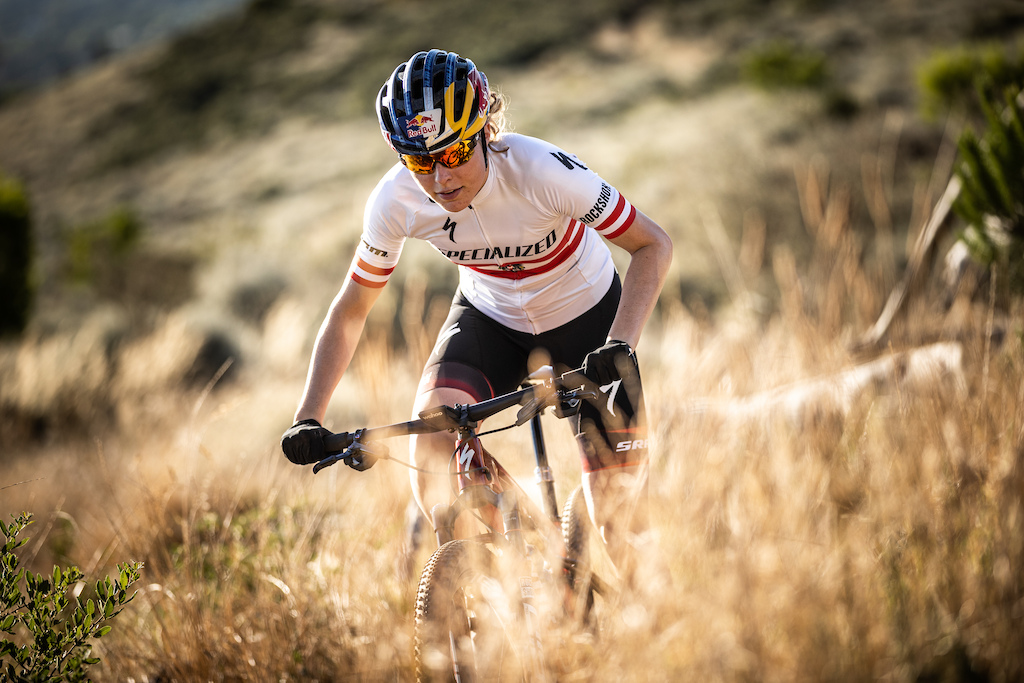 Laura has big goals for the 2021 season including a World Championship medal and podiums at the XCO World Cups.

caltife (Jan 8, 2021 at 12:16)
Specialized getting strategic with their PB Fantasy League picks

dolores (Jan 8, 2021 at 12:53)
Without disrespecting her teammates, I would put my entire fantasy budget on Laura Stigger.

Augustus-G (Jan 8, 2021 at 13:30)
@dolores: Looking forward to seeing more of this young rider. Do you think she'll bump up to the Elites full time? Other than the World Champs of course. She's only 20 so she has to race in the U23 there.

dolores (Jan 8, 2021 at 13:49)
Hi @Augustus-G, Austria only has one place available for the Olympics. Elisabeth Osl (not sure if she retired), Laura Stigger and Lisa Pasteiner need the points to increase their chances of being on the Olympic team, so I have no doubt that Laura Stigger will be in the elite category.

Augustus-G (Jan 8, 2021 at 17:33)
@prevail: Apparently there is an exception this year on the Road side of the house. Don't know if it extends to the MTB side. Considering what Dolores posted I doubt it will become a factor.

Augustus-G (Jan 8, 2021 at 13:21)
Looking like it's going to be a very interesting year ahead for Big Red S fans. I'm still going to miss Annika. Such a class act. Now, let's hope we get more races in this year.

But on the women's side Stigger and Frei is a pretty kickass duo.

Ginsu2000 (Jan 10, 2021 at 12:32)
@nattyd: Late twenties seems like prime career stage for many pro riders in different disciplines. In Sarrou and Kerschbaumer they have a couple of excellent riders who are poised to deliver top results today. The women's side with Frei and Stigger seems more focused on the development side, as riders who are knocking on the top tier for potential wins, but probably not quite there yet. Seems like a healthy balance across the team.

nattyd (Jan 10, 2021 at 22:35)
@Ginsu2000: I don't disagree with anything you said, and they certainly did get younger on the women's side. But, my point is that a rider who is 23 and who has won a top tier race in his first try is strictly more valuable than a 28 or 29 year old who has won the same number of premier races in half a career.

Ginsu2000 (Jan 11, 2021 at 10:37)
@nattyd: My turn to agree with you. There's more career potential in a 23 year-old rider who has already demonstrated the ability to finish on, or even on top of, a world cup podium than there is in a rider aged 28 or 29 with only a handful of top results (Sarrou's impressive world championship notwithstanding). I suppose the way I look at it is that the concept of long term 2-way allegiance between riders and a specific team seem to be shifting toward an emphasis on what benefits will each side receive during the next 2-year contract period. Under that model, there's less reason to think of riders as a development project (that may only be serving the next team they move on to) and more about which riders can deliver the best results:cost ratio over the contract period. In other words, even though we may agree there's more projected value in the remaining career of a 23 year-old high performer, that value is now more likely to be spread across multiple teams. It's all about short term gratification for both sides in the 2-year contract. That's kind of sad to me, since I liked the concept of a rider and team forming a career long relationship.

nattyd (Jan 11, 2021 at 11:22)
@Ginsu2000: Yep, makes sense. My old conventional wisdom is that regardless of the length of a contract, a rider under contract is much more likely to stay with the team when it expires, given the activation energy to make a switch (unknown bike, unknown team culture, new location, etc.). The chances of re-signing probably go up if there has been success during that contract period. But, it seems like moves between teams are increasingly common, so maybe the narrow view of the contract period should dominate the assessment.

Offrhodes (Jan 8, 2021 at 12:19)
This explains Alan and Simon moving on. This is another strong team that has podium, and victory, potential in both men's and women's XCO.

RashadF (Jan 9, 2021 at 0:30)
These moves are dope in my opinion. Sarrou and Kershbaumer should be race win or podium contenders for the rest of their contracts and they now have two talented young women to build around long-term. I am looking forward to the season even more now. Add to that the signing of Cody Kelly on the enduro side and I like what Specialized is doing.

RashadF (Jan 9, 2021 at 0:25)
These moves are dope in my opinion. Sarrou and Kerschbaumer should be consistent podium or race win contenders for the remainder of their contracts and you have two talented young female riders to build around long-term. I am looking forward to the season even more now.

Acid11 (Jan 8, 2021 at 12:54)
So Stellenbosch is mentioned 3 times in this article without any reference to where in the world Stellenbosch is or where these pictures were taken.... I know where it is, but what about everyone else?

Acid11 (Jan 8, 2021 at 13:46)
@Augustus-G: Google? Seems like an easy excuse when you've cut corners in your article and haven't provided the needed, relevant information so you then expect the reader to go and do the work you should have done in the first place. got it....

Acid11 (Jan 8, 2021 at 15:22)
@paulskibum: True!! but I did grow up near Stellenbosch and just thought it might be of value to the article and readers for them to mention it, you know, for all those other people who also don't drink enough wine....

Or, London, Ontario for us Canadians

PinkyScar (Jan 8, 2021 at 18:02)
@Acid11 Slow day at the internet copy-editing desk? We commend your ability to assist less geographically-inclined individuals with your superior knowledge...

Hobbers05 (Jan 8, 2021 at 23:43)
Stellenbosch is in the Cape Winelands of the Western Cape (a province) in South Africa. The photos are a mix from trails around the World Cup course from 2018 (Stellenbosch), but mostly from the iconic "G-Spot" trail (just above my house

SonofBovril (Jan 9, 2021 at 8:01)
Stellenbosch is in South Africa, near Cape Town, where they have held UCI WC rounds before. Many of the XC teams come here for training and team camps this time of year as the weather is ideal and it leads into the Cape Epic

nattyd (Jan 10, 2021 at 9:49)
@lukeb: It’s nice to see that it’s a Canadian for once. Usually it’s the Stars and Stripes flag for stuff like this. But yeah, I know where both Stellenbosch and London are.

OnTheRivet (Jan 8, 2021 at 12:26)
Blevins went to Trinity so he can follow the MvDP, Wout, Pidcock model and have support in multiple disciplines.

PapaStone (Jan 9, 2021 at 3:38)
I just don't think Blevins was dedicated enough to push himself to be the best he could be. He has lots of other interests in life, which isn't a bad thing. But it might keep him from being the best XCO racer he could be. To be one of the best at XCO, you gotta put in the boring hours on the bike and well as the VO2max intervals to build the engine. Without a doubt though, he has plenty skills!

MuddyFoxCourierComp (Jan 11, 2021 at 17:43)
Signing for the team with the best lawyers must be great
Below threshold threads are hidden

fullfacemike (Jan 8, 2021 at 19:23)
Calling any facet of any World Cup athlete "mediocre" betrays your incomprehensible arrogance.