Join Pinkbike  Login
62 Comments
We are back in Reeth, in the north of England. After a two year hiatus due to biblical events - floods and a plague. We rounded up six tough women here to take on the challenge! 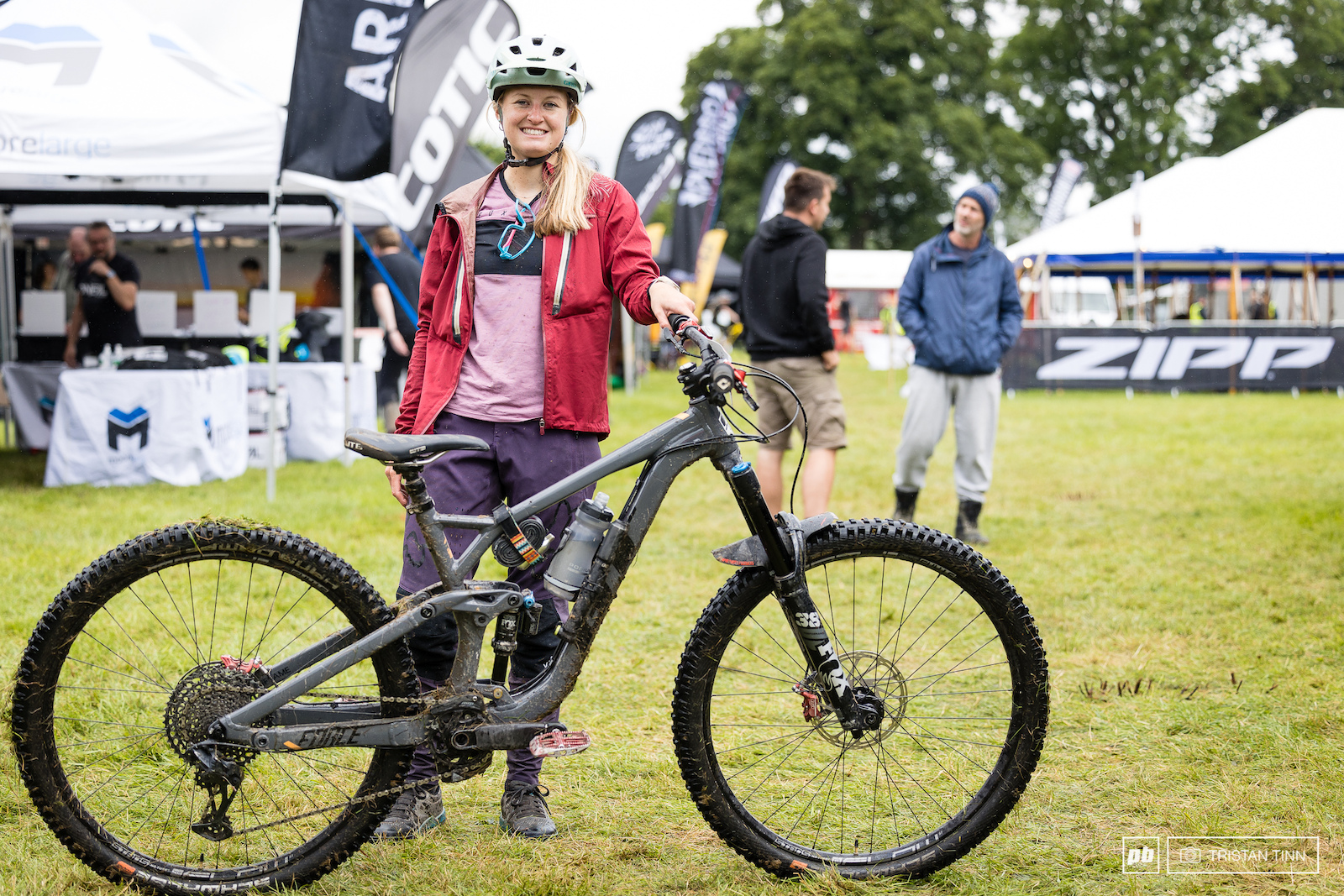 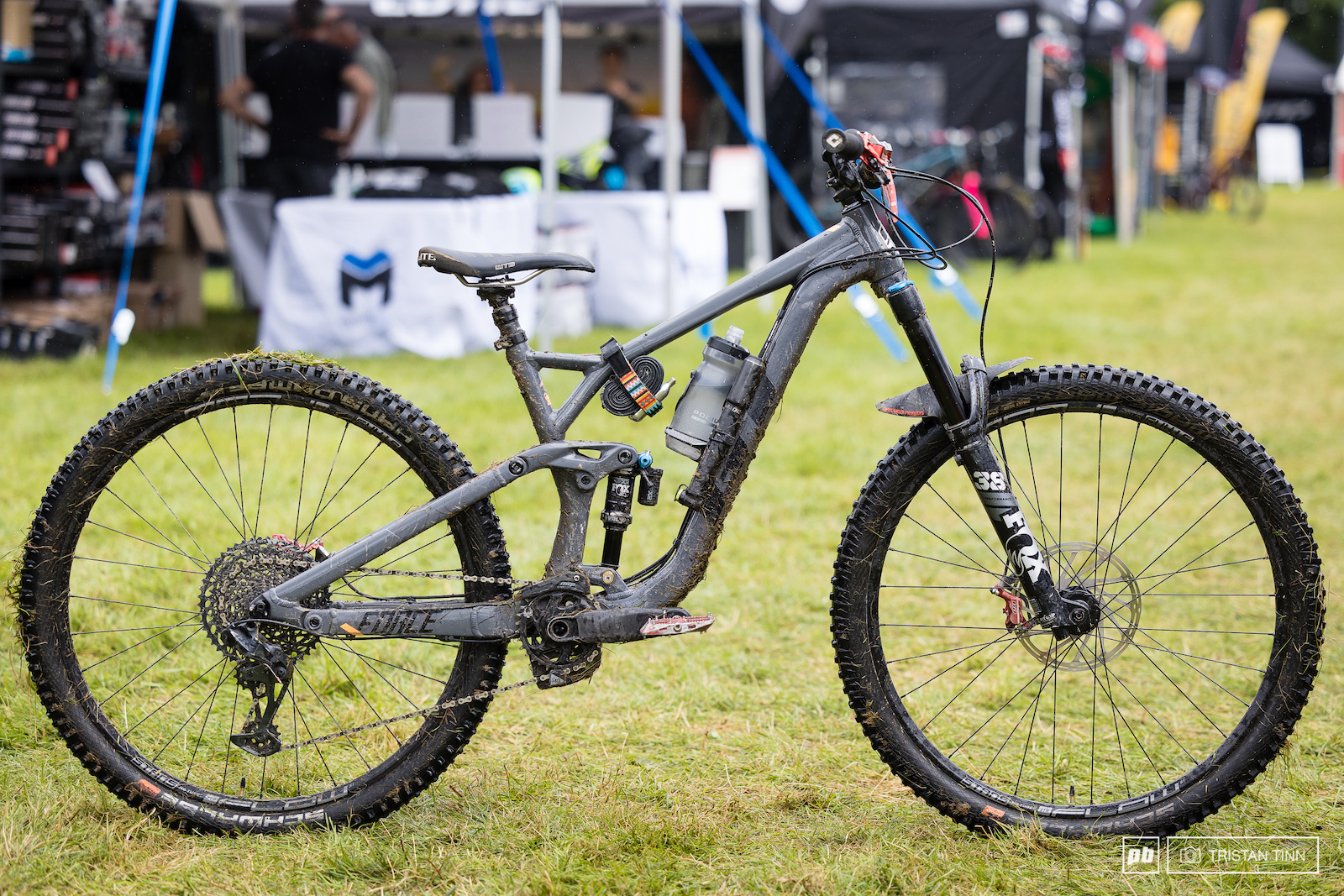 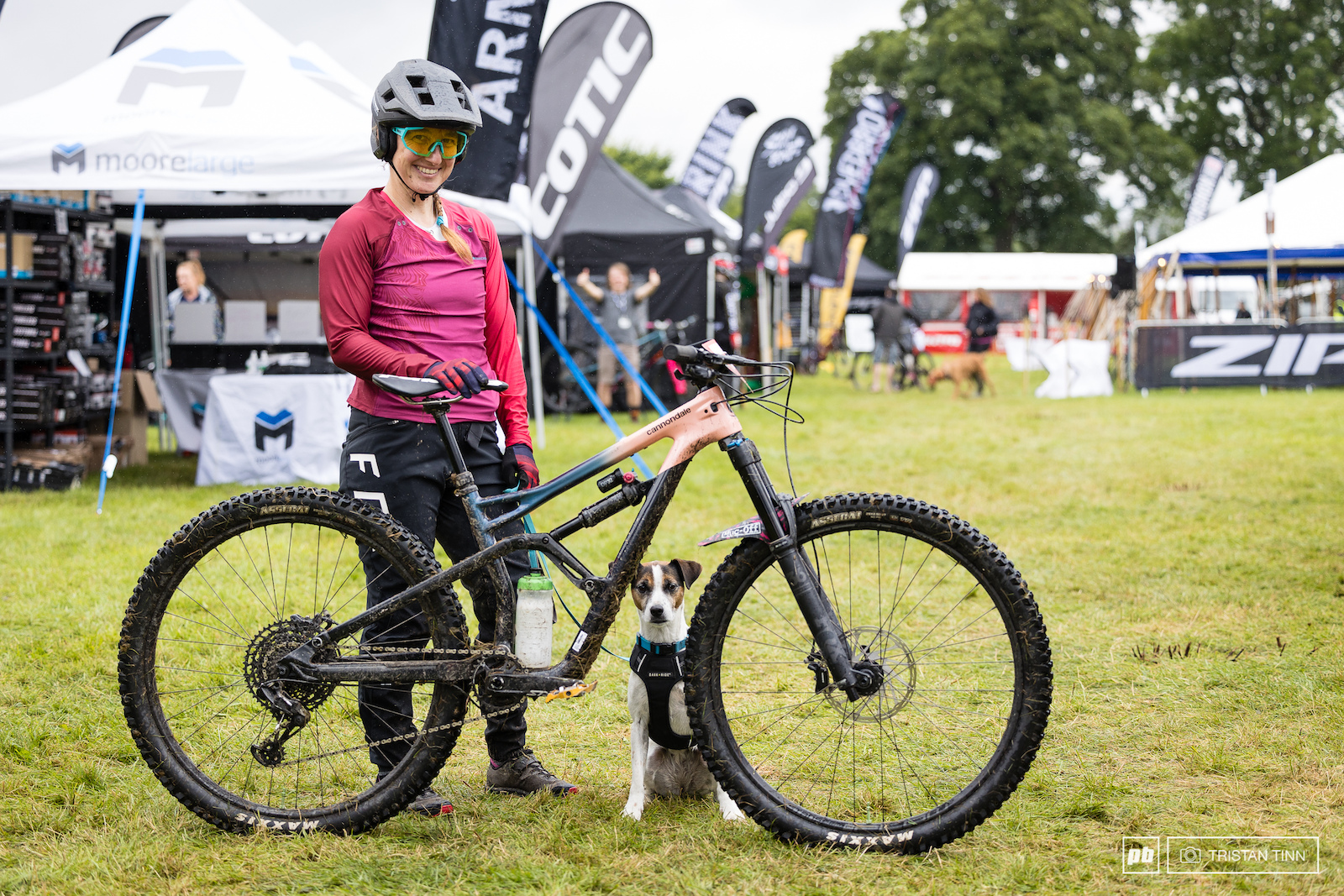 Maxine Philby and her Cannondale Jekyll, the bike that took earnt her the win in vets at UK National DH Champs 2021 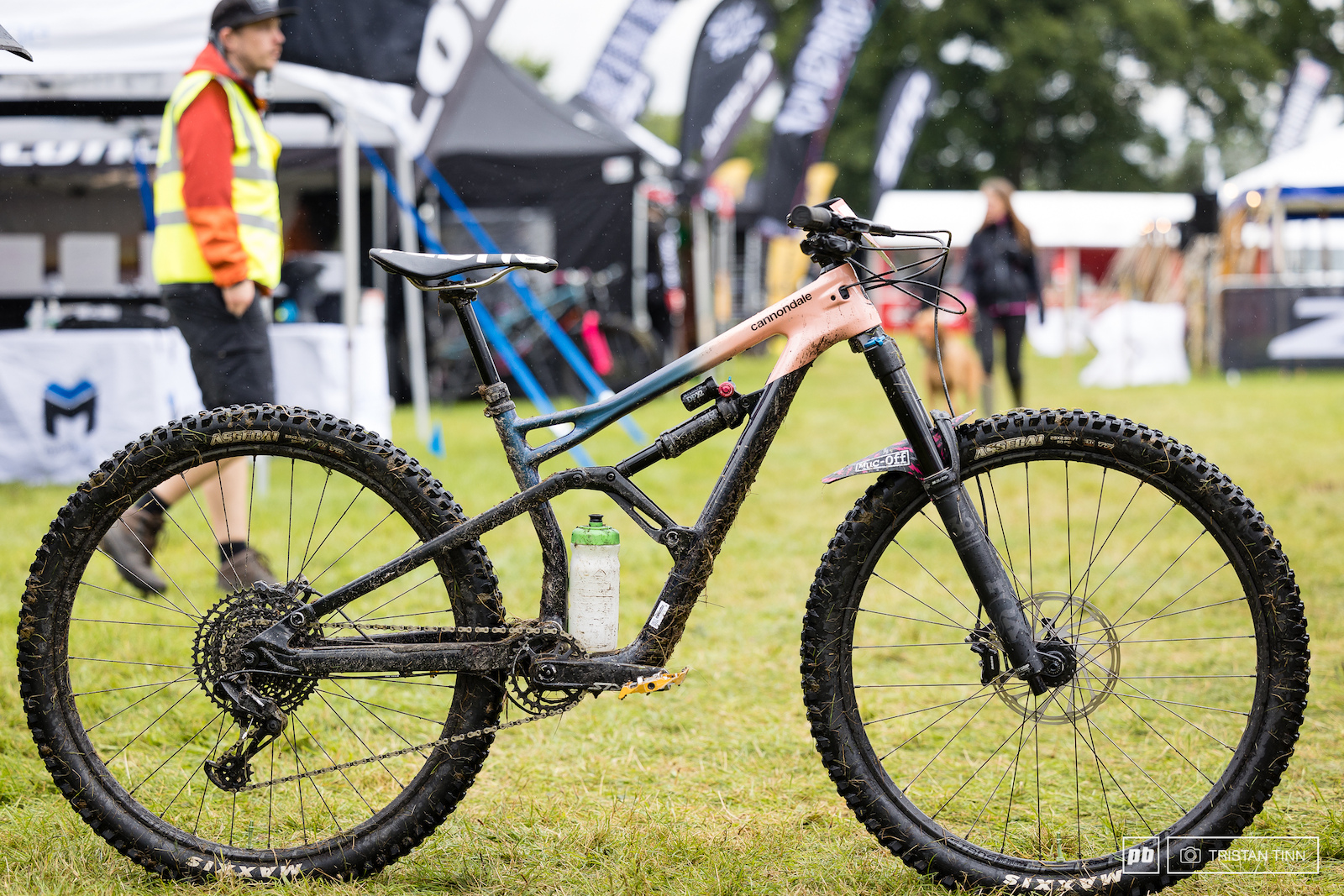 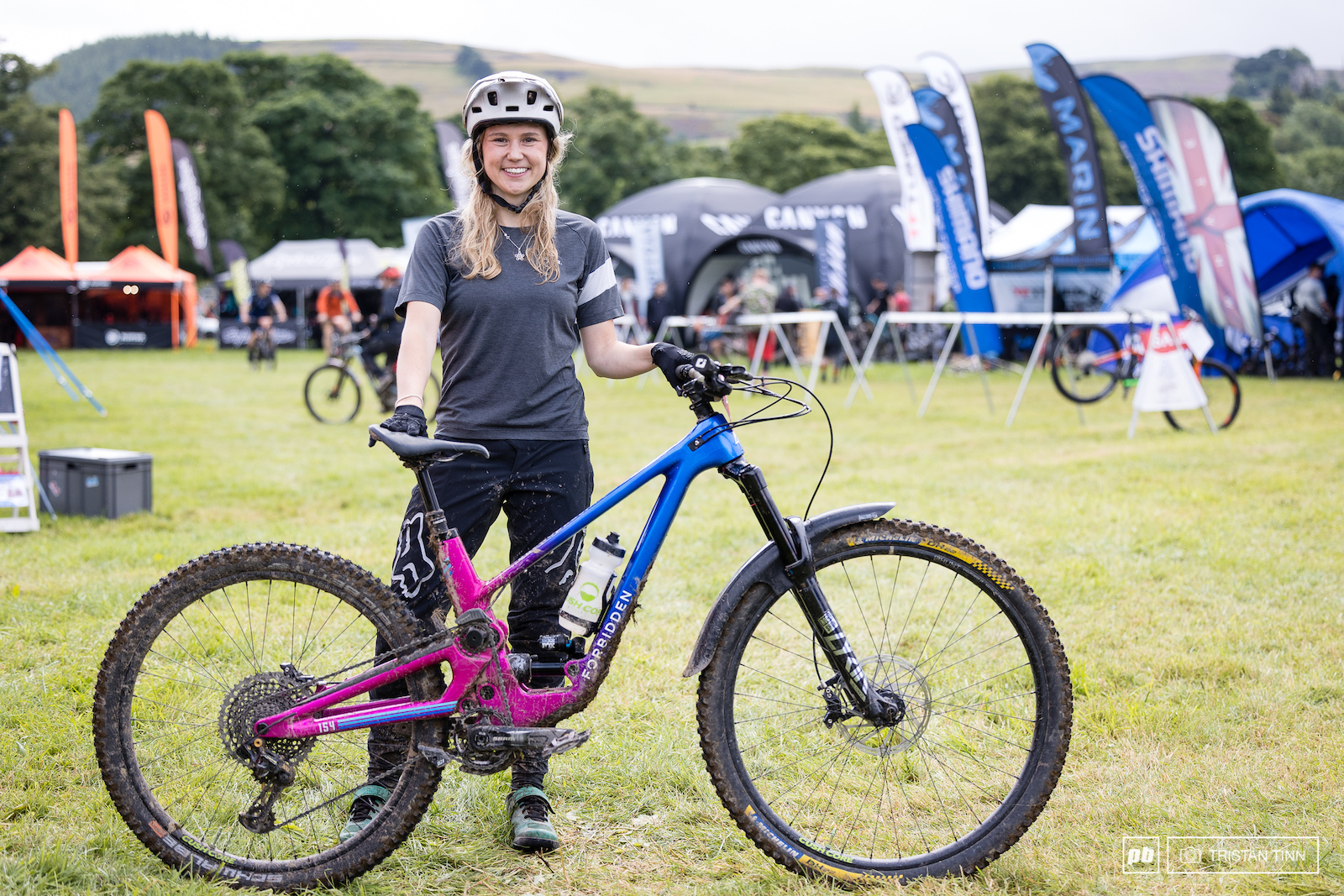 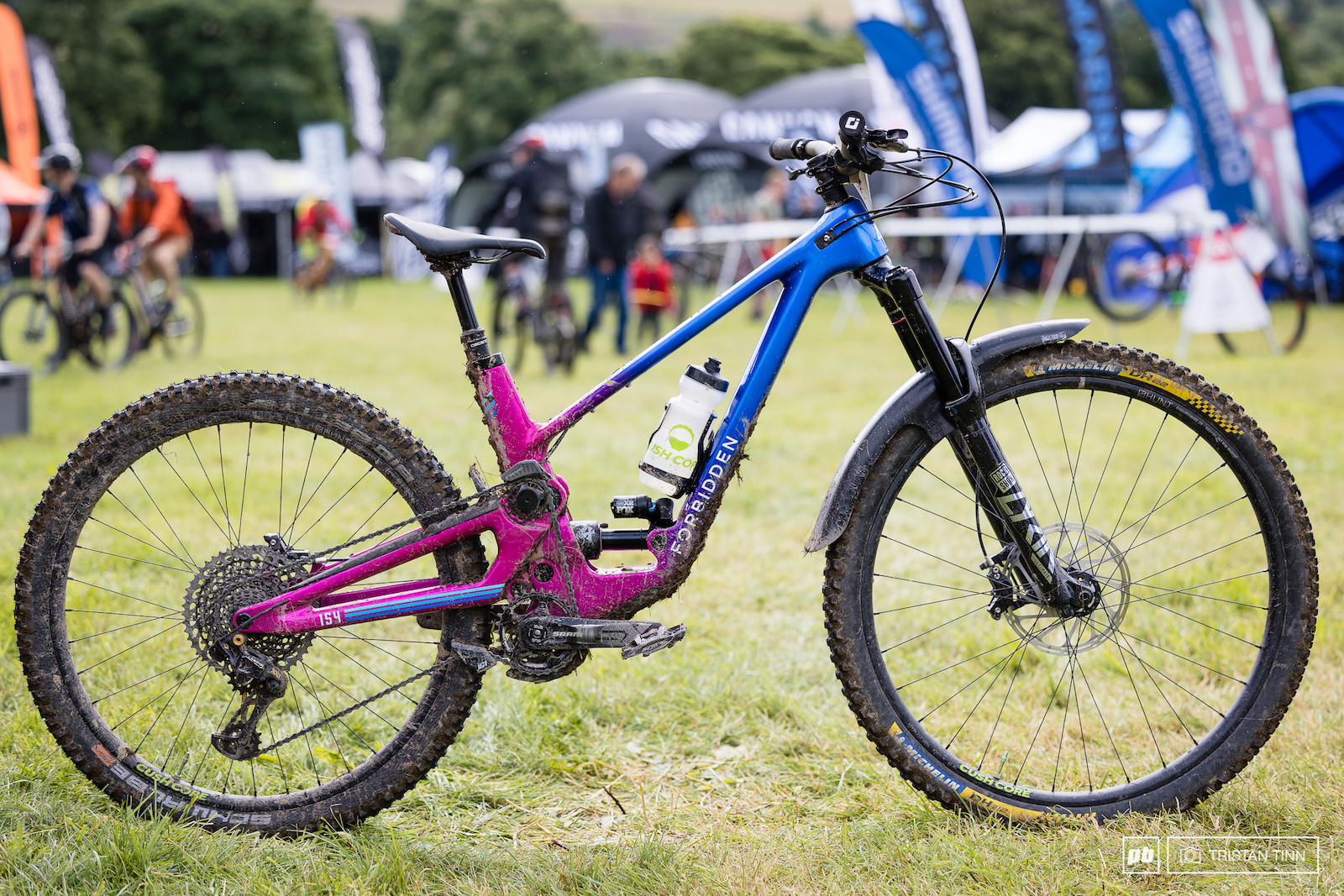 Daisy's Dreadnaught - run as a mullet using the Ziggy link 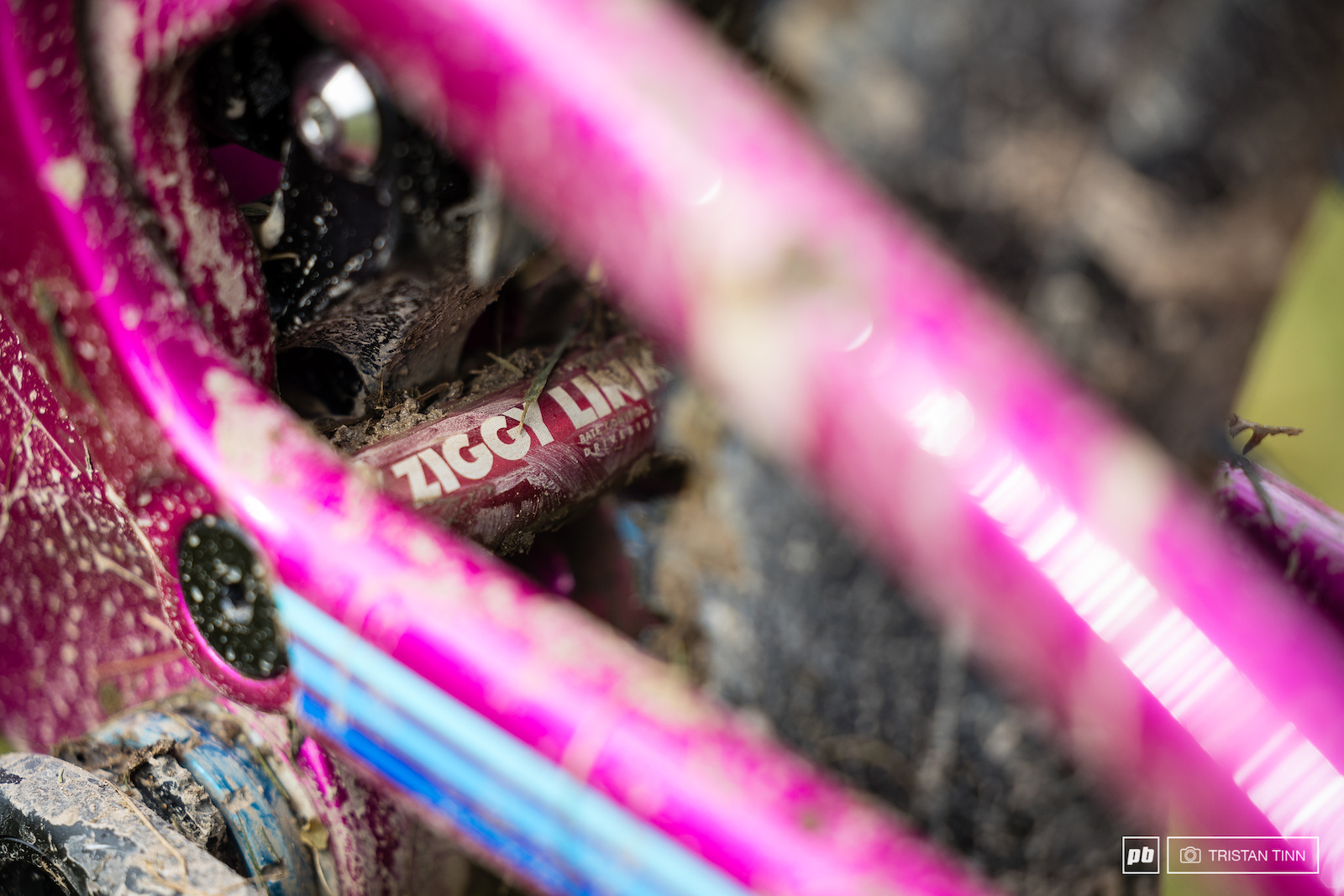 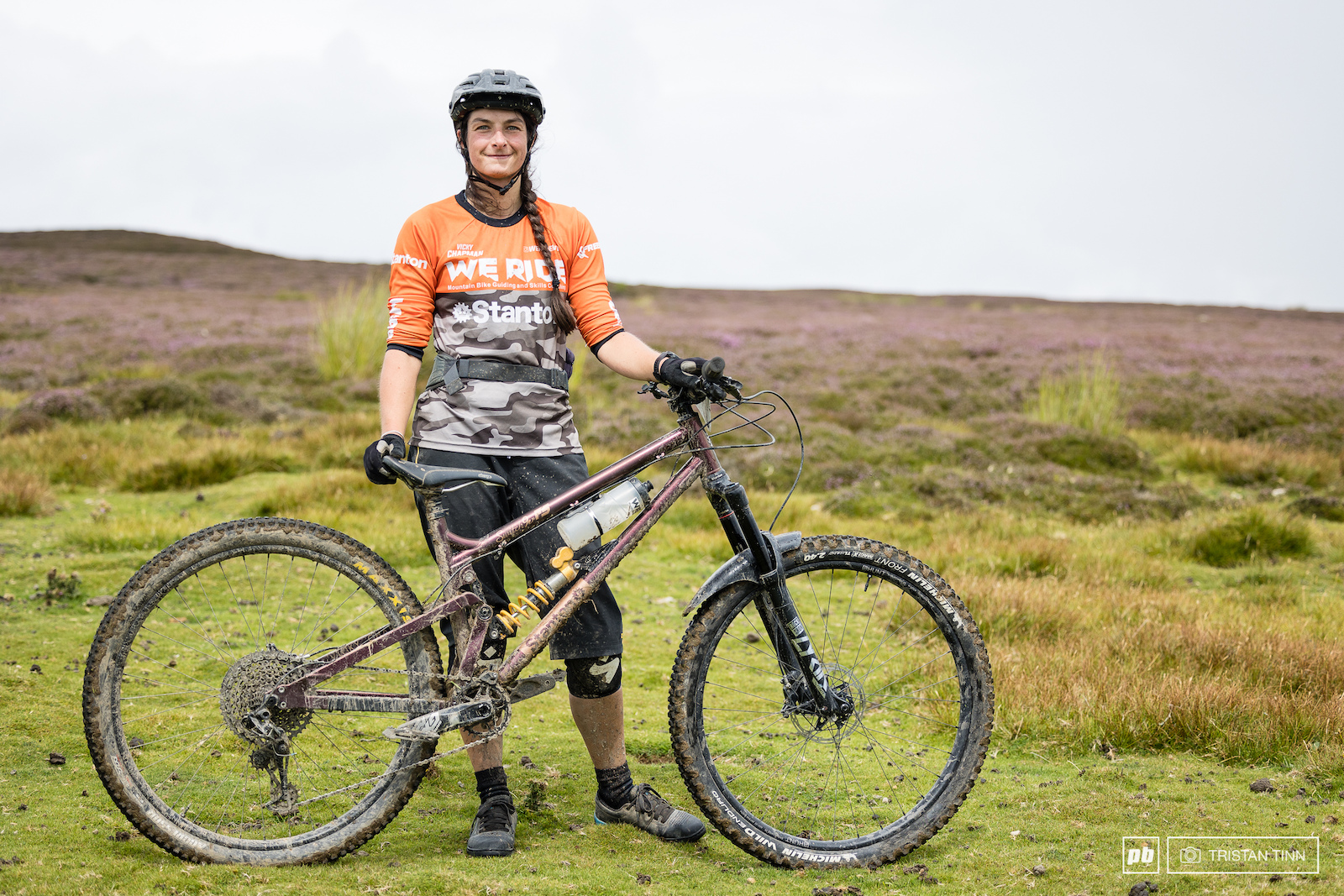 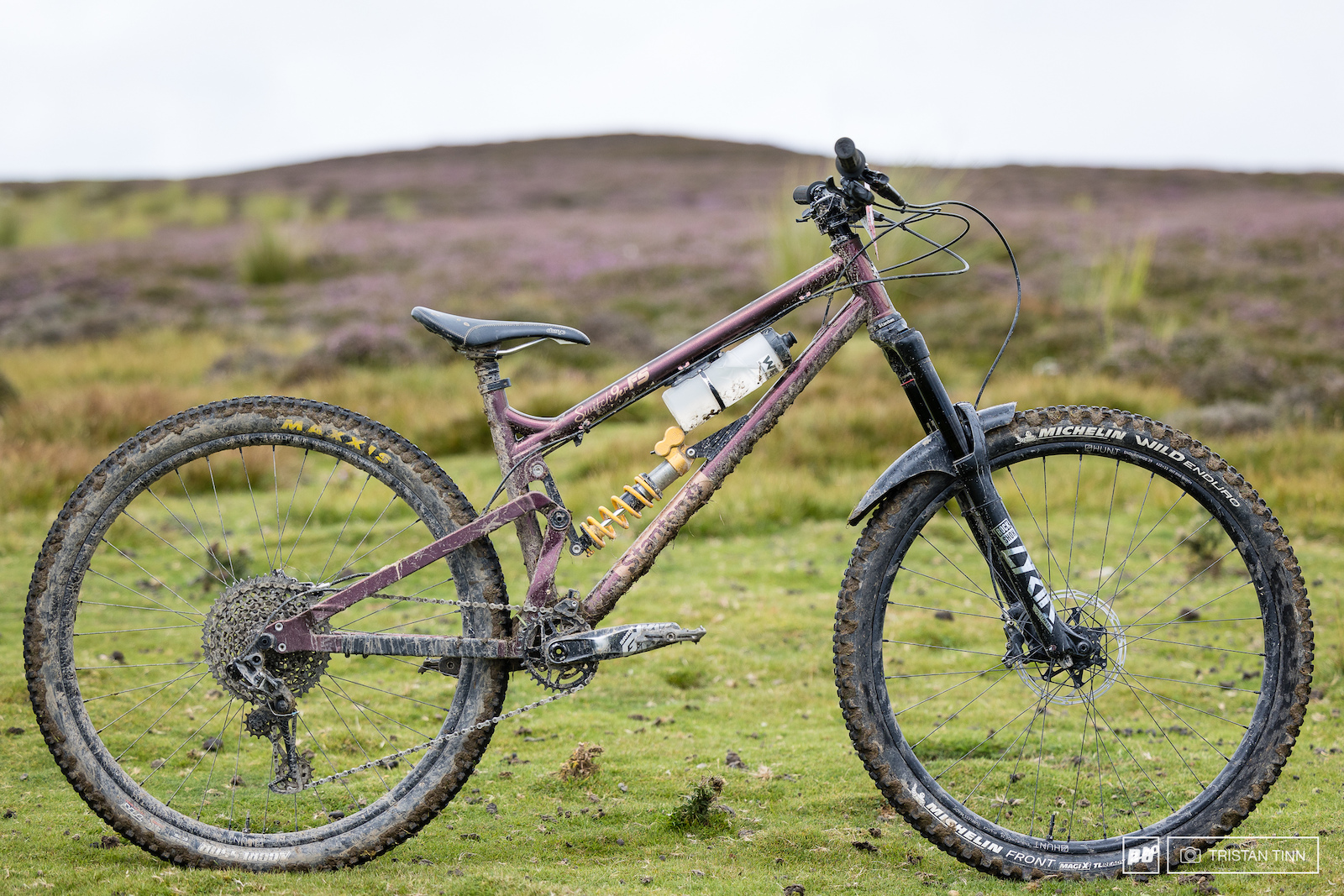 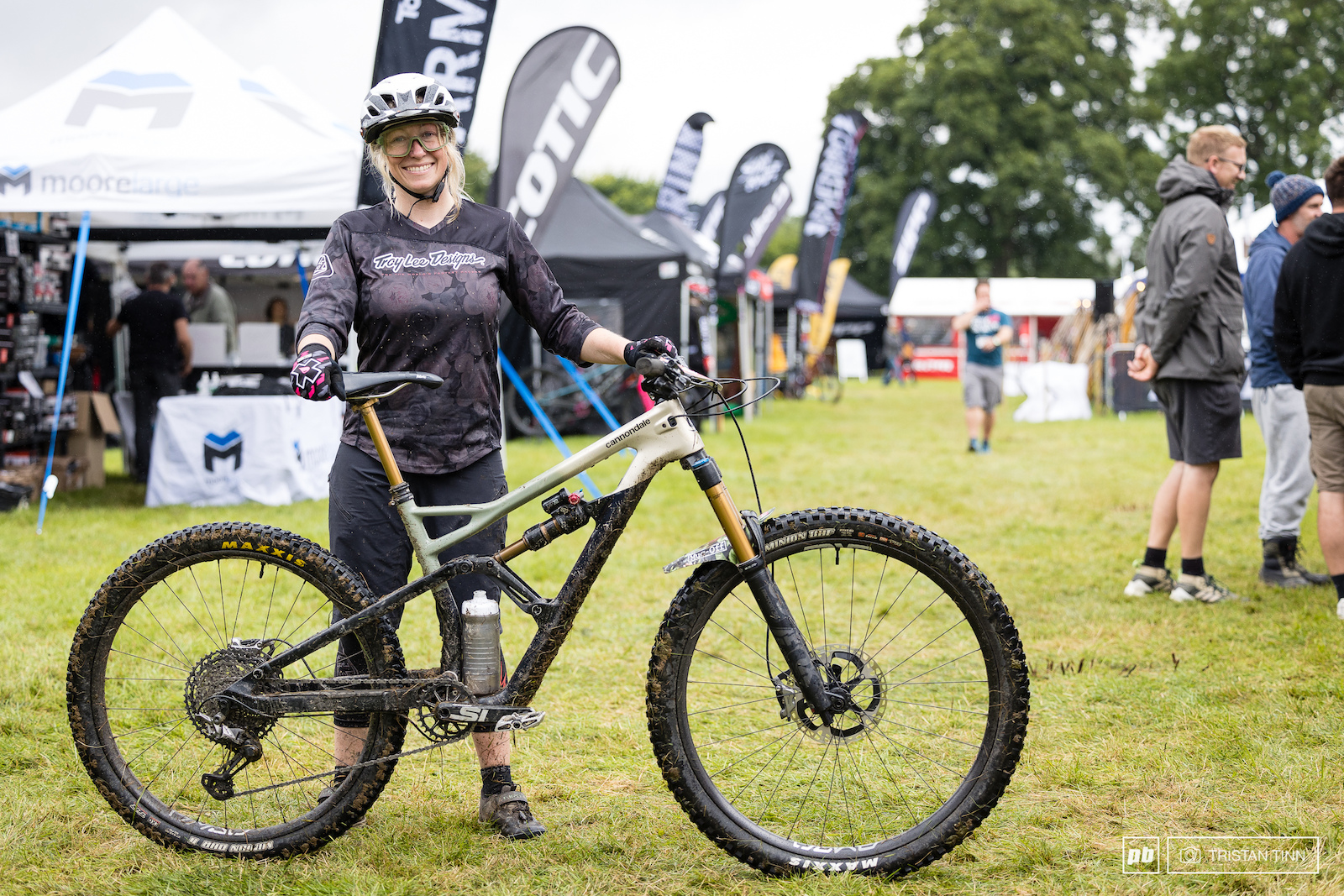 Anna Cipullo and her Cannondale Jekyll 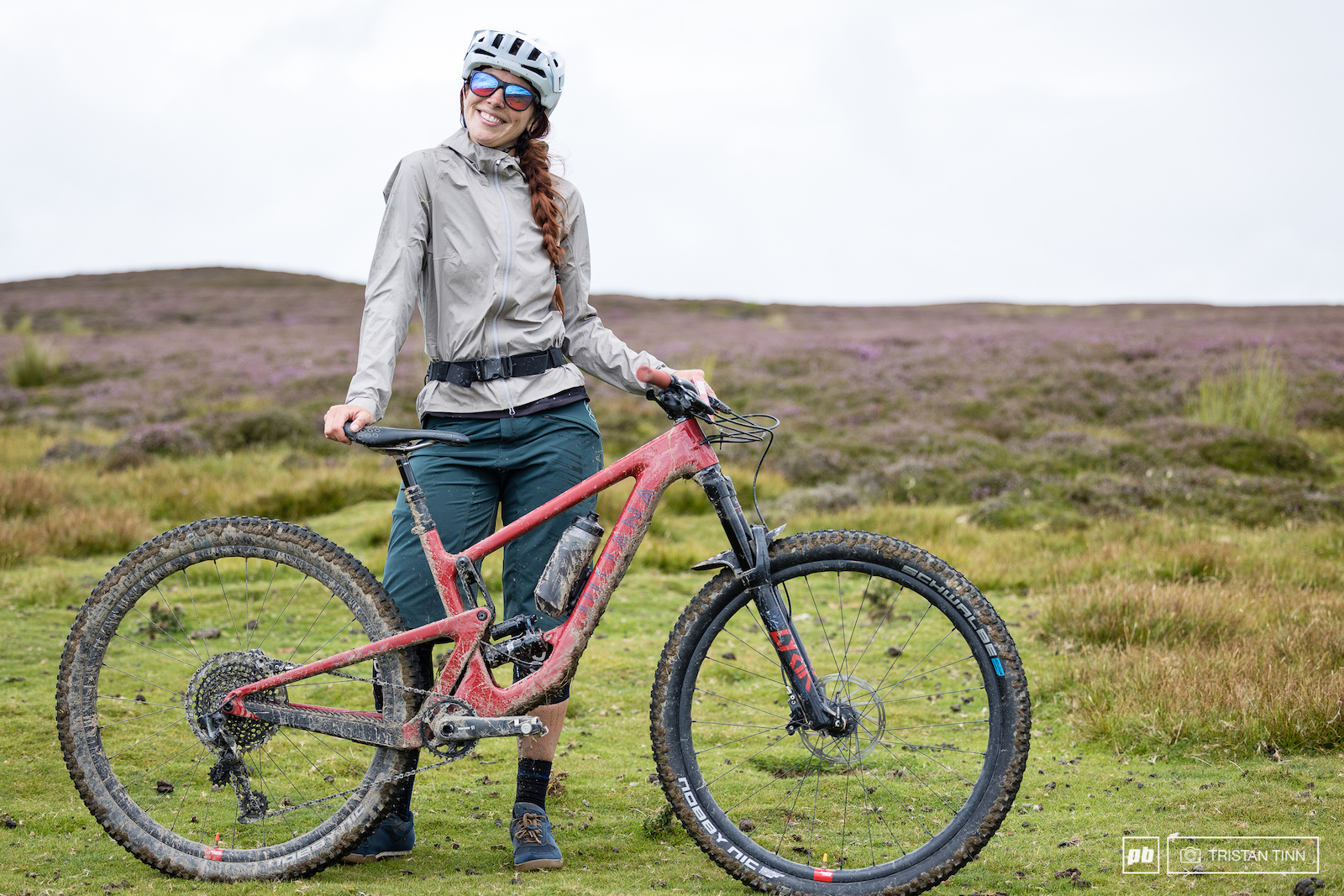 Amanda Wishart of Singletrack Mag and her Juliana Maverick 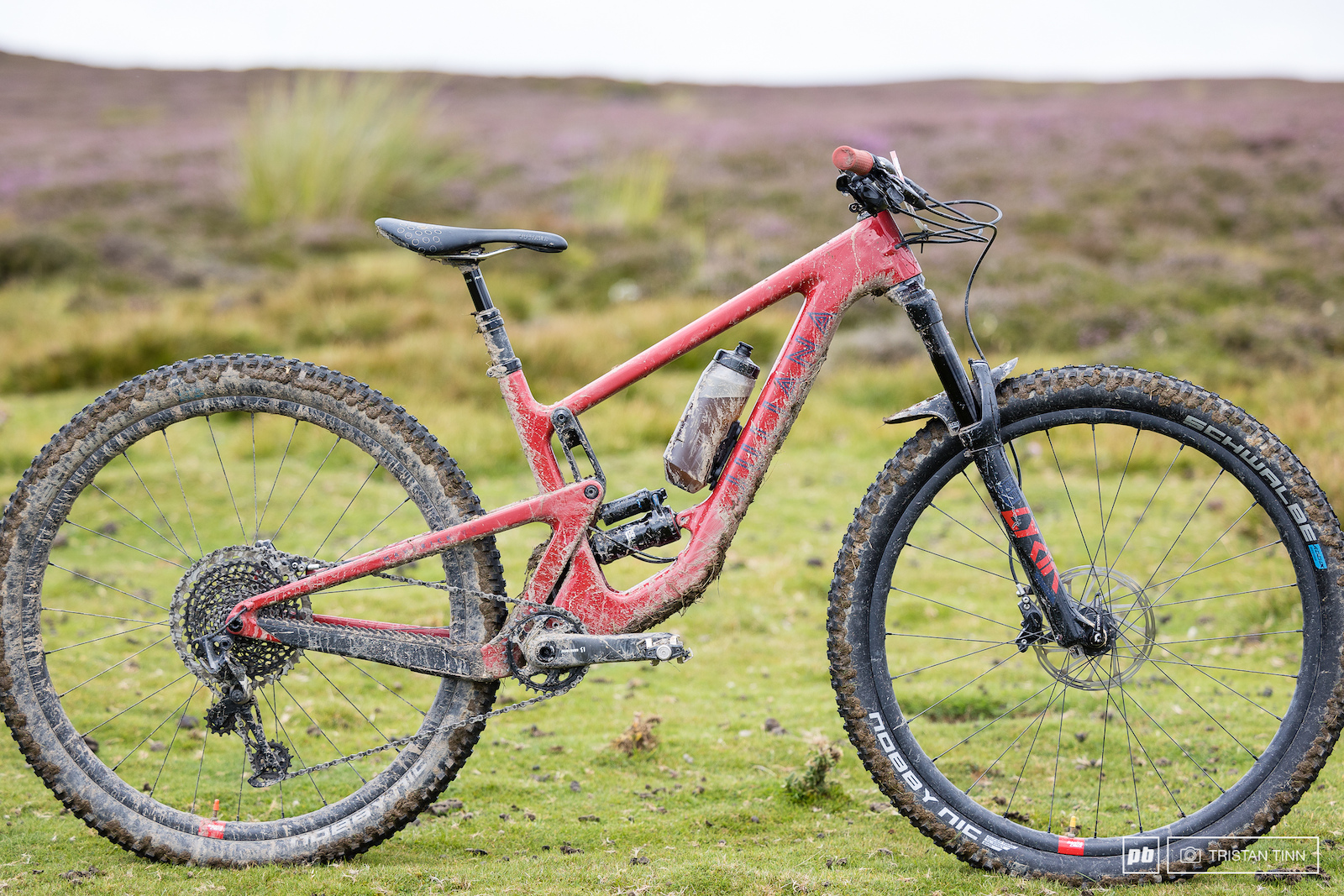 wilsonians (Aug 7, 2021 at 7:03)
Should have given that Forbidden its own bike check article. Its just shaming the rest of the bikes with how Fuggin awesome it looks.

toooldtodieyoung (Aug 7, 2021 at 8:53)
Hate to be that guy, but for those of us who can't help but cringe when we see this spelled incorrectly, Dreadn*o*ught, please.

You should spend more time learning grammar and how not to write run-on sentences, before correcting other’s spelling…

To me, when you use the word ‘but’ more than once in a sentence, it’s a run on sentence. I see a few different clauses there:
1. Hate to be that guy.
2. Can’t help but cringe at incorrectly speeded words.
3. Please.
There should have been a period in there somewhere and a colon to point out the incorrectly spelled word. The whole sentence just seems to keep going and keep introducing new subjects and verbs.

toooldtodieyoung (Aug 8, 2021 at 13:05)
@Saidrick: I appreciate the relatively civil tone your second post took, so I will try to reply in kind. I want to say a bit about the first post, though, before moving on to the riveting discussion about sentence construction, which I am sure has all of Pinkbikedom on the edge of their seats.

Your first post really ground my gears, and here's why.

You started with a flawed premise. Spelling and grammar are kind of like a hammer and a saw. Both are useful tools, but not really related.

I am a random nerd on the internet who is interested in both publishing and mountain bikes, but Pinkbike is a professional publication about mountain bikes. See the difference? Even if your criticism had been correct, it was unfair to try to hold both to the same standard.

You assumed that I write the way I do because I do not know better.

You ignored the possibility that my meandering, weak prose might actually be intended to soften the critical message, which was exactly my intention. I even went so far as to imply that some people might not care, but I, and like-minded people, do.

You ignore the fact that correct spelling is as close to indisputable as anything in the English language can be. A word is either spelled correctly according to an authoritative source, or it is not. "Dreadnought" is the proper name of the bicycle in question, according to the bike's maker. Grammar, on the other hand, is much more malleable, and the rules are often broken by writers as a matter of style to create a deliberate effect.

My post was factually correct, and yours was opinion.

I think you will find that everything from "for" to "incorrectly" is part of the same prepositional phrase, and does not require a conjunction. There are only two independent clauses, and they are joined correctly.

Here's my concession. My second independent clause is probably terrible. Both the subject and the verb are implied. "Dreadn*o*ught, please” is basically shorthand for "can you please spell Dreadnought with an 'o' instead of an 'a'?" I thought the meaning was clear, but it is not a great sentence.

Correct spelling is very much disputable when it comes to spelling of names. Try spelling: Erin or Aaron, Shaun or Shawn, Jon or John, etc.

Your “prose” came off more like someone starting a sentence with “no offense intended,” which usually means someone is about to get offended…

I have no problem with the “fact” of your sentence, it was more the tone of your opinion of how you react to a word being misspelled on the internet. It had an air of superiority to it, as in you couldn’t believe that someone could have gotten it wrong.

A simple “Hey The bike company spells the word a little different” would have been helpful, and not snarky( my opinion).

Anyways, fun talking to you, I am off to go get my bike back for the bike shop to go for a ride.

toooldtodieyoung (Aug 9, 2021 at 17:59)
@Saidrick: sounds like we should chalk the whole thing up to misunderstanding. Hope you had a good ride!

Crossmaxx (Aug 7, 2021 at 5:25)
The latest generation with the new thread pattern are really decent all-round tires. Like smaller-knobbed Magic Marys.

skulichkov (Aug 7, 2021 at 5:30)
@Crossmaxx: nice! I am running DHR2/Agressor and Agressor basically gives you almost zero grip. I thought Nobby Nic is kind of the same

ryetoast (Aug 7, 2021 at 7:00)
@skulichkov: I love Nics. Predictable fast rolling rear tire for enduro-y stuff, and I run em front and rear on my hardtail. I think the knobs are pretty tall compared to the aggressor, so why they roll so well, I have no clue.

Beaconbike (Aug 7, 2021 at 18:52)
@skulichkov: I bought an aggressor for a rear tire and went back to a dhr 2 after a handful of rides. No grip in loose, or sandy/loose over hardpack. Also I rode a steep, blown out, deep dust/really deep moon dust double black yesterday and had nowhere enough grip with an assagai front and dhr 2 rear. Needed shorty front and rear for that sh!t

Danzzz88 (Aug 7, 2021 at 2:47)
Why does GT make such a fantastic looking downhill bike but a terrible looking enduro bike, they clearly have it in them to design nice bikes.

drjonnywonderboy (Aug 7, 2021 at 2:53)
The Jekyll is the one that fell out of the ugly tree and hit a few branches on the way down.

Danzzz88 (Aug 7, 2021 at 2:59)
@drjonnywonderboy: Well yea that thing is hideous, but tbh I don't remember the last time Cannondale ever made a nice looking bike

Beaconbike (Aug 7, 2021 at 18:29)
@drjonnywonderboy: the linkage looks like it would be a really flexy frame

JosMaple (Aug 9, 2021 at 2:45)
@drjonnywonderboy: but how weird is the that vertical water bottle? Looks so odd… not to mention the bent down tube to allow for it to fit looks like a prime spot for smashing rocks

MonkeyBadgerBoy (Aug 7, 2021 at 6:39)
If they goy away early they may be alright. Just having a beer after a crash and rain turned some parts into an oil slick. Not enough skill in me so retired for a beer.

NateMob (Aug 7, 2021 at 7:52)
SX model cranks were the only feasible 165mm cranks I could find recently for a new build. Didn't bother me a bit knowing they were going to get hammered by rocks and roots anyhow!

DoubleCrownAddict (Aug 7, 2021 at 5:37)
Is Forbidden trying to make their bikes look like e bikes? Looks cool.

mitochris (Aug 7, 2021 at 22:21)
But I have no idea how they manage not to lose them. These fabric bottles are super minimalistic on the frame, and look great on road bikes but even there I have dropped bottles when going over speed bumps.

BenPea (Aug 7, 2021 at 11:48)
The factor that tips enduro bikes into ugly territory like no other is the horrible enduro seat angle *puke emoji*

Balgaroth (Aug 7, 2021 at 13:47)
Because the added value of those forks compared to the extra weight is already debatable for fast lads so for women I doubt they would see any difference but would still have to handle the extra weight. Add to this tue fact that they probably pay for their parts and may not change them every seasons.

Lineofbestfit (Aug 7, 2021 at 8:35)
If you check Fanatik, they have plenty of that dreadnought frame in stock.... Probably because the color is upsettingly ugly.

stubs179 (Aug 7, 2021 at 5:26)
Forbidden bikes are so ugly. High pivot bikes are usually ugly in general but Forbidden was like "hold my beer" when they put the ugly cherry on top with that seat mast situation. Just why????

notphaedrus (Aug 7, 2021 at 3:40)
TBH these must be some of the most ugly bikes out there! Probably not helped by the small sizes in some cases? There are some gorgeous bikes out there, must either be brand / sponsor affinity or maybe ugly bike work really well?