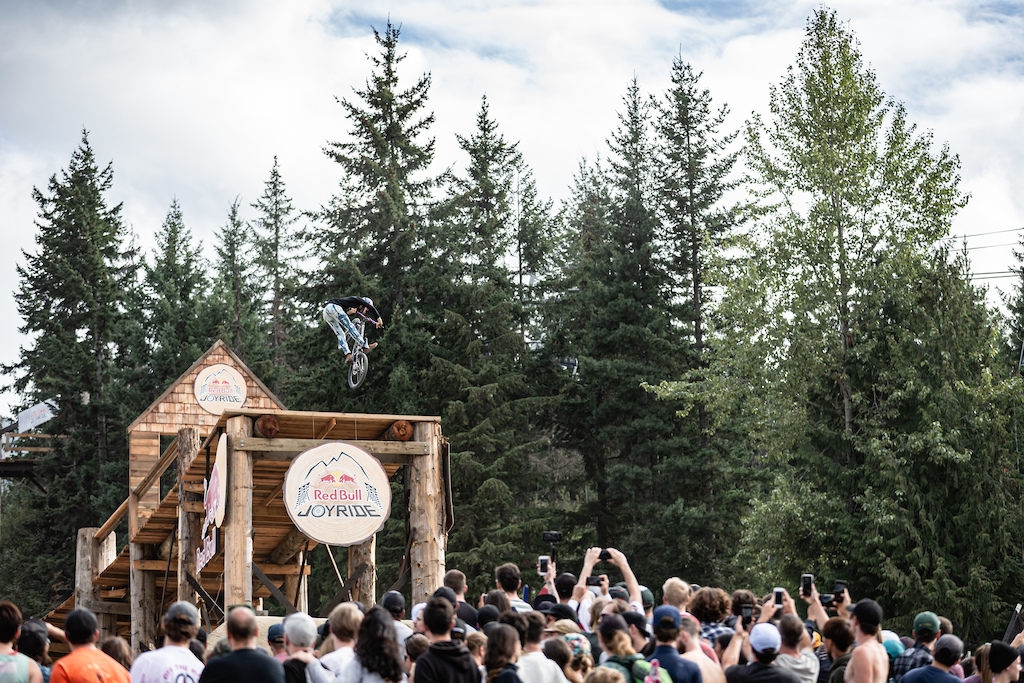 Sixpack Racing is heading into the new decade with some big changes. Four new athletes have joined the bike component manufacturer from Southern Germany – Slopestyle and Freeride superstar Emil Johansson (SWE), World Cup racer and master of style Phil Atwill (GBR), MTB-Trials and Downhill talent Gabriel Wibmer (AUT) and young Italian Enduro and Downhill shredder Carola Favoino. A new distribution setup and new products furthermore round out the start into the year 2020. Despite all the new, some things however remain unchanged: the successful cooperation with the Propain Factory Racing Team in the UCI Downhill Mountain Bike World Cup, the high quality of the Sixpack components and the exceptional passion for mountain biking, that the team at Sixpack shares with its athletes and all gravity enthusiasts and trail aficionados.

Emil’s unique style and his absolute will to get to the top by putting in the hard work required, make him a perfect fit for Sixpack. At 20 years of age, the Swedish Slopestyle and Freeride talent has already experienced more, than most athletes have in their careers. At the young age of 17, Emil started to compete on the FMB World Tour. Within his first two months on tour he managed to rise from an unknown to winning wildcards and ending up with a sensational 4th place on Slopestyle’s biggest stage - Red Bull Joyride. A year later in 2017, Emil followed up his fantastic debut on the scene with a remarkable season at the end of which he was crowned FMB Slopestyle World Champion. 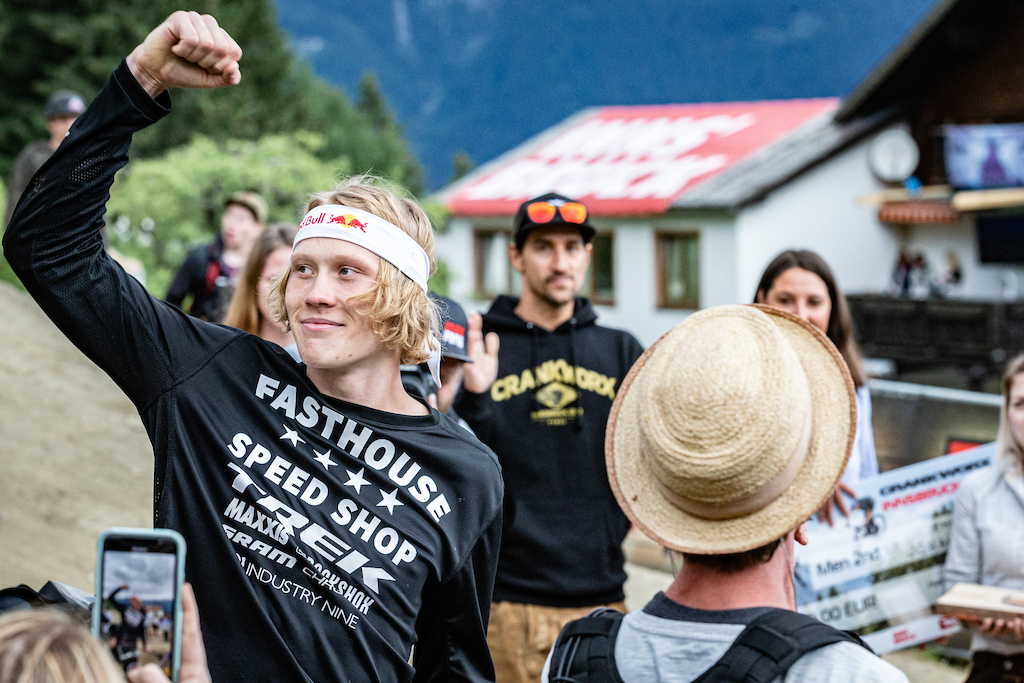 Emil celebrating his second place at Crankworx Innsbruck 2019
In 2018, after 10 months off the bike due to a rare auto-immune disease, the young Swede celebrated his come-back at Joyride, where after only a few hours of training he once again placed fourth in spectacular fashion. In 2019, everything finally came together for Emil as he took the win at Joyride, becoming the first European to win on Slopestyle’s biggest stage since 2012 in the process. Emil then followed up his victory at Joyride with a strong 12th place at his first ever appearance at Red Bull Rampage. Despite all that, the stylish Swede is not even thinking about slowing down and already has big plans for the next few years as part of the Sixpack team:

“It's a new chapter for me and Sixpack with a partnership that will see me using Sixpack bars, stems and saddles. It’s going to be an exciting time together and I am especially looking forward to developing new products together in the future. Watch this space!”

The second addition to the Sixpack team is Austrian all-round bike talent Gabriel Wibmer. With a number of podium appearances at the Specialized Rookies Cup, an Austrian U17 National Championship title and a win in the Crankworx Innsbruck Downhill U17 category, Gabriel is one of Downhill racing’s biggest talents. But that’s not enough for Gabriel. Outside of the tape the young Austrian entertains over 100,000 subscribers on YouTube with spectacular stunts on his trials bike. In 2020, Gabriel will be using SIXPACK pedals, handlebars, grips, stems and saddles during his film projects, as well as in the Junior category of the European rounds of the UCI Downhill Mountain Bike World Cup and at his ‘home’ UCI World Championships in Austria’s Leogang. 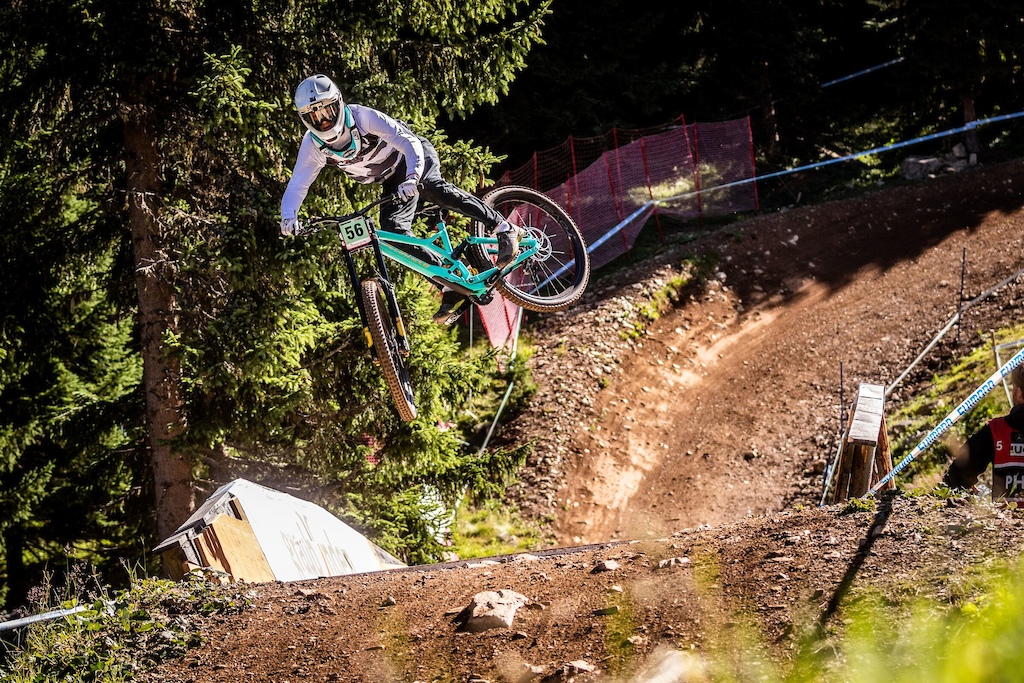 Gabriel styling during the Lenzerheide Round of the DH World Cup

“I liked Sixpack and the people behind the brand right from the start. The products, the quality and the huge selection are what make the brand so special for me. Sixpack offers me exactly the support I need for racing, especially when it comes to my bike, which is the reason I am looking forward to our collaboration so much. On top of the quality and the huge selection of products, I have to admit that I am a big fan of neon-colored bike components.”

Phil Atwill does not really need any introduction. Select few mountain bikers manage to combine Top 10 World Cup results with as much style as the 25-year-old Brit. Those, who remain unconvinced of this fact, just need to have a look at his section in the MTB film ‘Gamble’ or one of his many edits on YouTube and Instagram. Starting now, Phil will be using Sixpack pedals between the tape of the UCI Downhill Mountain Bike World Cup as well as outside of the tape on the world’s most fun trails. 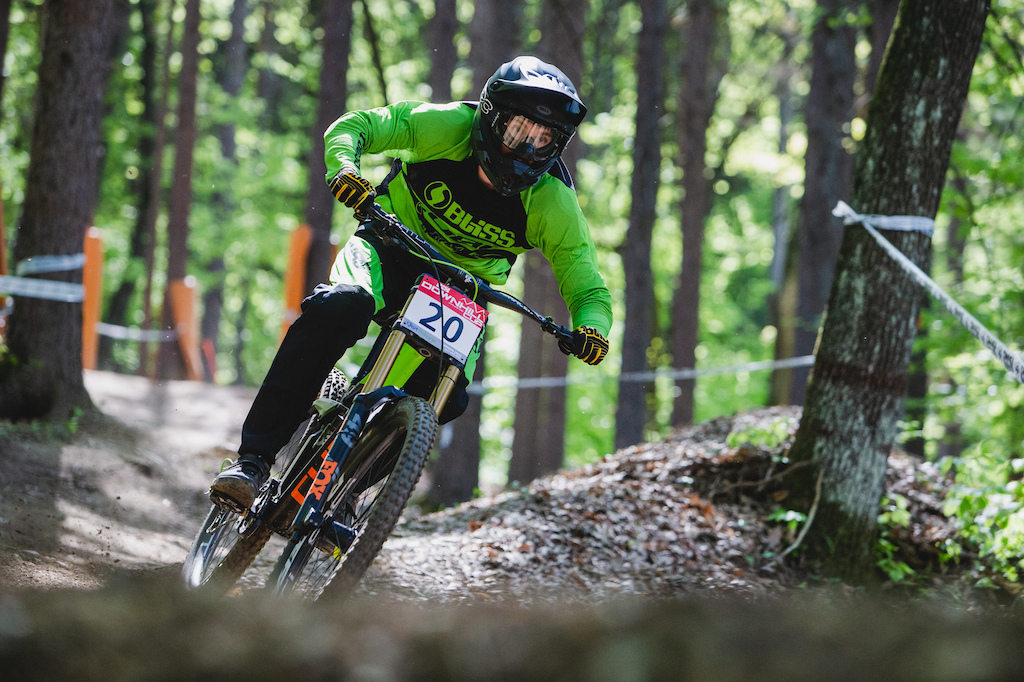 Top 10s and style for miles? It has to be Phil Atwill.
The team of Sixpack athletes is completed by the young Italian Carola Favoino. In her last season in the Junior category, Carola raised more than a few eyebrows with two wins at the iXS European Cup, the overall victory of the Italian Gravitalia Series and a second place at the Italian National Championships. In 2020, the young rider from Finale Ligure will start into her first Elite season with handlebars, stems and saddles from Sixpack and will compete in the iXS European Cup, select UCI World Cup rounds and in a variety of Enduro races. 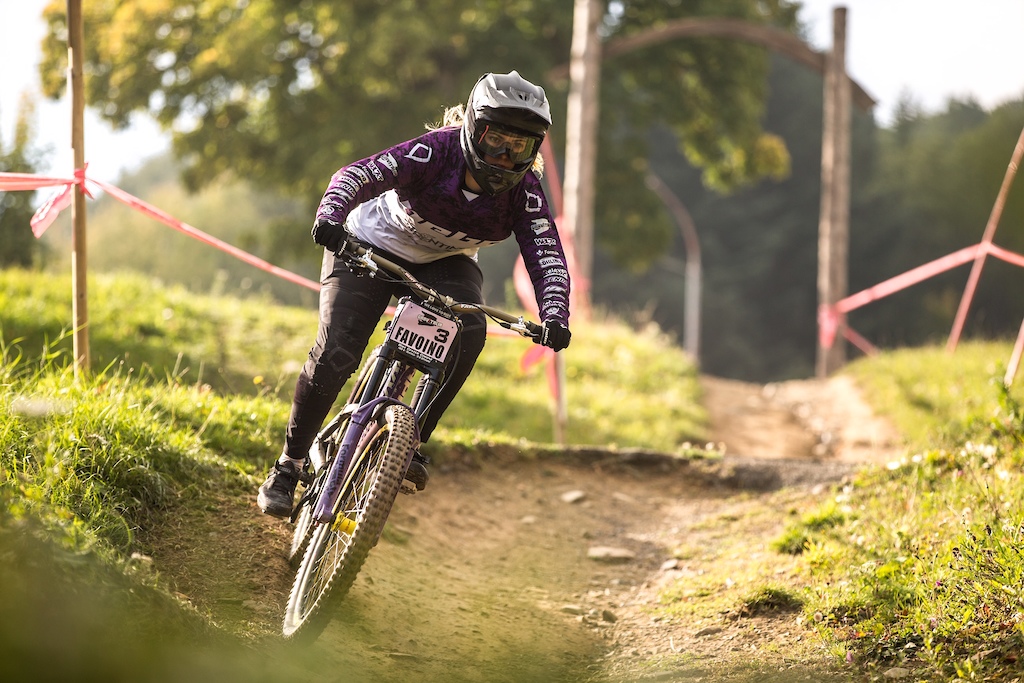 Watch out for Carola in her first season in the Elite ranks.
In addition to the new athletes, Sixpack has taken distribution back into its own hands and riders can look forward to a range of new products, that will expand the existing product portfolio. Sixpack components are available in select bike shops and online at sixpack-racing.com.

Proceeds to show a bunch of pictures where you cannot make out any details of bars, stems, or saddles- except that one where she's riding a Renthal bar.

chriskneeland (Jan 21, 2020 at 6:20)
Why name the company an English name and then have the entire site in German?