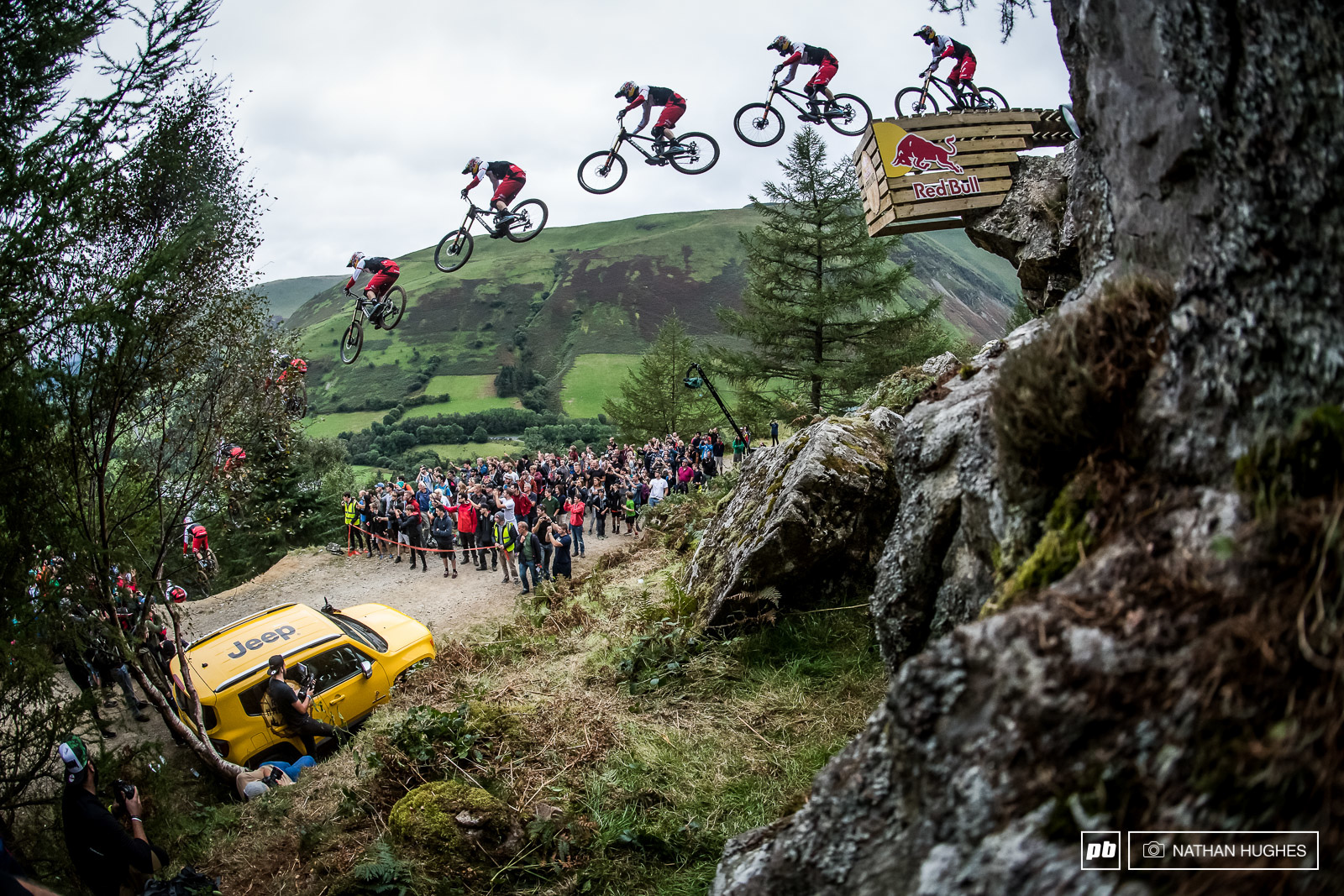 Red Bull Hardline is back for another year. The world's best downhill riders head to rural North Wales to take on the most difficult downhill course ever created. Check out some of the behind the scenes goings-on from social media.

2018 winner Bernard Kerr going huge. He will be one to watch this Sunday.

Ed Masters in on the sidelines this weekend with a broken wrist, but don't worry! He's created @edbullmediahouse to capture all the nugs.

Jono Jones shows what happens when you eject from a backflip clipped in...

Brage Vestavik is one of the best riders to watch on this course.

Was Hardline created for Kaos Seagrave?

Matt Jones decided to bring his hardtail up the hill for some impromptu slopestyle moves.

Joe Breeden getting a bit sketchy...

David Mcmillan gets the most sideways on the huge step up.

Laurie Greenland is another rider whose combo of DH speed and big hucks could land him on the podium this weekend.

In standard Welsh fashion, one day of practice was called off due to rain. So the kind people at Red Bull organised a game of rugby to keep the riders entertained.

Jaquill (Sep 14, 2019 at 0:13)
Imagine being that guy standing on the lip of the failed backflip. All is good, stoke is high, then a bike suddenly catapults towards you.

jimoxbox (Sep 14, 2019 at 0:50)
For a long second I thought the riders heads had been stuck on the welsh rugby teams bodies.. it’s been a long week

priest55 (Sep 14, 2019 at 1:54)
some good old freedom rehearsals taking place in the background there courtesy of the RAF

blitz66 (Sep 14, 2019 at 2:25)
That's fest size jumps between serious Welsh wet tech... You get it wrong you have serious consequences, if you're riding/racing this you're a top rider, there's more to it than podiums at races! That said, I'd like to see vink on this
Post a Comment