Brixen and the Plose trails

From Meran we moved on to Brixen to spend a day at the Testival, a biking festival held in the town of Brixen every year in October. It's noteworthy because its held in a town that's incredibly historic (Brixen is over a millenium old), incredibly touristy but yet so forward thinking that the town allows its streets and courtyards to have mountain biking tents, expos, shuttle pickup/dropoffs set up over a long weekend. Bravo to Brixen and to South Tyrol for being so progressive and so embracing of biking tourism; so different than some other European nameless tourism destinations who view mountain-biking as second-class.

Boris, our host at the Design Hotel Tyrol in Meran was actually planning on going to Brixen so we got a ride from him. However, it's worthwhile noting that the South Tyrolean bus and train system interconnect the two cities well. It would have been one bus and then a train ride to get from our hotel in Rabla to Brixen itself. Europe is so civilized in the way one can get around car-free.

This time around in Brixen we were privileged to ride with and be shown the trails by Steffi Marth and Michael Kull. The Testival grounds were packed full of activity and with visiting bikers enjoying the typical South Tyrolean sun and friendly atmosphere. Participating in the festival would be a great way to demo bikes, go on guided rides, meet fellow riders and see what this area has to offer. We spent the day doing two runs off the Plose gondola using free Testival van shuttles to get to the neighbouring Plose ski hill where a gondola takes you from valley bottom to the alpine at 2050m. We did a quick run of a new 6.6km flow trail directly off the Plose Gondola. This trail was a well built mountain bike specific trail replete with berms, small booters and lots of fun all the way to the bottom. We followed that up another gondola-assisted tour combining the more other traditional bike trails creatively named 3, 5 and 7! 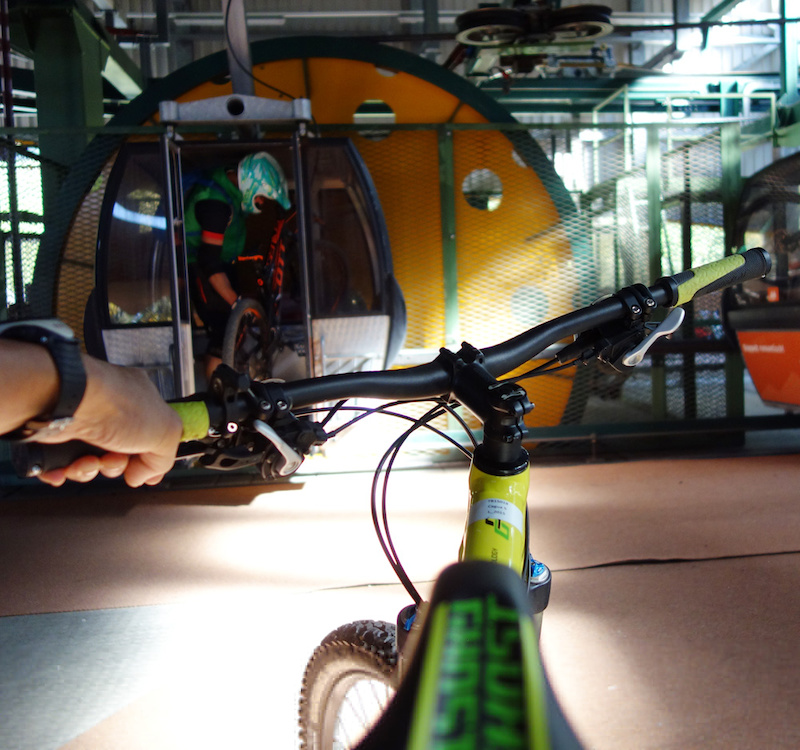 Bike transport via the Plose Gondola - so civilized 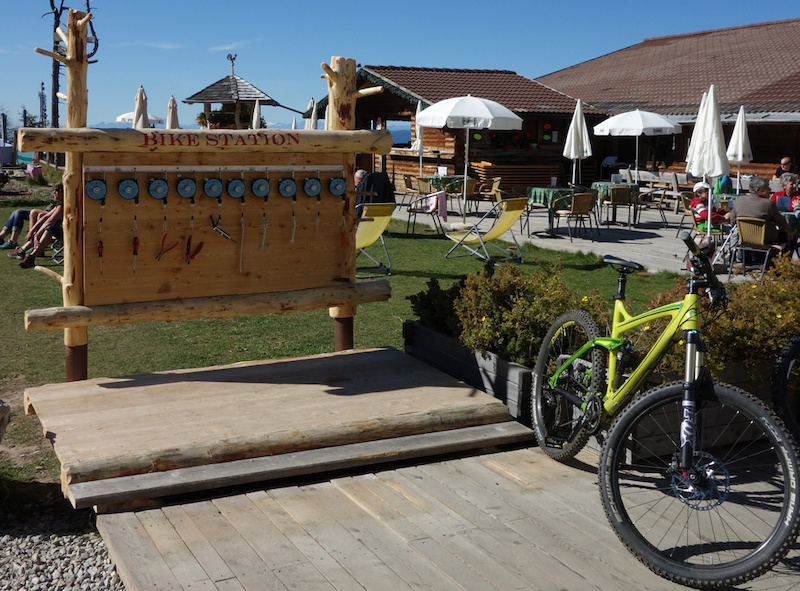 Our loaner Ghost Bikes after a 1200m gravity assist uplift. Perfect for the pedalling and downhill 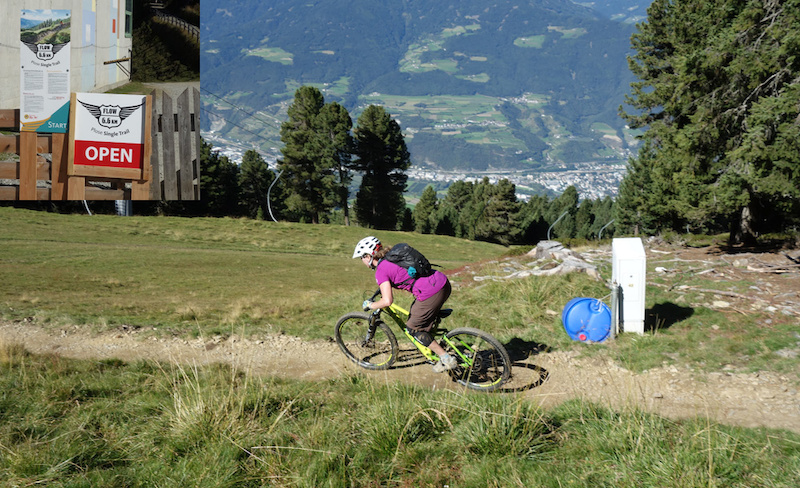 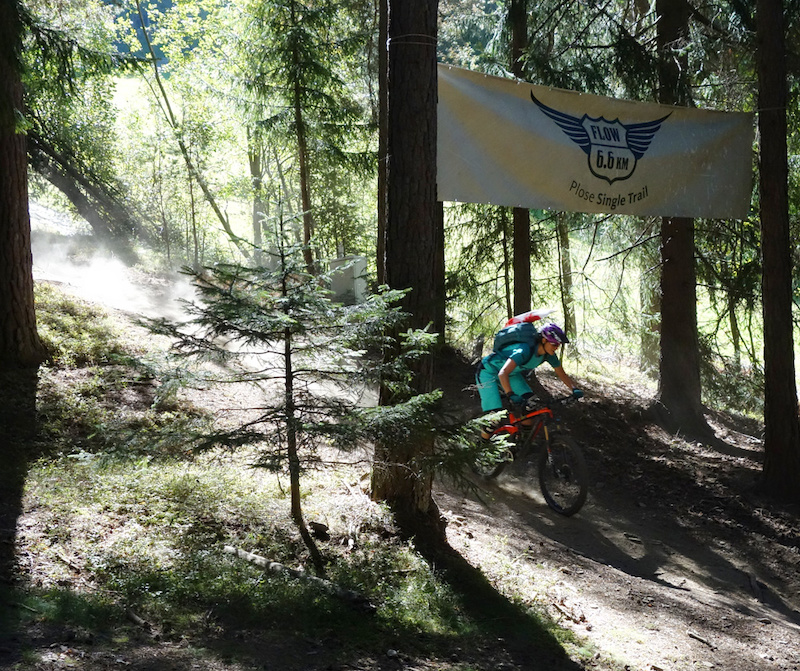 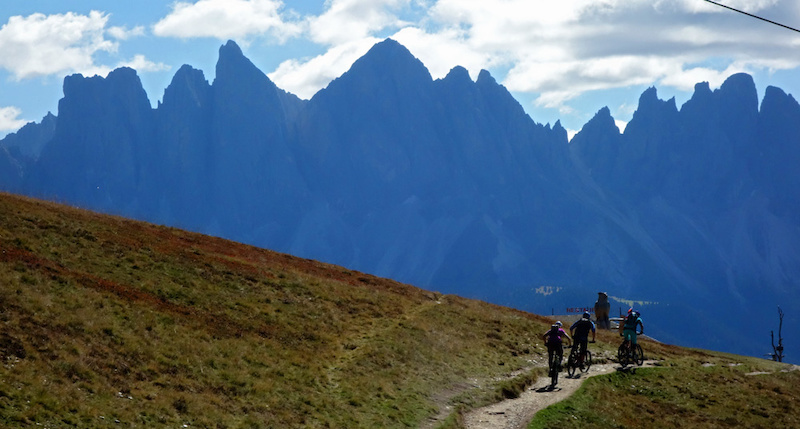 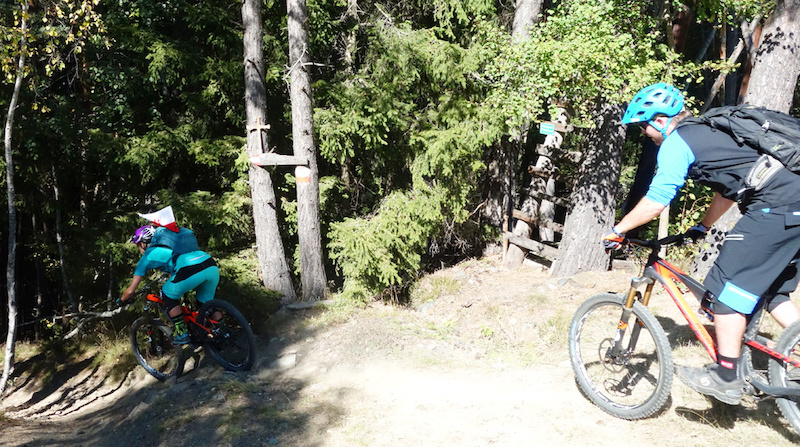 Down the tech of the imaginatively named trail 3 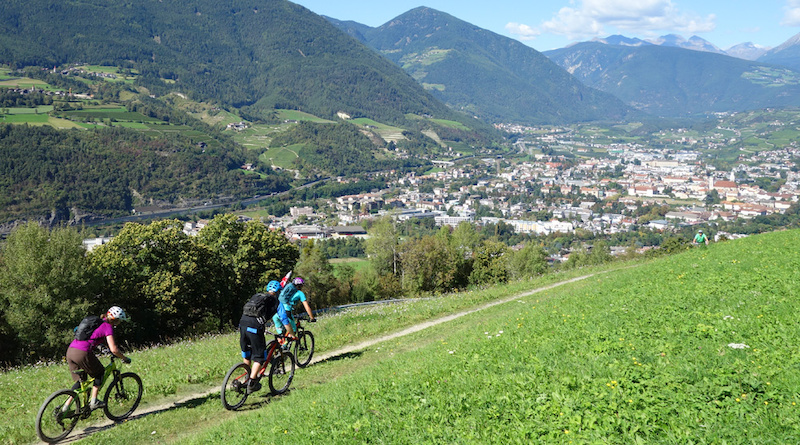 Back to Brixen via pastorale paths and farmers fields

Bruneck and the Kronplatz trails


The next day we travelled to Bruneck to ride with Michaela, Markus and Matthias on one of their local trails. The trails from today and from Brixen yesterday were high quality singletrack of a duffy calibre that we’re not used to seeing in Europe where frankly, often we are linking up odd patches of singletrack linked with roads and doubletrack. The local Bruneck trails were in the Greinwalden area consisting of a stiff climb followed by one continuous downhill. We then rode through town (after first stopping for some classic knoedl and kaischerscharmm) then wound our way up and over some local park trails near the historic Bruneck Heldenfriedenhof (Military Cemetary) eventually ending up at the Kronplatz ski hill.

A word on the Kronplatz trails. Markus is the local trailbuilder most responsible for the development of lift-served biking in the area which started when he was contracted to build the Herrnsteig downhill on the Kronplatz. Since then he’s had the good fortune to build the Furcia freeride trail and is hoping to build yet another trail. Kronplatz views are spectacular. Once again we luck out with the weather. We’re told that this might be the nicest weather this whole summer and a fun day to check out Markus’s new Furcia trail which is simply remarkable. Once again it’s one of the few lift-served trails that we might go back to re-ride in Europe. Trail routing is very intelligent; the Furcia is not too steep (a common mistake for many trails) and has berms that are deep and swallow speed. The Furcia's downhills culminate in grade reversals – good for shedding water and good for shedding speed to minimize braking and maximize momentum. Following the Furcia we then traversed and climbed to the Herrnsteig and rode that all the way to valley floor. 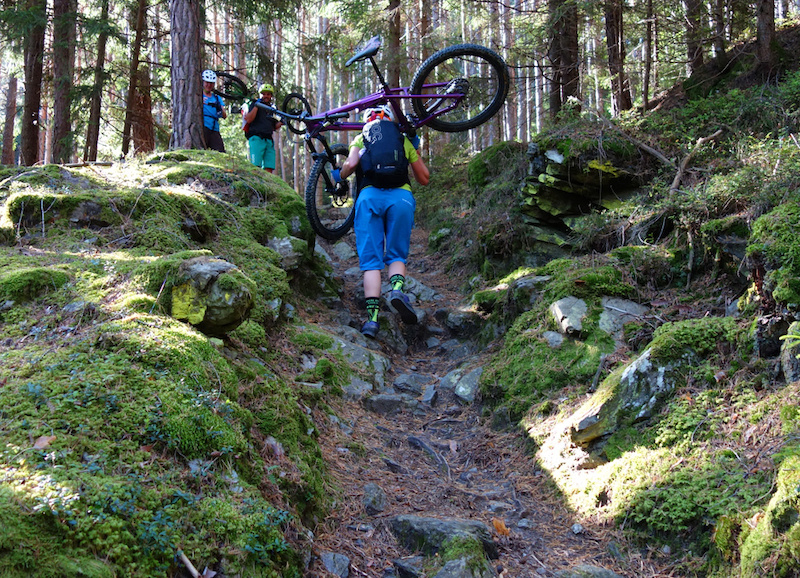 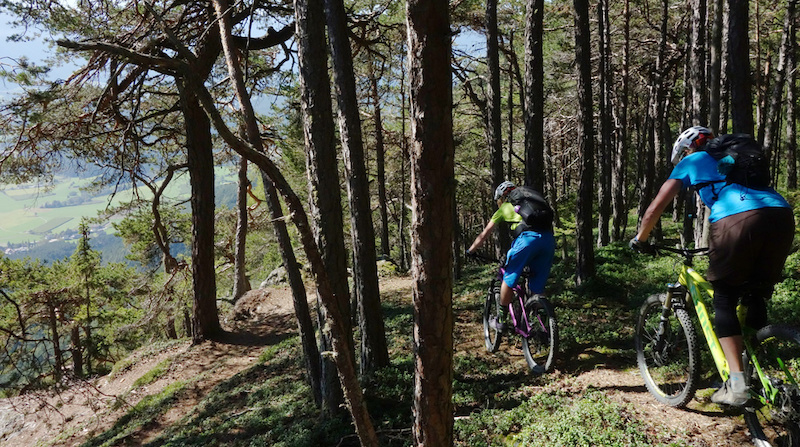 Great view of Bruneck at the top 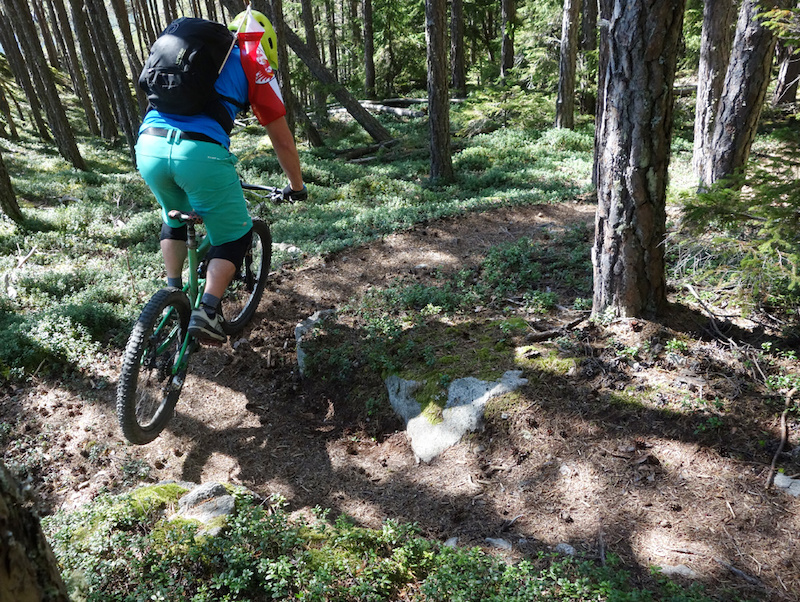 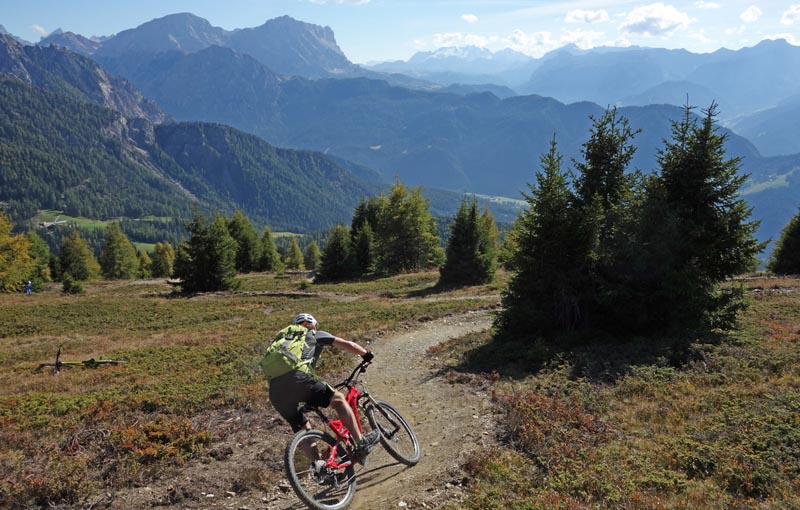 Dolomite views are sublime on the Furcia trail 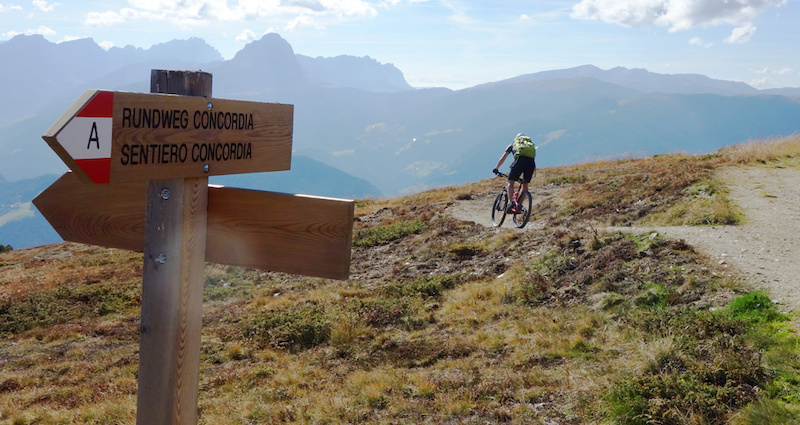 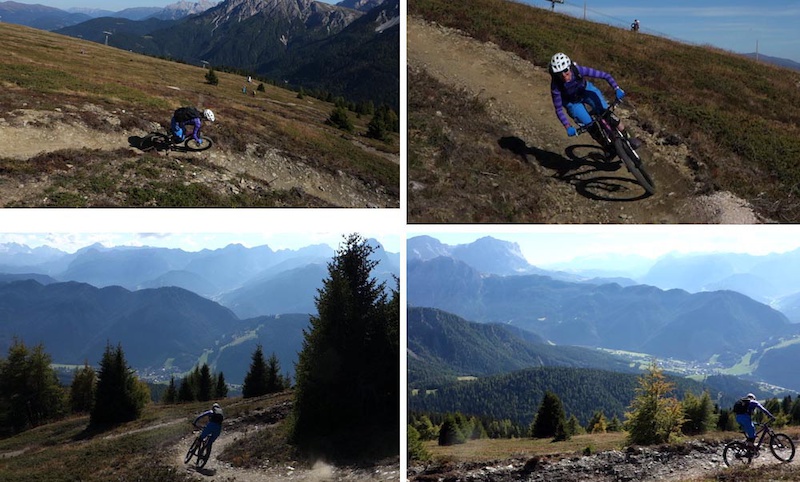 We stayed at the Hotel Jonathan which is another one of the consistently good Bike Hotels of South Tyrol. Go here if you want something quieter than in the middle of Brixen. You can get to this hotel either by an easy bus from Brixen or by the hotel taxi Toni picked us at Brixen and whisked us away less than a 15 minute drive to the Hotel Jonathan. The bucolic setting for the hotel is right in the middle of apple orchards and is sublimely tranquil. The Hotel Jonathan’s owner, Toni Uberbacher is another lifelong hotelier, long time local and an avid bike rider. You’ll feel right at home here. 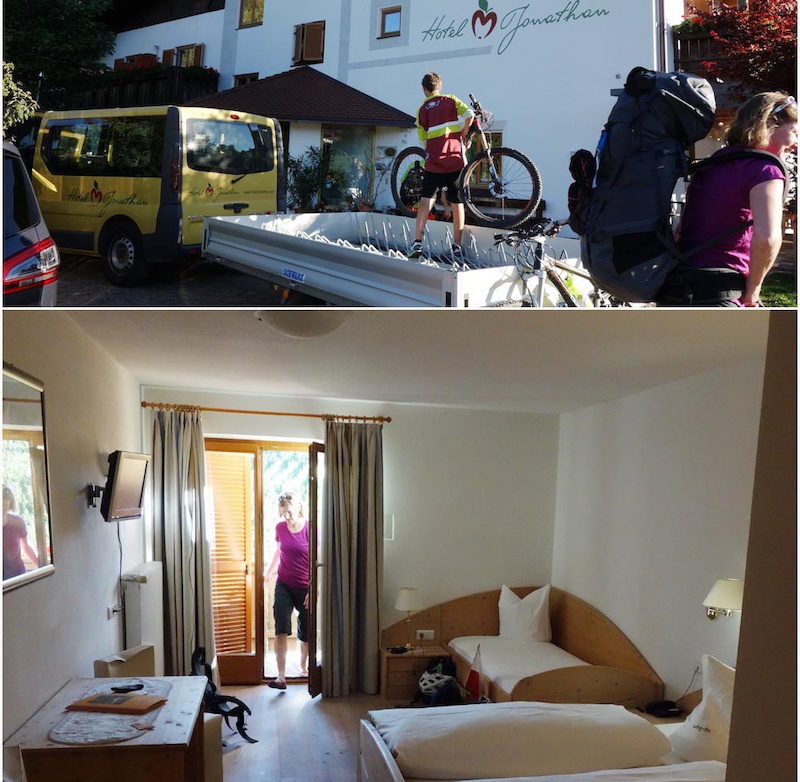 The hotel provides a transport service for guests. Convenient if you want to get from Brixen to the quiet of the countryside (the hotel is next to an apple orchard) 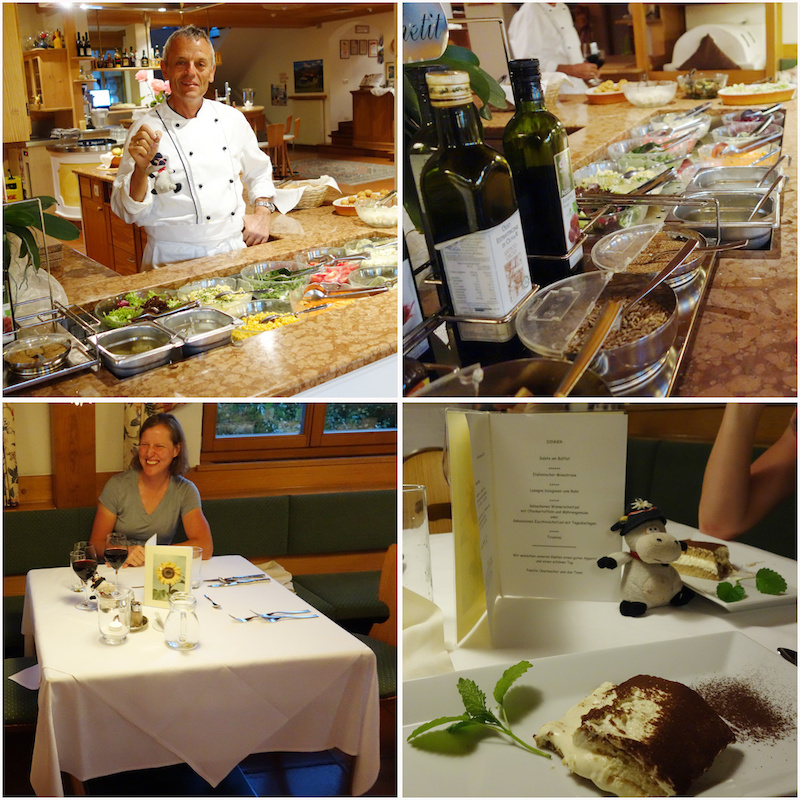 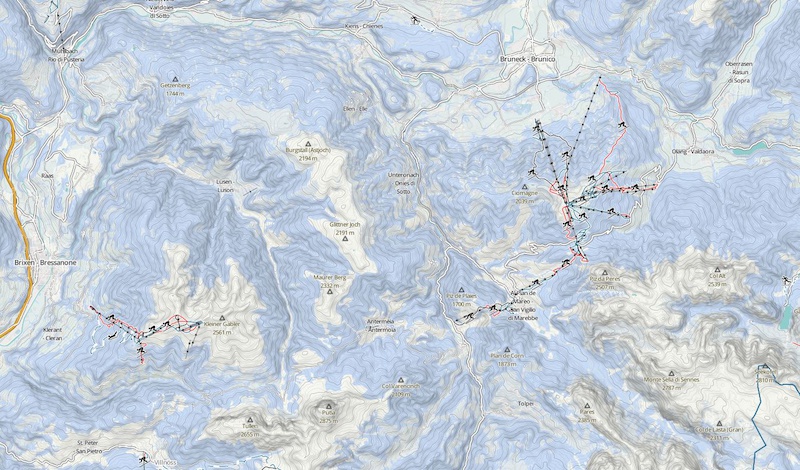 Select the largest map if you want more detail

Look out for part three coming next Sunday.

UncleGroOve (Apr 26, 2015 at 0:34)
The whole Trentino Alto adage region is multiple steps ahead in terms of the tourism industry. Hiking / Trekking /MTB / road biking you name it, they've probably got it covered. Great food, accommodation for any budget.
Then there's the scenery. Once you see the Dolomites with your own eyes you can't unsee them ever again

skunkrider (Apr 26, 2015 at 19:40)
cool trip. amazing scenery. i remember hiking around the Marmolata when i was a kid. not totally uncommon (in the early 70s) to find the sole of a WWI soldier's boot.

DirtMcGuirk07 (Apr 27, 2015 at 11:17)
if you need to find someone to speak English there, the German working the lifts can help you out. I was there last June, great place to soak in the culture, great food, friendly people, and awesome riding. I went there on a business trip, and before I went, I literally messaged people I found through Pinkbike in Bergamo the area I stayed in. I met up with 2 different groups of riders that took me on a local loop, one of dudes on one day just bought my lunch, and the next day another dude paid for my beer! People there showed great hospitality and couldn't of been nicer. Had a blast chillin and ridin with the local rippers!

ktnkgb (Apr 27, 2015 at 4:42)
I don't understand why some not-local-sponsored-riders should show you trails of a place where they do not belong.
I also don't understand why in the video above appears some lines build from locals to locals.
This is "poaching", and it has been perpetrated too much from people who try to take advantage from the work of the local riders, in the name of money and tourism, in a place (Brixen) where tourists have more benefits than the local riders.

rdb423 (Apr 26, 2015 at 7:26)
yeh!! so much better! I never stop to film! all about enjoying the ride! who cares about technology! just you and the bike! Thats all you need! Coming together as one! Nothing better than getting out on your bike! Absolutely love it! strava warriors are the worst too! Cutting corners to get the best time! The trail builders made the trail how it is for a reason! No cheating allowed! You should stick to the real original trail to see who can get the fastest time! Strava is rubbish on iPhones too! and android! so unrealistic! people say they do the trail in 10 seconds! I call bullish*t! nobody could do that! Not even my dad! And he was quick! But he's pro! guess not everyone else is! But its so hard to be pro! Just got to have big balls! He said if you take your brakes off your bike thats the best way to be quick! He's so quick i havnt been able to find him for the past 15 years! Not since he left me and my mum that dark tuesday night! But yeh I'm not upset about that at all!
it would defo be better of you did not stop to film! lol