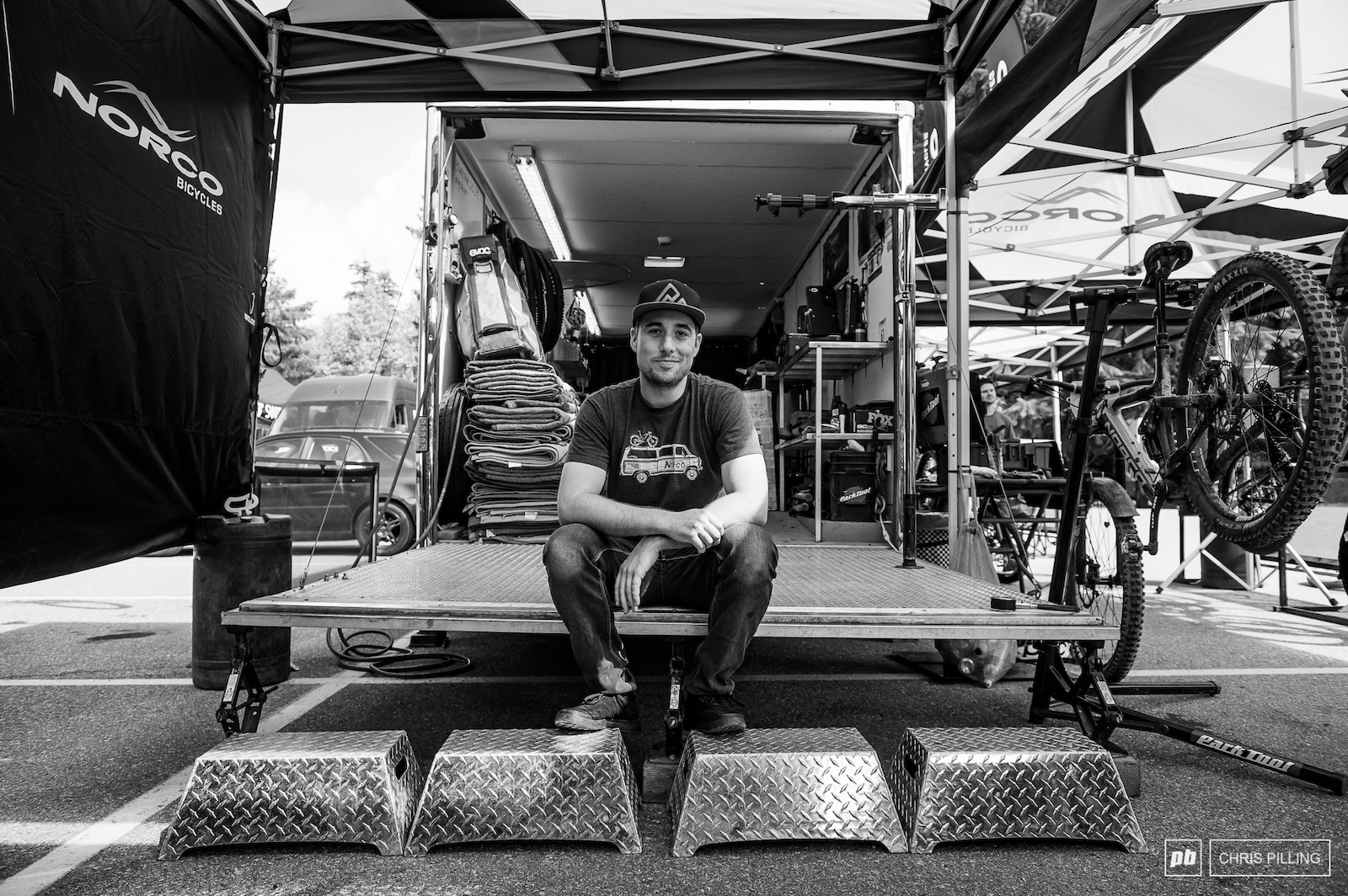 BEHIND THE ATHLETES
Words & Photography // Chris Pilling
For every athlete gracing the world stage, there is a team of people behind them making sure everything is as it should be. Of those people one person in particular has a very important job, the mechanic. Often overlooked and under appreciated by the public at large, a factory mechanic is responsible for making sure the bike is in the best possible shape so their athletes can perform at their best. Not a bolt under torqued or a derailleur out of tune. We pulled aside 5 mechanics to shed some light on the unsung heroes of the industry. 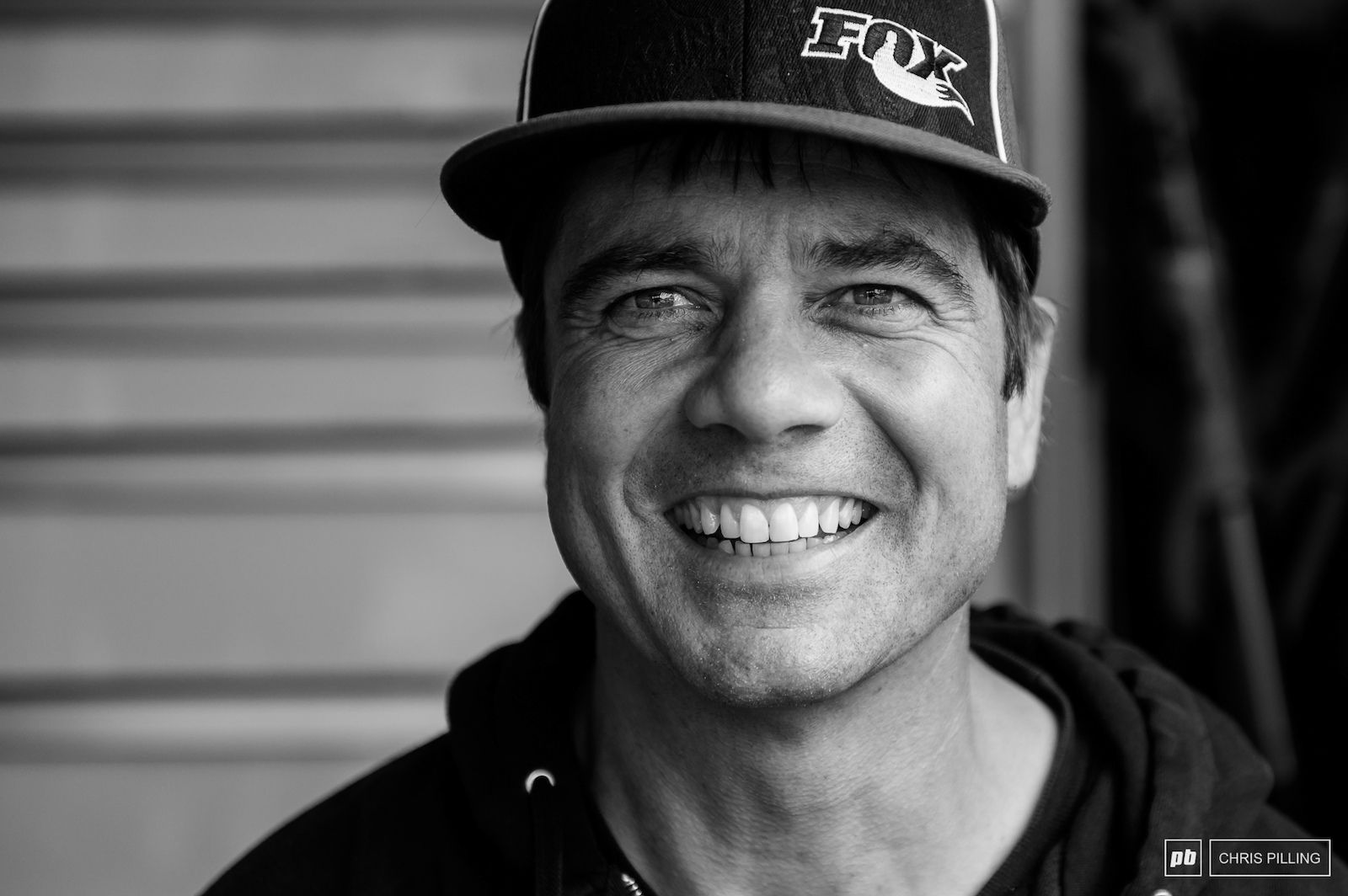 Peter Schenk is a suspension tech for Fox Suspension. He hails from Squamish, British Columbia just down the Sea to Sky highway from Whistler. He is responsible for athletes such as Richie Rude (who just won the EWS Whistler stop), Eddie Masters, and Brett Rheeder just to name a few. Before working on cutting edge suspension technology Peter got his start, like most, in a bike shop. From there he worked in the automotive industry before coming back to his roots in the bike world. Now he follows the Fox Factory trailer around North America supporting his athletes. 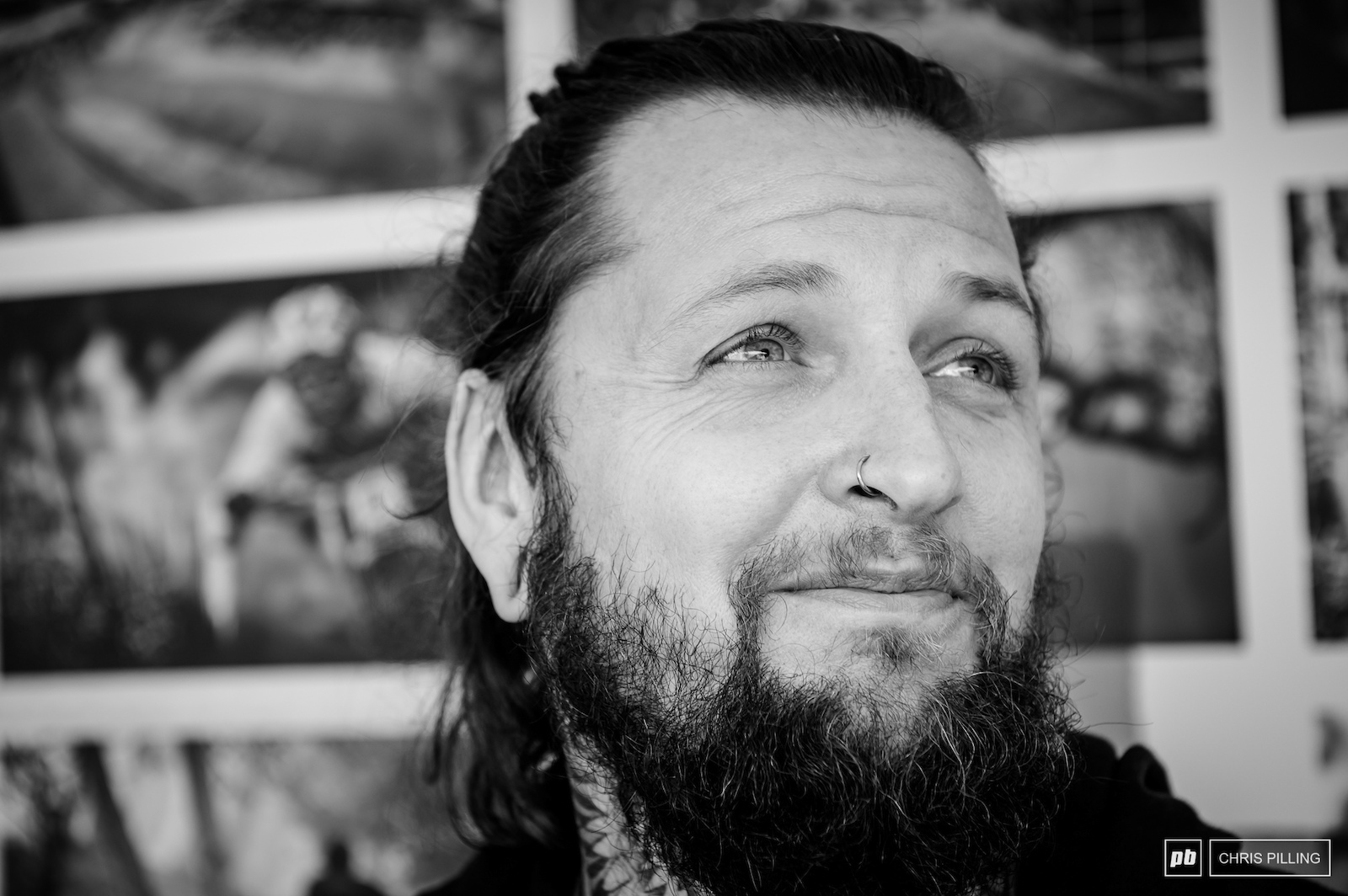 Larry Hartwich is with the Canyon factory race team lives in Germany. Larry is responsible for the man currently leading the EWS series, Florian Nicolai. He got his start as a privateer racer, with no support behind him he had to maintain his own bikes by himself. A tail as old as time in any race scene. From there he got to know his local bike shop and eventually was offered a job as a tech. A full decade later Larry finds himself following the EWS circuit wrenching for Canyon's best, and clearly loving life. 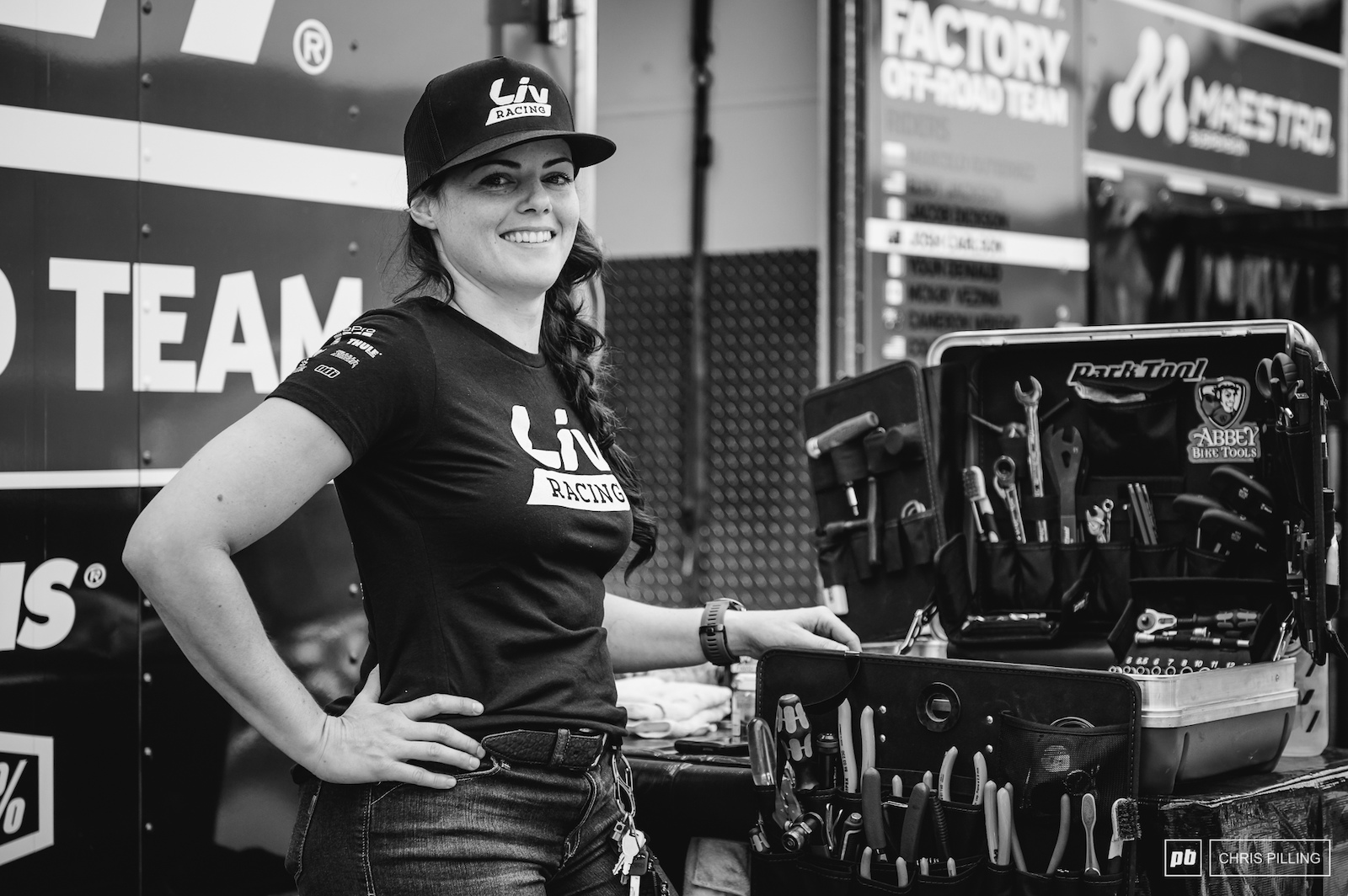 Jessica Brousseau supports the Liv factory racing, the sister company to Giant factory racing. Her main athlete is Isabella Naughton. Originally from Quebec, she moved across Canada to the west coast. Jessica now calls Vancouver home, living in her RV and travelling with the Giant/Liv trailer. 7 years ago one of her best friends, an owner of a bike shop in Quebec, offered to take her under his wing and teach her everything there is to know about wrenching. Well, it's clearly paid off as now she has her dream job that allows her to travel and do what she loves. On top of that in her off season, she teaches bike mechanics, passing on her trade to other would-be pro bike techs. 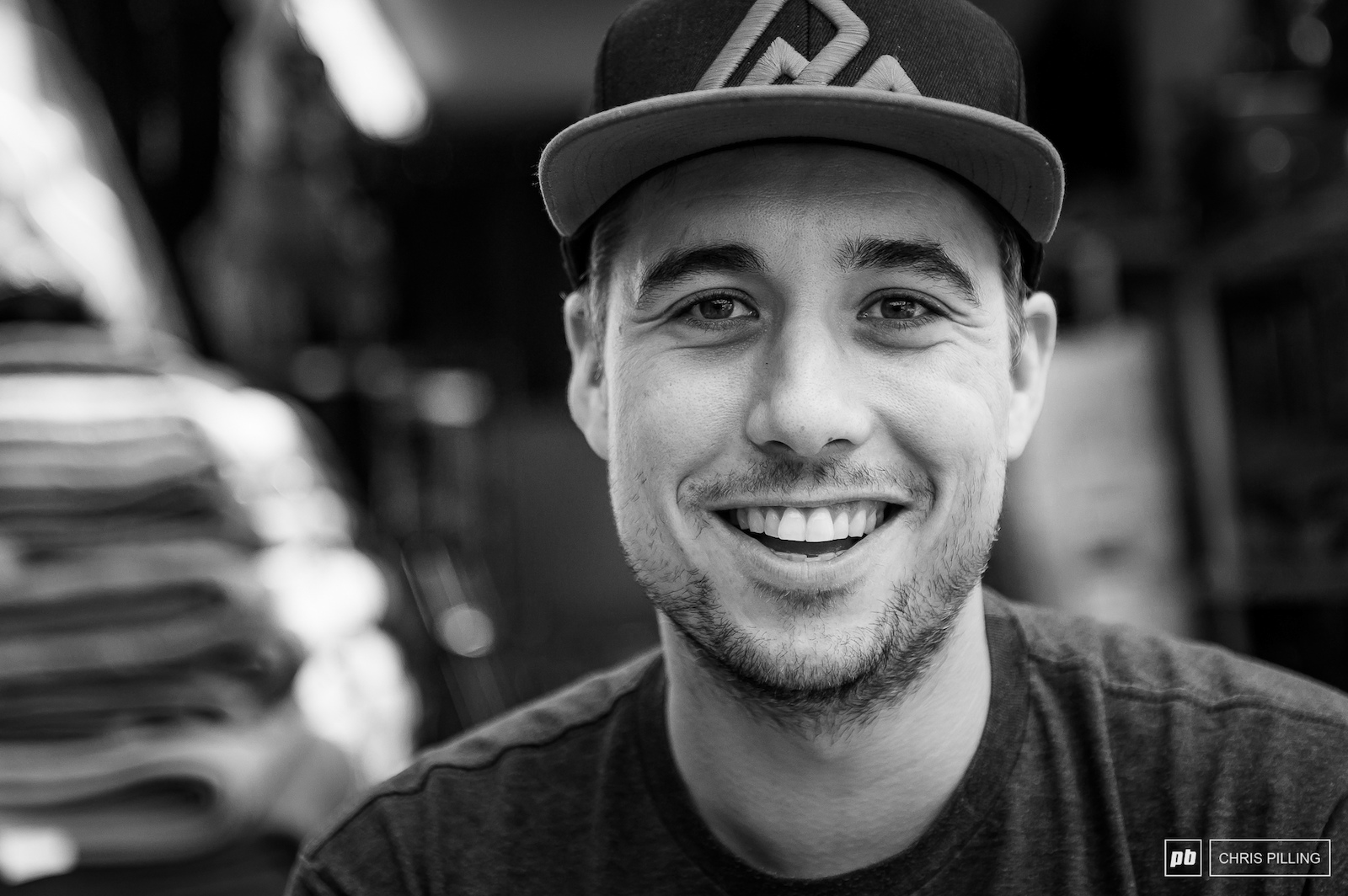 Darren Burns has been working for the Norco Factory Race Team for the past 5 seasons as Sam Blenkinsop's mechanic. As I met Darren he was putting the final touches on Sam's Aurum HSP. Adjusting shock and tire pressures down to the half PSI. He's originally from Invermere, British Columbia. A small town with a great riding community. Darren approached a local bike shop in town looking for a job and upon being turned down he said he'd work for free until he was worth paying. 15 years later Darren finds his year filled to the brim making sure the trailer is fully stocked with parts for the season and traveling the UCI DH circuit with Sam as well as overseeing the second team mechanic. 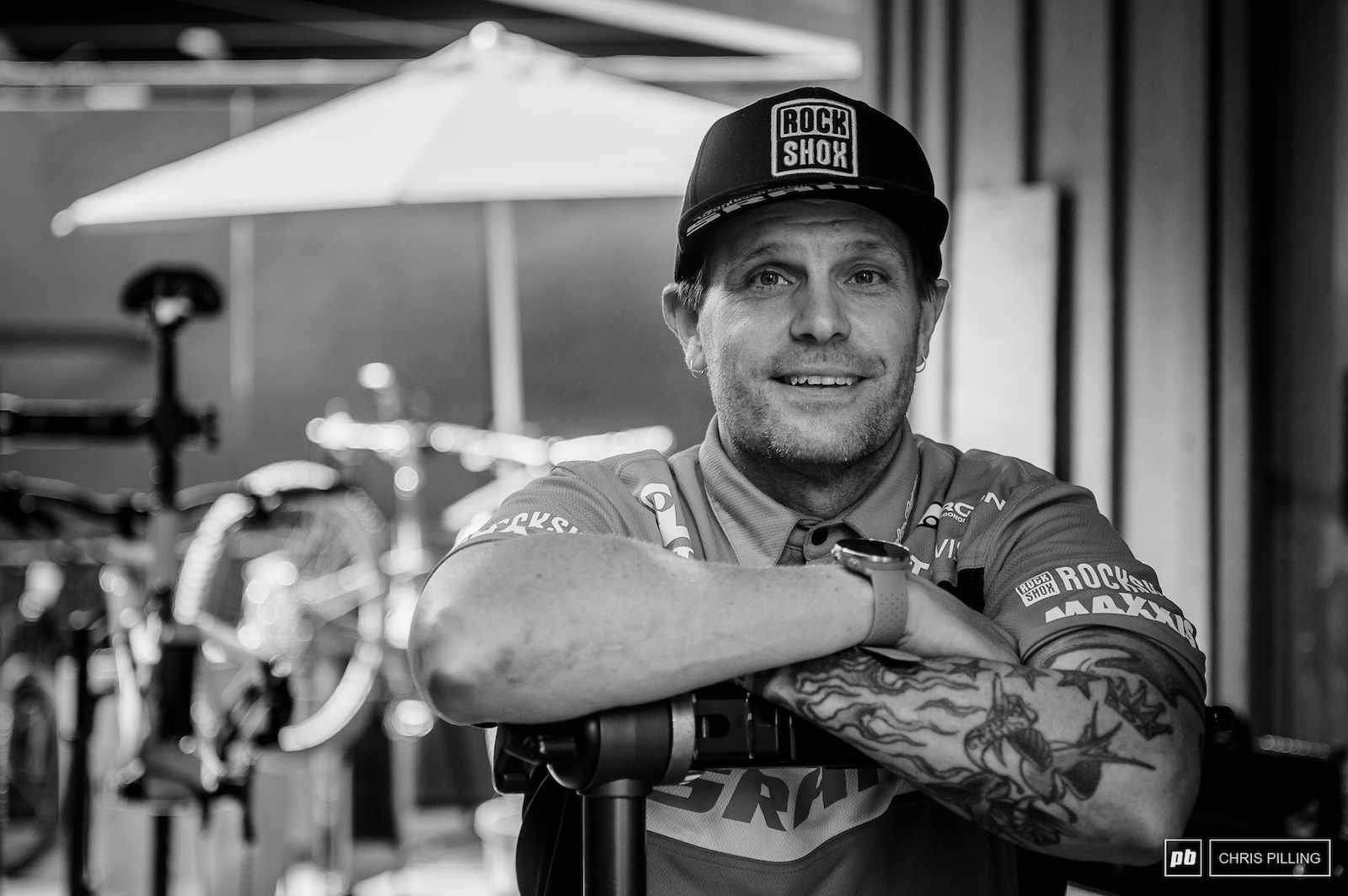 J.T. Evans wrenches for SRAM/TLD Racing Team and is out of Colorado Springs, Colorado. He wrenches for Lucas Cruz, a UCI Junior racer out of Pemberton, British Columbia and is currently pulling double duty for Vali Holl (current woman's junior world champ). J.T. has been on the UCI scene since 1999 when he worked for the Tomac Racing Team. Between now and then he has bounced around various industry jobs and in the last 2 years got the chance to get back into the scene. He got his start by, in his own words "running his mouth that I could fix bikes at a local road race". Once the word got out that he was willing to travel he was picked up as a team mechanic and all these years later he is still wrenching. J.T. helps SRAM across the globe and thanks his family for being very supportive with his time spent away.

GOrtho (Aug 14, 2019 at 4:55)
Enough bike park promo whip vids Pinkbike. I want to see some videos of these pro's teaching us some race wrenching tricks for all of us privateers!

JeffreyJim (Aug 14, 2019 at 15:08)
Vital has covered a few, but by and large you won't see an EWS/UCI WC mechanic doing much beyond having an incredible attention to detail, and strong understanding of their rider.

Little things like using markers on bolt/frame bits to see if anything has moved and needs to be re-torqued, bedding in brakes using a drill (lol), having Knipex to do everything with (and get your street cred high), marking your rider's brake/shift lever placement in some creative way so its always in the same spot, etc.

jorgeposada (Aug 14, 2019 at 15:19)
I was a mechanic and know some really talented people that boggle my mind. These mechanics are soo good these days I think it has brought the sport to a next level.

fullfacemike (Aug 14, 2019 at 19:10)
Having the pros talk about what steps are between local bike shop wrench and World Cup mechanic would be cool too. Things like taking the USAC race mechanic cert or if that kind of stuff is even important. What does an aspiring mechanic need to do on top of being good at their trade to move up to this level?

bok-CZ (Aug 14, 2019 at 4:20)
We should set up and celebrate some kind of a bicycle repairmen´s day to show some love to the wrenchers who are keeping us rolling

thesharkman (Aug 14, 2019 at 6:07)
Its amazing how rapidly pinkbike commenting can swing between being the bully and being a giant nerd.

nurseben (Aug 14, 2019 at 8:37)
or you could learn how to work on your own bike .... What amazes me is how many people don't know how to work on their bike. I love riding, but I also love working on my bike, there's a significant sense of satisfaction knowing your are rolling on wheels you built. I also like being able to help other bikers with their gear, though I find it wierd that folks don't really want to learn to do it yourself.

Braindrain (Aug 14, 2019 at 9:13)
@nurseben: I share your sense, I have worked out some people just aren't interested and other people like to be able to say the bike shop did this for me, or my mechanic did this etc.

provin1327 (Aug 14, 2019 at 9:18)
@nurseben: This right here. I am surprised how little people how when there is so much free information out there with Youtube, pb articles, forums, etc.

pcassingham (Aug 14, 2019 at 9:33)
@nurseben: Some people lack the mechanical aptitude to actually work on their own things. Yes it can be taught to some degree but it may also create some costly mistakes during that process. For myself, I love working on my own bikes now, years ago when I had a job that kept me from being home for long stints at a time, coming home to a bike (or other toys) that needed work instead of one I could just ride sucked. That was when I really valued having a good shop that I could leave my bike at when I was gone and it needed work.

Where "team of people" is actually a dude/chic who lives in the back of a van/trailer.
A lot of really hard work for a not so glamorous lifestyle.

carlpresseault (Aug 15, 2019 at 15:52)
Yeah you should definitely follow Jessica on IG (@jessicaclassbaba). You'd lean that she live the van life pretty much by choice and happily. She wrote that she's in the van not so often so it makes no sense to get a house or rent a flat.
It's not just about the money.

AinsleyTrimix (Aug 14, 2019 at 5:06)
If they are known as "Wrencher" in the US, then that would (inappropriatly) translate into "Spanners" in the UK

ceecee (Aug 14, 2019 at 6:17)
They are also called wrench in US. Could be confusing for children new to American English and is too close to tool for my liking.

"A tail as old as time in any race scene." Now, I'm serious, I'll be your proofreader for free until I'm worth paying.

shameless0tool (Aug 14, 2019 at 7:20)
This is awesome! But one thing to add would be some info about their mobile set ups. I always love seeing what mechs are willing to lug around, and actually need, versus what looks cool.

gravity354 (Aug 14, 2019 at 4:25)
All of us are riders and mechanics too. Seeing how pros wrench is giant bonus of racing features. Props to these folks livin the dream!

nurseben (Aug 14, 2019 at 8:41)
Like many things, doing something for a living is the fast track for turning something fun into work. Work does not make a dream, if anything it turns it into a nightmare. Being a pro mechanic is probably about as stressful and risky a job as there is, just imagine being in a position where you have to please a fickle professional athlete and management, both of whom are looking for a scapegoat, no job security because there's a line of johns waiting to step into the vacuum. I'll pass.

tripleultrasuperboostplusplus (Aug 14, 2019 at 9:39)
@nurseben: Your COMMENT turned something fun into a nightmare.

Mocope (Aug 14, 2019 at 11:15)
@nurseben:
Imagine you're Jordi Cortes and you just want to have an easy weekend after the last worldcup of the season and then Loris Vergier calls and says he's in town and his fox 40 is making dadada instead of dididi...

acdhrider (Aug 15, 2019 at 5:30)
After working in the industry for over a decade one thing I have learnt is that all top mechanics are always overlooked and under appreciated wether as a race mechanic or in a store. The skills these guys have and the attention to detail is incredibly high, often in stressful situations. Still remember visiting a place in Morzine when I was younger and getting Nigel to service my forks, one of the inspirations to get me in the trade. Please do an article on him, amazing mechanic who's been on the circuit for a while and through some tough times.

lou-talks-mtb (Aug 14, 2019 at 6:34)
"For every athlete gracing the world stage, there is a team of people behind them making sure everything is as it should be. Of those people one person in particular has a very important job, the mechanic. Often overlooked and under appreciated by the public at large, a ....."