Spotted: The Mondraker Summum is Back in Carbon 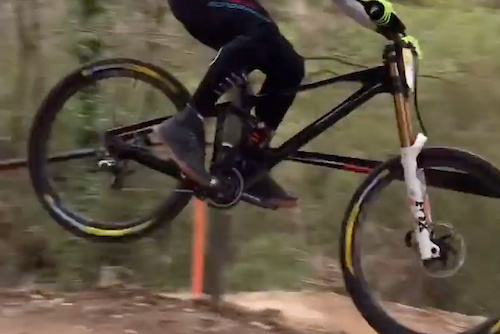 When the new Mondraker Summum was released last year, it was surprisingly available in aluminum only. We say surprisingly because the Summum always had a reputation for being one of the lightest bikes on the downhill circuit and the switch to a full-metal lineup would surely come at the expense of a couple of pounds in weight. However, this move was driven by Mondraker's World Cup riders who apparently found the aluminum bikes faster and more responsive.

Well, it looks like Mondraker might have changed its mind on that now it looks like a carbon version could be coming in the near future. The bike was spotted under Thibault Laly at this weekend's 4 Riders Bike Park race in Barcelona on a video posted on his Instagram stories. 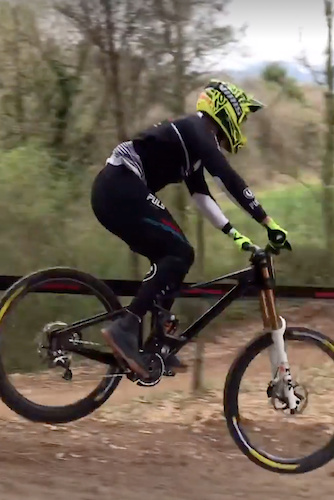 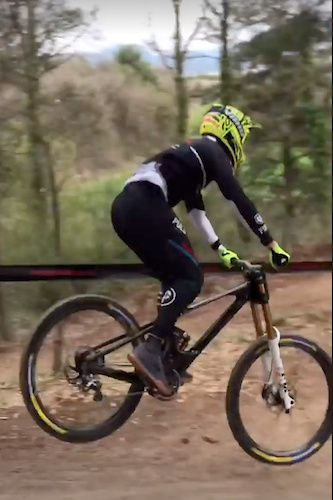 From what we can tell, the carbon bike looks to be very similar to the current aluminium model but with a few subtle changes. The tubes of the aluminum bike were slimmed down, bringing its silhouette more in line with the Foxy and SuperFoxy, and this design choice has been taken even further on this bike, especially on the top tube. It also looks like a brace has been added between the seat tube and the downtube. This was a feature on the previous generation carbon bike but is not featured on the current generation aluminium one. The other change we can see is that the headtube junction is a solid construction on the carbon bike, whereas there's a triangular hole on the aluminium version. 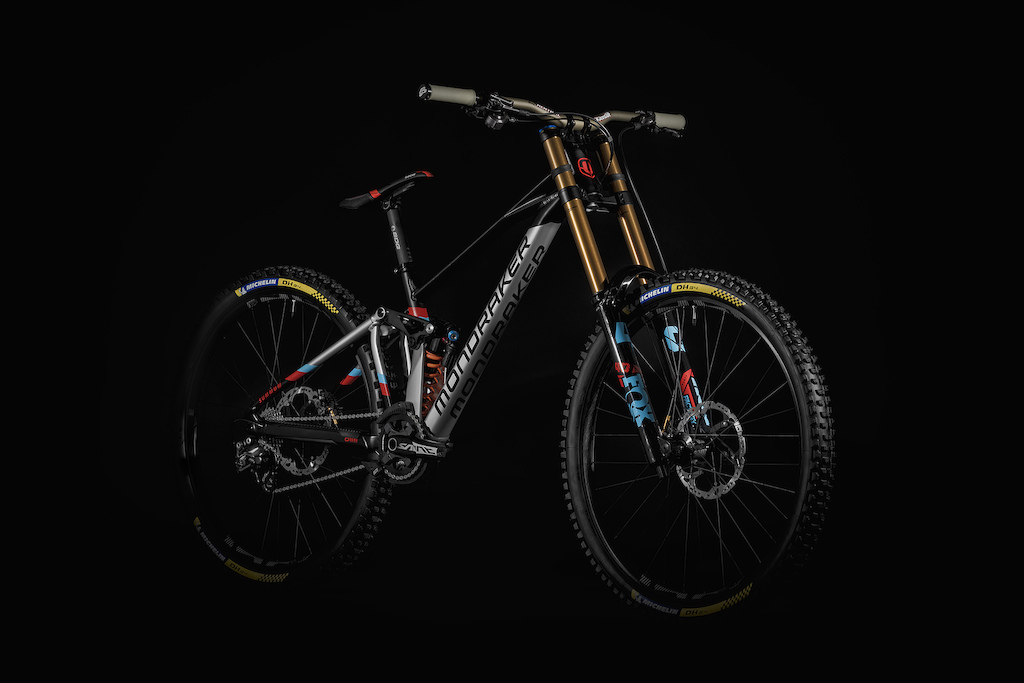 The updated Summum was released in aluminium only in September last year.
We can't tell if the rear triangle is also carbon or if the two frames will share the aluminium stays of the bike released last year. We also don't have any information at this time on tweaks to the geometry or kinematics, however both of these were updated for the current model in September last year so we don't imagine much will have changed since then.

rudymedea (Apr 12, 2021 at 10:58)
Maestroman has it, that top tube would be about as strong as a soggy McDonald’s paper straw if made out of a bike-grade alu

leviatanouroboro (Apr 12, 2021 at 12:04)
@rudymedea: it looks like it wouldn’t take more than a spin kick to break that top tube even in carbon form.

jaydawg69 (Apr 12, 2021 at 10:39)
"Mondraker's World Cup riders found the aluminum bikes more responsive, and that's what pushed Mondraker towards using the material for the final construction."

theobviousfaker (Apr 12, 2021 at 11:14)
And as always, Mondraker seems to be ahead of the curve. Trek only discovered that their riders "liked aluminium more" this year!

SonofBovril (Apr 13, 2021 at 1:02)
@theobviousfaker: I think the point he was making was: if the riders like the Alu version so much, why make a carbon version?

jaame (Apr 12, 2021 at 11:13)
I love Mondrakers. I've just bought a Dune and turned it into a Mullet. Total weapon it is. It looks unreal, goes like a train and has a great ride feel. The suspension platform is also just right on the line of great pedalling charactristics and remaining active. Mondrakers are really expensive bikes, but there is something special about them that few other bikes have.

Mondbiker (Apr 12, 2021 at 11:18)
dune as a mullet is a lesson in messing up BB height that was already borderline too high stock. I agree that it rides beautifully, they got the frame stiffness/flex just right.

maintrail (Apr 12, 2021 at 11:41)
I think this will be the next pinkbike game "Can you guess if it is carbon or aluminum from the siluett? “. I think I would be 99% accurate. And now that I dropping ideas, my autosuggest suggested pinkpike. Could be the next online fishing magazine.

pballbiker (Apr 13, 2021 at 2:16)
Ohh well another bike that is going to break in half after a couple months of use and send another rider to the hospital. When will we all realize that carbon sucks.. look at the old 26er bikes compare to now. There are way more newer carbon bikes breaking in half after like 4months. Id like to know if there someone that has a 10 yr old mtb thats carbon.

NorCalNomad (Apr 12, 2021 at 10:14)
Watch low res video where you wouldn't be able to see weld lines anyways... But that lower reinforcement around the shock is definitely different than the old alum.