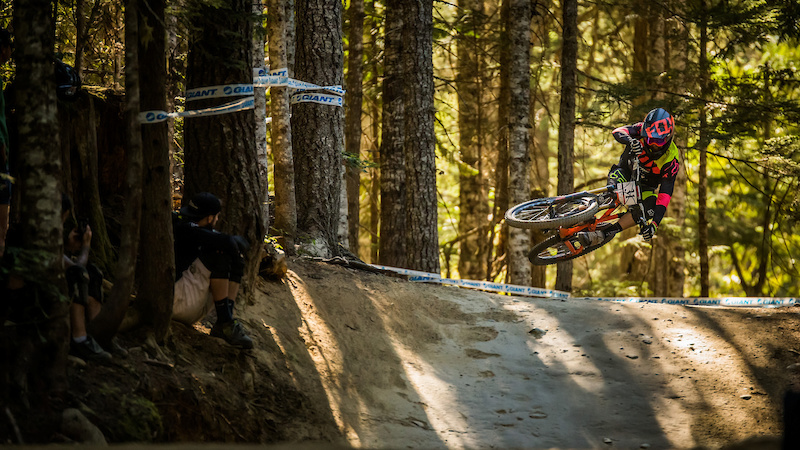 Call him what you will. One thing's for certain, Bas van Steenbergen has style. Lots of it. Style, skill, and speed, in fact. Last year he brought them all together when it mattered most, taking his first win as a Pro at Crankworx Whistler. Can he do it again this year?

We chatted with him ahead of this year's Fox Air DH as he takes on Whistler's most iconic trail to defend his title. 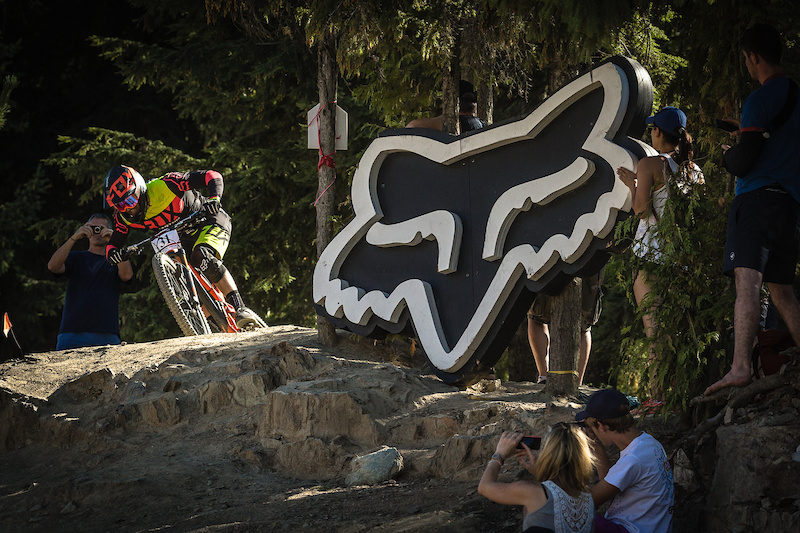 You won the Fox Air DH at Crankworx Whistler last year and took third in the Crankworx Rotorua Air DH. You’re starting to distinguish yourself as an Air DH ninja. What’s your secret?

I think I just enjoy riding that kind of stuff a lot—more pumpy and smooth. I have a hard time on steep tracks and just letting go of the brakes. I’m way better at maintaining speed through sections. So I think that’s a big part of it. I used to race BMX when I was younger so I think that helps a lot with it too, knowing how to pump those transitions and those types of skills.


We've really seen this niche downhill discipline grow with the Crankworx World Tour? We now have an Air DH in Rotorua, and we added one in Les Gets this year. Are there a lot of racers that are really into this kind of track. Do you think that’s why it’s become so popular?

Sure. I think it could still be a lot better, too. Obviously the A-Line one is super legendary, and that shouldn’t change, but I think there’s also so much room for improvement and adding exciting features to these tracks as well, so that it’s not just sprinting and scrubbing over little jumps. I don’t know. I’d love to see changes like that, and hopefully it just keeps growing.


You talked a little bit about A-Line and how it’s so legendary. People are always coming to Whistler and talking about A-Line. Can you describe it for someone who may not have ever ridden it? What makes A-Line so good?


You called it “never-ending.” Is that part of the challenge in this race? Is stamina something really key to be successful?

No, it’s definitely more of a sprint, and I think it’s gotten a little less physical and more technical over the last couple years, just with the way they’ve changed the trail a bit. But it’s definitely a different skill-set to ride A-Line, versus how to race it. I never ride A-LIne at race pace. Usually I’m just cruising through it. It’s definitely very different. 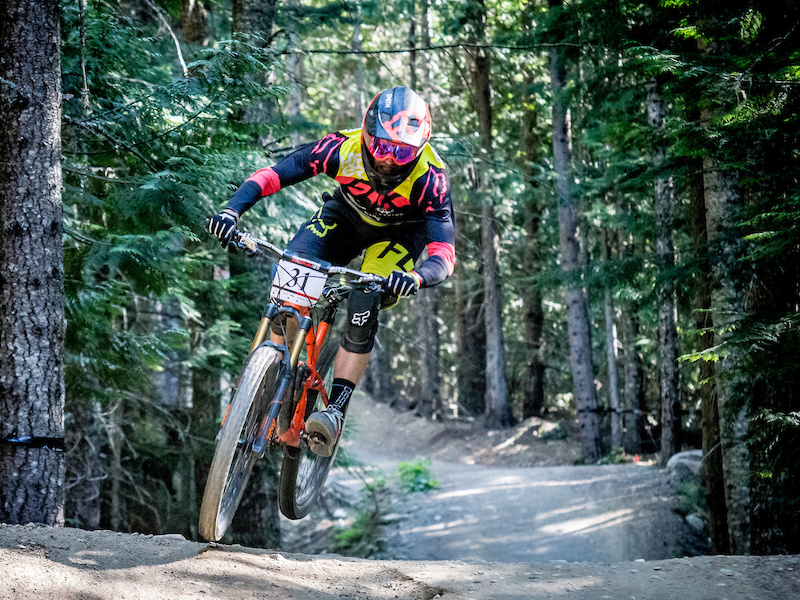 How is it different? What do you do to prepare for a race day on A-Line?

I try to tell myself it’s just another A-Line lap, but do it as fast as I can possibly go. I definitely look for very different lines, more off the sides of the lips, and make sure I set up good into turns to carry speed and not drift around too much. When you’re just riding it, you’re just kind of blasting the jumps and doing big whips and cutting in turns and drifting. It’s all fun but it’s not necessarily fast.


Can you take us through your 2016 run? I remember you ended up in the hot seat super early and were just sitting there, sweating it out for a substantial amount of time as some of the world's top riders came down. What was it about your run that day that you think really set your run apart?

I’m not too sure, to be honest. I was riding well. I was feeling comfortable on the trail and comfortable on the bike. I didn’t necessarily think the run was anything too special. When I came down I thought, “OK, I’m going to be top 10.” But definitely wouldn’t have thought I was going to win. When I was sitting in the hot seat I thought, “Yeah, I’m pretty sure I’ll get a top 10” but then it was like, “Oh, maybe I’ll get a podium” and then "I might actually win this.” It was better than I expected it to finish, that’s for sure. 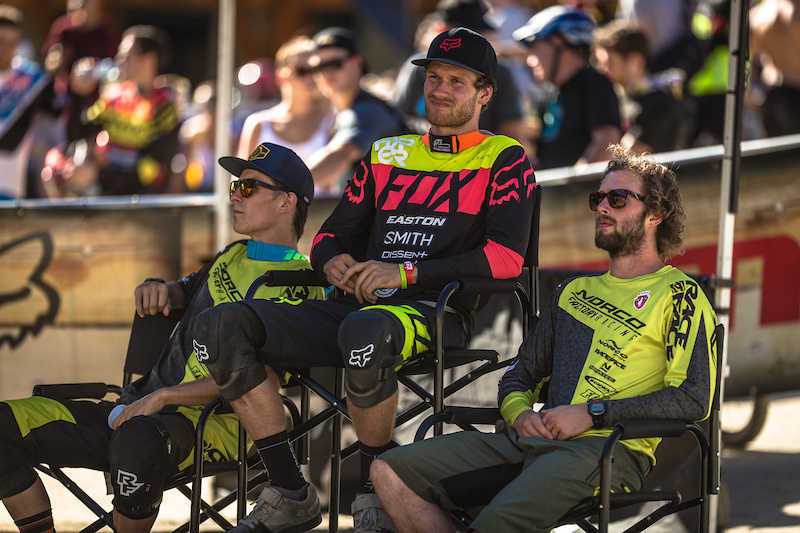 Sweating it out in the hot seat... Clint Trahan photo

And that ended up being your first Crankworx gold as a Pro.

Yeah, in Elite Men. I’ve won the event in Junior too, actually. But that’s obviously a whole different thing. 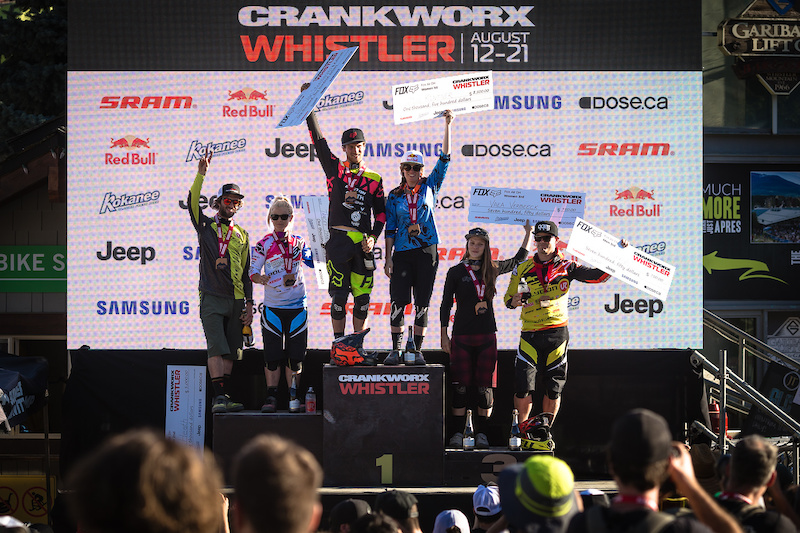 So how did that feel to take that win? Your first Crankworx win as a Pro, in Whistler, biggest event of the year.

The whole week was awesome. I raced my brother in Speed and Style, and we battled it out. That was super fun. I was like, “Aw man, this week is already great. Can’t get any better.” Then the Air DH, and that obviously was super good. It was definitely the best feeling result I’ve had so far. 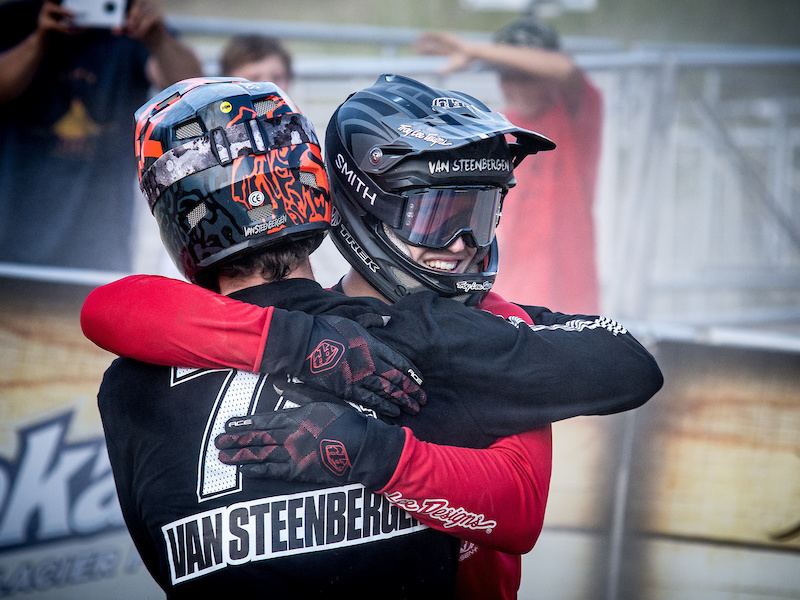 People love to talk about your style. How would you describe it?

I don’t know. I definitely try really hard to keep it smooth. Sometimes I’m a little too smooth, which might sound cocky, but what I mean is that I’m almost kicking out little tiny things too much to try and stay smooth. And then, I don’t know, I guess pretty loose at the same time, with what I’m doing in the air. So loose and smooth, hopefully.


2016 had some top career moments for you: winning the Fox Air DH in Whistler and racing against your brother for the bronze. How can you top that? Have there been any moments in 2017 that’ve come close so far?

I was happy with how I rode in Rotorua. Actually, I went to a big freeride event in Belgium, Loosefest, not long ago, and just riding those massive jumps felt like winning a race. But other than that, I don’t know. Winning is a whole different thing, that’s for sure. I haven’t felt anything quite like it this season. 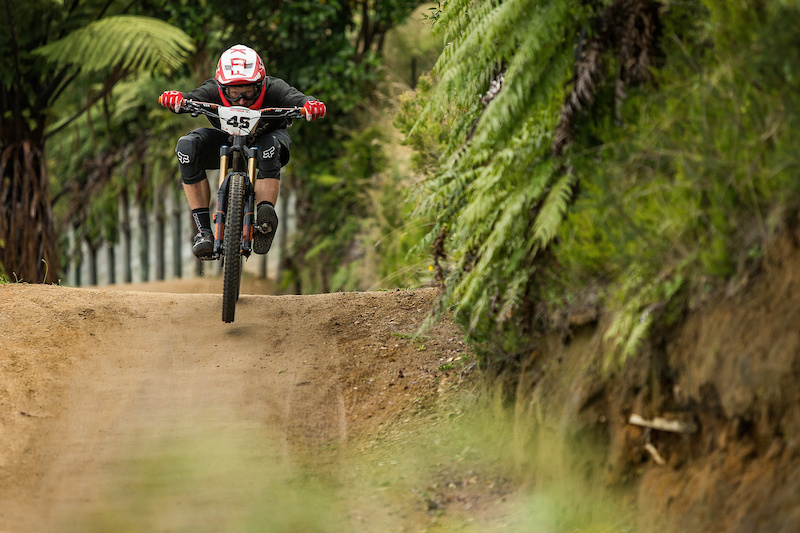 Cruising into a third place finish at in the Crankworx Rotorua Air DH. Fraser Britton photo

It’s been said that wherever you’re riding, you seem really at home, that when you’re travelling you seem instantly at home on the trails and have a really natural style. Where does that come from? That ability to ride all these different places and have it seem like you’re riding your home trails?

I don’t know. I don’t necessarily feel like that. I think one of the things is I’m not necessarily trying to do the biggest tricks, or even the biggest hucks, I’m just always working on being smooth and being fast, and kind of trying to make it look easy I guess. So I guess just putting all my efforts toward that instead of tricks, just makes it look like I’m more at home maybe.


Maybe, in a way, it’s a more relatable type of riding. You’re not doing any crazy tricks, so while you're a Pro, and you clearly ride like a Pro, your riding looks a little bit more similar to what they can relate to?


Is there one particular type of terrain that feels the most “home” to you?

I think just that tacky, perfect dirt we get around here. I feel like I have the best chance in that. Maybe a little toward the dryer side, but usually when it’s a little tackier.


So then coming into a week that’s looking pretty bone dry, how are you feeling?

Pretty good. It's what I usually ride at home, so I’m not too worried about it. It would be more concerning for me if it was super wet. I’m feeling really good going into it. Should be fun.


What are your goals heading into Crankworx Whistler 2017?

I try to come into it as much as possible just wanting to do my best, but it’s kind of hard not to want to win, and obviously the Fox Air DH—I’d really like to win that again. So that’s a big goal. Everything else, I’m just going to try and do well. I’d like to win everything, but I try not to set too much of a goal because I feel like if I just ride to the best of my abilities, without putting too much pressure on myself, that’s when I ride my best.


Do you have a favourite event? 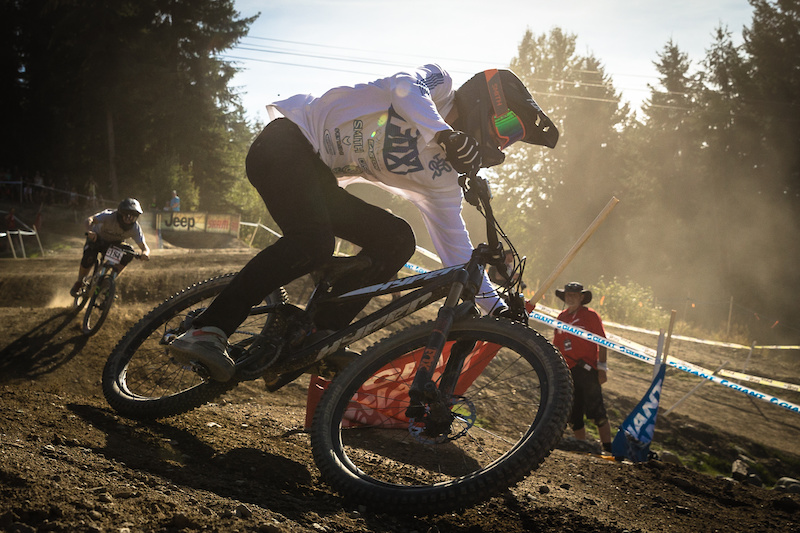 Does it change the dynamic for you at all, that the win last year was so big and so exciting for everyone watching, does it change things for you coming in with a lot of eyes on you and people wondering, “Can he do it again?”

Yeah, I think it’s changed it in that I’m a lot more confident that I can do it. I know that last year wasn’t a fluke and I should be able to it again if I have a good run. I’m not feeling too much pressure. Just excited for it.

scotttherider (Aug 15, 2017 at 15:35)
This is why people can't have nice things! When your first to comment it comes with great responsibility and you can't just go and waste it like you did...
Post a Comment