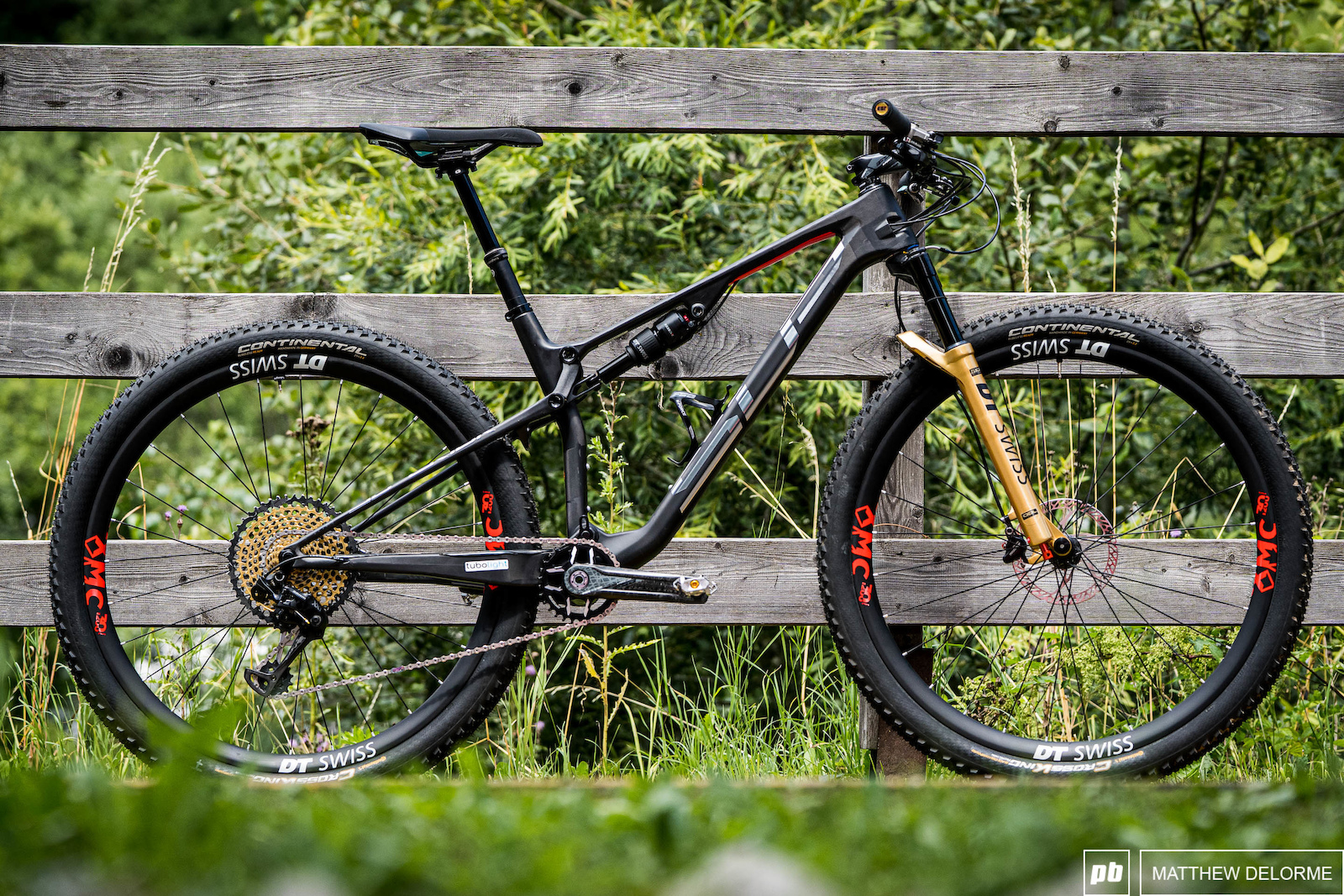 Czech company Superior showed up at the this weekend's Val di Sole World Cup with a fresh cross-country machine for their racers. The previous version of the all-carbon XF frame is to weigh just 1,900-grams, or just a touch over four pounds, and they're claiming this new version is a full 10-percent lighter.

The new XF's suspension layout is still a linkage-driven single-pivot system that uses flex at the axle to save grams while hopefully keeping the lightweight frame relatively stiff, but it looks far more refined for 2020. The front-end gets a sleeker design, too, and it makes that old bike look a bit awkward in comparison. It's not just the bike's appearance that has changed, however, as the main reason for the new bike was complete geometry overhaul.

Details are slim at this point, and while it likely has the same 100mm of travel that the previous XF sported, modern geometry is the real motivation. Depending on the size, the now-retired XF had a probably-going-to-scorpion-degree head angle (70.5 to 71.5-degrees) that seems steep nowadays, especially as cross-country bikes start to relax a bit. 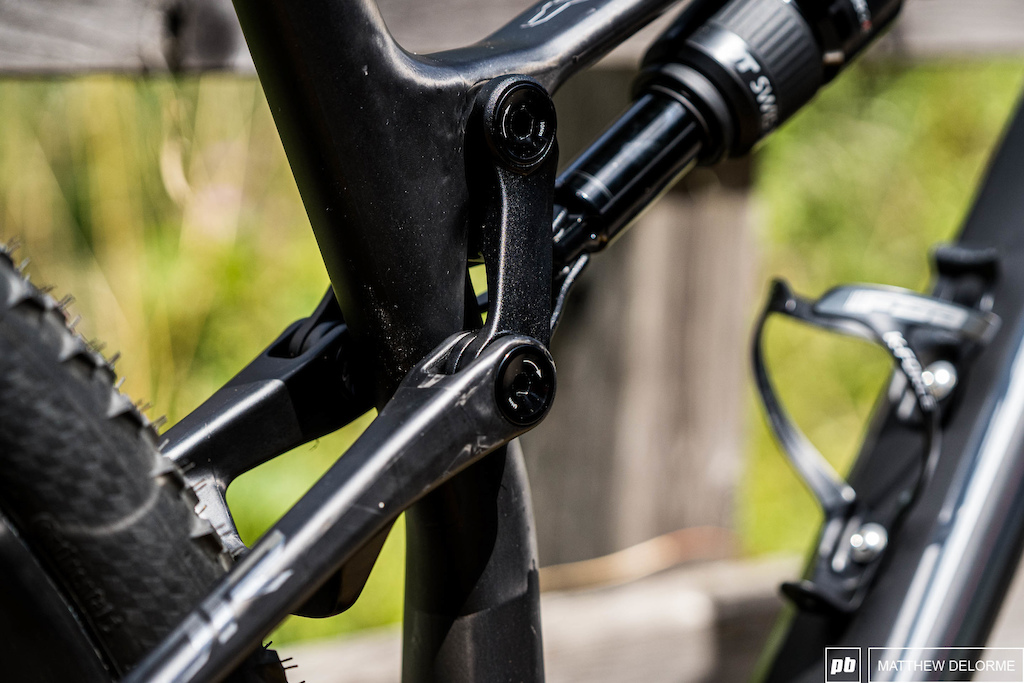 The single-pivot, linkage-driven suspension layout is retained on the new bike, but it's much more refined than the previous version. Travel is likely still 100mm.
The team's mechanic didn't give us the actual numbers, but he did say that they've taken a ''more new-school approach to a cross-country bike,'' and that it's slacker and longer. He also noted the bike's relatively low standover height and short seat tube, both of which appear to be much, much closer to the ground than the old XF. 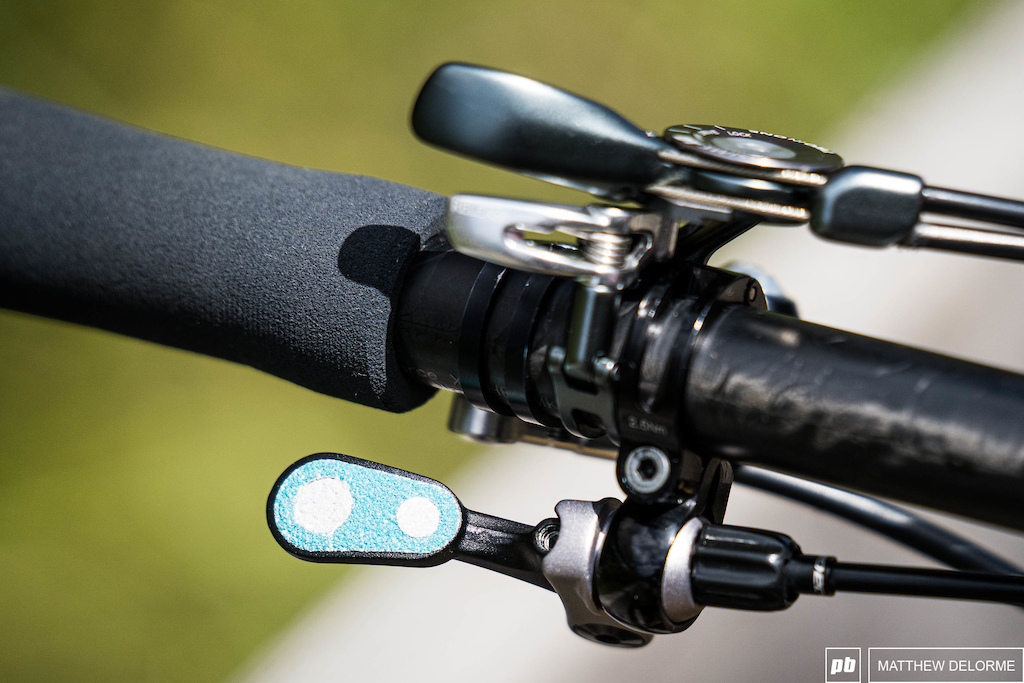 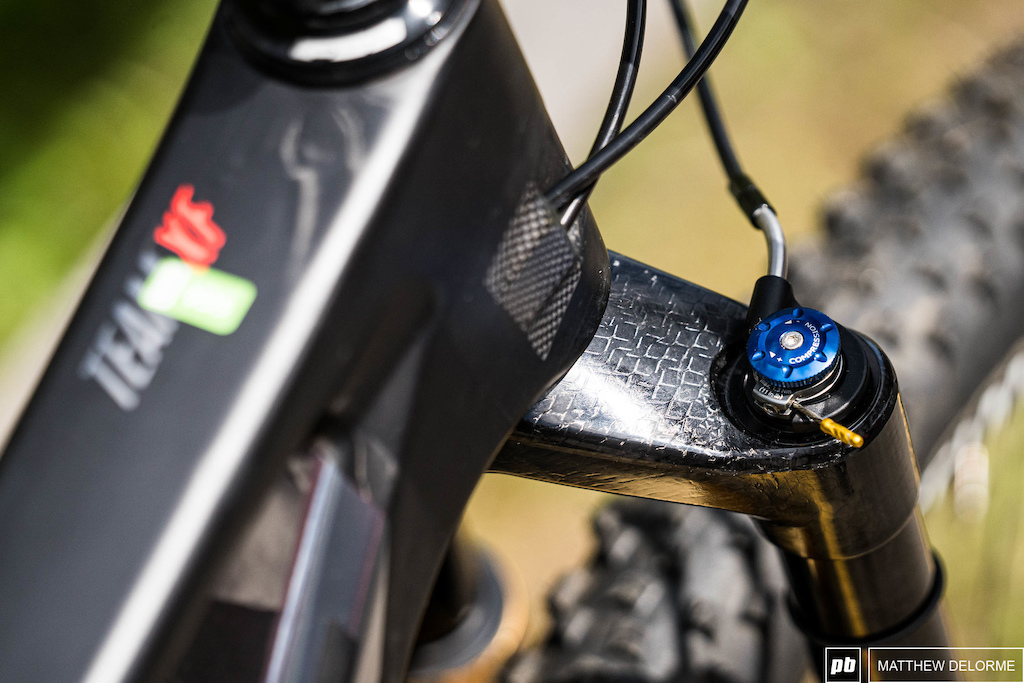 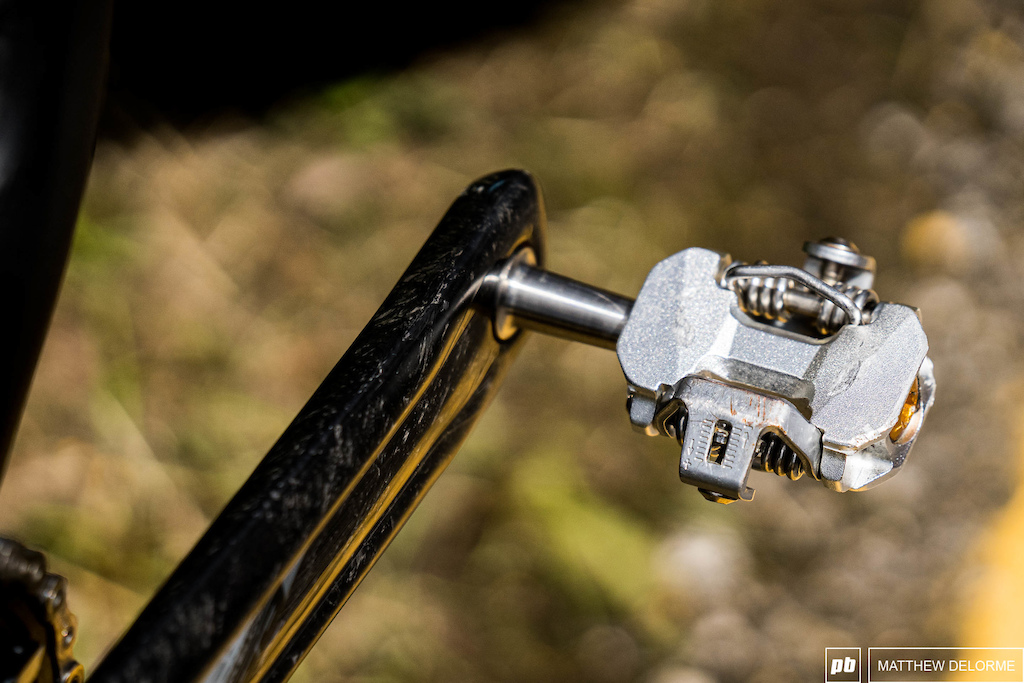 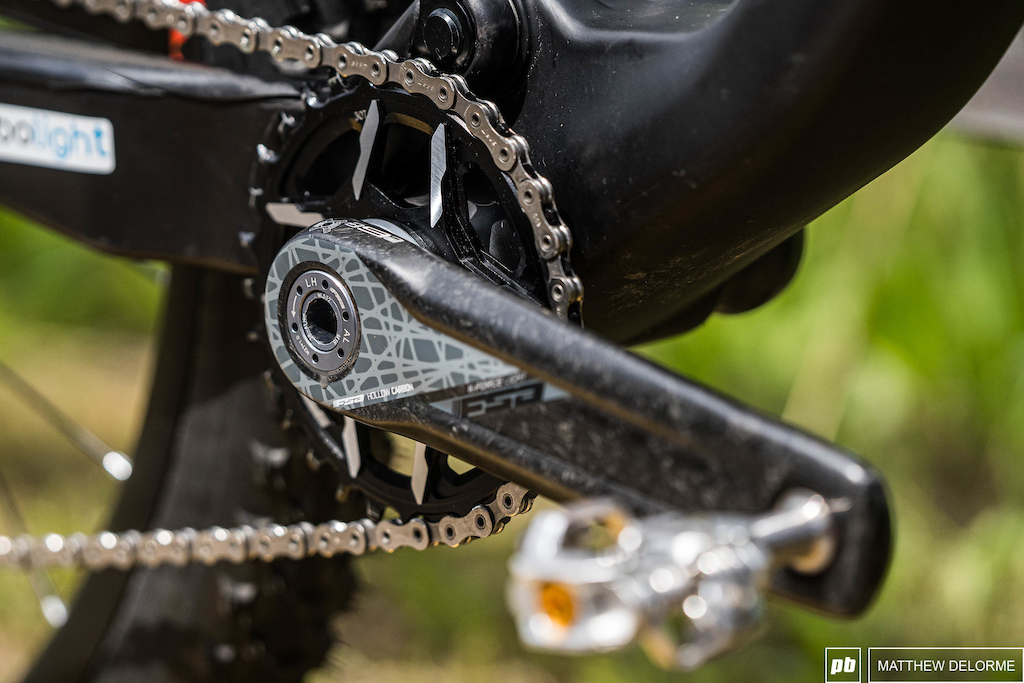 When it comes to spec, the Superior bikes have an interesting mix of components that makes all those Shimano and SRAM-sponsored rigs look a bit repetitive. DT Swiss' carbon fiber is featured heavily, with the bike rolling on a set of 1,446-gram XMC 1200 wheels [You'd think they would have called them the XCM 1400 wheels, no?] and the Swiss company's suspension. The OPM O.D.L 100 Race fork gets a carbon crown and steerer tube, and it's matched with an R 535 One shock rather than the older X 313 Carbon unit. Both the fork and shock can be turned off via a handlebar-mounted remote because cross-country racing.

FSA takes care of the cockpit and cranks with their K-Force Light range, and slowing down is done with Trickstuff's exotic and very lightweight Piccola brakes. Those funky looking pedals are HT's latest version of their M1s that have a larger contact area for more support. There's a set of Tubolight's inserts hidden inside the Continental tires, too. They're said to weigh just 23 to 44-grams depending on the size, and Superior's racers have been running between 18 and 20psi all season long. 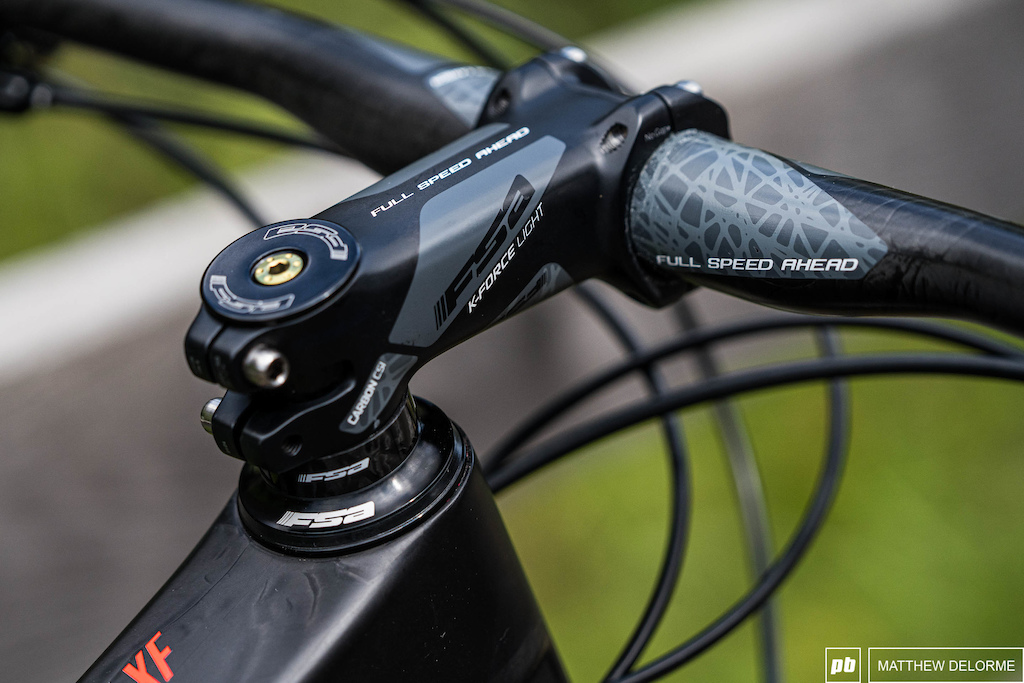 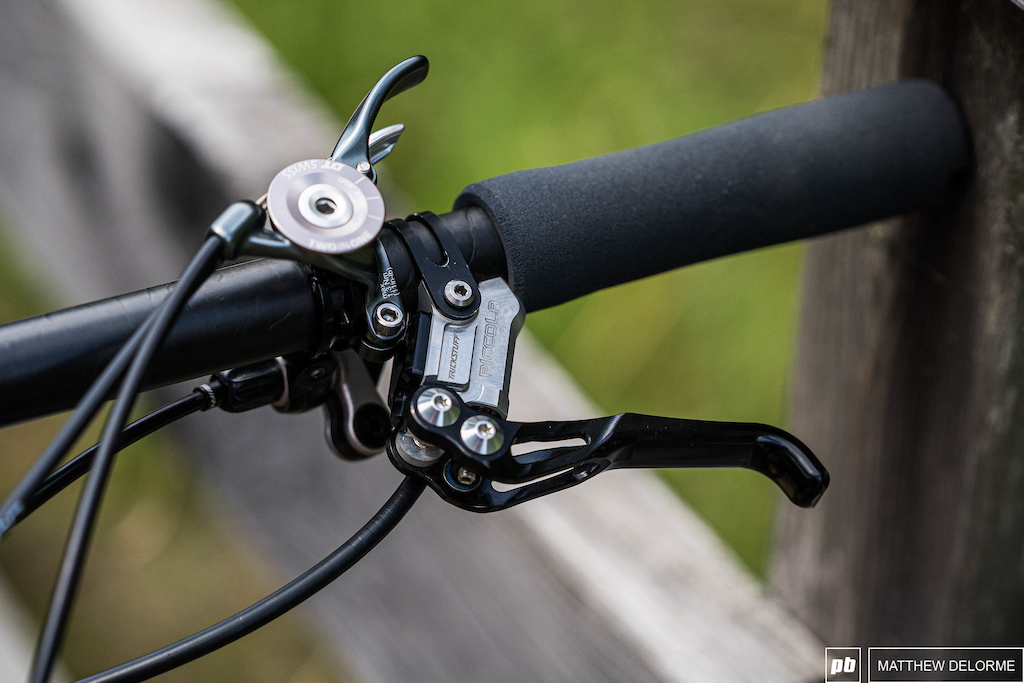 Components from FSA, Trickstuff, Crankbrothers, and DT Swiss make for one hell of an eclectic spec sheet.

msusic (Aug 3, 2019 at 16:05)
Interesting how DT Swiss number nomenclature used to represent weight, but now you should add ~200gr on those numbers.

trundle (Aug 3, 2019 at 16:27)
Great pictures. A side profile shot always illustrates the bike's design nicely. Shots of main suspension pivots relative to chainring/bb are also telling of suspension characteristics. Thanks for the XC coverage.

between (Aug 3, 2019 at 15:33)
Sweet ride, though of course without geometry numbers that opinion could change. Those tire inserts look tempting.

mikelevy Mod Plus (Aug 3, 2019 at 15:39)
I'll certainly be trying some XC tire inserts soon. I hate the idea and the execution (it seems so backward) but more and more racers are using them.

alifaziz24 (Aug 4, 2019 at 0:10)
tyre insert are overpriced? well they priced the same as a tyre that are more complex to build

look-out (Aug 4, 2019 at 13:03)
Yoo got to trust me on this one, but the brand's (full) name really fits the idea and the performance of this bike. I'm glad they made it into real life product and looking forward to see the full line for 2020.

mikelevy Mod Plus (Aug 3, 2019 at 15:40)
Whoops, forgot to mention those bad boys. They're HT's prototype version of their M1 pedal; it has a larger contact area. Just added that in now

clink83 (Aug 3, 2019 at 14:54)
"Depending on the size, the now-retired XF had a probably-going-to-scorpion-degree head angle (70.5 to 71.5-degrees) that seems steep nowadays, especially as cross-country bikes start to relax a bit."
Its not the head angle that really determines if the bike is going to send you OTB, its the front center: rear center ratio...

WAKIdesigns (Aug 3, 2019 at 15:20)
erm... position of handlebar grips in relation to front wheel contact patch definitely determine OTB potential. Not to mention cockpit height and height at which hips of the rider travel, often fixed by a standard seat post. I’d be much less worried about front/ rear center balance, which btw is greatly influenced by the head angle... add dumb short top tube/reach and long stem and off you go for your AC separation and broken fingers. But what do we know about real XC racing here

IntoTheEverflow (Aug 3, 2019 at 15:37)
Could have fooled me, with that at first glance accurate problem of steep head angles.
And tongue in cheek doesn't that imply, that it was meant to be humorous or sarcastic?
Those two don't seem to apply here.

Maybe I am also too serious.

clink83 (Aug 3, 2019 at 17:05)
@mikelevy: Thats Mr Captain Serious. In all fairness though, people need to understand the effects of front center geometry better. If you don't want to be pitched over the bars you could build a bike with a Pole sized reach and a 74 degree head angle and it still wouldnt want to throw you over the bars. Likewise a bike with a short front center like older mountain bikes had and a 64 degree head angle would still want to throw you OTB like crazy.

telephunke (Aug 4, 2019 at 0:13)
chainstay looks potentially poorly designed, looks like the chain would rub or certainly slap a bunch in the 10 an 11t cogs?

warmerdamj (Aug 5, 2019 at 9:33)
You should email them, they probably haven't noticed.
Below threshold threads are hidden