Join Pinkbike  Login
Yes, you heard that right – a complete Santa Cruz steed of your choosing. That’s ANY bike, any color, any build! 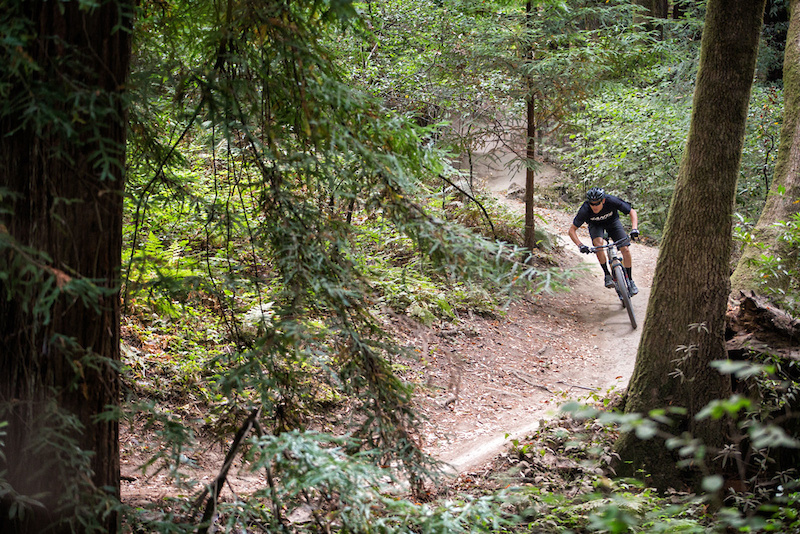 Santa Cruz is donating a bike which will go to the winner of a drawing being held at the end of May. Tickets for the drawing are $5 each, and can be purchased on-line through May 21, 2016 at mbosc.org/raffle, and at select events such as MBoSC trail work days and the Santa Cruz Old Cabin Classic at Wilder Ranch State Park in Santa Cruz on May 21.

The raffle’s lucky winner gets to choose any bike from Santa Cruz Bicycle’s current web catalog. You’ve heard the legendary names: Nomad, Bronson, Hightower, Stigmata, V10 … just to name a few. Whether you rip the downhill, attack ridiculously badass terrain, get after the pedally stuff, push your limits of endurance on endless gravel, get playful on the pump track and dirt jumps, there’s a Santa Cruz bike to perfectly match your style. Will it be YOU who takes home the bike of your dreams?

Both Santa Cruz Bicycles and MBoSC are excited about the mountain biking opportunities developing in their own back yard, and are embracing opportunities to team up for their community. Santa Cruz has an impressive track record for supporting grassroots advocacy efforts in its hometown of Santa Cruz, California. The world-renowned industry giant has regularly donated to MBoSC fundraising efforts and recently contributed $500,000 for the creation of close to 40 miles of multi-use trails in the San Vicente Redwoods located just north of Santa Cruz. 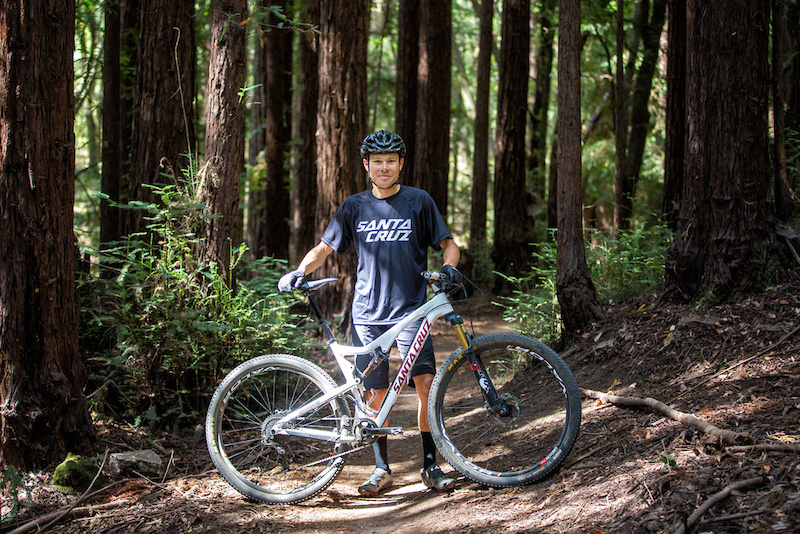 “Mountain Bikers of Santa Cruz has a solid track record of doing really good things for the trails in our area,” says Santa Cruz Bicycles North American Marketing Manager Don Palermini. “From routine maintenance to the development of the Flow Trail in Soquel Demonstration State Forest and the Emma McCrary Trail in the Pogonip, as well as playing a crucial role in the forthcoming San Vicente Redwoods project, the organization has evolved into a real force of mountain bike stewardship that we’re stoked to support.”

The organization values the industry support it receives, and is especially grateful for its alliance with Santa Cruz Bicycles. MBoSC president John Leckrone says, "We are excited to partner with Santa Cruz Bicycles on this fundraising campaign. They’ve been incredibly supportive of trail development efforts, sponsoring volunteer trail work days, races and other events, and now with their contribution to this bike raffle fundraiser."

MBoSC Trails Director Matt De Young adds, "We are seeing the potential for more opportunities for mountain bikers than ever before, and as such MBoSC is growing to meet the challenge. We’re building our organization so that we can capitalize on these opportunities for new trails, bike parks, pumptracks and events. This fundraiser is a stepping stone on our path to building a more robust and capable organization."

All proceeds from the Santa Cruz Bicycles raffle go straight to the trails you already ride and love, and to future opportunities for riding such as trails and bike parks. The more tickets you purchase, the better your chances to win the bike of your dreams! 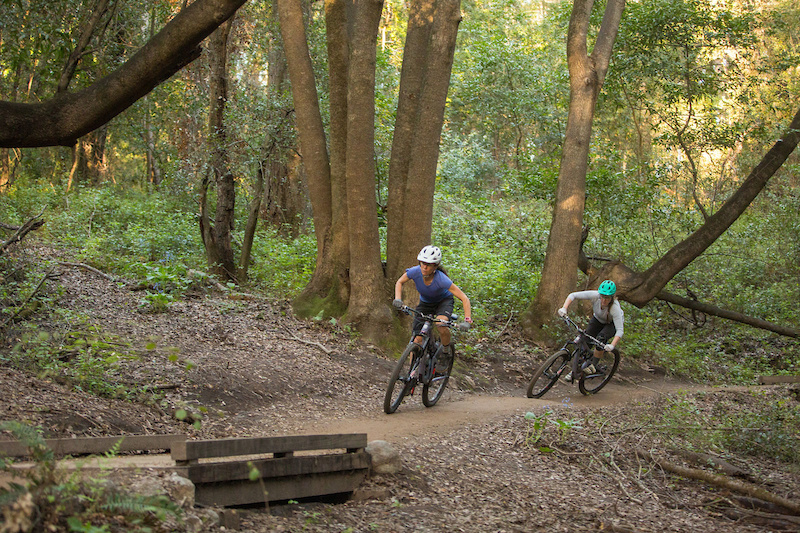 cthorpe (Apr 22, 2016 at 16:27)
What kind of world do we live in where the V10 is not considered more mentionable or "legendary" than a Hightower or stigmata, when listing Santa Cruz bikes. I'll be dammed.

But in all seriousness. Hard to beat a $5 raffle ticket for a new bike! We should be be at least tempted to throw down some money.

chrisingrassia (Apr 23, 2016 at 7:32)
Because in proportionality, the V10 is a pure DH bike and a very small segment of the MTB riding community. Vastly more bikes are purchased for all-mountain/trail use

tbone1000 (Apr 22, 2016 at 22:47)
I lived in the SF Bay Area from mid-2012 to mid-2013, previously having lived in and cut my mtb chops in Austin for the prior decade. I moved there knowing virtually nobody except for my co-workers, none of which who rode. Exploring the biking options in the Bay Area, I had read great things about SC riding, so one Saturday morning I decided to drive 70+ miles to a completely unknown semi-remote mountain area to check out Demo (Soquel Demonstration Forest). I found the spot where riders were parking their cars, geared up, and asked a small group of guys for directions to the trailhead, which is by no means short nor obvious. They obliged with directions, and then added... "or you're more than welcome to ride with us..." Demo totally opened me up to a whole new world of biking, I was subsequently introduced to other SC trails such as UCSC and Chupa Cabra, and these guys became biking buds for the year I was up there. I'm in for 20x on the raffle, particularly since I feel guilty on missing out on the Demo trail builds that happened in ~2014, after I moved away. Props to Steve, Josh, Chris, Matt, Matt, and the rest... hope you're still ripping it up in NorCal...

danstratplr (Apr 23, 2016 at 7:04)
Did this one last year, another for the sierras, and Cam Zink's Sensus RAD trail fund. Ended up having my name called for the Zink bike! Keep donating to good causes. It's a win-win for everyone in a world where trails are always disappearing. And hey, you might snag yourself a new rig.

onemanarmy Plus (Apr 22, 2016 at 15:22)
Great cause. Great prize. I need a bike like no freaking other but this dude doesn't win this type of stuff... but either way. It's a great cause and I'll be helping out anyways with money and man power! So coming home with a 5010 CC sure would be awesome. Too bad the Chris King build up isn't available. LOL!

riderup (Apr 27, 2016 at 14:15)
wow...what an awesome opportunity to win a KILLER bike. Props to Santa Cruz bikes. And props to MBoSC for stepping up to fill the trailbuilding void in our area!

Anyone know how the trails are? (;

steeveoh (Apr 25, 2016 at 19:45)
@MaxDeutsch: There is nothing wrong with the trails seen on Trailforks. Especially for someone new in town looking for a place to ride. I'm sure you know where the Santa Cruz hero dirt is too. ...and I haven't been high since I was your age, over 30 years ago. Maybe you can enlighten all of us?

MaxDeutsch (Apr 25, 2016 at 20:08)
@steeveoh: demo is one of the only areas of good sanctioned riding in Santa Cruz. The rest is unsanctioned stuff in the hills or in ucsc
I'm just bitter that its so hard to get trails to be allowed to be built. Every biker in SC would jump on the opportunity of designing a trail and put down free volunteer hours but instead we have to deal with the misconceptions of hikers about safety and erosion.

steeveoh (Apr 25, 2016 at 20:28)
@MaxDeutsch: We're on the same team with this issue, brotha! Clearly the "good stuff" is where access is typically temporary and for the privileged few (like TDS) or those willing to risk prosecution. And a lot of land managers think mountain bikers are a bunch of hooligans, or criminals. Look what's happening in Marin county: radar speed traps on trails! Annadel State Park is my backyard and I see perfectly reasonable trails closed up there, every ride. But I digress. Trailforks is a growing database and a great place to start getting familiar with a new area. Or we can ask around to like minded people, as david-kooi is attempting to do above. I was trying to offer encouragement. I'm not sure what you were trying to do. But no worries. Happy trails.

Cool, I don't have experiance with trail-forks, but I'll give it a try.

Seems like the best way is by meeting people.