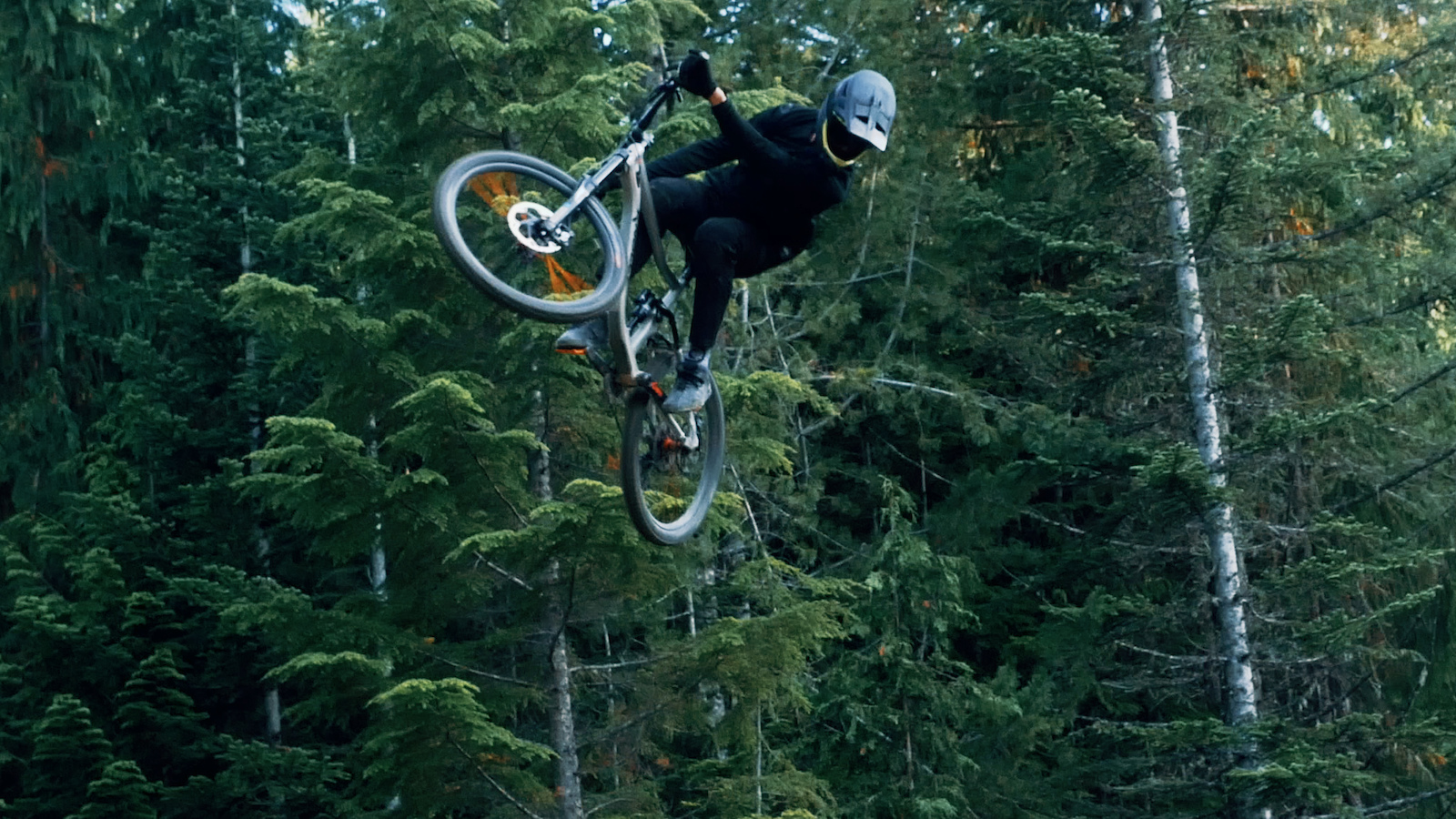 As life became more complicated and busier, the rider inside Dylan was torn away and trapped
in an alternate dark world of confusion and struggle. This went unnoticed by Dylan as he was
swept away by life’s responsibilities such as school and work. But Dylan’s riding persona was in
a constant struggle to return to its host, much like a virus. This rider was in a race to close the
gap between itself and Dylan. As this gap shrunk, the path for the rider would become slightly
clearer and it would start to affect Dylan in his reality. As a virus, it would start to take over
unexpectedly and Dylan would be helpless to feeling sick to the riders uninvited presence.
Dylan would start to feel an addiction to the presence and an acceptance to the rider meant
they would both be working towards a final symbiosis where the rider would finally have full
control again in Dylan’s reality. After Dylan is able to release the restraints of his responsibilities
that had been tethered to him for so long, he would finally excel at his true love of riding and
the rider inside him would no longer be lost.

Symbiosis: In the Shadows


by KNOLLYBIKES
Views: 5,077    Faves: 7    Comments: 1
The first video in the trilogy. This is when Dylan first starts noticing the rider in his dreams and shows
Dylan the truth of the reality he has settled into. A reality set out for him by the society he lives in and
not what he truly enjoys. A reality with the daily grind that many are forced into. This is not the path he
is intended to follow, and the rider has plans to direct Dylan in the right direction.


by KNOLLYBIKES
Views: 1,647    Faves: 8    Comments: 2
The second video in the trilogy. Dylan starts noticing the rider, previously just in his dreams, now in his
day to day life and it’s affecting him like a virus. He starts feeling sick and loosing track of time. This rider
is pulling him away from his comforts and into the life of the rider. A shared symbiotic life. By the end of
the video there is acceptance from Dylan and the change is almost complete.


by KNOLLYBIKES
Views: 1,106    Faves: 7    Comments: 3
The third and final video in the series. Dylan and the rider are finally a single entity and at peace with
each other. There is balance and it shows in their riding. With Dylan now set on the right path there are
many great things that lay ahead.


Big thank you to everyone that supported the series. From sponsors, companies and individuals
that helped share it, to all the fans who showed lots of love, we thank you. We set out to do
something different that people would either love or hate. We got both and made a lot of really
cool stuff happen in the process. We also learned a lot and are hoping to take that and keep
making some cool stuff in the future. A special thank you to Kai Maulhardt, Perry Andre, and
Brendan Stouffer for putting the videos together with me while they still worked other full-time
jobs. It was difficult getting everything coordinated and they stuck with it.