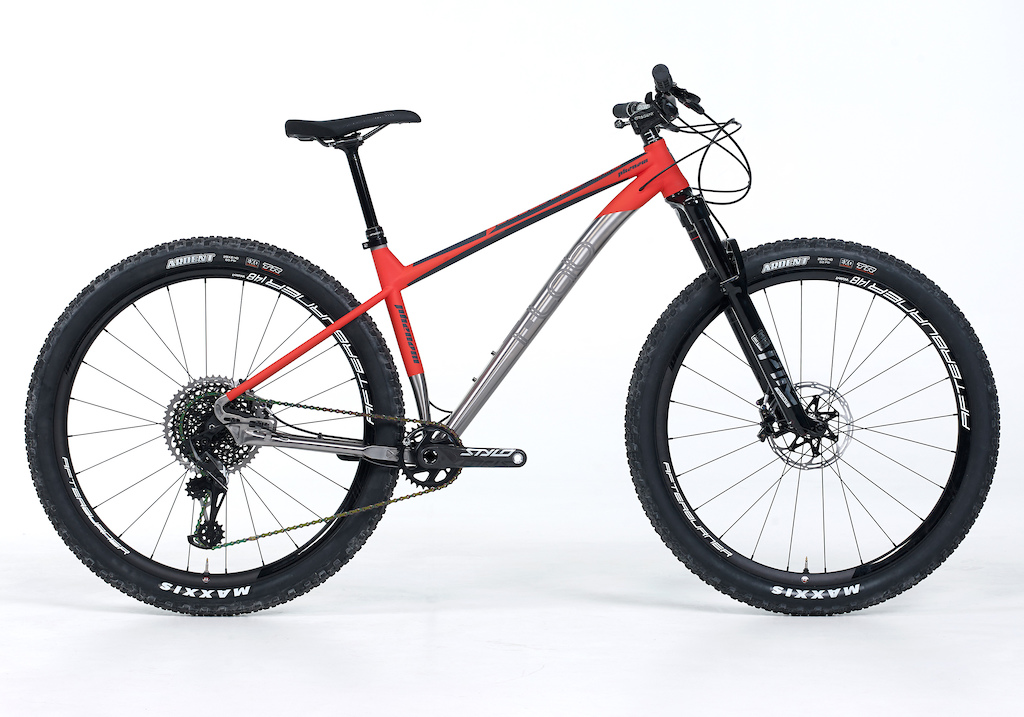 T-Lab, the progressive titanium manufacturer based in Montreal, is pleased to announce the market launch of the Phenom, its very first mountain bike model.

“We made our name with our X3 gravel bike, but our roots actually run quite deep on the MTB side,” said Rob Rossi, Co-Founder of T-Lab. “With the Phenom, we didn’t just want to put out a mountain bike. We wanted to set a new standard when it comes to a titanium hardtail.” 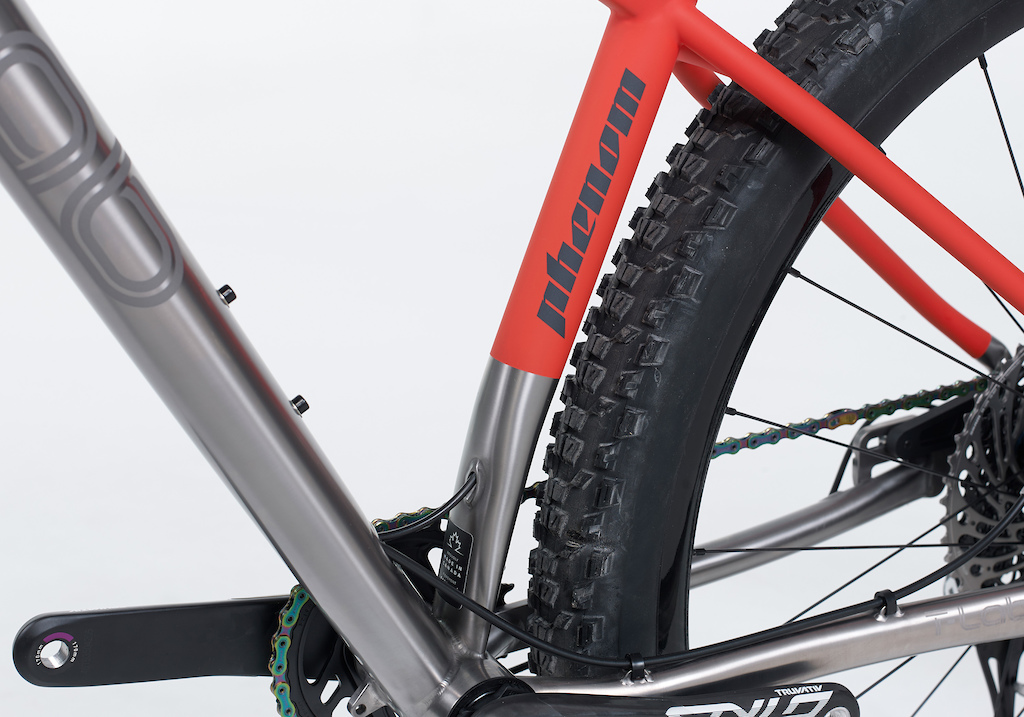 Based on a proprietary cold worked method that allows for a radically shaped titanium profile -- without compromising Ti’s inherent properties -- the Phenom pushes the limits with regards to stiffness-to-weight-to-durability. With a Medium-sized frame weighing in at 1800g, it compares favorably to high-end carbon hardtails on the performance side, while offering the superior toughness and corrosion-resistance of titanium.

T-Lab’s commitment to forward-thinking design is exemplified by the Phenom’s unique Versa-T dropout, which was developed and is produced in-house. “The dropout was designed to be fully adaptable to your riding style,” said Félix Fontaine Larouche, Lead MTB Designer at T-Lab. “It allows for two BB drop settings, for 27.5” and 29” wheels, and a length adjustment from 411mm to 438mm.” The Phenom can also be set-up in single speed configuration. 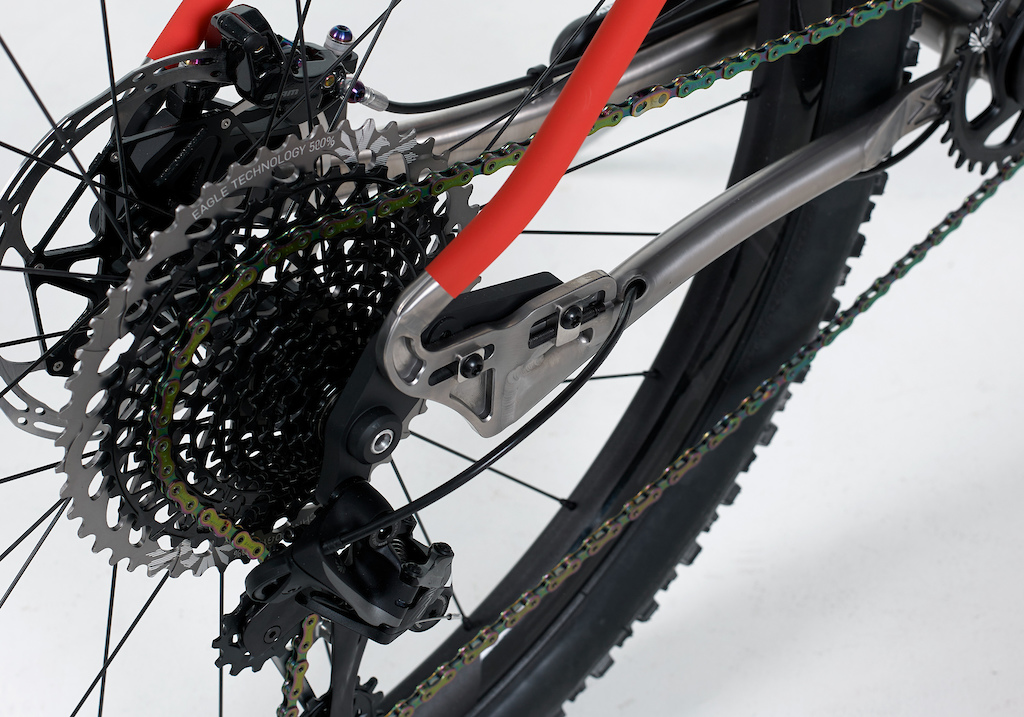 Like all T-Lab bikes, the Phenom is completely made-to-order and personalized based on rider specifications. The company is able to turn around frame or complete bike orders in 4 to 6 weeks and offers a lifetime guarantee on its frames. A Phenom frameset retails for $3,500 USD, with complete bikes starting at an accessible $4,900 USD. 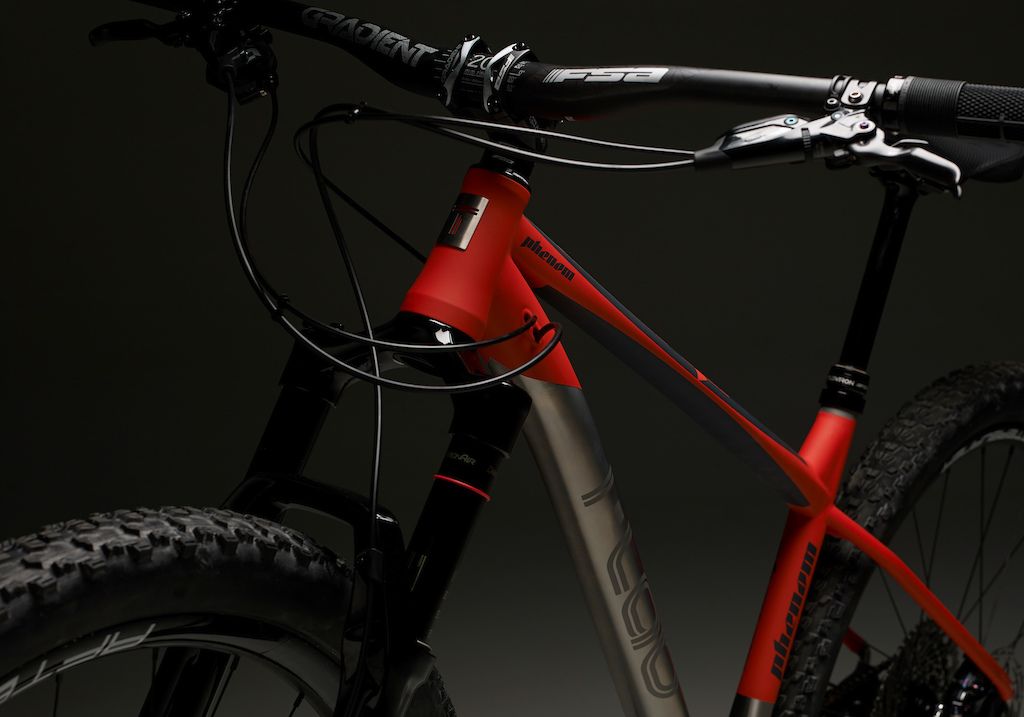 The official launch of the Phenom was originally scheduled for NAHBS 2020, which was postponed due to the COVID-19 crisis. T-Lab was also working on a light-hearted launch video, filmed on some snow-covered trails in Montreal, when the crisis hit. “We wanted to give a glimpse of where we’re coming from, along with the fun we have developing bikes,” said Rossi. “Obviously, we understand the context we’re all in right now and endorse the directive to ride safely in support of health care workers everywhere.”

Tweet
Must Read This Week
A Complete Timeline of Coronavirus' Effects on Mountain Biking [Update: Taipei Show Goes Virtual]
126318 views
Interview: Trek's Travis Brown On Experimenting With 32" & 36" Wheels
88548 views
Ridden & Rated: 4 of the Best eMTB Motor Systems for 2020 - Bosch vs Brose vs Shimano vs Fazua
74857 views
First Ride: Cannondale's All-New Scalpel SE
74165 views
Pinkbike Poll: If You Had to Ride One Bike for the Rest of Your Life, What Would It Be?
54981 views
Mountain Biker Attacked by Grizzly Bear Near Big Sky, Montana
48331 views
Video: Claudio Caluori Tries to Keep up With Nino Schurter on his Home Trails
47894 views
15 Bike Checks from Craig Evans, Iago Garay & The Santa Cruz Free Agents
43538 views

Hogfly (Apr 1, 2020 at 8:06)
I feel bad for anyone putting out an legit press release or announcement today.

endurocat (Apr 1, 2020 at 8:37)
They should pay license fees to Morpheus bikes for using their dropout design.

abrandredsox (Apr 1, 2020 at 9:09)
@GunnyMcSmith: I have been in that building that happened to have Jerome doing his mad scientist thing...

sunringlerider (Apr 1, 2020 at 8:04)
No Way, a new ground breaking Ti hardtail. So tech, much engineer. And Bargain priced at $3,500 for the frame. I can't wait to drink IPA's that no one has heard of after riding this bike.

skylanebike (Apr 1, 2020 at 10:27)
Good geo and gorgeous frame. It costs as much as a yeti full squish and it is over double a carbon Honzo which is the comparable that came to mind. Luxury goods have an interesting demand curve but it is not a handbag.

dudeyouwin (Apr 3, 2020 at 7:53)
X3 owner here...These guys were awesome to work with. Having a custom ride made a few hours drive from me was worth something to me. I'm sorry it's not worth as much to some other people, but life's great like that...choices. Comparing this to over seas carbon or this or that is totally missing the point. I love my bike and I hope you all love yours too, whatever that may be.

opetruzel (Apr 1, 2020 at 10:21)
Am I the only who thinks that painting titanium should be considered a criminal offense?

unrooted (Apr 1, 2020 at 8:20)
Releasing a $3500 hardtail frame at the start of a global depression/recession seems more ironic than foolish, but still made me laugh!

bowser07 (Apr 1, 2020 at 12:24)
I'm one more for naked Ti finishes, but that shade of orange sure blends in nicely. All North American custom made Ti frames cost a lot of money, but when you see all the details in the picture you can understand why. They had a few of their bikes at this years Toronto Bike Show, and they really are beautiful. Thanks PB for supporting the small Indie builders.

alexsin (Apr 1, 2020 at 9:27)
I'm looking for a bike that looks like I bought it from Walmart but is also extremely expensive and maintains my love of 10-year old geometry.

That said, if one is shipping Ti custom fit hardtail, $ is not a factor.

BuildFreaks (Apr 2, 2020 at 13:09)
Just curious about what makes the Kingdom "much better"? Also, they offer unpainted finishes.

BuildFreaks (Apr 3, 2020 at 8:43)
@gbcarmona: Classic round tube Ti vs something a little different, I guess it all comes to preference. As for the geo, I would say they're fairly similar... this one maybe not be as slack but that's not necessarily a bad thing.

lenniDK (Apr 1, 2020 at 12:11)
Indeed. I know sliding dropouts are a must to make it 27/29 switchable,but...
I once had a Dean Ti softtail with little beefy breezer style dropouts,loved those sexy little details. This frame is just a frame imo, a very expensive one..

eh-steve (Apr 1, 2020 at 8:31)
It's for people that find their carbon frames not corrosion-resistant enough.

jclnv (Apr 1, 2020 at 19:44)
@abrandredsox: What would you do with it? If it was light I might understand but there seems to be alternatives that are equal and vastly cheaper or similarly priced yet offer vastly more performance.

jclnv (Apr 1, 2020 at 22:50)
@AwsomeJud: Not for many years but at one time I used to race XC on the best hardtails available. They were lighter than steel and more compliant than the aluminum alternatives. However, the game has moved on, and you can buy a full suspension bike that weighs about the same as this frame yet would be vastly more capable, comfortable and higher performing. I get that there’s a maintenance aspect but if you have the funds to purchase a frame like this, you can afford the servicing.

Explodo (Apr 1, 2020 at 9:45)
I can't fathom releasing a hardtail now and not making it 27.5+ or 29 compatible....unless it's designed specifically for racing...which I guess a super lightweight Ti hardtail is...so okay.

j-t-g (Apr 1, 2020 at 8:18)
North American companies aren't allowed to do real product releases today. Save that for the Asian and European countries who don't do April fools.