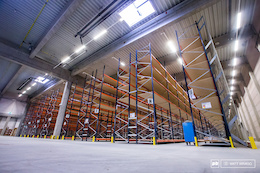 Black Market Roam - Review
The Roam isn't some warmed over trail bike with slacked out geometry, but rather a solid rig designed to allow you to hold it wide open. Black Market's ethos goes in the face of the current fly weight trends, but how does it add up on the trail?
Read More | 174 Comments
Reviews and Tech Reviews Trail Bikes Black Market Black Market Roam
Reece Wallace    Apr 19, 2011 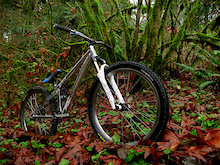 2011 Black Market Killswitch - Reviewed
Black Market's Killswitch gets put through its paces. Find out if it can hold its own against the usual crew of dirt jump and slopestyle hardtails. Read the test, watch the movie.
Read More | 131 Comments
Reviews and Tech Reviews Dirtjump Bikes Black Market
Mike Levy    Oct 2, 2009

Black Market Killswitch - Interbike 2009
About a month ago Black Market released a bit of info as well as some pictures of their new Killswitch 4" travel frame. Interest in the new bike was off the charts but there really wasn't that much information to share at the time. Fortunately for you guys we were able to catch up with Carter Holland of Black Market while in 'Vegas to give us the lowdown in his new machine. Inside we have loads of new pictures, as well as Carter on video explaining the new Killswitch!

Sea Otter - Black Market Bikes
Carter Holland is the man behind some of the most popular hard tails currently available to the riding masses. Black Market Bikes makes hard tail, steel bikes that are purpose built to shred the DJs, Skate parks and any other urban or dirt environment you throw at them.

Have a look at a few of this year's models and enjoy the interview with Carter inside:
Read More | 60 Comments
Reviews and Tech Black Market Sea Otter