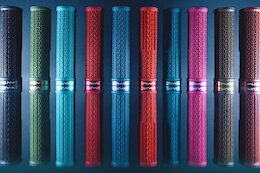 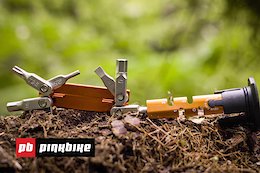 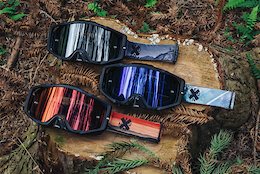 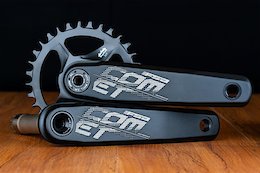 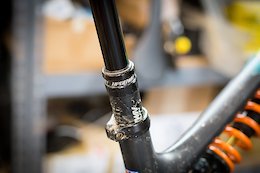 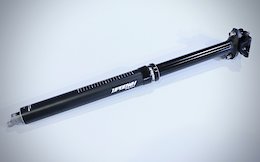 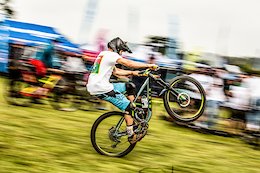 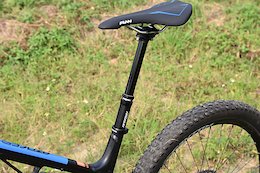 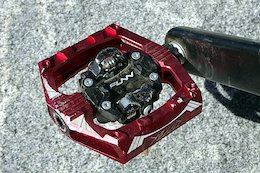 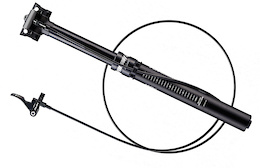 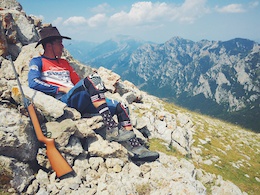 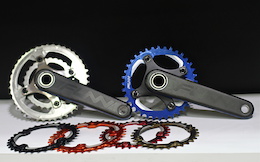 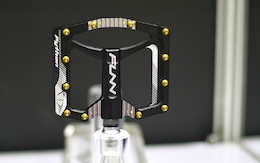 SDG, Funn, SpeedRelease - Taipei Show 2015
Novel seat designs, carbon cranks and slim pedals, and a clever rear thru-axle that we could be seeing a lot more of in the future.
Read More | 145 Comments
Reviews and Tech First Looks Funn SDG
The Rise    Aug 19, 2014 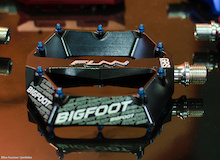 FUNN Soljam Viper Pedals
Look what Hensley's spotted! Not only has he big sensitive ears, eyes like a hawk and a tongue like an ant eater. I trust his senses and you know he's onto something once he starts licking his lips.

Funn Brakes are here..Stop on a Dime, Cent, Penny.
Stop! Look! Listen! Time to take a break and have a little look at the latest offerings from our friends at Funn MTB with regards to their Drop-In Brakes.

Funn MTB have been making quality parts for longer than most of you have been riding. There products have been the product of choice on many a pro's bike. So let's look at their new disk brake offering.
Read More | 91 Comments
Reviews and Tech Reviews Brakes Funn
Si Paton    Nov 4, 2008 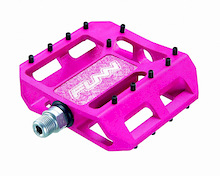 Funn's Gone Crazy, Elecktro Boogaloo ..
Break dance, you can do it... Seems you kids are running the show these days. Throwing down some serious styles straight outta Channel 4's Skins. (Ask someone with spots)

Now firstly can I apologies for popping these up and not warning you to wear sunglasses. Secondly that this isn't a full-on review (see what I did there?). It's just a quick glimpse of whats coming, not that you won't see it coming. Cycle related injuries on the road/highway may soon be at an all time low.
Read More | 160 Comments
Press Releases Funn
Luc 'Acadian' Albert    Jan 16, 2008 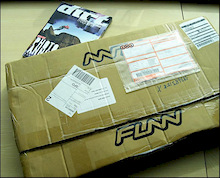 New 750mm FUNN Full On handlebars
With the ever growing demand for wider riser bars and since the fastest DH racer in the world exclusively uses Full On bars. I knew it would be a matter of time before FUNN introduced a bar wider than 28".
Read More | 44 Comments
Reviews and Tech Reviews Handlebars Funn
Luc 'Acadian' Albert    Oct 22, 2007

FUNN 2008 Brake Program
FUNN has something special in store for people who like innovation that makes sense. We do not promise all the hype,bells and whistles that are not normally needed on a brake system.
Read More | 4 Comments
Press Releases Brakes Funn
Kevin Bazar    Oct 17, 2007 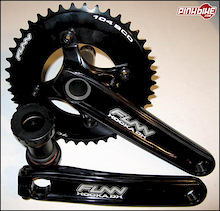 Reviewed: FUNN Hooka DH cranks
I got a chance to test out the FUNN Hooka DH cranks this summer. Cranks might not be something most of us give a whole lot of thought to once we’ve made our purchase and installed them.
Read More | 20 Comments
Reviews and Tech Reviews Funn
Luc 'Acadian' Albert    :: from FUNNMar 6, 2007

FUNN 2007 Roster announced
For the 2007 season FUNN will be directly supporting a select group of riders from across the globe. Looking to challenge some of the bigger component companies out there we will include guys who will cover World Cup and Norba DH and 4x racing, Freeride and Dirtjumping events world wide.
Read More
Press Releases Funn
Luc 'Acadian' Albert    :: from FUNNFeb 11, 2007 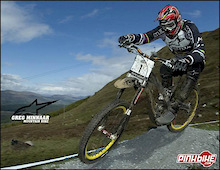 2007 FUNN Product showcase
When you ride your bike, FUNN is what it’s all about!! That is exactly what the blokes at FUNN MTB had in mind when they started making components – they wanted to develop products that would put a smile on your face and let you have fun on your bike. 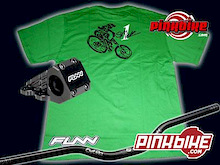 Win some FUNN stuff!
This is your chance to kit your bike out with some FUNN components as used by 2006 World Downhill Champion Sam Hill.

FUNN celebrates their 10th year anniversary
They say time flies when you're having FUNN, well it must be true because it doesn't seem like ten years ago that we were developing our first range of products dedicated to Downhill and Dual Slalom as well as some of the first products in the market specifically for Mountain Bike dirt jumping
Read More | 1 Comments
Funn
Luc 'Acadian' Albert    :: from Luc 'Acadian' AlbertDec 15, 2005

New line of FUNN stems for 2006
Technical details for each stem will follow, but first there are some details Ollie Thomas at FUNN wanted to share. FUNN’s design team developed RSX DIRECT stem for Iron Horse/Mad Catz team racer Sam Hill over the last winter to his specifications. He rode the first proto type all year and they will be available to the public in 2006. Sam also uses FUNN's Full On bars to complete his ultimate cockpit.
Read More
Press Releases Stems Funn