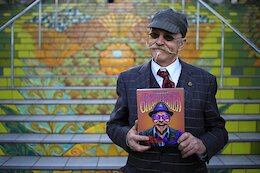 Project: Wife's Bike
I took advantage of an "out of use" frame, my spare parts bin, and winter season bike shop madness to put together a nice little trail bike for my significant other. This is the first of a series of 3 project rebuilds I'll report on this winter, as I juggle around the fleet a little.

Click on any of the photos below for a little more detailed view.
Read More | 66 Comments
Reviews and Tech Reviews Gary Fisher
Mike Estes    Feb 20, 2008

Gary Fisher Hi-Fi Deluxe 29'er - Review
When the 29'er hit the market, there were instant skeptics and equipment problems. But with a amazing dedication to Mountain Biking, The Gary Fisher Bicycle Company set out to change the standard of 29'ers, Mr Fisher loves the 29'er and it shows in the final product. Let me share my story in hopes of inspiring you to simply "try one out!"
Read More | 17 Comments
Reviews and Tech Reviews XC Bikes Gary Fisher Gary Fisher Hifi
Tyler Maine    :: from Fisher BikesApr 4, 2006 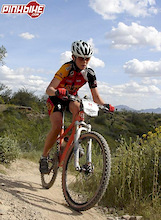 “Heather was already a big part of our program last year,” says Team Manager Jon Rourke. Heather raced for the Gary Fisher sponsored Tokyo Joes team, and at National events based her endeavors out of the Subaru-Gary Fisher team truck. “She brings such a youthful exuberance to everything she does, working with her in the past has been great and it will be even better having her as an official member of the squad. She really earned this. She had a great year last year with eight NORBA podiums, and will have more time to focus on racing and training this season. I am very optimistic about her potential.”
Read More
Press Releases Gary Fisher