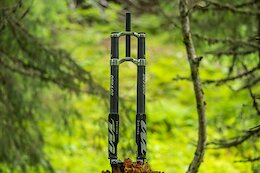 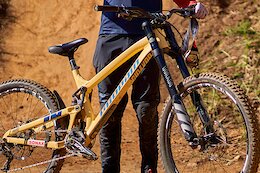 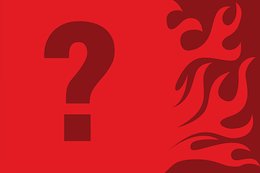 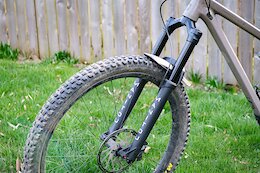 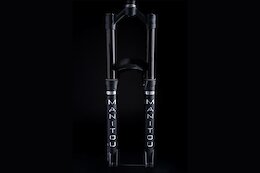 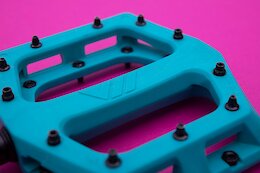 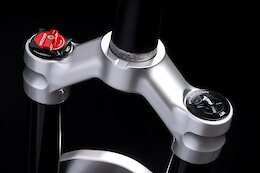 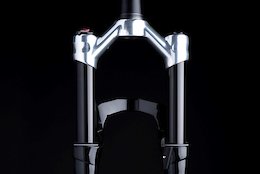 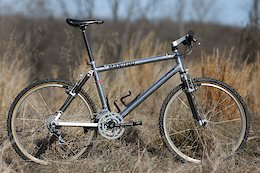 Now THAT Was a Bike: 1991 Bradbury Manitou FS
What's better than one fork? How about two?
Read More | 192 Comments
Reviews and Tech Now That Was A Bike Manitou
Hayes Bicycle    Nov 1, 2019 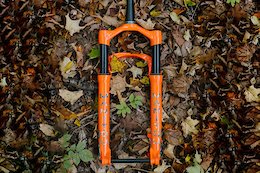 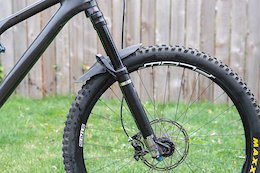 Review: Can Manitou's Mezzer Pro Fork Compete With the Best?
The Mezzer is Manitou's newest enduro-oriented offering - how does it stack up against other high-end contenders?
Read More | 315 Comments
Reviews and Tech Reviews Forks Manitou Manitou Mezzer
Daniel Sapp    May 5, 2019 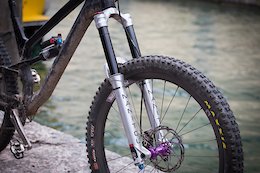 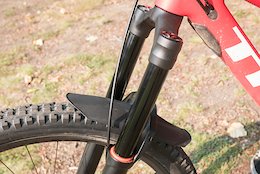 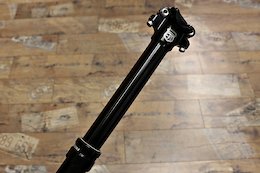 New Dropper Post and Forks from Manitou - Eurobike 2017
When it comes to dropper posts and suspension forks, you can never have too many options. Manitou brings both to the fold.
Read More | 81 Comments
Reviews and Tech Forks Seatposts Manitou
Mike Levy    Aug 29, 2017 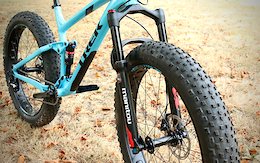 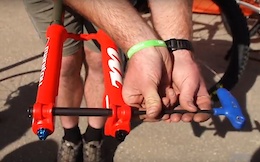 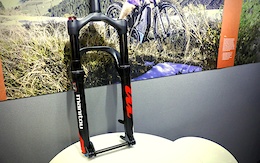 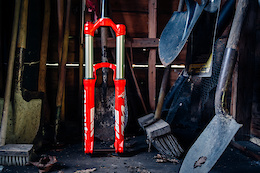 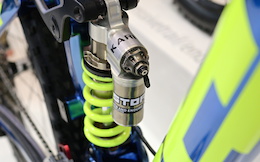 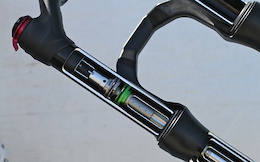 Manitou Mattoc Pro - Review
We find out exactly how Manitou's new Mattoc compares against the latest from their competition. Is it the fork that puts them back in the game?
Read More | 219 Comments
Reviews and Tech Reviews Forks Manitou Manitou Mattoc 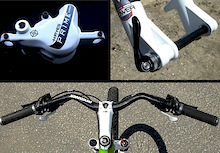 What's Up at Hayes, Manitou and Answer?
Allen-key-adjust brake calipers, the fastest quick-release through-axle in the world and the return of the Mustache handlebar.
Read More | 113 Comments
Reviews and Tech First Looks Manitou
Mike Levy    Sep 5, 2011 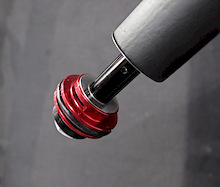 Manitou's Marvel Pro and Real Custom Tuning - Eurobike 2011
Manitou had their 140mm travel Marvel Pro fork on display and we took a close look at its inner workings, as well as the Absolute Plus Tuning kit that lets shops or riders revalve their forks with the help of detailed dyno charts and explanations. Get the lowdown inside.
Read More | 52 Comments
Reviews and Tech First Looks Manitou
Mike Levy    Mar 16, 2011 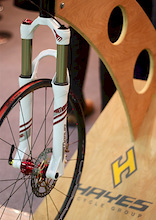 Manitou Circus Dirt Jump Fork - Sea Otter 2010
Hot on the heels of the new Dorado is Manitou's Circus dirt jump fork. The beefy new DJ fork comes in at three different travel options and two price points. Inside you'll find all the specs, photos, and a great video running you through the new Circus fork. 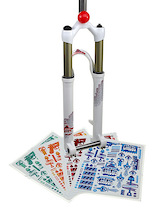 Manitou Circus - New Dirt Jump fork!
Do you remember in grade 1 when the Circus came to town and you attended it as a field trip? There was always some excitement until the clowns came up into the audience and you freaked out.

Manitou Dorado - Reviewed
Back in February of this year you may have caught our preview of the Manitou Dorado that we have had on test since that time. It's been a long time since we've caused such a stir on the website. With about 200 comments and too many reads to count, it easily garnered the most attention of any of the products to hit the front page in recent memory. But I guess that was sort of expected. I can't remember a single new product causing quite the crap storm of interest, but with carbon legs and a massive price tag it was bound to do that. And let's not forget that it is from Manitou, a name that many once swore by but that had fallen by the way side in more recent times. There are a few good questions to answer, mainly is the new Dorado really that good?

Read on to find out what we think about the latest wonder fork from Manitou.
Read More | 83 Comments
Reviews and Tech Reviews Forks Manitou
Tyler Maine    Sep 9, 2009

Pinkbike, the Dorado Pro is here… The attached pics are from Eurobike and a decal is missing from the upper part of the leg between the clamps. We’ll have the final decals dialed for Vegas.

Aluminum legged, same internals, 6.55lbs and comes in both 26 and 29er versions. Let me help you back into your chair. We’ve partnered with a few 29er frame makers and you’ll see them at ODD. I’m sure the PB faithful are going to freak on the 29er version, let the fur fly!
Read More | 158 Comments
Press Releases Manitou
Tyler Maine    Aug 13, 2009

Manitou MY 11 Aluminum Dorado photos and full specs
Manitou re-introduced the Carbon Dorado this past year and everyone was stoked to see it back in action. The down side is that is was less attainable to the average downhill consumer due to its price tag. The good news is that Manitou has created the all new Aluminium Upper MY 11 Dorado and it's got all the bells and whistles you'll find in its Carbon sibling, and at a price that is inline with the market.

Read on to learn all about the Manitou MY 11 Dorado,
Read More | 142 Comments
Reviews and Tech Manitou Manitou Dorado
Jordan Holmes    May 12, 2009

MY11 - Aluminum legged Dorado
You asked for it, you got it… Arguably the only downside the upside down fork was the price tag. At $2775 MSRP the Carbon Dorado was a little outside of most people's price range, however, Manitou has come up with an "Answer" for all of you. MY11, or better known as the Aluminum Legged Dorado, is the next step for Manitou Racing Development (MRD), and it's a big one. 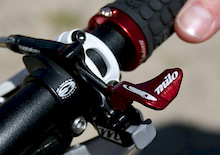 Sea Otter - Answer Racing and Manitou Suspension
Answer Racing is a division of the Hayes Bicycle Group and along with Manitou suspension have a lot of things in the works for the 2010 season and at present too with the all new Dorado. We were able to sit down with Denny Yunk and talk about the all new Absolute Plus from Manitou as well as talk to Melissa Buhl about her relationship with the Hayes and Manitou brands. Also enjoy some course footage from Jason Memmelaar and his Dorado.
Read More | 67 Comments
Reviews and Tech Reviews Manitou Sea Otter
sean tracy    Apr 6, 2009 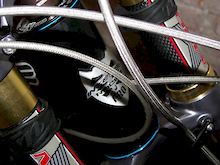 Intense M6 with Dorado - What the Joes ride!
Barry's Black Beast, or tale of the Intense Dorado. 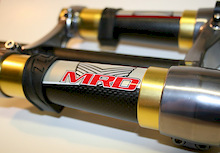 Manitou Dorado: Preview of a Review!
Take a look at what showed up at Pinkbike HQ today!

You know its serious when the delivery truck has a police escort and the signing for the package includes a retina scan! Ok, that didn't happen and we're not that important, but maybe the brand new Manitou Dorado is? The full review is a ways off, but I could not resist giving you guys a look at what's coming up.

Interbike - 2009 Manitou Dorado In Depth And On Film
Big news, if not exactly new news, is that Manitou has been working hard on a new DH fork. The rumor mill has been pumping out some gems and the forums have been living up to expectations: full of gossip and innuendo. Full stop to that nonsense. We cornered one of the men responsible for the new super fork and have the answers to all your questions.

After four years of absence let me present the 2009 Dorado! 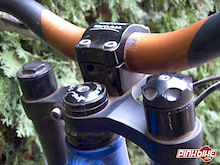 Hello, my name is: Travis (2 impressions on one fork)
Next to purchasing an entirely new bike, bolting on some new suspension has got to be the biggest change you can make to your regular routine. And when you think about it there actually is not that many choices when deciding on a new long travel super fork. Unless you get off the beaten path, you really only have four or five names to choose from. Each of these forks brings something a little different to the table. The key is to do your homework before buying. When I was trying to pick a new fork for my own bike I had a hard time finding any sort of info on [L=http://www.answerproducts.com]Manitou’s Travis[/L]. Since I like a bit of mystery I thought I’d give one a go and let everyone know how it performs.
-KaKah!
Read More | 36 Comments
Reviews and Tech Reviews Manitou
Tyler Maine    :: from HB Suspension ProductsDec 11, 2006 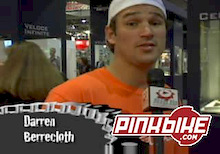 Manitou-Interbike-2006-Video
Darren Berrecloth meets up with Bill and they take us through the Manitou line.
Read More | 18 Comments
Manitou Interbike