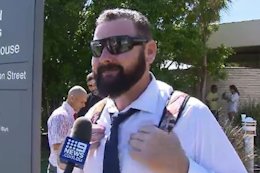 What's Nathan Rennie up to this year?
Nathan Rennie sits down and tells everyone about what he's been up to the past few seasons and what he's got on the go for the future.
Read More | 58 Comments
Nathan Rennie
Mike Levy    Jan 20, 2011

Nathan Rennie At Mt. Baw Baw - Video
Stuck in the office? Put on your headphones, turn up the volume, and watch Nathan Rennie rip up the muddy Australian National Series #2 stop at Mt Baw Baw in this great video from Jake Lucas. 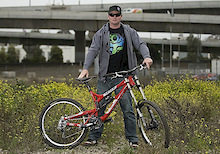 The rumors are true - The Big Man is Back! After much anticipation, Nathan Rennie has returned to his home soil to take on the Australian National Race Series. Nathan does this with full support from Monza Imports, INTENSE Cycles, SRAM, RockShox, Avid, Truvativ, and Fox Racing Apparel and Protection. Read on,
Read More | 50 Comments
Press Releases Nathan Rennie
Tyler Maine    Sep 2, 2009 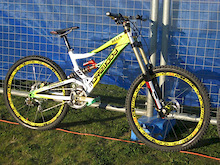 I just finished building up Mitch's World Championships bike and wanted to share it with you all. Nathan and his mechanic Nigel just put the finishing touches from Race Face, Burgtec, Mavic, SRAM and Obtanium on his Morewood frame too. Nathan feels good on the course and he likes it, this type of course suits his power pedaling. Mitch's course description for this race would be BMX type turns and jumps with a massive drag strip at the bottom. Although this is not the type of course that suits Mitch, he wants a good result for the World Champs as they are in his own country. 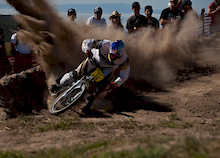 Nathan Rennie returns home
Just read this on Nathan Rennie's site that he's returned home for the remainder of the 2009 World Cup season to train and get mentally prepared for the Championships in his home country. After some big crashes early on, he's decided to step back from the circuit and focus on healing.

The Santa Cruz Syndicate would like to announce the departure of Nathan Rennie from the squad as he looks to competing in 2009 with a new team (to be announced soon), and express our gratitude for the five years he raced for us from 2004 through 2008. His three year contract with Santa Cruz was up and he has explored other options moving forward in his career and has chosen to race for another team. His big presence and sense of humor will be sorely missed as well as his powerhouse performances on the racetrack. We wish him well on his new team and will continue to be proud of him and his efforts.
Read More | 96 Comments
Press Releases Nathan Rennie
Luc 'Acadian' Albert    :: from BURGTECMay 29, 2007

Nathan Rennie Signs With Burgtec
The Aussie powerhouse Nathan Rennie has signed a deal to see him ride on Burgtec Penthouse Flats.

After two and a half weeks of rain everyday, the team enjoyed their first dry day with bits of sunshine when they arrived in the quaint German town of Willingen found nestled in a green valley surrounded by pine covered hills. Even still, the downhill track was muddy, as it had rained for weeks here, too, and the grassy off camber turns sent riders tumbling.
Read More
Steve Peat Nathan Rennie
Tyler Maine    :: from Kathy SesslerJan 22, 2006 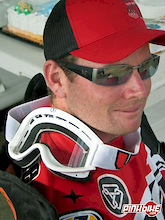