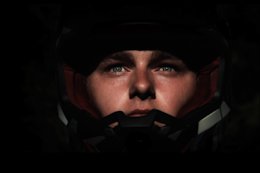 Interview: How Nick Geddes Returned to Cycling After Battling Cancer - #fcancerup
We caught up with former pro mountain bike Nick Geddes to find out more about what it was like to go through cancer, and what he's up to now.
Read More | 17 Comments
Interviews Nick Geddes
nick geddes    Aug 20, 2014

Nick Geddes - F__k Cancer, Ride Bikes!
Nick Geddes is one of the top Junior DH racers in Canada and he is battling some pretty big odds in his fight against Cancer. This edit of him getting rad makes us all smile for him!
Read More | 109 Comments
Nick Geddes
Tyler Maine    May 16, 2011

Nick Geddes Race for Life
Top Canadian Junior DH racer, Nick Geddes, is facing the toughest battle of his life and this past weekend Squamish BMX held the ABA Race For Life in his honor. Matt Mallory was there to cover the event and we all wish Nick the best of luck in his journey ahead.
Read More | 14 Comments
Racing and Events Nick Geddes
Norco Bicycles    May 4, 2011

A Bumpy Road Ahead For Nick Geddes - Get Well Nick!
Our hearts go out to Norco factory rider Nick Geddes (and his family) who has recently been diagnosed with T-Cell Acute Lymphoblastic Leukemia. Nick is undergoing his first round of Chemotherapy and we're wishing all the best to Nick in this battle.
Read More | 106 Comments
Industry News Nick Geddes
Tyler Maine    Feb 5, 2010 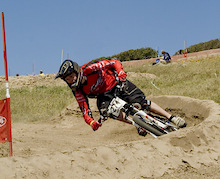