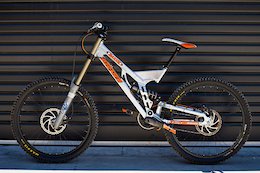 Now THAT was a Bike: John Kirkcaldie's 2006 Turner DHR
Kirkcaldie's DHR was the stuff of dreams back in 2006.
Read More | 180 Comments
Reviews and Tech Now That Was A Bike Turner John Kircaldie
Pinkbike Staff    Apr 3, 2019 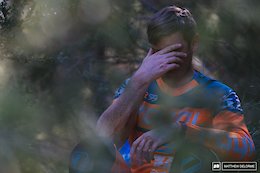 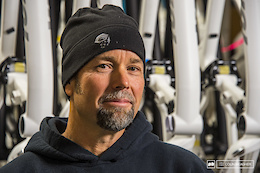 From the Top: David Turner
Good words from a man whose career has spanned the evolution of the dual-suspension mountain bike.
Read More | 209 Comments
Interviews From The Top Turner David Turner
Aug 25, 2016 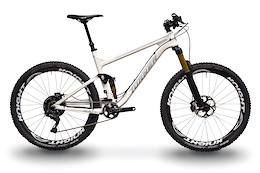 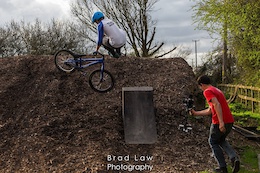 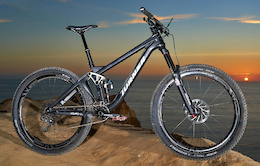 Turner Bicycles launches their second carbon fiber design and this one checks all the boxes.

Video: Live To Ride Featuring Matt Simmonds
In this episode Nico and Simon went to visit the legendary Matt Simmonds. The guy pins and we were eager to hear what he had to say when it came to the secrets of training to become a world cup downhill racer.
Read More | 13 Comments
Videos Turner Matt Simmonds
Simon Nieborak    Apr 19, 2014

Nico Turner's 'Live To Ride' - New Series Starts Now
Nico Turner is back with a new season of "Live To Ride" and he kicks it off with Alex Bond and Brett Wheeler.
Read More | 14 Comments
Interviews Turner
Mike Levy    Apr 18, 2013

Interbike 2010 - Big Hitters In The Elka Booth!
Elka Suspension may have had a small booth at this year's Interbike, but their presence was larger than life. Not only did the Canadian suspension experts debut their new fork cartridge at the show, but they also were showing off a number of the newest and most sought after downhill bikes, all equipped with the Elka Stage 5 damper.

Prototype Turner RFX - Dave Turner Speaks!
First we got up and close with the new DHR, now we talk to Dave Turner about his second generation prototype RFX dream machine at Interbike 2010. Inside you can scope out all of the photos and info as long as you promise not to get too excited, you'll also get a video tour of the prototype RFX by Mr. Turner himself!

Turner DHR: A Closer Look!
Turner's much anticipated new DHR downhill bike has generated a fervor of excitement as pictures have leaked out over the development period, but now you can finally hear from the man himself and see the bike in detail. Inside you'll find all the photos, as well as a detailed video giving you a close look at the DW-Link equipped speed machine!

Turner 5 Spot: Reviewed
In the trail and all-mountain world there aren't many bikes that are more sought after than Turner's venerable 5.Spot. The Spot has a rabid following of riders that claim the machine is capable of miracles when put to dirt. We've been able to build up a 5.Spot with some choice parts to see how it handles our local terrain. Keep reading to discover how it fared, as well as watch a great HD video!

Sea Otter - Tyler Morland's Turner DW DHR
Tyler Morland is one of Canada's best known DH racers and is also known for building some of the wizziest bikes you'll see rolling the trails. Working for SRAM has its benefits for sure, as does being an athlete under the Troy Lee Designs umbrella. We ran into Tyler a few days ago when he was building up his all new Turner DW DHR race bike and posted a few pics for you to drool over. Now we were able to corner him and take a really close look at his bike and do an interview too.

And the DW-Link goes to...Turner Bikes!
After years of collaboration and months of anticipation and secrecy, it has finally become official that the next company to use DW-Link and build the next DW-Link downhill bike is Turner Bikes.

Brad Oein had a great 07 season, winning the Golden State Championships in Jr.x and Qualifying to race at the World Championship in Scotland. . . Now training in Australia for the winter, you can expect to see plenty of top place finishes from this proven DH racer upon his Turner DHR race bike. His racing schedule has him back in the states just in time to race the first National race in Fontana CA.
Read More | 24 Comments
Press Releases Turner
Luc 'Acadian' Albert    :: from Luc 'Acadian' AlbertMay 4, 2007