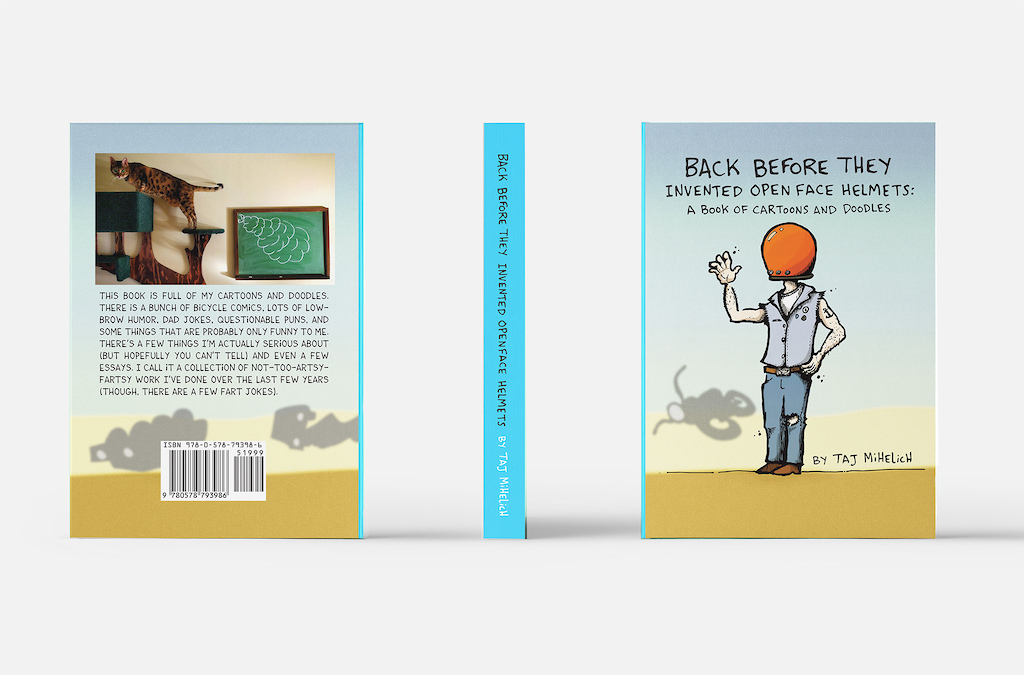 BMX legend and Pinkbike contributor Taj Mihelich is releasing a book of doodles and cartoons called Back Before They Invented Open Face Helmets. It's available for pre-order now, and they start shipping on November 25th. 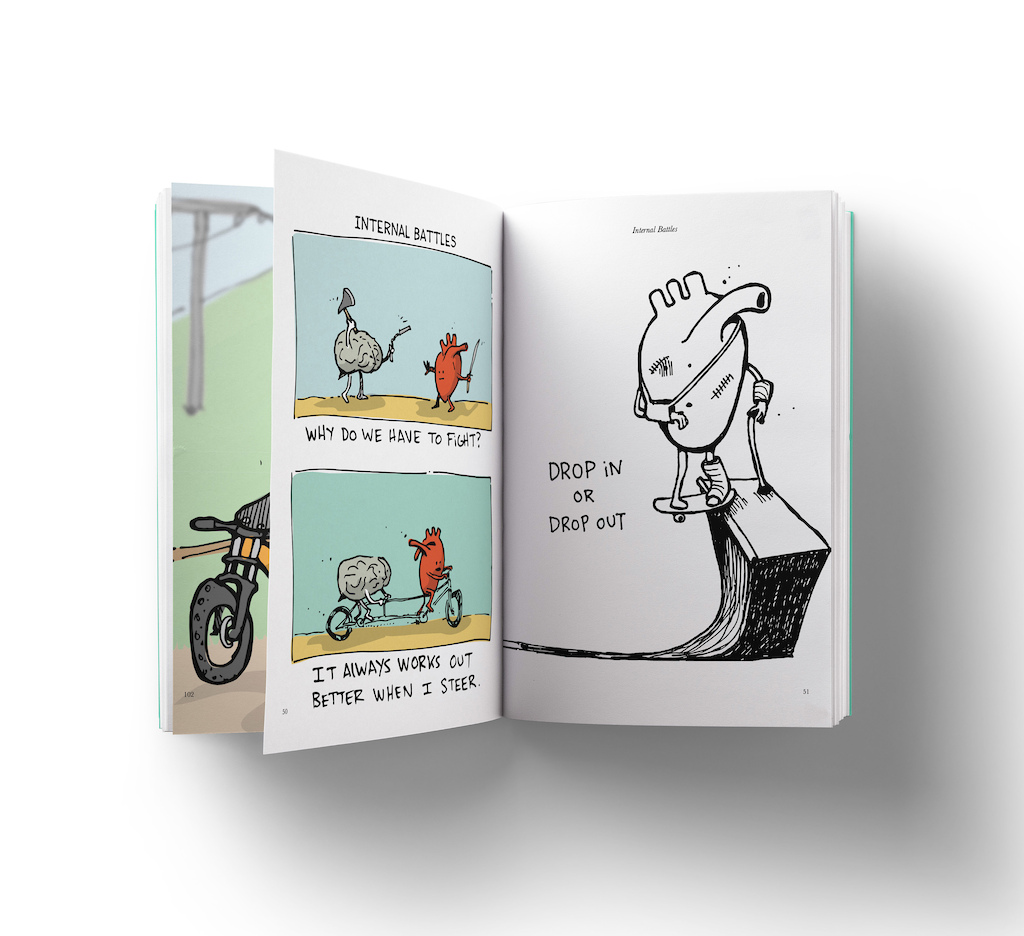 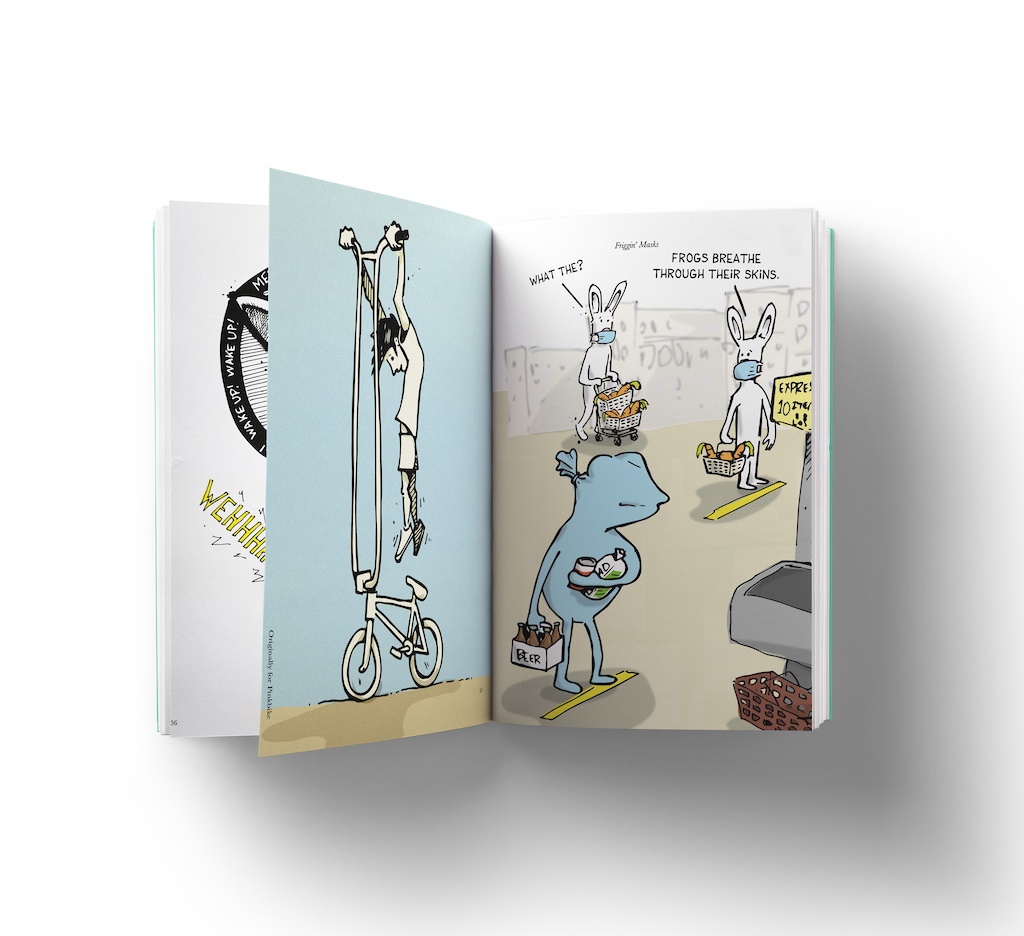 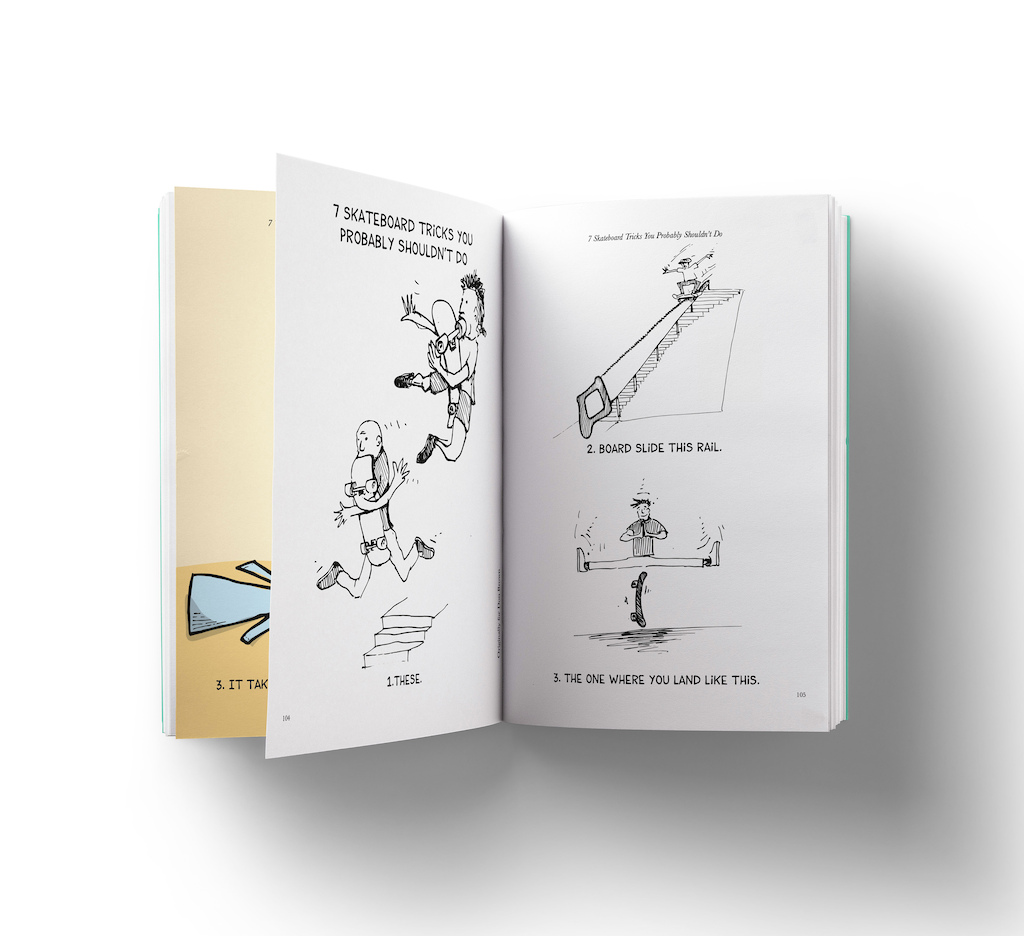 It's not often one of your childhood heroes cold calls you with a work idea. I grew up watching Taj Mihelich ride BMX, and even as I drifted over to the larger wheels of mountain biking, he was always one of the greats. He wanted to do some cartoons for Pinkbike, so it was a relief when his illustrated proposal was the best pitch deck I'd ever seen. It still is. Saying yes was easy, and "Sunday Comics with Taj" was a hit on Pinkbike.

Equal parts autobiographical introspection and self-deprecating witticism, Back Before They Invented Open Face Helmets is a remarkably poignant read. Some of the illustrations we originally commissioned have made their way into its pages alongside a collection of his other doodles. The book is incredibly funny, but it's also an inspirational roadmap for anyone trying something new. A beacon for staying motivated. 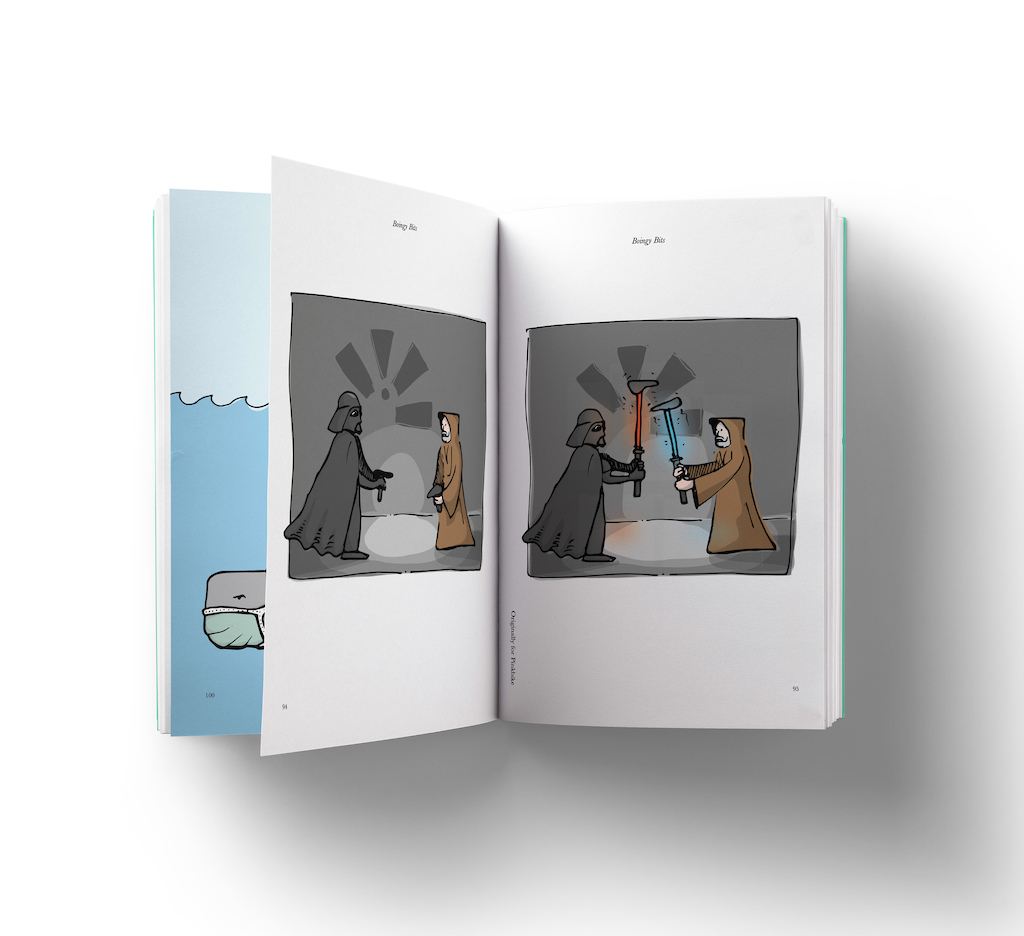 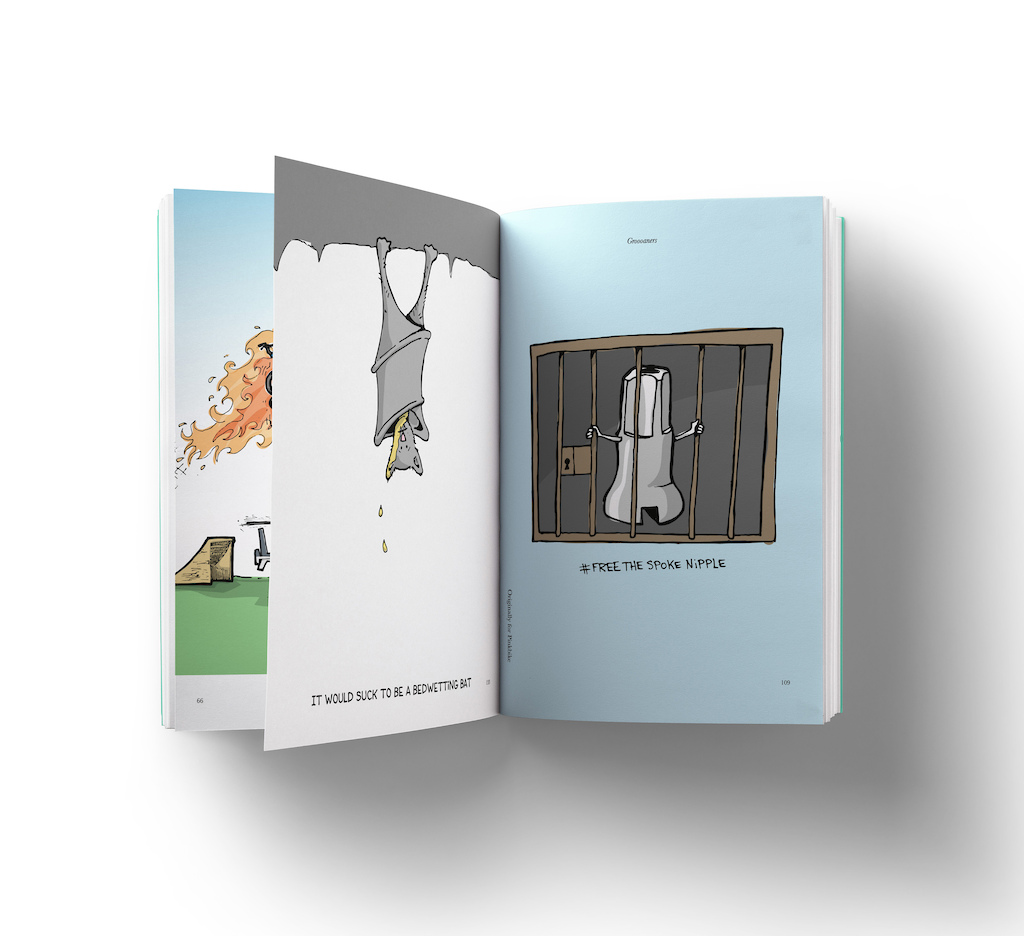 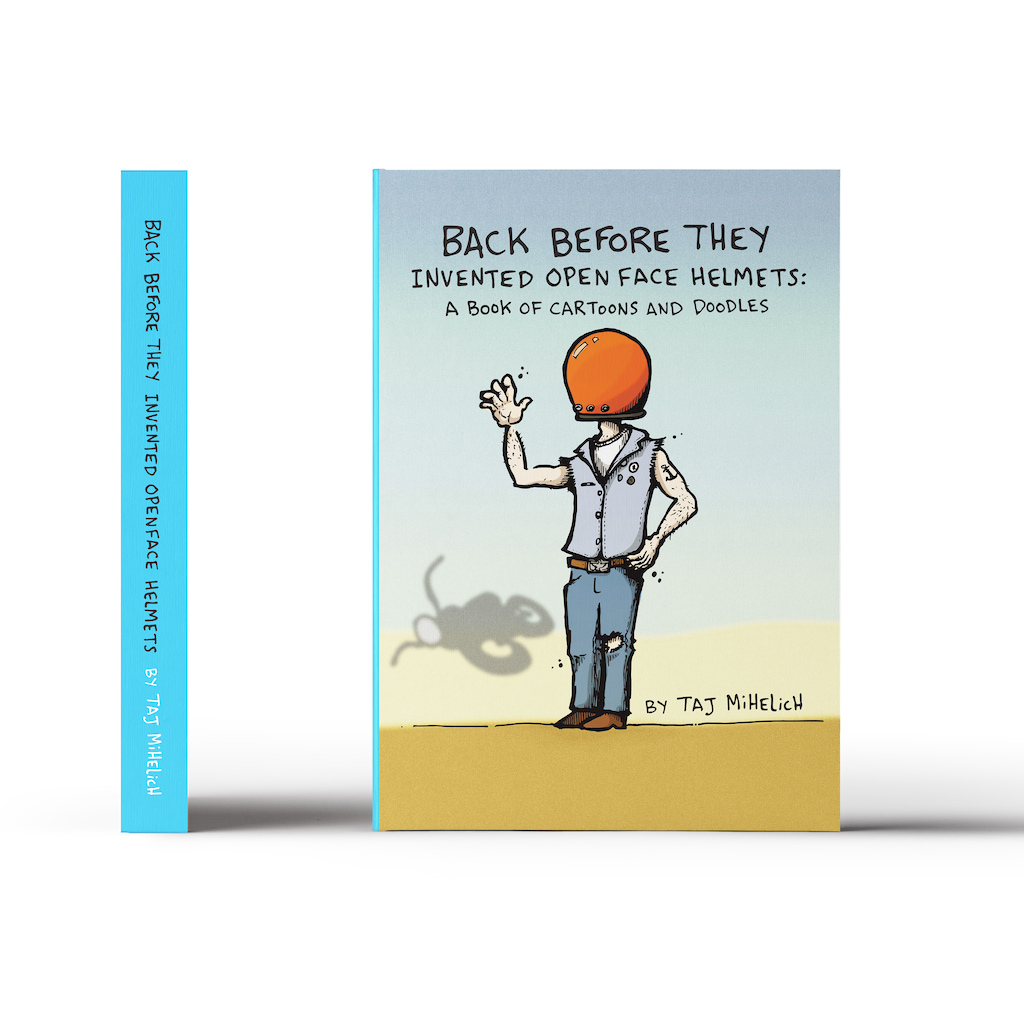 phillyforester (Nov 19, 2020 at 14:56)
Pre-ordered off Amazon. Perfect Christmas gift the mountain biker on my list. Will he notice if I read it first? Maybe I should order another one...

pettyhatemachine (Nov 19, 2020 at 11:01)
Oh man I definitely want this! Taj is one of my comic inspirations. I really miss the Sunday comic stuff.

Tajlucas (Nov 19, 2020 at 11:29)
they're available in Italy too, just the shipping is too expensive from my little store. They're on Amazon.it under "Taj Mihelich" or probably other book sellers that you like as well. No frown face, just bad jokes!

bennorz (Nov 19, 2020 at 1:19)
EU is covered via amazon, which is kind of a bummer. I'd always prefer to pay the artists directly, but I guess I'm just glad that I could order it at all

Tajlucas (Nov 19, 2020 at 7:57)
@bennorz: thanks so much! yeah, for outside of the USA and Canada the shipping gets too nuts. My old book, Bernie the bike Builder is for sale for $22, but costs $25 to ship to Uk. But the printer has locations in Uk, europe, australia so it makes sense for them to just print copies over there and ship inside their region.

Narro2 (Nov 18, 2020 at 11:47)
i'll get downvoted for this, but i feel like pinkbike saw the success that Waki's drawings had on the webpage, they decided to bring their own guy to do drawings, rather than hiring the Wak.

bertifromsk (Nov 18, 2020 at 11:50)
Where is Waki anyways?
I remember hearing some rumours about him testing the grim Donut

lkubica (Nov 18, 2020 at 13:56) (Below Threshold)
@pdxkid: For some reason? He was a victim of the BLM. In the BLM support thread someone said he was a racist and got lot of up votes from angry people who did not like him (mostly because he was smarter). So he went away.

bman33 (Nov 18, 2020 at 17:19)
@Narro2 : Their 'own guy' is a well know BMX and bike industry guy who's probably forgotten more bike riding skills than most will ever have. He is also a solid artist. Not taking away from Waki, but Taj isn't a hack by any means