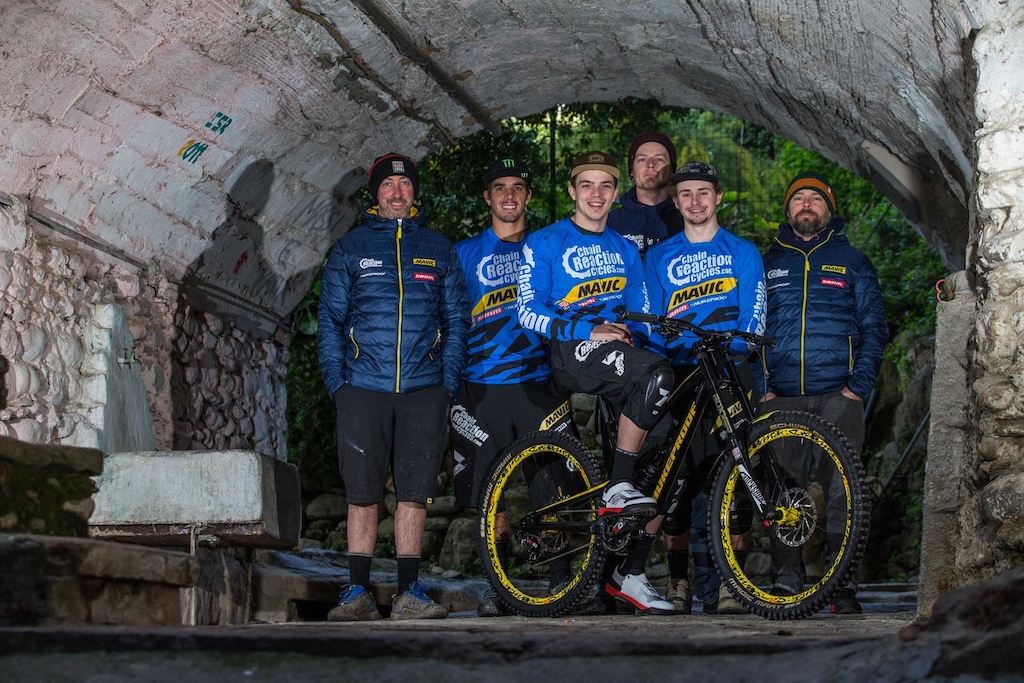 Team Chain Reaction Cycles is excited to announce that we have partnered with French brand, Mavic, as a joint title sponsor for 2017. The team will be racing at the UCI Downhill World Cup and Enduro World Series events, plus some select additional events as well.

The team for 2017 has been scaled down a bit but still includes a very talented group of riders, headed up by the legendary Sam Hill, who will be focusing on EWS events, Welshmand, Mike Jones, who will be looking to secure top positions on the Downhill World Cup, and young Wigan rider, Elliott Heap, who goes into his first year as an Elite on the World Cup. 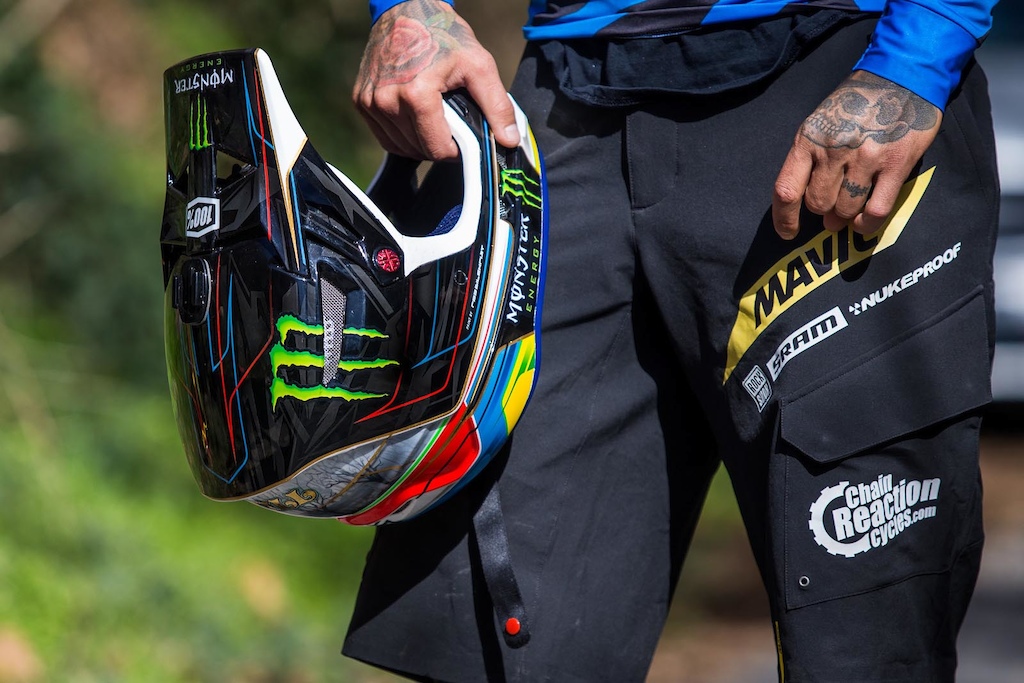 After an incredible introduction to world enduro racing in 2017, topped with a win in Valberg, France, and two 2nd place finishes, Sam Hill will mainly focus on the EWS. The five-time Downhill World Champion really enjoyed the new challenge of enduro and Sam’s fully focussed and ready for his first crack at the full EWS series. He will be racing aboard his SRAM equipped Nukeproof Mega. 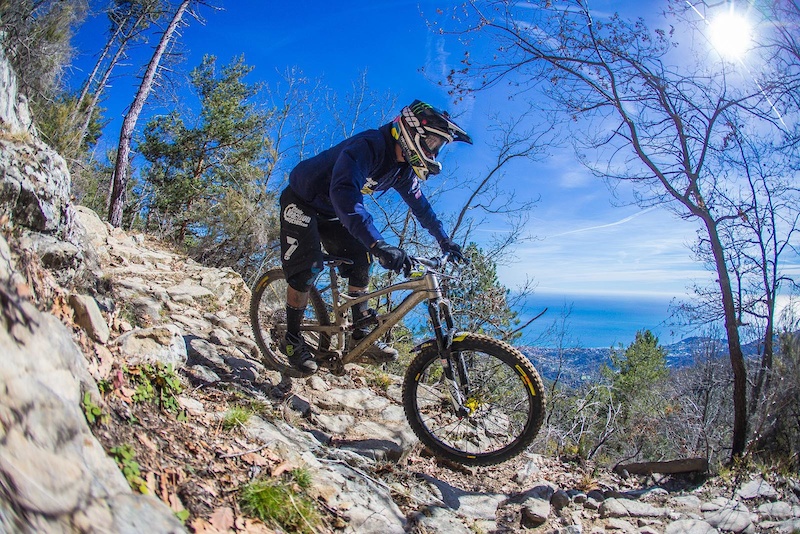 Mike Jones is back to full health and the time getting there has made him even more eager to launch his assault on the UCI Downhill World Cup and British Downhill Series. The young and super-talented Welshman landed his first World Cup Downhill Elite podium at Lourdes, France, back in 2015, showing that he has the pace and the head to do it. This will be his third year as an elite rider on the World Cup and we're very excited to see how he goes. 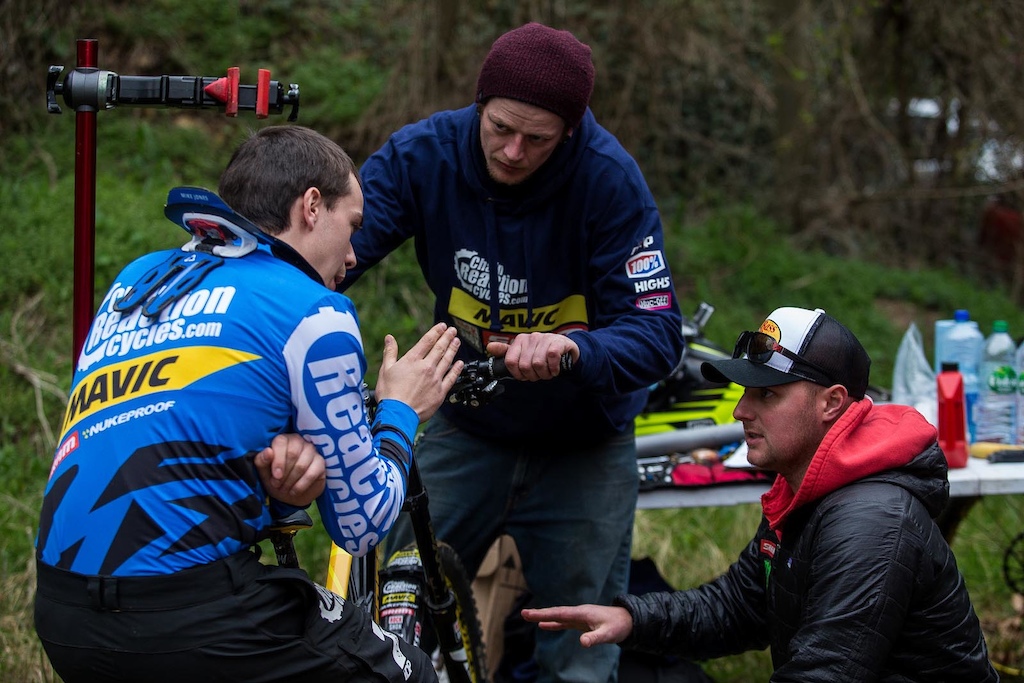 Elliott is the youngest of the team and moves from the competitive junior field, where he finished 2016 in third overall, to the Elite ranks for 2017. Elliot's main focus will be the UCI Downhill World Cup, but he and Mike Jones will also race select British Downhill and EWS rounds.

Elliott has the skills and drive to battle for the top level of world competition, which will make it an exciting year for him and the team. 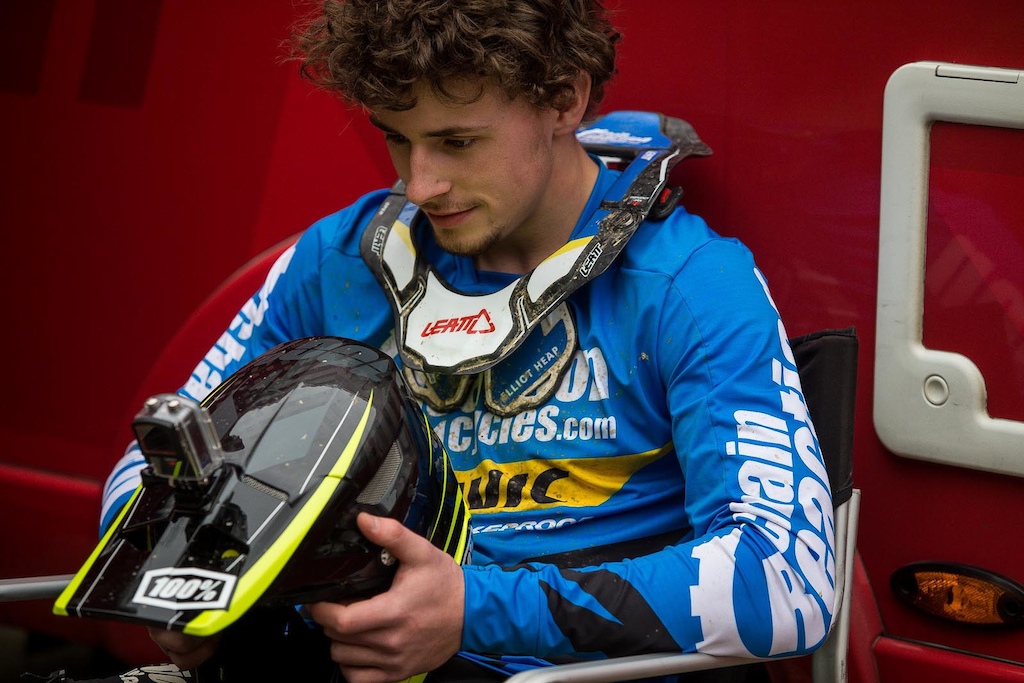 With the backing of Nukeproof, who Team CRC work with constantly developing the best bikes and parts available to us, we are also supported by:

Mavic provides our custom race clothing, with 100% for full face helmets and goggles, 7 Protection for knee pads and armour and Muc-Off for keeping our bikes clean and lubricated and our riders clean and smelling a million dollars. Then we have High5 for sports nutrition.

Thimk (Mar 7, 2017 at 10:16)
@darkmuncan: Would be nice for sure, but he wouldn't be able to unless he has enough points/bonafidis from doing world cups regularly.

darkmuncan (Mar 7, 2017 at 14:21)
@Thimk: don't you qualify for World Championships based on your ranking at National Championships and the # of allocated spots for your country from the UCI?

Or am I thinking about Olympic XC?

I think his experience and skill-set are now better suited to tackle the EWS format. With its multi-stage racing it's more forgiving for riders who make 1 or 2 errors during a stage, and still have a good chance of success. The same errors which would be fatal in a 3-4 minute DH run, and lets be honest consistency is not Sam's strong point at the moment. The dude is fast as hell, but not consistent enough to be competitive in UCI DH anymore (thats just my opinion).

darkmuncan (Mar 7, 2017 at 19:12)
@ibis09: EWS is definitely not as exciting, UCI DH is determined by .03 of a second, not minutes like the EWS, so the pure excitement level just isn't there, but the enjoyment comes from watching the entire field as they move up and down throughout the course of a race (and even the season).

I also think the coverage isn't really there as it's NOT that exciting and you can fit the finals into a 90 minute broadcast.

Thimk (Mar 8, 2017 at 6:36)
@darkmuncan: Not exactly sure, but EWS is definitely not UCI. Lotta fast aussies out there too. His chances of getting back on the team are slim, sad to say. He wasn't selected last year either.

TomShark (Mar 6, 2017 at 22:06)
@jordanneedsafork: That link doesn't work in New Zealand bol. Same as when Chain Reaction have a sale on Kona. I guess there's some sort of exclusive rights thing going on with these brands and their NZ distributors?

jaame (Mar 7, 2017 at 1:49)
@headshot: Some things they only have a contract to sell in the EU, such as mavic. If you change the country on to UK, everything shows up, but you still can't buy it.

number-6 (Mar 7, 2017 at 7:26)
@iian: Because Mavic are schrewd businessmen and restricted CRC to selling in the EU only.
There, fixed that for you

Bustacrimes (Mar 7, 2017 at 8:18)
@iian: yeah, protecting margin for their distributor is a dickish move. Not as dickish as doing nothing and letting a foreign global internet conglomerate undermine any profitability your product needs to offer to its business partners, but yeah, what a bunch of dicks.

iian (Mar 7, 2017 at 8:35)
@Bustacrimes: Yes, but ultimately the international customer suffers most. Say for example, CRC have a killer deal on Mavic wheels. International customer can't buy them due to restrictions, so they either buy from another brand, or pay more for Mavic from a domestic retailer. Either way it's a lose-lose for them.

gonecoastal (Mar 7, 2017 at 10:54)
Can't get SRAM out of EU or U.K. to Canada anymore either.
I now have he pleasure of having a bike shop order a component in for myself. Truely exciting times.

Any UK or EU companies that do freight forwarding?

gonecoastal (Mar 8, 2017 at 10:01)
@jaame: Yes! Or the "We placed this weeks order yesterday so it'll go on next weeks order unless you want to pay for shipping." Or the shop forgets to order it for you.

jordanneedsafork (Mar 6, 2017 at 21:05)
CRC blue and Deemax yellow is the best colour combination

TopperharleyPT1 (Mar 6, 2017 at 23:55)
Sam Hill on Mavic tyres. Hope the same thing doesn't happen as when Specialized got him to run their own tyres before they were ready. The king of corners needs grip man!!!

Trudeez (Mar 7, 2017 at 2:37)
His win and second last year in EWS were on Mavic tires. Clementz dominated in his championship year on their tires. The tires are pretty impressive in my experience.

jaame (Mar 7, 2017 at 1:50)
@russthedog: I believe PayPal is a major stakeholder in CRC. They obviously didn't feel the ROI was good enough, what with CTC having a pretty below par year by their standards.