They say things come in threes, well if George Brannigan and Luke Meier-Smith putting themselves out of contention with hand injuries wasn't enough Luke Williamson followed the trend and ended up with a poorly paw as well. 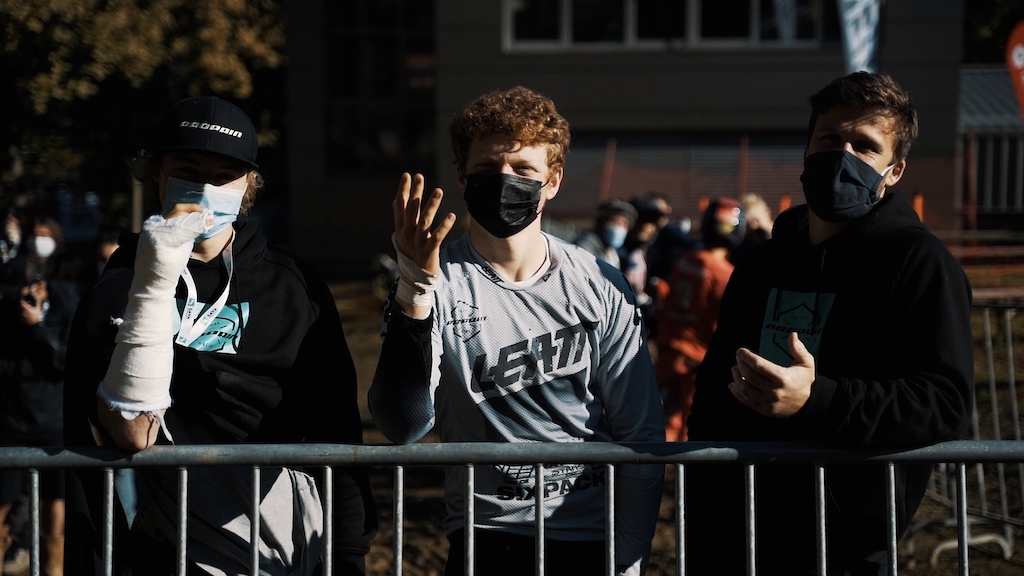 Just before qualis he had a little set down jaring his wrist making it uncomfortable to ride for Saturday's race. Not like George and Luke M-S fortunately LW injury wasn't serious enough to prevent him from giving it a go on Sunday. 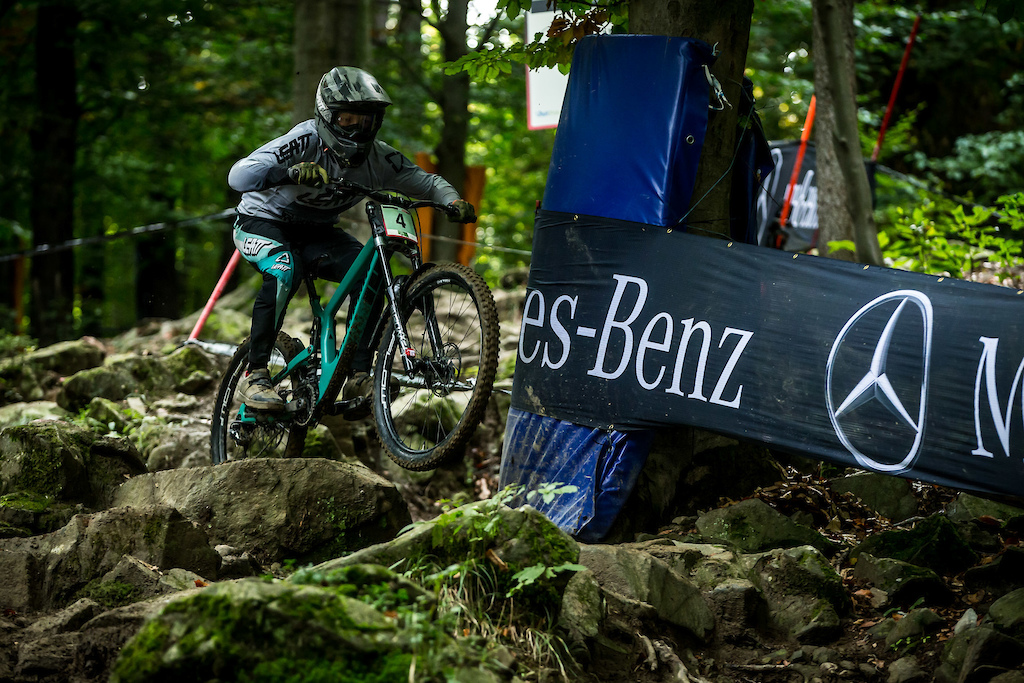 With a strapped up wrist and a handful of painkillers down the neck Luke set off on his race run but unfortunately early on he had a crash and was losing air from his tyre further down the track. 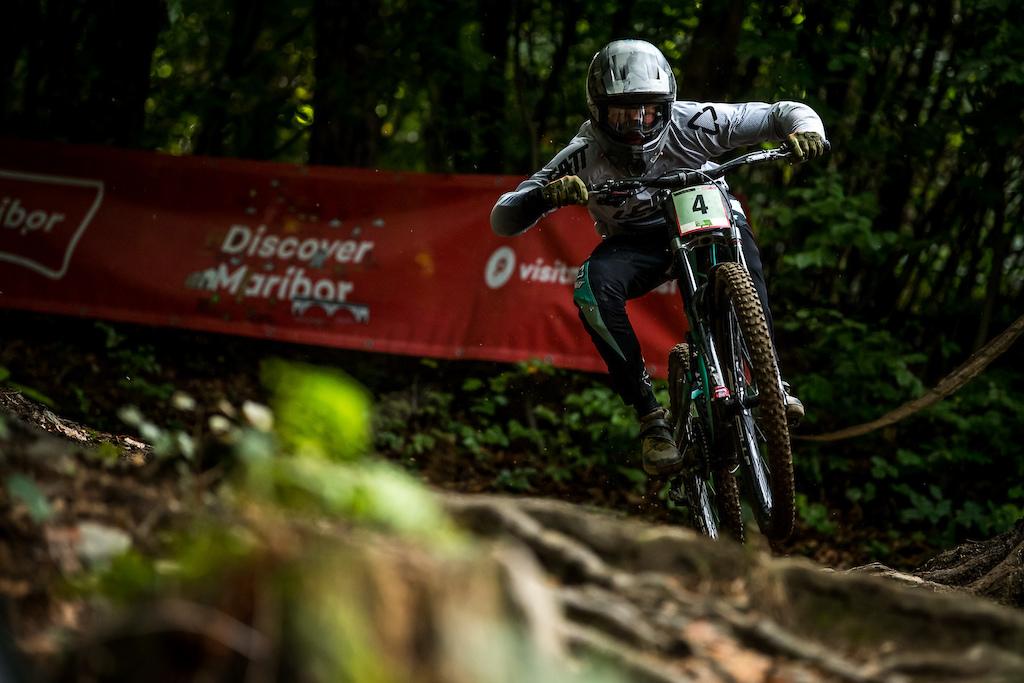 Even though Luke pulled out some impressive speed showing strong lower splits there was just too much time lost from the crash and 13th was all she wrote. Not the result Luke was looking for but it definitely was not for the lack of trying. Onwards to Portugal! 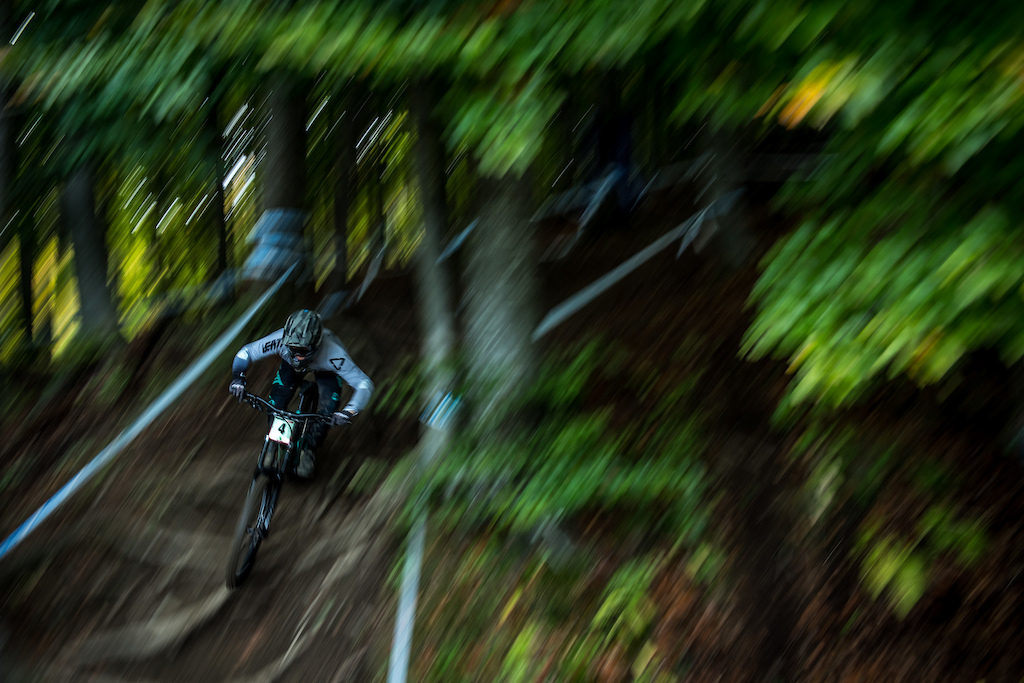 
"Sunday” on Friday in Maribor was great! Both Dakotah and Jure were fast all week long and kept it cool all the way to the final runs! Dak was 12th, Jure was very close behind him in 15th.


Race 2 in Maribor is done, this time on the much faster track! Jure Žabjek was 27th, Dakotah Norton 35th, both with one big mistake. Bring it on Lousã - with this speed these boys can do anything!


Going straight from World Champs and into a double race week has been a steep learning curve for the guys on the Canyon CLLCTV Factory Downhill Team. With one race run to reflect on and learn on, it's straight back to the start gate tomorrow for qualifying for race number 2 of the week. Stay tuned!


4 timed runs in one week and the Canyon CLLCTV Factory Downhill team can finally go into a week of well-deserved rest after yesterdays 2nd race day. Troy Brosnan took a podium 5th place yesterday, knowing he was just 1 second off the win has him excited to see what the next round in Lousa, Portugal will bring. Stay tuned for all the action from a hopefully warmer and drier Portugal next week.

For the first time in World Cup history 2 World Cups were held 2 days apart at the same venue, Maribor! With track changes and the weather conditions constantly evolving it sure made for some great racing.

After a successful few days, we’re ready for a few days rest before heading to Lousã for round 3 and 4.

Finally we have some world cup racing! We've just been in Maribor, Slovenia for a double World Cup week! One full practice day, two qualifying days and two race days!! Intense for sure. I had a big crash on the first day and sprained my left ankle and badly bruised my right one, leaving me struggling to ride at full pace all week. Dan finished second at the first race only 0.09 off the win, then after a bad qualifying run with two crashes, he rode a bit "safe" in the second race to finish 8th. This leaves him 3rd in the series heading to Portugal. I played it safe and consistent all week not feeling great on my bad ankles, and finished 33rd and 36th, leaving me 35th in the overall going into the next two races. Enjoy guys and see you in Portugal for another double header World Cup week!

Superburner (Oct 20, 2020 at 4:11)
Oisin is entertainment gold. Would have loved to watch that run second race run. Juniors on the live feed please!

dubiouslogik (Oct 21, 2020 at 11:18)
whoops, nevermind. it's the following weekend, not this one. Event info: www.redbull.com/int-en/events/uci-mountain-bike-world-cup-portugal

1:29 into the video look like you ran over the pole because you were about 2 feet out of the course but congrats on that 11th place.

I'm not a huge fan of Trump but he's a better choice than Senile Joe and the Heels up Hoe.

FUbob (Oct 20, 2020 at 15:48)
@suspended-flesh:
Thanks for nuthin, Willie Brown. You got laid and elevated this dunce to compete for top office of our country, not on merit but by getting your nutz off. YOU are the chauvinist, Wille and Kamala consented. San Fran never disappoints to deliver a huge turd.. shocker. Caw...

suspended-flesh (Oct 20, 2020 at 16:58)
@FUbob: No, I have a team of writers but they couldn't come up with anything more insulting than your own username and your own comments.

winko (Oct 22, 2020 at 2:13)
@FUbob: I think the americans now fully understand what the whole worlds has known for some time now, your whole election system is just bad, you were given a choice between two morrons and there is nothing you can do about it... at least until the system changes...