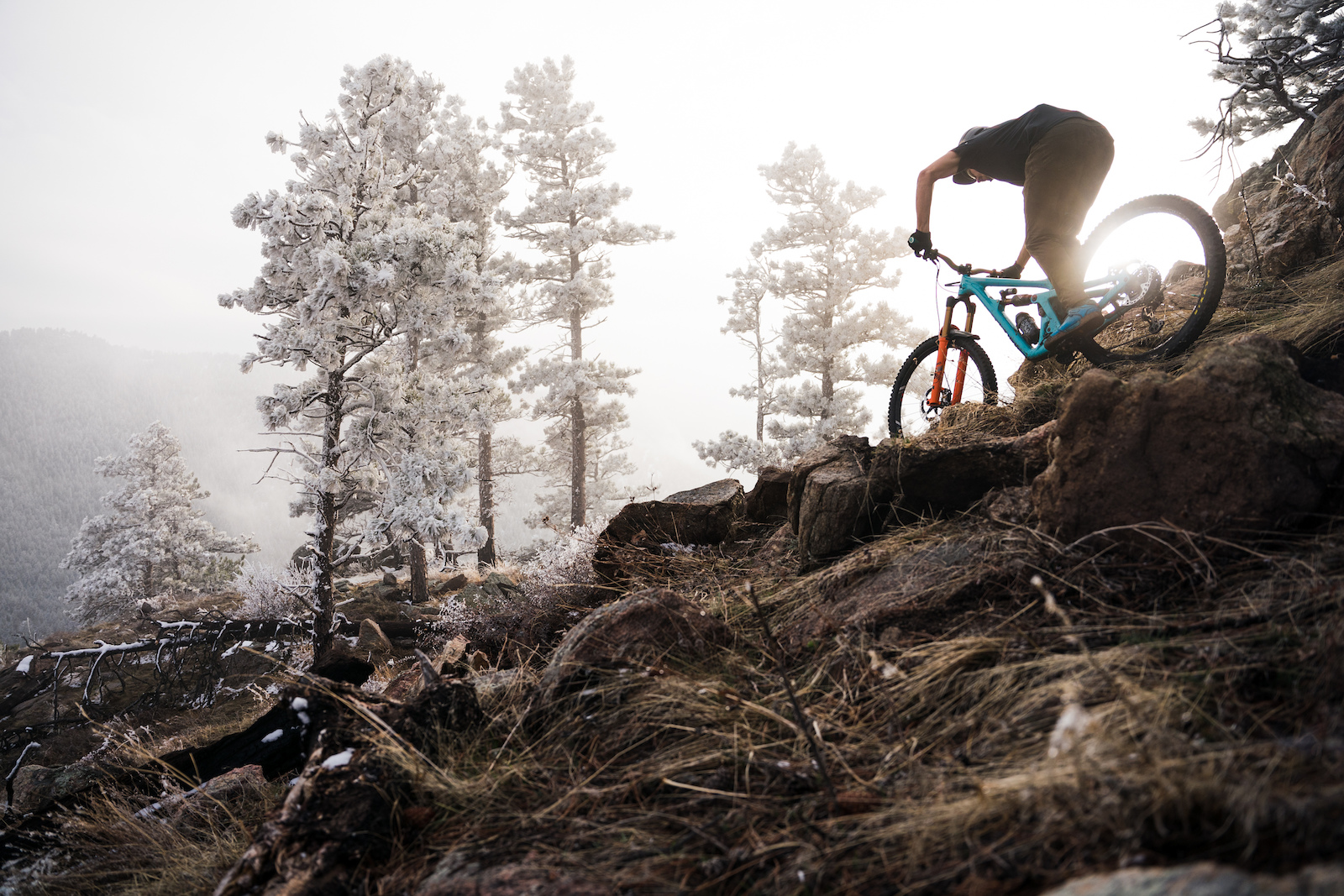 Tech Briefing is a feature for the new stuff that we spot every month, but haven't gotten our hands on yet. An eclectic serving of tech, from revolutionary products to novel traditional gear, with some wacky stuff thrown in for good measure.


The Armour B&S D30 and Armour Lite are designed to keep you safe when lockdown is over. (Learn more.) 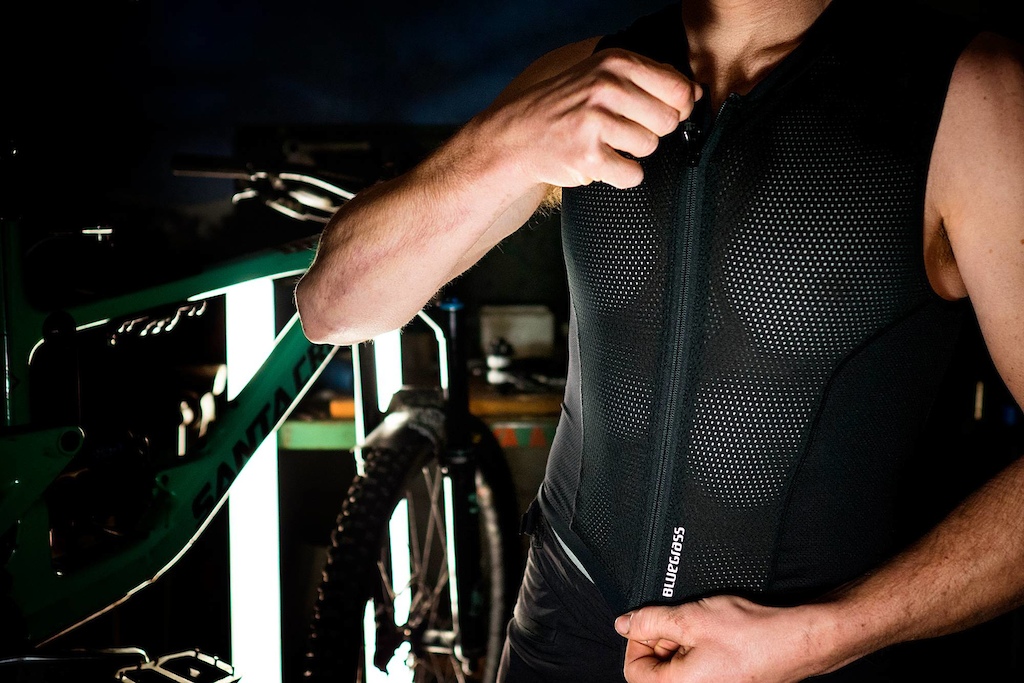 The SM Enduro saddle is offered in three models, with two sizes available in each. (Learn more.) 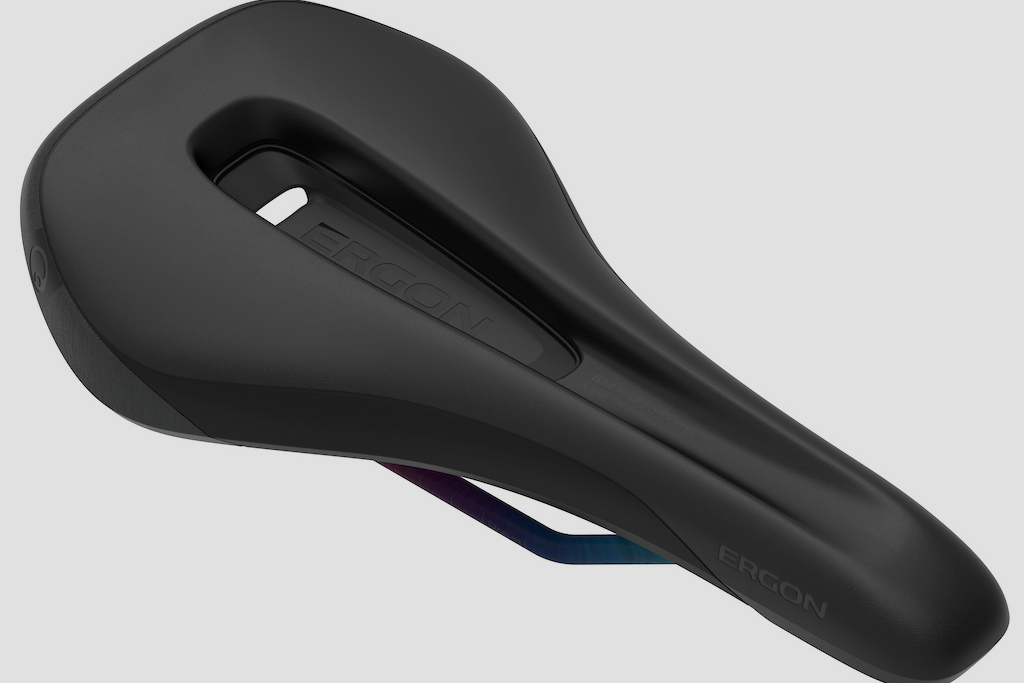 Traction Coffee Roasters is offering Yeti Cycles coffee until May 31st, with a percentage of the profits benefitting Road2Recovery. (Learn more.) 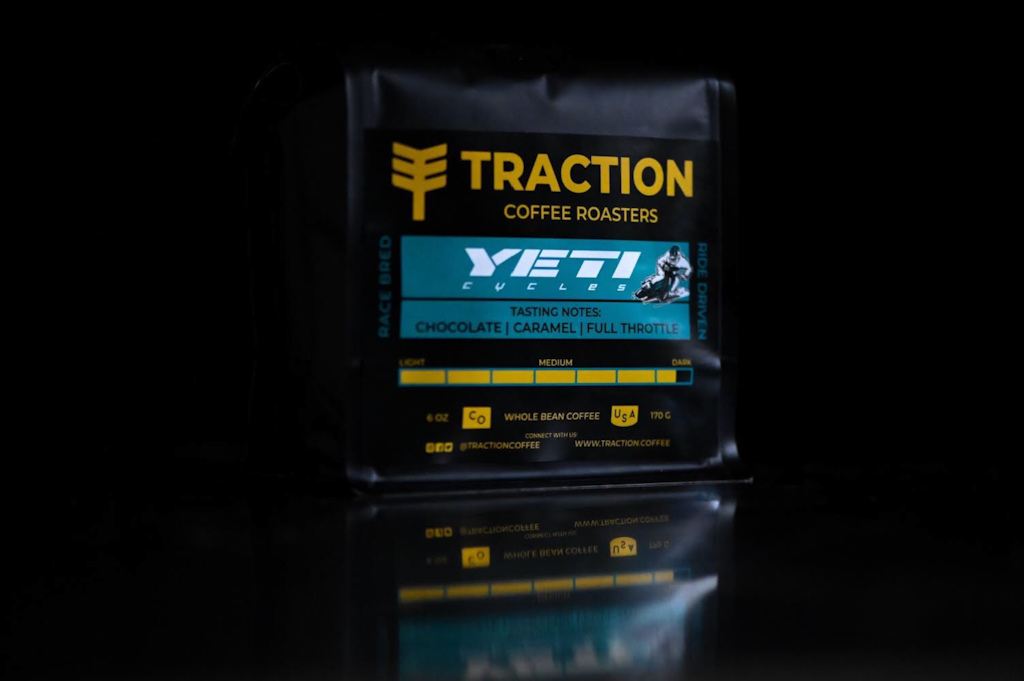 
E-specific rims that are designed to take the battering of e-mtbs. (Learn more.) 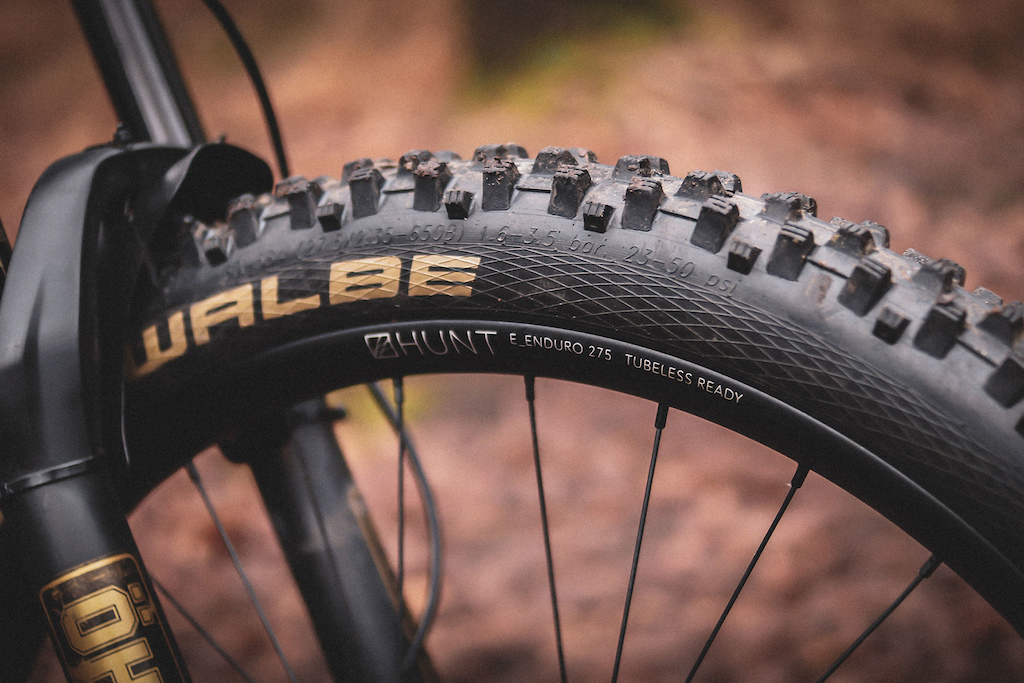 
Enve announces their new wheelset at their lowest pricepoint yet. (Learn more.) 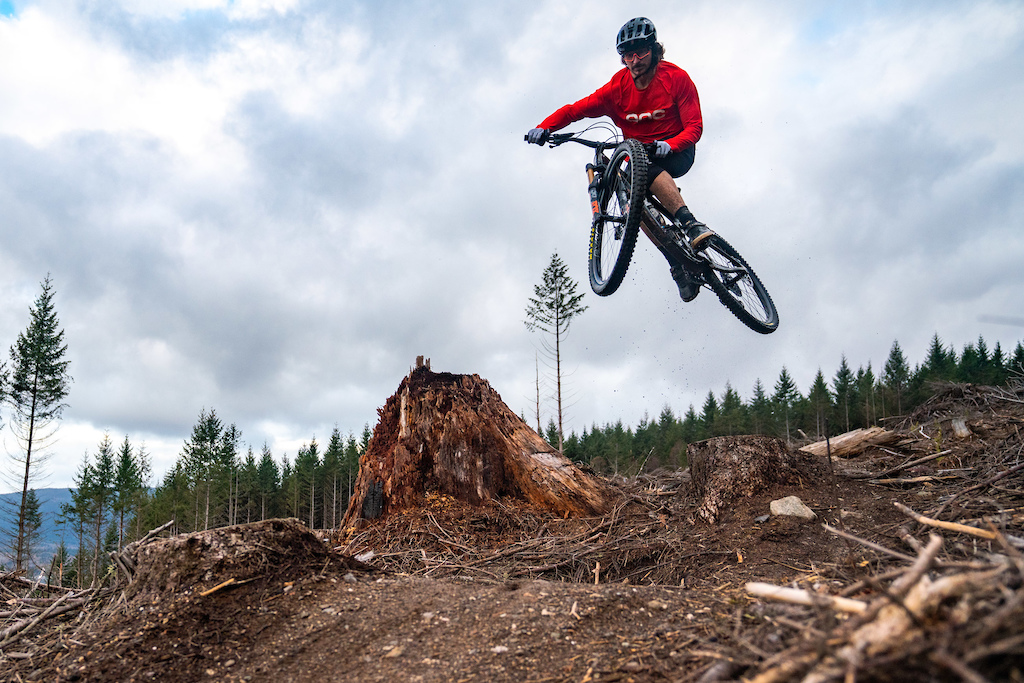 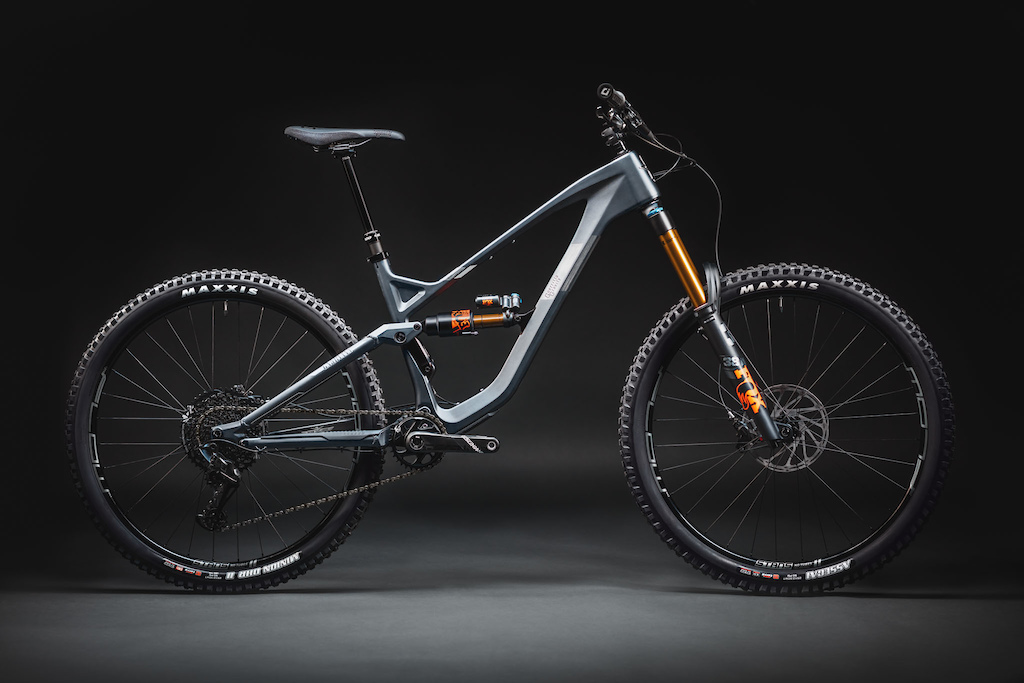 50% of Each Going In Kendams Sale Goes Toward WHO
Various


Kendamas says their product is not only fun and addictive, they are also a great way to improve hand-eye coordination. (Learn more.) 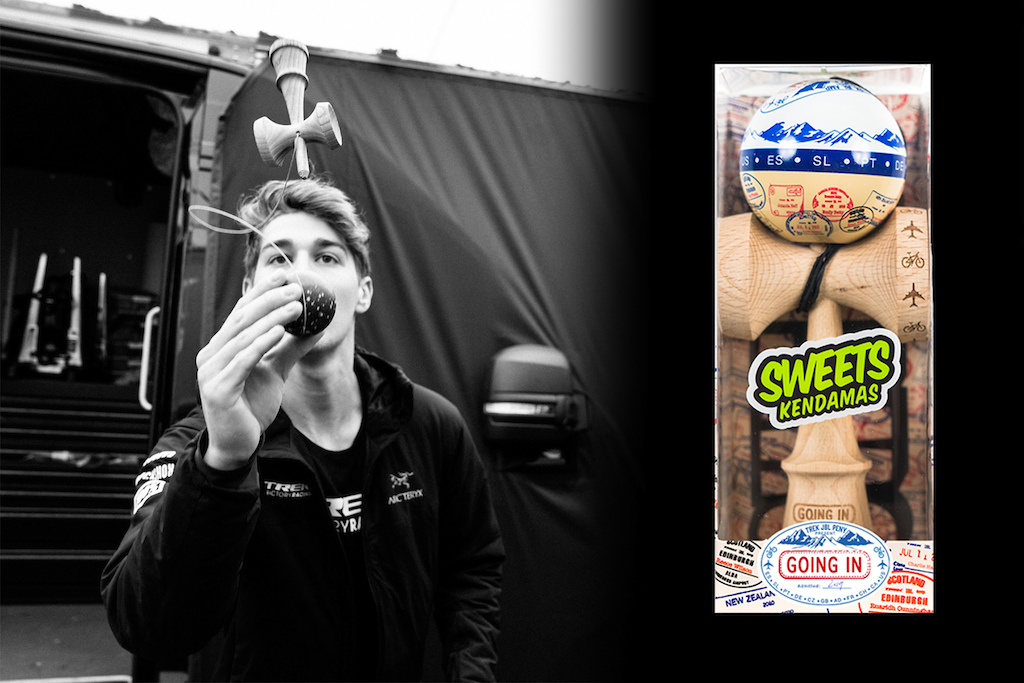 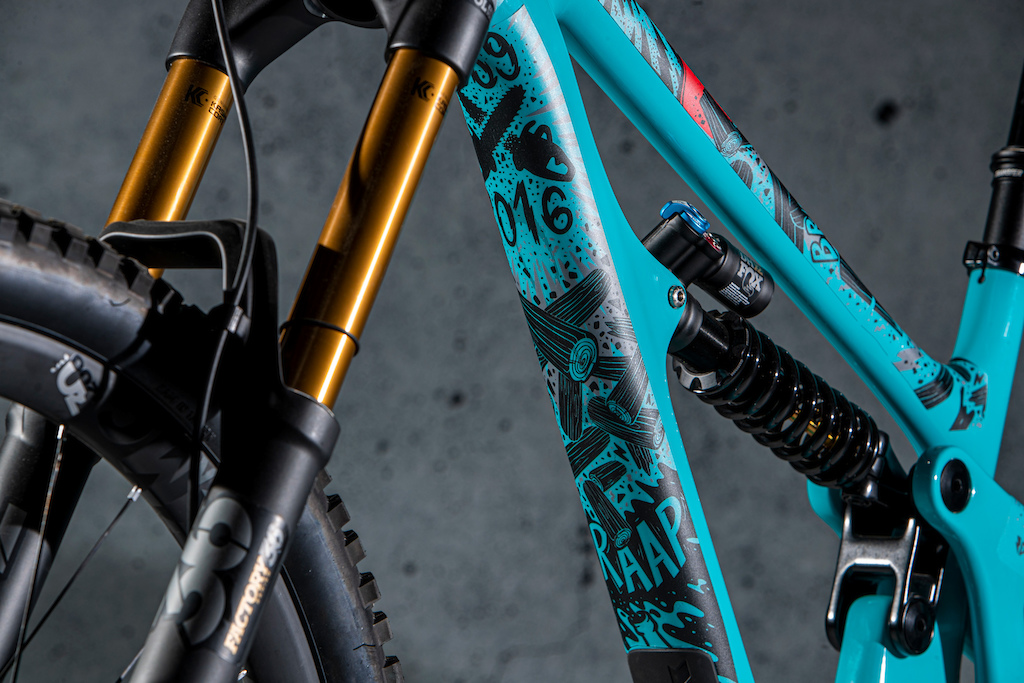 
RideWrap has updated a slew of the products that are ready to bear the brunt of destruction while riding your bike. (Learn more.) 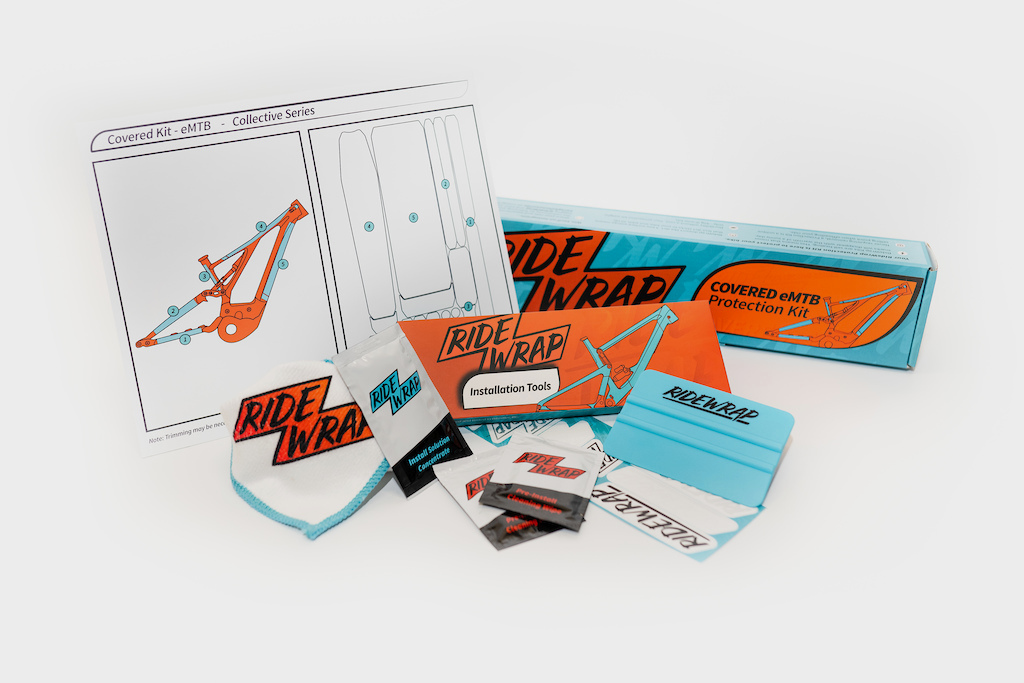 
Lyne Components is hoping this solves all your trailside tubeless needs. (Learn more.) 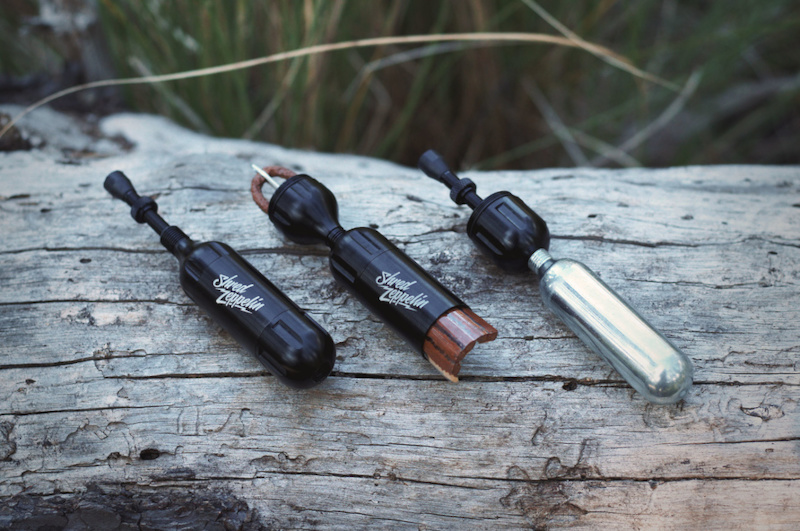 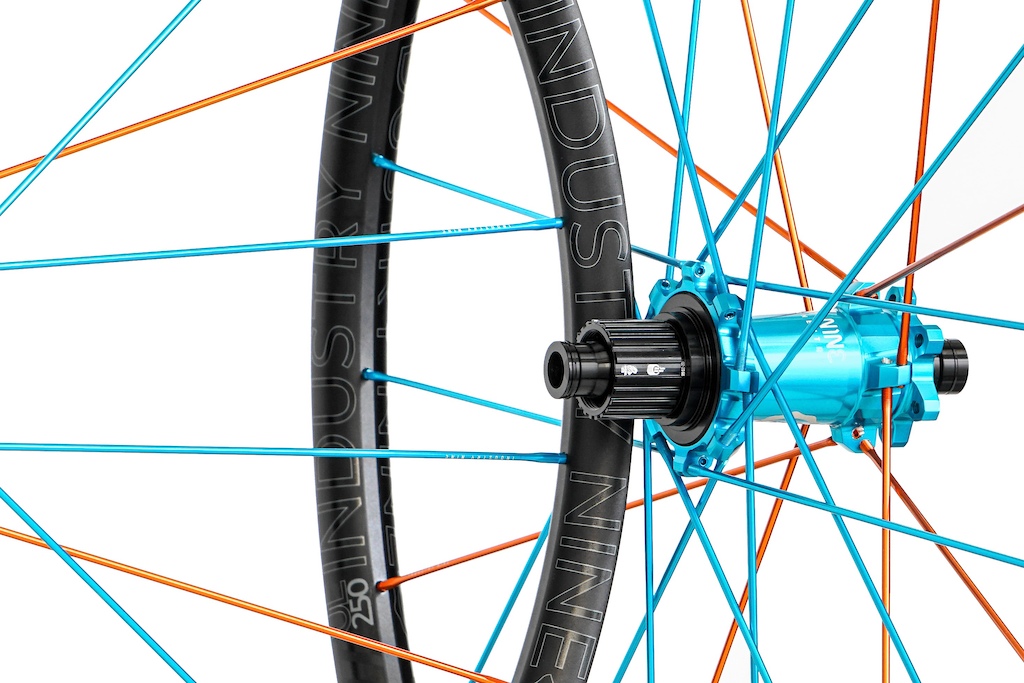 
Volume 05 of Broken & Coastal is dedicated to the badass women, trans, and non-binary folks that are leading the way in creating change in the cycling industry. (Learn more.) 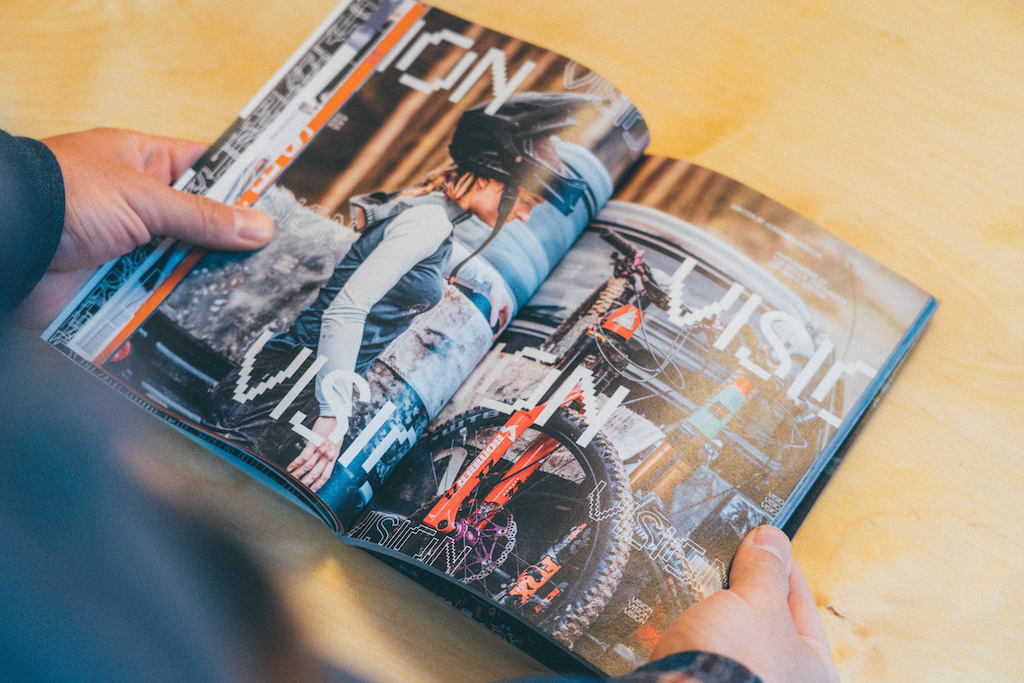 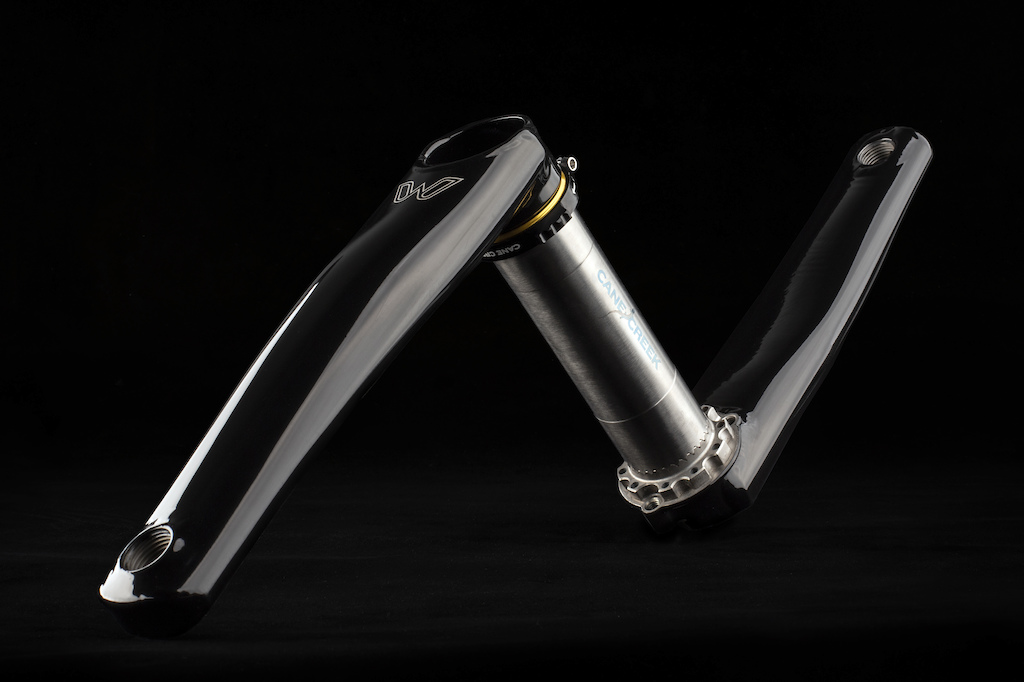 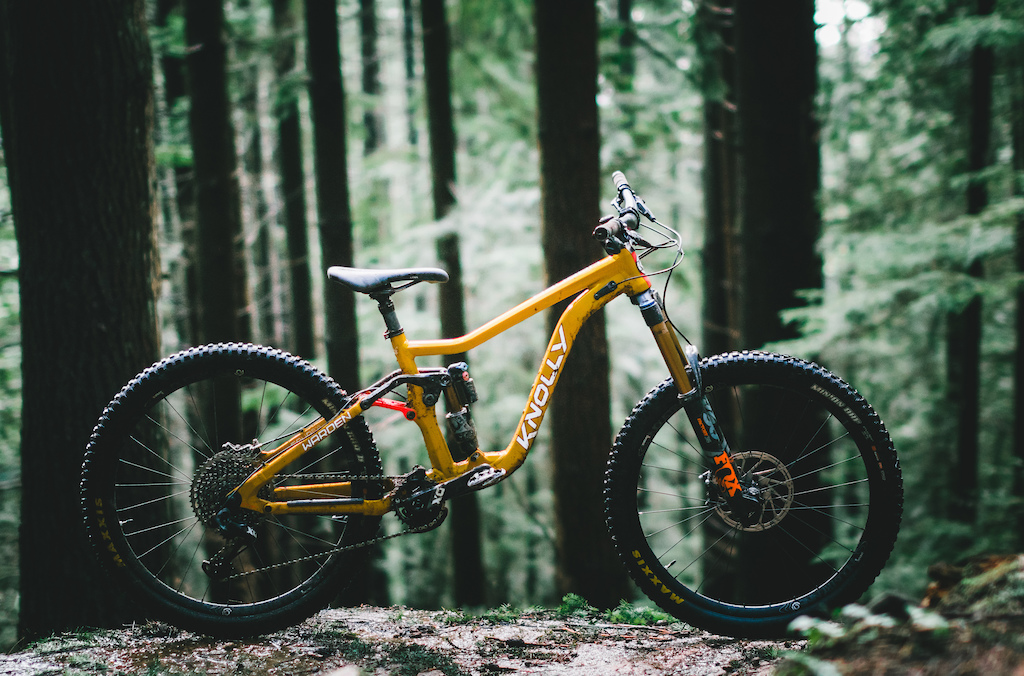 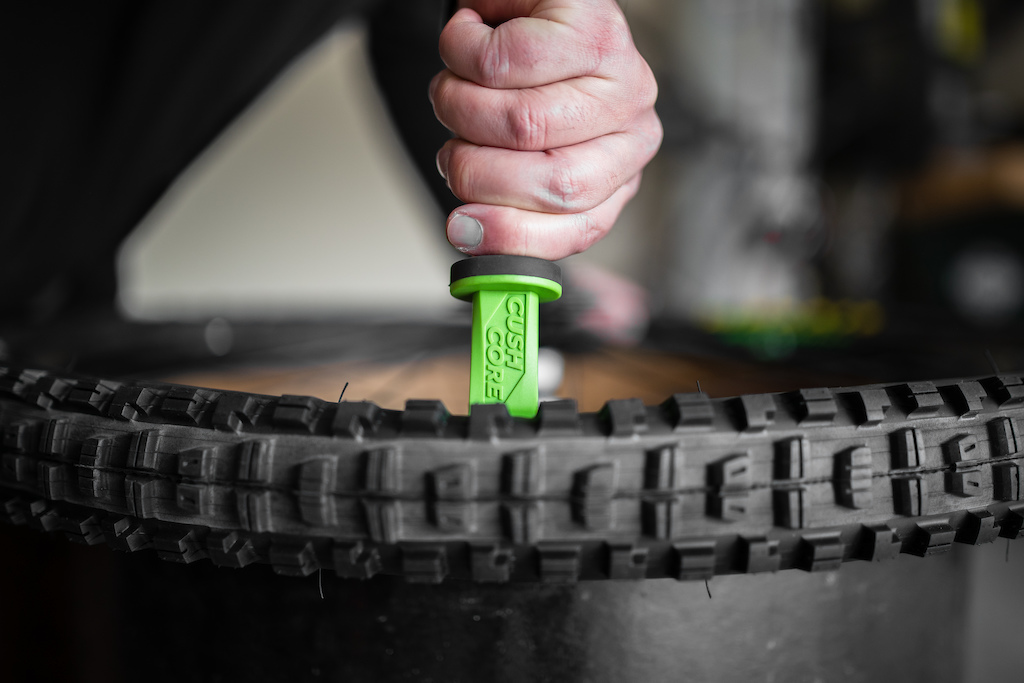 Take matchy-matchy to the next level. (Learn more.) 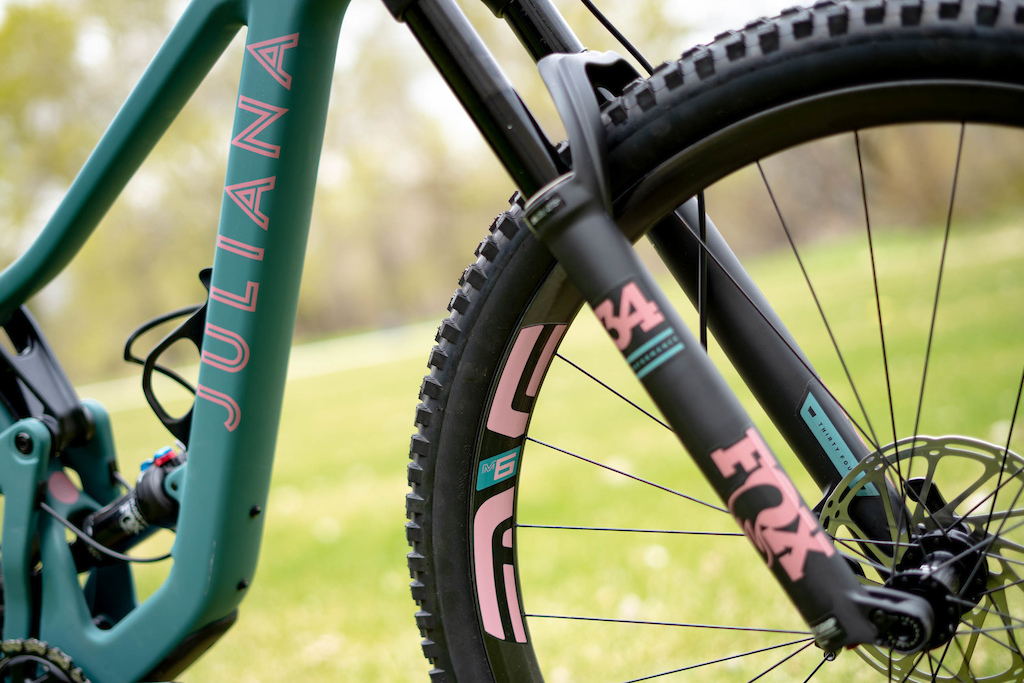 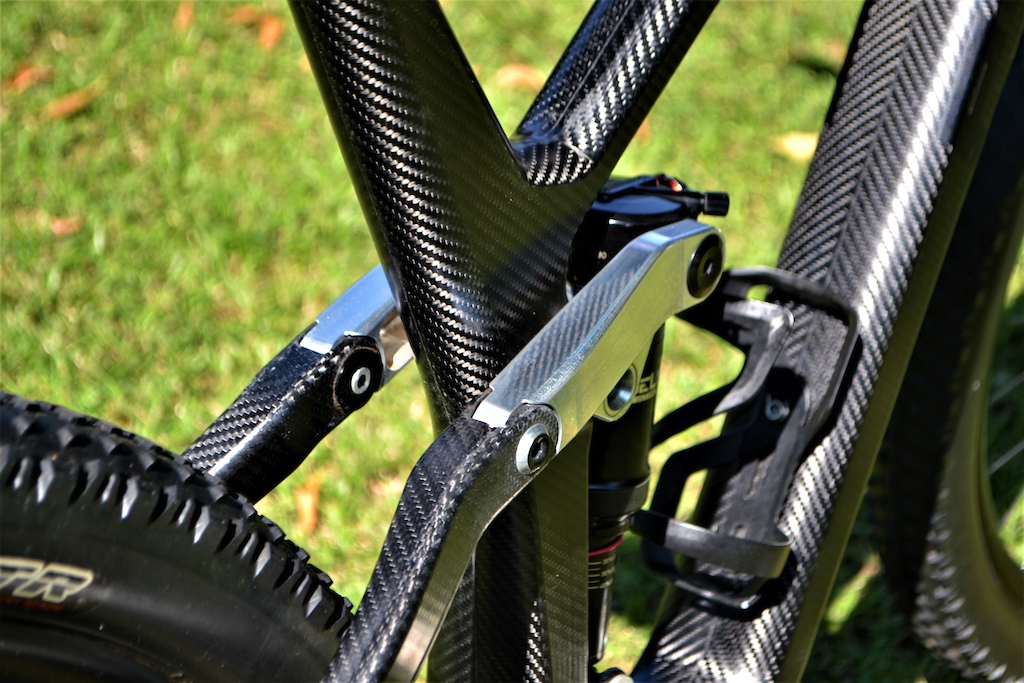 Motion Instruments have expanded the MotionIQ app capabilities with the addition of the Coach platform. (Learn more.) 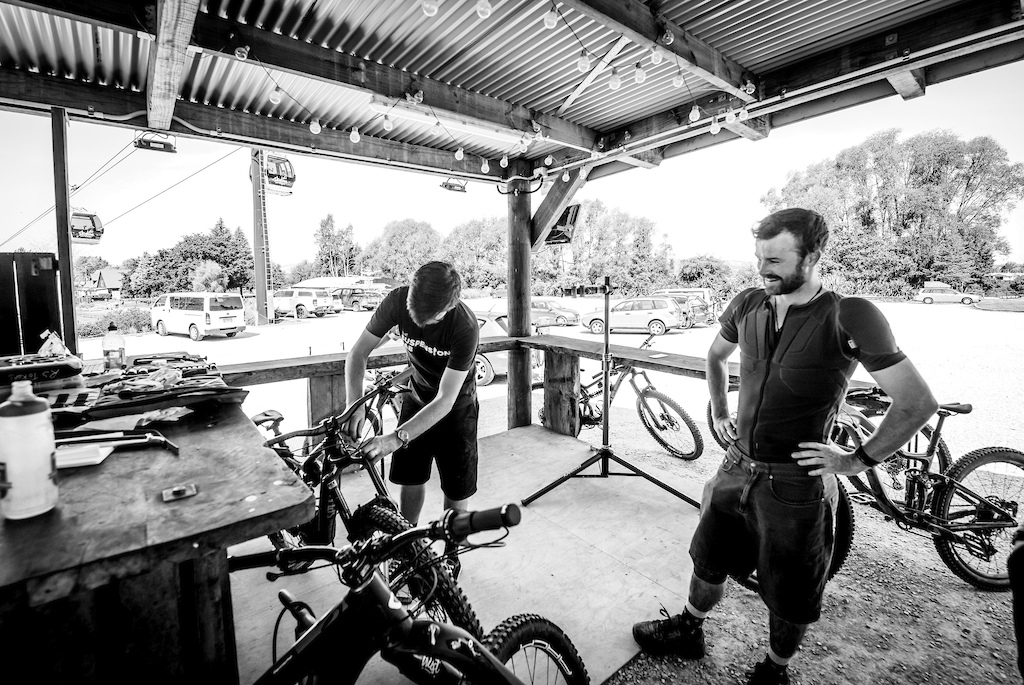 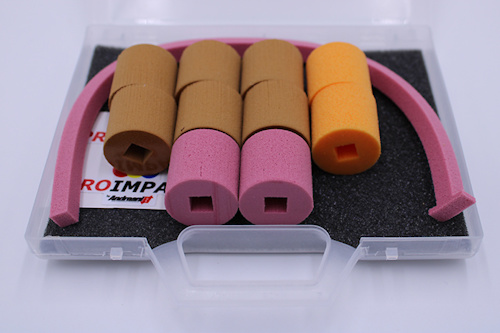 After unveiling their prototype Enduro bike at Eurobike last year, Privateer have a production model ready with some neat tweaks. (Learn more.) 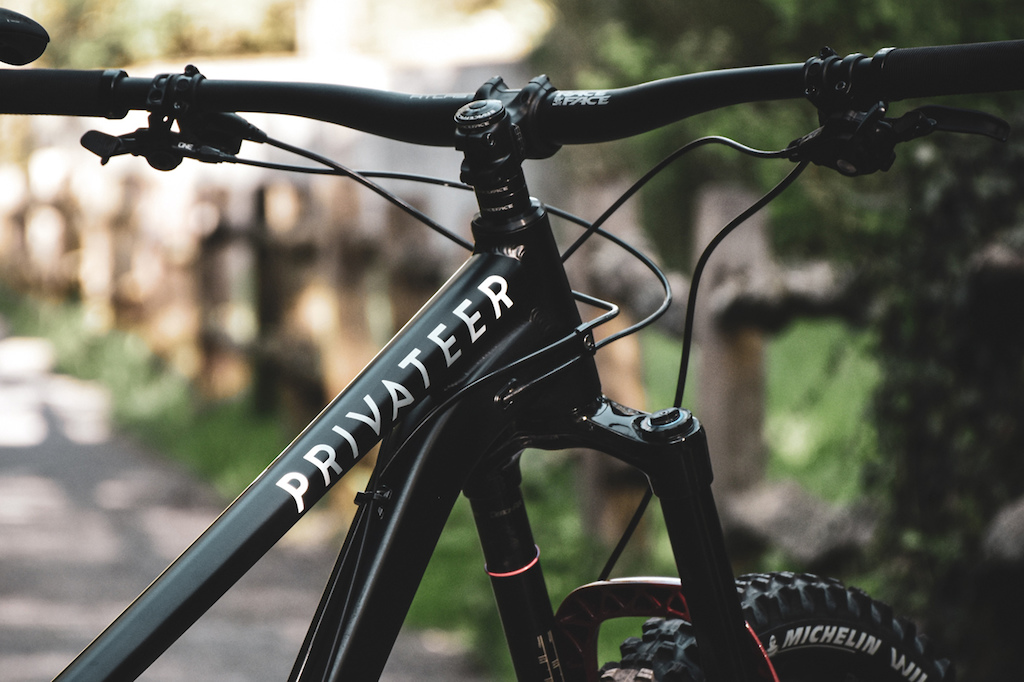 Cotic release the third generation of their UK made 29" enduro bike. (Learn more.) 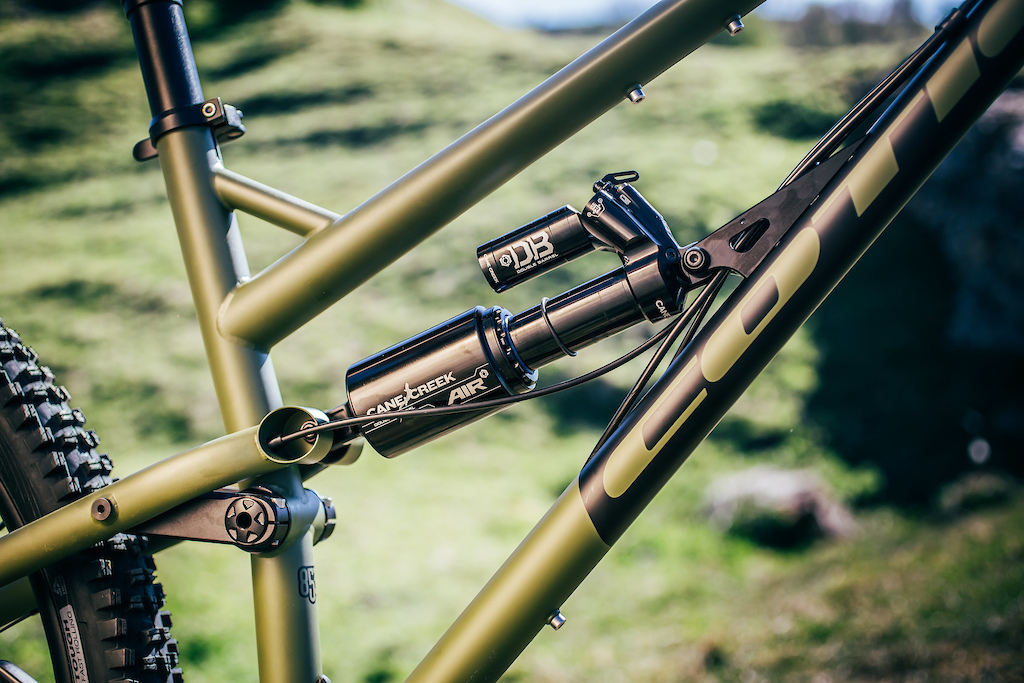 14pslope (May 6, 2020 at 16:53)
Not trying to be funny at all but I think it's an unfortunate choice of name for the vinyl company. For marketing purposes it's supposed to be easy to remember and associate but instead it just sounds awkward.

Drew-O (May 6, 2020 at 17:08)
Agreed, someone mentioned them to me and prefaced it with "it's a terrible name, but check out Dyedbro..." And all their designs have DYEDBRO in big letters the center of the top tube. Hard pass.

snowboardjon (May 6, 2020 at 19:08)
They’ve got some great graphics and I’ve been reallly close to ordering them a couple of times, then you see the awful dyedbro logo scrawled right across it and it’s a nope.

So if I (285lb powerlifter in my birthday suit) ride my 15kg enduro bike off my usual 4' drops, through rock gardens, over gaps, through fast bermed corners hard blah blah (check me out I'm SO Endurobro) and then my 150lb borderline malnourished mate on his 23kg Ebike rides the same ubertrail, does he still need the E-specific wheels whilst I don't?

Being a qualified gym thug, I can put down some decent power whereas my featherweight friend can barely carry a shopping bag home. Does his bike still need mega wheels to match the extra power that his bike produces?

I don't own an ebike and have nothing against them but I'm trying to understand why they need specific wheels and those of us who weigh a bit more and / or can produce a few extra Watts of power on analogue bikes don't.

Is it just another marketing wank or should I consider buying E Everything?

Mugen (May 6, 2020 at 23:15)
You definitely do not produce anywhere close to the power of an ebike in boost mode. And generally you won't notice the weight penalty half as much.

Because of the weight and stability they allow you to plough through rock gardens, and it is a bit harder to unweight the bike, so a little extra toughness helps.

Finally, even on a quick lunch time spin, you could easily end up 20km from your car/house/office, so you really want to prioritize reliability, as pushing one of these things back is not much fun at all.

Shredtheduck (May 7, 2020 at 0:50)
Lose a bit of weight yourself , you'll get faster and then you definitely wont need those wheels so you wont need moan about it being marketing.

kanioni (May 7, 2020 at 1:50)
@mountainsofsussex: I think those are constant power numbers and peak power output can be even significantly higher, but I'm not sure.

jaame (May 7, 2020 at 5:29)
@kanioni: that is also what I thought. I've put out a max of over 1200w on my mate's smart trainer. I researched it once. Chris Hoy was putting out something like 2700w. Graves and Rude are in the high teens. Mark Cavendish's sprint finish was 1600w. It's a lot more than an ebike, even from the likes of normal blokes like myself.

sivraj (May 7, 2020 at 6:40)
Its a little marketing, a little simple physics with additional inertia and bike weight but also a level of insurance/warranty issues that come into play. Power has nothing to do with it. The force an ebike puts through the wheels from pedalling doesnt require specialist rims. Im a similar weight to you and always prioritise getting stronger wheels. If i had a heavier bike by choice, then I would make sure its matched with suitable wheels. Forgot the riders weight for a minute in your example of bike weights thats an additional 8kg spread between the wheels when hitting the ground on objects. Lastly all companies will try to de risk any product sold to the market so if you had non specific wheels and they failed causing a signifcant accident where your actions did not create an environment in which you were already at risk then it would be a pita for all in involved and you could forget any warranty.

mountainsofsussex (May 7, 2020 at 6:41)
@jaame: this www.bicycling.com/racing/a20041587/cool-things-we-learned-from-tour-de-france-strava-files article claims "Fit recreational cyclists can hammer out about 250 to 300 watts for a 20 minute power test. The pros average 20-minute power pushes at 400 watts". Either way, even a euro spec ebike is a big help, and an American one must be borderline scary!

g-42 (May 7, 2020 at 9:45)
@Mfro - you've got roughly 55# on me, and I probably don't produce anywhere near the same sort of raw power numbers you do. Yet I keep finding that regular spec parts simply don't stand up to my use - and that's even though I roll/pump more than I huck. Hubs seems to have a really hard time with me, for example. So I can imagine the issues you must be dealing with.

I think in MTB, there's this unfortunate tendency for "better" parts to go lighter, rather than stronger. Yes, you can go DH everything for outfitting your trail bike - but that's still a compromise. So I, for one, am glad that e-MTB has all of a sudden brought burliness into focus in a way that it simply hasn't been. The extra awkwardness of a heavier bike ridden more and at higher speeds than normal by pencil necks translates into stresses and impacts that are at least a little closer to what an analog bike experiences under a right-sized person with a bit of strength. And the need to then make parts for those requirements that don't break the bank for mass-market products means now you and I can get those parts to replace the wimpy shit that came on our stock bikes. Win-win, I'd say.

AverageAdventurer (May 7, 2020 at 10:06)
@jaame: 250 nominal in Canada anyways. i believe the levo maxes out at 565 watts at peak power. So not that much relative to some of our Clydesdale riding buddies. I guess the argument could be made thats an assist and the rider could contribute whatever their sprint numbers are. Some of the not so legal bikes will have significantly higher numbers but most will be hub mounted and wouldn't need those wheels? Rims possibly? But those ones shouldn't be on the trails.

Chuckolicious (May 6, 2020 at 17:28)
Hey, whatever happened to the super test of all the tire insert offerings that was supposed to happen last year? Would love to see it. I have the Vittoria Airliners and love them to death, but tough to try out others without big financial commitment.

skidrumr (May 7, 2020 at 8:24)
I also got the Vittorias after much hand wringing and review and comment reading. Put them in the rear on both sets of DH wheels & tires (28mm wheels with DD casing, probably overkill, and 30.5mm wheels with WT EXO casing). I have to say, removing/mounting these inserts is cake.. think I got both wheels done in about 5 mins.

Chuckolicious (May 7, 2020 at 19:07)
@skidrumr: Yup, once you know the trick, super easy. I haven't had to ride flat out, but knowing I can is pretty cool too, especially on big trips to big mountains I don't know.

What size insert are you guys using for what size tire? I use 2.5s on i30 rims, which is right on the fence between medium and large inserts.

Also, I don't feel like I really need the rim protection up front. Do you notice much other benefit with these inserts? Damping or tire stability?

Chuckolicious (May 8, 2020 at 20:28)
@thegoodflow: I have them on two bikes. Both i30, one a 2.6 and the other 2.8. I use large for both. I’m so addicted to the “dead” feeling with so little high frequency that I couldn’t imagine not having them front and rear. Rode high end rentals without and it bugged the crap out of me. I ride 17-18 psi front and rear, both bikes.

donpinpon29 (May 6, 2020 at 23:39)
I wonder if tange ultimate is still available for bikes. Nail hitting the frame sounded thin as soda can

jaame (May 6, 2020 at 23:40)
That's amazing... but doesn't change the one I want! I don't see the attraction in steel frames myself. The Privateer and Knolly are a lot more appealing in my opinion. I think it's the thin straight tubes with the bulbous tubes welded on the ends for shock mounts and pivots etc that puts me off.

supertack (May 6, 2020 at 18:42)
So stoked to see kendama making its way into Mtb! It’s a good way to get your eyes off a screen and great for after ride beer / parking lot / nobody wants to go home and be an adult time.

jeredbogli (May 7, 2020 at 12:18)
Just ordered my copy of Broken and Costal today!!! If you haven't read any of the previous issues you should check them out, it is always a great read and gets you stoked to go ride.

spankthewan (May 6, 2020 at 19:39)
Green initiatives, my man. Traction coffee is dialed, and they’re giving back to injured athletes. What more could you ask for?

Jordansemailaddress (May 7, 2020 at 16:23)
Had me at the mesh covered nipples. Is that the fresh look in the Whistler Bike park this season?????

CrispyNuggs (May 7, 2020 at 4:39)
Broken and Coastal magazine = liberal social engineering propaganda. But if it makes all the less than 0.4% “badass...trans and non binary folk” happy and spoken for, that’s all that matters, right?