The Essential Guide to EWS Petzen-Jamnica 2018 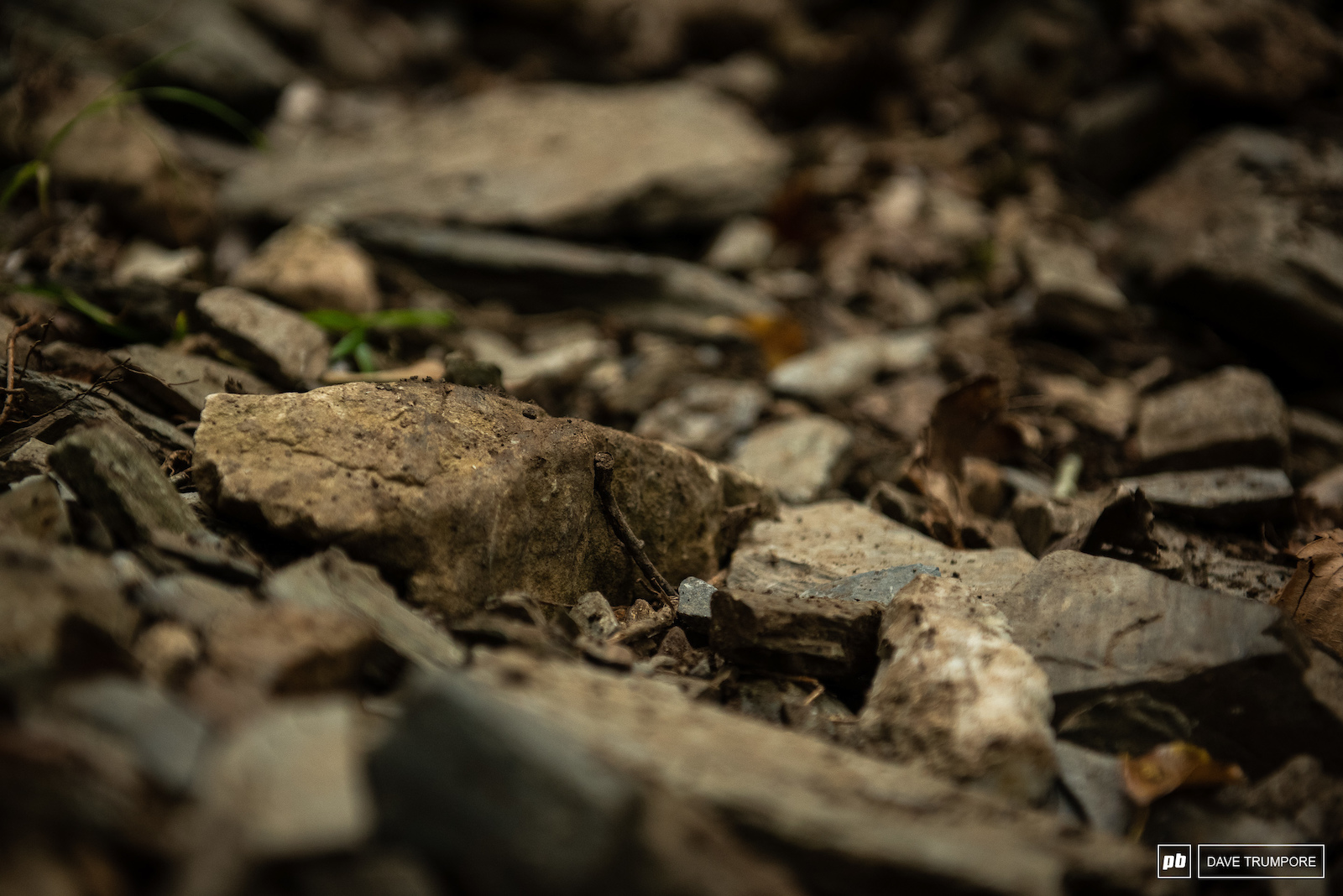 The
ESSENTIAL GUIDE
to
EWS PETZEN-JAMNICA 2018
Words by Farah Ahmed
“Everything that is hard to attain
is easily assailed by
the generality of men.”
- Claudius Ptolemy,
100-178 AD
Welcome to the fourth round of the 2018 Enduro World Series. Just as we mark the solstice, we also mark the halfway point of the season, and to celebrate, this round is being hosted in not just one, but two European countries.

It’s the first time Petzen-Jamnica will host the EWS, and there are some treats for the riders. For the first day they’ll start in Petzen, and then head over across the border to race on pristine singletrack in the pine forests of Jamnica. They’ll then head back to Petzen where they’ll descend back towards the town for the last stage of the day. The second day we’ll see riders once again start at Petzen, and will go on to ride on some of the longest stages in the history of EWS to date, with a few underground liaisons mixed in just for good measures (yep, rather than going around/over the mountain they’ll be cutting straight through by making use of an vast underground network of disused mining tunnels that are nowadays used as bike trails by the locals).

Petzen-Jamnica will surely provide us with another excellent weekend of racing after the back-to-back multi-event world of Crankworx these last two weekends. With the season being dominated by two heavy-hitters in the Pro Men and Pro Women categories, will this mid-way point of the season see the field take a different direction?


The Course
EWS Petzen-Jamnica consists of six stages split over two days, totalling 96.5km, with a total climb of 2,732m, and 5,026m worth of descending.


What Happened At The Last Round

Day 2 of the third round of the EWS finished with Richie Rude and Cecile Ravanel topping the results sheets as they had done the previous day. Ravanel took seven out of the eight stages that weekend, with Isabeau Courdurier riding through a big crash during training to go on to take second place. Ines Thoma rounded off the podium in third after a consistent performance on Saturday and Sunday.

In the Pro Men’s field, Richie Rude and Adrien Dailly had battled it out on Saturday and into Sunday, going into the final stage on the second day with only a one-second gap separating them both. Rude pushed on further, opening up the gap by over five seconds on Dailly. Meanwhile Martin Maes and Florian Nicolai were hot on their heels and having their own battle for third place, with it eventually going to Maes after an impressive final burst on the final stage. 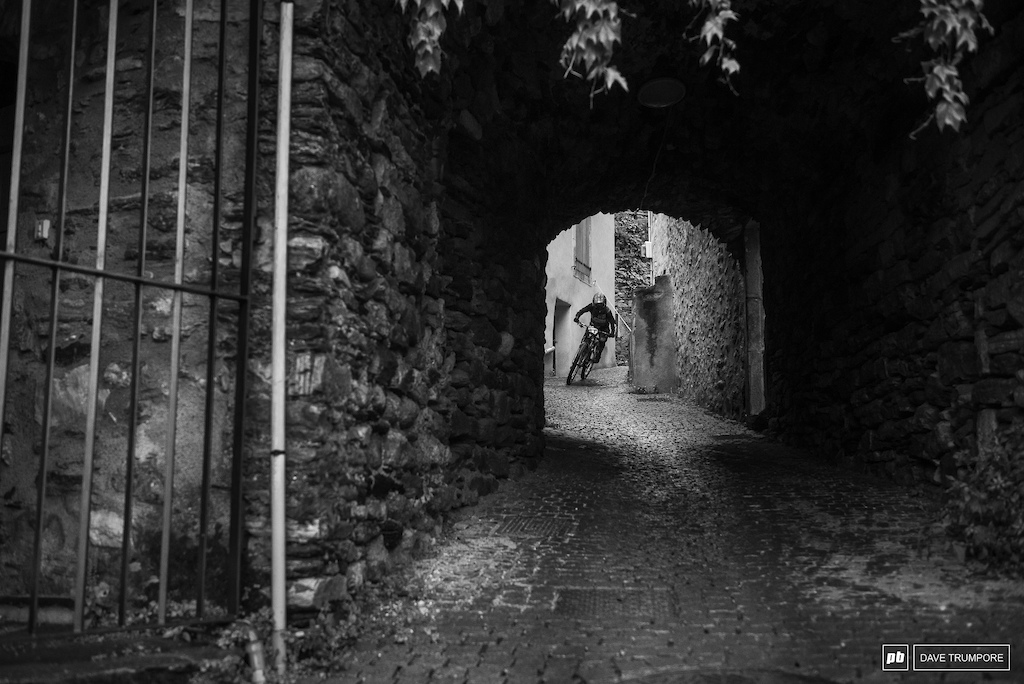 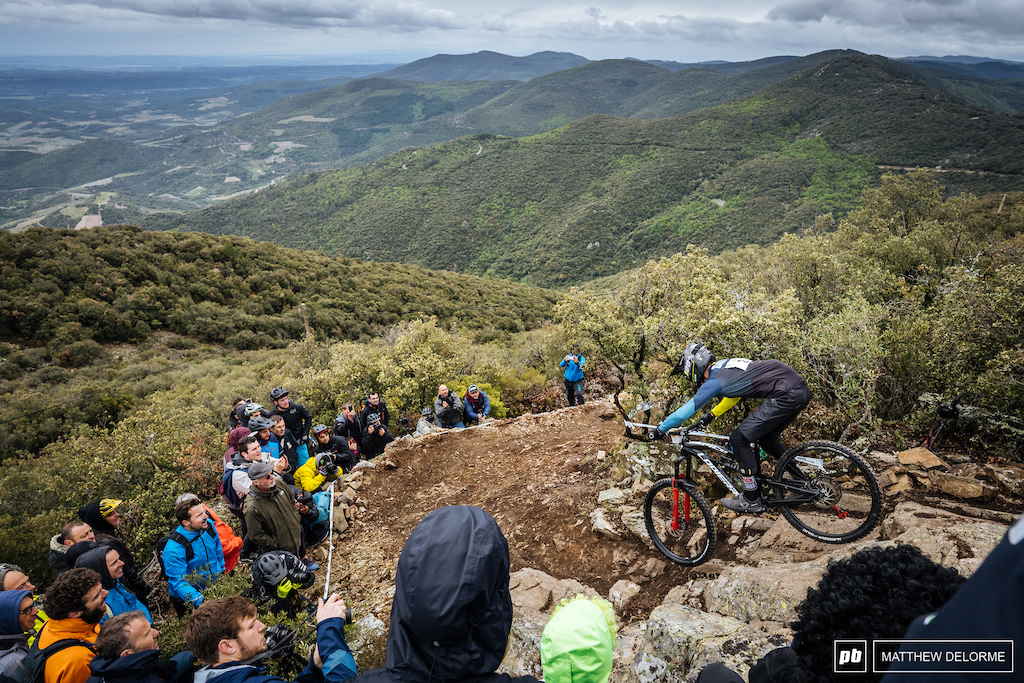 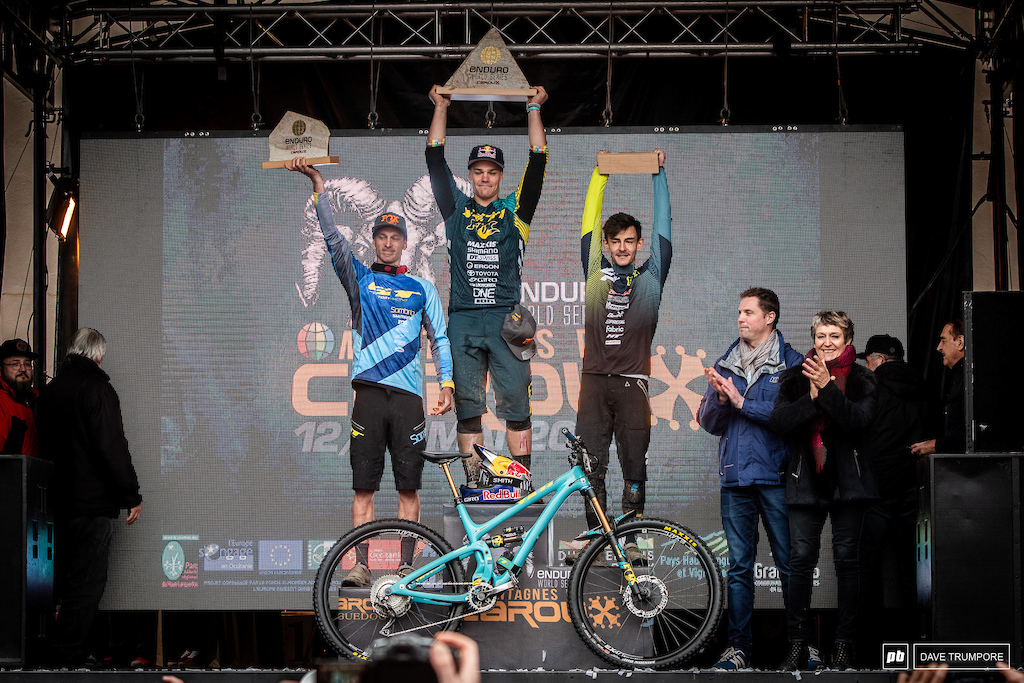 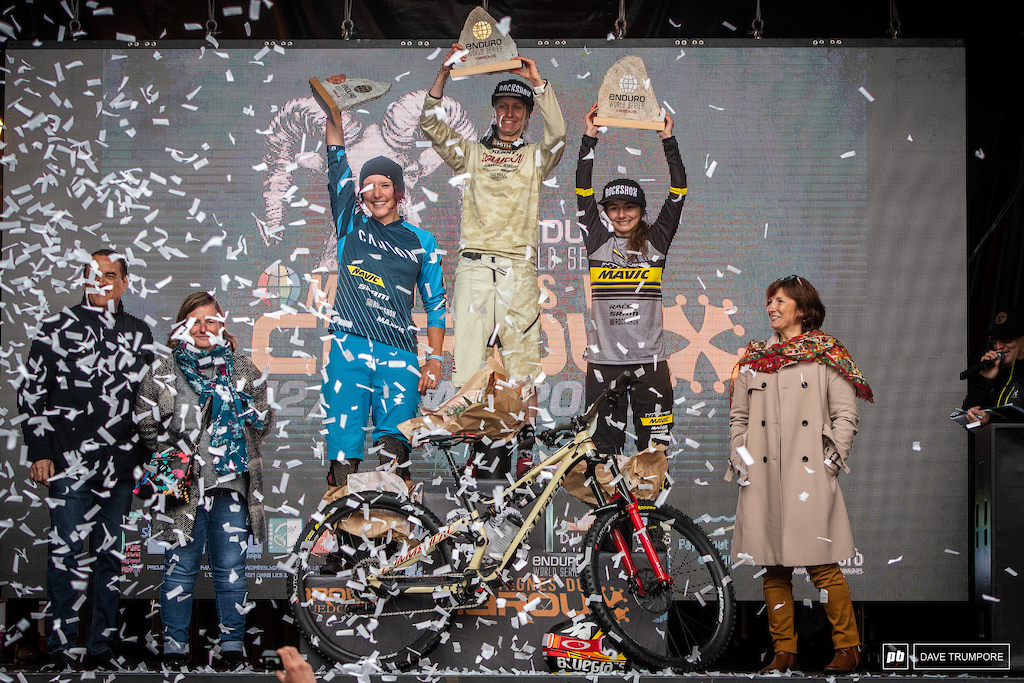 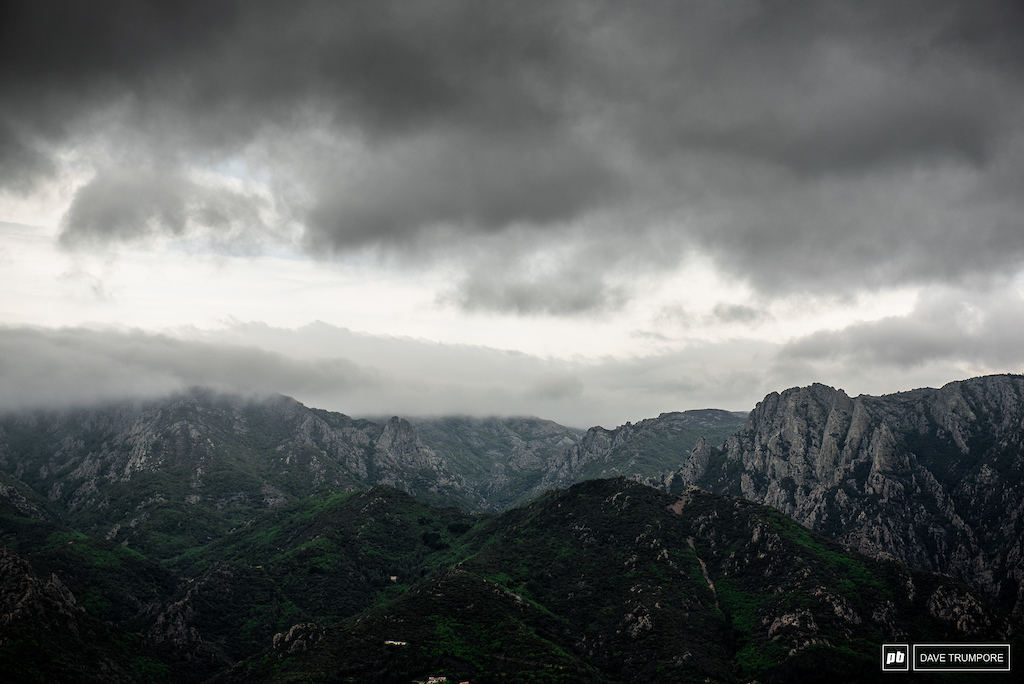 Weather forecast as of Monday 25 June. Live updates from Accuweather.

Wragg’s Predictions
“Are we really at the halfway point of the season already? It feels like we’re barely getting going with the title race.

The big news for the overall going into this race is that a training injury for Adrien Dailly has ruled him out for the foreseeable future. Doing some rough sums, Martin Maes is close enough to challenge Sam Hill’s points lead, but Richie Rude is the one I would put money on to be able to beat Hill consistently on track. To put the chase in perspective, for Rude to take the title, he needs Hill to suffer from some bad luck because even if Rude was to win every remaining round, Hill could finish sixth each time and still take the title. 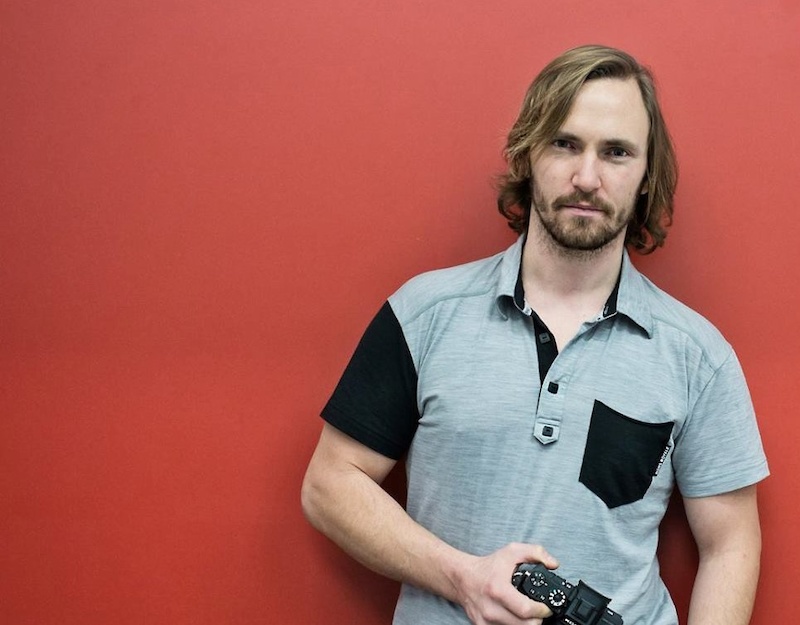 Pinkbike's EWS Predictionator
Looking at the riders just behind him in the standings, I could see Wallner, Oton or Tordo taking a win somewhere, but can they beat him for five straight races? If Hill can keep things steady - by his standards anyway - he has already put himself into a commanding position for the title. The question this poses for predictions is ‘How will he race the rest of the season?’ I think it’s a fair bet to say that he will hold a little something back, maybe taking a few less risks with an eye on the title.

On the track this weekend, I think Rude is going to be hard to beat if he’s on the same form he showed in Olargues. Maes would be my bet to keep him honest all weekend and I think Hill will take the final step of the podium, letting his younger adversaries lay it all on the line while he does what’s needed for the overall.

In the Pro Women’s race I’m going to hold firm with my early season predictions; Ravanel on the top step, Courdurier second, and Winton closing out the podium. Winton had something of nightmare in Olargues and despite this she still came home in an impressive sixth place, although with the confidence of a podium, maybe Ines Thoma can push her to the line this time? The one ride from Olargues that we do need to mention is Melanie Pugin. She was in my list of women to watch this season, and she has never finished worse than sixth at this level since 2015. Her fourth-placed finish at Olargues was her best result yet, and if she can hold that kind of form, I think it would say very bad things about the women’s racing if cheque books were not being waved at her this autumn.”

Must Know, Must See, Must Do 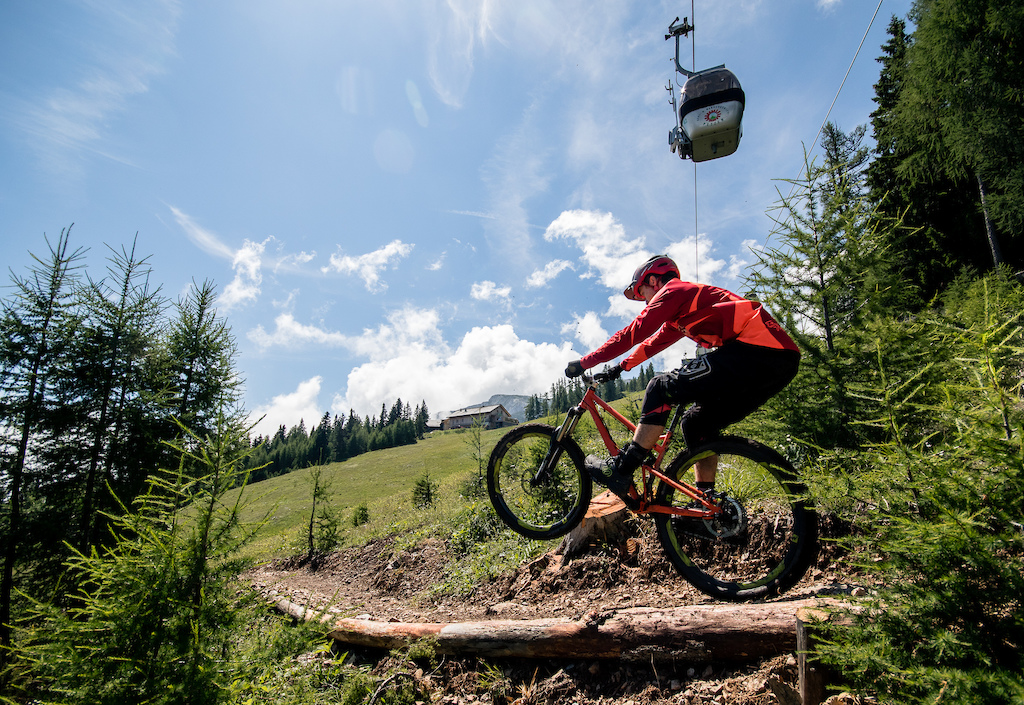 Credit: EWS/Miha Kolar
One of the highest mountains in the Karawanks mountain range, Petzen borders three major valleys, and straddles the Austrian and Slovenian border, with the former holding the majority (two-thirds) of the land covered by the mountain. At 2,125m (6,972ft) its peak, which itself has the border through it, is named Kordež Head in Austrian, and Kordeževa Glava in Slovene.

The Karawanks range is one of western Europe’s longest mountain ranges, and compared to other more known destinations in the European Alps, it thankfully lies relatively untouched by mass hordes of tourists.

Delving into its history, its thanks to the discovery and subsequent excavation of a cave in the Slovenian part of the Karawanks mountain range in the last century, that we know the area was home to early Stone Age settlers. Within one of the caves explored - the Potok Cave - archeologists excavated one of the world’s earliest known sewing needles, as well as the usual array of animal bones and arrowheads.

A few thousand years later, when the Romans turned up they soon took to the high-quality steel that the local Celtic kingdom of Noricum had been manufacturing thanks to the high-strength iron mined in the mountains.

The Noricum’s steel was much desired by the Roman army because of its superior quality, so much so that in exchange for its production for its ever-expanding army, the Romans agreed to protect the Noricums. After the fall of Rome, and a few exchanges between different factions, the Karawanks was then assigned to a string of duchies - notably the Duchy of Carinthia - under the overarching rule of the Holy Roman Empire, and then subsequently under the Habsburgs, where it eventually formed a part of Austria up until the end of World War I.

Not long afterwards, the area was an important point for a retreating Nazi German army in World War II, with the passes dotted around the Karawanks range being an area of intense fighting as they tried to hold on to allow their forces to retreat and surrender into the more appeasing arms of British rather than pro-Soviet Yugoslav forces. The SS unit tasked with this order managed to hold the Yugoslav fighters back enough to be successful, eventually surrendering to the British 6th Armoured Division in early May 1945, and in doing so were one of the last German units to surrender in the war.

The area remained part Austrian, part Yugoslavia after the war, and in 1991 when Yugoslavia was split up, Austria got a new neighbour... Slovenia. 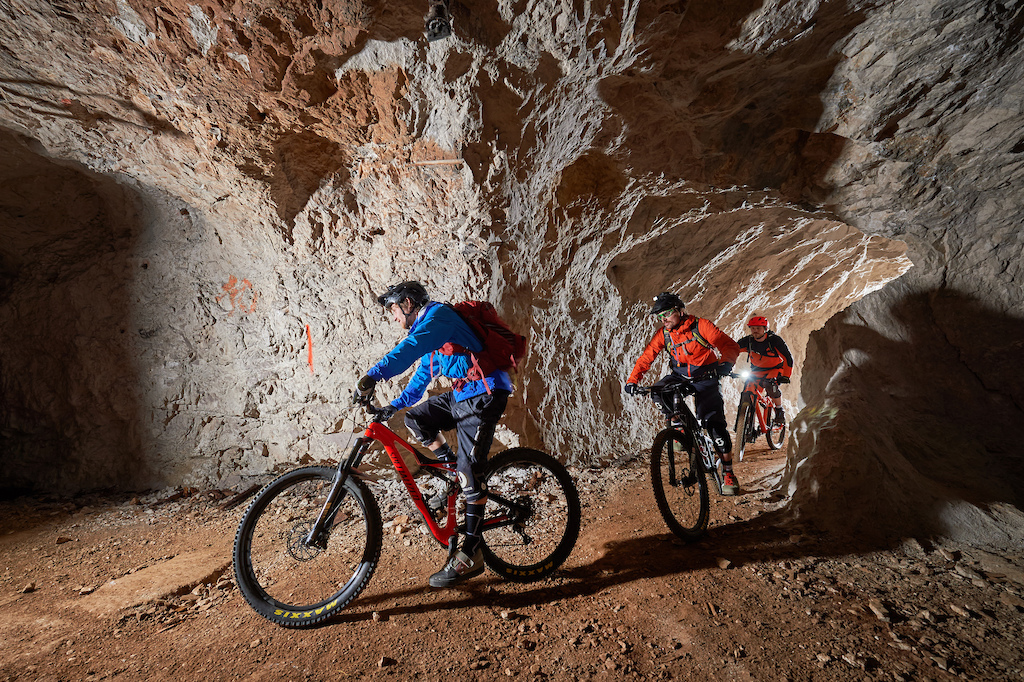 Credit: EWS/Tomo Jeseničnik
As with any European alpine destination, relaxation is always top of the things to do when on holiday here, as well as hiking, climbing and mountain biking of course. The area is full of a geologist’s delight, with the opportunity to see where two lithospheric plates have collided, there’s also a lot of natural caves and mines to explore.

The once abandoned pit named ‘Matjaž Cave’ after King Matjaž, is nearby. It features a bronze statue of the legendary king asleep which was designed by the Slovenian artist France Rotar in the 1950s.

Talking of mines, when you’re not riding some of the miles upon miles of biking trails - including one of the world’s longest ‘flow’ trails - there’s the unique opportunity to ride through one of the old mining tunnels in Peca/Petzen.

The fourth round of the EWS being held here is actually part of Black Hole Festival, which features a junior cross-country race, a marathon race which comprises of multiple mini-marathons combined, include transfers through the mountains thanks to those tunnels, women’s-specific events, a kids day, and numerous guided tours of the various trail areas (including that of the tunnels under Petzen).

Don’t forget, Pinkbike will be providing you with the best daily coverage from our team of photographers and videographers, in Austria/Slovenia this week. There will be content coming in from training on Thursday and Friday, and race day action recaps on Saturday 30 June ( Stages 1-3) and Sunday 1 July (Stages 3-6), with the final rider crossing the line around 1700 CEST (local time). You can catch the riders’ times as they progress through the stages on both days via the EWS live timing feature. 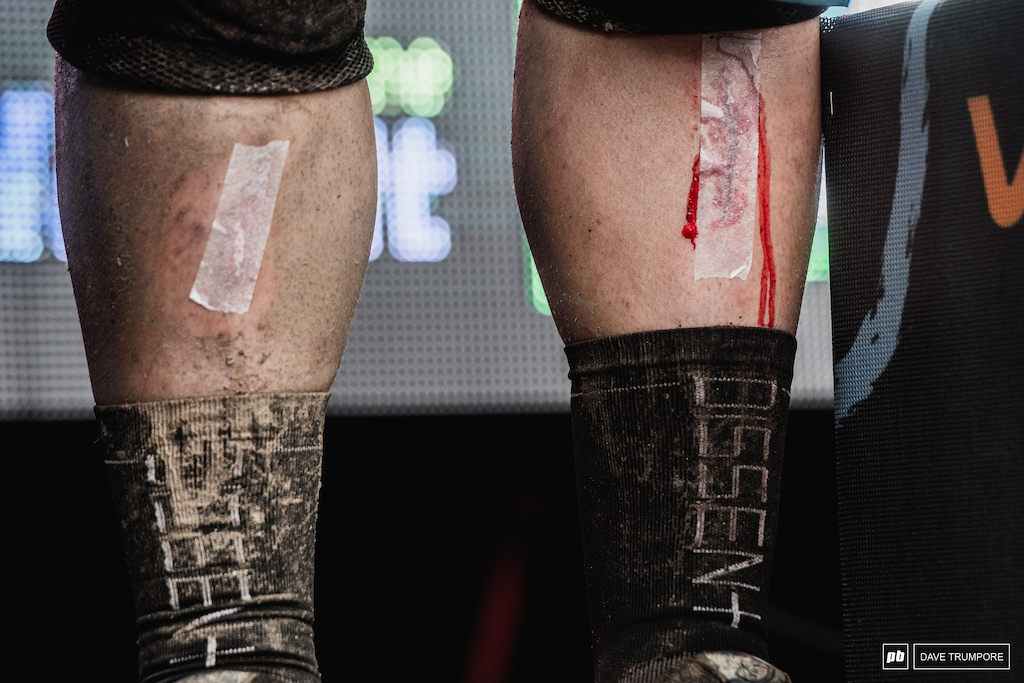 livlief (Jun 26, 2018 at 4:48)
"Assailed"??? Thanks PB for reminding me how much I thought of riding bikes instead of paying attention in school.

catweasel (Jun 26, 2018 at 2:02)
@Sam16-Adelaide: For some reason this reminded me of a scene in the 70 classic prison drama Scum that shot Ray Winston to fame. Rays character Carling meets the Daddy of another prison block for a showdown.
Carling "where's ya tool?"
Other Daddy "What tool?"
Carling "this facking tool!" pulls out an iron bar and beats the other guy with it.
The scene in my mind,
Sam16 "who's leading the ews?"
Ray Winston "Sam"
Sam16 "Sam who?"
Ray Winston "Sam facking Hill!" opens door next to him, Sam Hill jumps out and beats Sam16 with a flat pedal.
Sam Hill "I'm the Daddy now!"

My wife says I'm weird, having read this she might be right.....

winko (Jun 26, 2018 at 5:14)
Petzen flow country trail
Right next to the thriller track they will be racing on

Sn4kes (Jun 27, 2018 at 4:15)
No there are no stages in the tunnels, just a transfer. As far as I know they wanted to do a stage under the ground but because of safety precautions they abandoned the idea.

ceecee (Jun 26, 2018 at 17:49)
He's the dude who said what Farah Ahmed said he said--footnote unprovided. If a Black Hole opens in Jamnica....
Below threshold threads are hidden