The FMB World Tour Returns to Austria for Crankworx Innsbruck 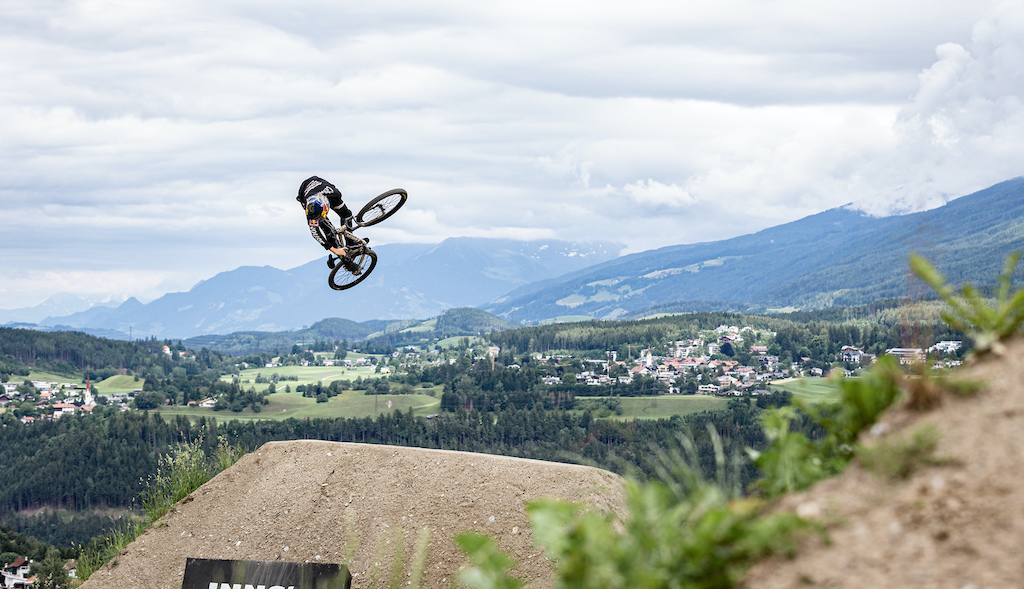 2020 might have thrown us a major curveball when it comes to the FMB World Tour season, but Slopestyle fans around the world can get stoked. The traditional Crankworx Innsbruck stop will take place on Saturday, October 3, albeit at an FMB World Tour Gold level, rather than as a Crankworx FMBA SWC stop. This has led to a few changes when it comes to riders and prize money.

Due to travel restrictions currently in place around the world, riders from North America that are not currently in Europe are not expected to be among the names on the start list. This could mean that both Nicholi Rogatkin (USA) and David Lieb (USA) will not be riding in Innsbruck, although this is still subject to change.

With some riders unable to attend, this has led to the decision to downgrade the Innsbruck SWC stop to Gold Level, meaning prize money and awarded points will also be adjusted conform the FMB World Tour regulations. As there are only two SWC stops on the calendar this season, a Slopestyle World Champion will not be crowned at the end of the season, and the prize money that goes along with the title will not be awarded.

All the action from the Innsbruck stop of the Crankworx FMBA Slopestyle World Championship can be followed LIVE on Red Bull TV.

Even though Crankworx Innsbruck will be a Gold Level event this season, riders will still be capped as per SWC regulations. Riders expected in Innsbruck include Emil Johansson (SWE), Erik Fedko (GER), Tomas Lemoine (FRA) as well as the two Red Bull Rookie of the Year winners - Lucas Huppert (SUI), who won the title in 2018, and Tim Bringer (FRA), who rode his first-ever SWC event earlier this year, in Rotorua (NZL).

To learn more about the Red Bull Rookie of the Year, check out the dedicated sub-page.

As only essential staff will be on-site, as well as the riders, judging will be done digitally. Both Crankworx and the FMBA are working hard in order to make this happen, as judges will watch the runs remotely and will be judging from home.

Keep an eye on http://www.fmbworldtour.com for more information as we get closer to Crankworx Innsbruck.