The History of the First BMX Cross Track in Hungary 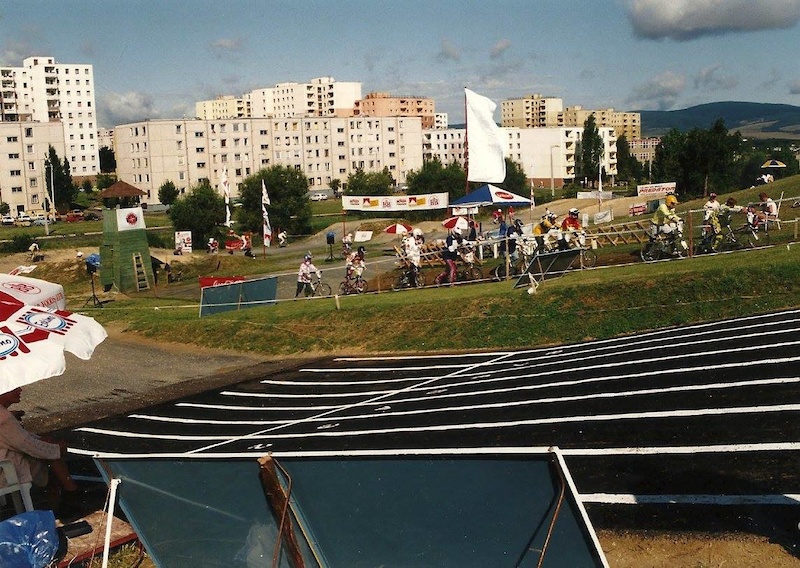 VESZPREM
HUNGARY
Pictures of the Grand opening of the track in October 23, 1988.

Around 1986 Ferenc Borbély the current owner of the track was racing motocross, and he suffered an injury. That way he had to stop racing and he was looking for other possibilities. Like training small children. He contacted the local government, and he got himself a place where they allowed to build a track. Because he had only a little knowledge about building motocross tracks he took some trips to the closer abroad countries to have a look at their tracks, to measure the elements and to get some information how to do these elements.

Later, he saw the BMX Bandits movie, and it was the time he decided that it won't be a motocross track more likely would be a BMX track. The work started around 1987, and the track was finished in almost a year. Sadly there are no pictures from that time. Then later in October 1988, they held the Grand Opening of the track. 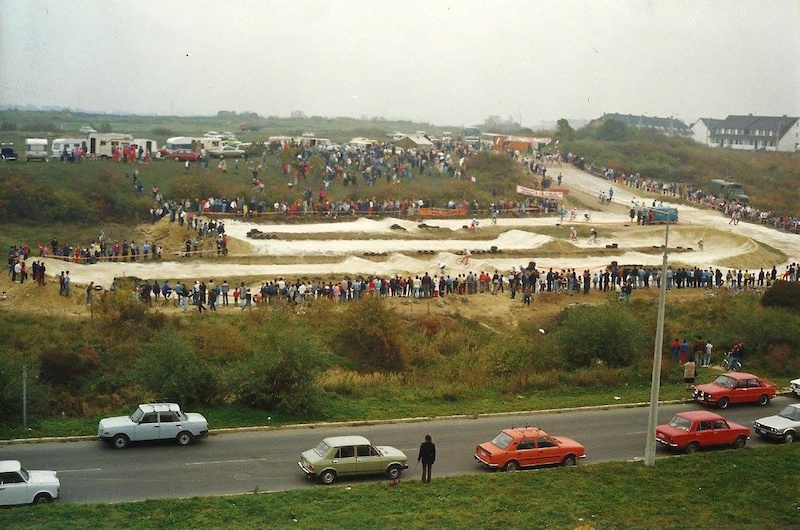 A lot of people come to visit the place because it was new for all of them. They have never seen such thing like this before. The track was perfect, every racer loved it.

One of the first races was held in October 1989 on the local track. More than 160 people were racing from 4 different countries. 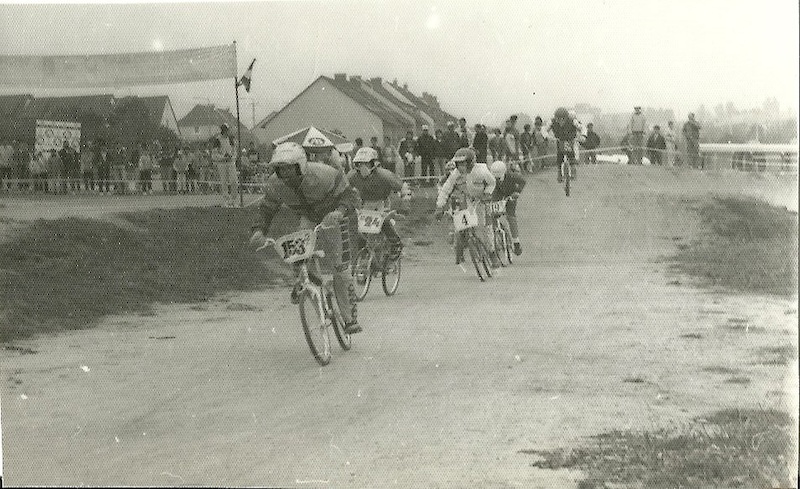 There were many races for the next 8 to 10 years. But then due to some family problems he didn't have enough time to take care of the track. So the place was dead for almost 5 years. Then his little child became 5 years old, and he showed the child the track they cleaned it up to have at least a singletrack and they trained on it. A few months later a few local guys were visiting the track and they met with Ferenc. They decided to completely rebuild the track. 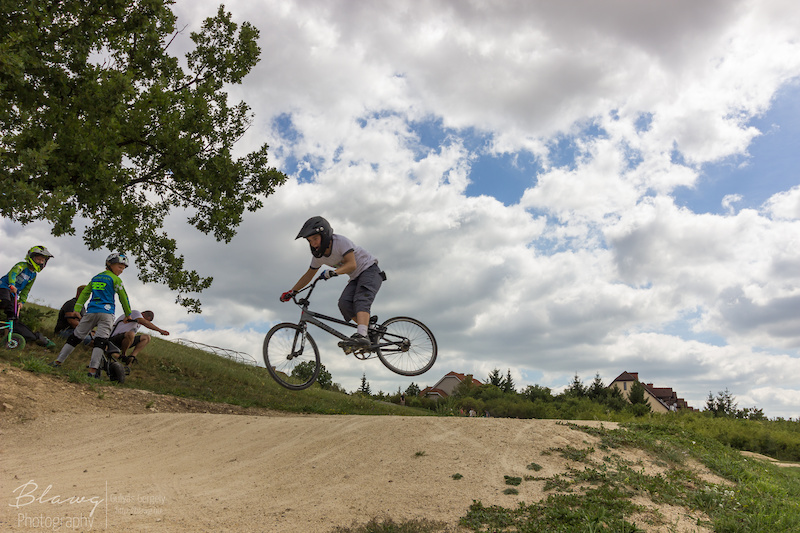 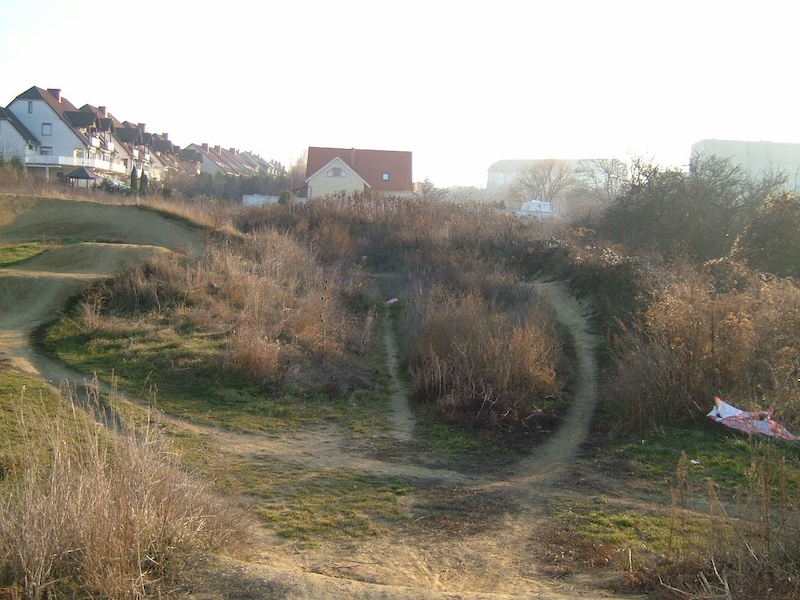 At the right side of the picture, you can see how the track looked like before it has been rebuilt. 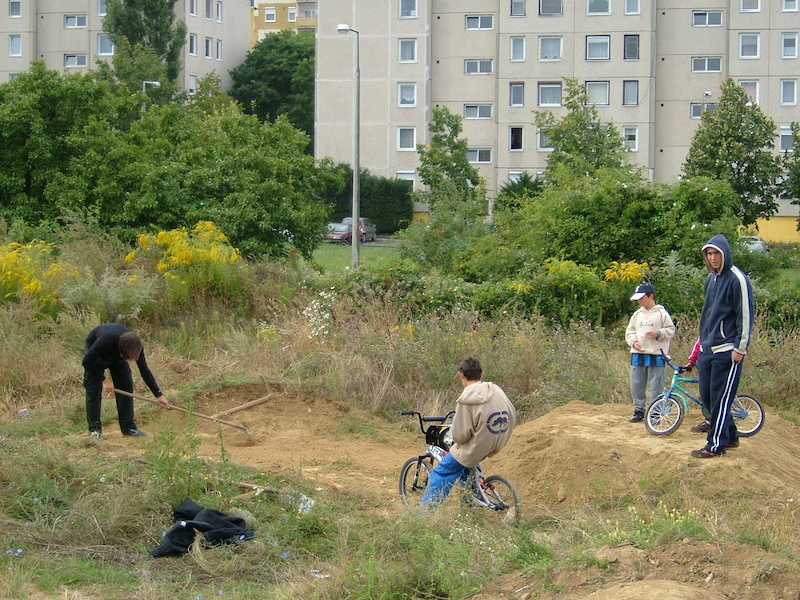 Most of the berms and elements had been destroyed and completely rebuilt. 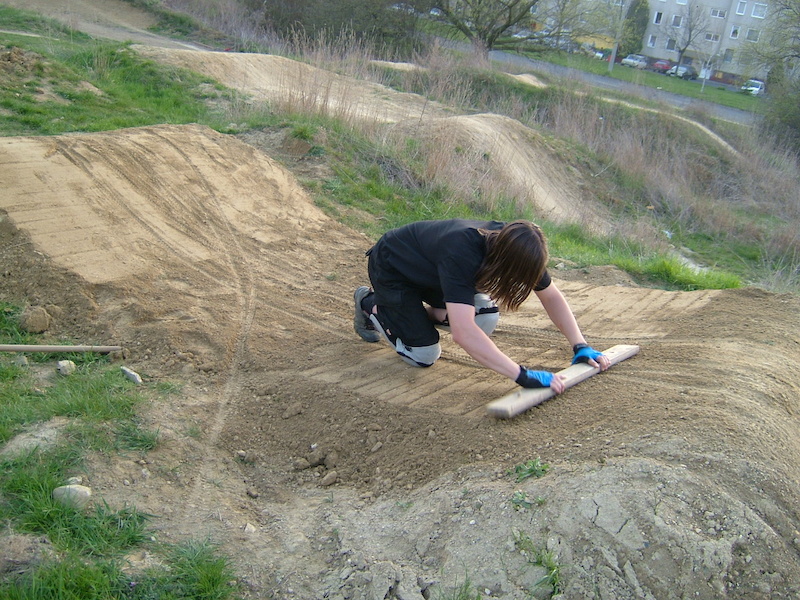 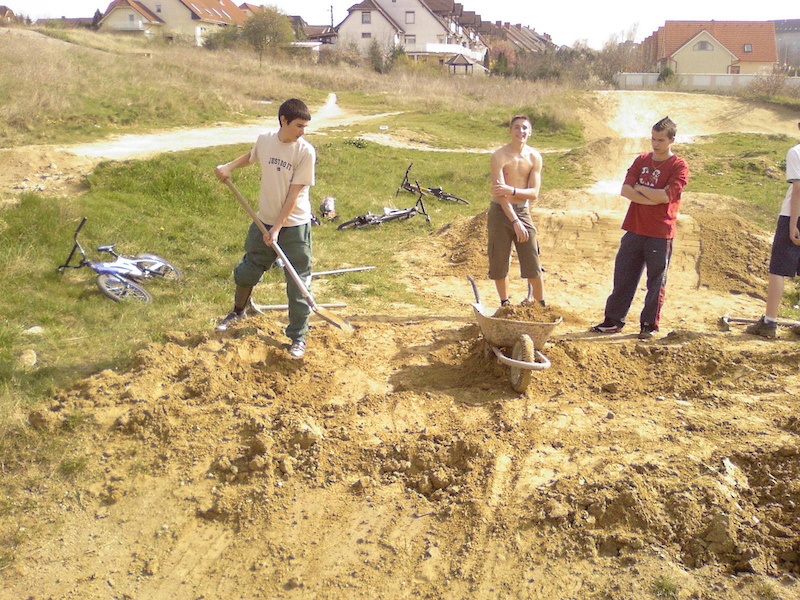 There was no money to build the track with Bobcats or anything like that. Just pure hand-power. There's much more picture in the album if you'd like to see more.

The track mostly reached its final state around 2013 and it became popular again. Not like in 1988, sadly. Not that many people were coming not as many children were interested. But through the years the track became a bit more popular. We are holding training for the children who are coming to the track. We can give them bikes, most of them are not so great because everything is made possible only by the owner of the track, who is very passionate about the whole track and to the sport. We are also attending many races abroad. Like the Alpe Adria Championship.

There are around 10-15 children who are coming to every training every week and they also love being here. And here's a video about the track how it looked like a few years ago and nowadays, and how our children and some of the adults ride along the track.


If you'd like to visit us, you can get any information you want about the weather around here and other stuff too. MTB and BMX riders are also welcome. We are planning to hold some night races in 2018 too. If you'd like to get future updates about the events held at the track, don't forget to leave a like on the Facebook page of the track. We're also looking for sponsors who can help us to make every day easier. Most of our bikes are very old and we don't always have enough money to replace some parts.

So much fun for beginners and for elite athletes also. :-)

Everyone is joking about that

There's a hungarian comedian who told he took a trip to the UK and said the people around him: "Hello, i'm from Hungary can you please .... (give me some directions)" and they gave him some change