Vallnord Invaded by Kids with their Push-Bikes

The Kids have invaded Vallnord with their push bikes

After the Masters World Championships and the World Cup, the Andorran resort decided to dedicate a day to the youngsters by hosting the Kids Rider Bike Challenge for the first time. The Vallnord Bike Park and more precisely its Kids Bike Park were invaded by children whose parents had no hesitation to drive more than eight hours in order to participate in the second round of this series which attracts and retains, throughout the rounds, more and more followers of the run-bike. 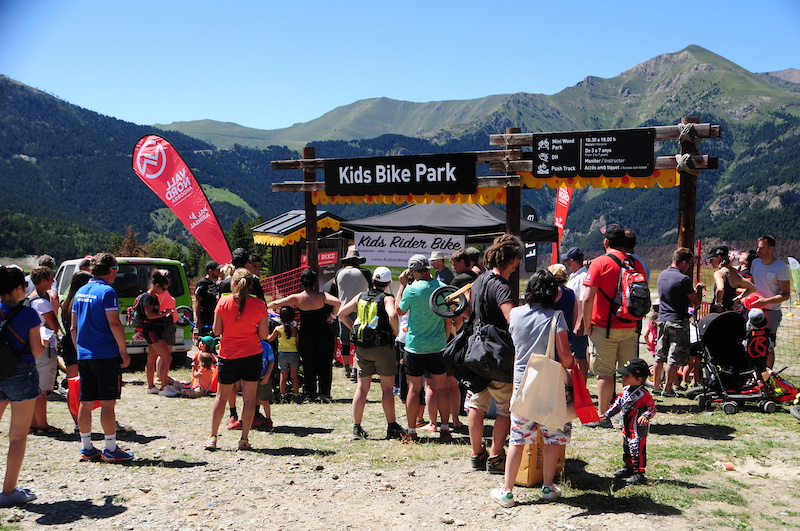 Andorrans, French, and Spaniards from 2 to 5 years old spent a day with a specific circuit that was worthy of a 12/14 inches scale World Cup layout.

After a wide start, the first sector was more cross-country, and then halfway through and until the finish line, the kids switched to DH mode, enough to satisfy children who, from a very young age, already have a taste for one discipline or another. 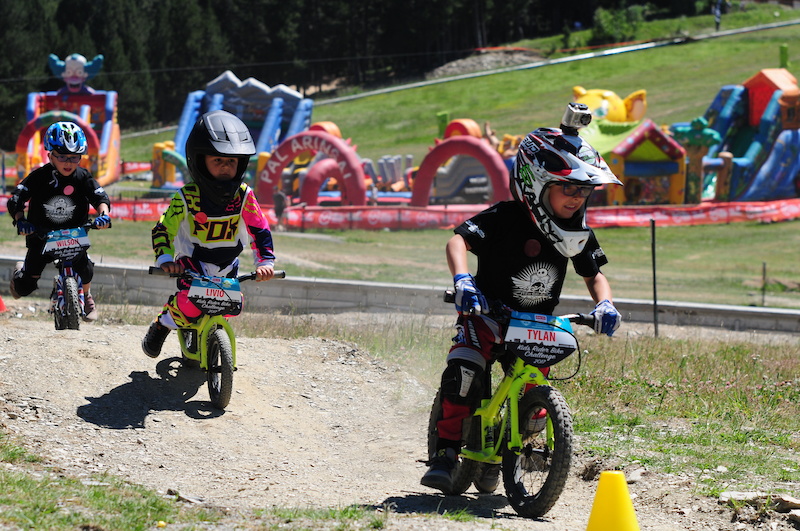 On the other hand, for the climb after the race, it was not by the pedals—they don't have any—but with the mechanical lift as for the big ones, a travelator suitable for their age.

From 10:00am to 12:30pm, each child became familiar with the circuit, then it was a break for the smaller ones and meals for the big ones before a nap to recover. A short nap because the kids were eager to switch to race mode. 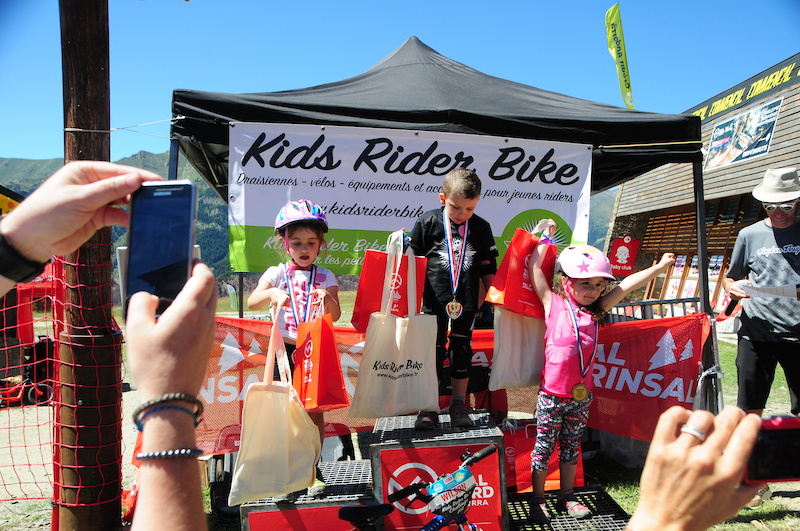 At 2:00pm, after sticking colored labels in order to recognize the categories, the pre-grids were established and the race started with the 2-year-old kids, then the following age categories with the 3, 4 and 5-year-old kids. Runs that each child took according to temperament, with some quietly pausing in front of the cameras of parents and grandparents, while others were in race mode.

The finals by age saw the victory in the 2-year-old kids go to Livio Maggiolini with Léo Parolin and Arthur Roux completing the podium. For the 3-year-old kids it was the victory of Travis Mico-Clement with Tilio Cotan and Julianne Fournier also on the box. Wilson Berger Cherrey with Tina Duedra and Tessa Marticella for the 4-year-old kids and finally, Tylan Dieu with Léone Maggiolini and Susannah Fournier in the 5-year-old category.

This round will stand out from other rounds because of its mountain location, with the first round of the Kids Rider Bike Challenge opening indoors last winter and will move onto another type of format for the third round, which will take place on the 16th of September as part of La Forestière (Jura) and then a different final on the Enduro des Minots in Martigues (near Marseille) on the 15th of October.

hotformullet (Jul 25, 2017 at 2:26)
Looks pretty well organised. Great to see the commitment at this level. When I was over there a few weeks back, there was a lot of stuff for sprogs at the top of the main gondola, near the DH WC pits - skills area with tiny tables, whoops and drops, and non MTB stuff for kids too. Now all I have to do is figure out how to get the wife to join us...